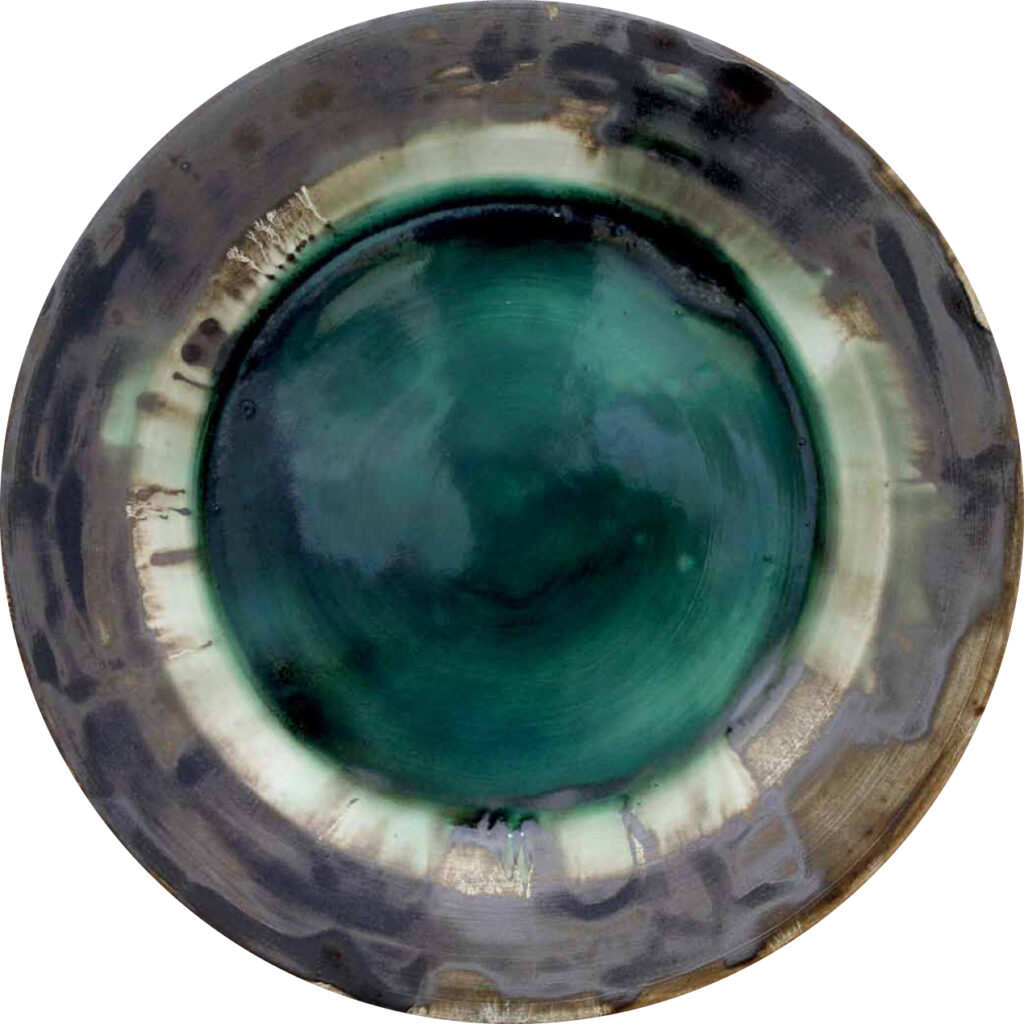 Unique plate, in a series of 225 variations, signed by the artist

Untitled (Plate) (2014) is a glazed ceramic plate, one of the 255 unique glazed ceramic plates Bernadet has produced during his 2014 summer residency at Moly-Sabata, France. In this series the artist expands his practice of oil painting on canvas into a new medium. Halfway between functional and decorative objects, the plates become the support of coloured compositions that are produced by the alchemy of cooking at 1000 °C and instantaneously evoke the painter’s palette in his studio as atmospheric or cosmic landscapes. In 2015, all Untitled (Plates) were shown at WIELS, Brussels as part of the exhibition Un-Scene III

Untitled (Plate) (2014) comes together with the publication 255 Plates, giving an overview of all plates produced by Jean-Baptiste Bernadet.

The paintings of Jean-Baptiste Bernadet show dazzling colours standing out on a dark background, which address the viewer directly. Nonetheless one can feel rejected by his paintings at first; its sensitive, rich and complex surfaces can force the viewer to ignore this feeling. Close to a kind of auto-fiction, as the artist calls it, the narrative of his paintings merges with the mental projections of the viewers.

Other works by Jean-Baptiste Bernadet