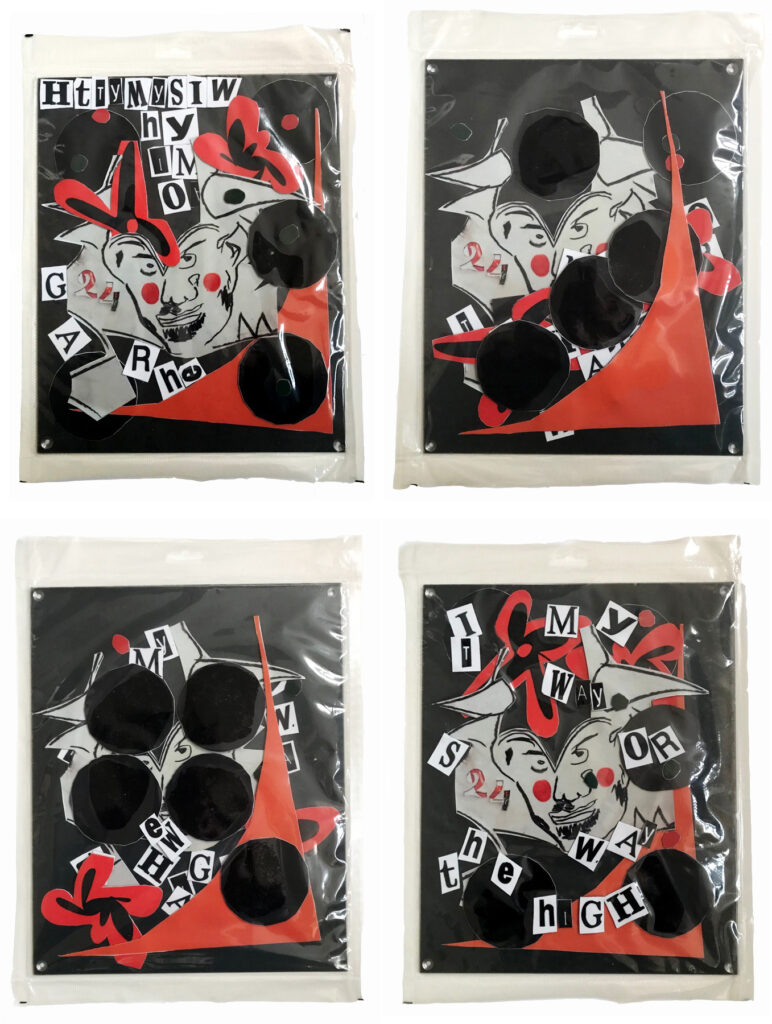 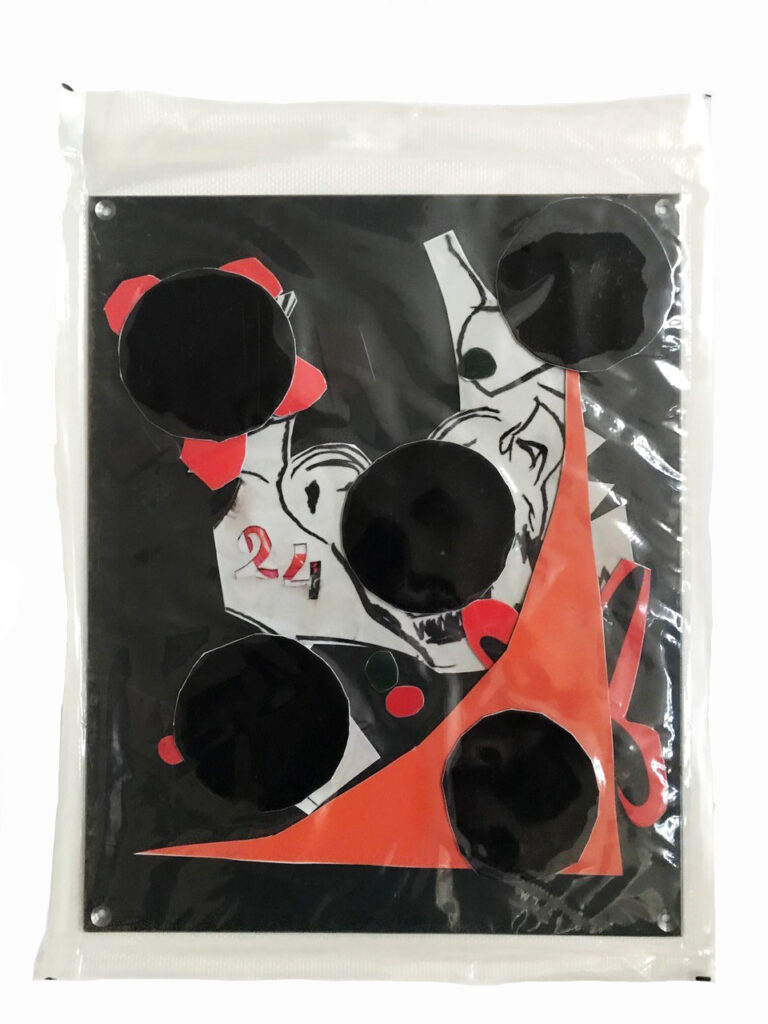 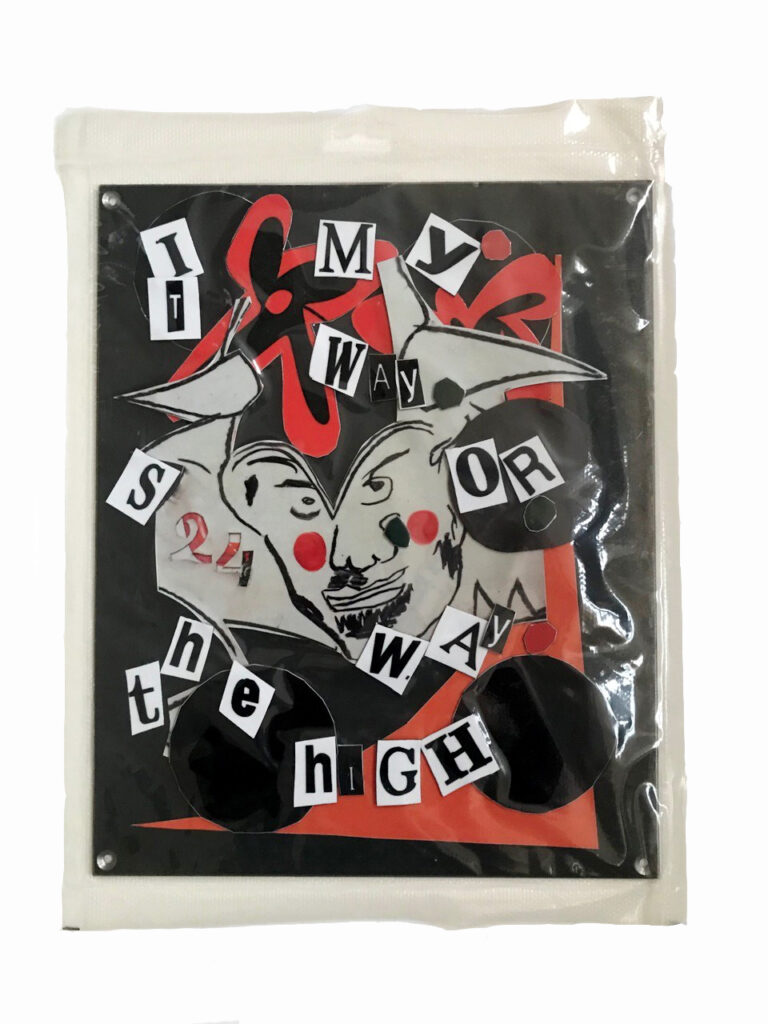 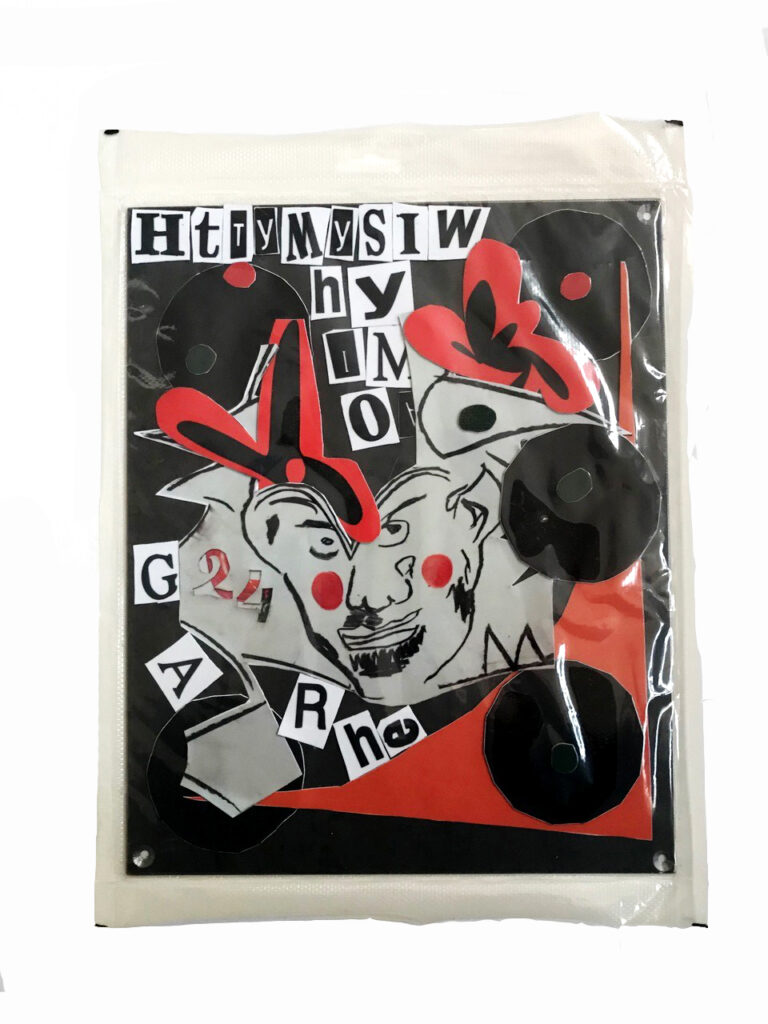 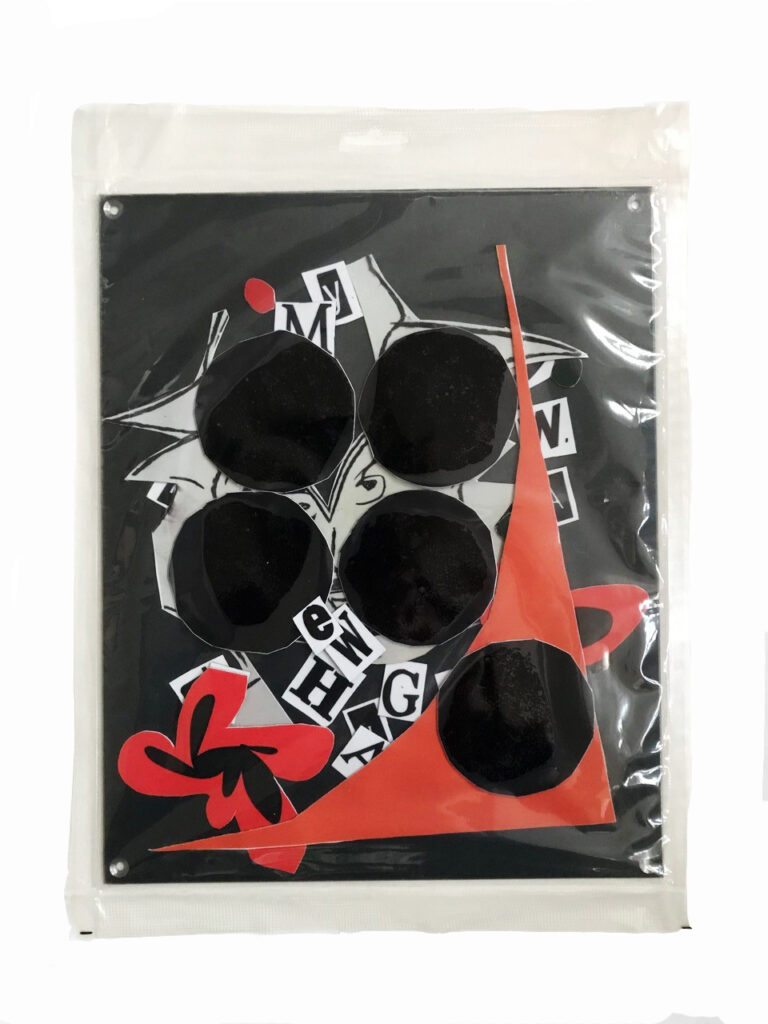 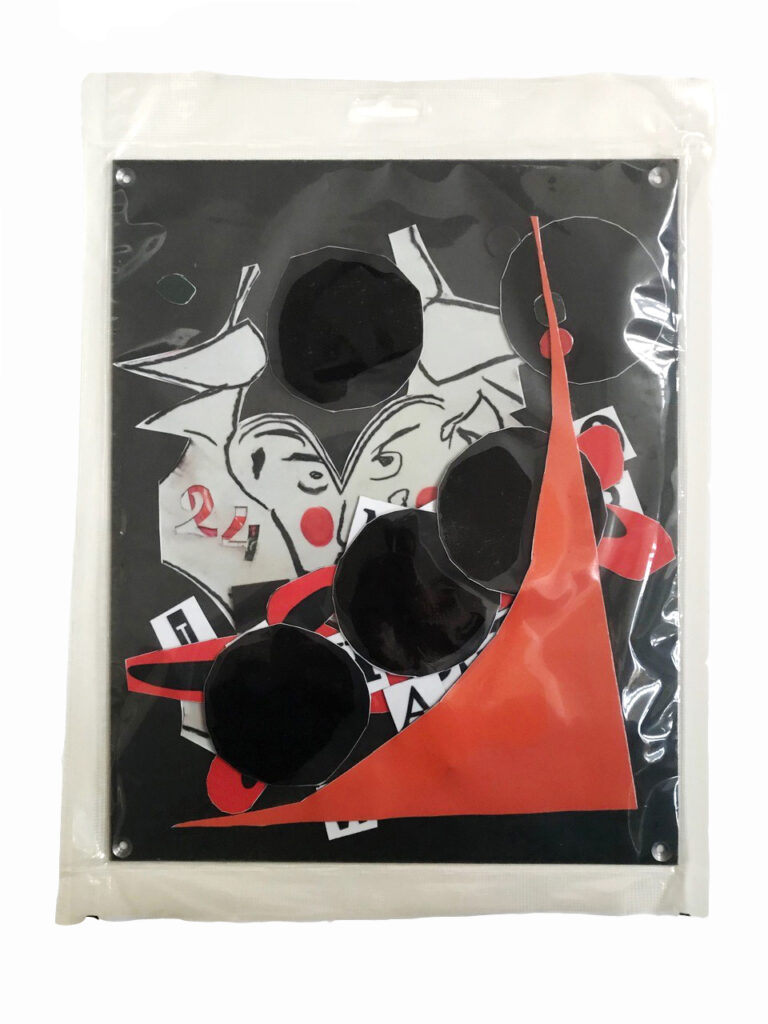 It's my way or the Highway

For this edition, Bob Eikelboom made a series of 20 magnetic collages. Each collage is composed of the same elements: five black circles, two Warholesque flowers, an orange element reminiscent of hard-edge painting, a figure that appeared in one of Eikelboom’s earlier works, the title of the work, and some small coloured dots. All these elements are presented on a metal plaque, each time in a different composition. Each composition is vacuum packed.

However, similarly, as with Eikelboom’s magnetic paintings, the input of the viewer is important. You can, of course, save the work as a vacuum relic, but you can also activate it – by opening it and creating your personal composition that you change at regular intervals.

You will see that there are too many magnets on the metal plaque and that these thus overlap each other. The idea is that the various magnetic elements gradually escape the rigid structure of the metal carrier and spread through your house – on the fridge, the heater or the mirror.

Bob Eikelboom is well known for his’ magnetic paintings’ – hybrids between painting, collage and wall sculpture – of which the artist says: “ they can be seen as a personal language that I have developed, in which collages are partly liberated from painting and as such play with the limitations of the flat surface.”

The magnetic elements in these paintings equally play with the viewer’s perception of artistic originality, as the magnets can be repositioned and thus question the artist as solely responsible for the composition of the different elements that together constitute the artwork. These questions of originality are further developed through the pictorial motifs Eikelboom uses in his paintings – which carry references to his previous works; references to everyday objects such as checkered plastic bags; as well as art historical references to motives used by for example Picasso, Matisse or Warhol.