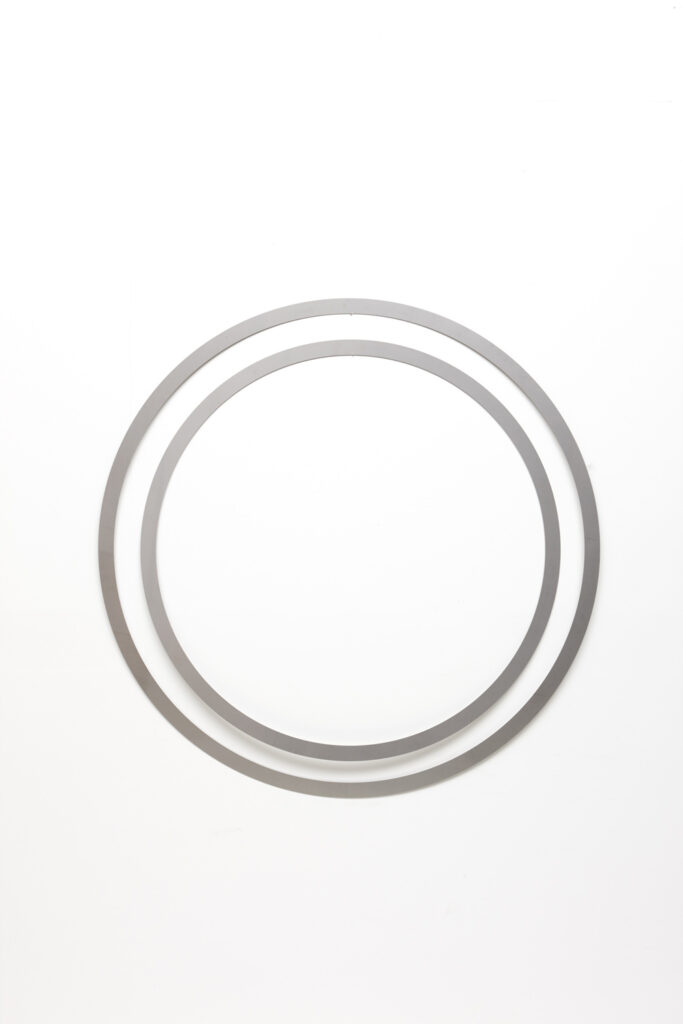 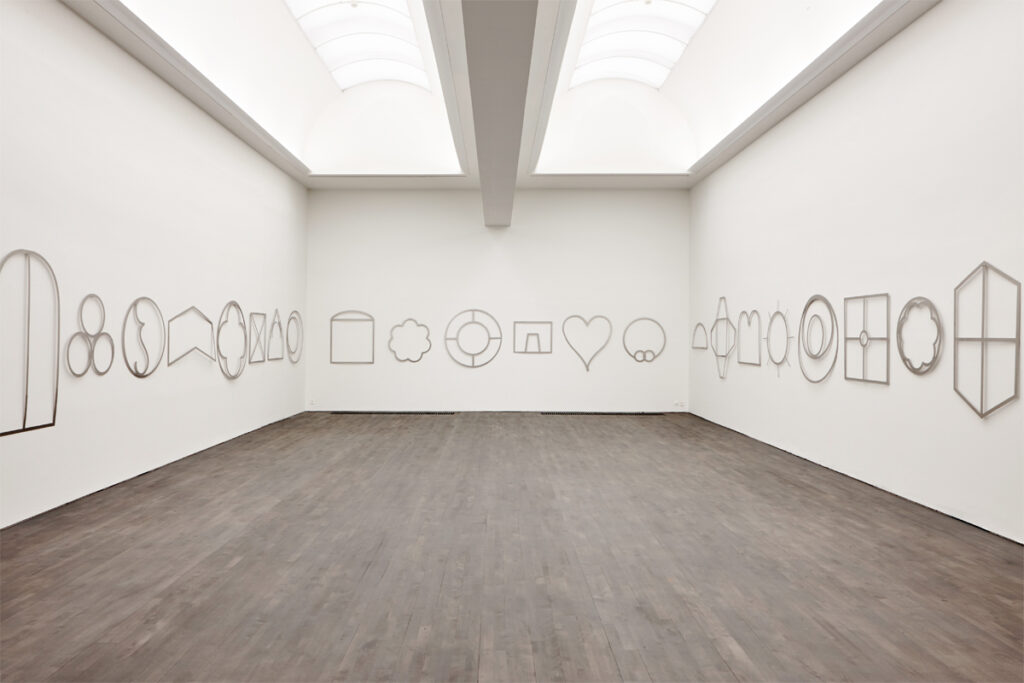 This unique sculpture is one of a 28 part series of full-scale sketches of parts of Ayşe Erkmen’s public sculpture for the Korenmarkt, Ghent. The motifs she employs were inspired by window decoration on buildings in Ghent’s historic city centre. The artist discovered them while on long walks she took around the city to prepare for her design.

The full series has been exhibited at S.M.A.K. as part of Erkmen’s 2016 solo exhibition.

Please note that this sculpture is made in unpolished stainless steel and that the small scratches on the steel are part of the work.

Ayşe Erkmen, whose practice, and in particular, site-specific works are etched in memory, takes the social and physical environment that she is in as a starting point and repositioning the existing structure in her particular style, impels viewers to think about space. Her works, which make spaces experiential, do not exhibit a concern for forming a formal language. Instead, the artist invites her viewers to engage in a dialogue with the physical, visual, social, and psychological dimensions of environments, such as museums, gallery windows, exhibition spaces, parks, rivers and squares.

The contemporaneity of Erkmen’s works is derived from her pointing to the already-existing in different forms. While she makes ‘sculptural’ propositions in her temporary interventions, taking the space as is in exhibition locations, she adds on as few ‘foreign’ elements as possible. Reconfiguring the objects and relationships in spaces that we encounter daily or sporadically by disrupting or getting rid of them, Erkmen interweaves art and life, forming singular areas. The artist thus makes visible models of socializing that open up reality; the works are complete only when there are viewers present.

Other works by Ayşe Erkmen