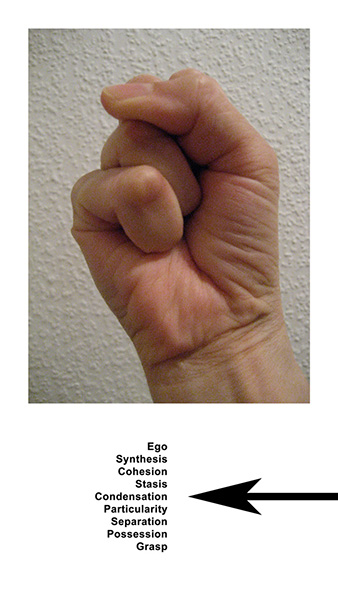 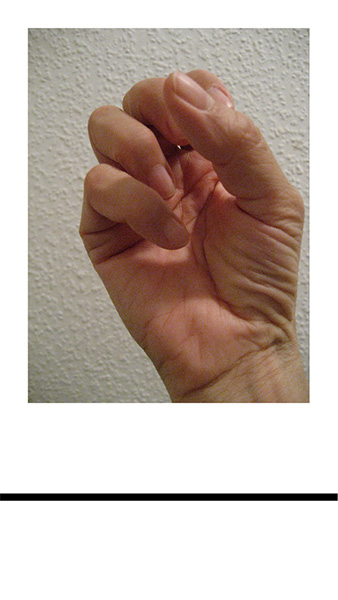 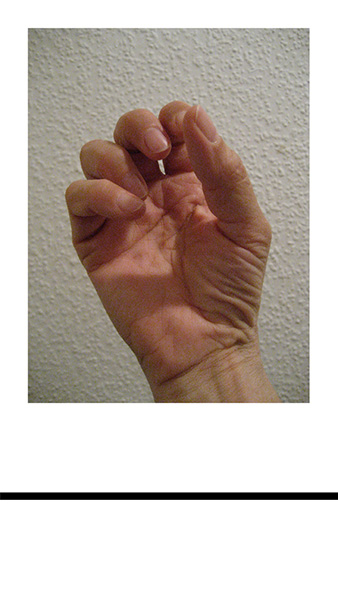 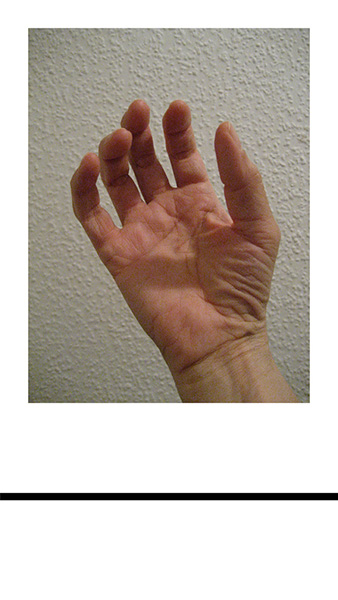 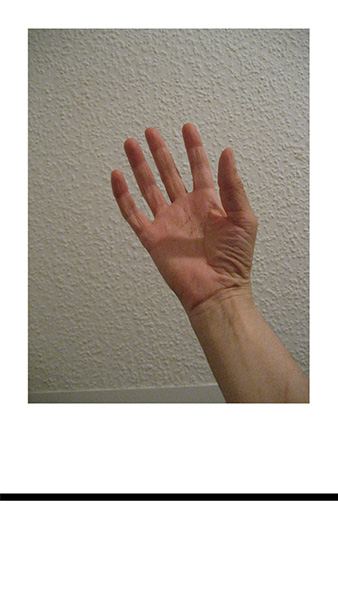 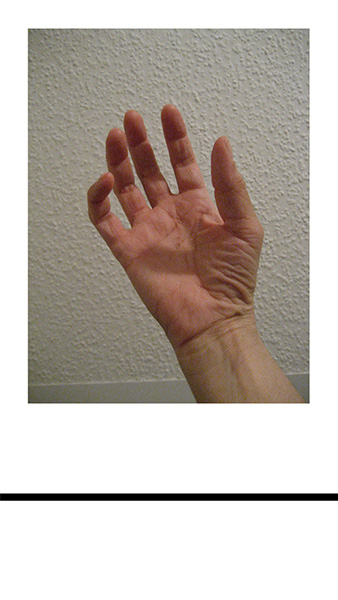 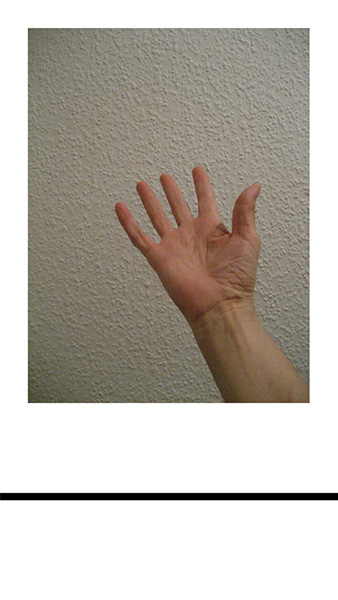 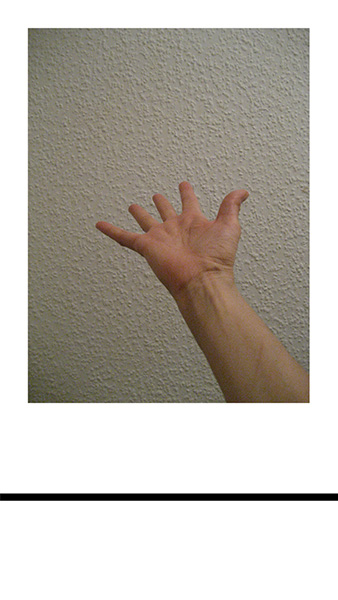 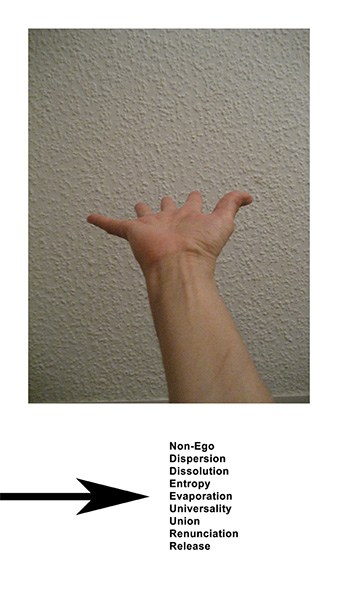 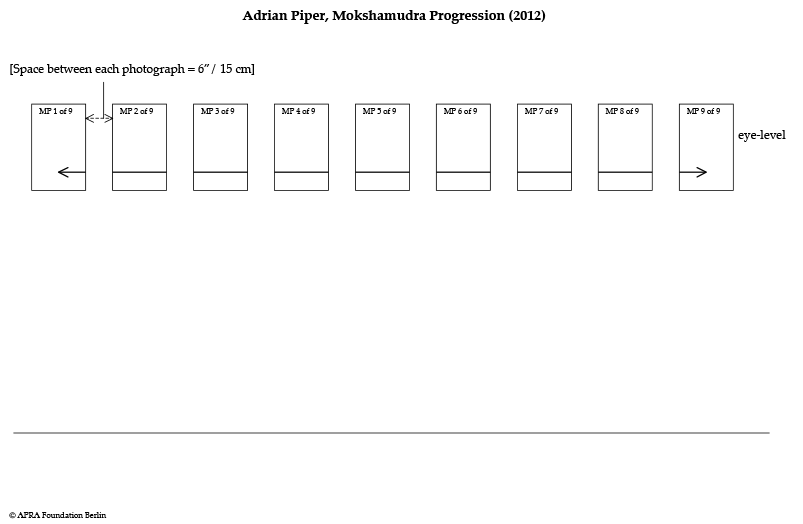 Mokshamudra Progression consists of a set of nine digital prints depicting the ritual opening of a hand. A mudra is a symbolic or ritual gesture in Hinduism. While some mudras involve the entire body, most are performed with only the hands and fingers. Moksha is a term in Hinduism that refers to various forms of emancipation, liberation, and release.

At the bottom of the first and last image of the series, there’s each time a number of concepts, such as ego, stasis, possession on the closed hand side and entropy, release and renunciation on the open hand side.

The artist wants the work to be installed in one line, with 15 cm between each print.
Please have a look at the last image to see the artist’s installation diagram.

Fusing personal experiences with an articulate political message, Adrian Piper’s work as both an artist and a philosopher has pushed her audiences to interrogate and reassess longstanding societal assumptions about gender, class, and race.

In the late 1960s, while still in art school, Piper took a job working for Sol LeWitt. Greatly influenced by LeWitt’s emphasis on the conceptual aspect of art making, Piper began to experiment with a series of radical, politically-charged performances that received a great deal of attention for their fearless and confrontational treatment of sensitive subject matter. For Mythic Being, 1973-75, the artist marched through the streets of New York City dressed as a man, complete with Afro and bushy mustache, bellowing out passages from her own journals. Funk Lessons, 1982-84, comprised a sequence of lectures teaching predominantly white audiences about the history of the musical genre, followed by dance instruction. And for what is perhaps her best known series of performances, My Calling (Card) # 1: A Reactive Guerilla Performance for Dinners and Cocktail Parties, 1986-1990, the artist handed out printed notes to people who had unwittingly (and unthinkingly) offended Piper, including one featuring the powerful opening line: “Dear Friend: I am black. I am sure you did not realize this when you made/laughed at/agreed with that racist remark.”

Piper has been awarded numerous significant fellowships, including the Guggenheim, the National Endowment for the Arts, and the Andrew W. Mellon. The artist was given a Women’s Caucus for Art Lifetime Achievement Award in 2014 and a Venice Biennale Golden Lion Award for Best Artist in 2015. The artist’s work is part of the collections of the Metropolitan Museum of Art, NY, the Museum of Contemporary Art, LA, and the Centre Georges Pompidou, Paris. Her seventh traveling retrospective, Adrian Piper: A Unity of Intuitions, 1965-2017, will originate at the Museum of Modern Art, NY, in the spring of 2018.