Tschabalala Self – at Parasol Unit, London

This first UK solo exhibition by American artist Tschabalala Self brings together a body of dynamic works, in painting, print and sculpture, spanning the first five years of Self’s artistic career. Self’s expressive works depict the human figure. The fluidity of movement and exaggerated form of her images are quick to capture the attention of viewers and elicit a vivid response. Primarily concerned with the concept of the Black female body within contemporary culture, Self examines the confluence of race, gender and sexuality through a variety of forms and narratives in which each subject – or as she prefers, character – expresses an individually powerful identity.

In her bold, confident and vibrant paintings and works on paper, Self plays inventively with figuration, deconstructing and recreating the Black female body, using various techniques, including collage. Pieces of collected fabric – sometimes African or African-inspired cloth given to her by her mother – and paper or perhaps sections of an earlier unresolved work, are sewn directly onto a work. The fractured figure so created seems to assert its own self-defined identity, and thereby fulfil the artist’s intention. Working in this way with mixed-media allows Self to blend fact with fiction, reality with imagination as she explores how the Black female body functions as a social and political symbol.

Voyeurism, the act of watching and of being watched, is an important component in Self’s work, which encourages a world of imagination, transformation and fantasising around a particular subject. Never imposing any vulnerability or sense of victimhood upon her characters, Self instead endows each of them with a positively pulsating confidence. At times, the unseen voyeur is made visible in her paintings: for example, through the huge, cartoonish eyes afloat in the background of Mira Mira (2016); or the two staring brown eyes in Bodega Run (2015). We are prompted to ask ourselves, whose eyes are they? Yet, the ever-watchful eyes seem to have no affect on the subject herself. In My Black Ass (2016), her most recent animation work, the Black female character comes to life, displaying her buttocks and genitals in an energetic dance, clearly indifferent to any watching eye. Although based on a particular ethnicity, Self’s innovative works nonetheless speak universally of all humanity and its collective concerns. 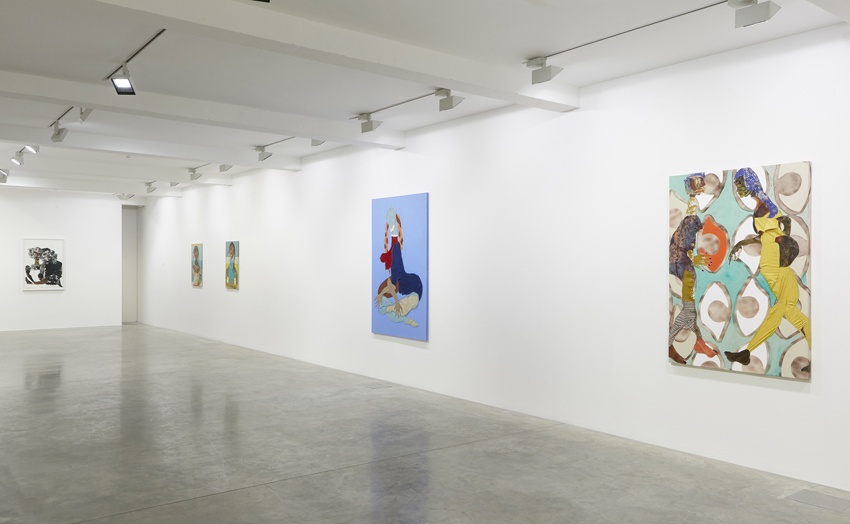 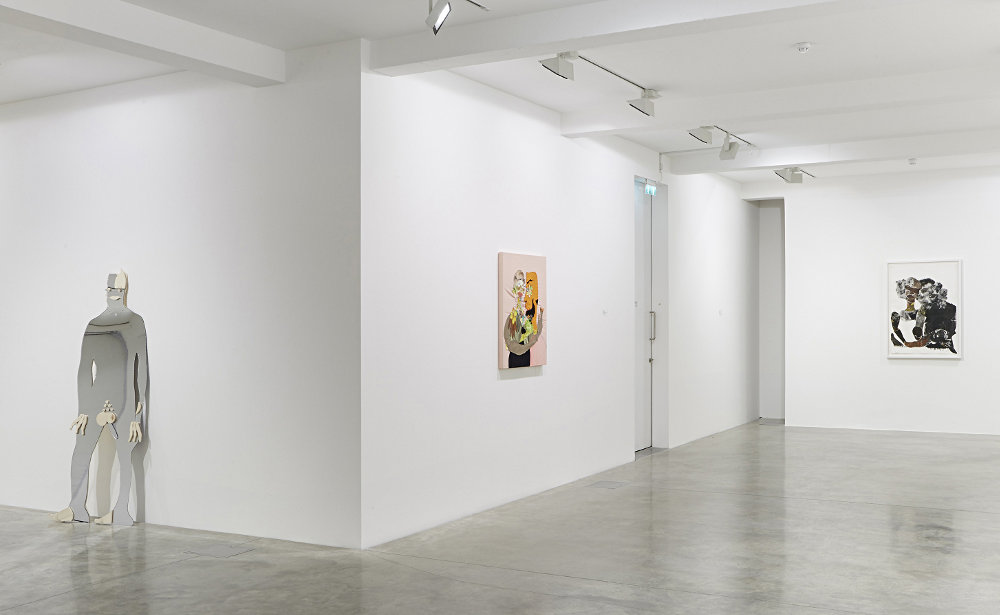 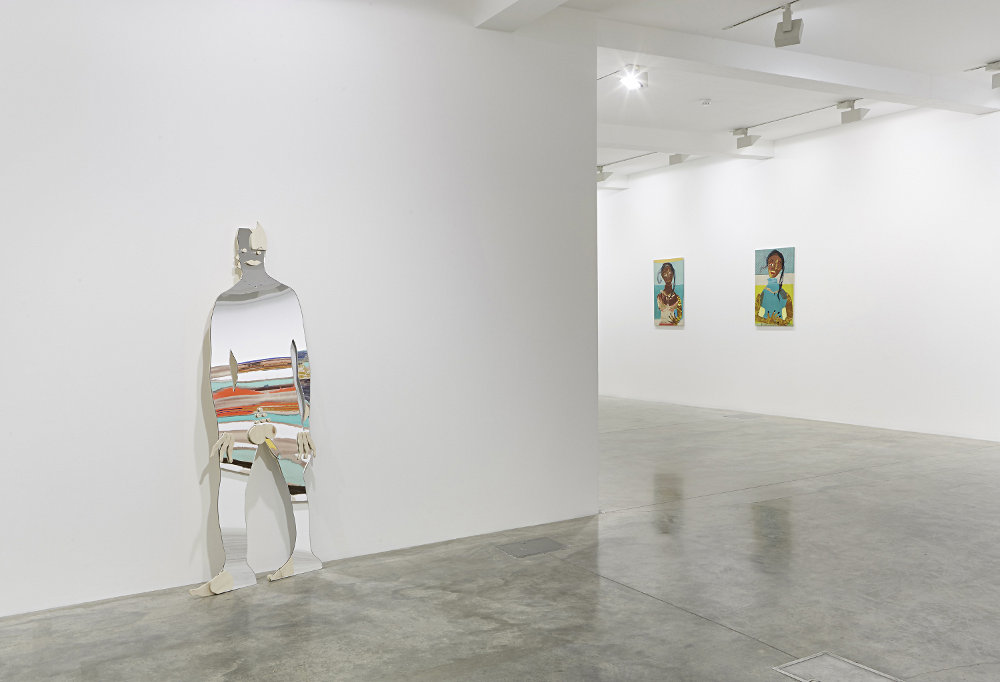 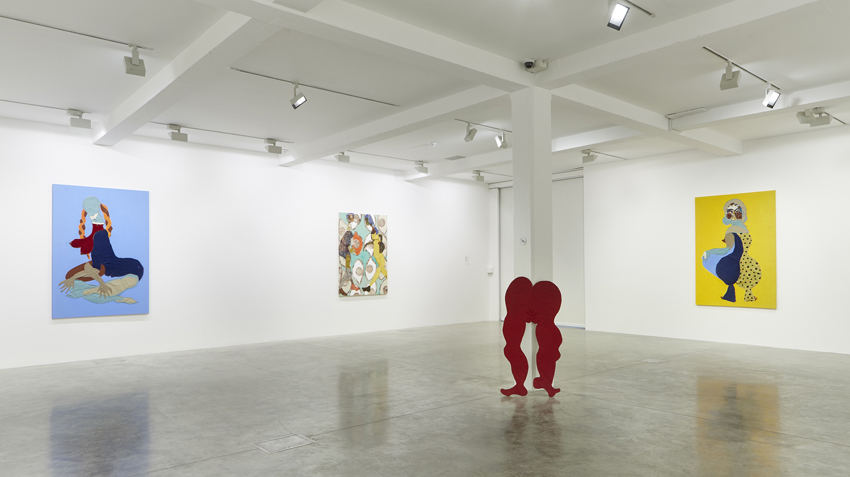 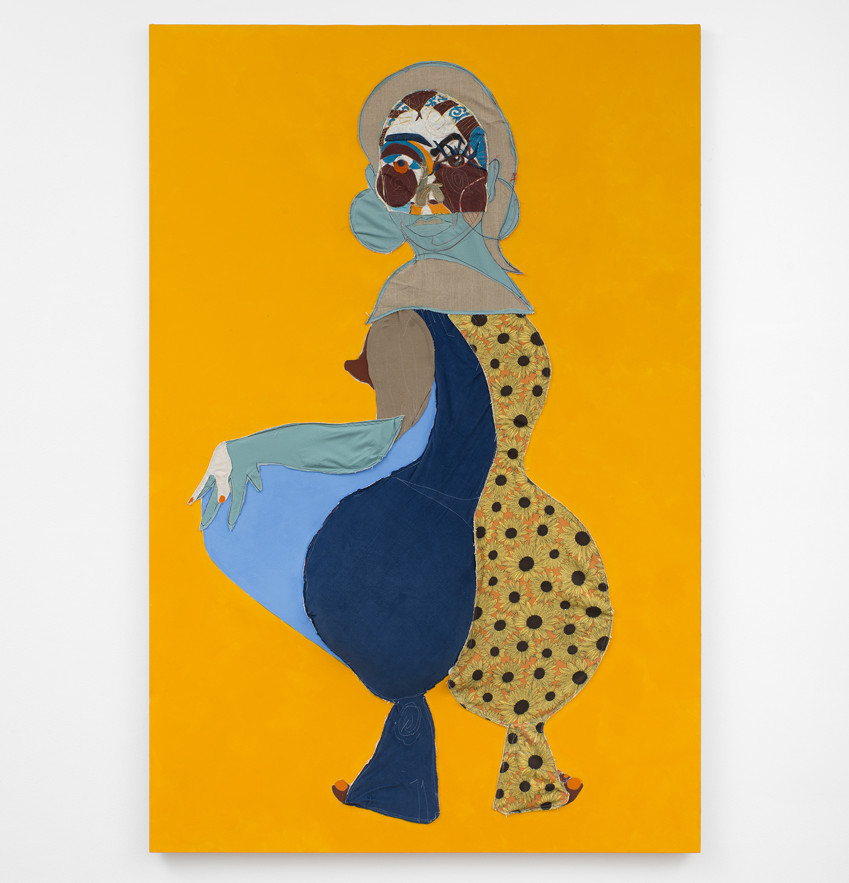 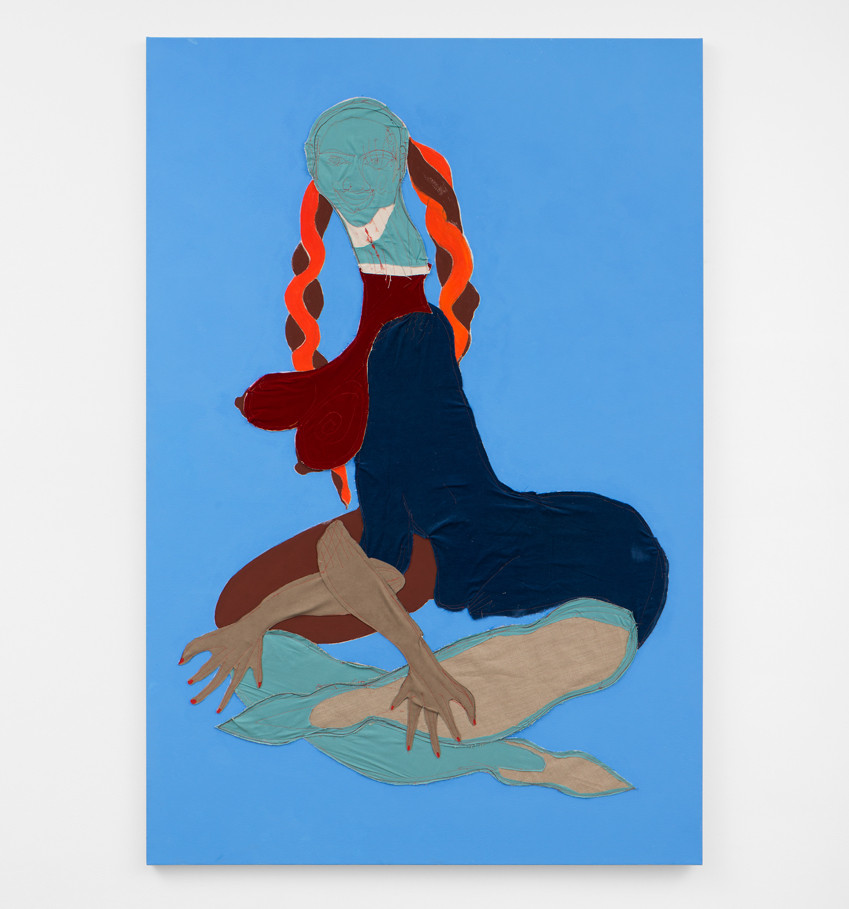 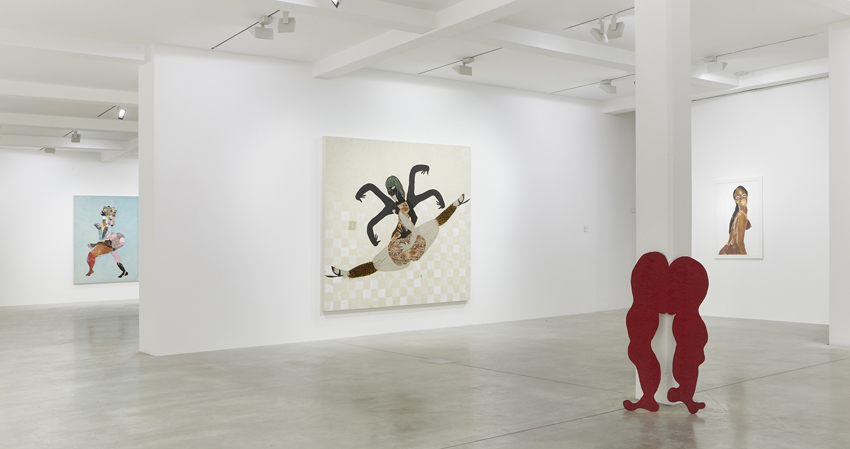 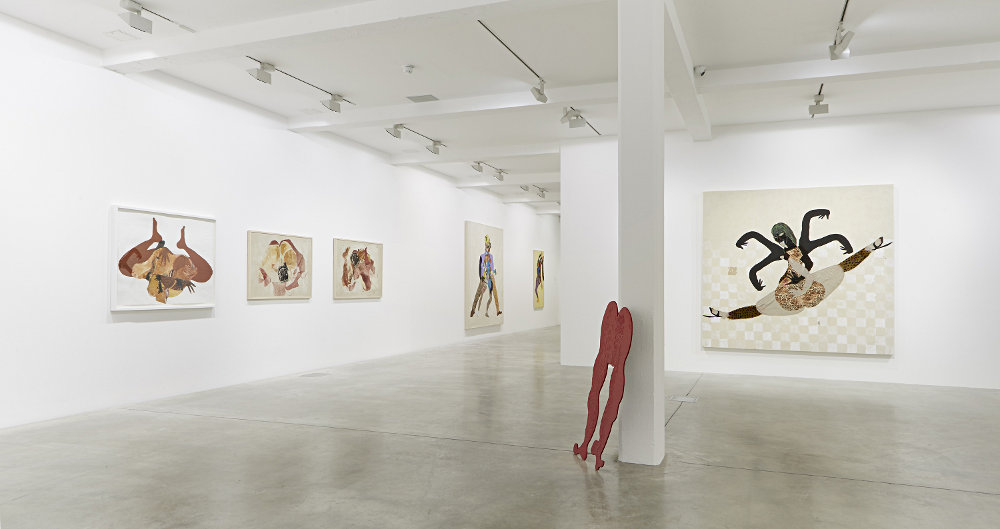 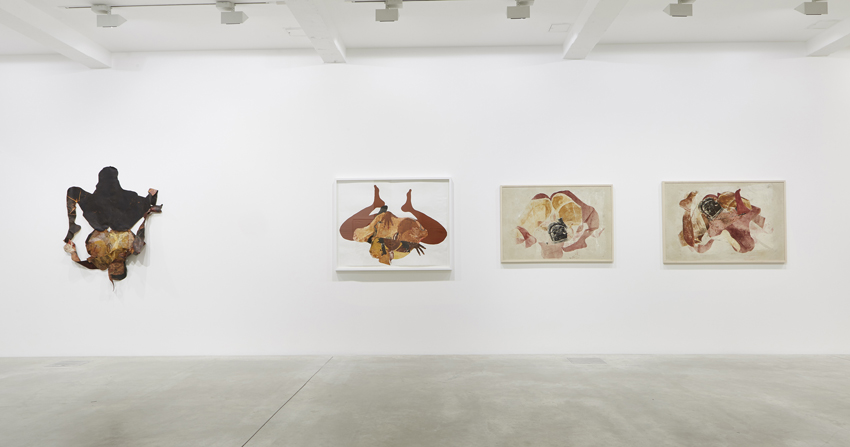 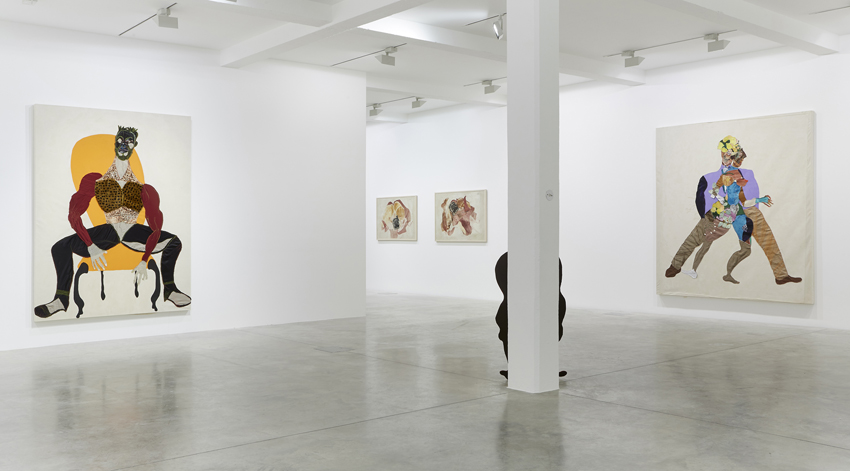 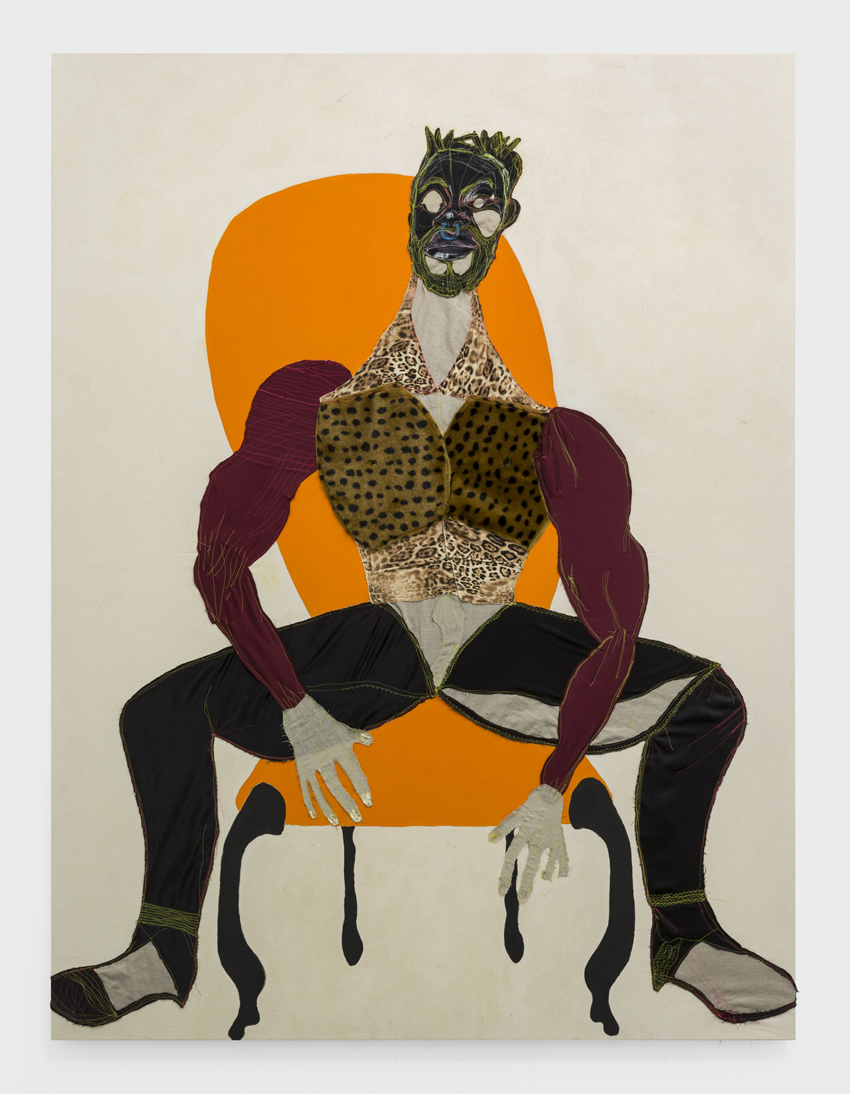 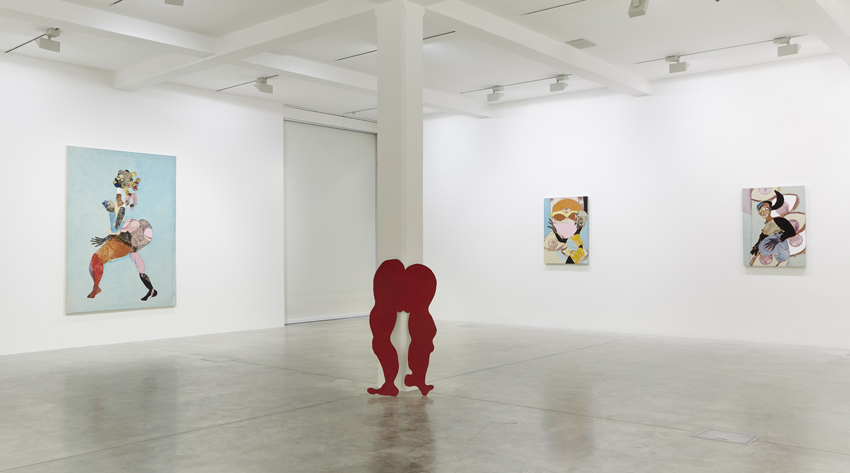 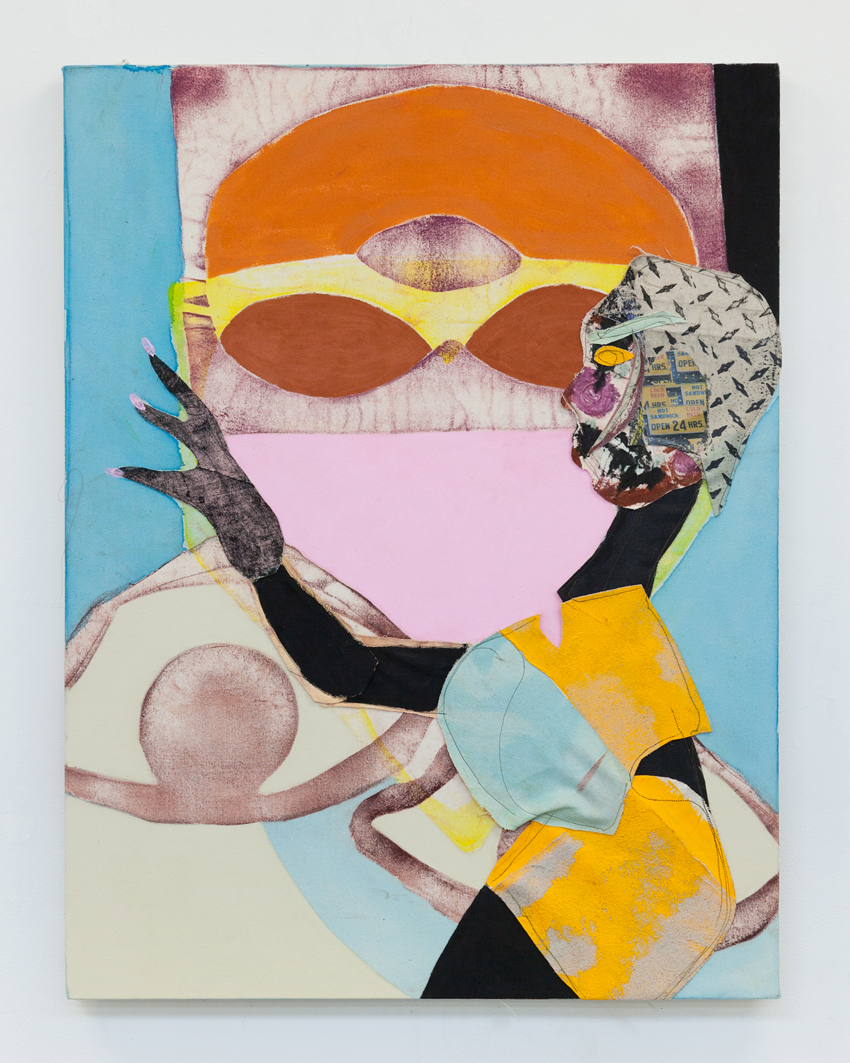 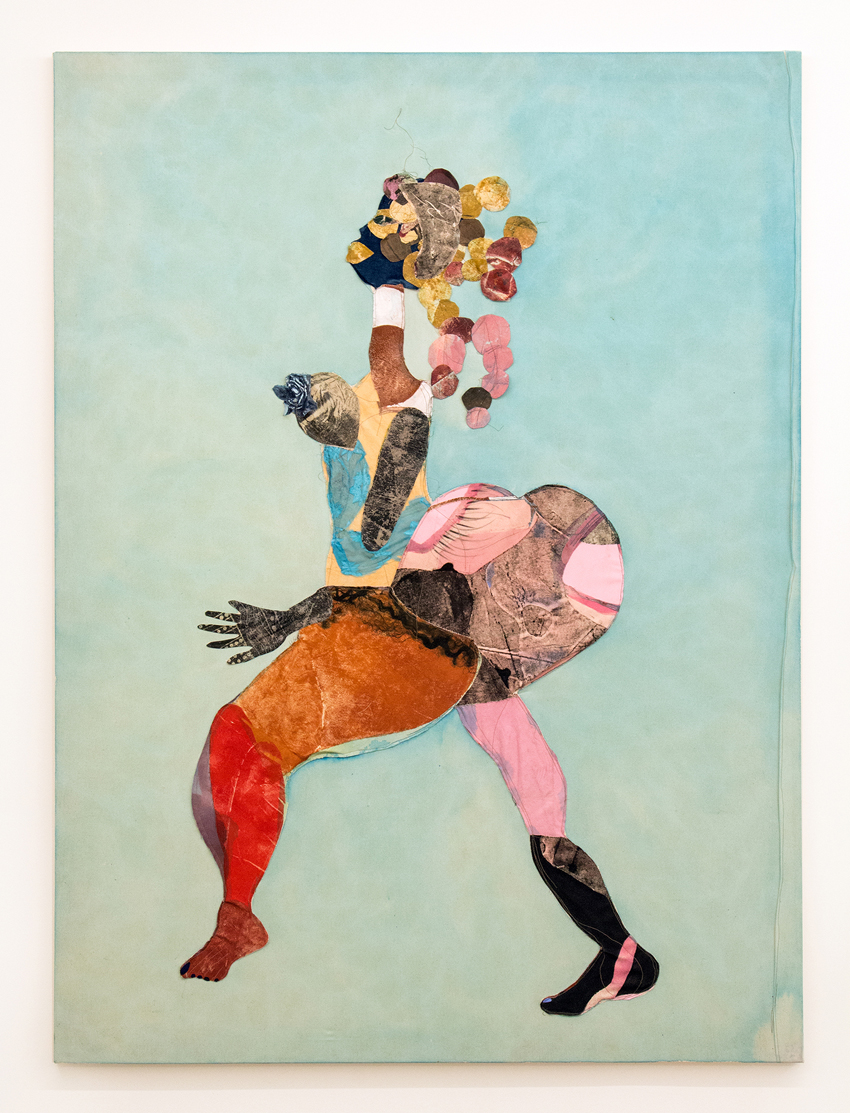 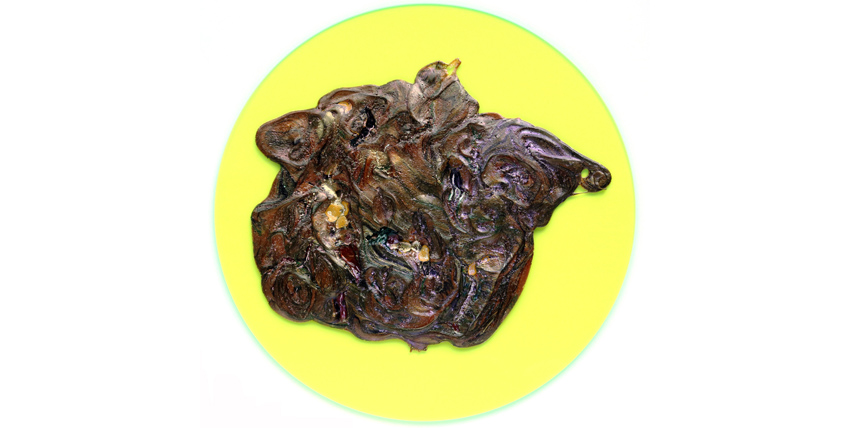 Documentation of Stepping Down, 2012