The work of Shirley Villavicencio Pizango (b. 1988, Lima – Peru) is very recognisable. She paints with fast, spontaneous lines and bright, warm colours. Her works seem to balance the border between drawing and painting. She often paints the contours of her subject first and then colours it. Villavicencio Pizango likes to use acrylic paint because it allows her to paint quickly: acrylic paint dries quickly (in contrast to oil paint, for example), and you can paint on a layer that is not yet completely dry.

Shirley Villavicencio Pizango experiments a great deal with the medium of painting: she tries to build up her images in different ways. For example, she mixes colours directly on the canvas. Or she disturbs the perspective in her images, so that all the elements of the work appear to be on one plane. Sometimes she does not finish certain elements – for instance, she paints half a head of hair, or the line that shapes an arm or a hand suddenly stops in the thinness. She also plays with art-historical references, for example to Henri Matisse’s cut-outs that regularly appear in the background, or to Paul Gaugin’s colour palette.

There are two recurring themes in Shirley Villavicencio Pizango’s work: portraits and still lifes. The portraits are very classical, from live models. She portrays herself, friends and family. On the one hand, this is a practical decision that one sees with many artists – you are always present in the studio, and it is more fun to spend hours with friends or family than with strangers, with whom it is more difficult to talk. 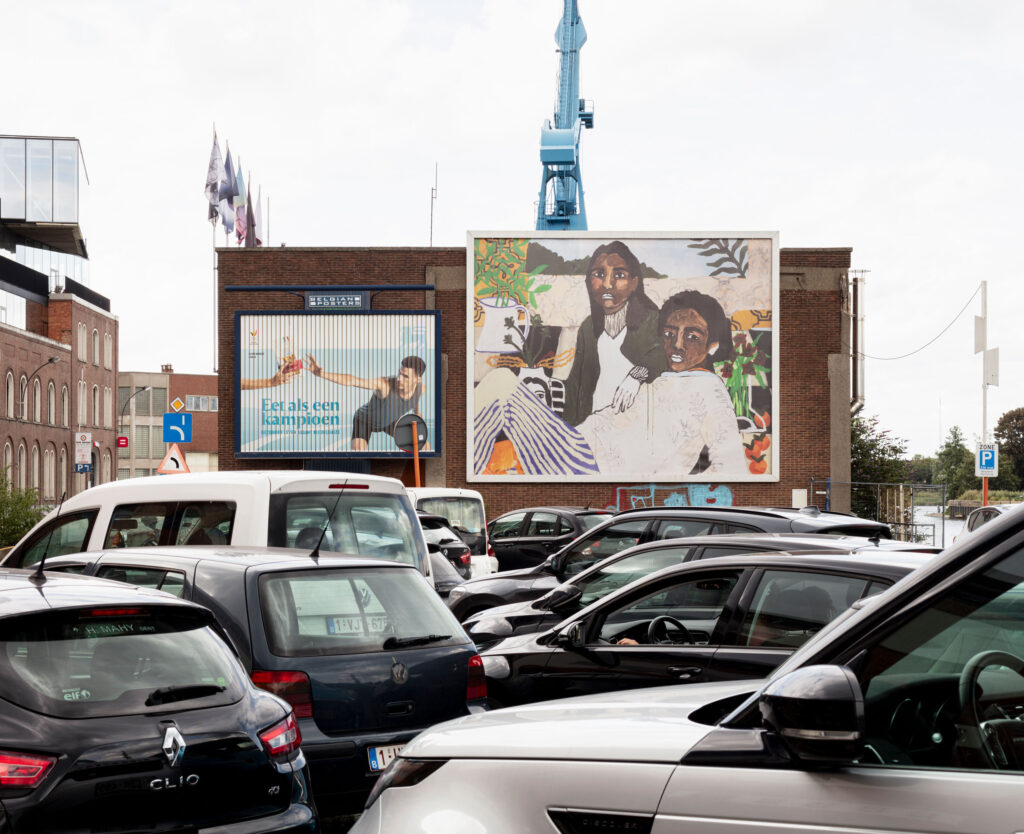 Shirley Villavicencio Pizango has a personal, even intimate relationship with her models, and you can tell from the portraits she paints of them. According to the artist, these portraits are not an exact representation of her models as a photograph would be. Villavicencio Pizango says she paints an interpretation of her models. This allows her to experiment with her painterly practice, but above all to incorporate her own thoughts, feelings and own view of the person being portrayed into the portrait.

You can see the same thing happening in her self-portraits. One day she paints herself beautiful, the next day ugly – depending on how she feels and looks at herself. This, of course, also has to do with the times we live in. Never before have we been so intensely confronted with our self-image. At every moment of the day, society point out the traditional ideals of beauty that we can never actually live up to. For Shirley Villavicencio Pizango too, this relationship with the prevailing – Western – ideals of beauty is not always easy. This is clearly visible in a work such as Under the Skin of my Past – a self-portrait in which the artist presents her face as much paler than it actually is.

This inevitably brings us to another very important aspect of Villavicencio Pizango’s portraits: that of identity politics. The ideal of beauty that is imposed on us is very one-sided: white, athletic, etc. The history of art is also painfully white and uncoloured. In her portraits, Villavicencio Pizango shows people with a darker skin colour – herself, friends and family. It is important that the diversity inherent in our world also finds its place in our visual culture and becomes part of art history. 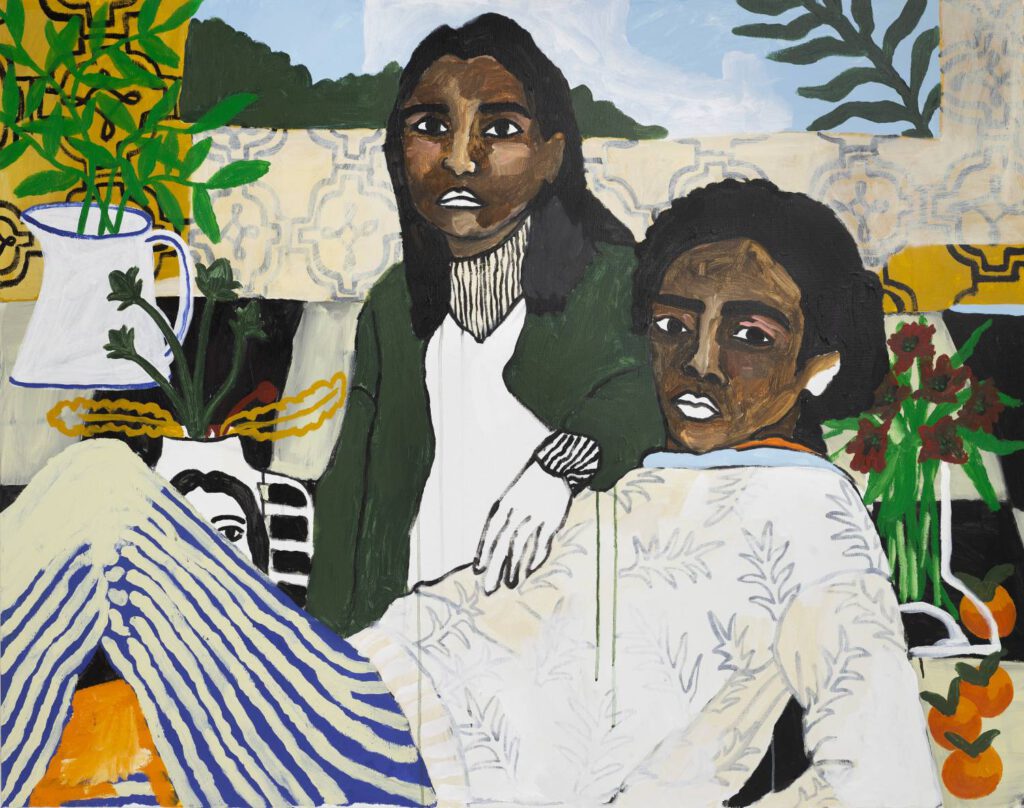 Shirley Villavicencio Pizango’s portraits give a place to people of colour and thus help to build an alternative image canon. The artist plays with this herself, by commenting in her work on well-known works from art history. For instance, she painted a self-portrait Olympia behind the Model, in which she adopts the same pose as the female nude in Edouard Manet’s Olympia (1863). Whereas in the original painting the coloured woman takes on a subservient role, here she is in the foreground – and the white woman has moved into the background.

The image Shirley Villavicencio Pizango painted for our latest Billboard Series is a self-portrait together with her brother Manolo. Both protagonists look at the viewer expectantly, as if expecting a reaction to their prominent presence in the public space.

Finally, a word about the still lifes this artist creates. To do so, Villavicencio Pizango brings elements from her studio into an image. She very deliberately chooses to create a certain atmosphere in her studio. She is surrounded by flowers and plants, curiosities, rattan furniture, ethnic masks, ceramic vases and jugs of her own making, works of befriended artists, and of course a great many of her own works – both very early and newly painted works, works that have failed or were once started but not yet finished. In a way, these still lifes can also be read as (self-)portraits, as a glimpse into the mind and the life of the artist.