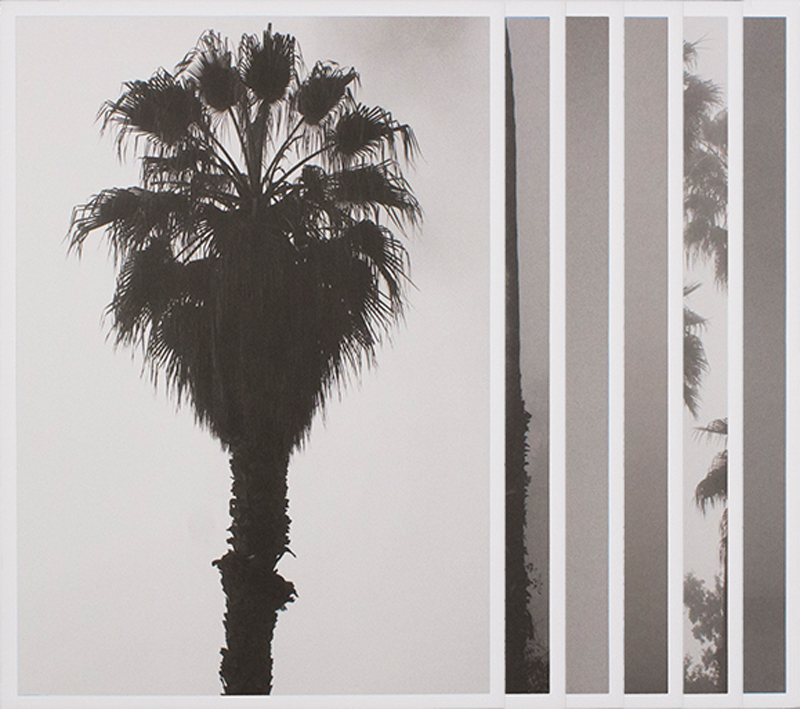 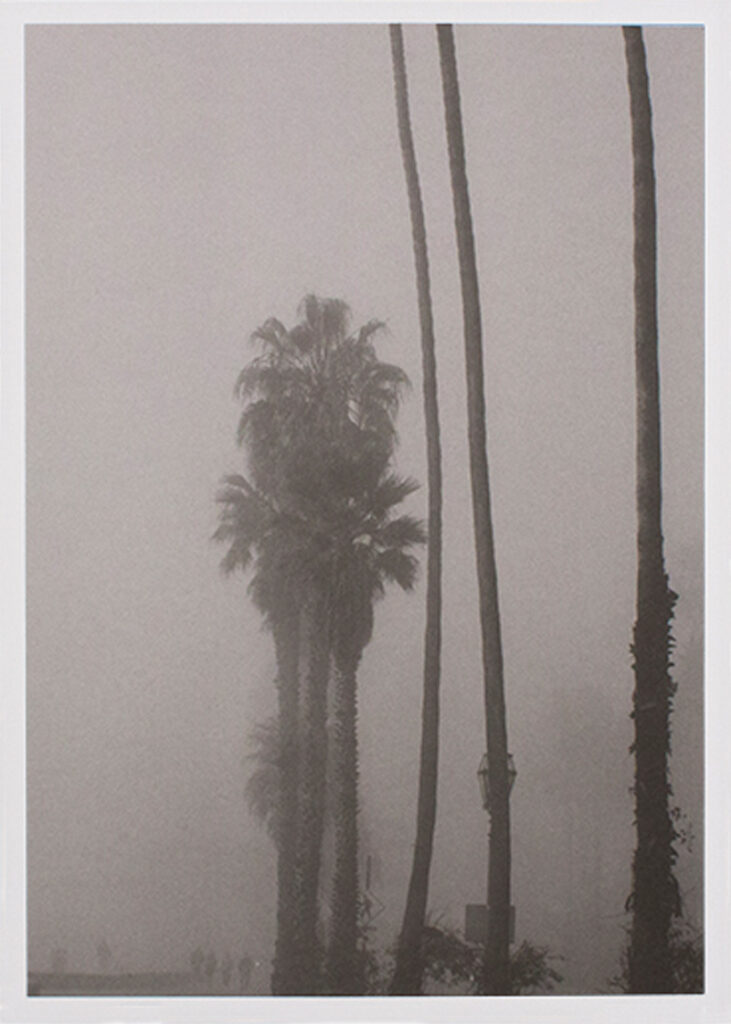 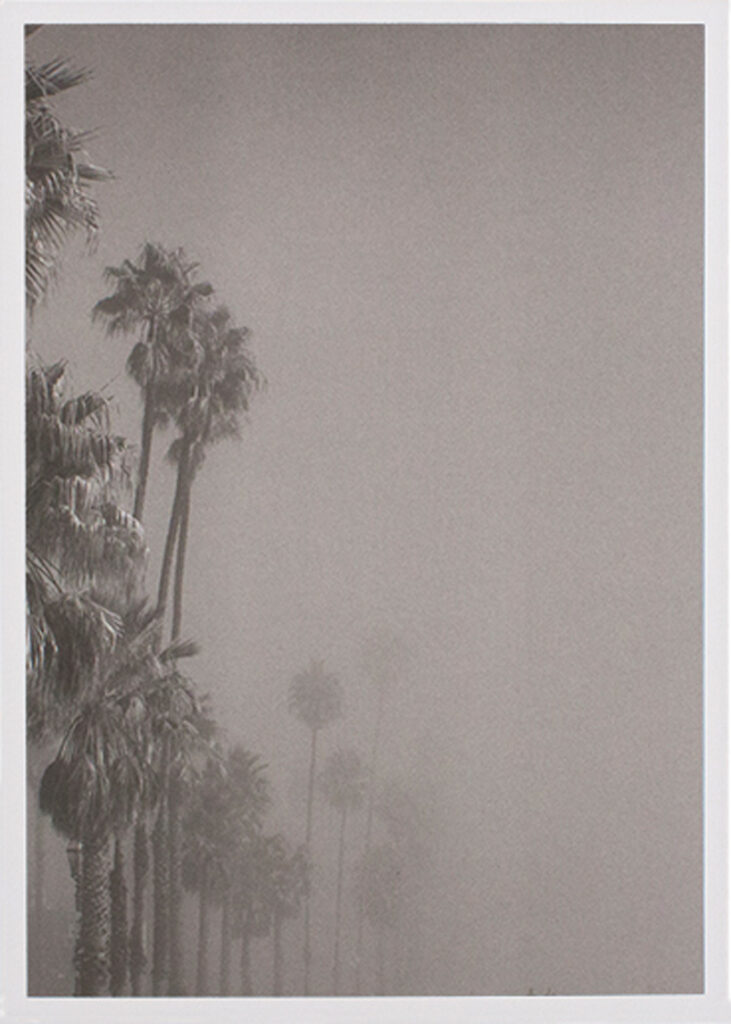 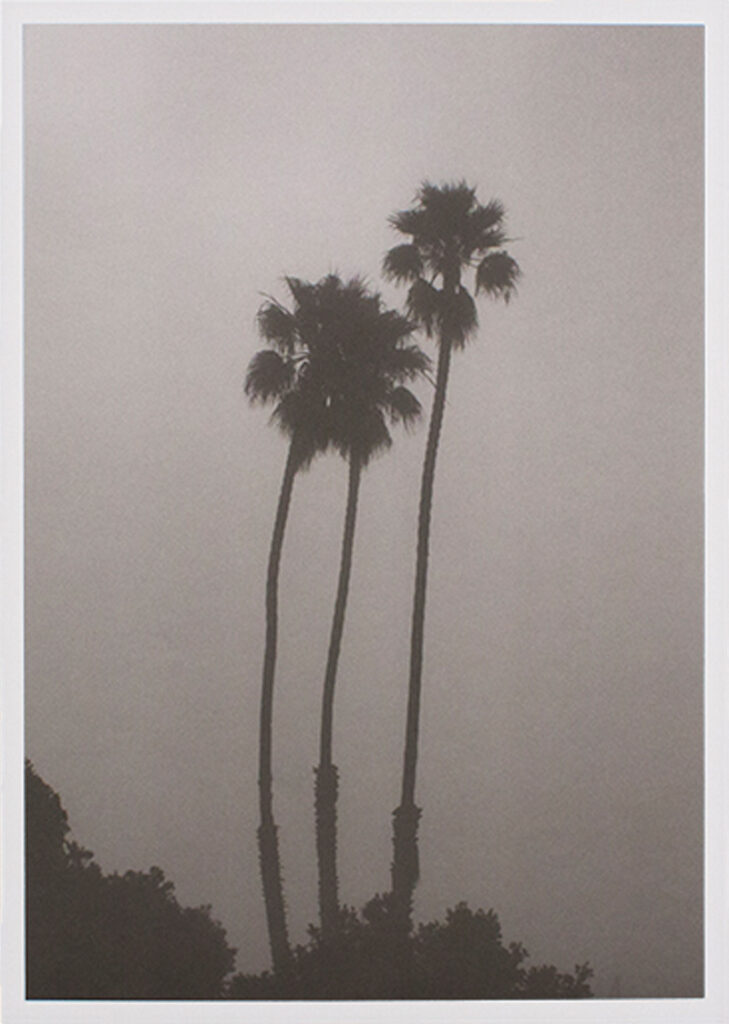 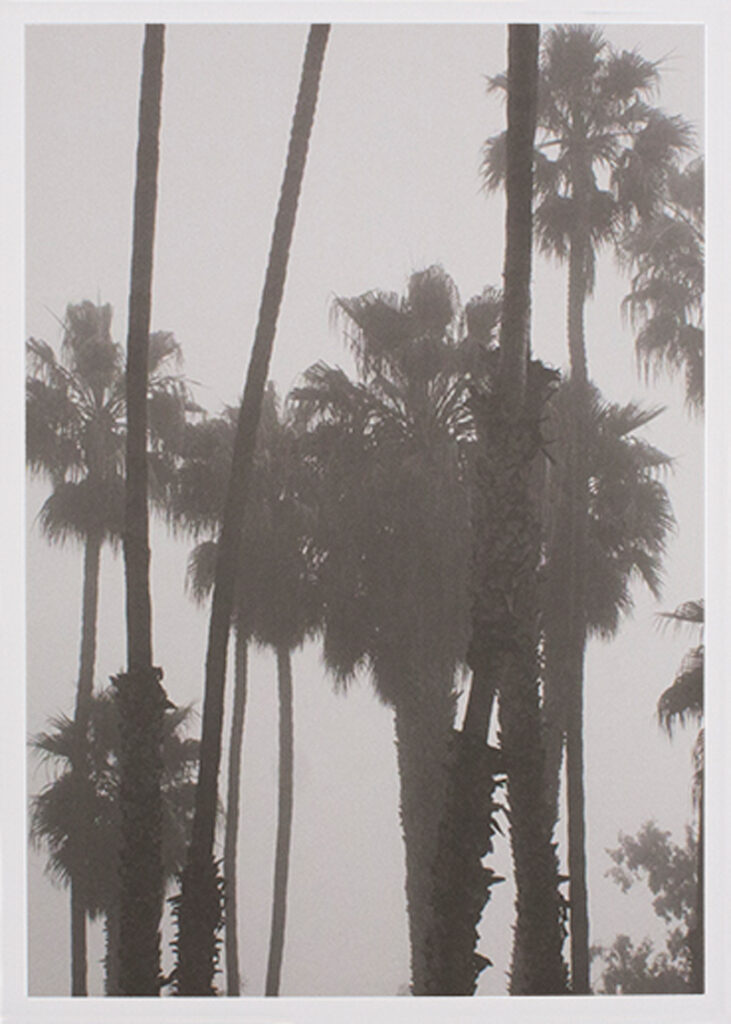 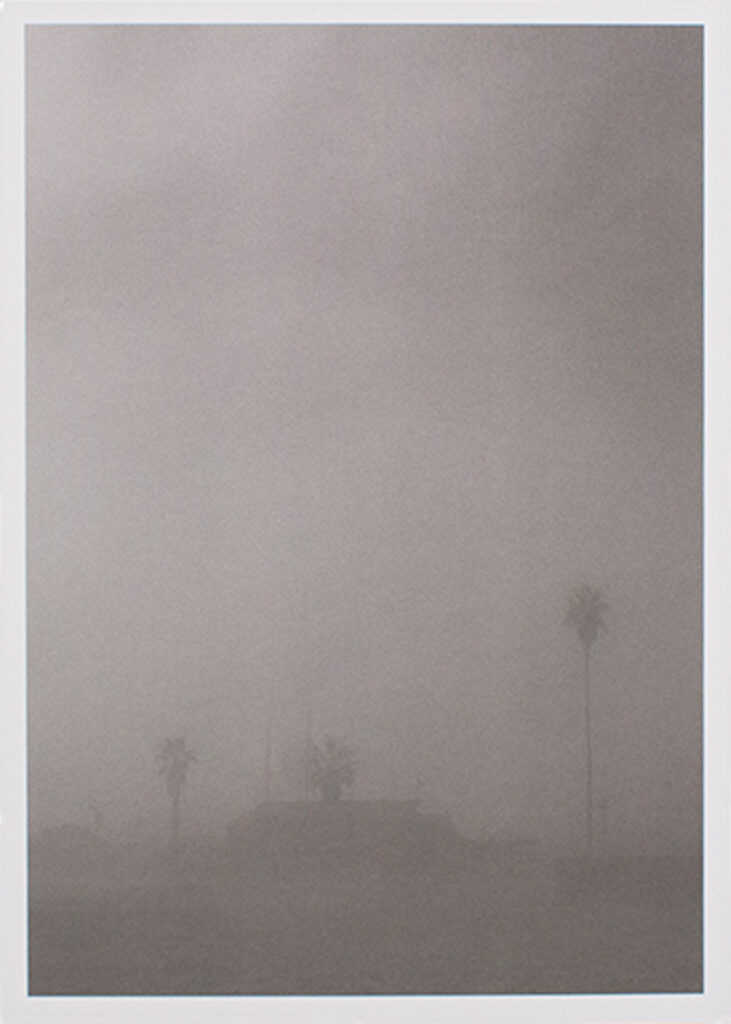 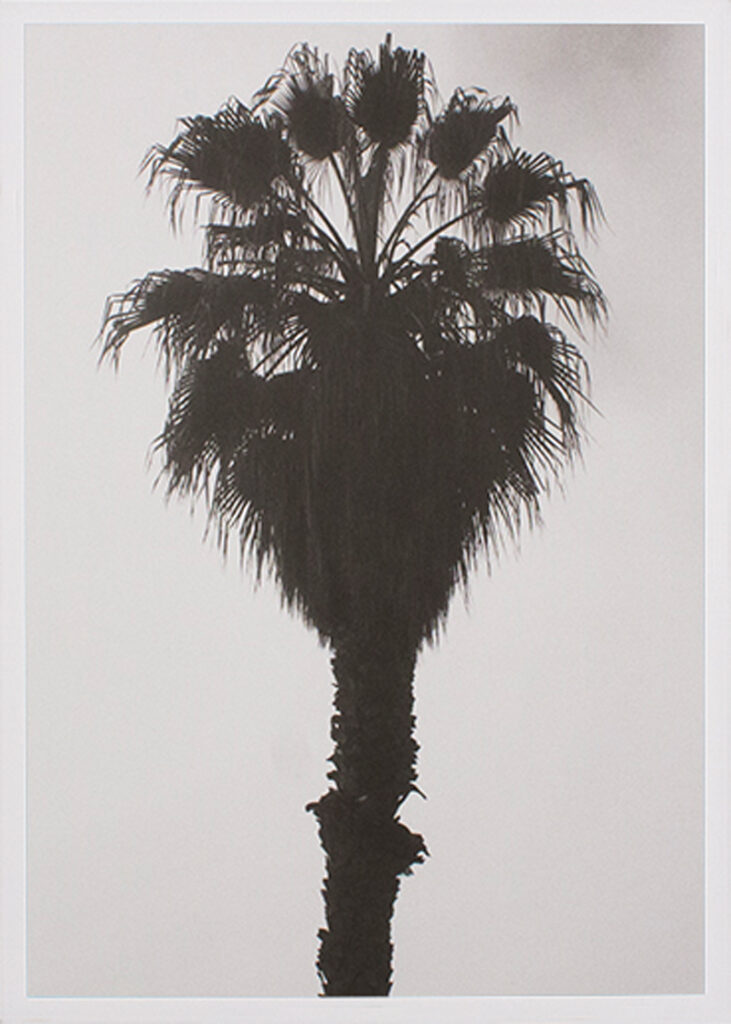 Living systems, narrative haze (a sequence of palm trees obscured by the fog)

This edition was published together with Zin Taylor’s book Palms of the Fog, a recount of the formative power of music, rock bands, record shops, zines and, mostly, fortuitous encounters. The fog, a metaphor for how elusive memory can be, in its in-between state, is “breath made thick,” and the narratives collected by Taylor echo the structure of a generative cycle, “the ecosystem of the jungle.”

Zin Taylor could be introduced as a narrator of forms, one who uses a diverse range of mediums, including sculptural installations, drawing, animation, writing or storytelling. His practice investigates subjects through their shape, gesture and materiality – in sum, through their sculptural behaviour.

In his work, the physical status of a thing often becomes a space, one that not only hosts narrative prospects but also directs and reconsiders the psychological life of the thing in question. Treating every element – or thing – as a potential interlocutor, Zin Taylor opens up a conversation between and with items to which/whom no word is usually given. It is certainly surprising to see what a thing actually has to say when it is allowed to express something beyond its functionality, beyond its construction and material aspect.

Other works by Zin Taylor