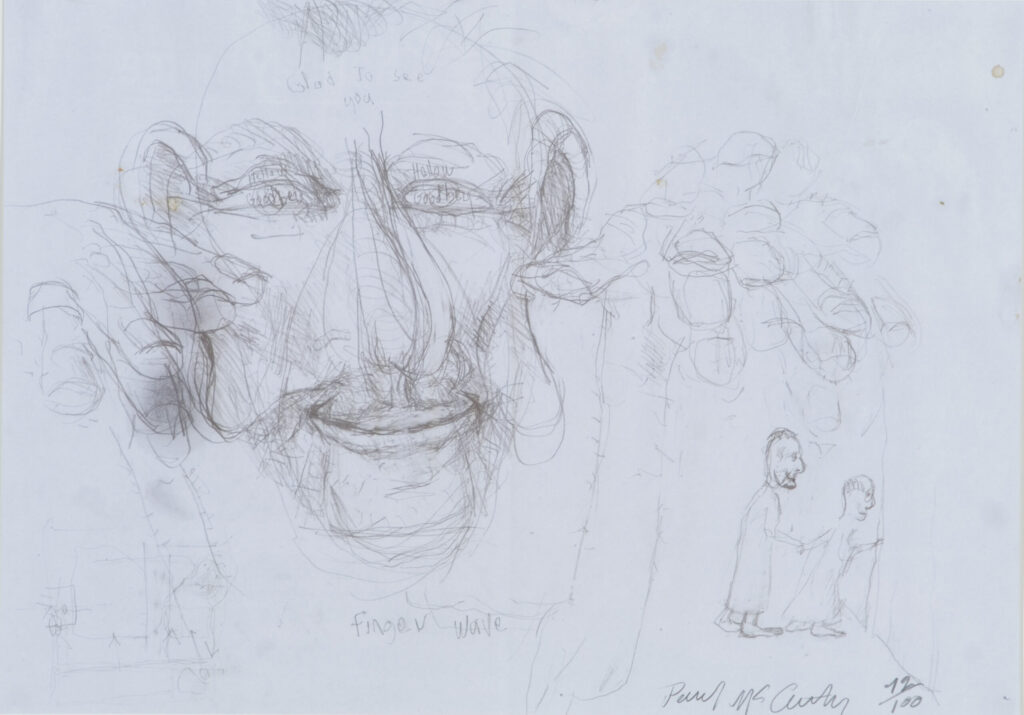 Paul McCarthy is considered one of the most important living artists. With his direct and confronting approach he proved to be very influential for a younger generation of artists. Since the end of the 1960s, he is active in a wide range of media (installations, sculptures, drawings, videos and performances), but it is only since the last two decades that his work became well known to a broader audience. Paul McCarthy’s work reveals the darker side of American and European myths, transforming popular, conventionally innocent icons – from Pinocchio to Santa Claus – into disturbing, carnivalesque and perverse scenarios.

McCarthy’s provocative early performances used his own body as the raw material to explore masculinity, where, drawing on performance art and action painting, he substituted the Viennese Actionists’ sacrificial use of blood with ketchup and the Abstract Expressionists’ paintbrush with phallic false limbs. Though serious in intent and critique, McCarthy’s performances (and sculptures), have an important, but twisted and profane element of comedy, which aids in highlighting the absurdity of contemporary circumstances.

Among others, McCarthy has works held in the collections of MoMA, New York; Whitney Museum of Art, New York; Walker Art Center, Minneapolis; and Tate Collection, London.
Paul McCarthy is represented by the following gallery;
click through to discover more of his work.

What shows not to miss during Brussels Gallery Weekend?!