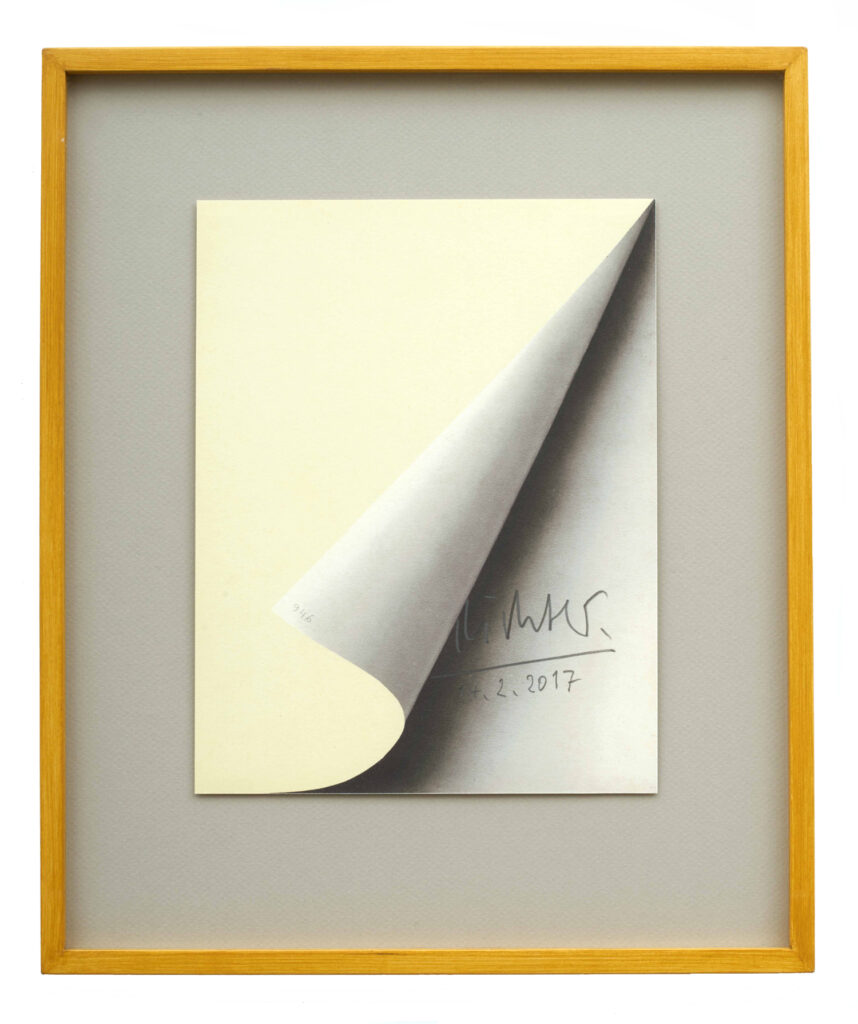 This is an open edition

This edition is a grey and ivory offset print after his 1965 oil painting entitled Turned Sheet.

This is an open edition. Each edition is signed in pencil, dated with the respective date at bottom right, numbered in the left corner of the ‘turned’ page.

Gerhard Richter is considered to be one of today’s most important artists and as one of the postwar renewers of painting. He was originally trained in a realist style in East Germany but upon finishing his studies in 1961, he moved to West Germany where he was loosely linked group of painters in Düsseldorf to which Konrad Lueg and Sigmar Polke also belonged.

In West Germany, Richter developed an appreciation for the more progressive work of his American and European contemporaries. Richter increasingly employed his own painting as a means for exploring how images that appear to capture “truth” often prove, on extended viewing, far less objective, or unsure in meaning, than originally assumed.

Other common themes in his work are the elements of chance, and the play between realism and abstraction. Working alongside but never fully embracing a quick succession of late twentieth century art movements, such as Abstract Expressionism, American & British Pop art, Minimalism, and Conceptualism, Richter has absorbed many of their ideas while remaining skeptical of all grand artistic and philosophical credos.

Gerhard Richter is represented by the following gallery;
click through to discover more of his work.

You can also discover a lot of his work of Richter’s own website.