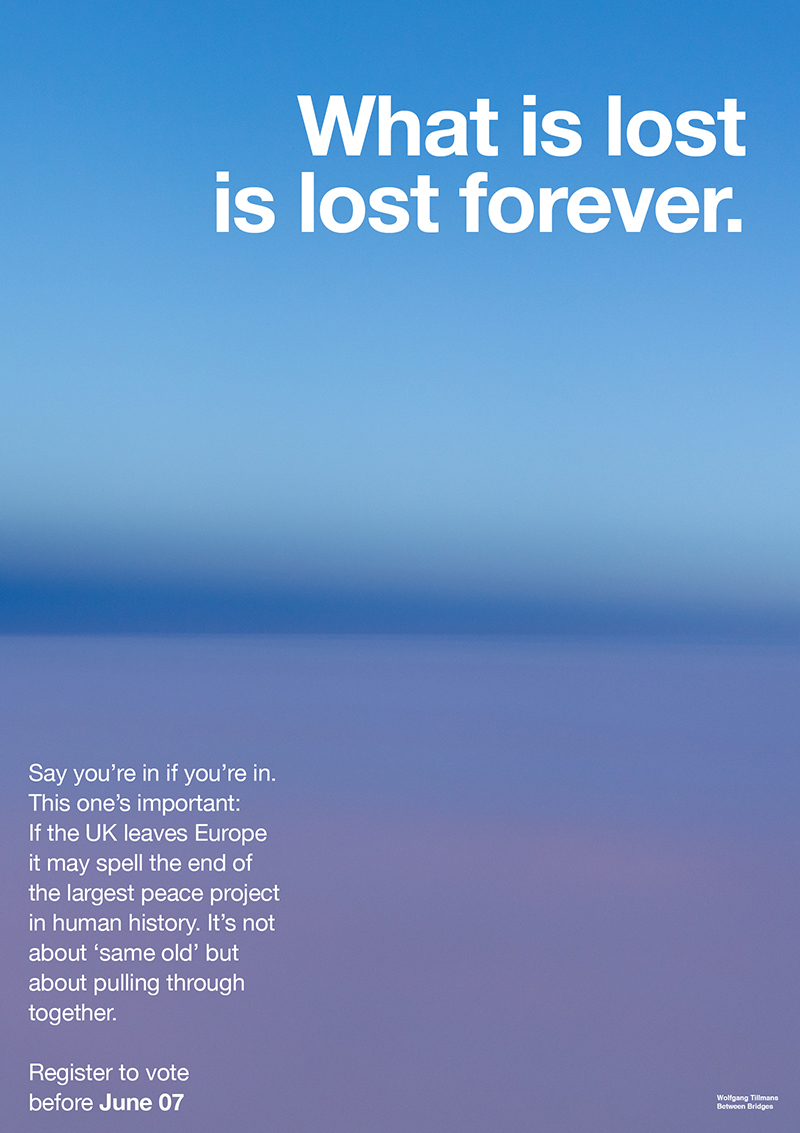 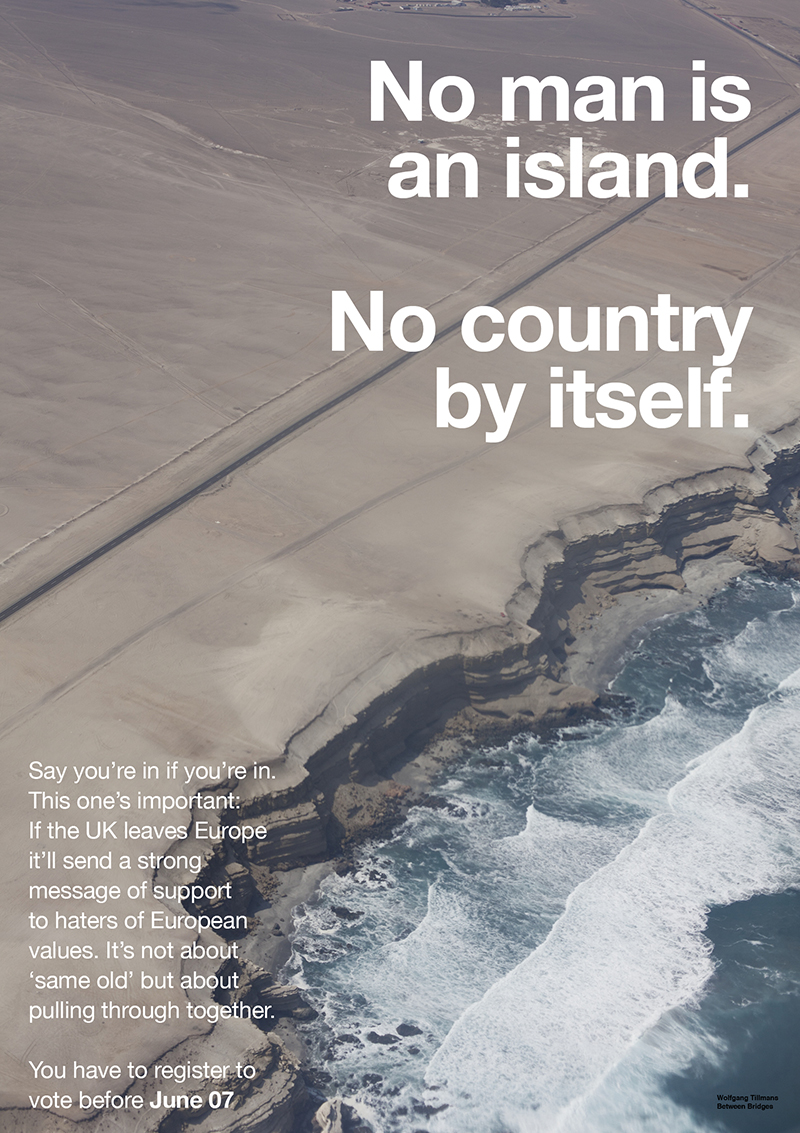 Wolfgang Tillmans has created a series of 25 posters and written an open letter addressing Britain’s potential departure from the European Union, asking young voters to register before 7 June and speak out against a possible Brexit.

I’m sure you are also following with horror the rightwards drift and anti-EU sentiment brewing across Europe. The Dutch referendum should be the final wake-up call, alerting people to the real risk of the UK’s EU referendum resulting in a victory for ‘Leave’.

The official ‘Remain’ campaign feels lame and is lacking in passion. It also lacks an active drive to get voters registered – and with the deadline already falling two weeks before the referendum, this should be an urgent priority.

I want to get involved and actively campaign. In particular, I want to work towards maximizing turnout among younger voters by focusing on the first, crucial step: voter registration – the deadline for which is June 7! So anyone who hasn’t registered before this date has no chance of having a say, no matter how strongly they feel about the issue. So the really crucial date is June 7. Everyone’s grannies registered their vote long ago, but students no longer get automatically registered by their unis. This is because of a new law brought in by the Conservatives that makes it possible for them to disenfranchise up to 800,000 students, who as a group tend to move around a lot more and so drop off the voter register easily.

I feel that we have reached a critical moment that could prove to be a turning point for Europe as we know and enjoy it– one that might result in a cascade of problematic consequences and political fall-out. Firstly, the weakening of the EU is a goal being actively pursued by strongmen like Vladimir Putin and European parties on the far-right that are funded by Russia (a little known fact). Furthermore, Brexit would provoke calls for referendums in many other countries and could effectively spell the end of the EU. It’s a flawed and problematic institution, but on the whole it stands for a democratic worldview, human rights and favours cooperation over confrontation.

It could prove to be a one-in-a-generation moment. Can you imagine the years of renegotiations for undoing treaties, and all the negativity that would surround that.

In the past weeks myself and assistants at my London and Berlin studios and Between Bridges worked on these texts and designs. Please feel free to share these posters, they work as print your own PDFs, or on social media, or in any other way you can think of. I consider them open-source, you can take my name tag off if more appropriate. 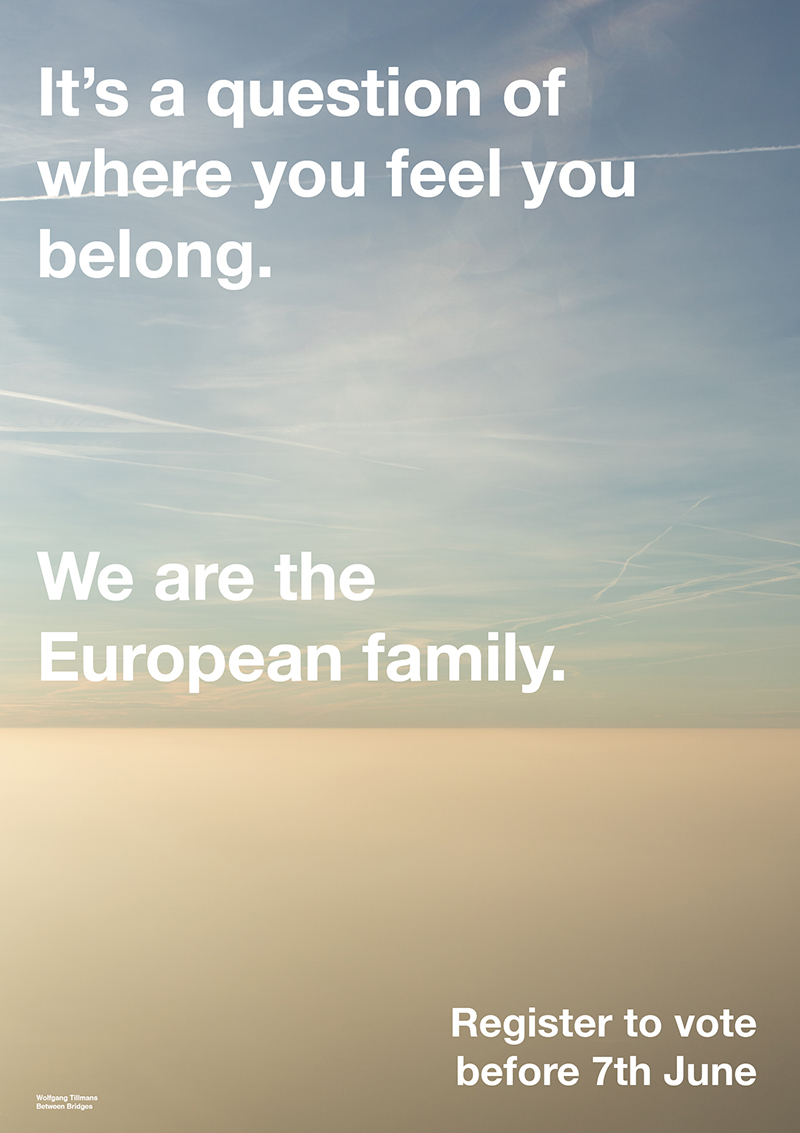 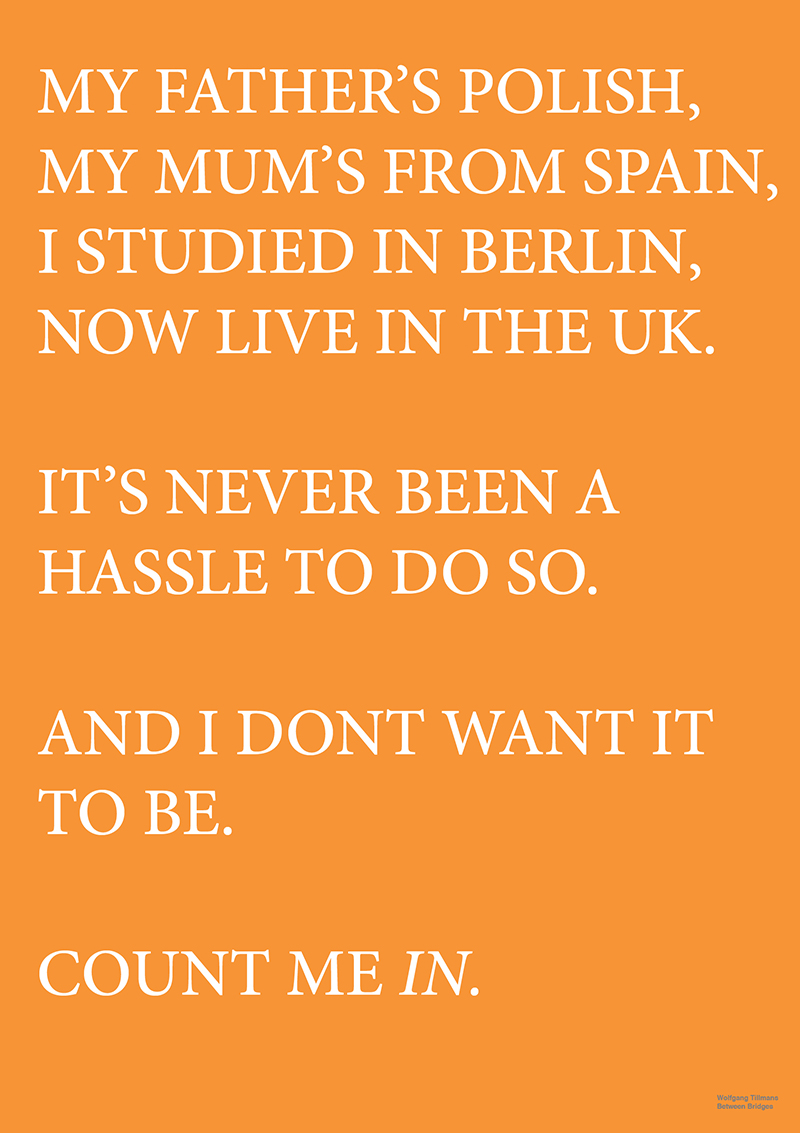 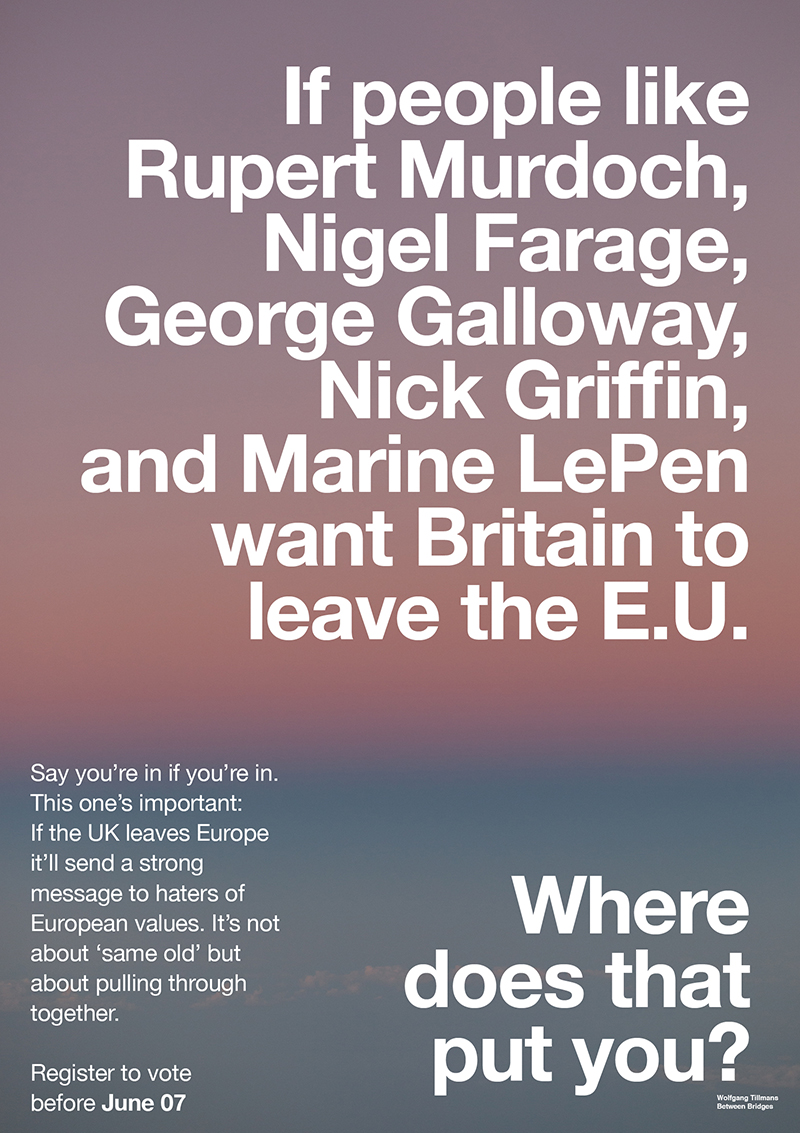