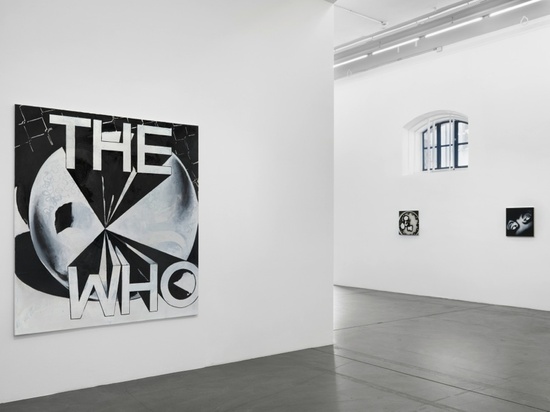 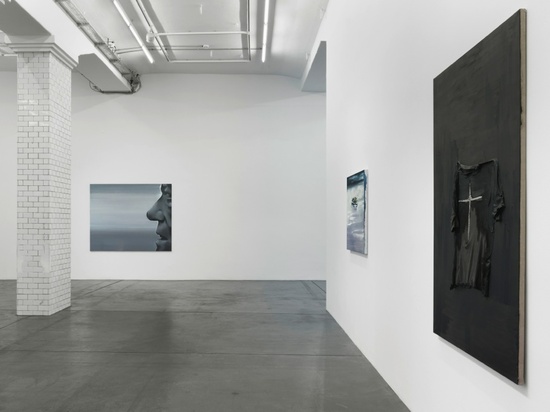 ‘Painting is a natural activity, it’s primal. I think images aren’t important because of the numbers that surround us. But painting has a chance. There is always painting, like there’s song. I don’t think it needs speculation as to whether it is alive or dead… With film I am not only looking for the story but also for the language, how to depict a certain state of being.’

Hauser & Wirth Zürich presents a solo exhibition of new and recent works by Wilhelm Sasnal, the pre-eminent painter and film-maker known for his incongruous and quietly unsettling portrayal of our collective surroundings and history. The exhibition will showcase a large number of new works informed by his recent travels to America’s southern states, and the events and crises currently dominating world affairs. Extracts from the artist’s latest feature length film, which is inspired by Albert Camus’s novel ‘The Stranger’ (1942), form the axis of the presentation.

There is a persistent preoccupation in Sasnal’s work to stay engaged with the world we live in, and perhaps more importantly, to connect the present with the past. At once curiously personal and coolly detached, Sasnal subjectively and intimately interprets the topical.

Drawing on found images from newspapers and magazines, the Internet, billboards or his personal surroundings, Sasnal’s paintings act as an archive to the mass of sprawling images that flood contemporary society. In applying a concise, photorealist approach to this eclectic subject matter, he captures stolen moments in time – his unusual cropping and graphic approach to light and colour suggest a camera’s gaze, imbuing the canvases with a filmic quality. In Sasnal’s latest series of paintings, issues relating to race, religion and the notion of ‘other’, surface. Motifs such as birds, cowboy boots and corporate logos invite the viewer to make associations with the current political climate, but, as in his films, the paintings navigate between figuration and abstraction, eschewing a definitive narrative or agenda. The power of Sasnal’s painting lies in this sense of distance created between the viewer and underlying story. Through abstraction or empty space, he generates a disquieting absence of emotional engagement.

Sasnal has long worked in film alongside his painting, viewing it as a complimentary practice and welcoming the alternative challenges that it brings. Film’s affinity with reality, and therefore its ability to provoke, also appeals to the artist. Over the past year, Sasnal has been working with Anka, his wife and long-time collaborator, on producing his fourth feature length film – ‘The Sun, the Sun Blinded Me’. For the exhibition in Zurich, an edited extract from one scene in the film is projected onto the gallery walls, creating a loop of compelling images that encapsulate the essence of the paintings on display.

The film borrows its trajectory from Albert Camus’s novel ‘The Stranger’ (1942), but the setting is Poland today, shot in Krakow and on the Baltic coast. The story also takes inspiration from Hans Christian Andersen’s dark fairytale ‘The Shadow’ (1847). Camus’s novel is narrated by Meursault, a French Algerian who, along with his friend, enters a confrontation with an Arab man on the beach. After initially preventing his friend from killing ‘the Arab’, he later returns to shoot him. While awaiting the execution of his death sentence, the reader learns that Meursault had no discernable reason for his actions and feels no guilt or remorse. The tale is existential in tone, pertaining to Camus’s philosophy on the absurdity of human existence, which he believed has no meaning or purpose.

In the hands of Sasnal, ‘the Arab’ is a black man hiding from border control and ‘Meursault’ first decides to shelter the man in his home, only to realise that this was in his imagination. The encounter is repeated, and on this occasion the man is killed by ‘Meursault’. In contrast to Camus’s story, the court diminishes the murder charges, reasoning that the crime was self-defence against a foreign criminal. Erudite and unabashed, Sasnal’s film explores the ever-salient question of what it means to be foreign today. 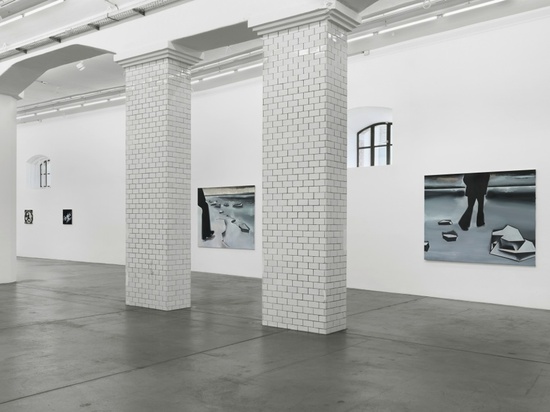 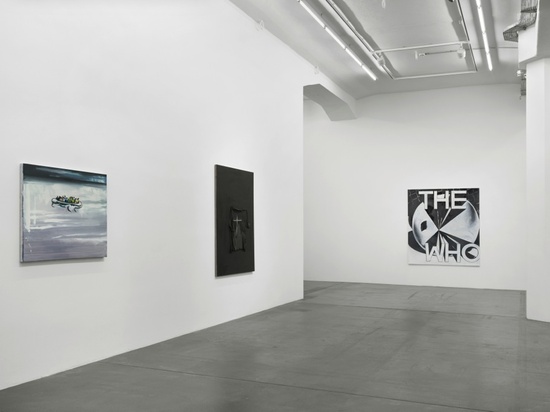 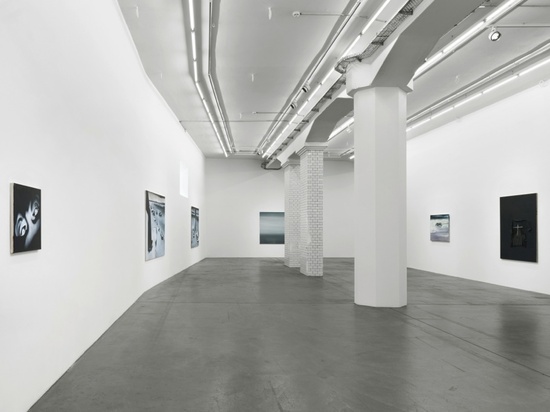 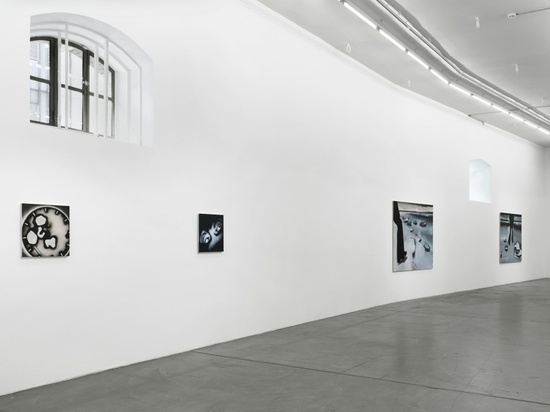 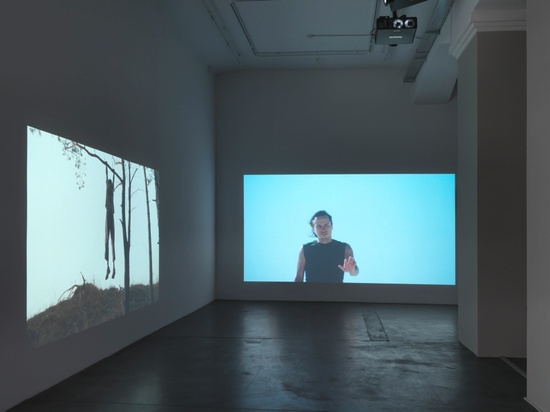 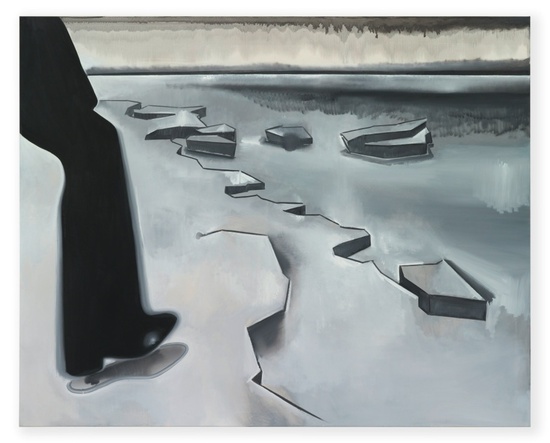 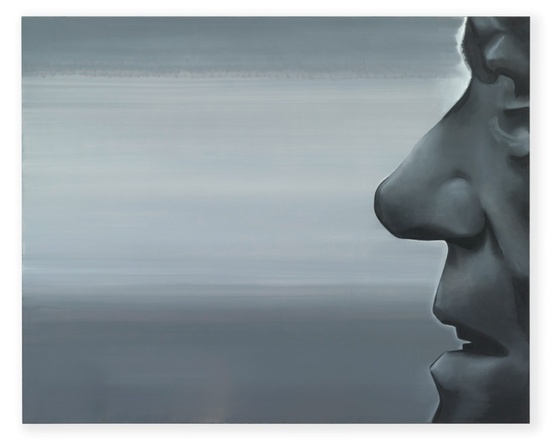 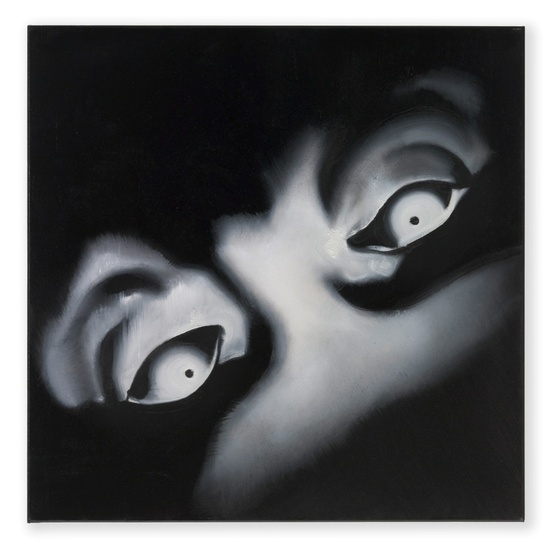 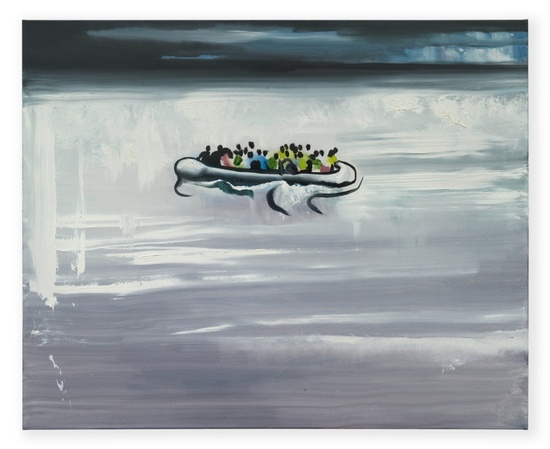 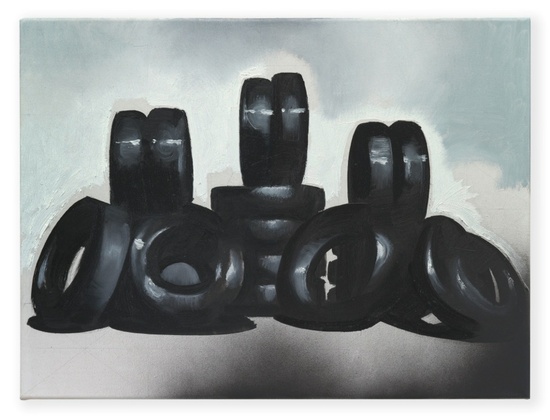 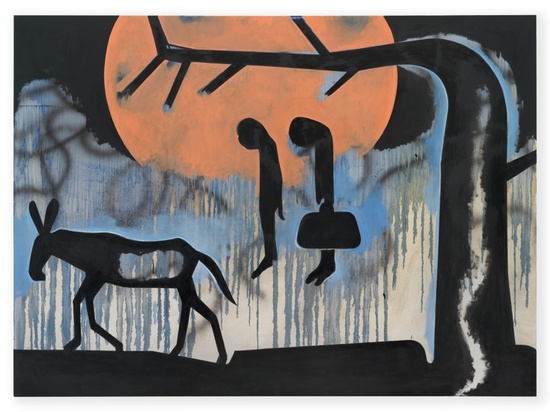