What to see during Amsterdam Art Weekend

This weekend sees the 5th edition of Amsterdam Art Weekend, taking place between 24 and 27 November. Over 50 galleries, project spaces, museums and artist’s residencies present work by young talents and established names. With so many things happening around town, we made a selection of things you shouldn’t miss. 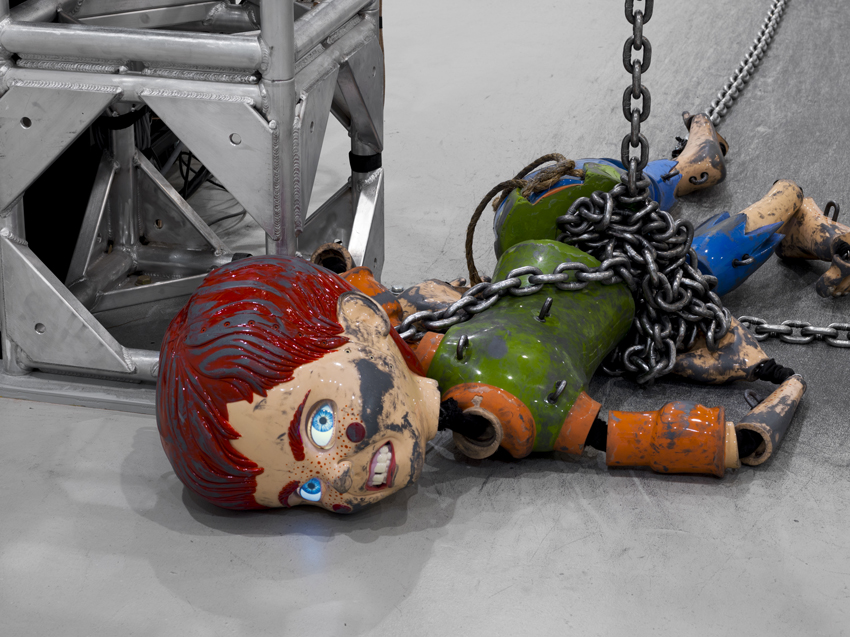 Jordan Wolfson’s inaugural show in the Netherlands unfolds in two parts, both of which focus on his spectacular animatronic sculptures. The diptych opens during AAW with Wolfson’s most recent computer-controlled sculpture, Colored sculpture (2016) which was most recently shown at Luma, Arles. The centerpiece of the second part – opening in February – will be the interactive Female figure (2014). Both marionette’s eyes conceal facial recognition technology, which they use to track the viewer’s gaze and make attempts to establish contact. Alongside these robotic sculptures the exhibition gathers several animated videos and digital paintings.

Stéphanie Saadé – The Leaf Once Pilgrim, 2016 (courtesy of the artist and Akinci)

We were very happy to see Stéphanie Saadé’s show listed to open during the AAW. This Lebanese artist was a resident at the Van Eyck before settling down in Beirut. Her poetic conceptualism takes as a departure point the moment when one becomes estranged from his surroundings, exploring the shape of distance and estrangement. The Leaf Once Pilgrim — Saadé’s first solo in the Netherlands — is composed of new works as well as site-specific installations, and addresses subjects as memory and the individual experience of time, scale and place. 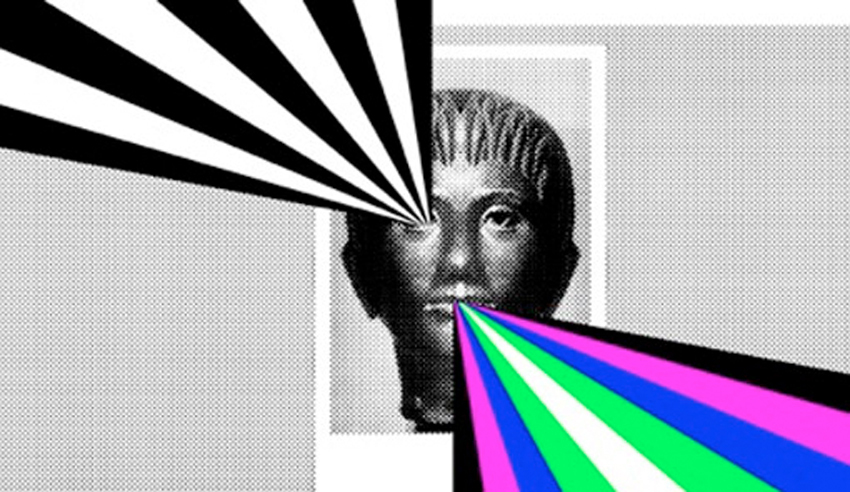 Every year at the end of November, the Rijksakademie residents open the doors to their studio’s and present their work to the public. This year 45 artists from across the world show the results of a year’s research, experiment and innovation. The quality of the presentations is always extremely high. This years we’re especially looking forward to the work of Kate Cooper, Dit-Cilinn, Hamza Halloubi, Sander Breure & Witte van Hulzen, Monira Al Qadiri, and Kareem Lotfy – just to name a few.

Watch out for our upcoming piece about this year Rijksakademie open. 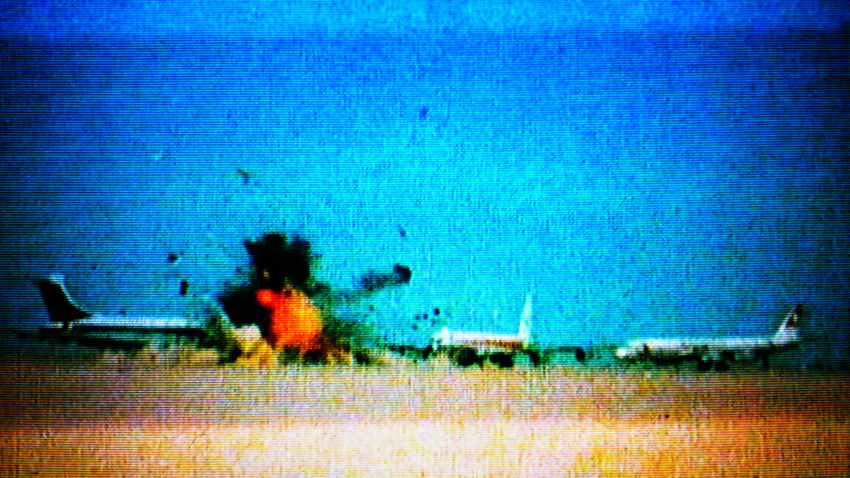 Johan Grimonprez – Still from Dial H-I-S-T-O-R-Y, 1997 (courtesy of the artist and Flatland Gallery)

Johan Grimonprez’ legendary film dial H-I-S-T-O-R-Y traces the history of airplane hijacking as portrayed by mainstream television media. It’s a study on pre-9/11 terrorism, composed of archival footage material — interspersing reportage shots, clips from science fiction films, found footage, home video and reconstituted scenes. According to Grimonprez the narrative is based on an imagined dialogue between a terrorist and a novelist where the writer contends that the terrorist has hijacked his role within society.The film – which made its debut at Documenta X in 1997 –  is shown here in conjunction with a sequence of portraits of hijackers with their biographies.

Tacita Dean – Film, 2011 (courtesy of the artist and Tate Modern)

The artists in Celluloid all explore the remarkable qualities of analogue film and the so-called cinematic apparatus. At a time of rapid and almost total digitization of the moving image, these filmmakers and artists focus on the material properties of 16mm and 35mm film.
Central in the exhibition is Tacita Dean’s FILM – initially made for the Turbine Hall at the Tate Modern. Other works on display are by João Maria Gusmão & Pedro Paiva, Rosa Barba, and  Luis Recoder & Sandra Gibson.

Theatre Dreams of a Beautiful Afternoon – part two at Manifesta 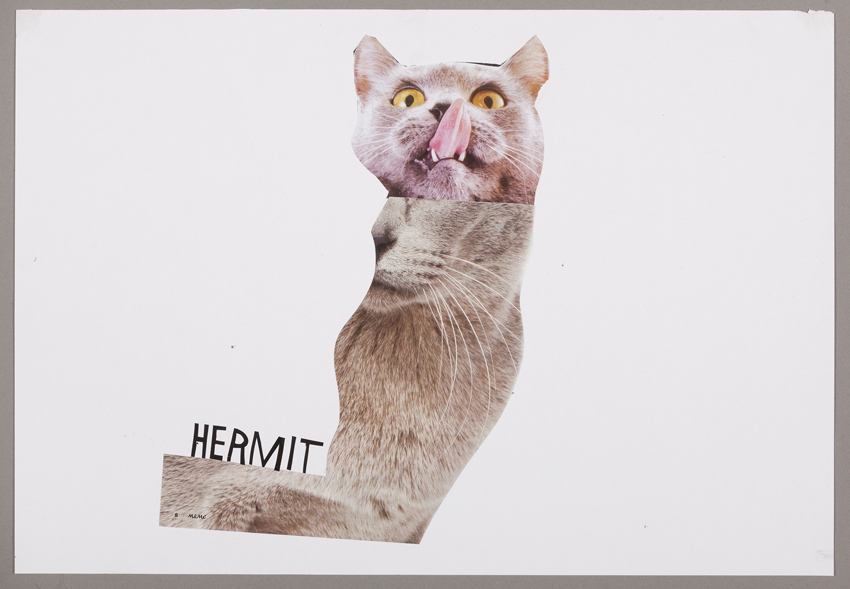 Since 2013 Manifesta is organising a series of in-house exhibitions in
their offices in a historical canal house. The exhibitions are organised in collaboration with Amsterdam based galleries. The group exhibition Theatre Dreams of a Beautiful Afternoon – part two is made in collaboration with Annet Gelink Gallery and is a continuation of an exhibition with the same title that ran in the gallery during the spring of this year. The show brings a selection of works from Yael Bartana, Roger Hiorns, Meiro Koizumi, Erik van Lieshout, David Maljkovic, Antonis Pittas, Sarah van Sonsbeeck and Barbara Visser spread throughout the building and garden – in which the form and meaning of the works engage with the environment of the historic canal house. 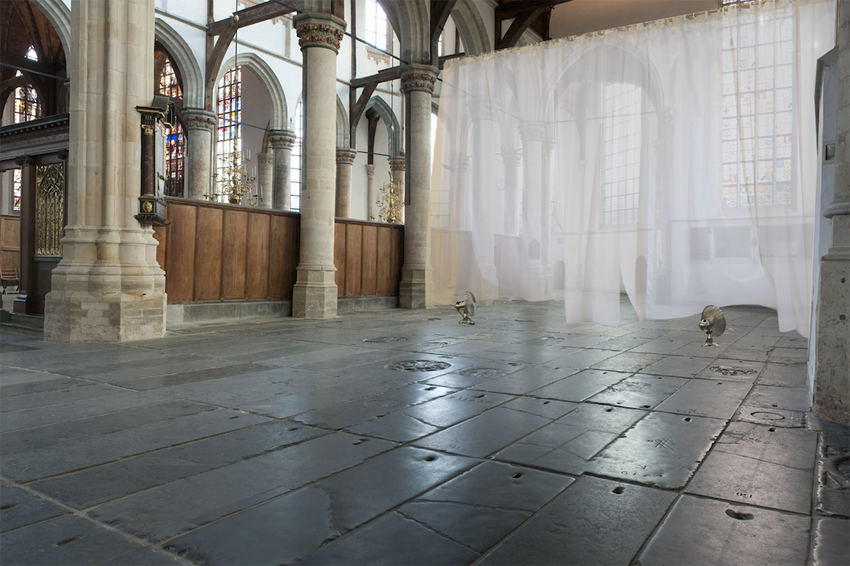 Marinus Boezem is considered one of the founders of Dutch conceptual art. He has made a series of new site-specific artworks for Oude Kerk. In this church, the oldest building in Amsterdam, he created a vertical labyrinth in which you disappear and reappear. Boezem approaches the idea of the building as a vehicle or conveyor that lifts the individual from his earthly existence – sometimes literally, using the principle of the force of gravity.

Coinciding with the AAW, guest curators Julia Mullié & Nick Terra planned a performance programme, which presents work by a new generation of artists that includes Béatrice Balcou, Abner Preis and Yuki Okumura. The program considers the work of the artists’ predecessor Marinus Boezem as a starting point. 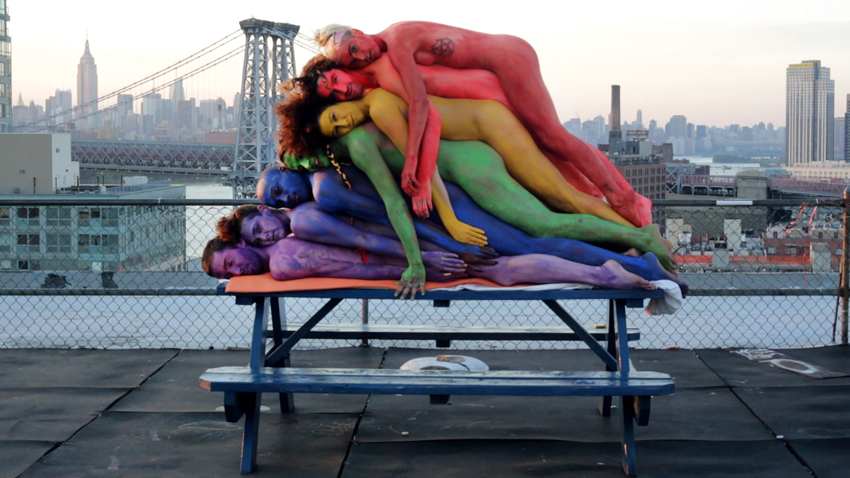 Melanie Bonajo – Still from Night Soil / Economy of Love, 2015 (courtesy of the artist and Akinci)

For her first major solo museum exhibition in Foam, Melanie Bonajo unites all three Night Soil video works. Night Soil is a series of experimental semi-documentary films about cultural phenomena that contradict the linear progression of the capitalist system. Each Night Soil film explores trends that move outside the sociological and political norms of consumer society, most of them illegal. Night Soil #1/ Fake Paradise looks at the healing effect of the hallucinatory herbal drug Ayahuasca – used in the Amazon rainforest for a thousand years – on the mind and spirit of modern humans. Night Soil #2/ Economy of Love portrays a group of female sex workers in Brooklyn and attempts to change our ideas about intimacy. Night Soil #3 / Nocturnal Gardening, which examines radical and innovative ways to produce food, has its premiere at Foam. 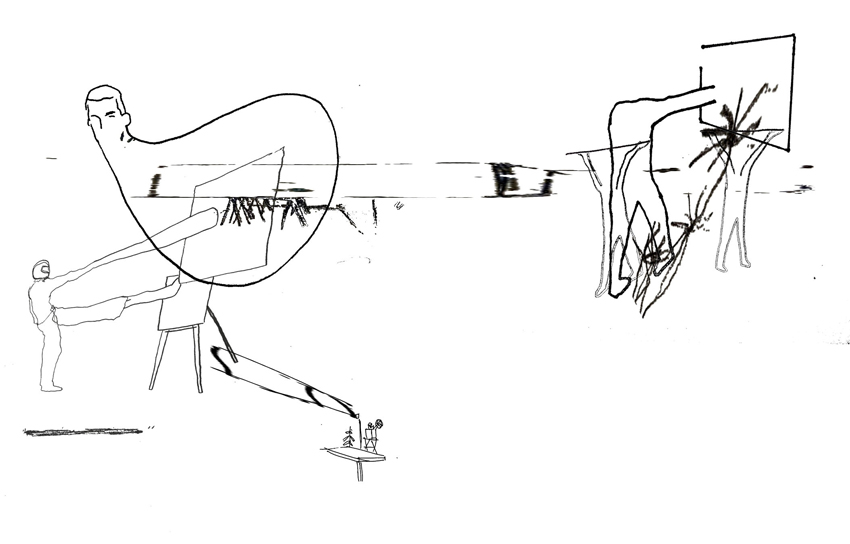 David Maljkovic examines collective memory and amnesia in contemporary Croatia. In already his fifth show at the gallery, he presents eight collages and a video questioning the nature of various spaces, such as image space, working and living space, city space and personal space. The exhibition is orchestrated around subtle signs that serve as guidelines in the reconstruction of fragments, transformations, metamorphoses and references through which it is possible to act in the moment.