What booths not to miss during this year’s Art Rotterdam?

From Thursday 9 February until Sunday 12 February Art Rotterdam opens its doors to the public. For the 18th time galleries from all over the world are setting up booths to introduce and present works from their artists. With 91 galleries, an off-program of videos & performances, a large exhibition of all artists who received an incentive in 2015 by the Mondriaan Fund, and a separate section where 20 non-profits show installations, you probably wouldn’t know where to start. To help out, we listed some of our favourite artists around the fair. Here’s an easy list of six gallery booths where we saw work that caught our attention. 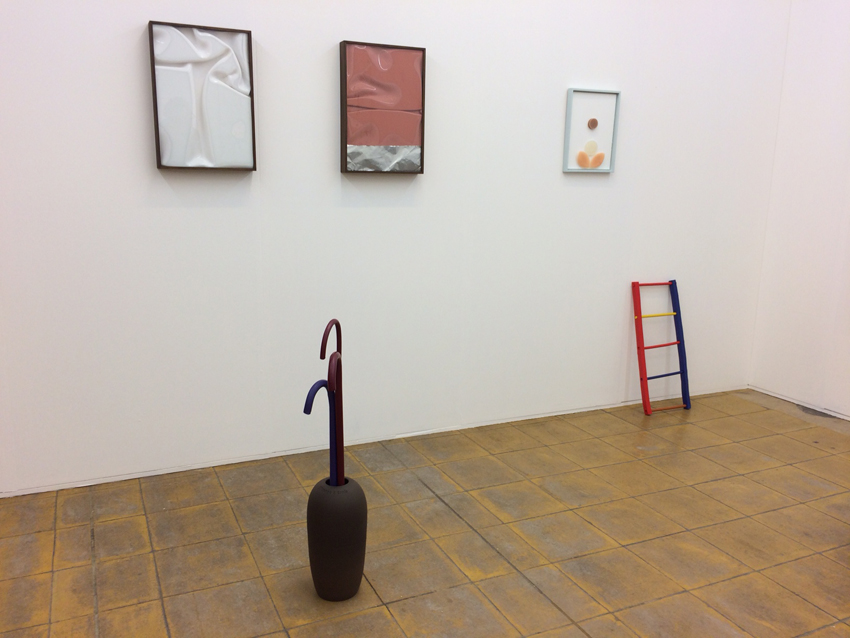 The very seductive work by Swiss Vanessa Safavi surveys bodily form and how this can be expressed through different materials. In silicone and ceramics she created a series of new works that all related the the body – mostly in connotation to a medical context. Her ceramic sculptures of walking canes and ladders, and her sculptural paintings in silicone are priced between €3000 and €5000. 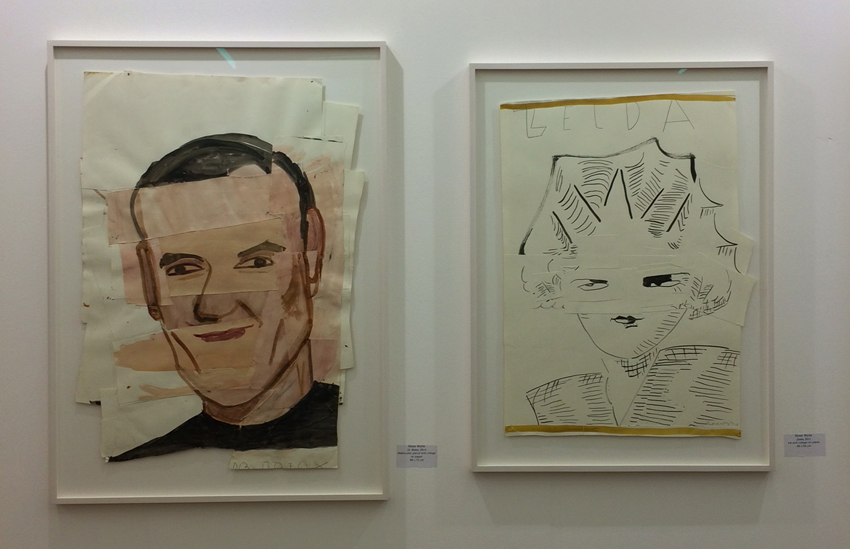 There’s only two collaged paintings by Rose Wylie at GNYP’s booth, but there are really amazing. We’re really into the naïve work of this 82 year old British painter, who found art world recognition only very late in life. Both works are priced around €12000. Wylie’s work is accompanied by two jerry can wall work of Ghanaian Serge Attukwei Clot, and works by Zachary Armstrong, Kour Pour and Ulay. 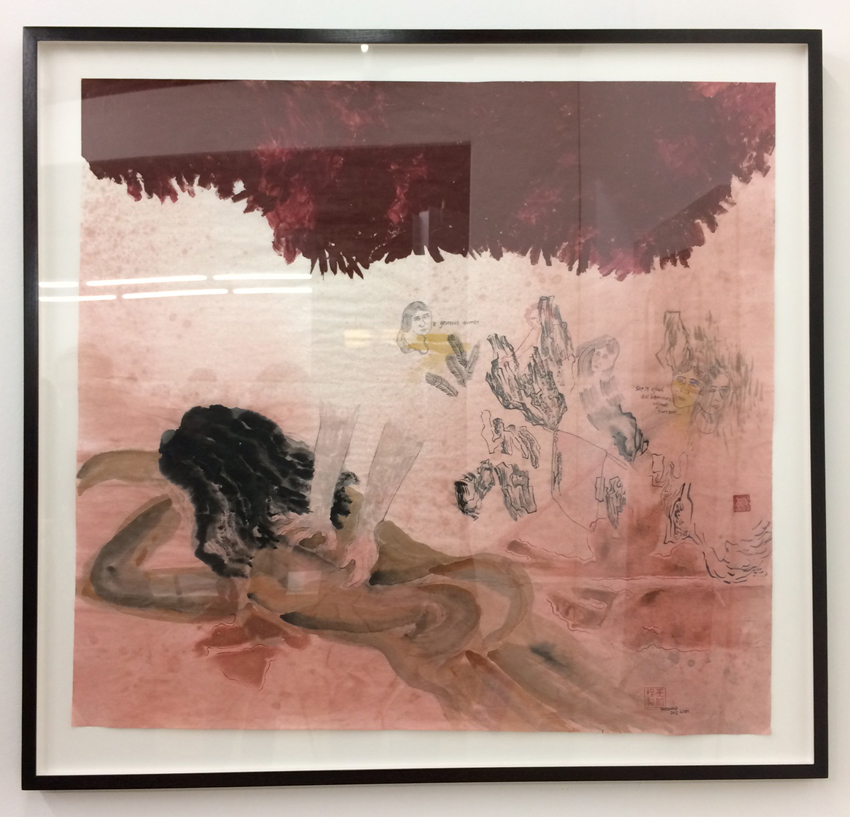 At Fons Welters’ booth the work of recent Volkskrant Beeldende Kunst Prijs winner Evelyn Taocheng Wang really got our attention. She studied traditional Chinese painting in China before studying at the Frankfurter Städelschule and De Ateliers in Amsterdam, and all works in this series relate to Wang’s experience as a masseuse upon arriving in the Netherlands. These works – all priced between €5000 and €7500 – deal with preconceptions, gender and identity, but also with both Western and Eastern art history.

tegenboschvanvreden is bringing a solo presentation of Chaim Van Luit – who’s process-based work is strongly based on observations. Most of Van Luit works originate in the artist’s walks, and have a seemingly casual quality that underscores the chemistry between the artistic and the ordinary. The works at Art Rotterdam are priced between €2400 for a smaller work on paper and €8500 for the large framed cotton cloth on which the reversed silhouette of irregularly shaped stones can be seen. 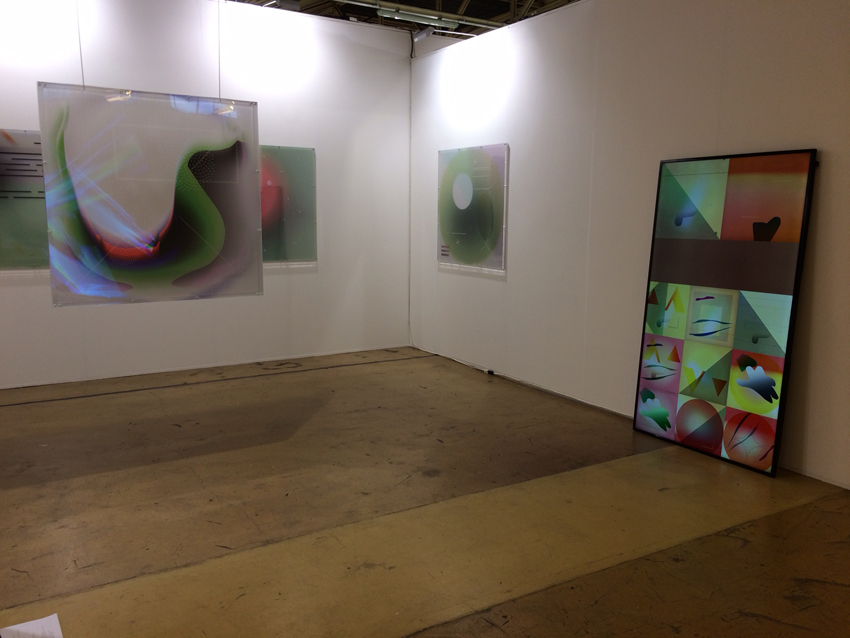 Yelena Popova at Division of Labour 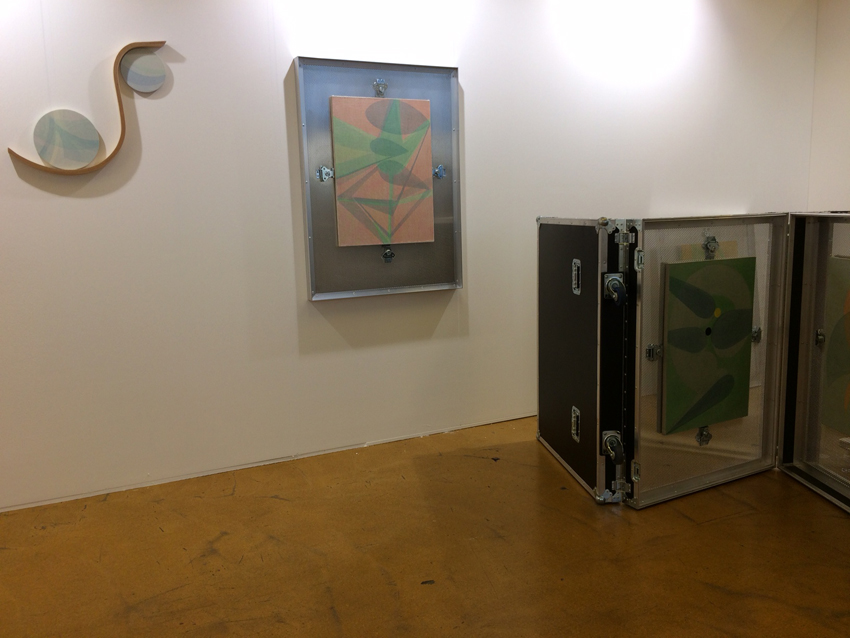 The most profound and interesting solo presentation on this year’s fair surely is Yelena Popova at Devision of Labour’s booth. Popova explores painting outside the frame, often playing with the tension between visibility and invisibility. Her work uses many materials and draws on different types of production, from ceramics to computer algoritmes that generate abstract forms which are subsequently used to laser-cut stencils. All works are priced between €1200 and €7000.