How to Start an Apartment in your Gallery – at Les Gens Heureux, Copenhagen

Given the huge overhead running an art gallery – including participation in multiple art fairs around the globe – keeping both gallerist and clientele away from the troublesome physical location of the gallery for a large part of the fiscal year, “how to start an apartment in your gallery?” is what one might call a good question. Especially if taken into consideration the white-hot real estate market of most Western cities, and the restrictions on Airbnb presumably pending.

However, with a dual focus on art and design, its location dead centre in the old town of Copenhagen, and a unique setting in a studio apartment Parisienne with skylight windows and an excellent view, Les Gens Hereux is already putting forth some pretty good answers. And hopefully more ideas will follow from this show, including:

· A latchkey child from the future by Uffe Isolotto

· Jacob Borges’ two pairs of Adidas sneakers: One pair the artist wore to every art opening for a full year, the other pair is in “mint condition”.

· Collages by Mikkel Carl who cut up his wife’s Vogue magazines without permission.

· Artist and chef Søren Aagaard serving local Danish oysters with Kasper Hesselbjerg’s crab burger photostat as backdrop. For your information, at Les Gens Heureux the kitchen is placed right in the middle of the exhibition area.

· A three-dimensional corner by Amalie Smith: Nobody is afraid of Red, Green and Blue (RGB).

· Tilman Hornig’s Glass Phone – stolen not from but by Samsung.

· (A photograph of) Kirsten Justesen lying on a shelf along with other goods.

· Fitness equipment by Lea Guldditte Hestelund in case you wanna stay home, work and work out all at the same time.

· Performance artist Sophie Dupont making a mark on a glossy metal plate every time she takes a breath – from sunrise till sundown. 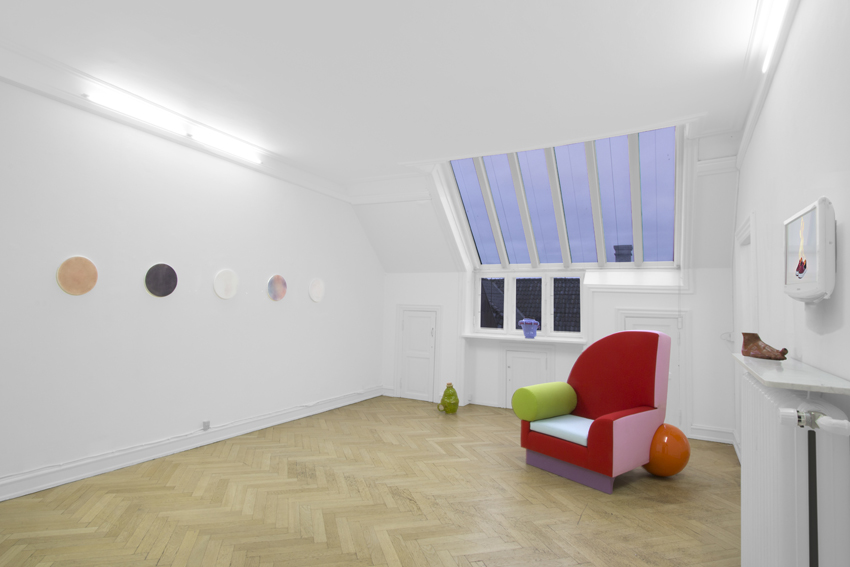 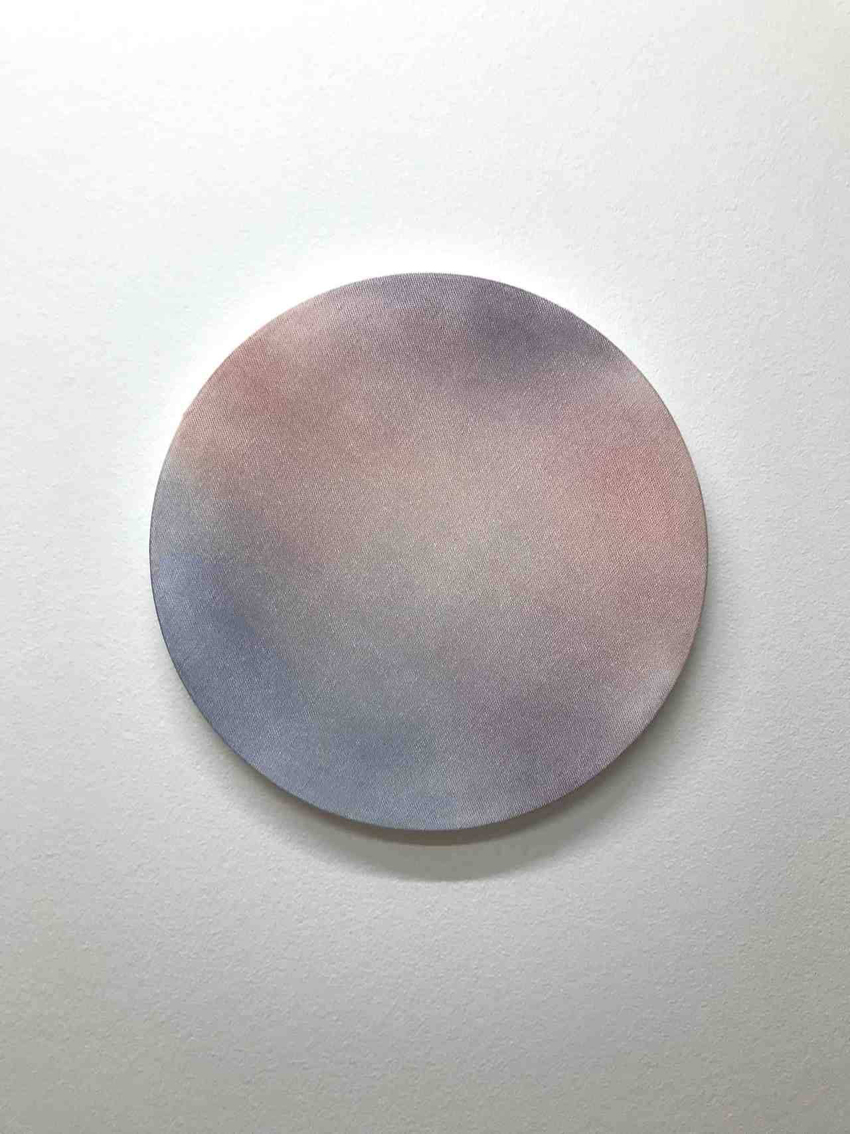 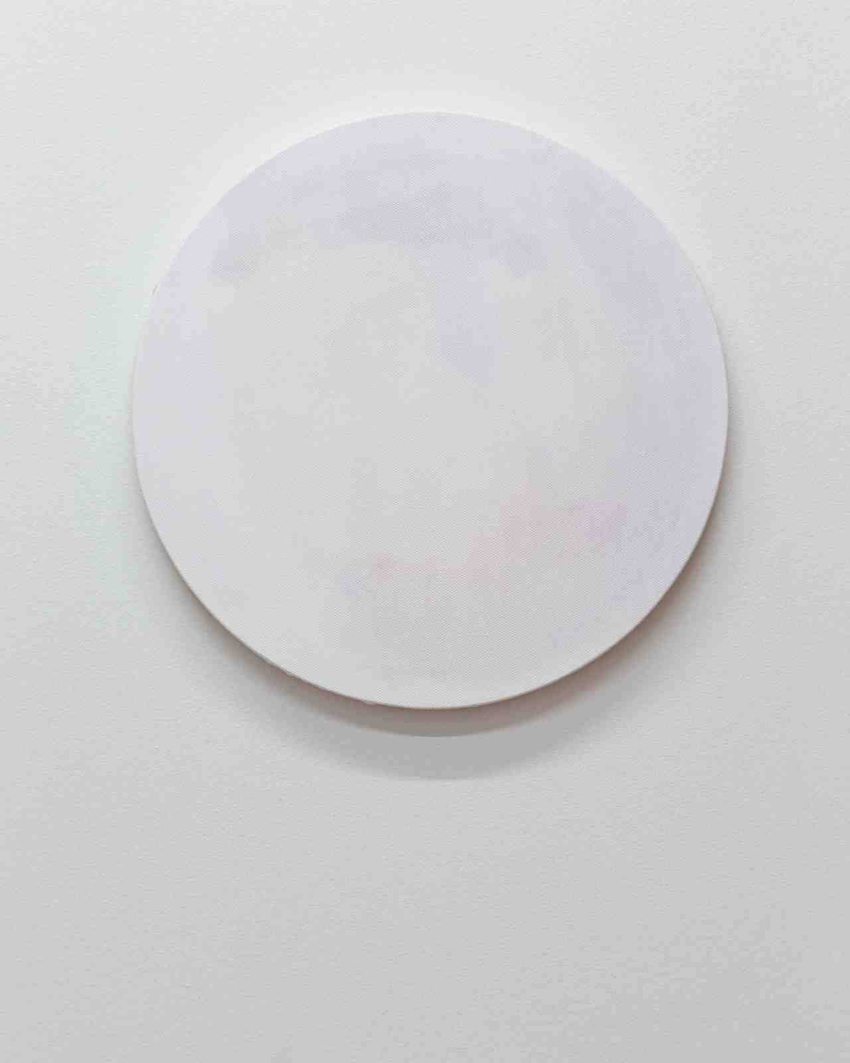 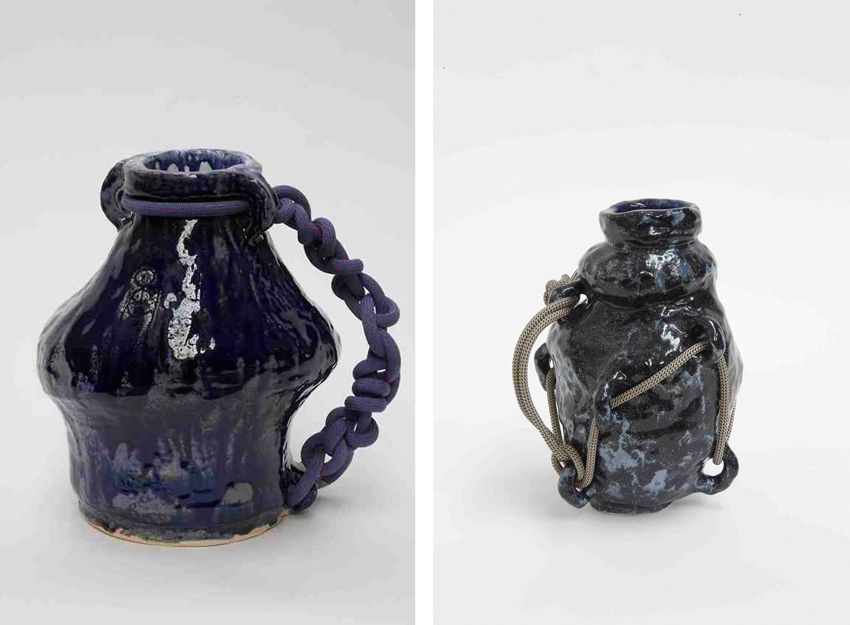 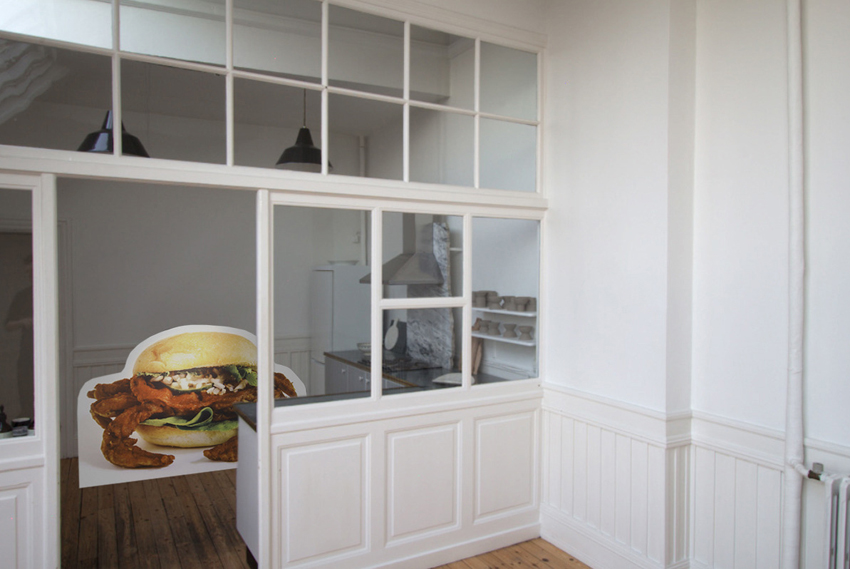 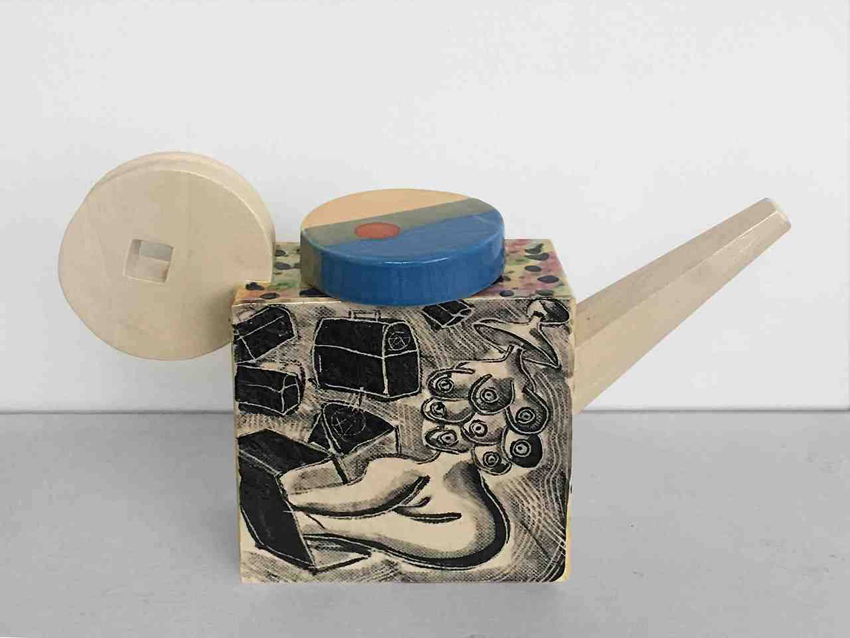 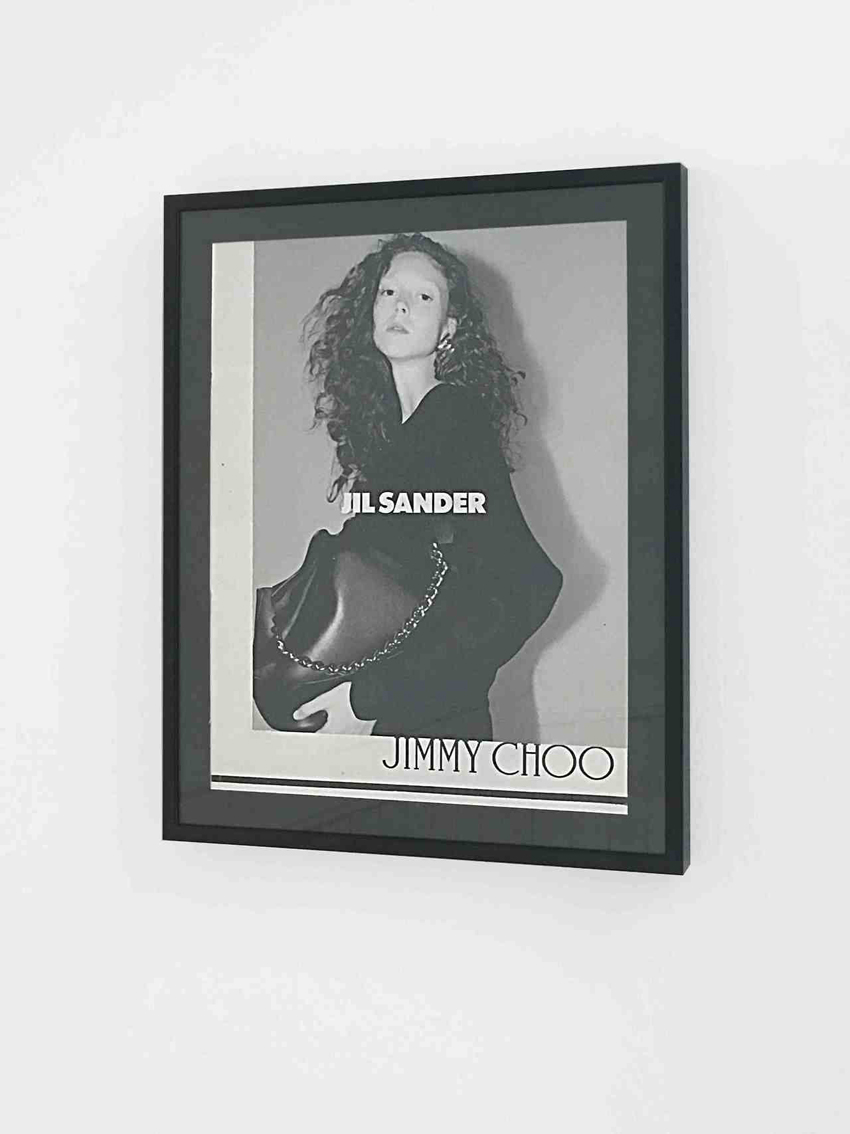 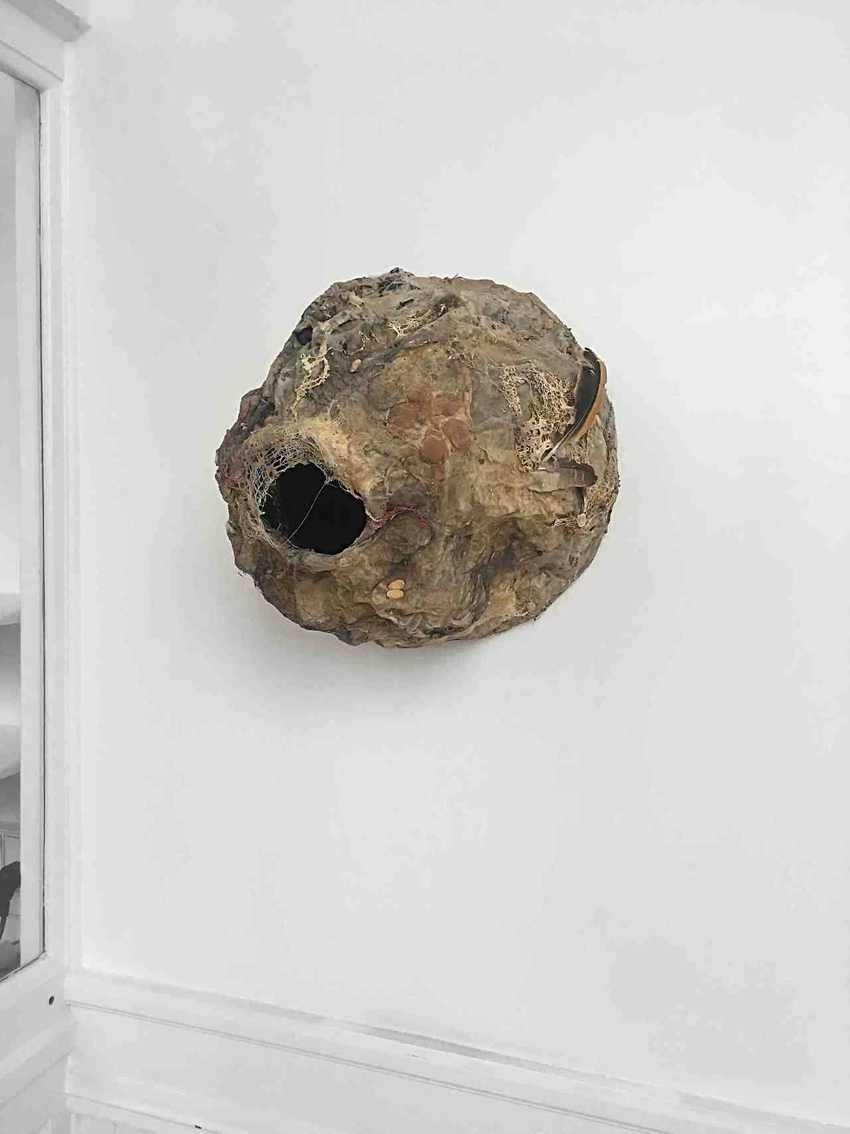 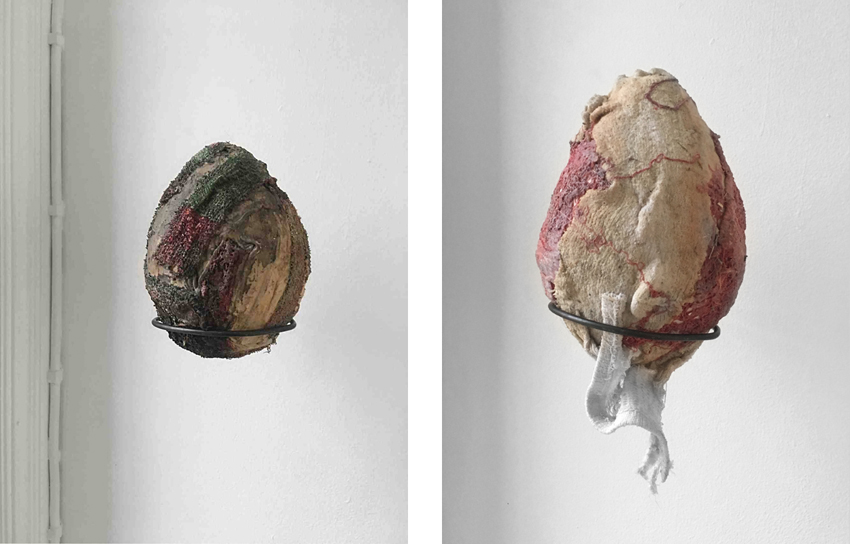 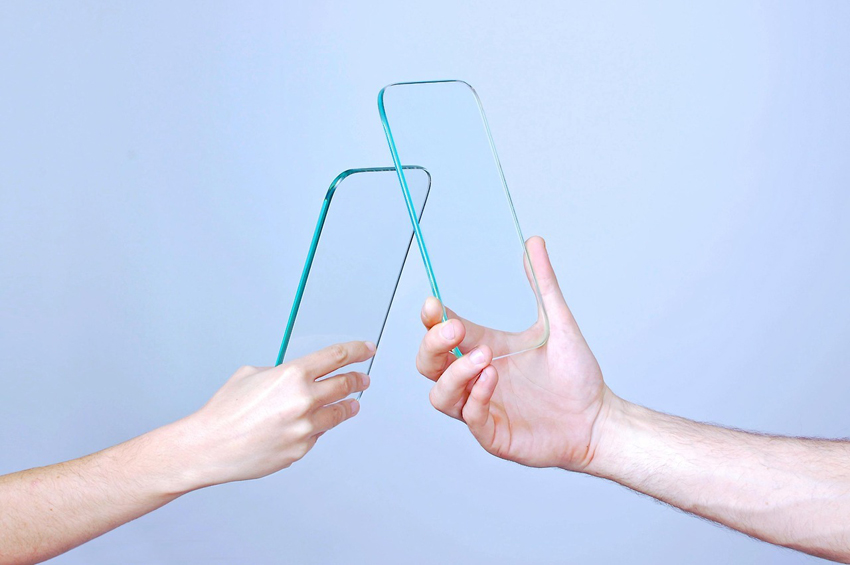 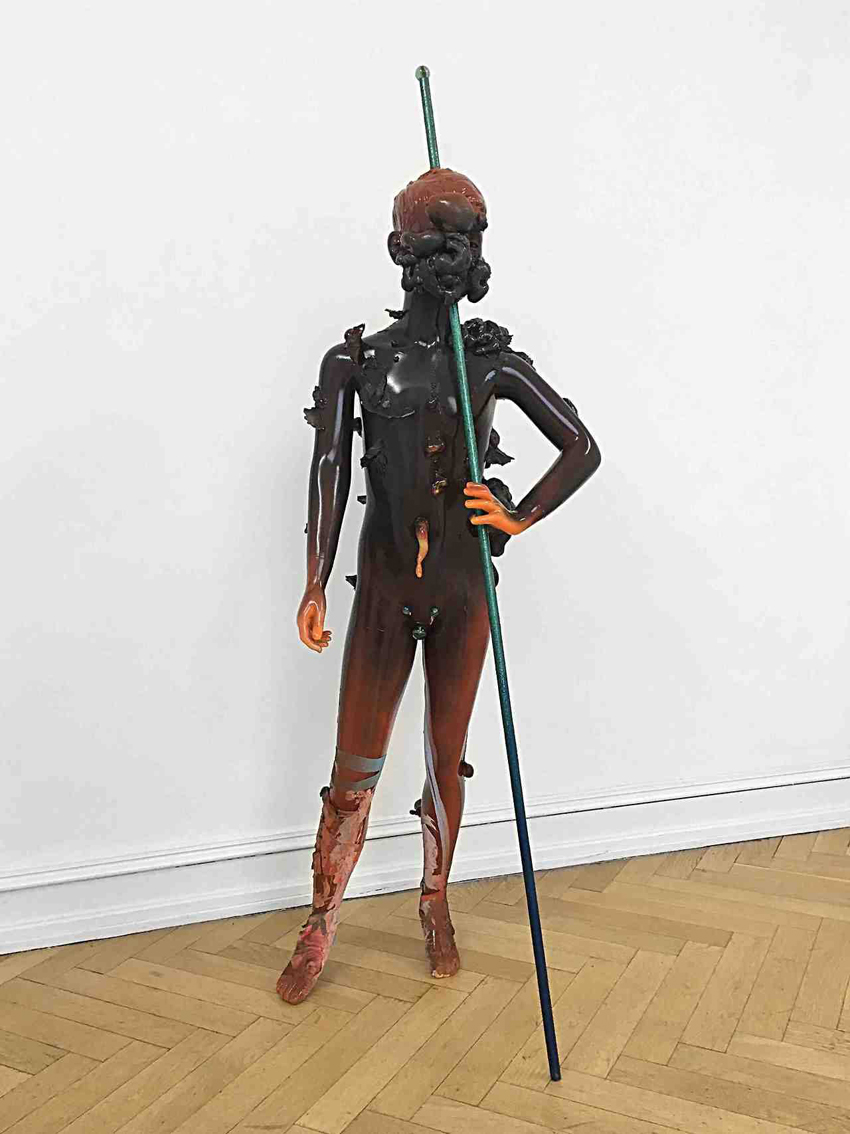 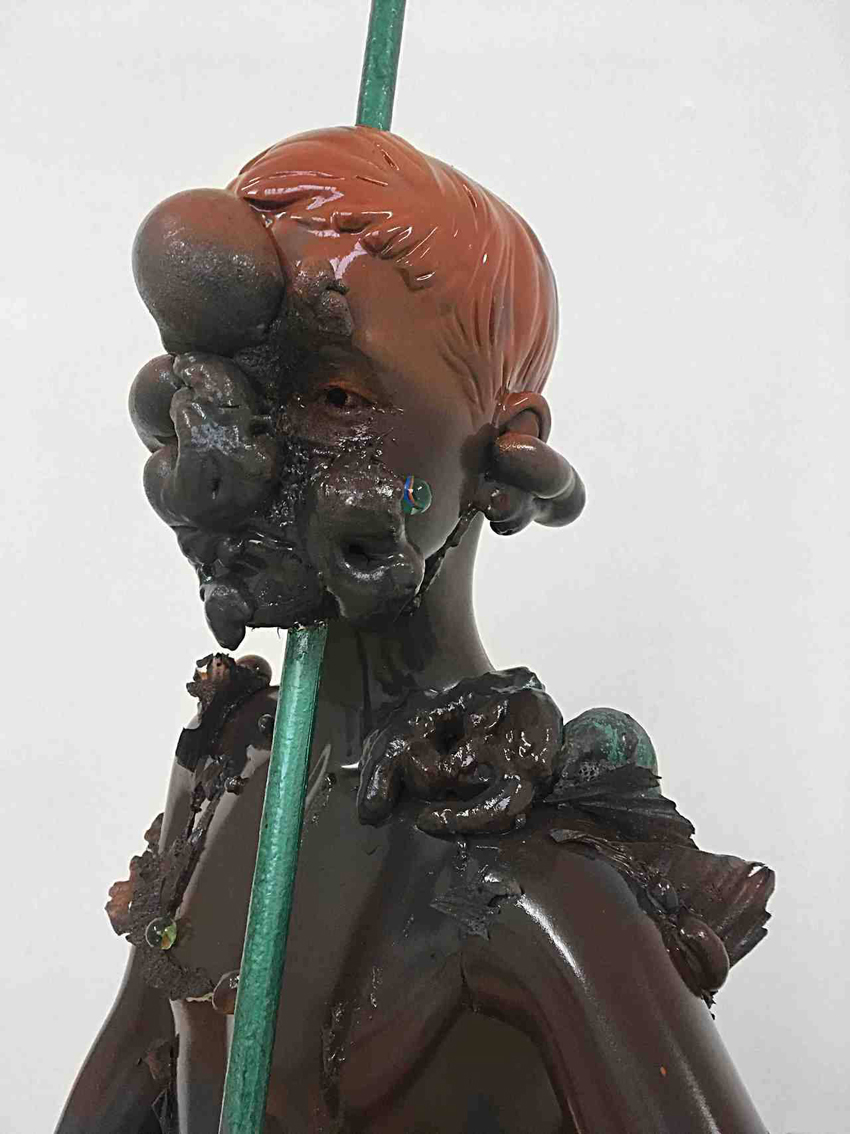 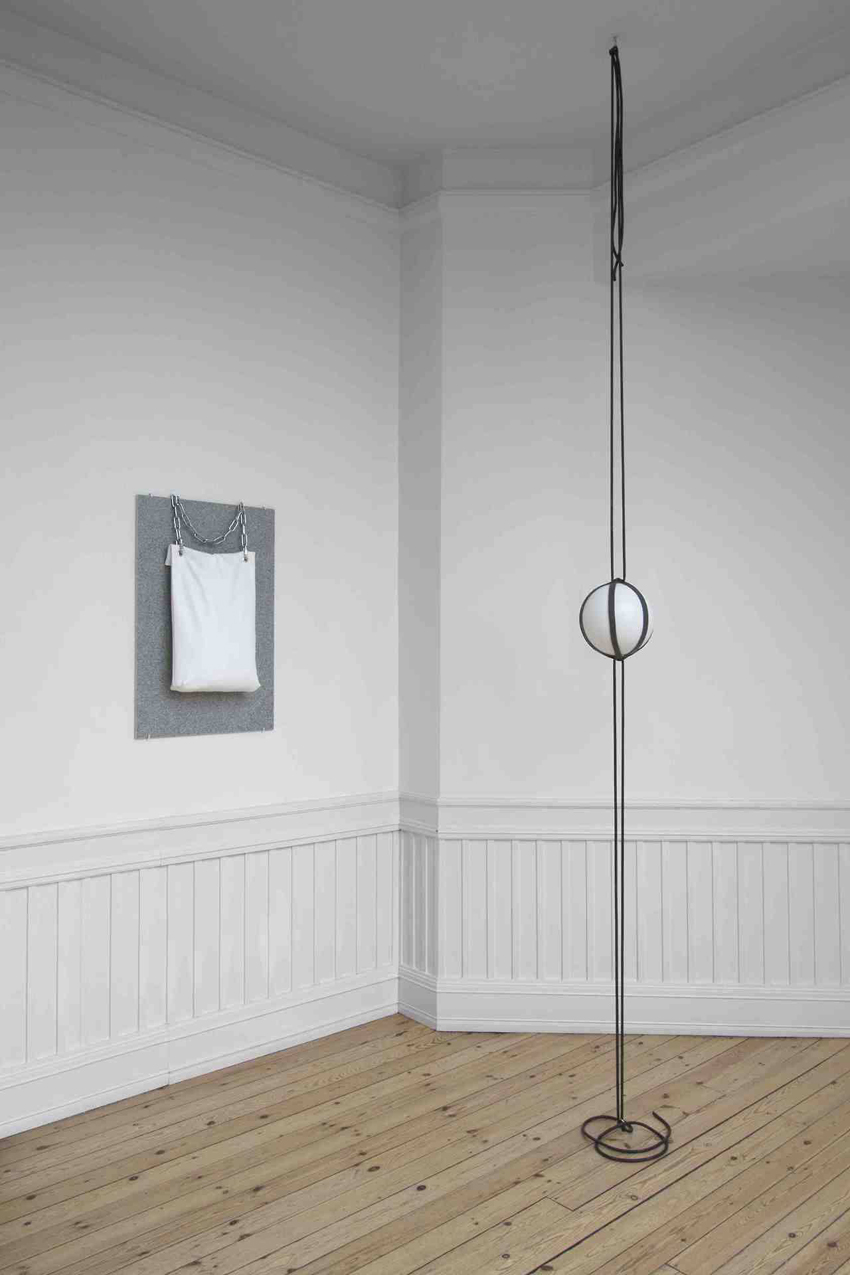 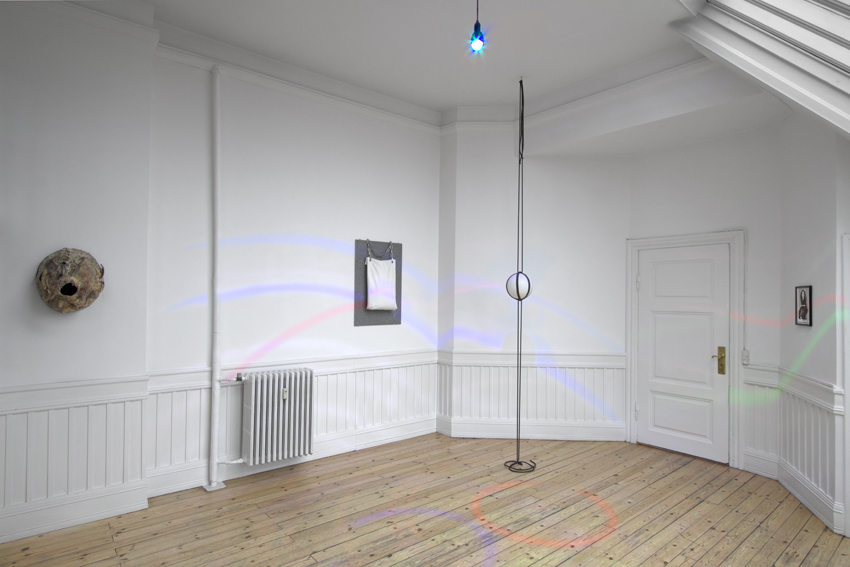 How to Start an Apartment in your Gallery

Courtesy of the artists and Les Gens Heureux