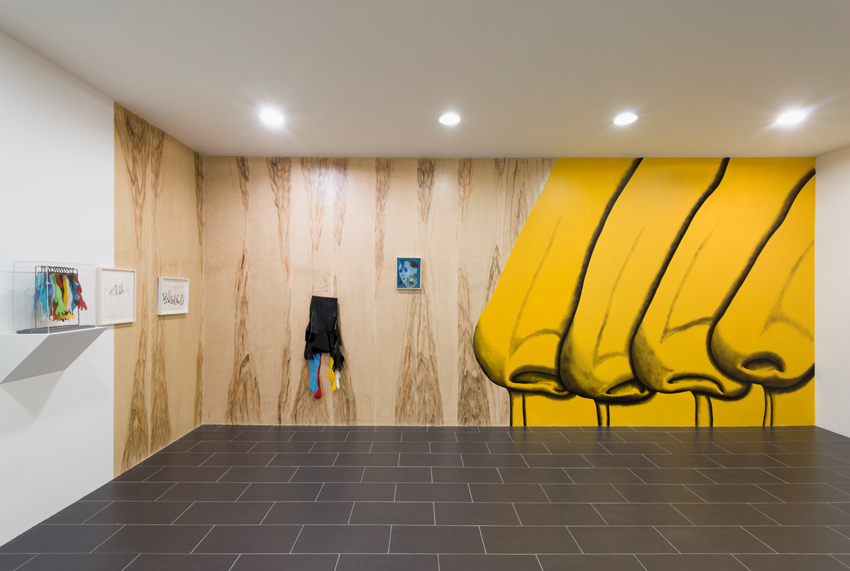 At SALTS, Sarah Margnetti fills the two exhibition spaces with intricate, painterly landscapes covering all the walls. In the context of this exhibition, Margnetti, together with the curators, selected some drawings, paintings and sculptures of the late Austrian Pop artist Kiki Kogelnik (1935-1997, lived and worked in New York and Vienna), with whom she shares a similar formal and conceptual vocabulary, despite the half century that separates them. Sarah Margnetti worked on a series of wall paintings, putting together an elusive narrative that explores the fragmentation of the human body and the sensorial and cultural potential of certain materials. Initially invited to realise the exhibition alone, it was later decided to grow the project into a conceptual and visual conversation between her and Kiki Kogelnik. When further researching her formal vocabulary, Margnetti grew fascinated with Kogelnik’s particular depiction of the body; herself always only representing it in disconnected parts, either while out-of-scale; concealed behind curtains, When You Feel Spiritually Aligned as Shit (Alienated Legs), 2017; or simply in schematic, monochromatic cut-outs, Take it to the Streets (Alienated Hand), 2017.

A peer of Andy Warhol, Claes Oldenburg and Sam Francis, Kogelnik has often been associated with the American Pop Art movement, with whom she shared a similar language and attitude while living and working in New York. Barely concerned to celebrate the apex of consumerism, she instead appropriated the codes of Pop Art in order to produce a mere critique of it. Both Kogelnik and Margnetti’s colourful, artificial disembodied figures reveal a concern with the commodification of the feminine body, and the alienating anonymity brought by progress; from the triumph of mass production in the 1950s to the new technological turn of the 2000s. This is particularly explicit in a series of drawings Kogelnik made between 1969-70, in which the female figure—often headless—is reduced to hanging limbs, Untitled (Hangings), 1970, a skirt, Mini Skirt, 1970, or turned into electric appliances, Things to Pull-in; Push, both 1969-70.

Remarkably, Margnetti’s choice to use the medium of painting solely in time and context-specific projects dooms her production to disappear with the end of each exhibition. Avoiding the classical tools of the (male) painter, she aims to emphasize the importance of creating a direct connexion to the “now”, to what is lived, and ultimately to life itself (hers, but also the one of others). Perched on ladders for hours a day, during a month-long work session, for SOULLESS SKIN she involved her entire body in the making of the murals. During these intensive periods of production the artist renders herself to the work, in an act of resistance towards the pace and maddening potential of the current social and political climate. This concern for bridging art and life is also visible in both of the artists’ recurring use of the motif of the hand—their own—, which symbolises the power of making and adds an autobiographic dimension to the works.

Margnetti’s signature use of yellow refers to the original colour of an emoticon. Made of punctuation marks, this digital equivalent of an emotion allows for a wordless communication, and is arguably devoid of any actual sentiments. 50 years earlier, Kogelnik’s use of vinyl to depict human skin was meant to symbolise an artificial being, one that is stripped off a soul by mass-consumerism. With similar strategies, both artists attempt to negotiating the feminist identity and the social transformation induced by Modernity.

Though trained in producing trompe l’oeil, —a hyperreal style of painting ultimately meant to deceive perception—Margnetti’s wood and marble surfaces, The Most tendered Organ, 2017; Four Noses on Wood, 2017, deliberately fail to render the impression of the materials they’re emulating. This controlled failure allows a progression from concrete meaning to an abstract rendering of emotions, where the signifier shifts away from the signified. Mystical, warm, healing, masculine, the symbolic aura of Margnetti’s wood surfaces contrasts strongly with the cold, solid, and feminine quality of her marble backgrounds. In like manner, motives and materials were picked by Kogelnik for their symbolic value, as carriers of cultural and historical content. Once overlapping and superimposed Margnetti and Kogelnik’s work create an entirely new perspective that further speculates on the cultural potential of materials, and its importance in the definition of identity in relation to time and History.

So what shall we understand from such a formal and conceptual closeness, 50 years apart? Though Margnetti and Kogelnik have never met, nor ever coincided, their practices cross paths on an astonishingly amount of levels. Most notably, their work bring an original contribution to the feminist discourse, bridging the second- and third-wave, while measuring the role and use of the female body and the ever shifting consequences of progress. 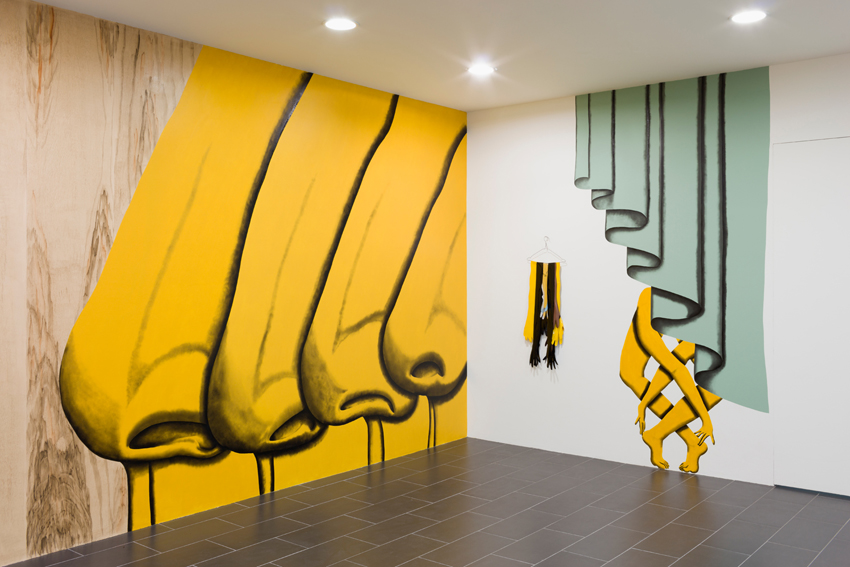 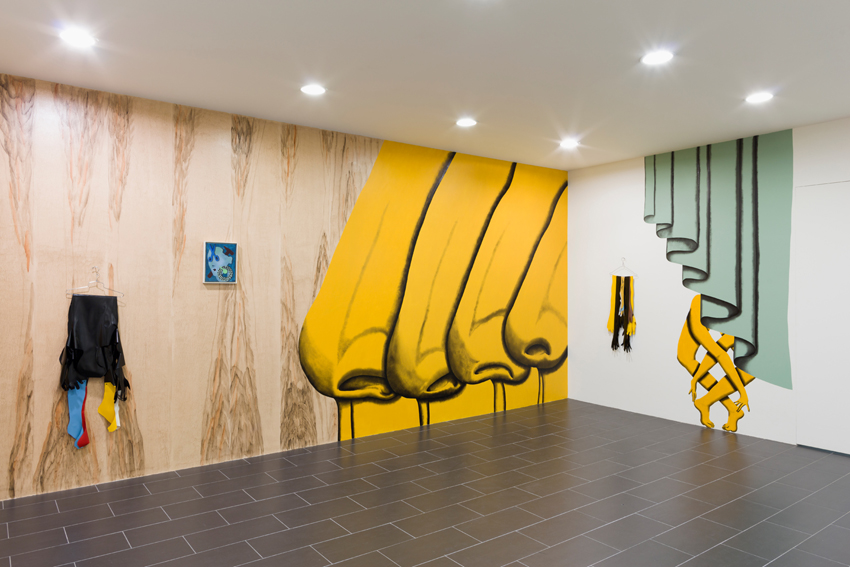 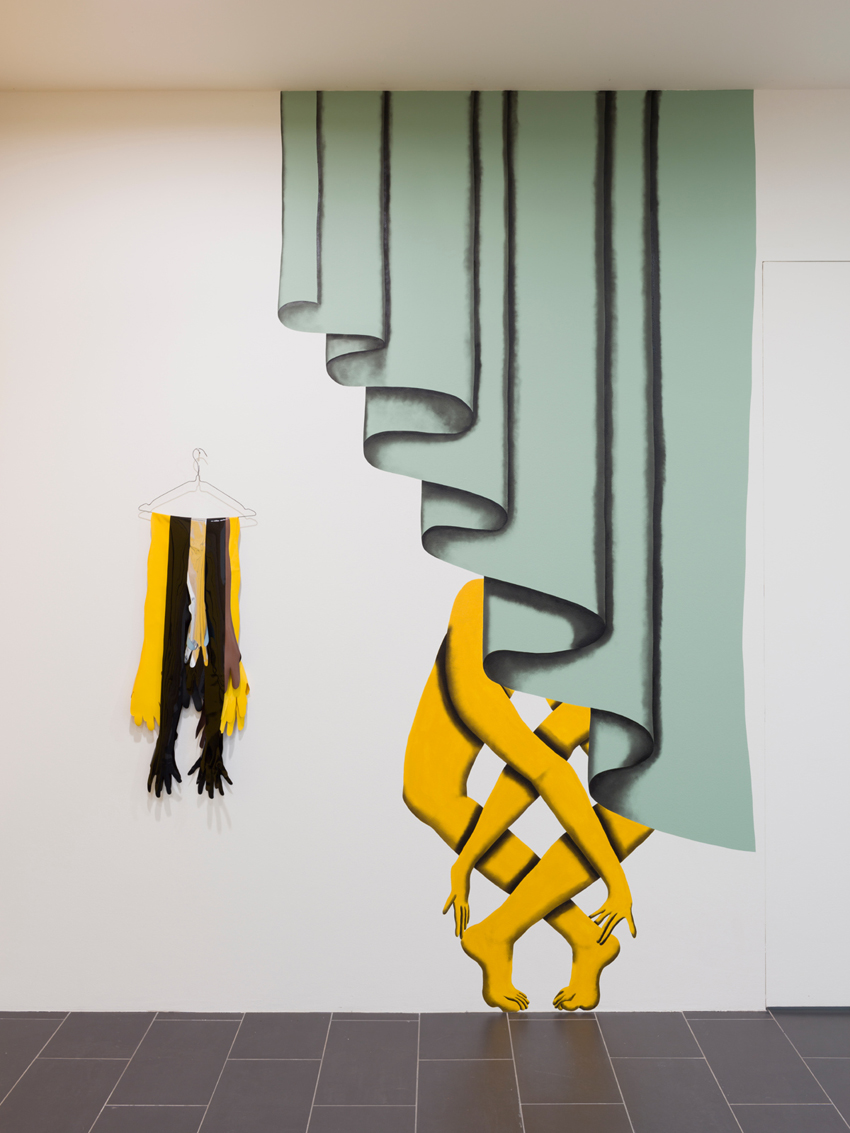 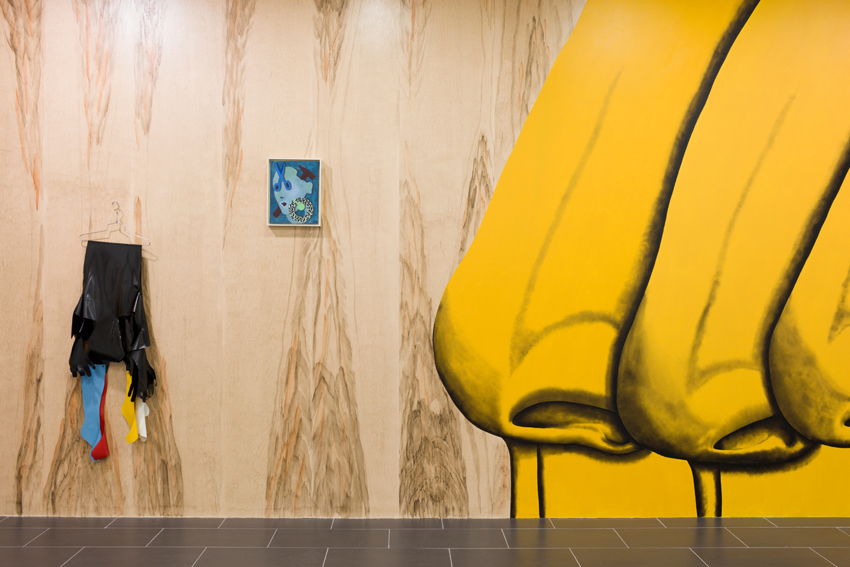 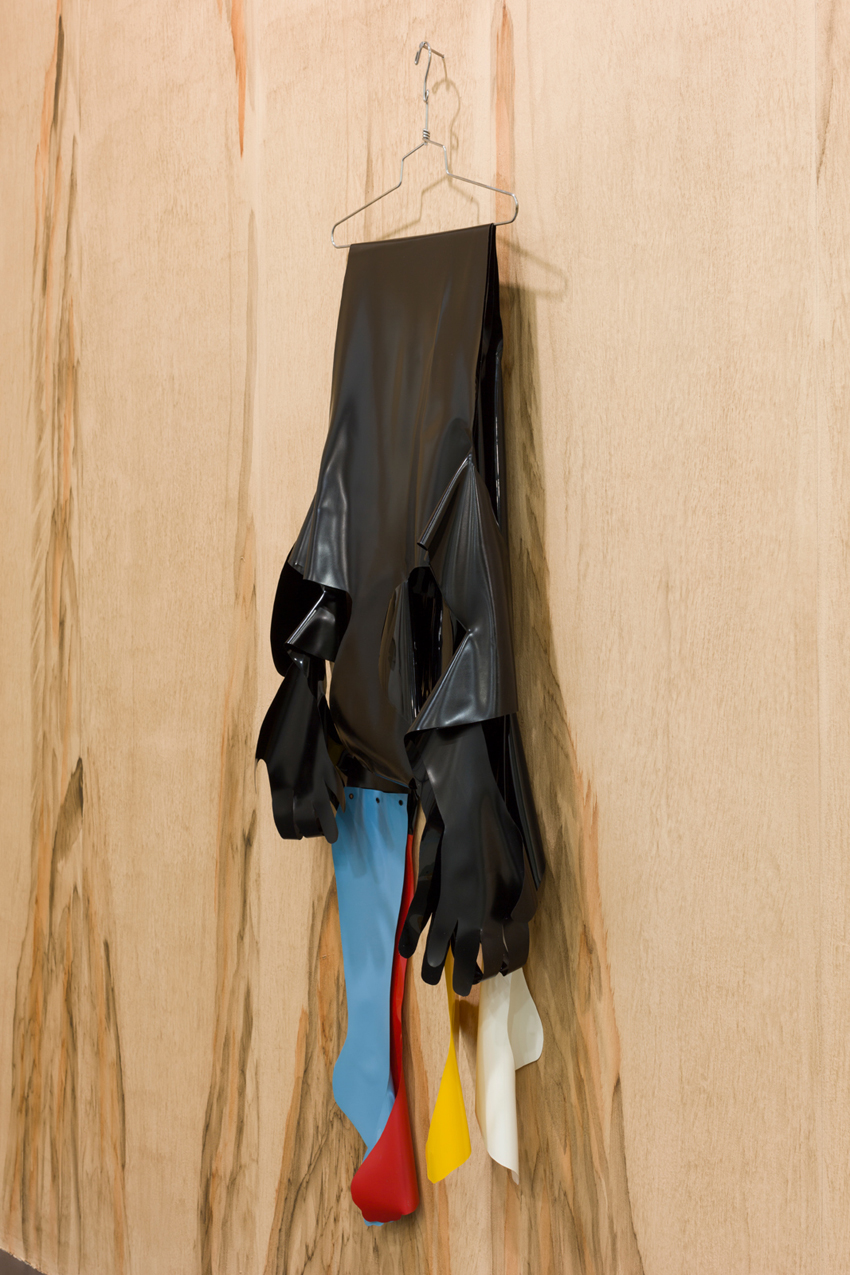 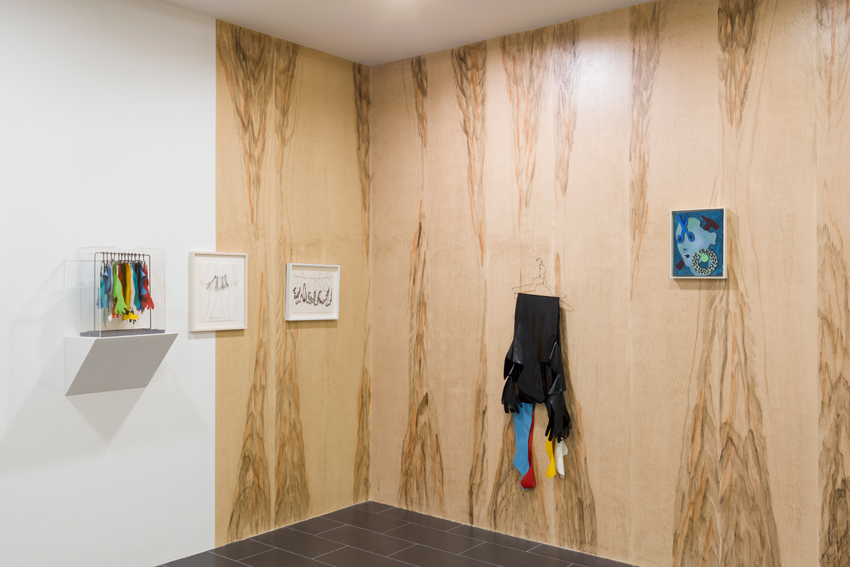 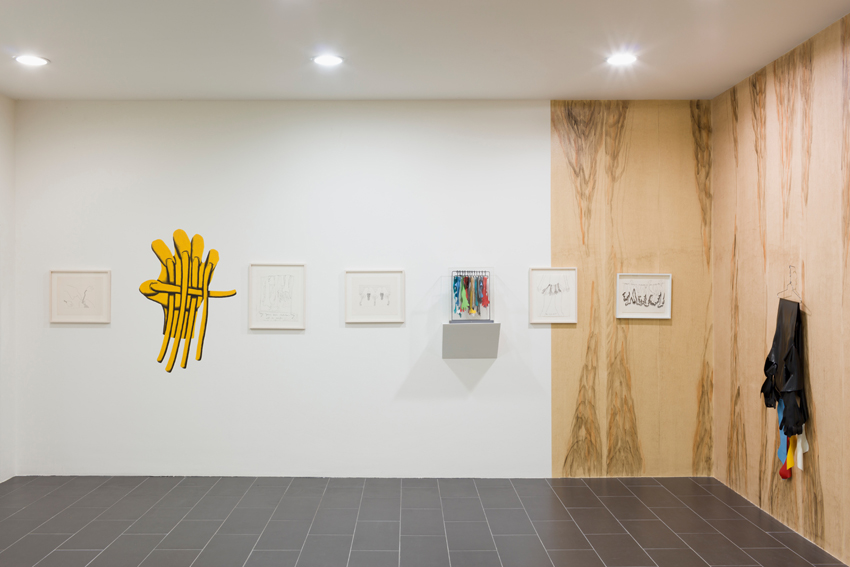 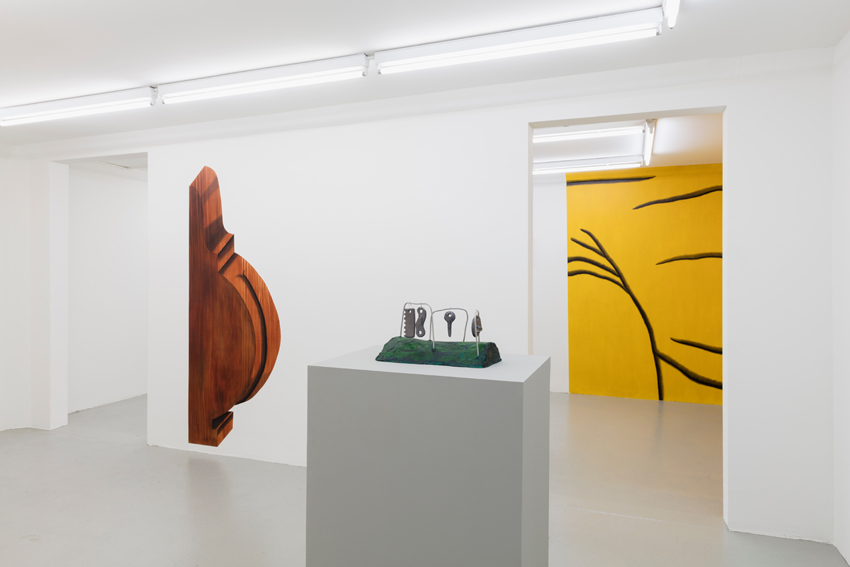 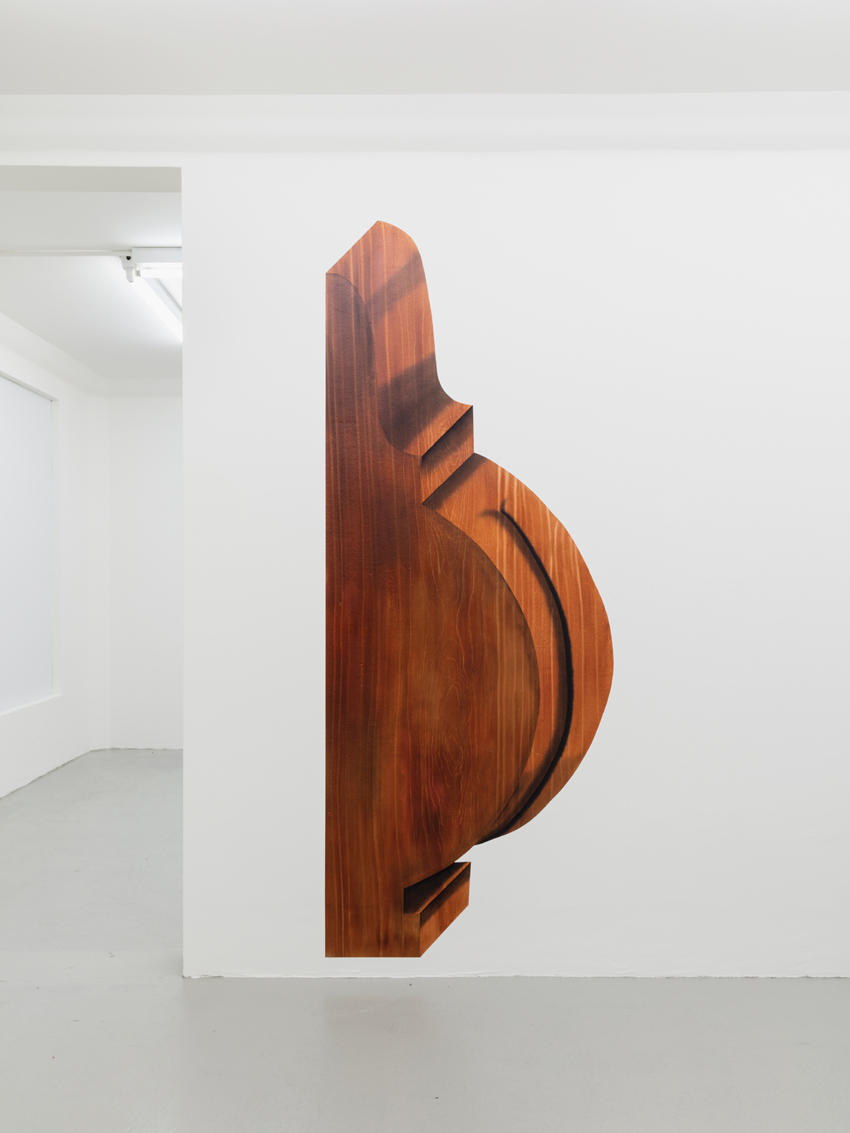 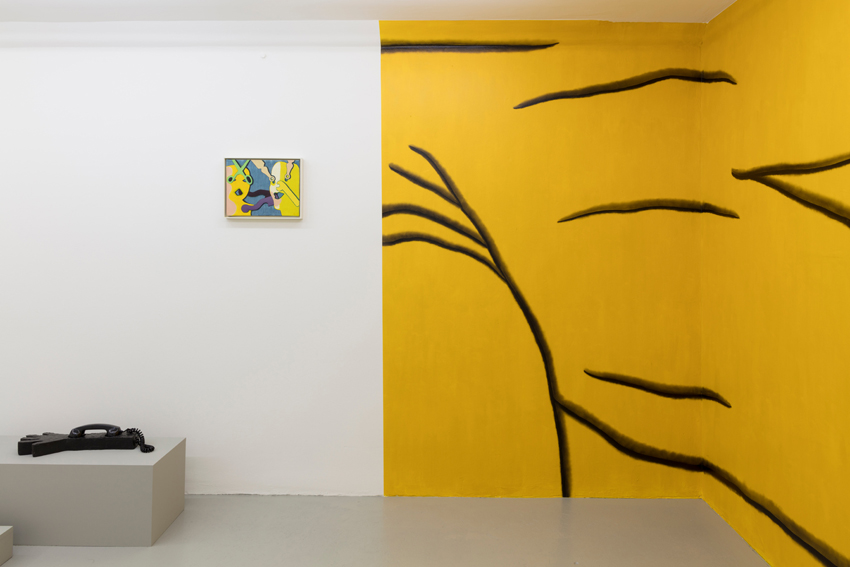 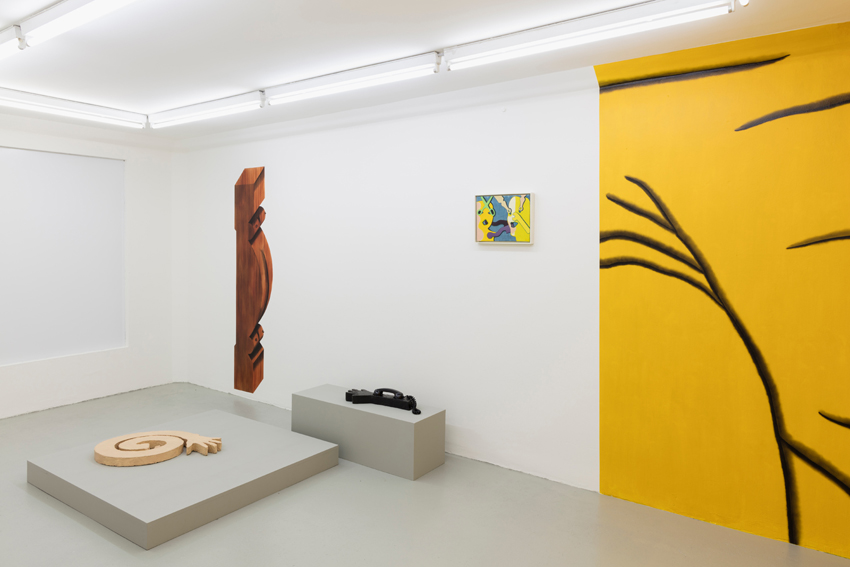 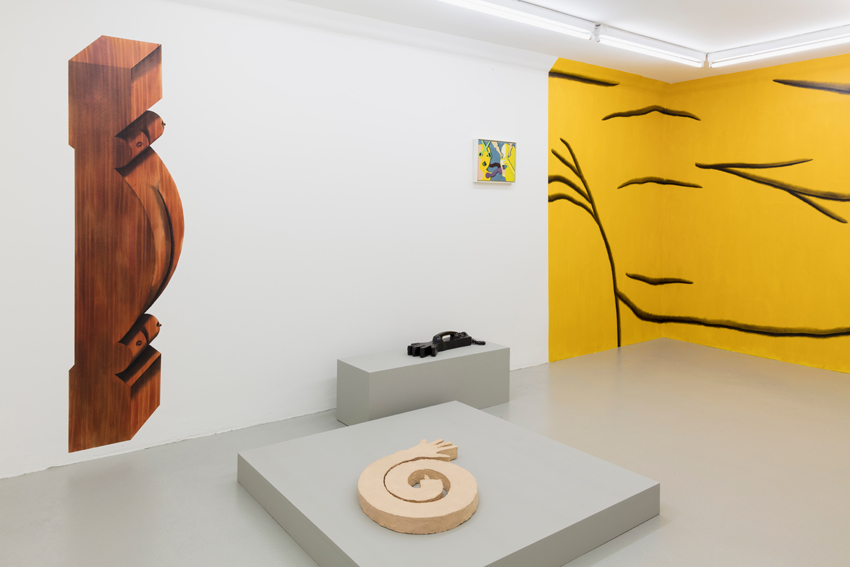 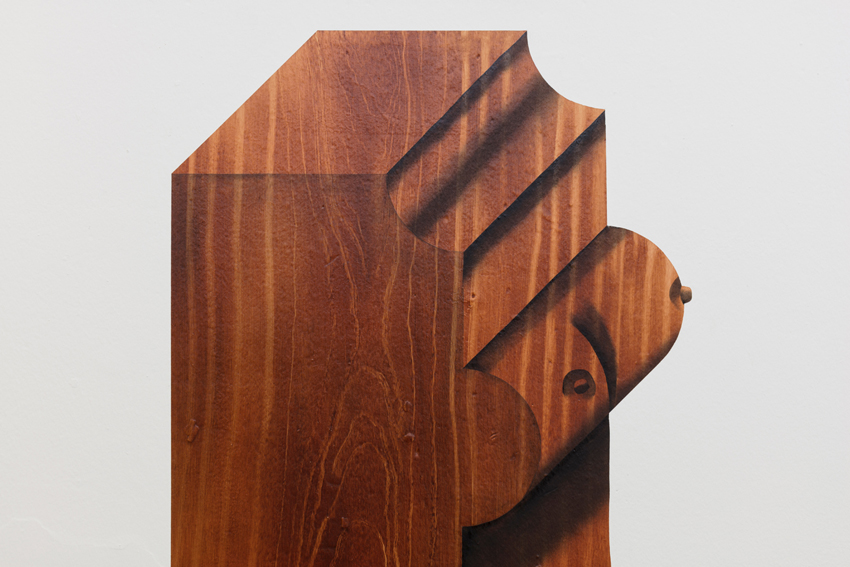 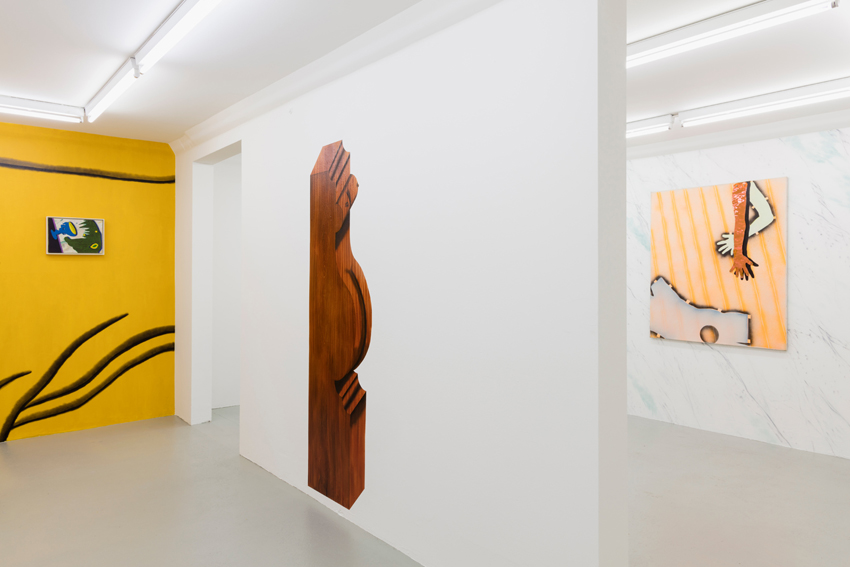 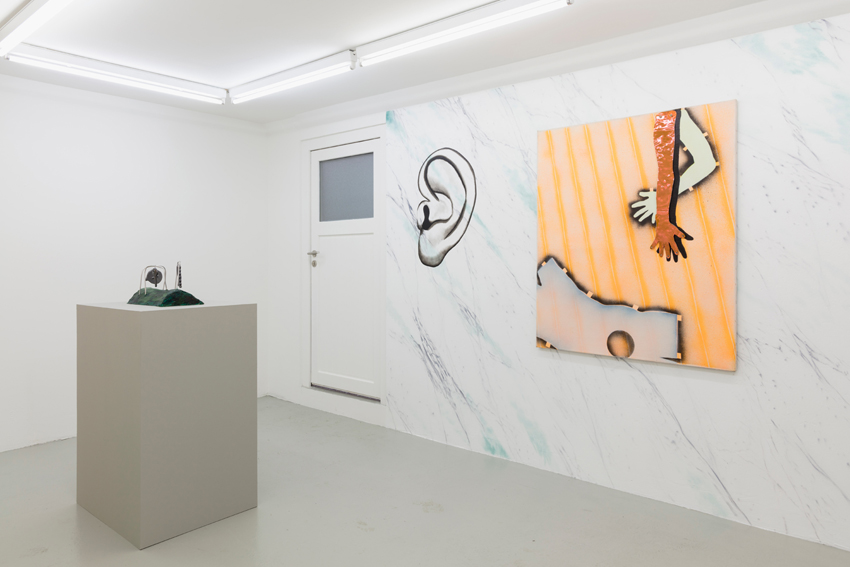 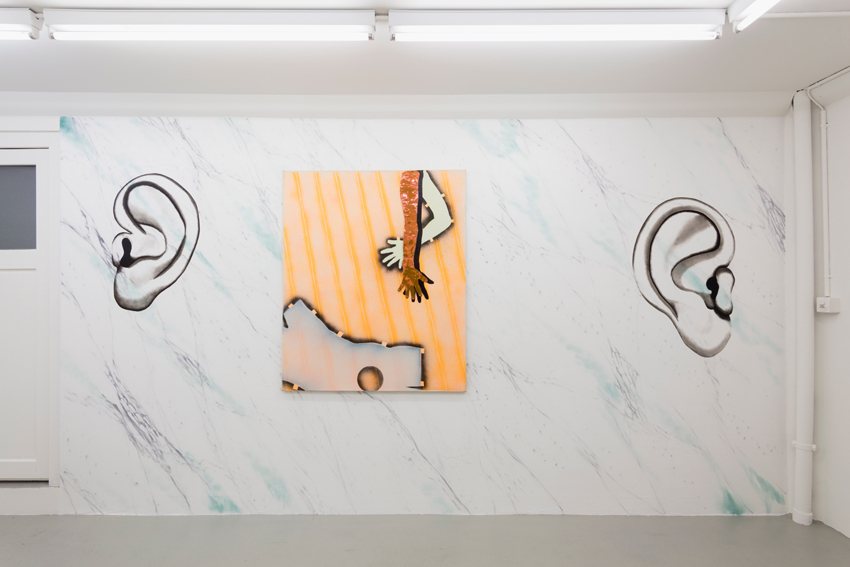 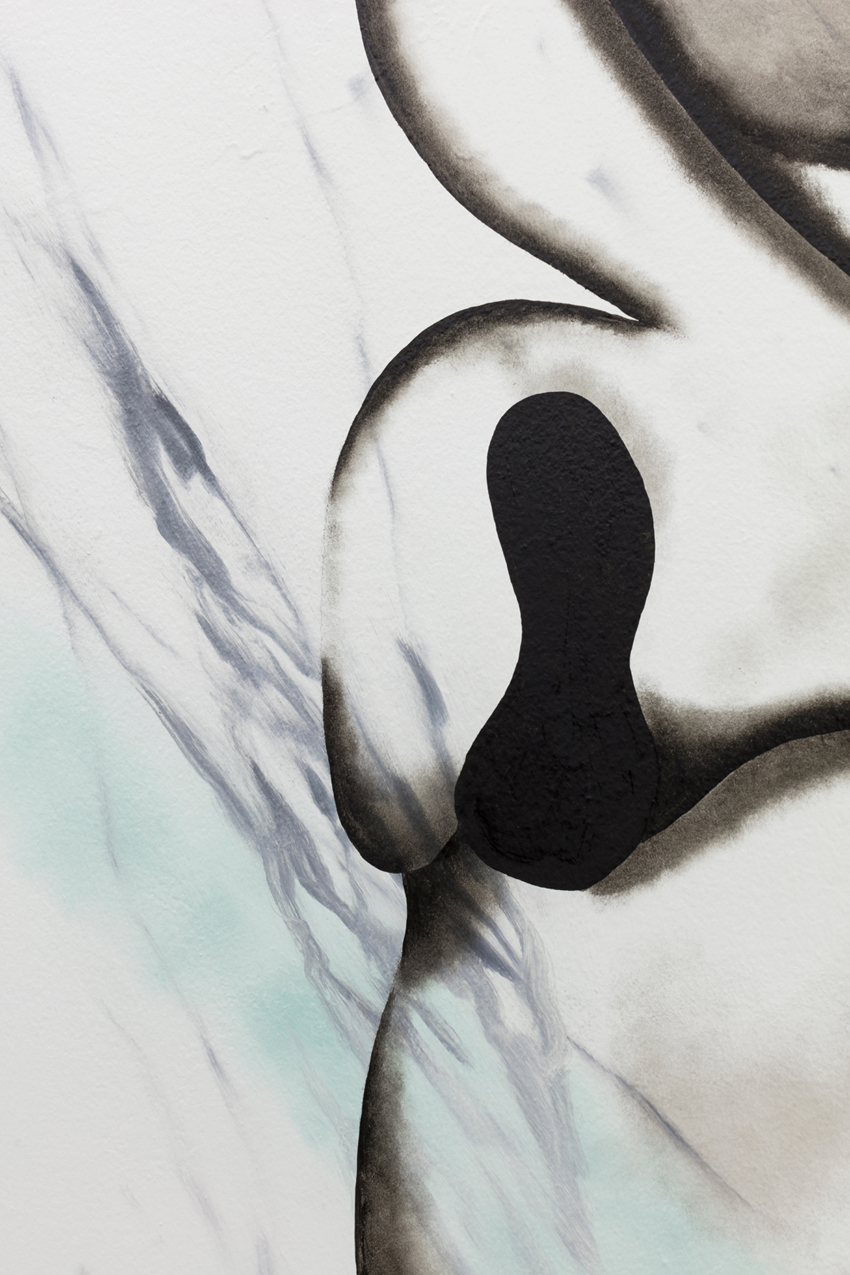 Courtesy of the artists and SALTS