Sarah & Charles:
In The Hands Of Puppets — at Be-Part, Waregem 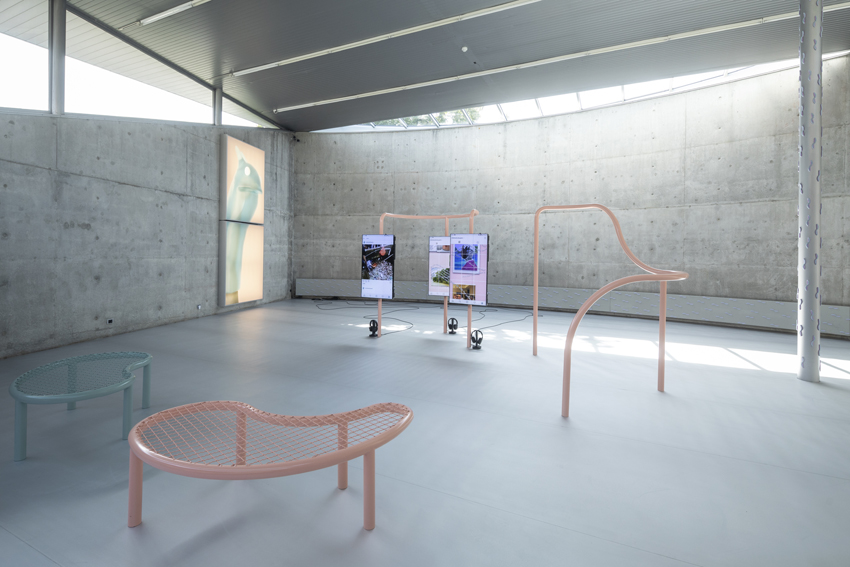 Sarah & Charles (b. 1981, 1979, Brussels) have been working with the theme of reality and fiction for over ten years now. Their work has typically addressed this theme in relation to the public, with an increasing focus in recent years on the public space. The artists expose mechanisms, playing with illusion and confusion. In this exhibition the artists’ gaze is directed more inwardly as compared with their earlier work, in the sense that their more recent work offers more of an analysis of the individual and the individual’s role in today’s society. While their works from 2015 related more to the spectacle of society and their own imaginary world, their oeuvre now embraces the scope of a broader societal context. In this exhibition Sarah & Charles integrate a fundamental reflection regarding our connections with the virtual world and artificial intelligence (AI). In the world of augmented reality they have also come to view individual responsibility as an absolute necessity.

Central in the exhibition, the new animation film In the Hands of Puppets  is a new development in Sarah & Charles’s artistic practice. A virtual hand puppet with an expressive face enters into dialogue with artists and people prone to psychosis. This film was realised in the context of Sarah & Charles’s residency at KAOS, a non-profit whose objective is to bring together art and psychiatry. The topics broached by the artists constitute the boundary between fiction and reality, which serves as the backbone of the work. The hand puppet listens to the concerns of the interviewees and is ultimately overcome by emotions itself. The screen mimics the dimensions of a phone screen. A separate space is created for the film by means of a curtain (UV maps, 2019). On the semi-transparent curtain the viewer sees parts of the artist duo’s faces stretched out in 2D. The form of these 2D drawings is a necessary intermediary step in designing an image in 3D. In this way the viewer is given a glimpse of the creation process behind another work in the exhibition (The Heads, 2019).

In the main hall we find the video installation Vanity of Vanities. The title of this work alludes to a statement from the Book of Ecclesiastes in the Old Testament. The notion of vanity in this book refers to the transience of the world and is often used in combination with the word emptiness. The world is a nonsensical place, it defies reason and is absurd. The text from the book possesses a subtle contemporaneity and contains a number of expressions that have been adopted by the artists, such as ‘all is vanity’ and ‘nothing new under the Sun’. On three screens, photos and videos circulating on the internet alternate with quotes from the Book of Ecclesiastes. The visual design of the video reflects the template of an Instagram page with its highly recognisable aesthetic. The video is in fact a live capture of an Instagram feed whose content one can follow and like during its time as a video installation. The three screens of the video Vanity of Vanities are presented on so-called Peanuts, pieces of urban furniture in pastel-coloured, coated stainless steel, designed by Sarah & Charles under commission of the Municipality of Anderlecht for the district of Kuregem. A parallel is thus drawn between the public space and the virtual space of the internet. Here the status of the benches, 22 of which were made, changes from utilitarian object—the benches are used in all manner of contexts in Kuregem, from toys to seats—to a sculpture within the protected context of an exhibition. In the main hall the wooden floor is covered in cardboard packing material normally used in the food industry. The purpose of this floor covering is to strip as much information from the space as possible. However, in this work the question arises of in how far we are still able to shape our fate.

The basement of Be-Part is bathed in pink light. The work A Creative Spa emits a fog, clouding our vision. The setup in the basement is the most open-ended part of the exhibition in the sense that it forms the basis for one or more performances that will take place in the future, including at the BUDA arts centre in Kortrijk on 14 and 15 April 2020 (as part of the End of Winter Festival). The Heads shows two avatars (representations of real people in virtual space) of the artists, albeit without eyes or mouths. Lacking mouths, they produce only an unintelligible groaning. Clearly the avatars allude to the vain and the elusive. 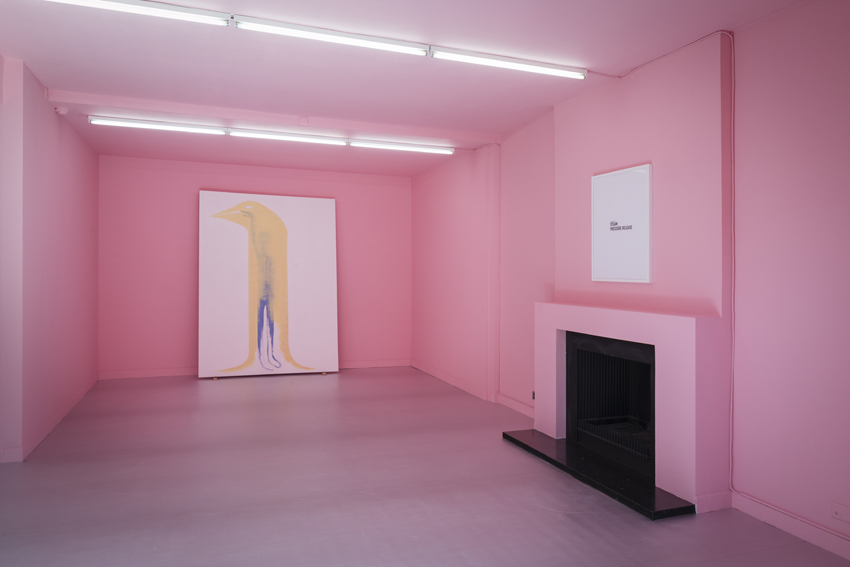 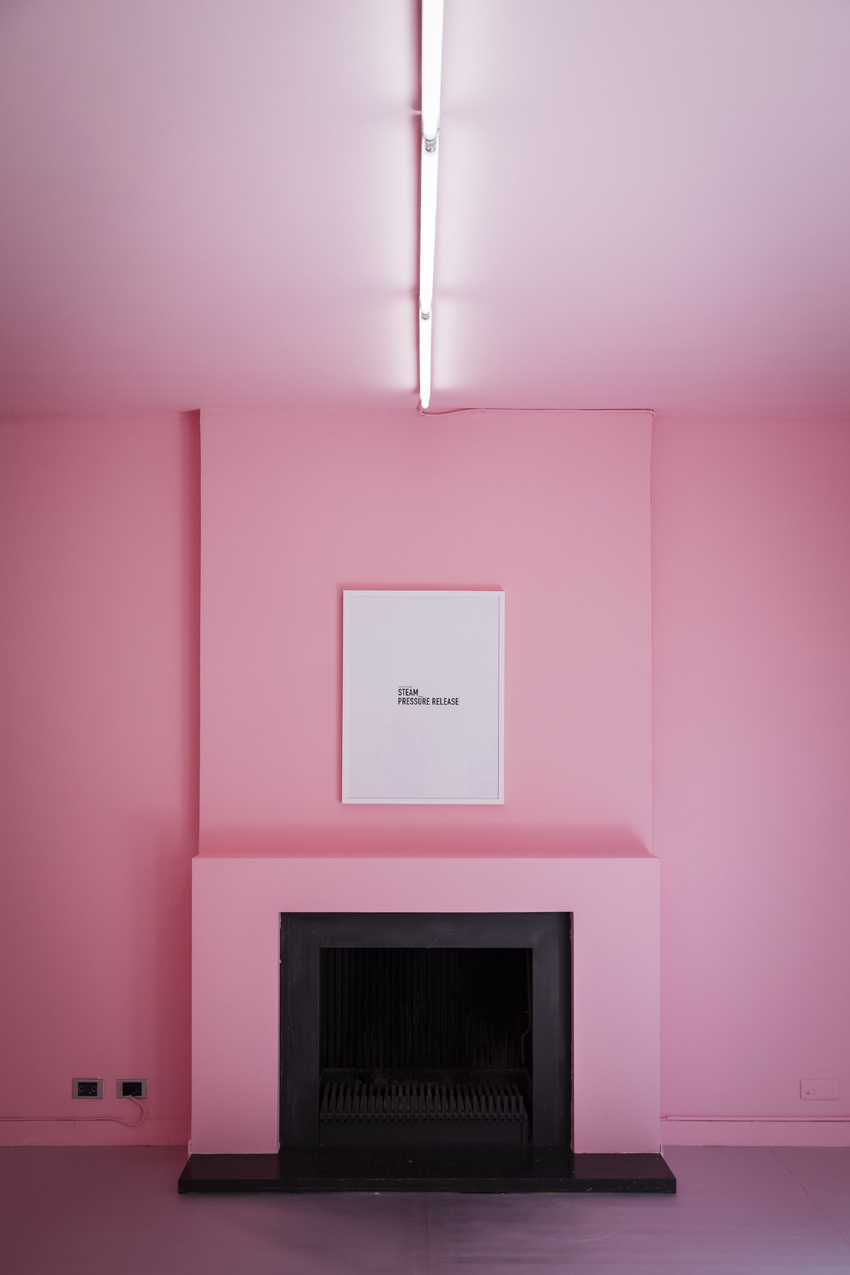 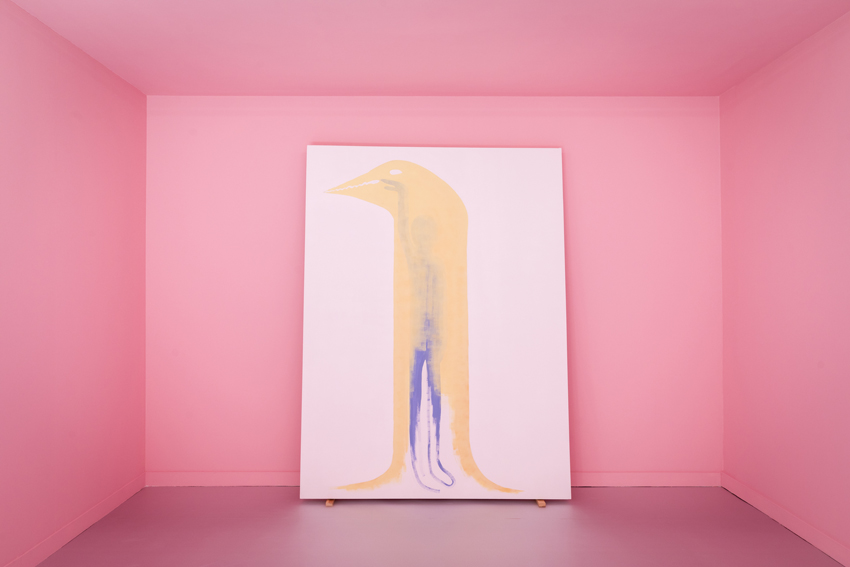 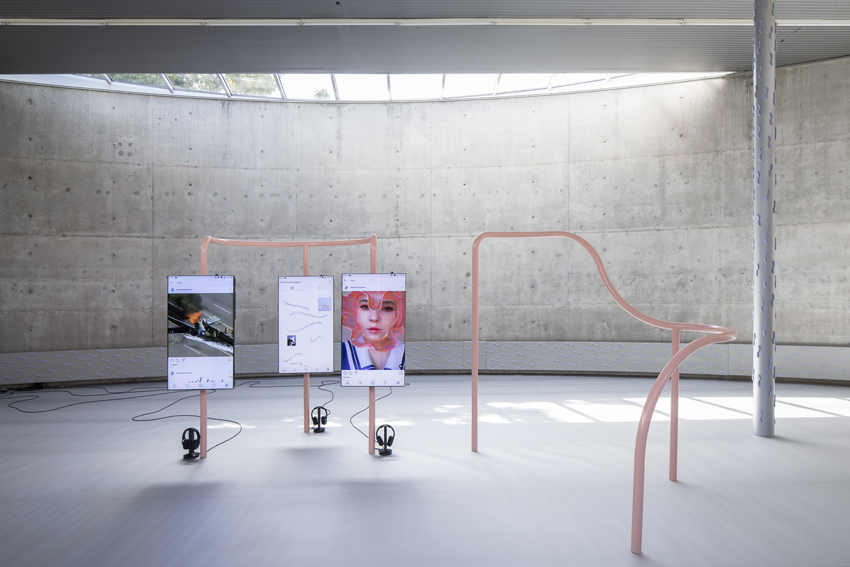 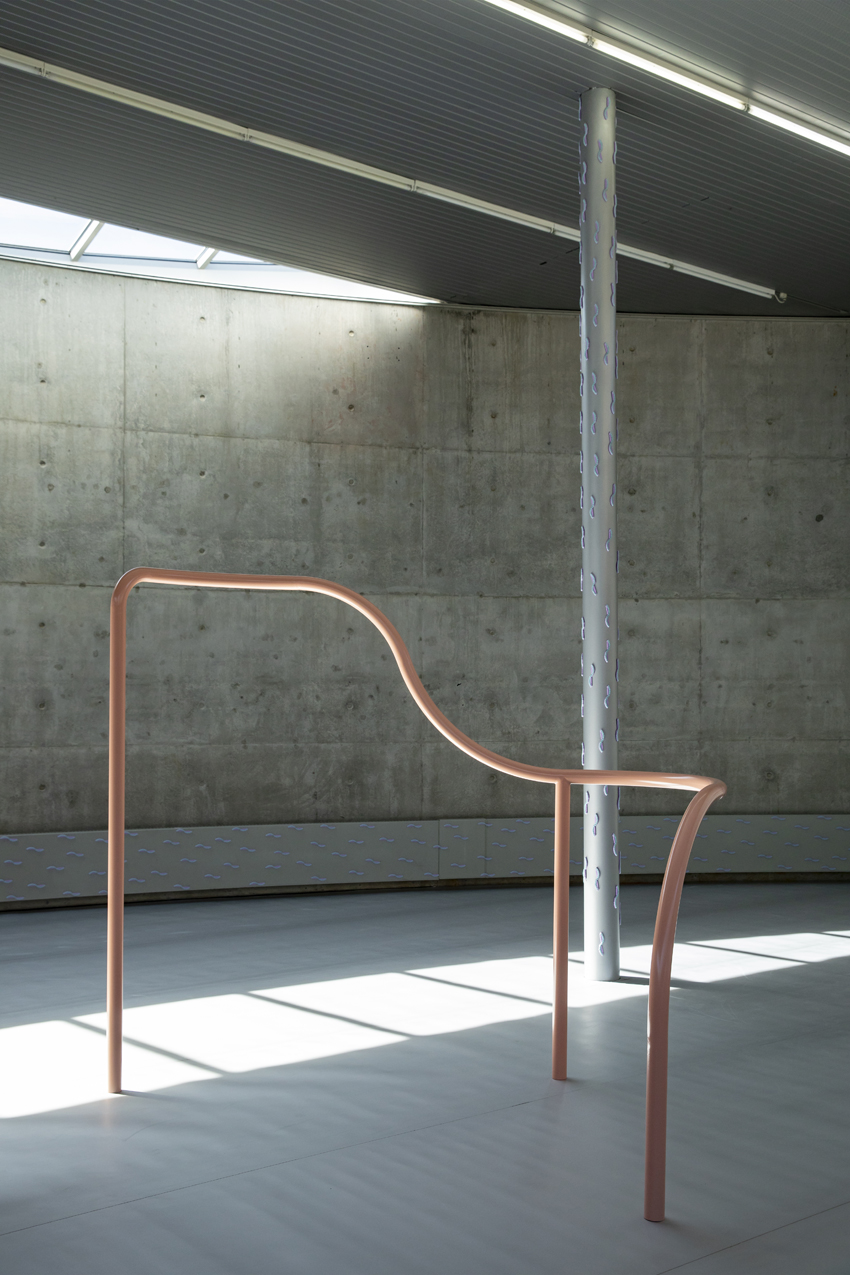 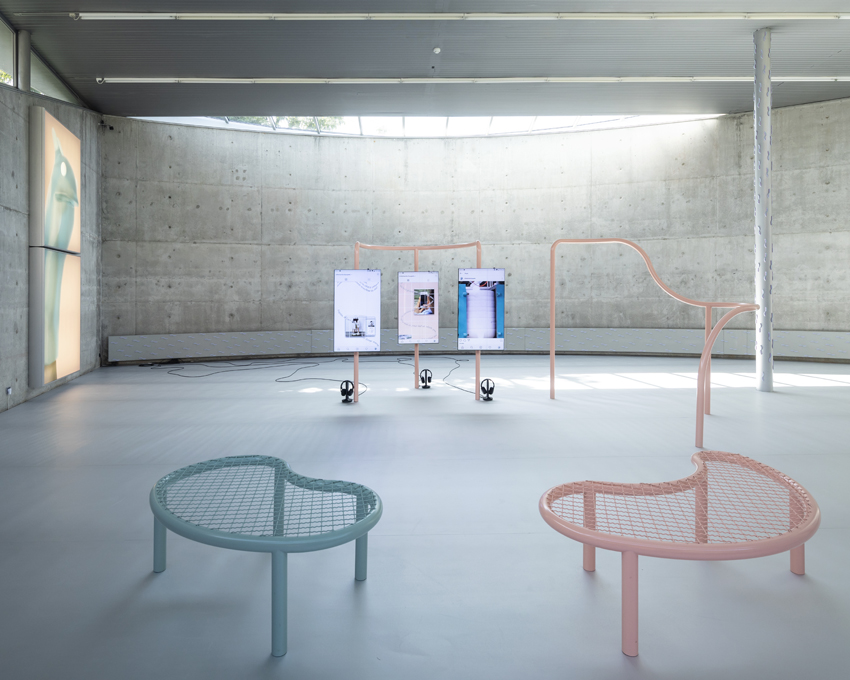 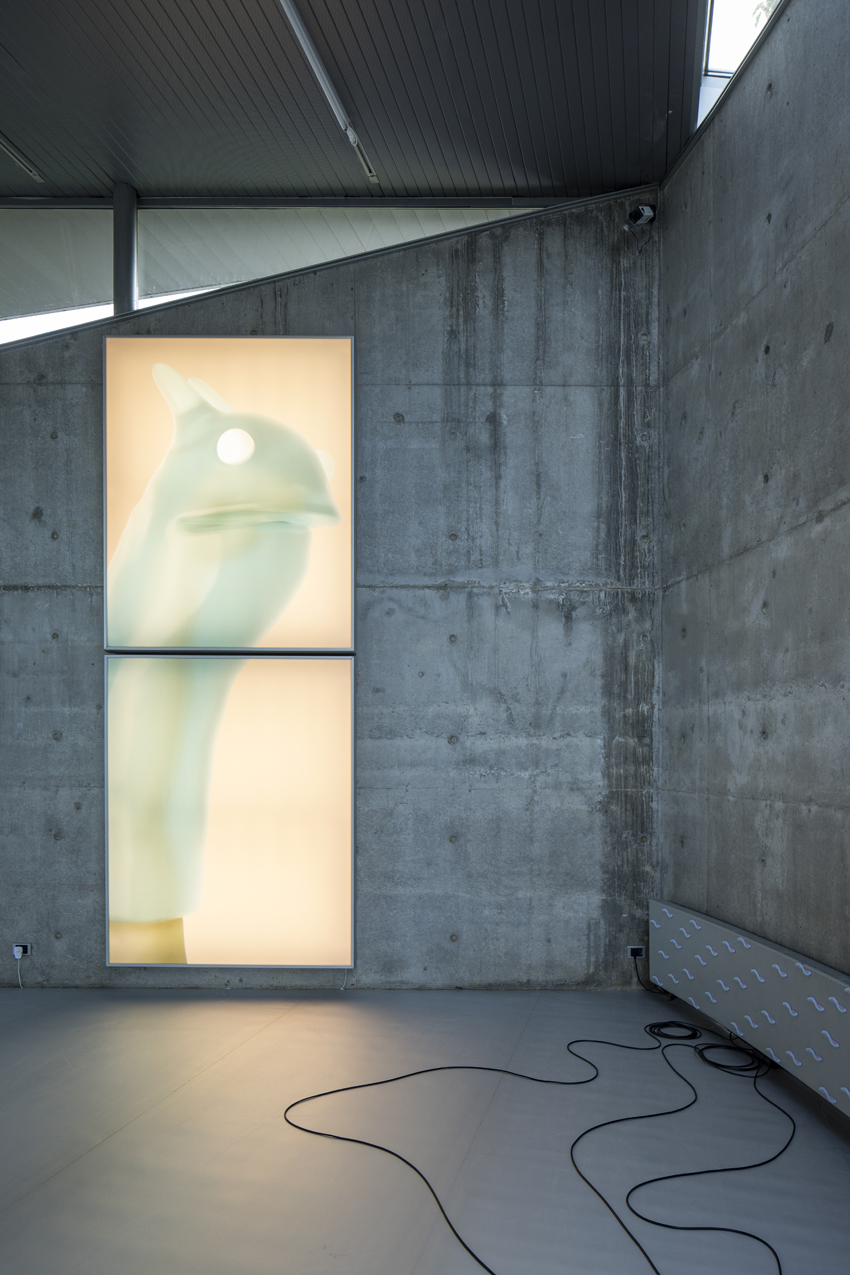 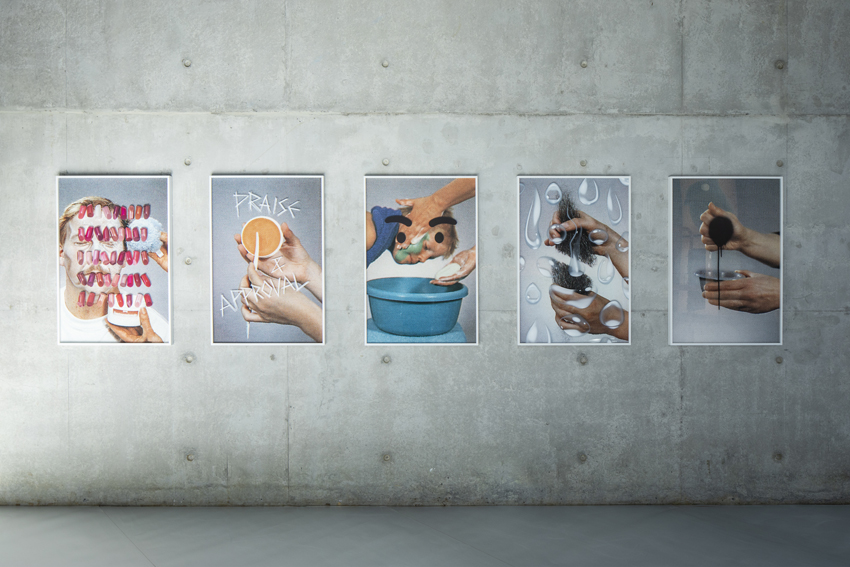 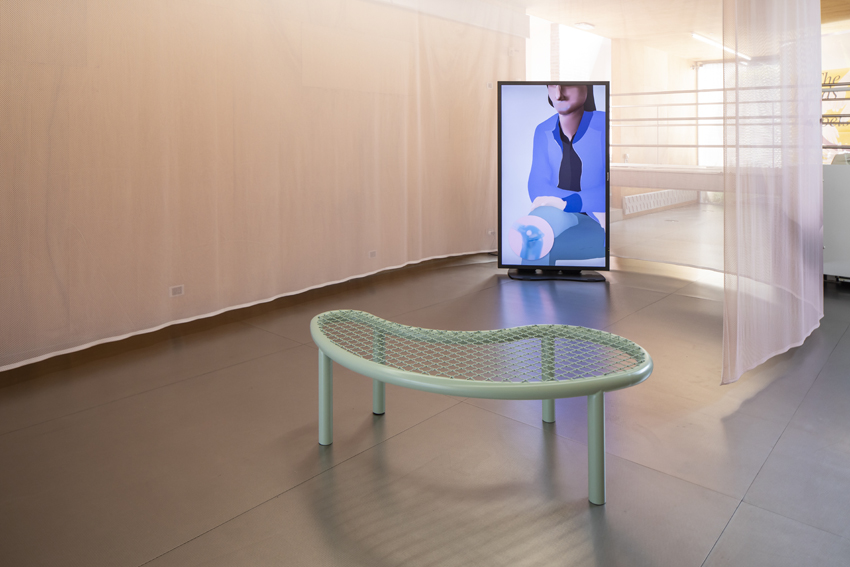 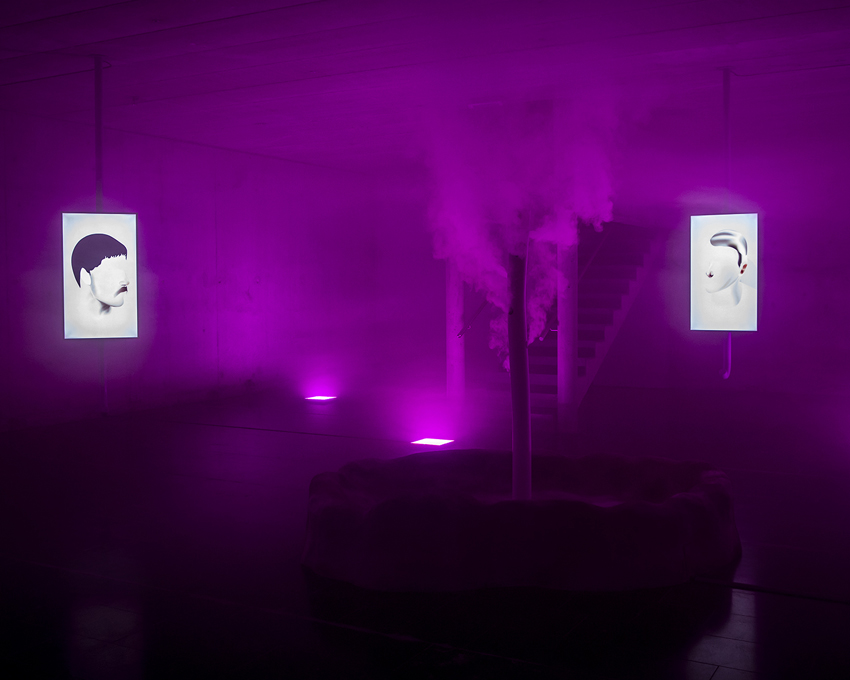 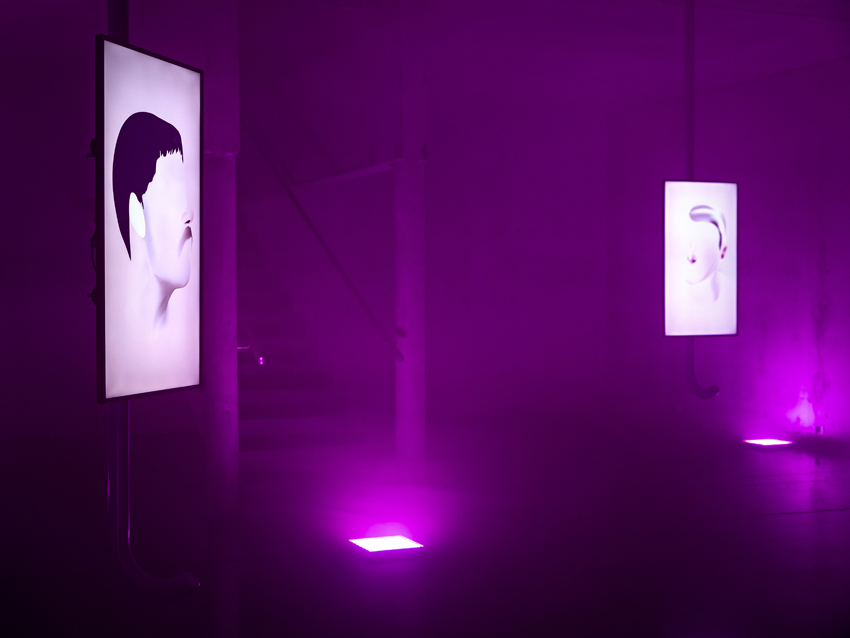 In the Hands of Puppets

Courtesy of the artists and Be-Part

(Pigment print on paper – edition of two copies, signed and numbered by the artist )