Sanam Khatibi:
Rivers in your mouth – at Rodolphe Janssen, Brussels

“Eroticism is assenting to life even in death”

Is it because they have nothing to lose that self-taught painters develop a highly original practice? Because they distance themselves from the ruling conventions, escape a historical process and therefore approach a universal language? Sanam Khatibi has never had painting lessons. Guided by an untamed instinct, she follows Le Douanier in the foliage to breathe life into a multitude of objects that are hard to identify. Whether they are small or large, the paintings possess a smooth grace, an intelligent awkwardness and a pertinent irreverence of the savage that remains to be tamed.

A climate of contained violence permeates the surface of her compositions, enhanced by a cruel sensuality: the seemingly unfinished naked female figures that appear in her work reveal themselves as autonomous huntresses. Confusing the viewer by mimicking the register of ethnographic painting, Sanam Khatibi describes the activities of a mostly matriarchal society where women, solitary or in a pack, never seem to need the help of their male partners. When she rarely allows the latter to appear, they are always clothed, as if their nakedness could disrupt the calm, the luxury and voluptuousness of these humid edens.

The dominant and dominating female figures nevertheless give way to the shrubs, bushes, vines, and trees that surround them. Vegetation is to Sanam Khatibi what the mountain is to Balthus: a context, a background, a foil that always ends up imposing itself as another leading subject. Painted at the time of the allegedly inevitable disappearance of pristine forests, the compositions painted by Sanam Khatibi construct post-apocalyptic landscapes where the only place reserved for culture would be a remnant of the past.

Sanam Khatibi, who is as clever with a pen as with the bristles of her brushes, as mutinous with words as she is mischievous with images, gives explicit titles to her works. So much so that each work seems to be an invitation to a sexual game, tender or brutal, romantic or savage. Far from proclaiming a castrating wisdom, Sanam Khatibi takes pleasure in telling stories of which the moral would perhaps be: no one can prevent that which is pure from being soiled. Or, formulated quite differently: everything that is sacred must be profaned. 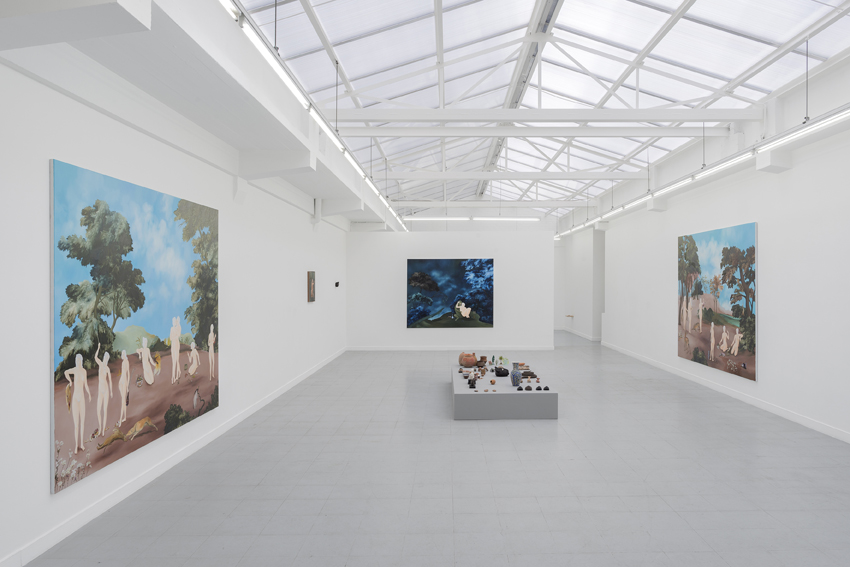 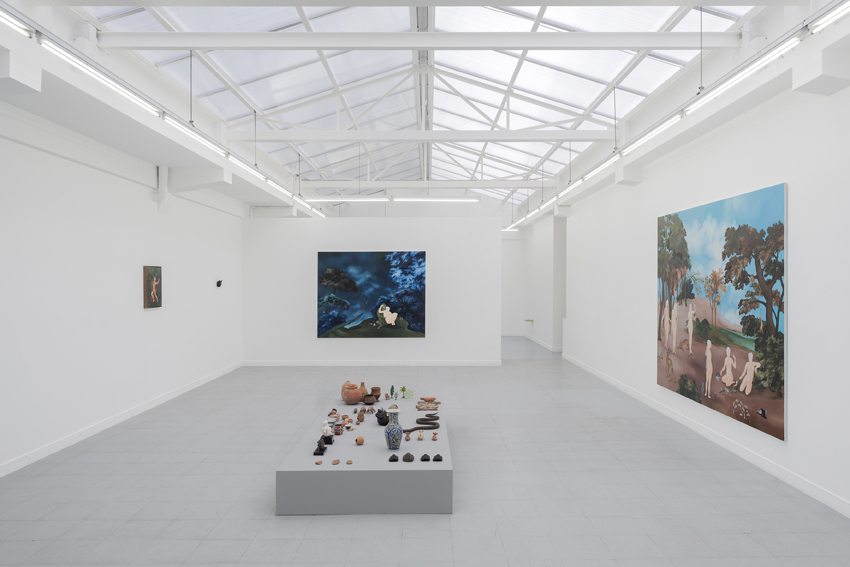 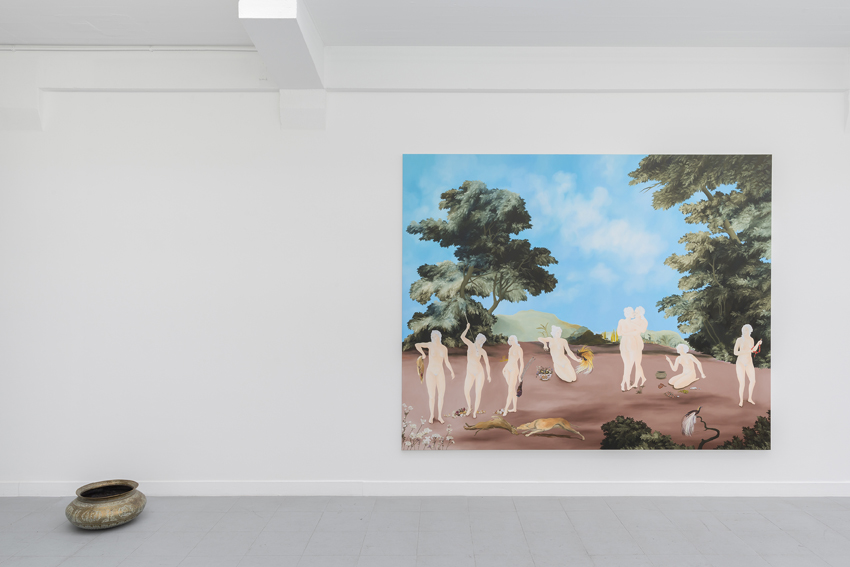 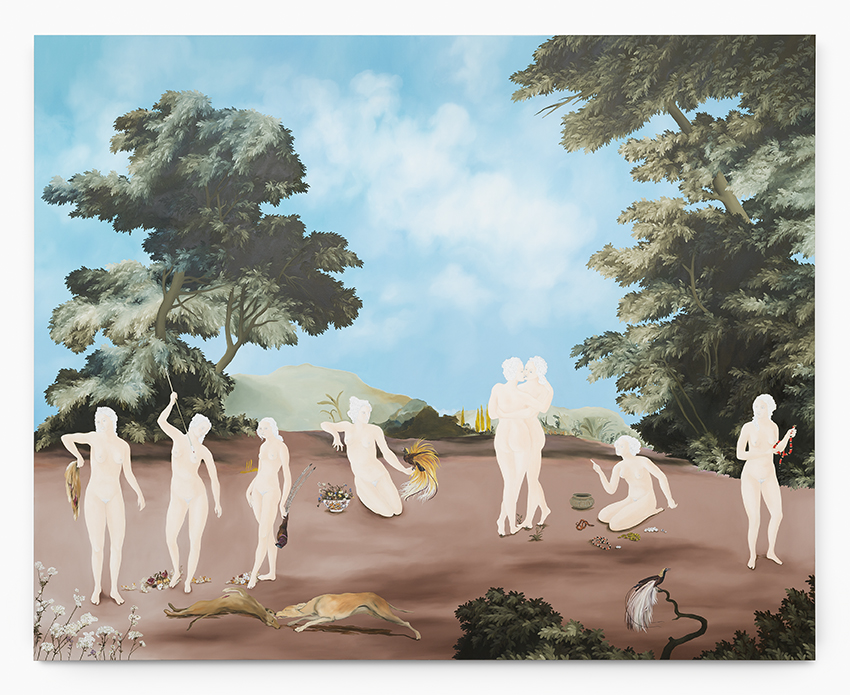 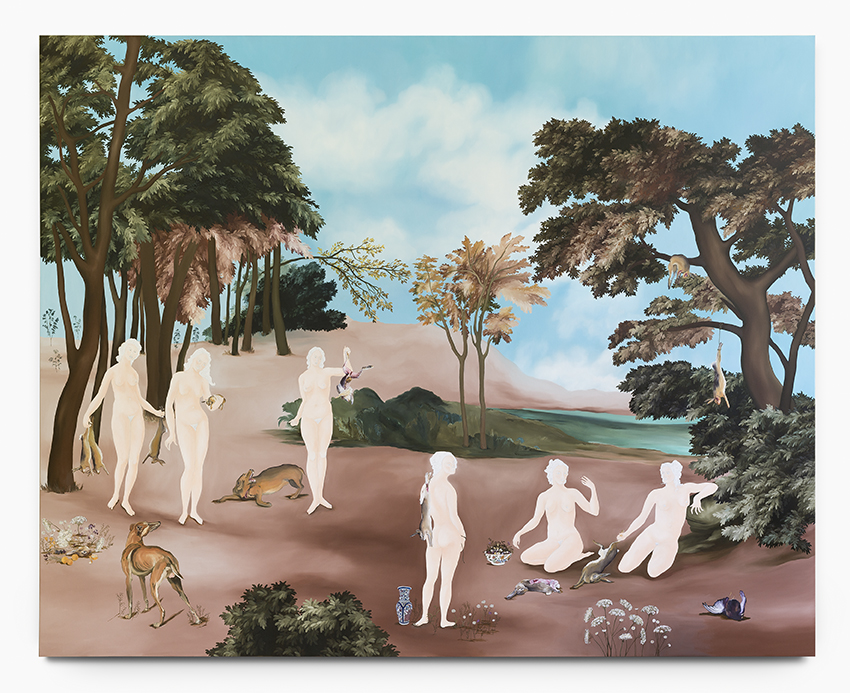 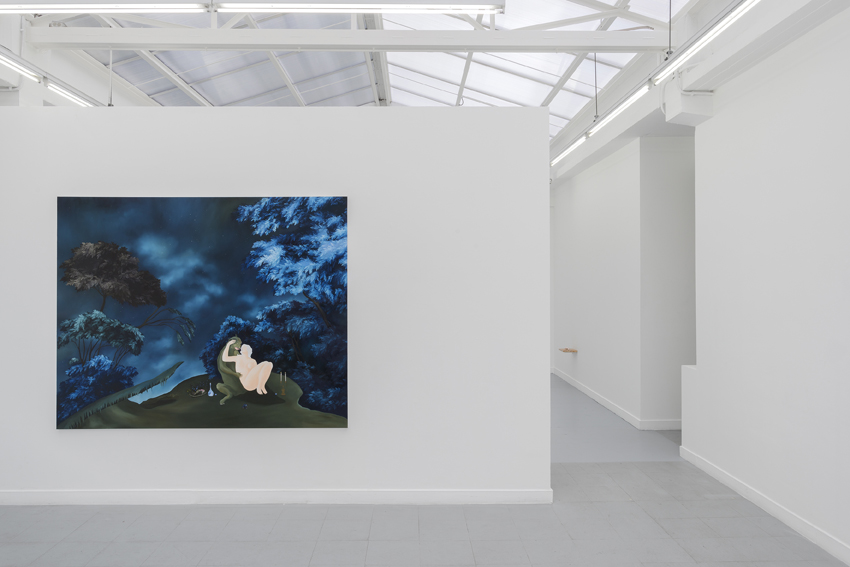 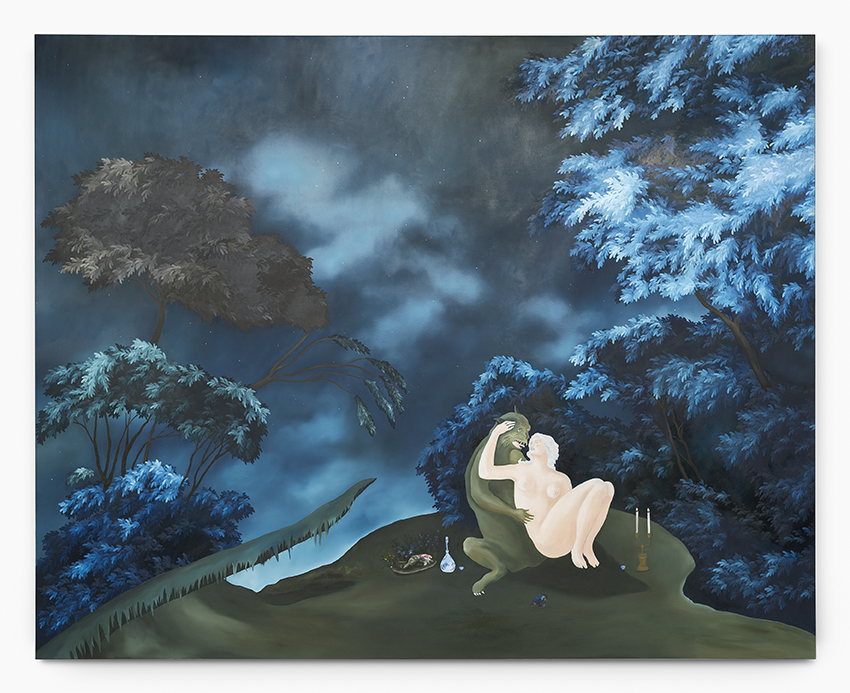 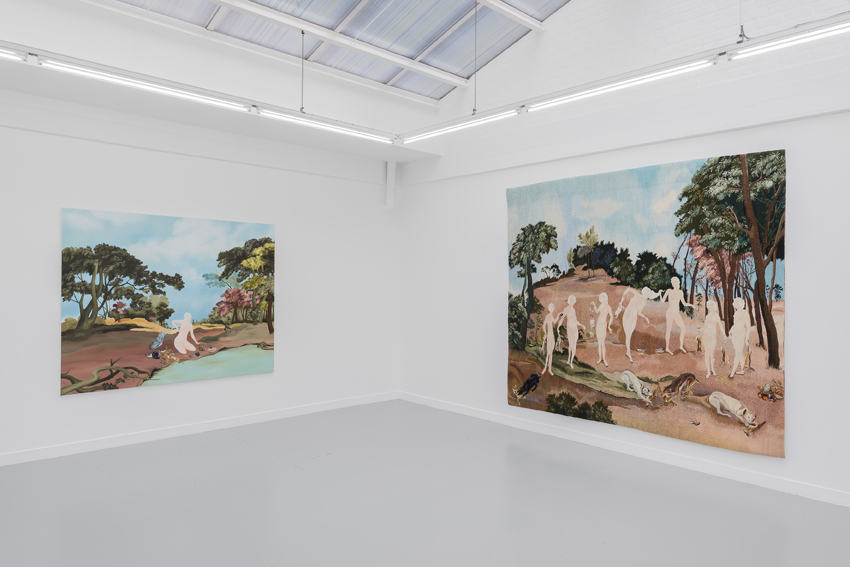 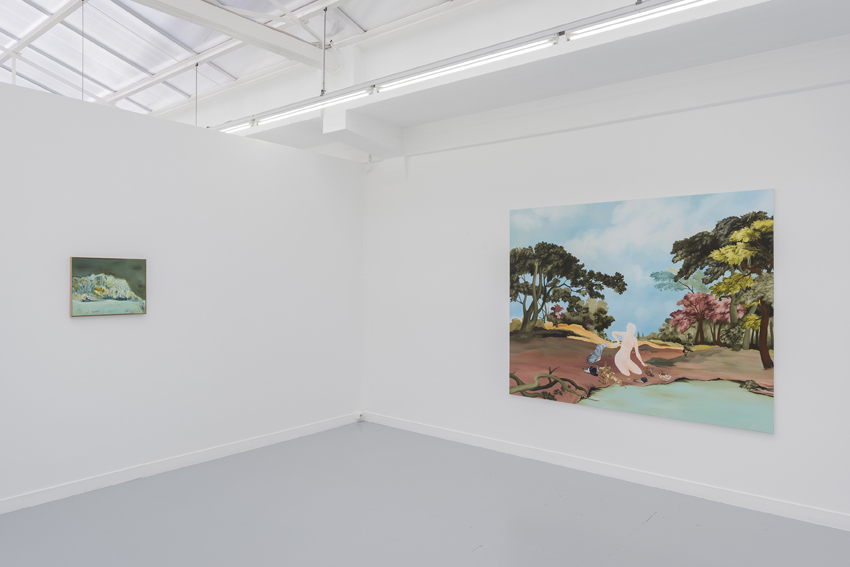 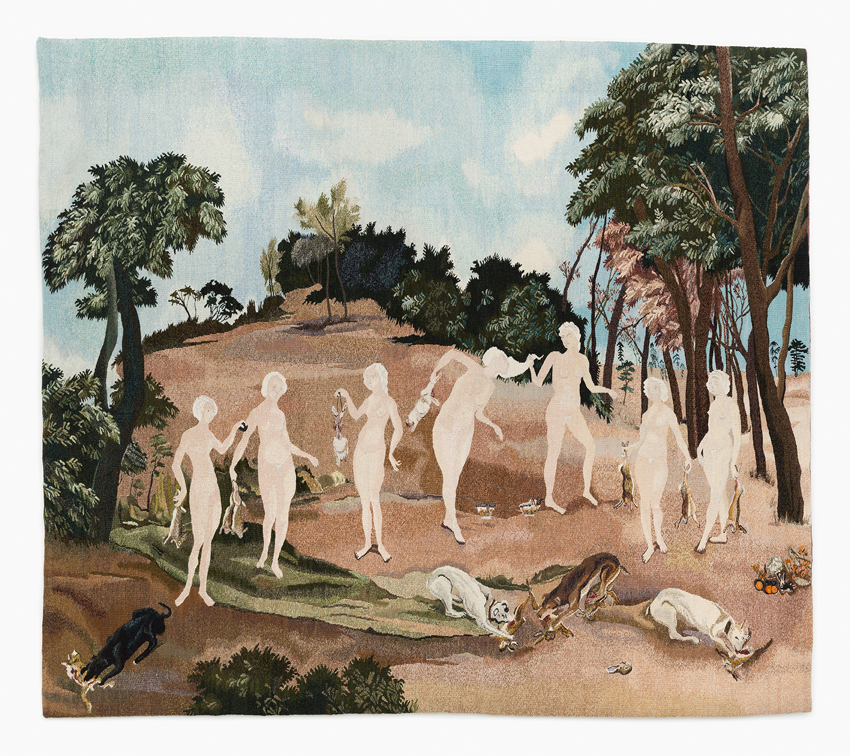 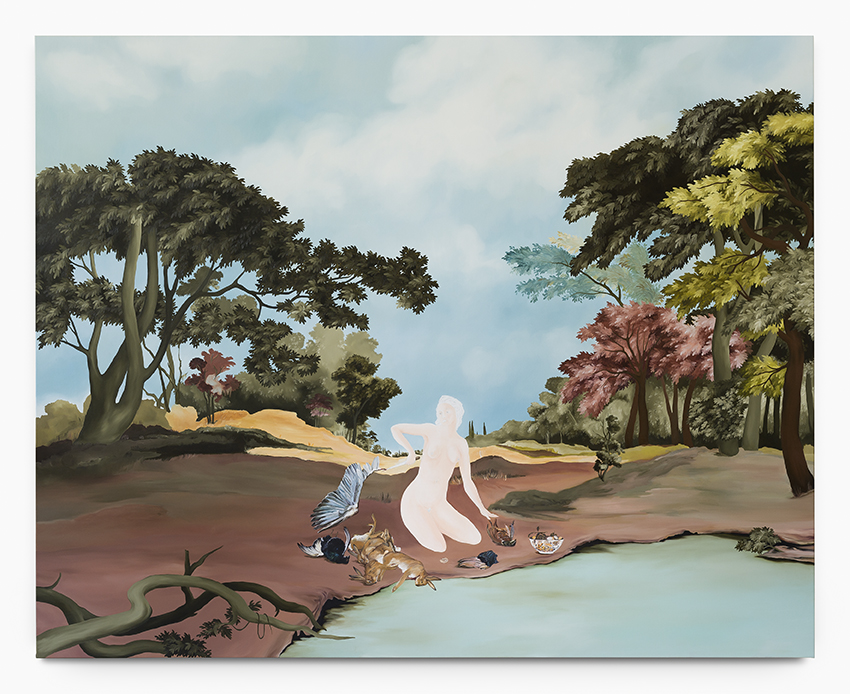 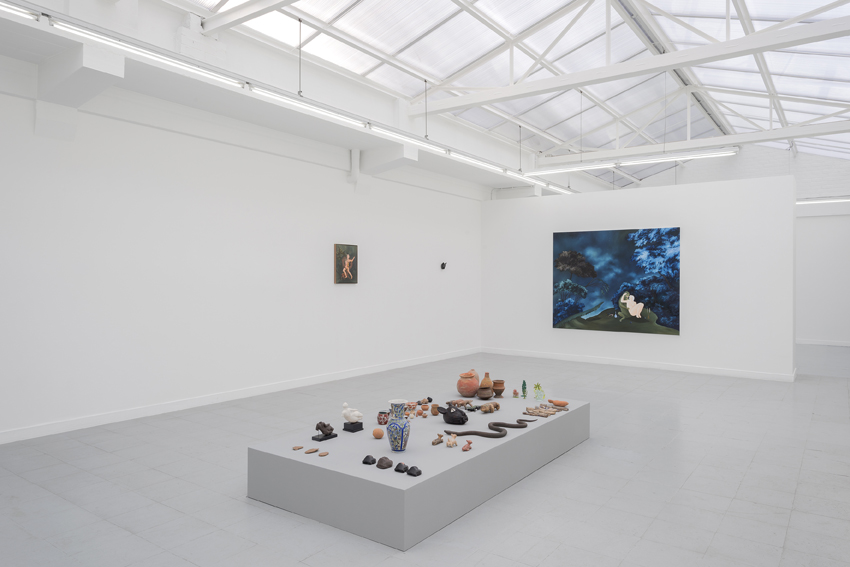 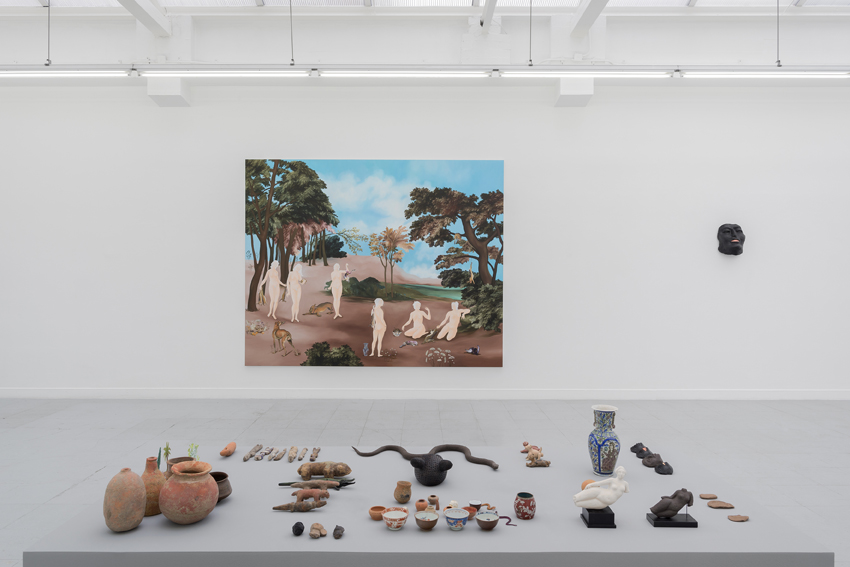 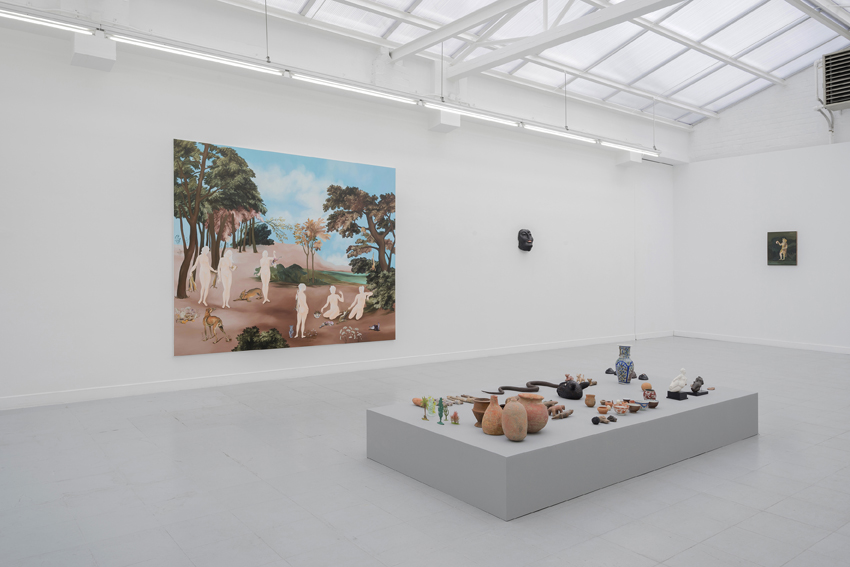 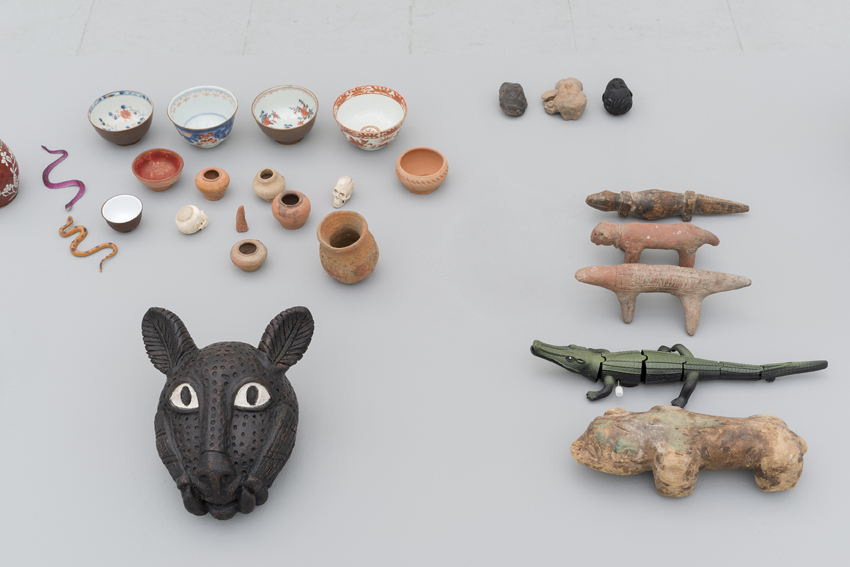 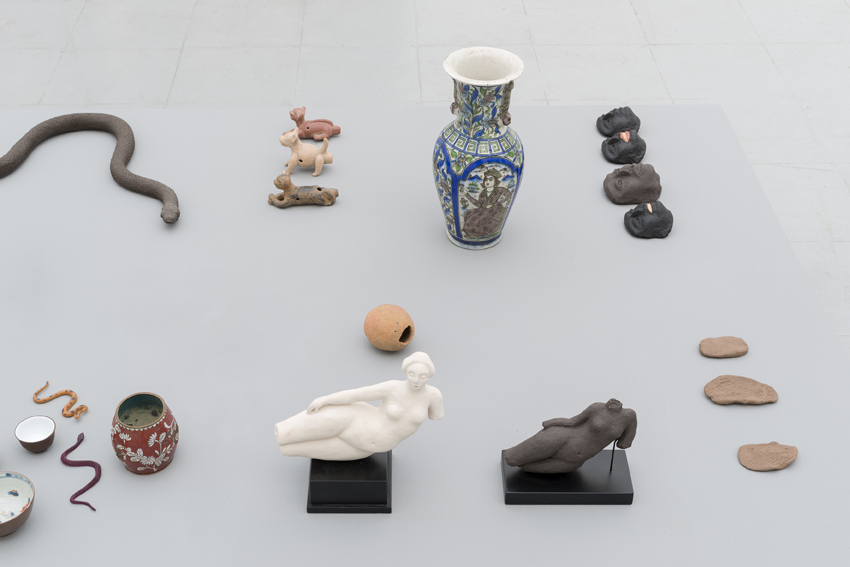 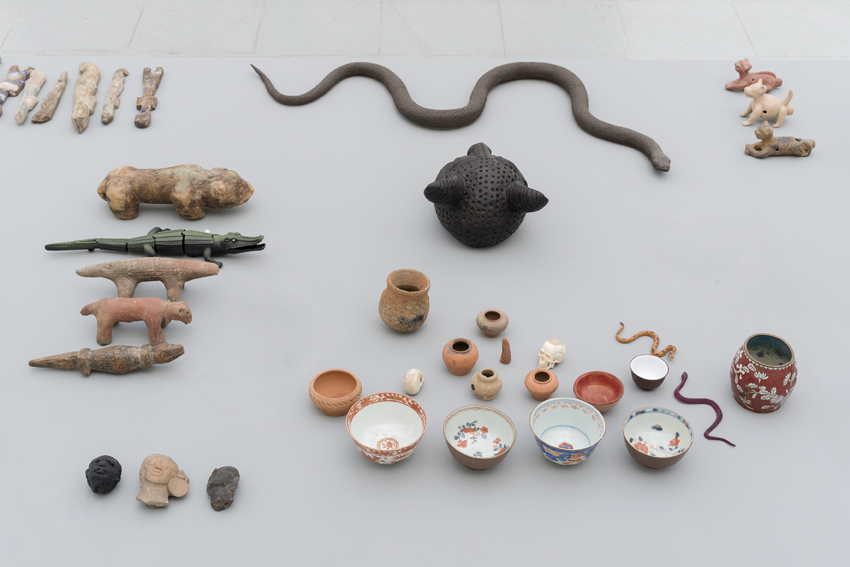 Rivers in your mouth

Courtesy of the artist and Rodolphe Janssen