Rodrigo Hernández:
The Gourd & the Fish – at SALTS, Birsfelden 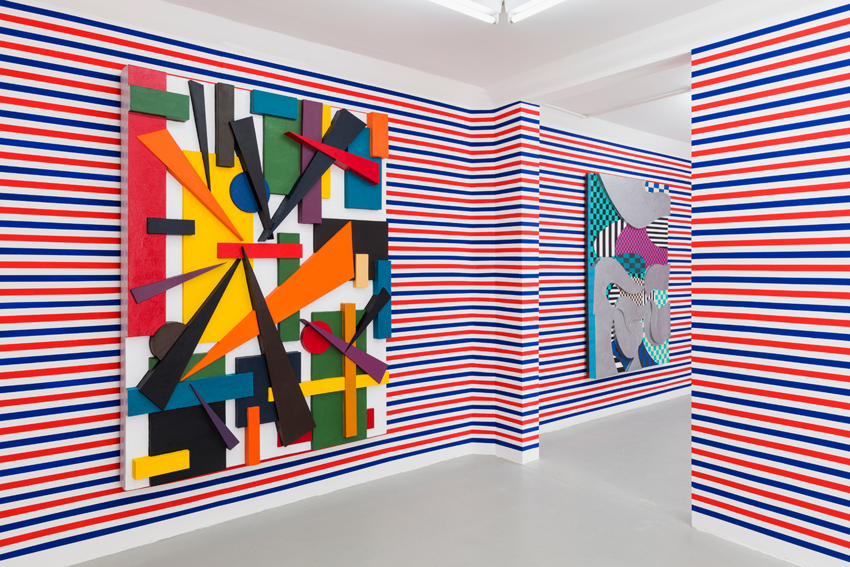 The title of Rodrigo Hernandez’ first solo exhibition in Switzerland is inspired by Catching a Catfish with a Gourd, a Zen ink painting from the 15th century located in the Taizo-in Temple in Kyoto. In the center of the composition, a man standing on a bank holds a gourd in both hands, attempting to capture or pin down a catfish swimming in the stream below. An impossible task, such nonsensical act is underscored by the awkwardness with which the figure struggles even to hold his gourd. The image also serves the purpose of a Zen koan, an exemplary story or dialogue seemingly illogical used as a tool for meditation, often grappling with existential questions.

Putting the riddle into practice, the space was divided symmetrically into two parallel rooms, each fitted with a new entrance placed at equal distance from the middle wall. With no further indication, the visitor can access the exhibition from either side. Each space proposes a similar yet distinct situation: built like a multi-layered tableau, a translucent humanoid figure hung near the entrance faces a colourful papier-maché relief painting placed on the back wall. All walls are striped with horizontal continuous lines that create an optically vibrant environment meant to link all works together, very much in the way some East Asian paintings such as a Boneless Manner or Mokkotsubȳo manage to evoke an ambiguous space by depicting an atmosphere without any clear outlines. When combined, red and blue stripes create a visual effect known as chromostereopsis, a visual illusion crafting the impression of depth, but which can also be highly unsettling, triggering a sense of vibration for the viewer, as it was common in Op-Art. By echoing Dave Hickey’s introduction to Optic Nerve: Perceptual Art of the 1960s (2007) one can introduce Hernandez’ interest in creating installations that can be both understood autonomously, or by engaging with the artist’s process of cumulative associations.

“…Op art does its own work for whoever will look. It dispenses with the repertoire of knowledge and experience that is presumed to be required to appreciate abstract art. It replaces the elite, intellectual pleasure of “getting it” with the egalitarian fun-house pleasure of disorientation; of trying to understand something that you cannot… As we stand before op-paintings that resist our understanding, we introduce ourselves to our unconscious selves. We become aware of the vast intellectual and perceptual resources that await our command just beyond the threshold of our knowing. These, of course, can only be inferred on the rare occasions when they fail to serve our purposes. Optical art provides those occasions.”

Yet, another layer comes to the mix: the abstract painted reliefs are partly inspired by some of Emilio Pucci’s flamboyant designs. The Italian fashion designer’s action-packed biography seems to tangentially add up to the constellation of references. Upon close inspection, the contour of a fish in rapid movement might emerge out of the abstract shapes or one could infer a microscopic non-realistic rendering of water, establishing a dialogue with the fish-hunting figure in the middle of the space. Though still debated, it has been agreed among many specialists and dilettantes alike, that Catching a Catfish with a Gourd is about the impossibility of grasping the mind (the catfish) with the mind (the gourd), and by extension about the absence of an independent and substantial self. Acting both as the means and end of Rodrigo Hernandez’ process, this paradigm is exemplary of the artist’s work. Working as a total environment, The Gourd & the Fish simultaneously invites the viewer to contemplate an open-ended question, but also avoids hinting at any clear answer. Rather, it collages extraneous elements, calling for a new interpretative set-up, defined by both external and internal, natured and nurtured aptitudes. 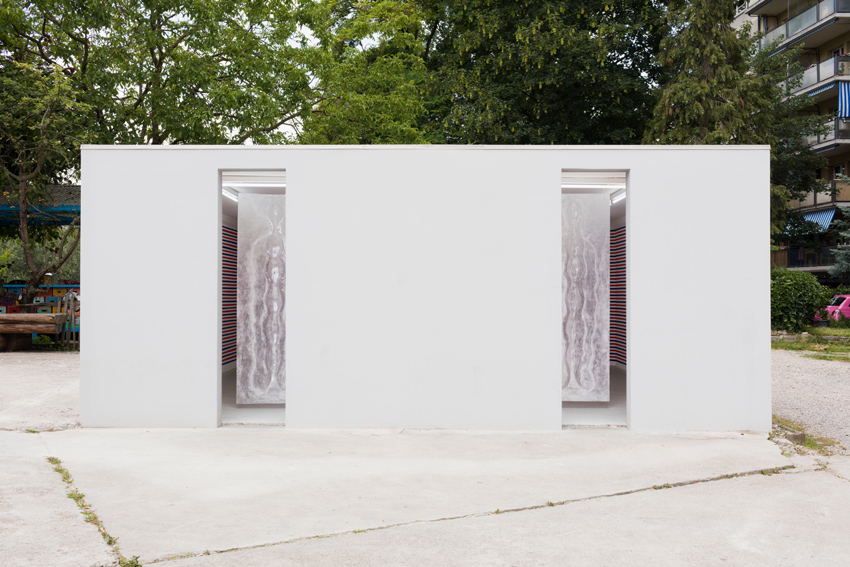 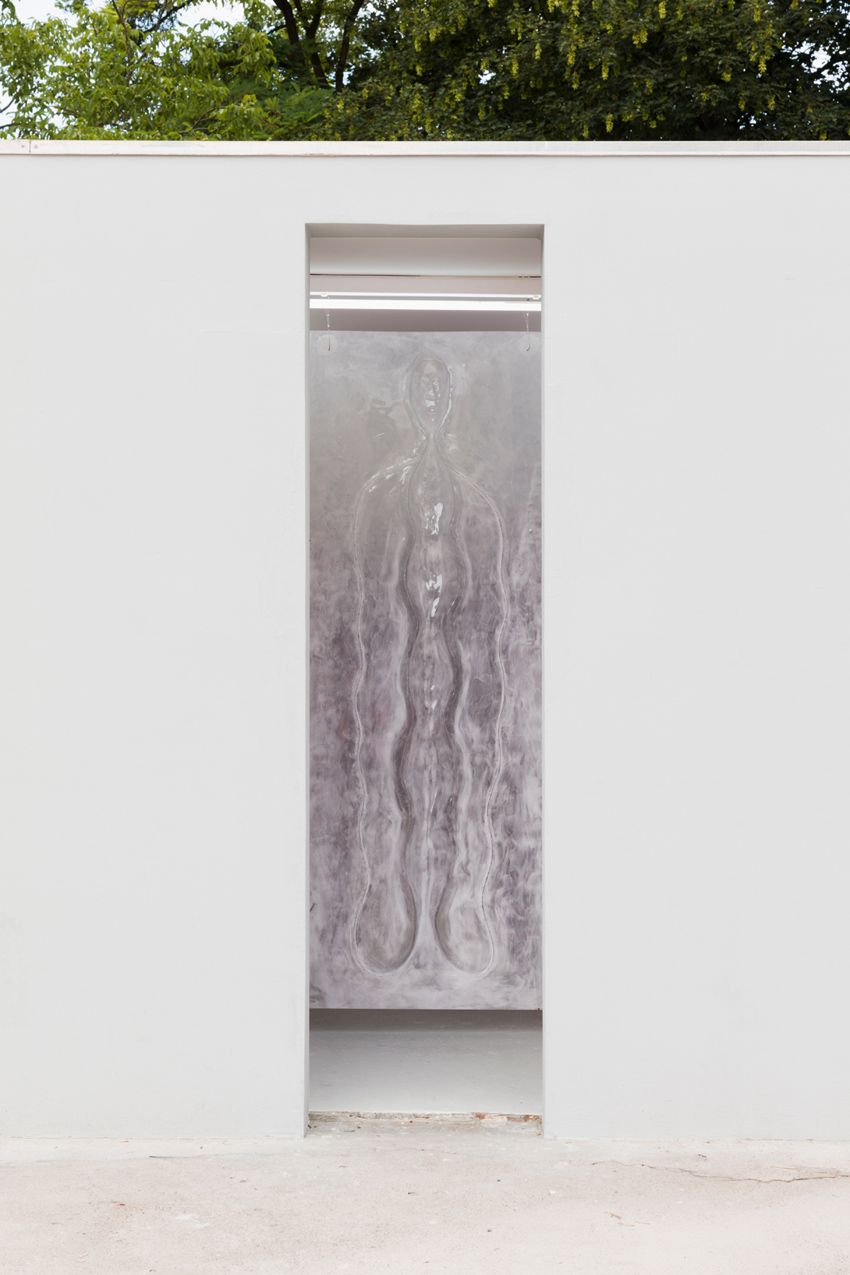 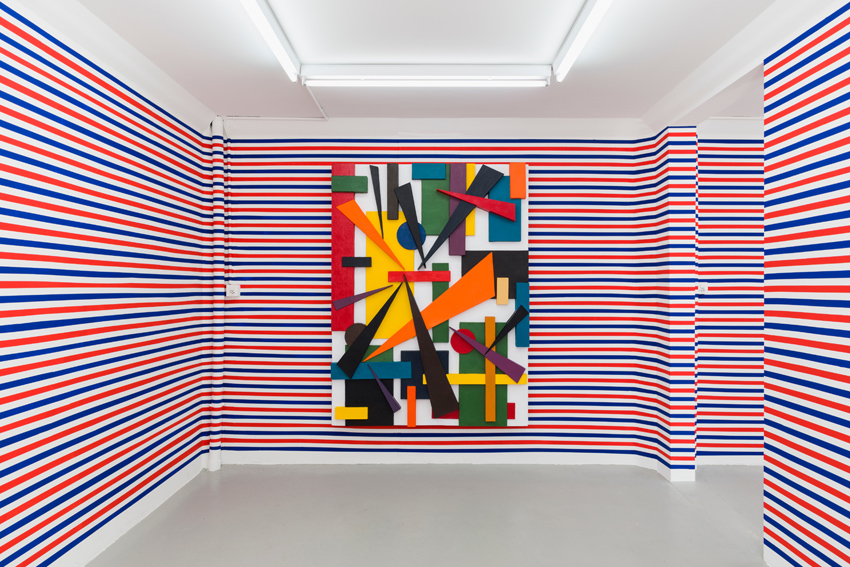 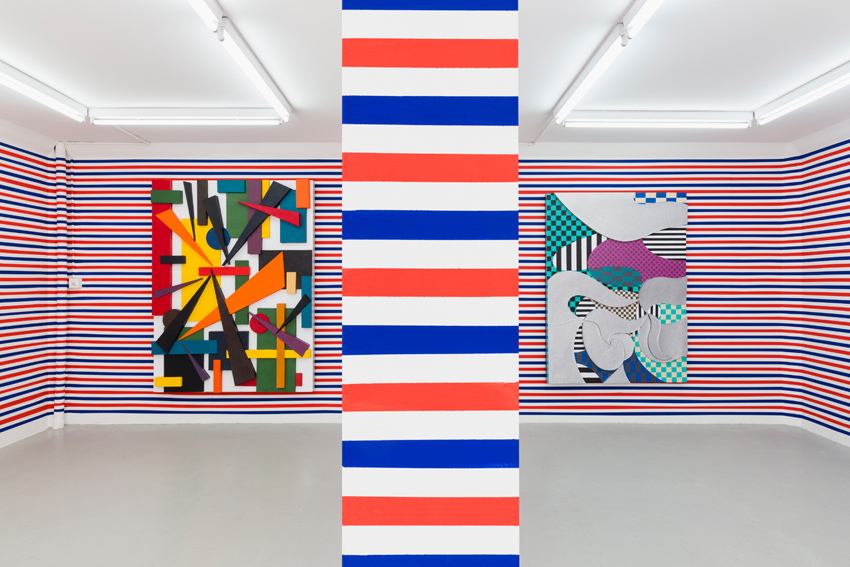 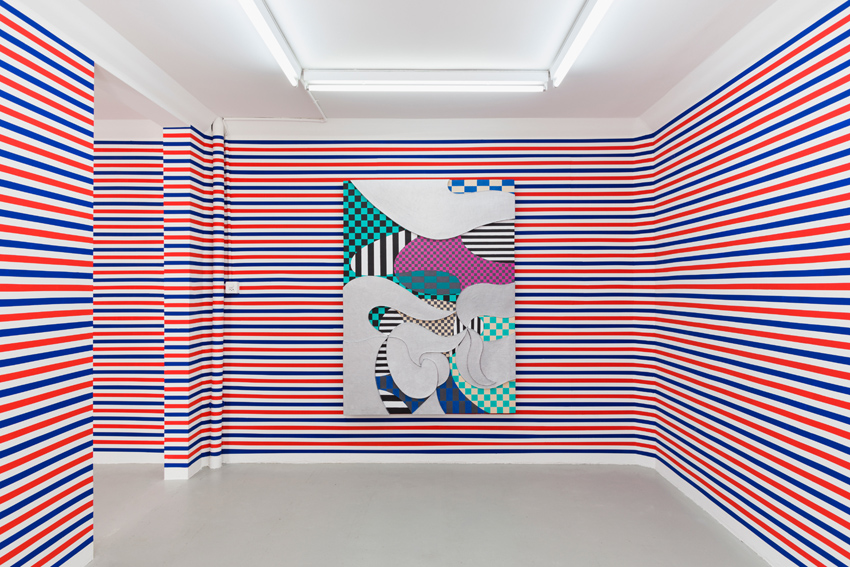 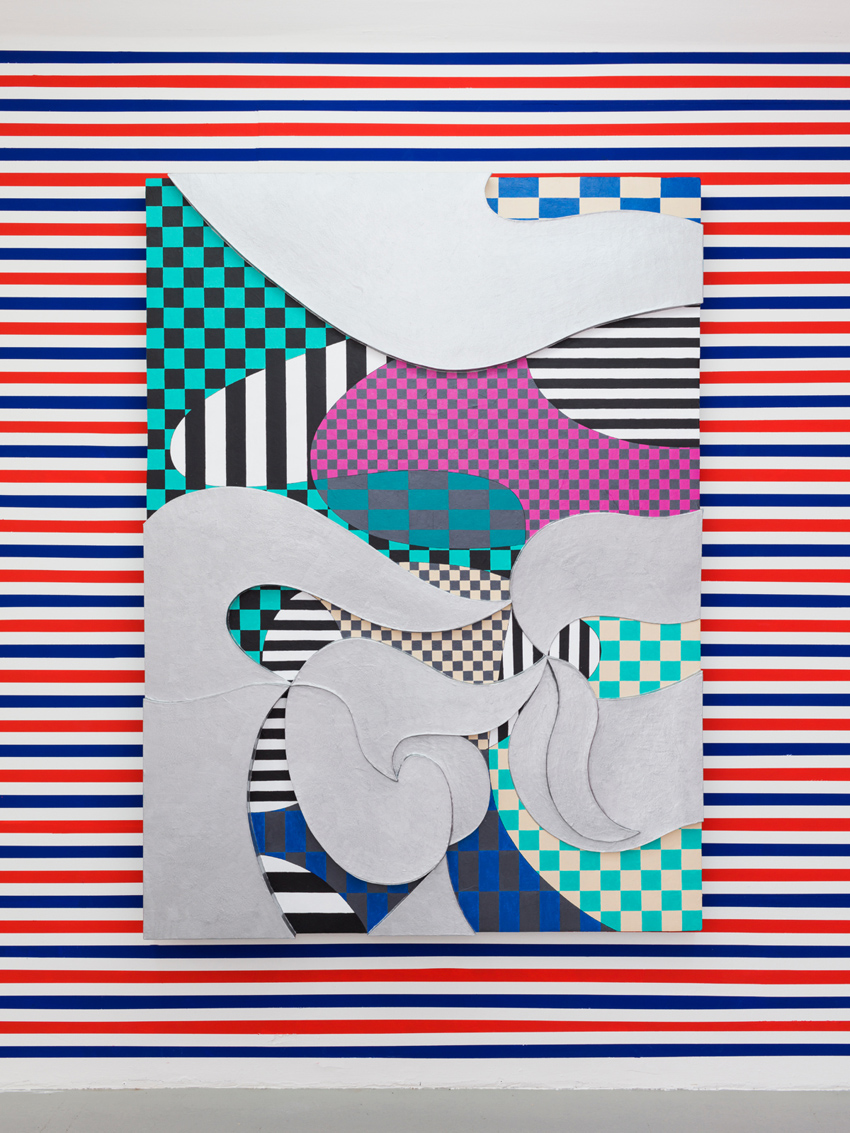 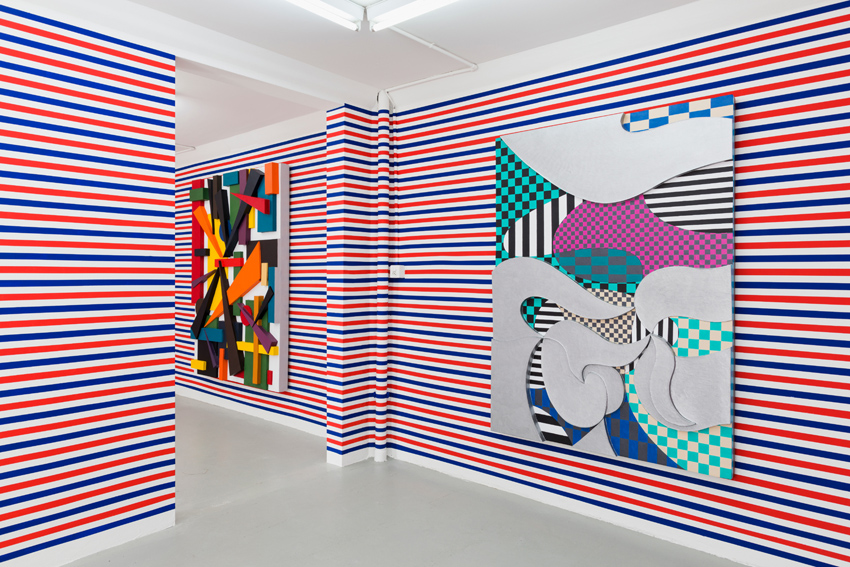 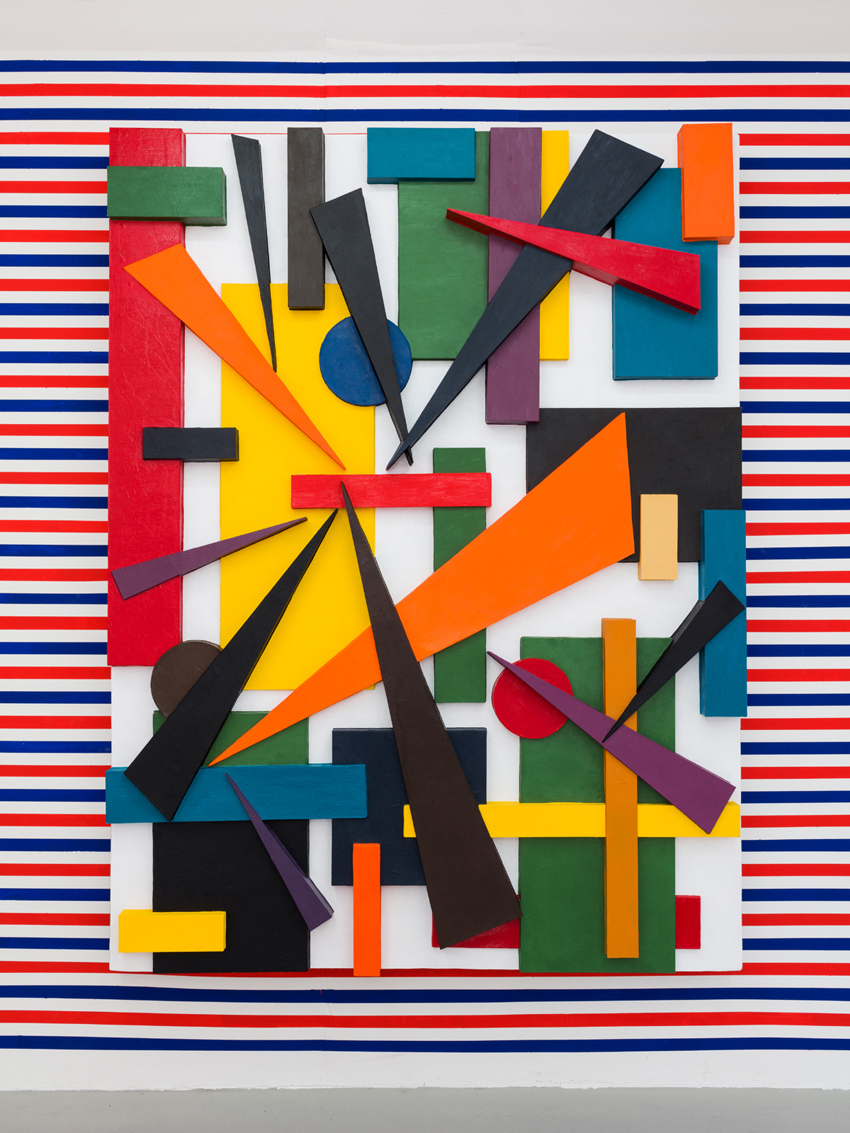 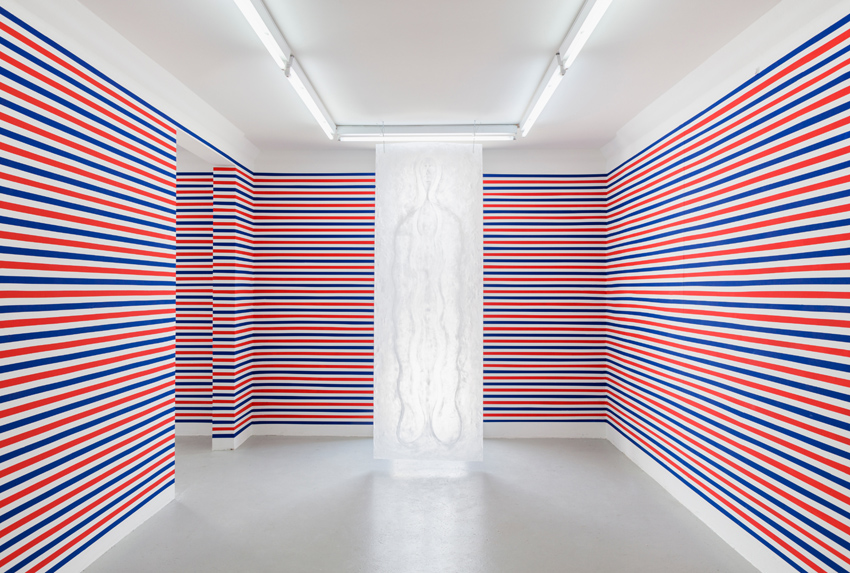 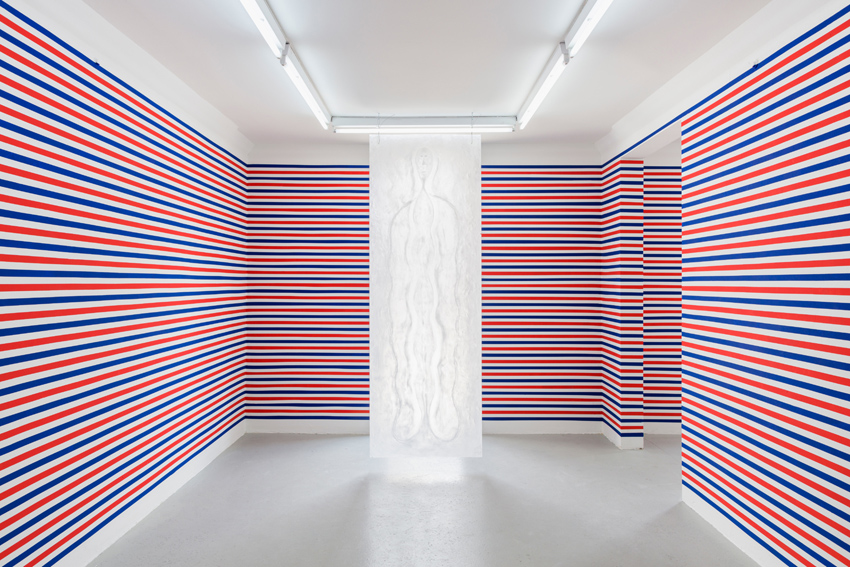 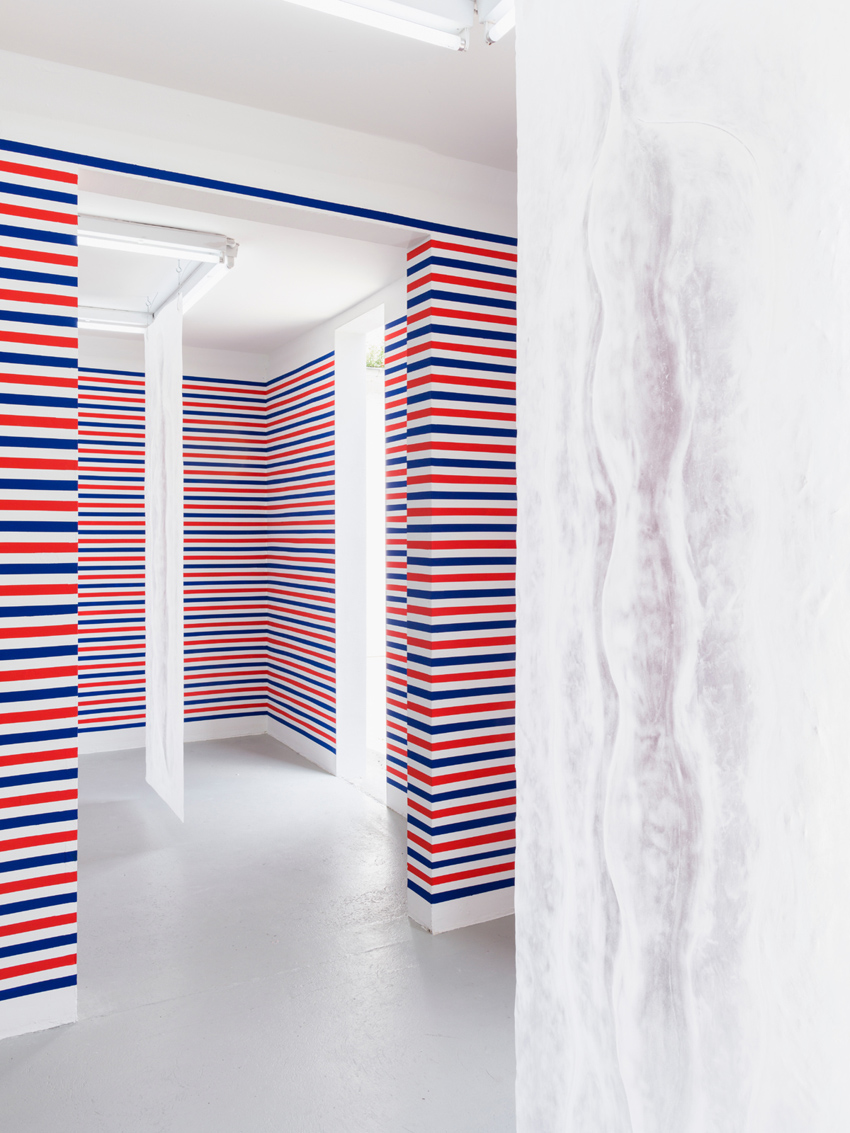 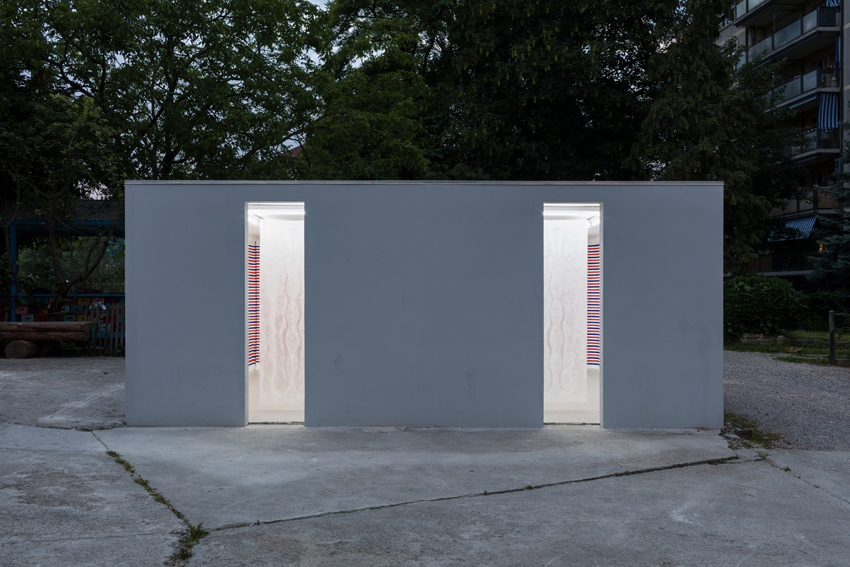 The Gourd & the Fish

Courtesy of the artist and SALTS