With her work, Rachel de Joode questions the notion of space – specifically the exhibition space – and examines it in terms of its aesthetic, which is a defining factor of contemporary art and its circulation online. Her investigations occupy the corresponding space between three-dimensional artwork and its two-dimensional counterpart.

The digital wasn’t and isn’t immaterial, as Felix Stalder explains in his book Kultur der Digitalität (The Culture of Digitality), published this year. The fleeting impulses of digital communication are based on material global infrastructures; they extend from mines deep under the earth’s surface, where rare-earth metals are extracted, into space, where satellites orbit the earth. As these connections are often inconspicuous in our everyday experiences, they are often ignored – but this doesn’t mean they disappear or become less significant. Digitality historically refers to new possibilities in the organisation and interconnection of different human and non-human actors. This is where Rachel de Joode’s approach overlaps with Stalder’s analysis: the term digitality isn’t limited to digital media, but also appears as a relational model within analogue contexts, and alters the realm of possibility of many materials and actors.

All works presented in the exhibition are new and bear witness to Rachel de Joode’s recently discovered fascination for set design and puppet theatre. She is interested in the feeling of seeming small – like an ant – and this serves as a further departure point for her artistic investigations. A tiny ant upon the gigantic planet earth, the latter in turn moving through an apparently infinite universe. Her examination of proportion also attests to this anecdotal effectuation: Her Stacked Sculptures works fill the large exhibition room with their presence and cause us to reflect on our own, comparatively smaller, physical structure. The artist subtly plays with the fact that our perception is conditioned by the technology that surrounds us: we look, think and move around the objects, and even when her works aren’t directly related to technological questions, they still refer to the contemporary visual culture of digitality. She manipulates materials such as clay, paint and resin with her hands, and records these “conversations” photographically.

She selects certain elements from these photographs, and in a further step she layers the analogue print images on top of each other as individual components in Photoshop. These two-dimensional sculptures are arranged as a group, and demonstrate de Joode’s interest in navigating the space between the corporeality of an image and the image itself. Although abstract, the individual forms seem tangible, and bring to mind a question that the artist asks herself during the creative process: What is it like to be a thing?

The triptych in the back room comprises three small studio performances that seem made for a play. The artist becomes an exhibitor; her hands manipulate and display ceramic objects, create dabs of paint and place a miniature work on a pedestal. The model space becomes the pictorial medium, the boundary between the haptic quality of the objects themselves and their flattened photographic reproductions is blurred. The presented ceramic objects are testimonies to processes in the studio; fleeting gestures retained in clay, fired and glazed.

Rachel de Joode’s use of material oscillates between classic sculpture and applications rooted in today’s digitally influenced aesthetic. While her earlier work can be assigned to the classic genre of still life, today they are hybrids – photographic sculptures or sculptural photographs. Asked about her interest in photography as a medium, de Joode outlines its functionality; how the language of photography simplifies and flattens, and how it – generally understood – supposedly represents reality. She refers to Roland Barthes: authentication of past realities wasn’t provided by other pictorial media; they imitated, while photography bore testimony. Consequently, this “This-is-how-it-was” was temporarily postulated as its essence, its noema. In this respect, photography functions like the extended gesture of a small child pointing at something and saying, “That thing there, exactly that, that’s one.” Rachel de Joode’s examination of the medium goes further: by duplicating the layers of the image, she subverts the apparent representative function of photography and blurs the boundaries between digital depiction, object and work of art in the exhibition space. 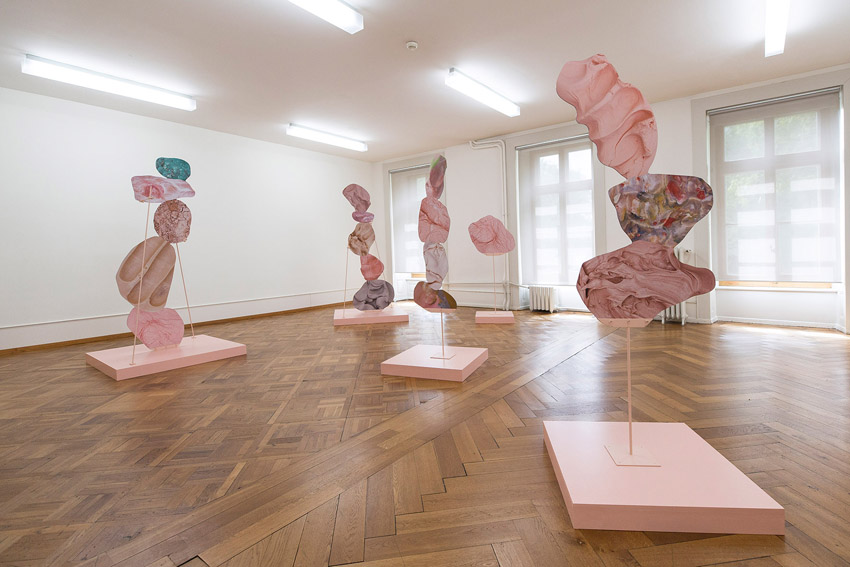 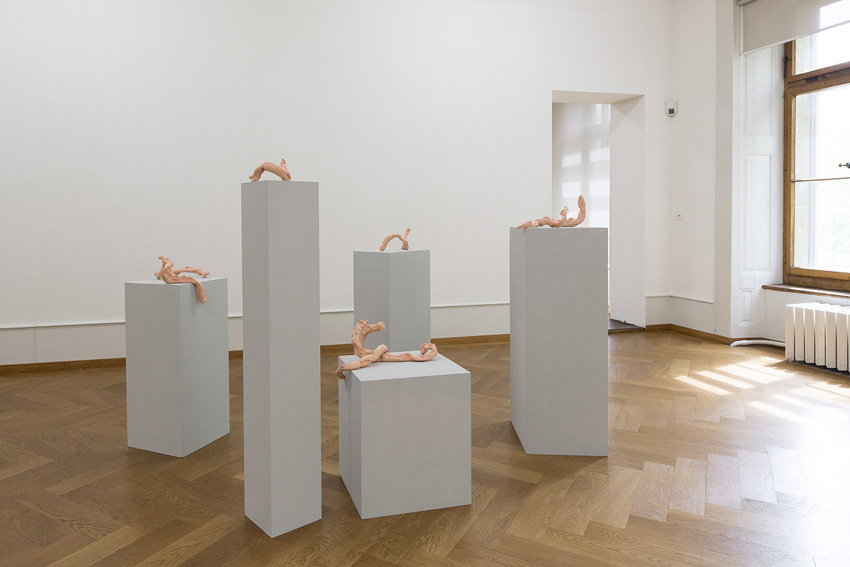 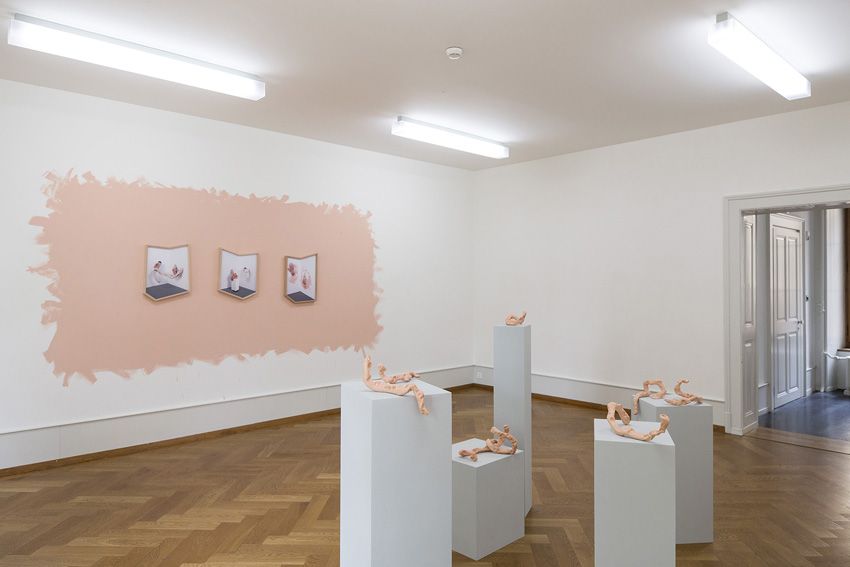 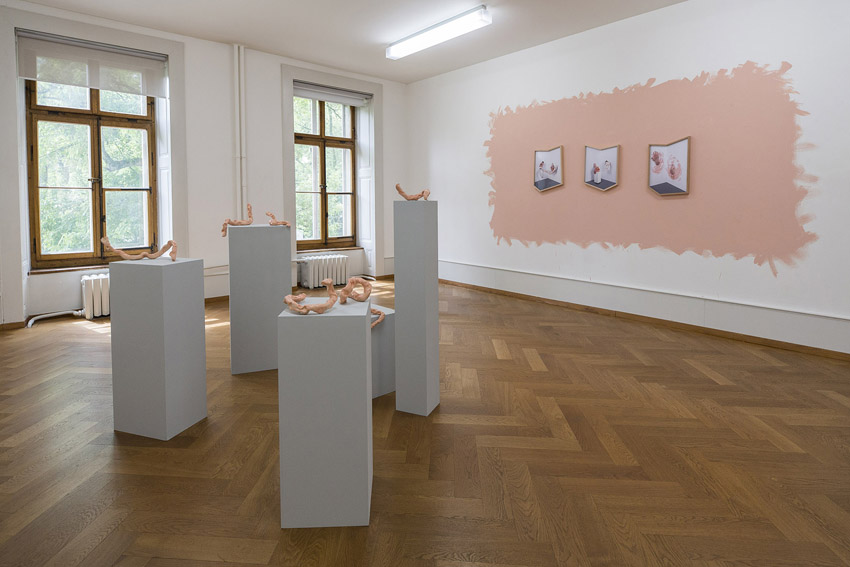 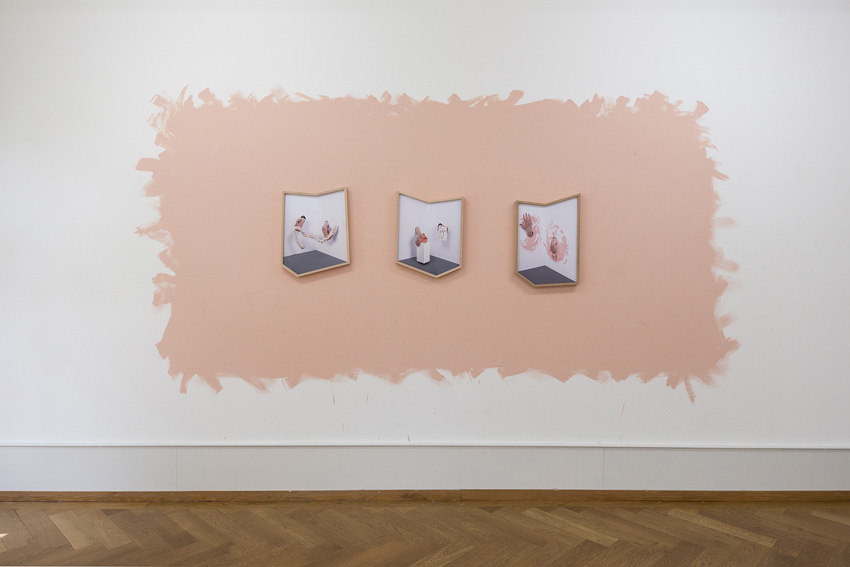 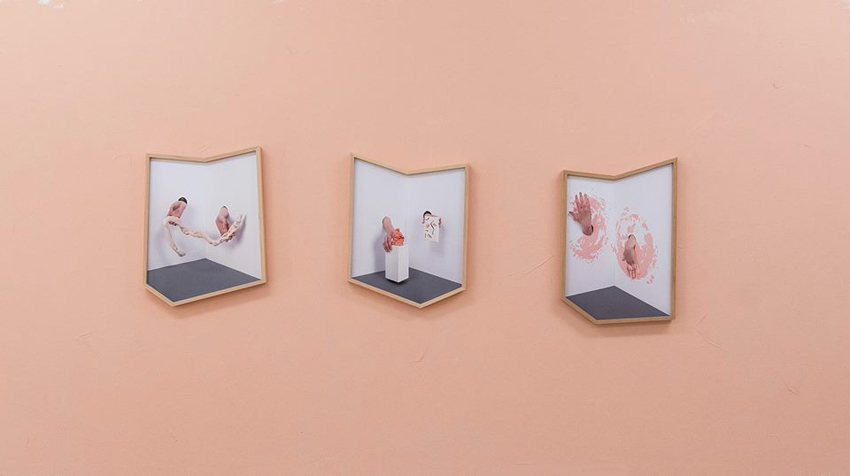 Courtesy of the artist and Photoforum Pasquart 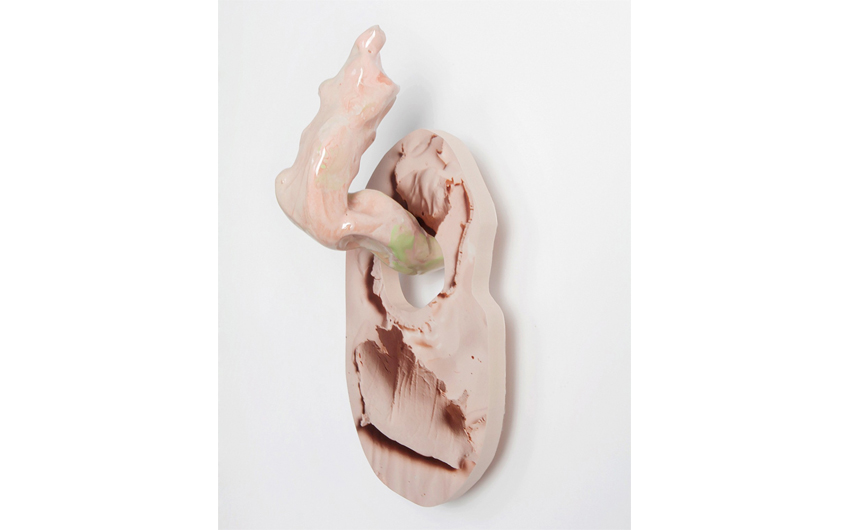