Klossowski, who was raised by a painter and an art historian, grew up in a creative environment, leading to his future collaborations with writers and academics, including André Gide, Jean Paulhan and Rainer Maria Rilke. These early introductions to diverse forms of literary and artistic expression resulted in a complex portfolio of essays, books and drawings that explored themes such as modernity, sexuality and violence.

It was not until the 1950s when Klossowski began to publish and exhibit his inventive and erotically charged artworks, at first as illustrations for his risqué texts. He employed a signature style that combined techniques of Italian Mannerism with the cerebral and aesthetical sensibilities of Surrealism, demonstrating a well-rounded and astute knowledge of art history. Primarily working with pencil and charcoal, the laborious drawings he produced reference a variety of subjects, including Greek mythology, Sadean decadence, medieval fantasy and sexualized scenarios involving a recurring female figure, Roberte. These imagined scenes depict a perplexing and intriguing array of mature, familiar and fantastical situations involving cartoonish human figures set in fictitious landscapes that uniquely relate back to the dystopic realities he creates. 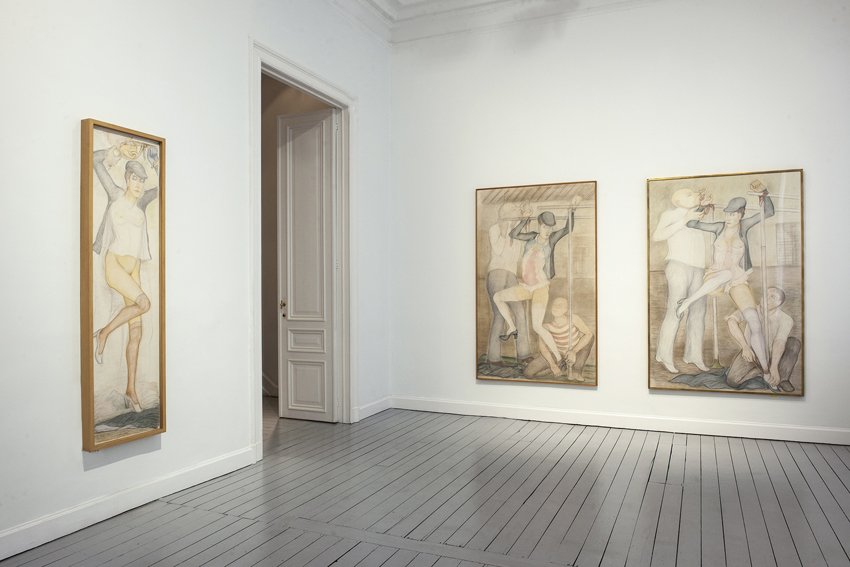 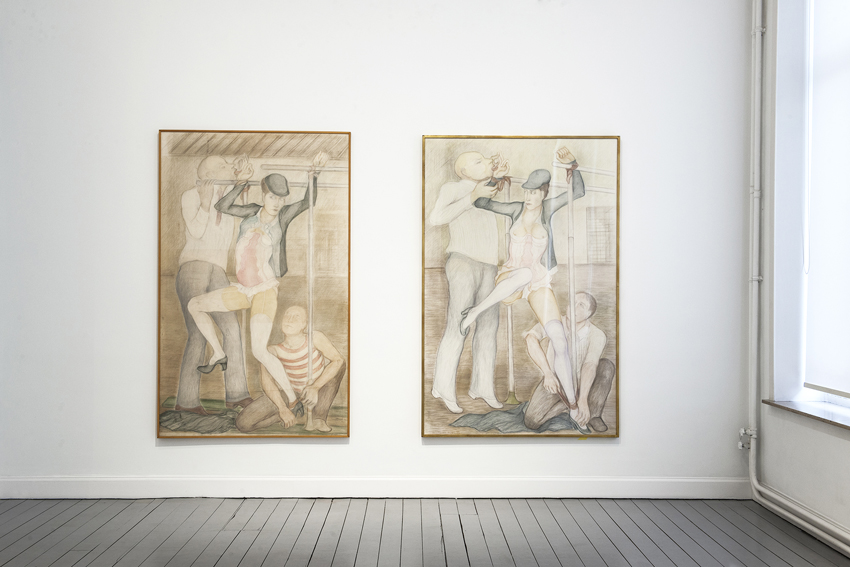 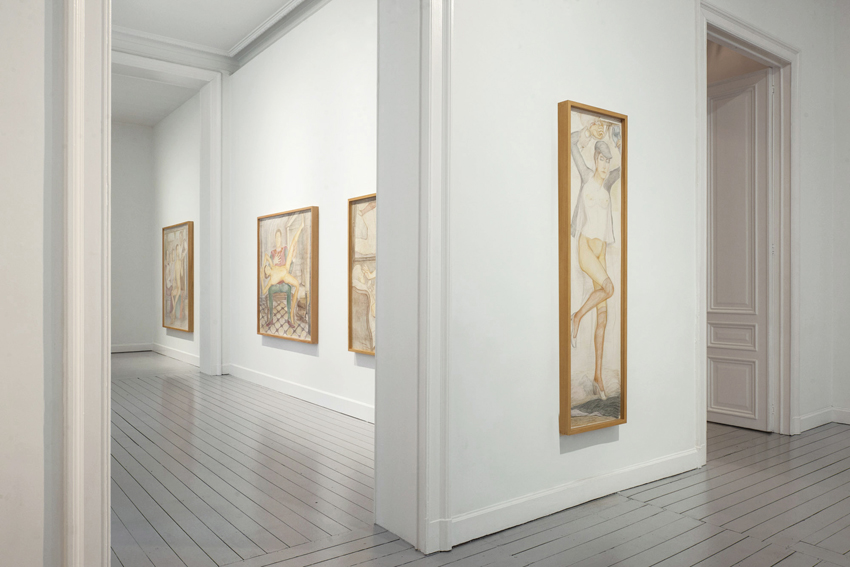 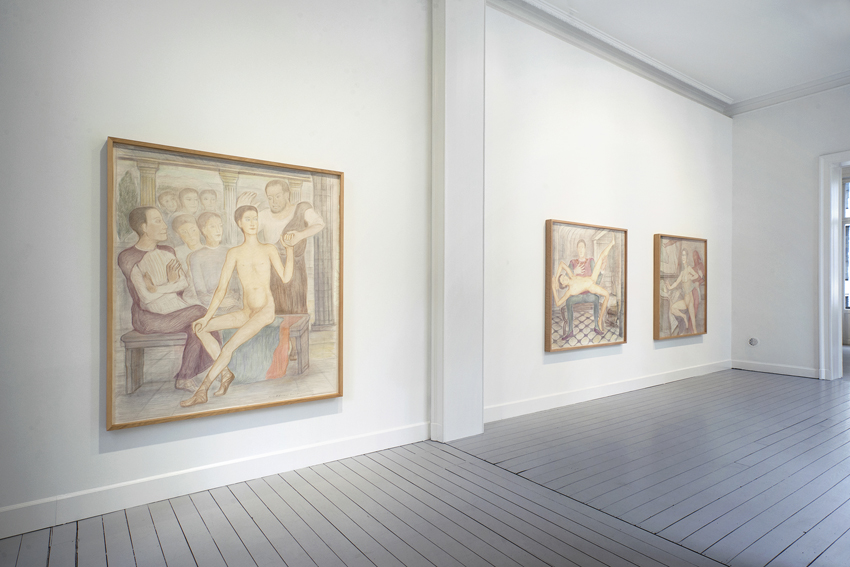 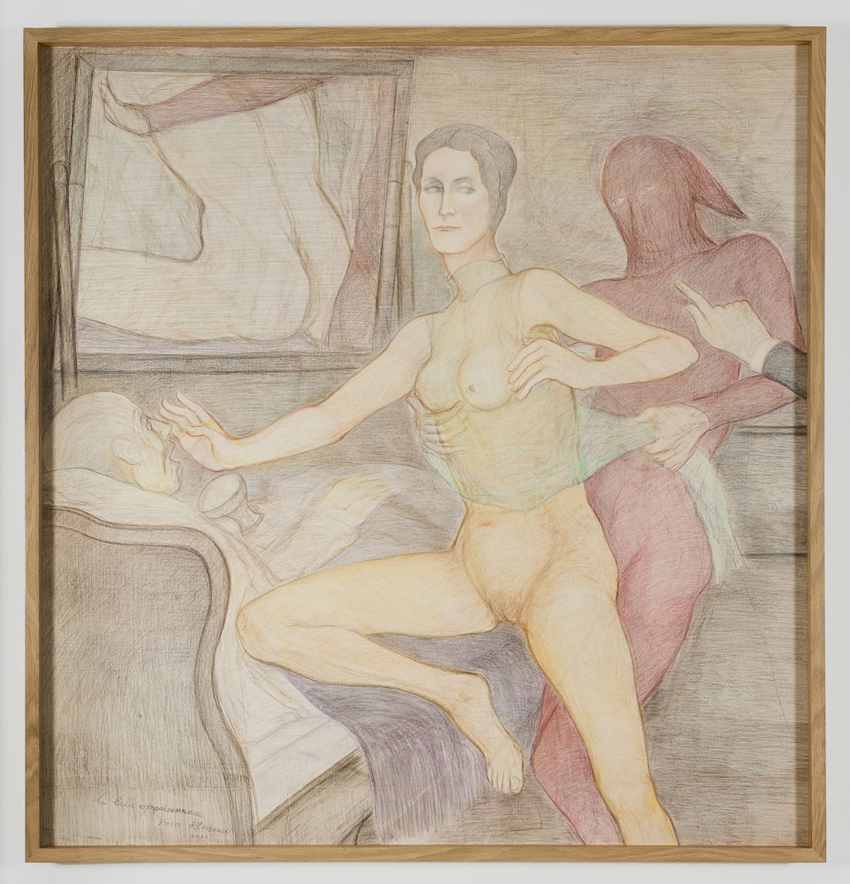 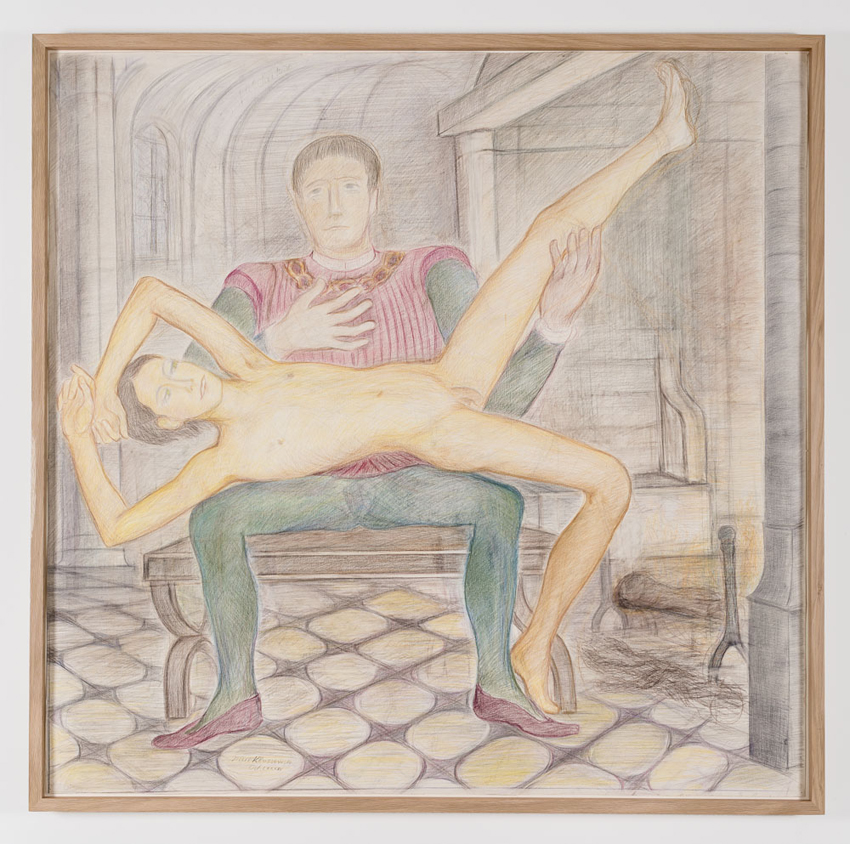 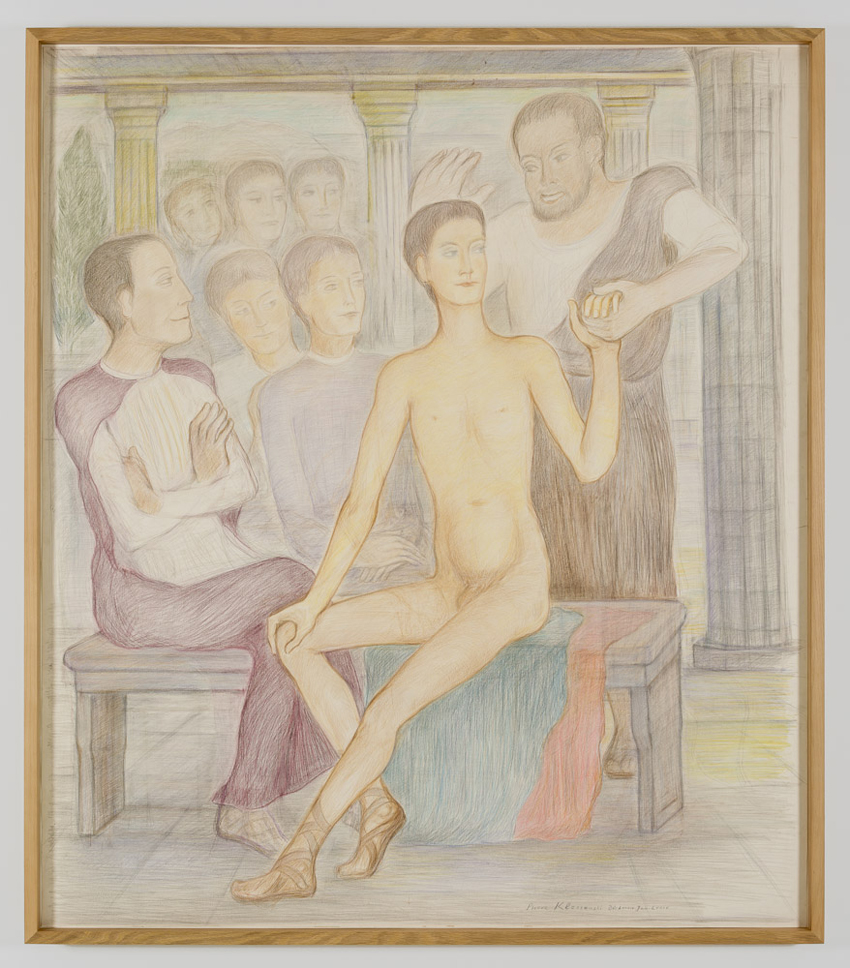