A pair of hands

Some fisherwomen of pearls

A bird of paradise

A musician from Djerba

A load of bananas

A group of sleeping people

A scene in Kyoto

A hotel out of place

42 days is an exhibition that, opposite to the usual display systems, unfolds in time instead of in space. During the 42 days of the show, the pair of postcards exhibited is changed daily (and being put in a different place of the gallery each time), so the exhibition will vary every day. The postcards exhibited at 42 days are a part of the Entre Guillemets series (2015- ongoing); double images found in different places and moments. Repetitions with singular biographies.

This component of randomness, variability and uncertainty turns 42 days into an experiment that inverts the classical display system –which is one of the axis of Vilanova’s work-: to see the entire exhibition, it wouldn’t be about visiting it through all its spatial dimensions, but through its temporal extension, which would be almost impossible. Furthermore, 42 days is liked by inversion with the most recent institutional shows by Oriol Vilanova in which he has covered with postcards the walls of the whole exhibition space. This time, the pins remark the absence of those postcards at the same time that they suggest endless possibilities of presence, among which only 42 will actually become real. 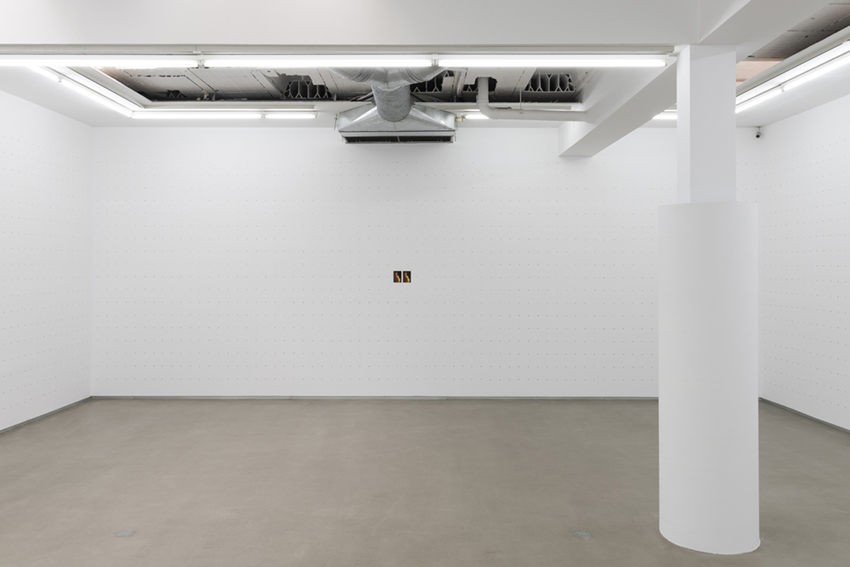 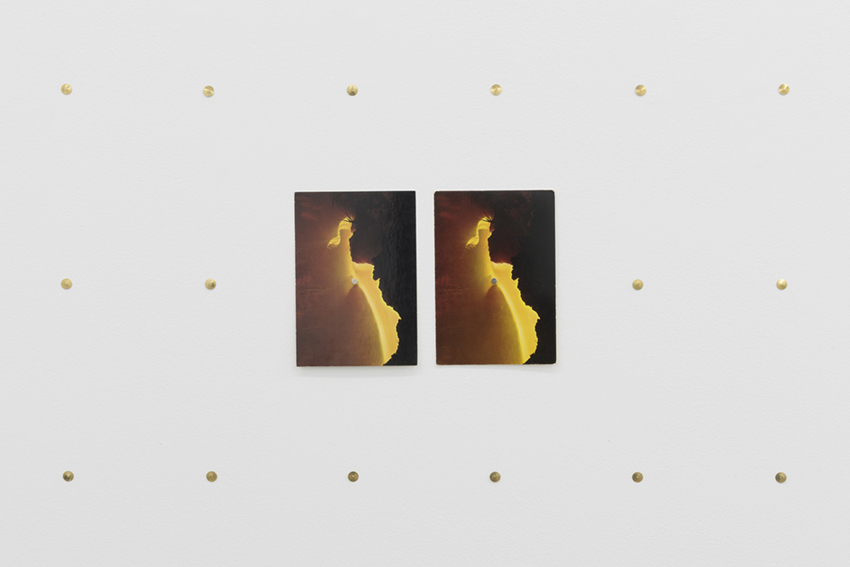 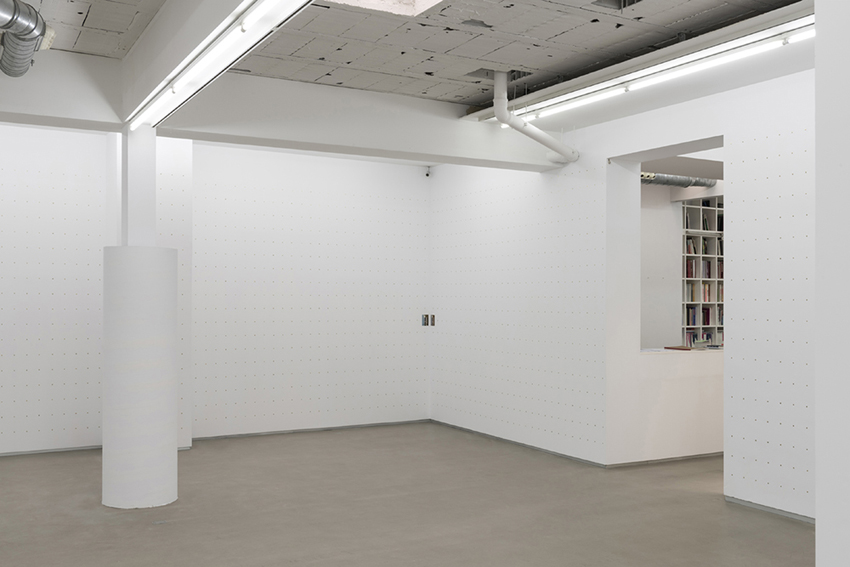 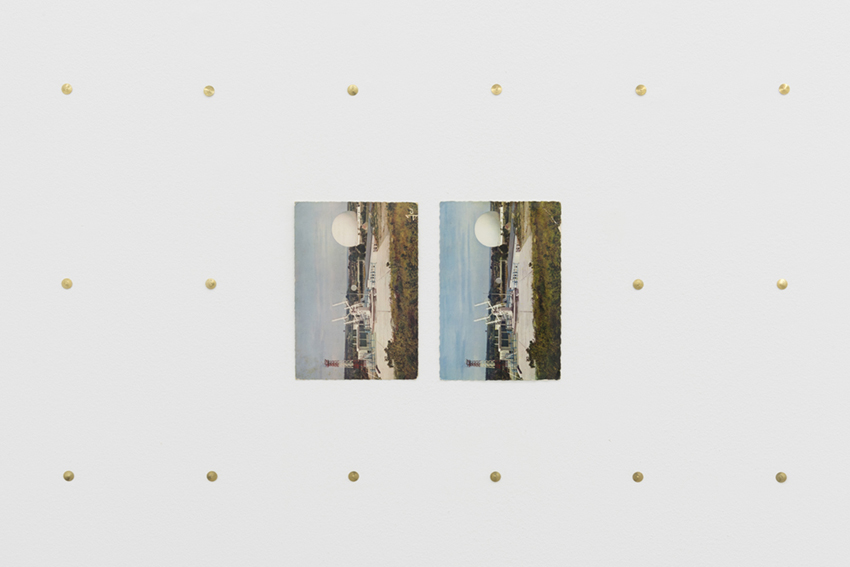 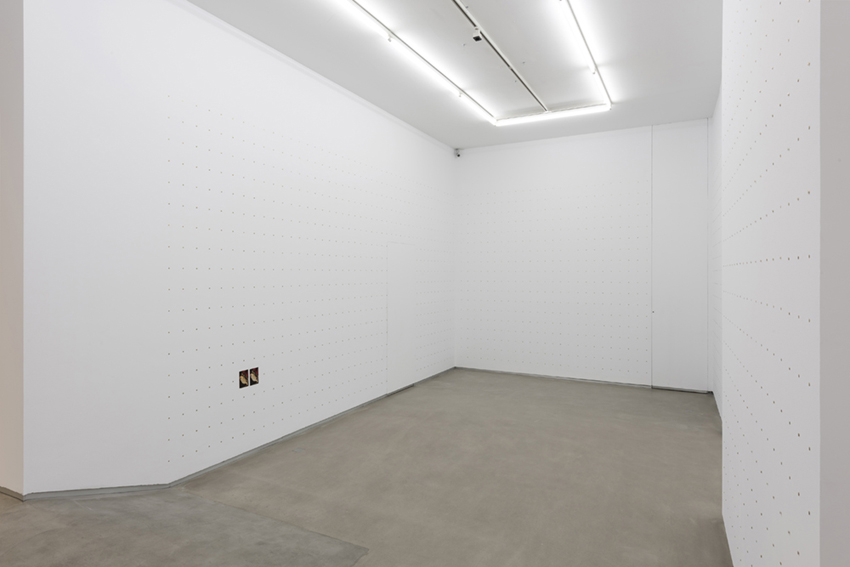 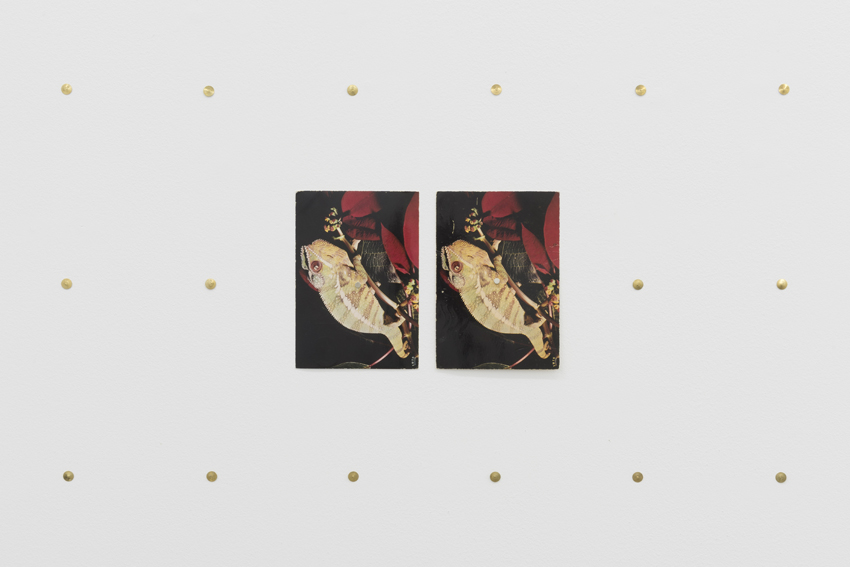 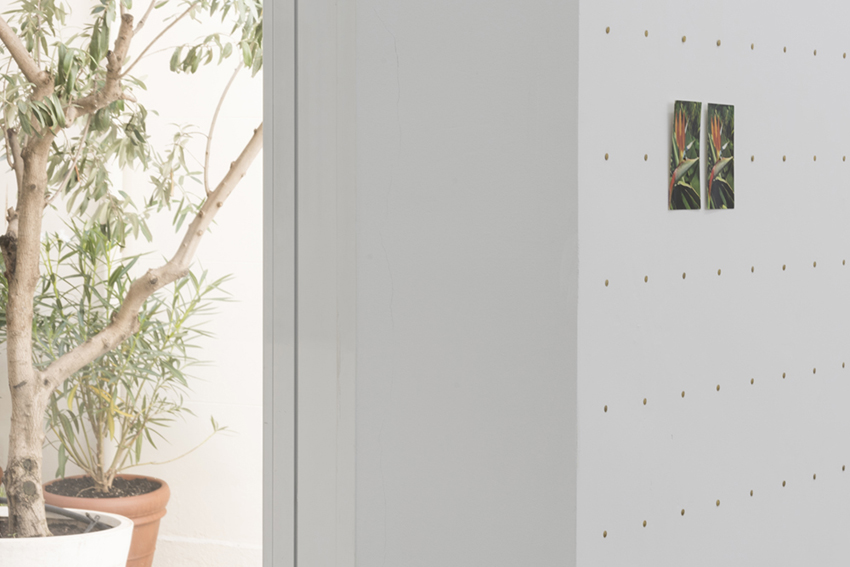 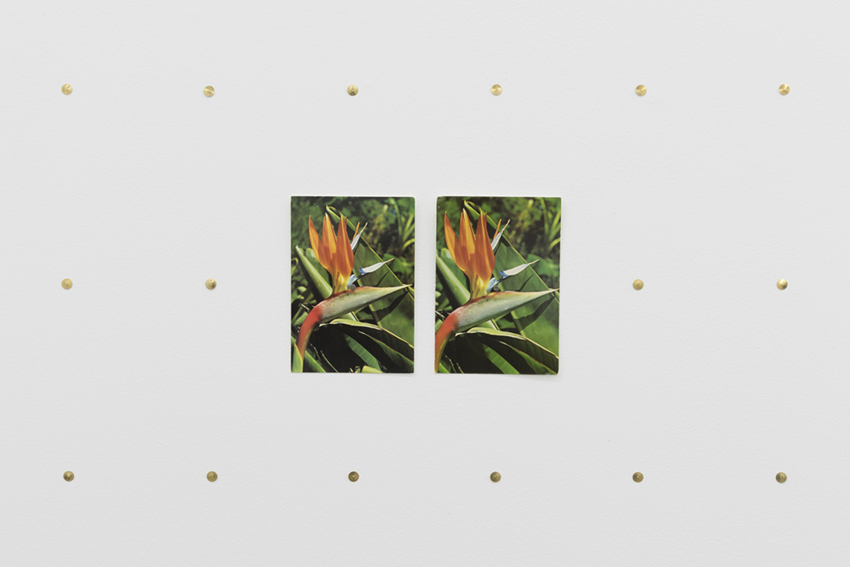 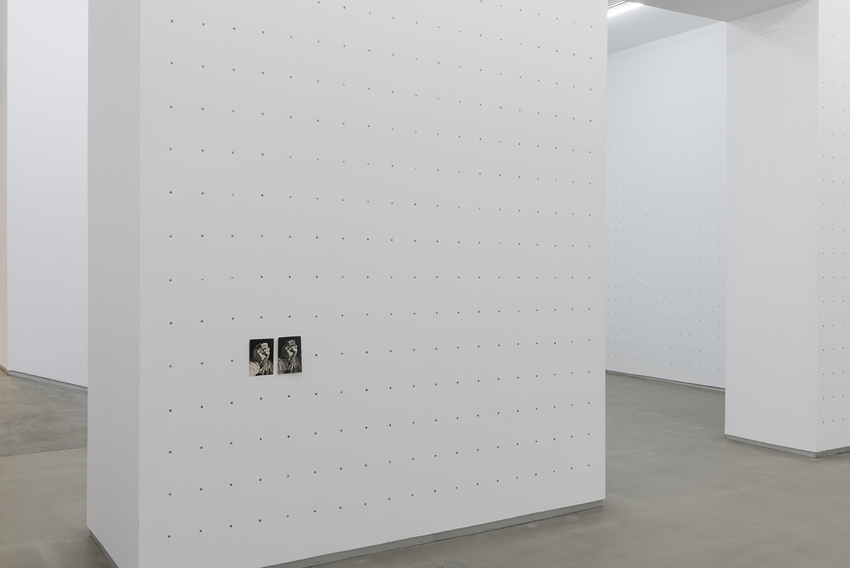 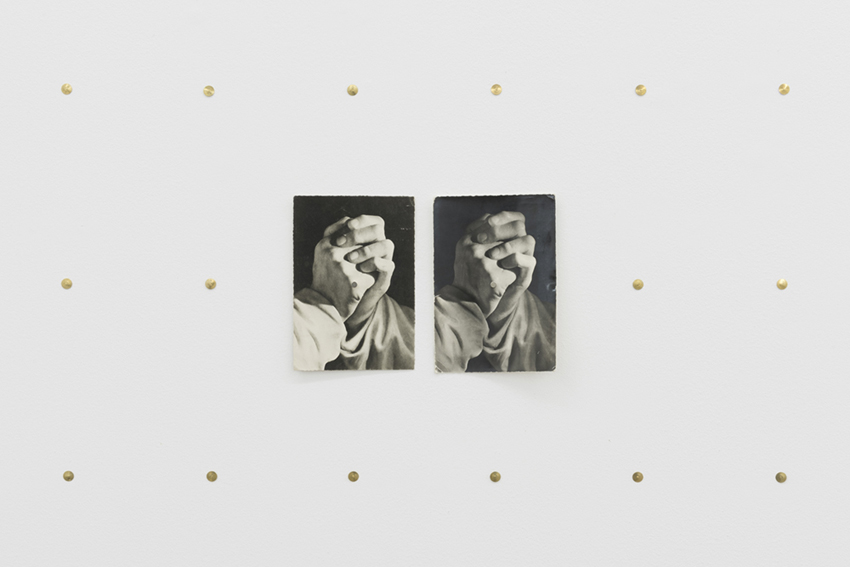 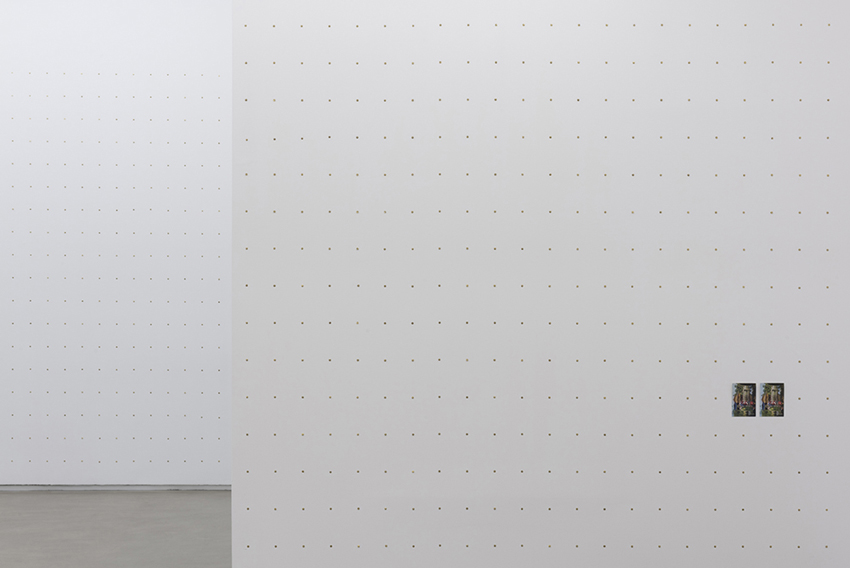 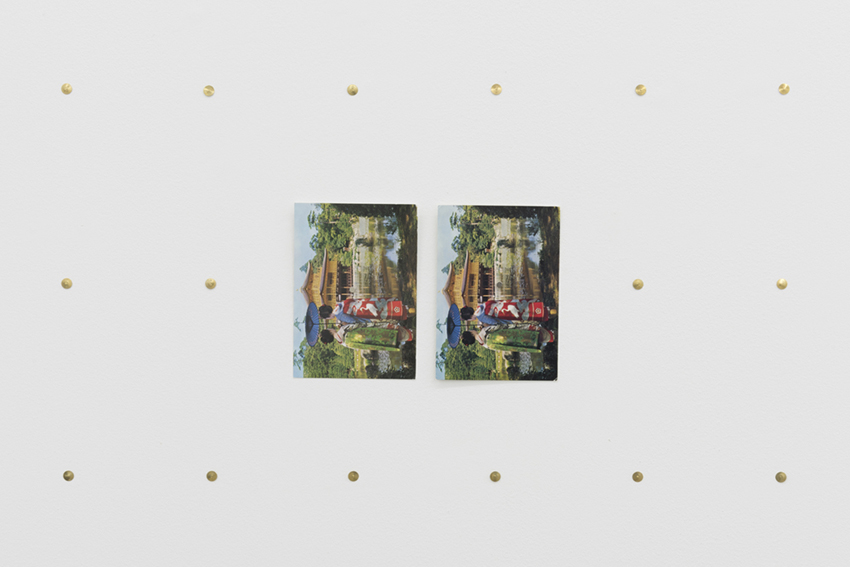 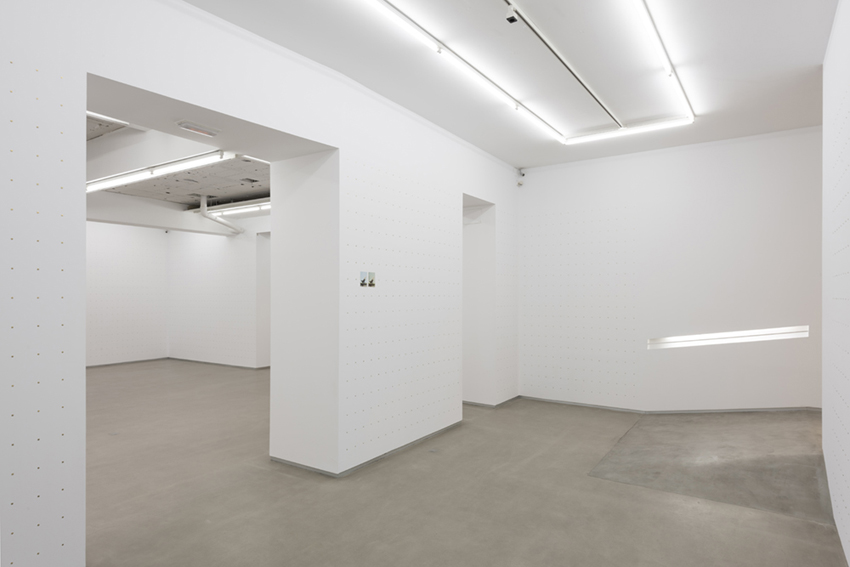 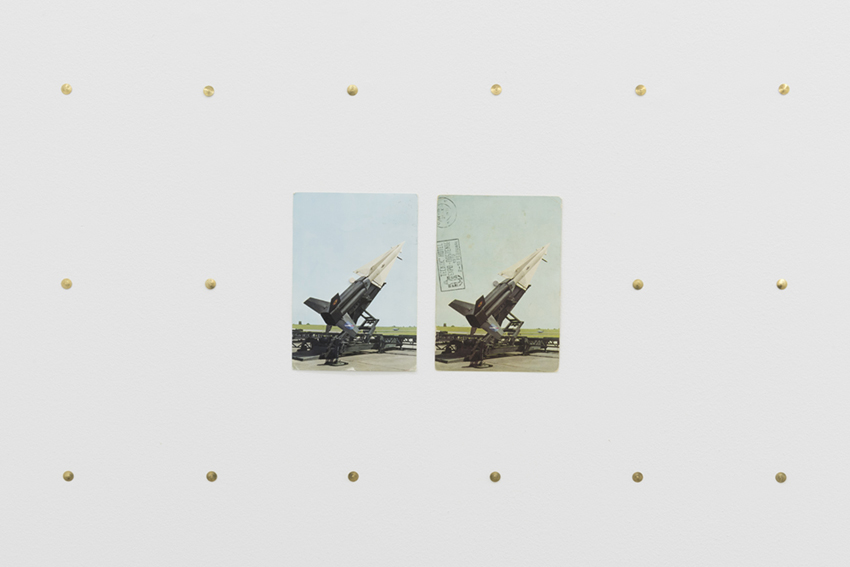 Courtesy of the artist and Parra & Romero