Natalie Czech:
One can’t have it both ways and both ways is the only way I want it at CRAC Alsace 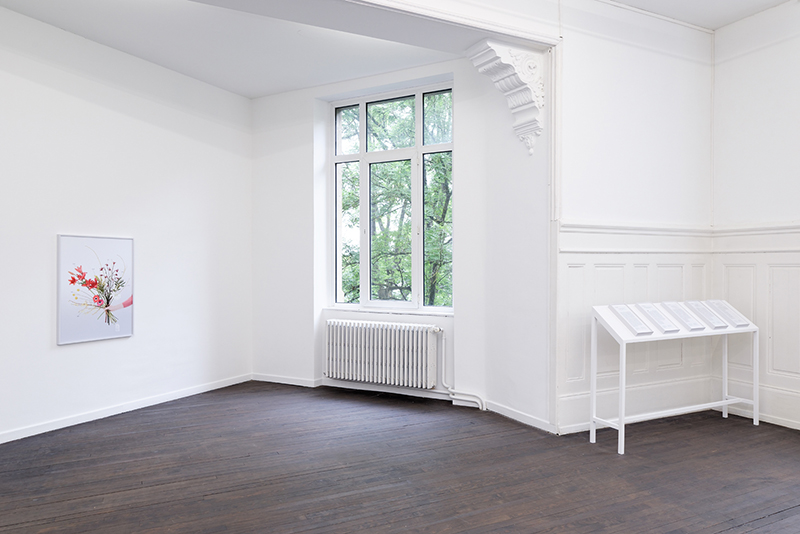 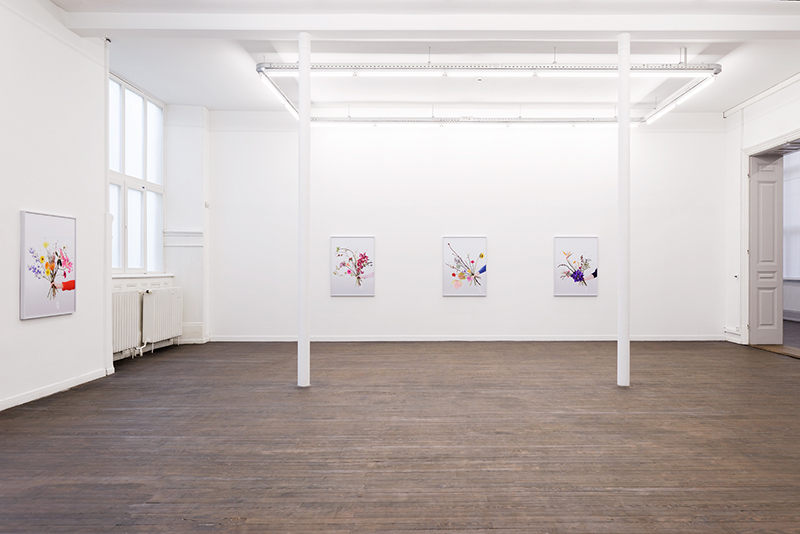 ways is the only

way I want it.

Ever since words and things stopped understanding each other, Don Quixote has been wandering a world that does not recognise him. “A long thin graphism, a letter that has just escaped from the open pages of a book” , he has been scouring the world for signs of a resemblance to the books he has emerged from. For Don Quixote, our sign-errant, is faced with quite a problem: the literature of chivalry and the fanciful novels he has come out of don’t resemble the world he’s moving through. Writing and things no longer resemble each other. Words and things no longer understand each other. So he sets about resembling the texts he knows, for he «must also furnish proof and provide the indubitable sign that they are telling the truth, that they really are the language of the world.» Thus his life path then becomes “a quest for similitudes: the slightest analogies are pressed into service as dormant signs that must be reawakened and made to speak once more.”

If I summon up this figure of the hero of the Same – at least as defined by Michel Foucault – it is because Natalie Czech’s work finds a kinship in him, so much does he depend on decipherment: not the decipherment of reality our sign-errant would resort to, but decipherment of his representation. And to do this – to reawaken the signs (the words) dormant in the text and the image, Czech has developed different methods which have notably produced the photographic series Hidden Poems (2010-2012), Poems by Repetition (2013-2016), Il pleut by Guillaume Apollinaire (2012), Voyelles (2013), Critic’s Bouquets (2015) and most recently To [Icon], (2015-2016).

With Hidden Poems and Poems by Repetition Czech sets off in search of poems which already exist but are concealed in the pages of magazines or illustrated books, or on record sleeves, bags and digital reading devices: poems by authors like E. E. Cummings, Frank O’Hara, Jack Kerouac, Robert Lax, Khlebnikov and Gertrude Stein, which Czech notices, marks, re-edits and photographs, using the interplay of difference and repetition to set them dialoguing with the texts, images and objects serving as supports for them.

And that’s how a text within a text produces an image.

Conversely, in the series Il pleut by Guillaume Apollinaire she invites writers to fill the empty spaces between the words making up Apollinaire’s famous calligramme. In doing so they embed the image of the rain of words on the page in a text that she photographs against a coloured ground.

Similarly, with Critic’s Bouquets she asks writers to write a critique of an exhibition in which each sentence is associated with a feeling taken from the language of flowers. Thus each text enables her to compose a bouquet each of whose flowers is associated with a sentence. The bouquet – photographed in an outstretched hand – sends its message frontally to its recipient: in this case, the viewer.

Lastly, with To [Icon] – literally “Making an Image” – Czech scrutinises the computer icons that people our digital environment, pictograms she identifies on the surfaces of clothes and fashion accessories: on trench coats, jeans, overalls, shirts and backpacks that are themselves iconic. According to the apps in question these desktop metaphors – houses, pens, dials – take on different meanings that prompt different acts, and provide her with the different words that will make up a new poem. Thus she finds the blank page icon in the collar of the dress shirt she is photographing on the floor, accompanied by a label bearing the new poem generated by a list of the pictogram’s assorted meanings: a Draft, a Blank Page, a Preview, an Artboard or just New.

And that’s how an image within an image produces a text then an image.

And that’s how you reawaken dormant signs.

And that’s how Natalie Czech writes. 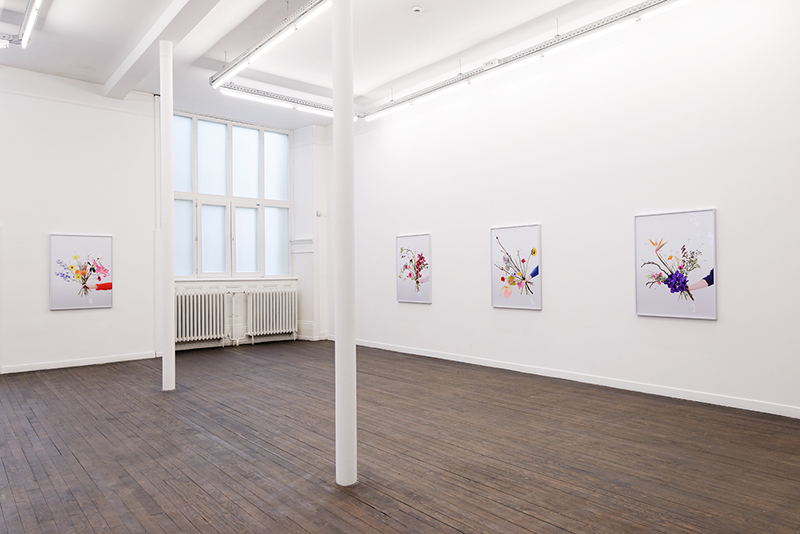 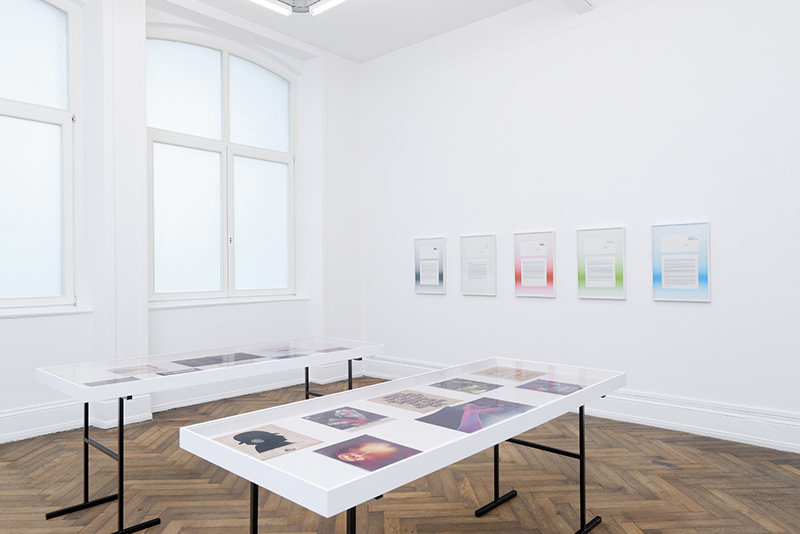 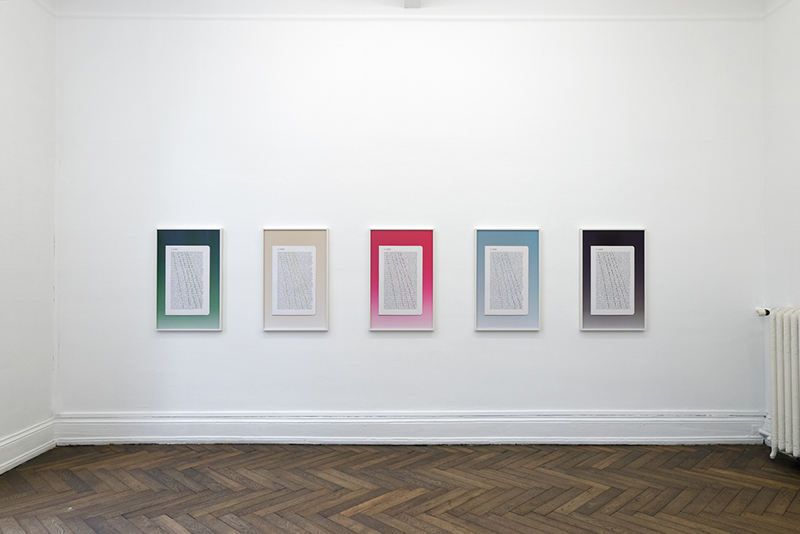 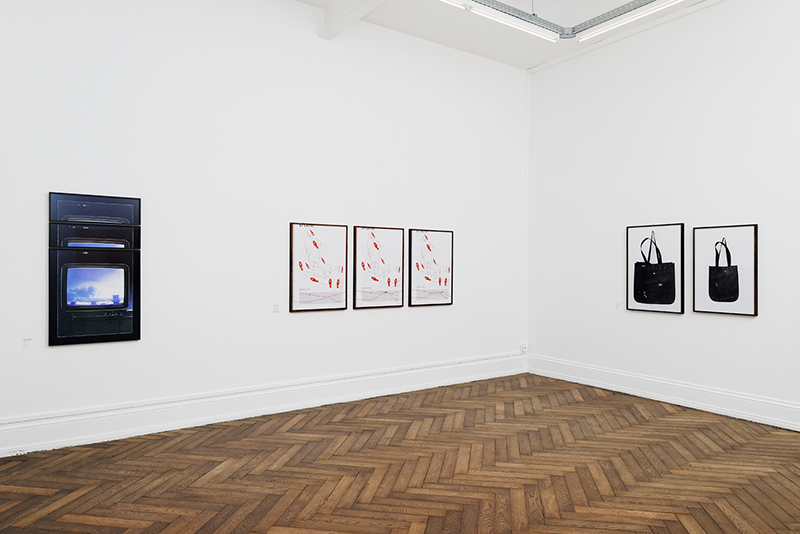 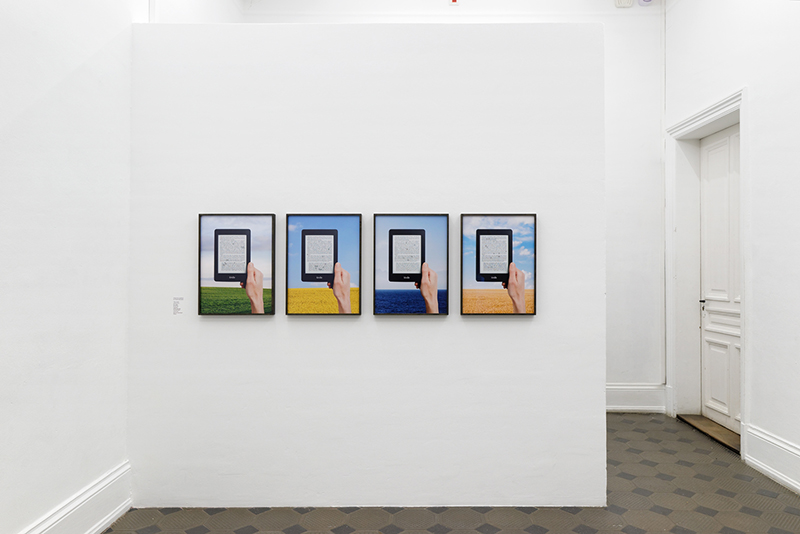 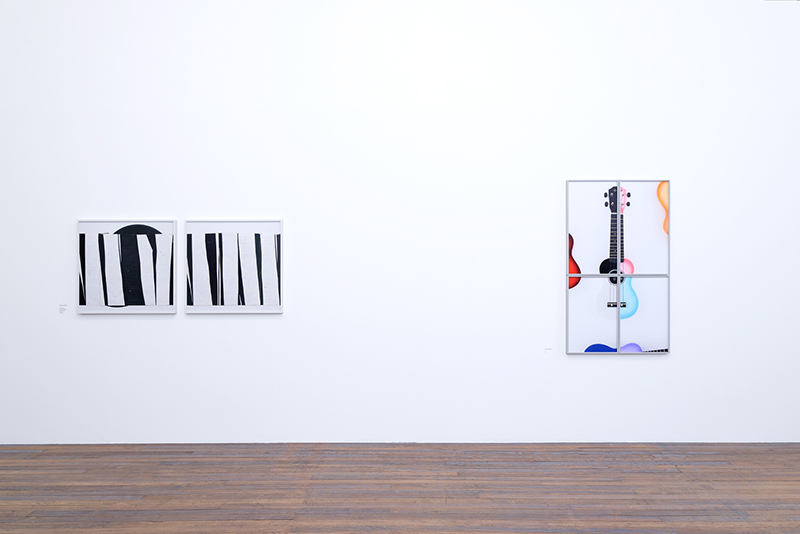 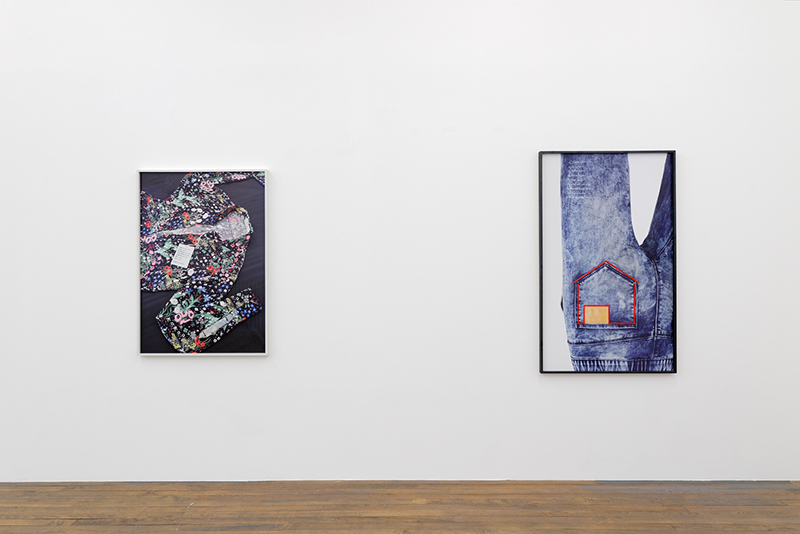 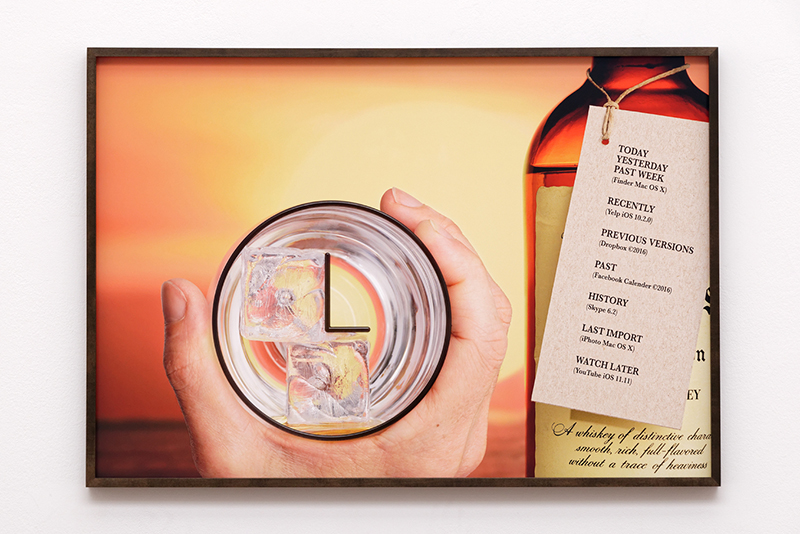 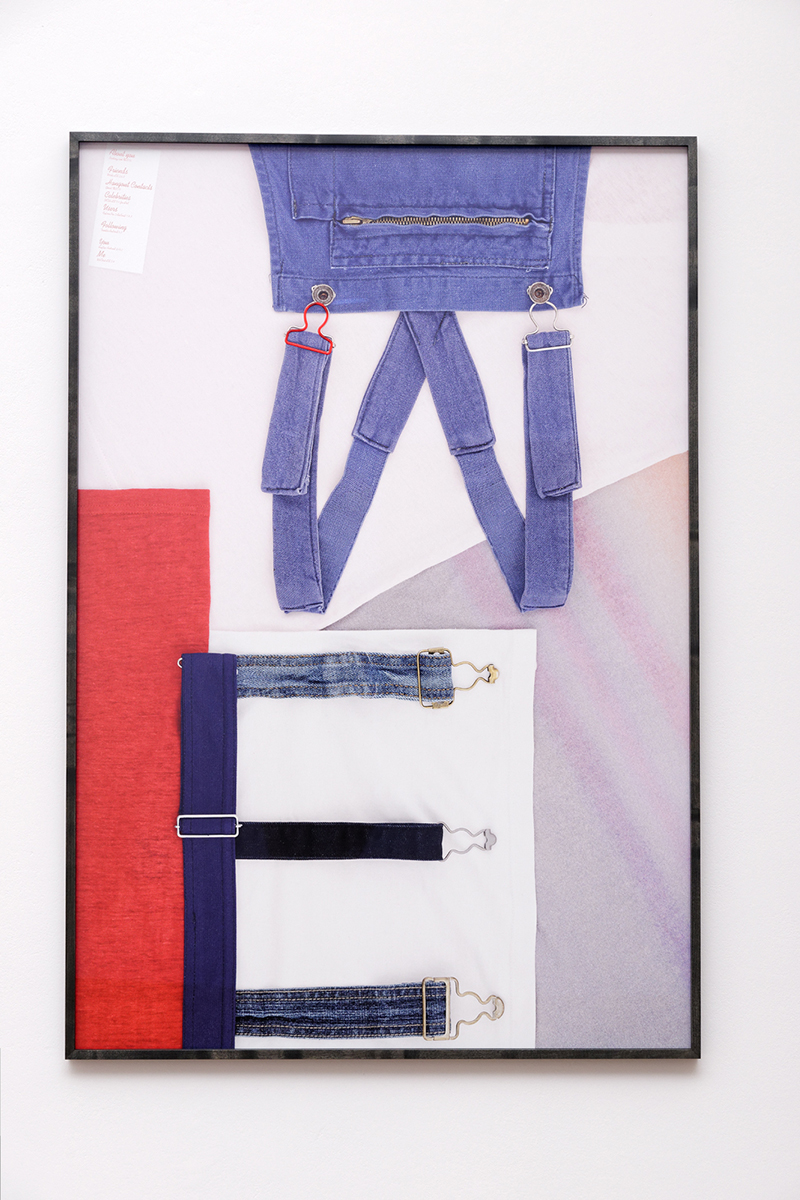 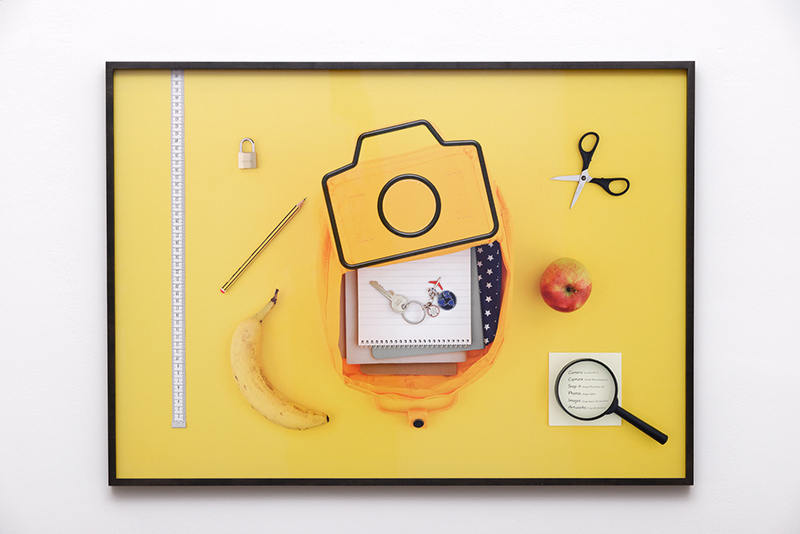