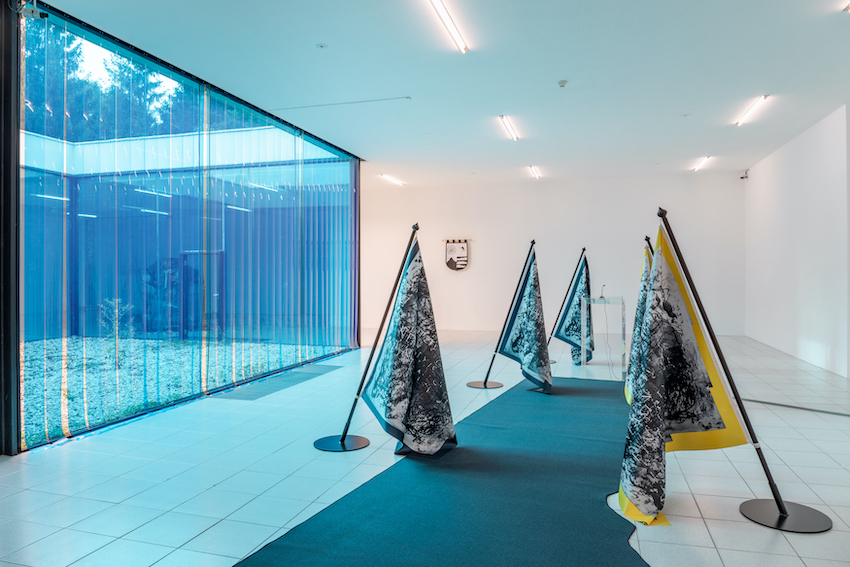 The oeuvre of Nástio Mosquito is diverse. He works with multimedia, installations, performance, music and the spoken word. Mosquito is interested in people’s fictions, mythologies and stories of history and the interweaving between them. In recent years, Mosquito has created and shaped various characters in a variety of videos, performances and installations. The artist puts himself in a central position, but we do not get to see the real Nástio Mosquito. He usually personifies roles that do not reflect his own cherished beliefs, but are rather sharp observations about “human follies” occurring in today’s society.

The exhibition at the museum Dhondt-Dhaenens transports us into the illustrious world of A.L. Moore, a fictional leader of the, also fictional, country of Botrovia. The character, charismatically interpreted by the artist himself, was created in 2016 and has since then further evolved resulting in various performances, videos and installations. Moore’s Bad & Better Mundi brings an overview to date of the universe created by A.L. Moore. In the world of Botrovia, stereotypical contradictions such as nature and culture, mind and body, animals and people, public and private are scrutinized. The underlying mechanisms of a nation-state, often personified by a public leader, are explored. Mosquito questions the actual intentions, motivations and convictions of those in power as well as the role of the media, branding and the influence of commercial business and marketing strategies on the political system.

The two video works in the exhibition show Nástio Mosquito in the role of A.L. Moore. In both videos, time and place are unclear, motives and intentions ambiguous. In the video Another Leader: Act #II, we see A.L. Moore when practicing a speech. Here, Mosquito alludes to the power of the word to justify, among other things, self-interest, economic motivations, illegal practices and criminality and to impose them as generally acceptable laws. The second video Another Leader: Act #III shows A.L. Moore as a crazy, homeless figure or is it a transmigrant? The in plastic wrapped armrest of the chair on which this video is shown refers to the execution of Saddam Hussein. The video finds its origin in Mosquito’s interest in trauma and mental illness and how these human conditions can result in or explain radical ideologies.

A central theme in the exhibition is transition and how we as humans today deal with the constant and superfast ecological, digital, mental, economic, political, … changes. The banner on the facade of the museum promotes the suppository No.Pruritus.No.Ani, serving as a quick and physiological solution to the psychological ailments associated with change. The pill is therefore the panacea par excellence for the European consumer. The apparently fallen parachute supplying the medicine boxes filled with suppositories is therefore a key work in the exhibition: “Transitory Suppository comes from understanding that change is difficult: it is demanding, it is something that requires a very high level of tenacity. We ask ourselves to change, we ask our environment to change, we ask systems to change. But are we prepared to do what we have to do and to contribute what we have to contribute to that particular change? Transitory Suppository is one way or another admitting that we have difficulty dealing again with process and transition. And we would like to do things fast, on an instant. If we could, if we would develop a Suppository in this case that would help us transition things, to bypass process.”

Other elements of Botrovia include its own coat of arms, propaganda posters and a national flag. Each of these elements carry an amalgam of layers of meaning and overflow with ambiguity. The embroidered, and therefore extremely fragile, coat of arms refers to landmines and also contains an image of Mount Everest and a mosquito. The national heroine of Botrovia, on the other hand, is Grisélidis Réal, a Swiss prostitute, writer, activist and artist who, among other things, founded an association to give support to prostitutes in the 1970s. Mosquito’s message is always ambiguous and revealing, often shocking and constantly layered.

Rather than providing answers, the works initiate questions that encourage dialogue, conversation and reflection. Through the world of Botrovia, Mosquito most likely questions our own positioning, actions and beliefs. Mosquito states: “My challenge was to use the dynamics of politics and the dynamics of business to see if I can find life within that. Because I believe that one of the struggles that we have now, as citizens or organized societies, is to find the life within all these political and corporate decisions that we are both participants and victims of.” 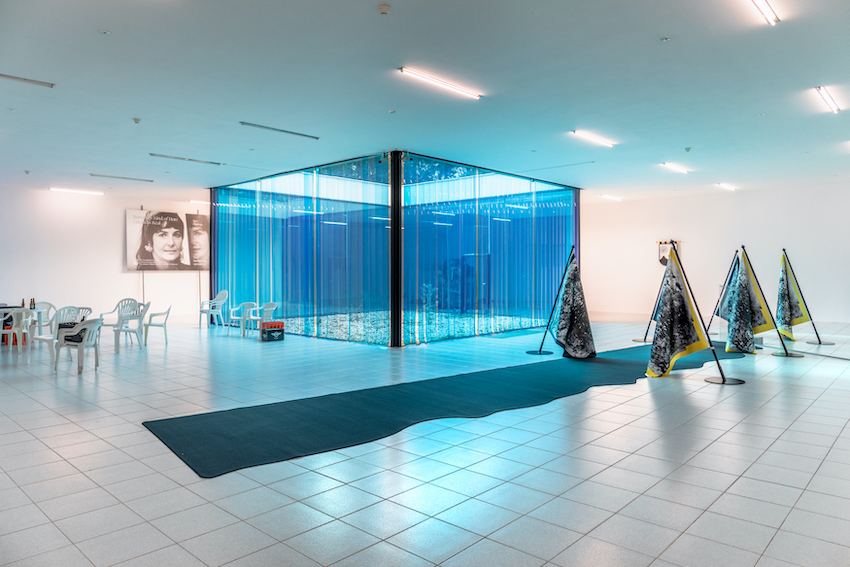 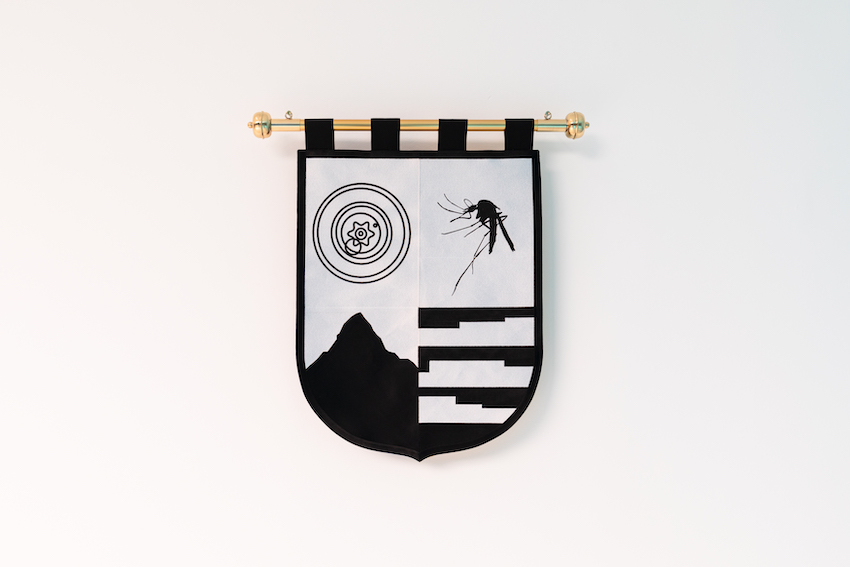 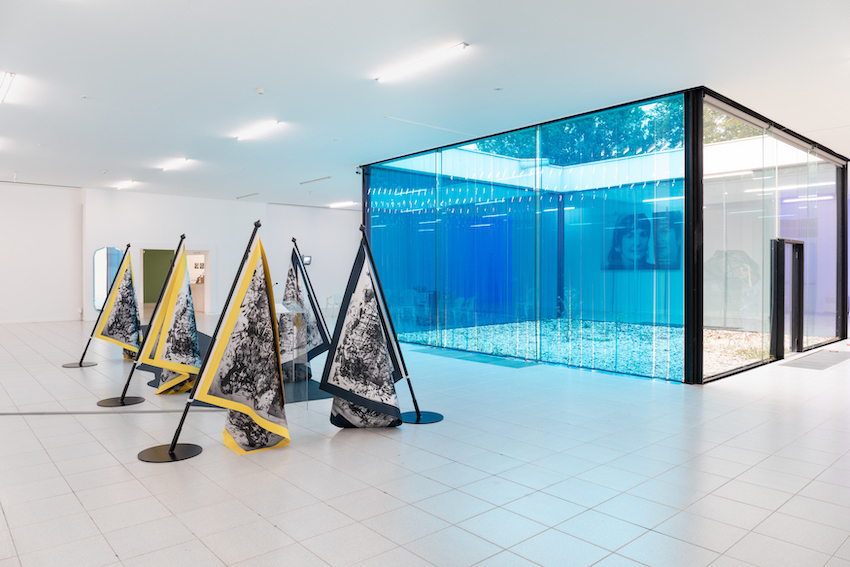 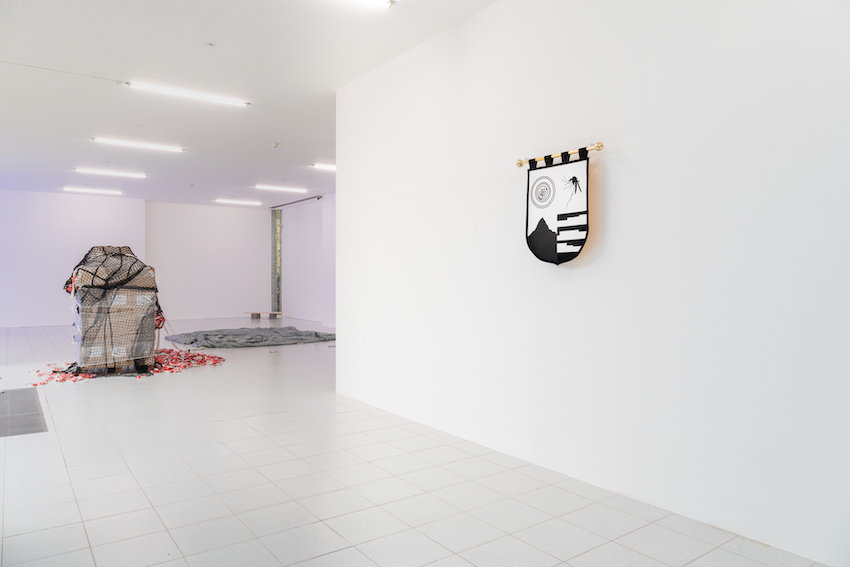 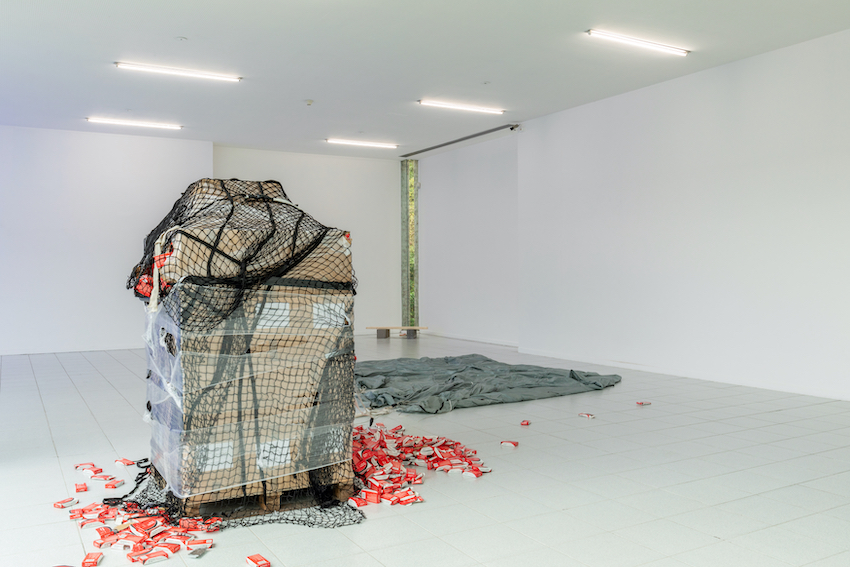 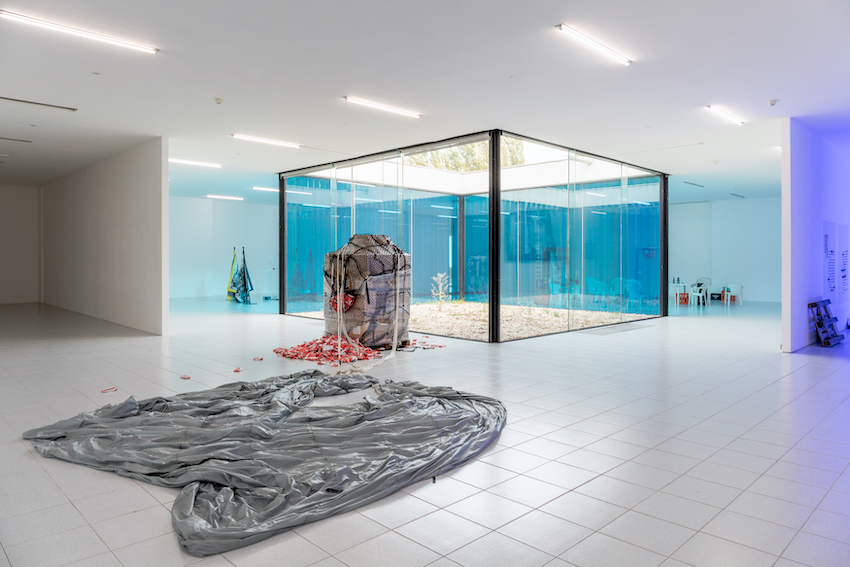 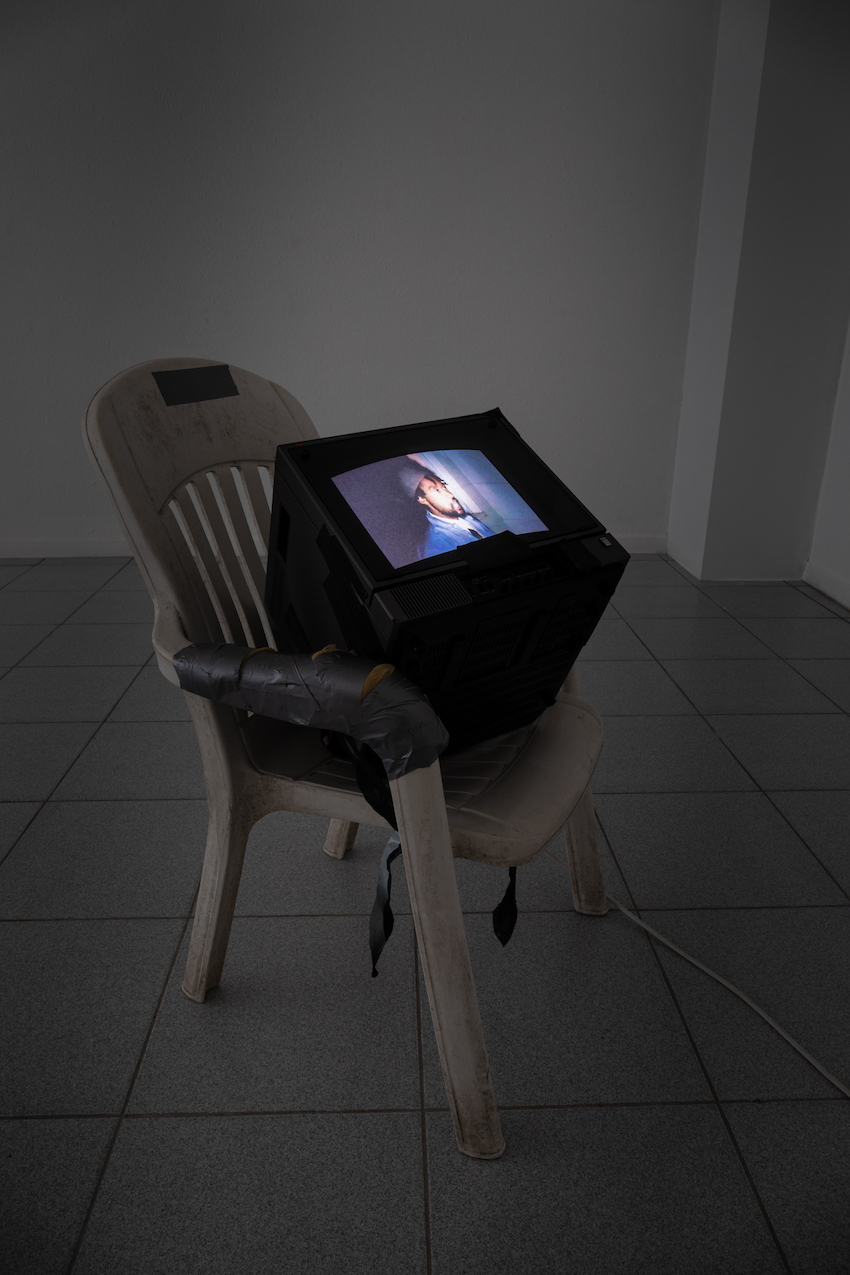 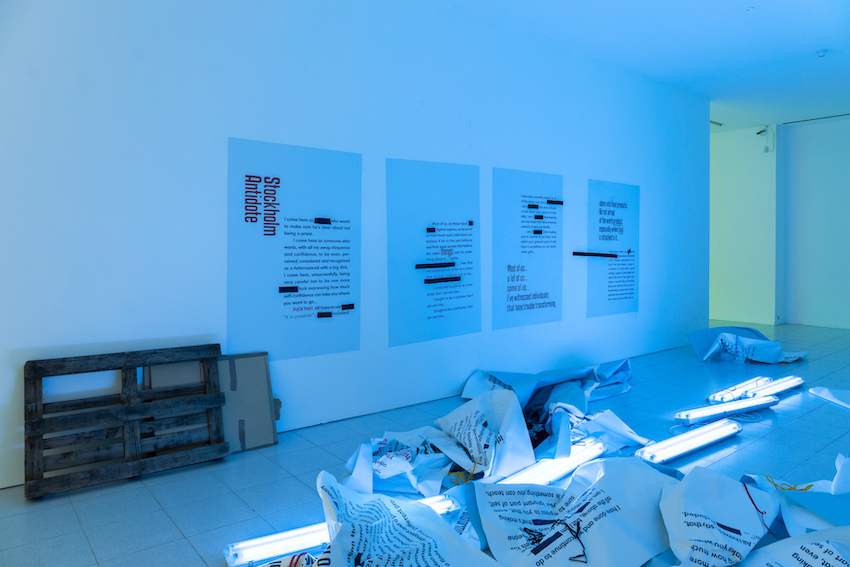 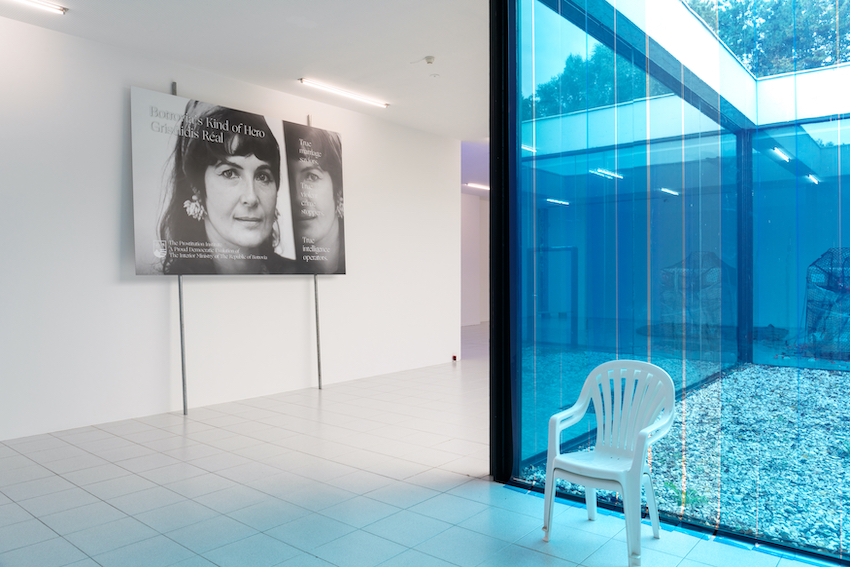 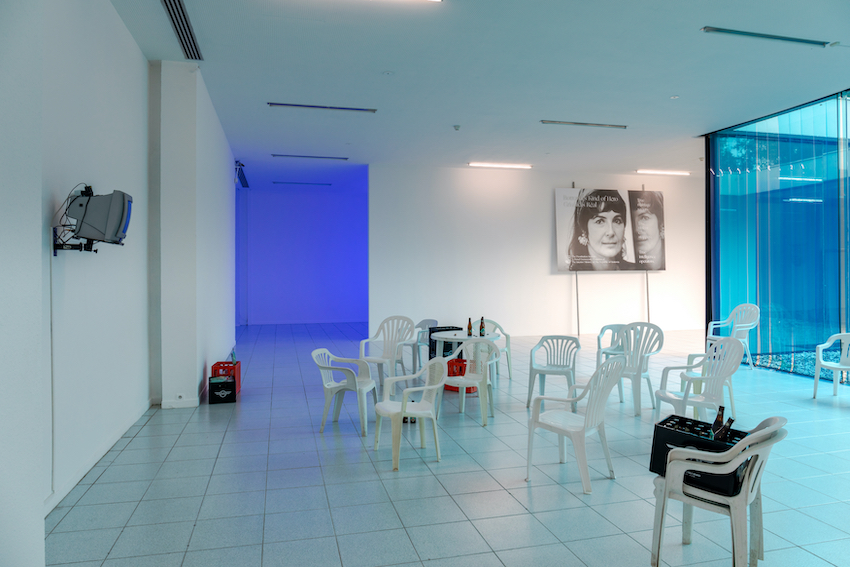 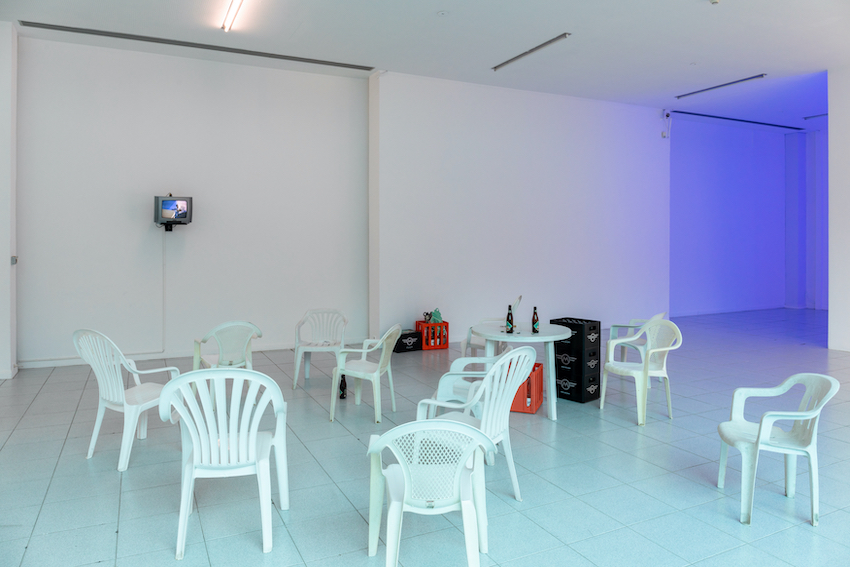 Courtesy of the artist and Museum Dhondt-Dhaenens 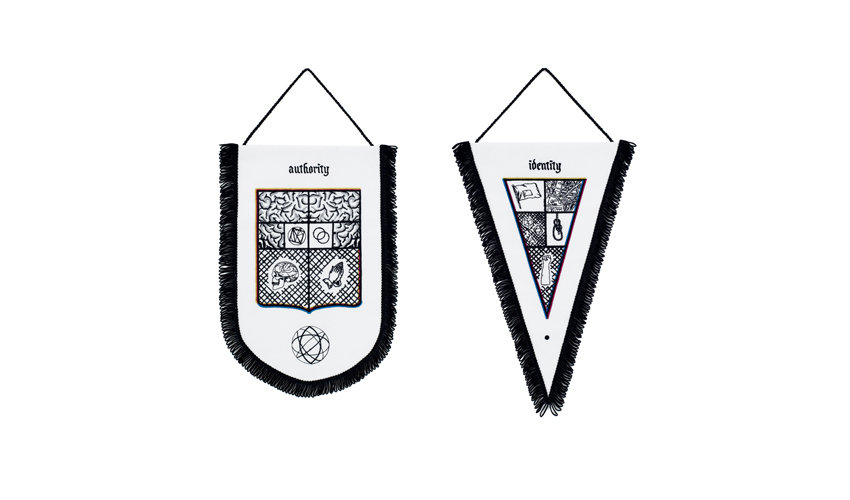