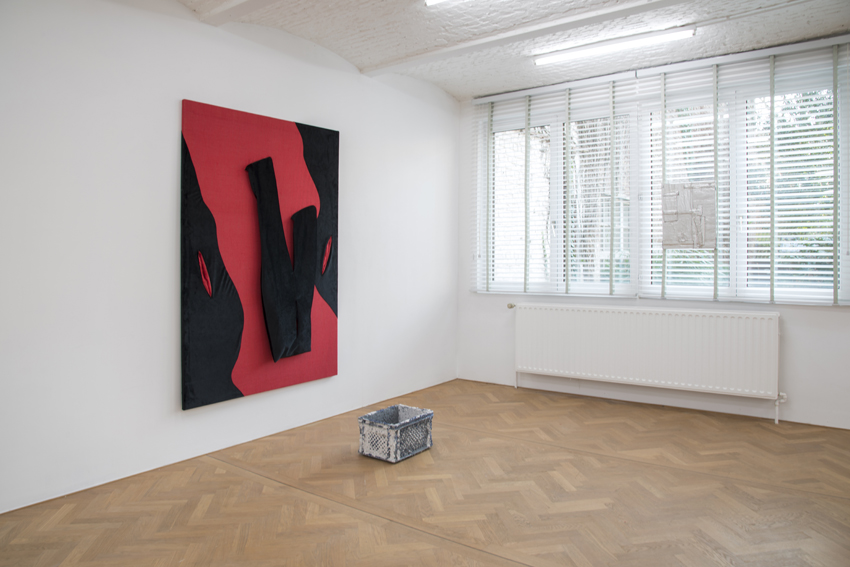 Malinchismo is an ambiguous term that hides many layers and contradictory meanings, based on who’s giving the definition. La Malinche was a female slave who became Hernan Cortes’ lover (XVIth century): she’s considered a traitor as well as the Mother of modern Mexican culture. Both artists are coming from mixed cultures. Taccetti was born in Buenos Aires and Namou in Oran, but they kept on drifting away their whole life. Their ‘dérives’ brought them back several times to Latin America. Most of the works shown in this show emanate from their recent residencies in Argentina, Mexico and Colombia. But the link with the concept of Malinchismo is not only about an actual land, otherwise it would be mere exoticism.

One aspect of the Malinchismo is the preference of imported goods and customs over local. It reflects one of our current world contradiction. How to articulate the two opposite forces of the local and of the global that seem to be equally relevant in our current way of life? Local consumption is considered ethical while imported goods often rime with ruthless practices. Yet, with all its downsides, international trade is the base of our cultures. The real question here is the one of the ‘origin’ that soon appears non-sensical: any concept or object is made of many accumulated layers or, to use a timed-based metaphor, sedimented strata.

In Art, an obvious image that could bring forth this thought is the aesthetic of the ruin. It’s a century old trope, older than Romanticism. In fact, it was a central theme in pre-islamic poetry that was rediscovered by Goethe. This quite obscure connection is dear to Namou’s thinking. There’s an intermediate layer between Greco-Latin architecture and European Romanticism, but it’s unseen by most.

To some extent, both Namou and Taccetti use concrete references to ruins. But the meaning is slightly altered. Cheap and globalized material allow oneself to comply, to a lower cost, to an imported lifestyle. Even though still transitory, ‘ruin’ now conveys ideas of resourcefulness before spirituality, or obsolescence before majesty. But the idea of ‘revealing’ what’s behind is still there.

Taccetti’s approach is quite documentary, inspired by actual experiences. His aluminum compositions are based on the way, in Argentina, “the roofs of houses, bus stops, train station, ‘parrillas’ (bbq joints), even trucks and buses (all of them in very poor conditions) are patched up by the owners themselves”. Namou’s approach is more abstract: while using found slabs of construction stones, his composition are constructed from pure concepts, playing this time with the notion of reversibility (of the ruin?).

For the two artists, a simple material is never monolithic; there’s always a part of ambiguity: its resistance and its plasticity is its subtext; hieratic stones are in fact porous, the fixation, in a sewed pocket, implies an hidden part ; the smooth aluminum surface gives way to a maze of cracks. All the surfaces offered here to the eye of the visitor are traps that need to be read as volume. All is made to suggest that it’s not on the surface that it’s happening, but through it, behind it or even in another place.

The collaboration between the two artists is happening in two parts: first, in Brussels, at Levy.Delval’s (January 2018) then in Berlin, at Rolando Anselmi’s (April 2018). 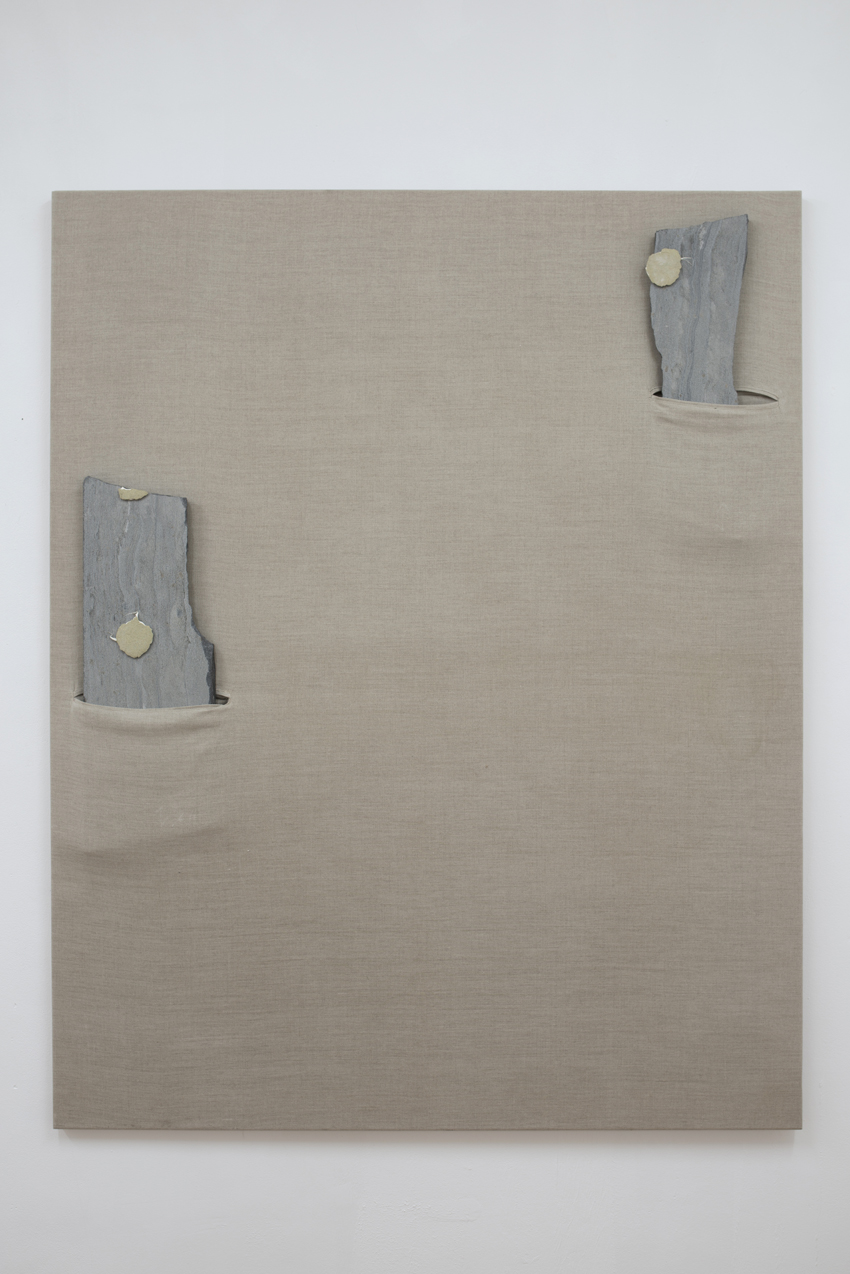 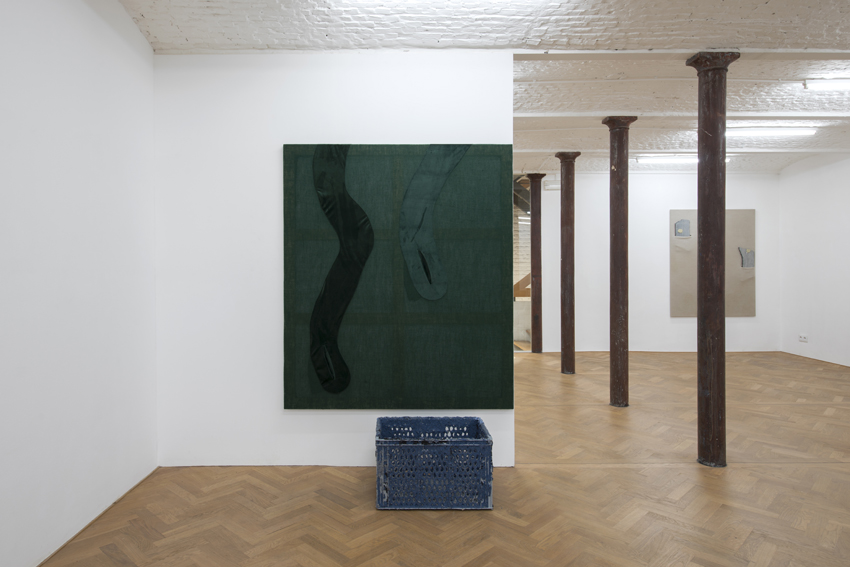 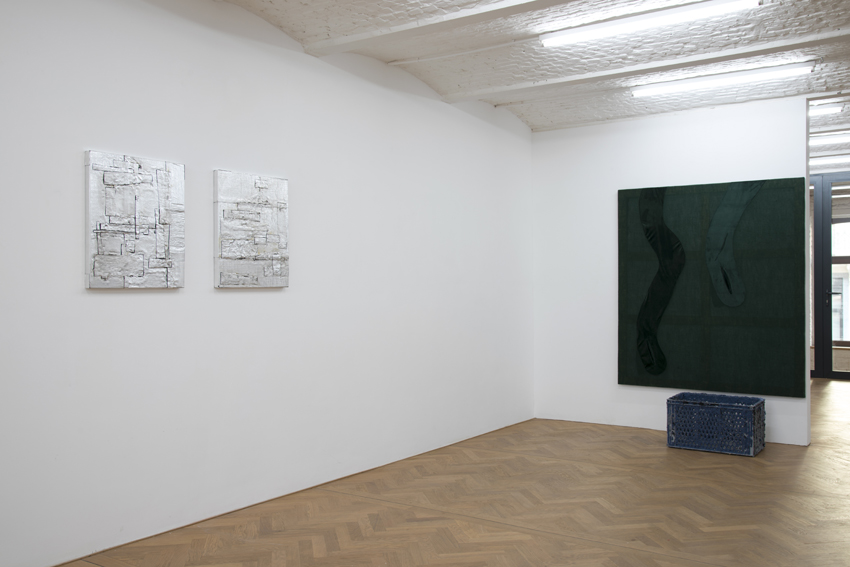 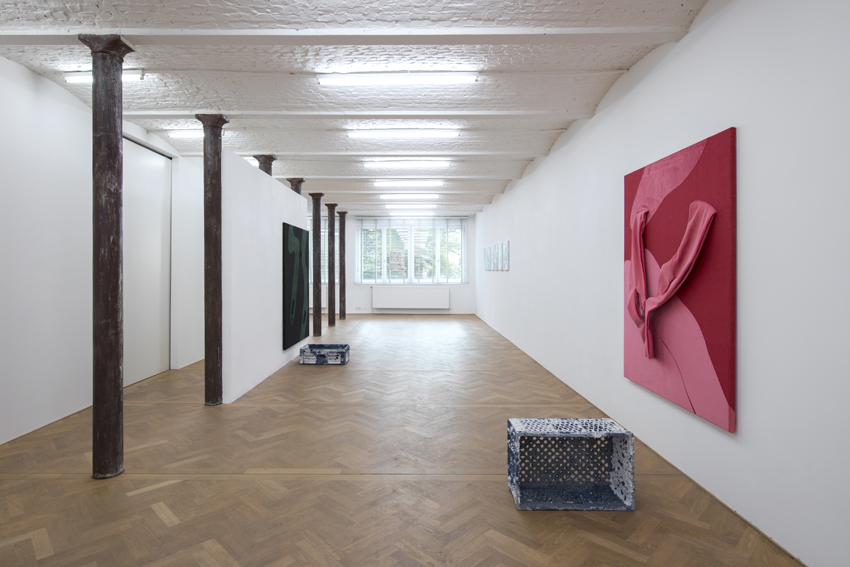 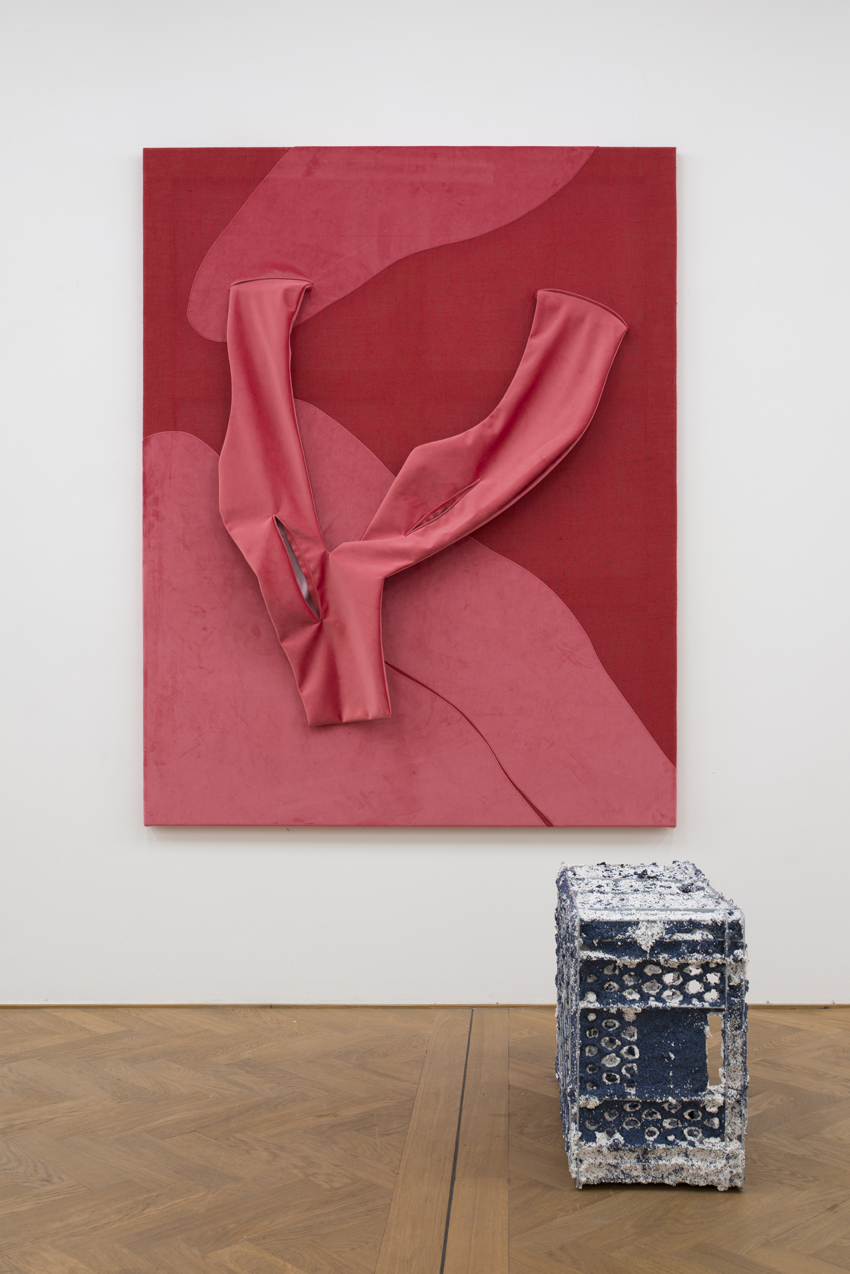 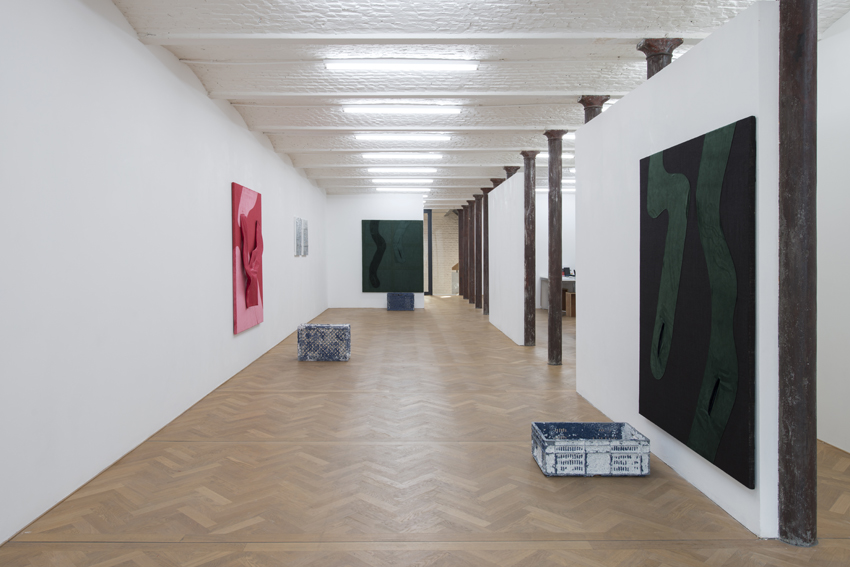 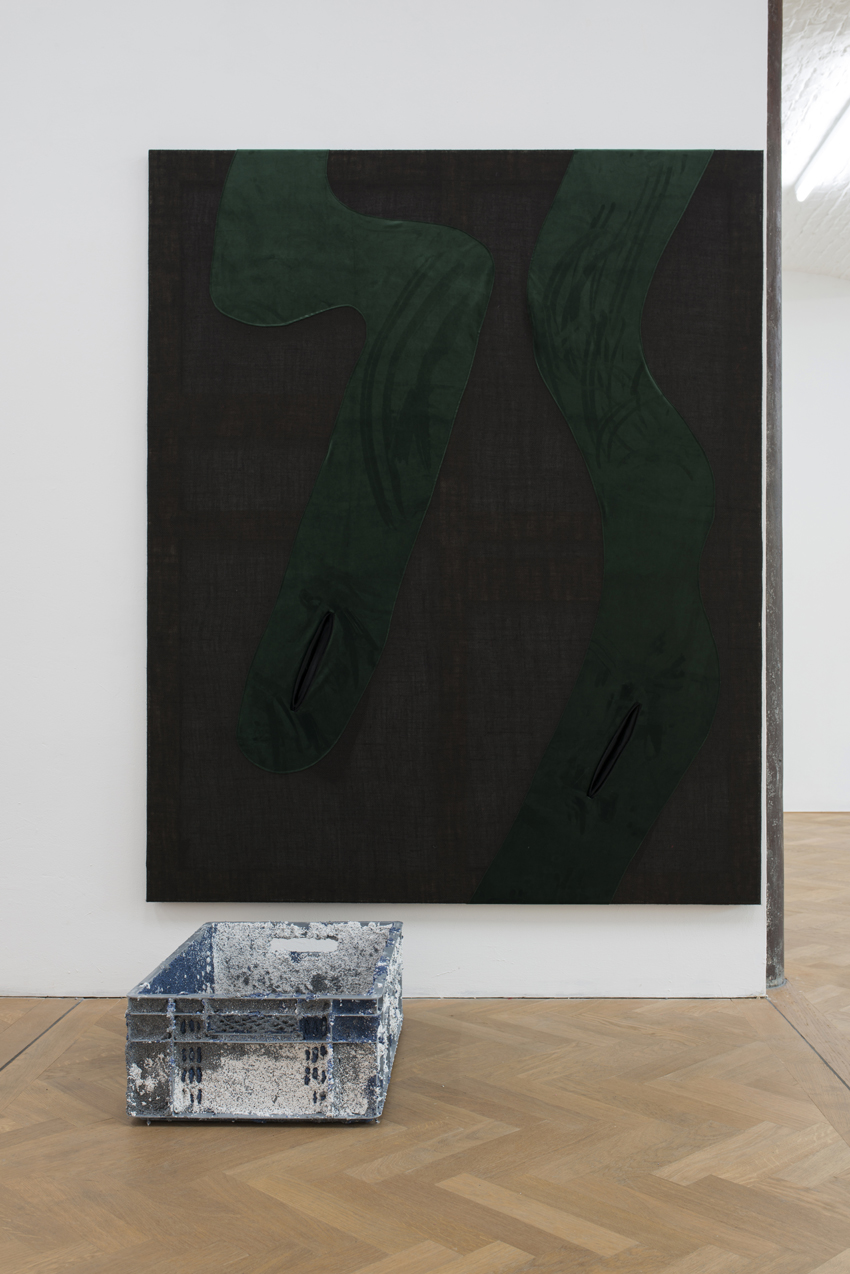 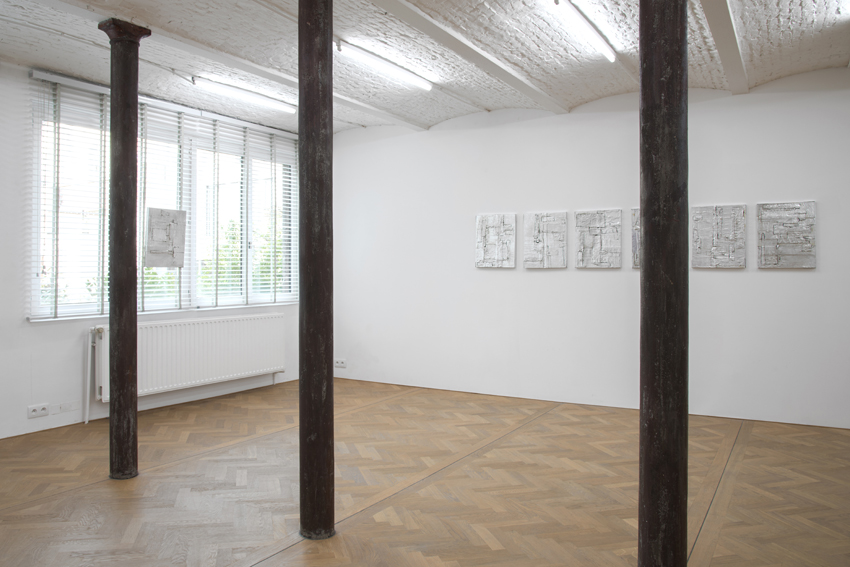 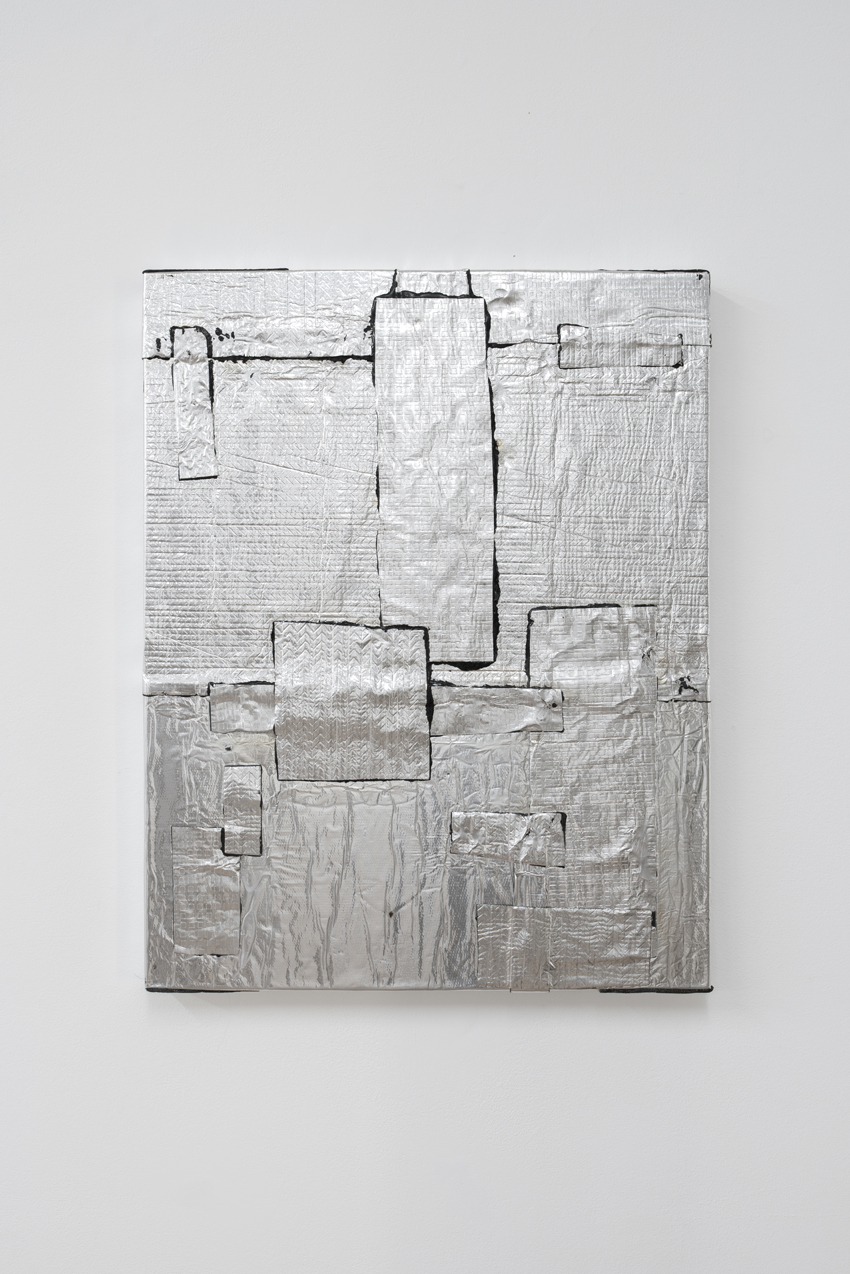 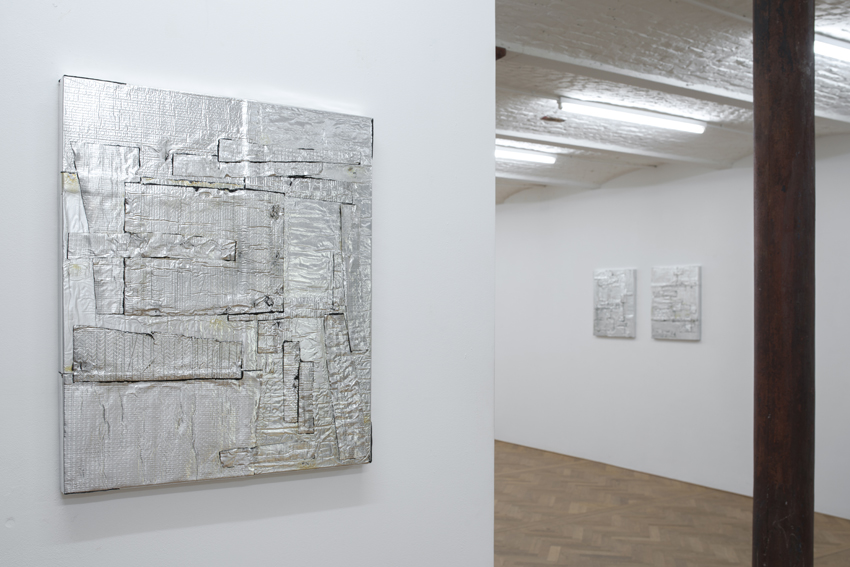 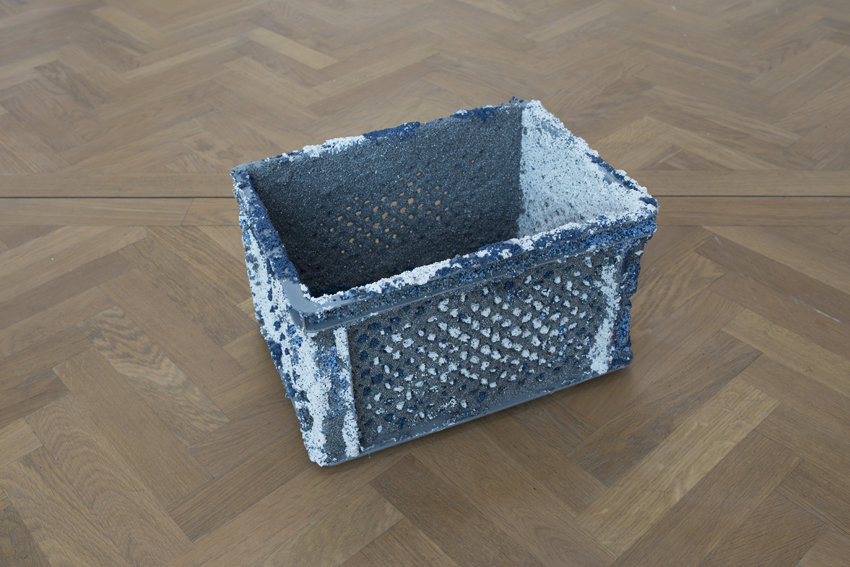 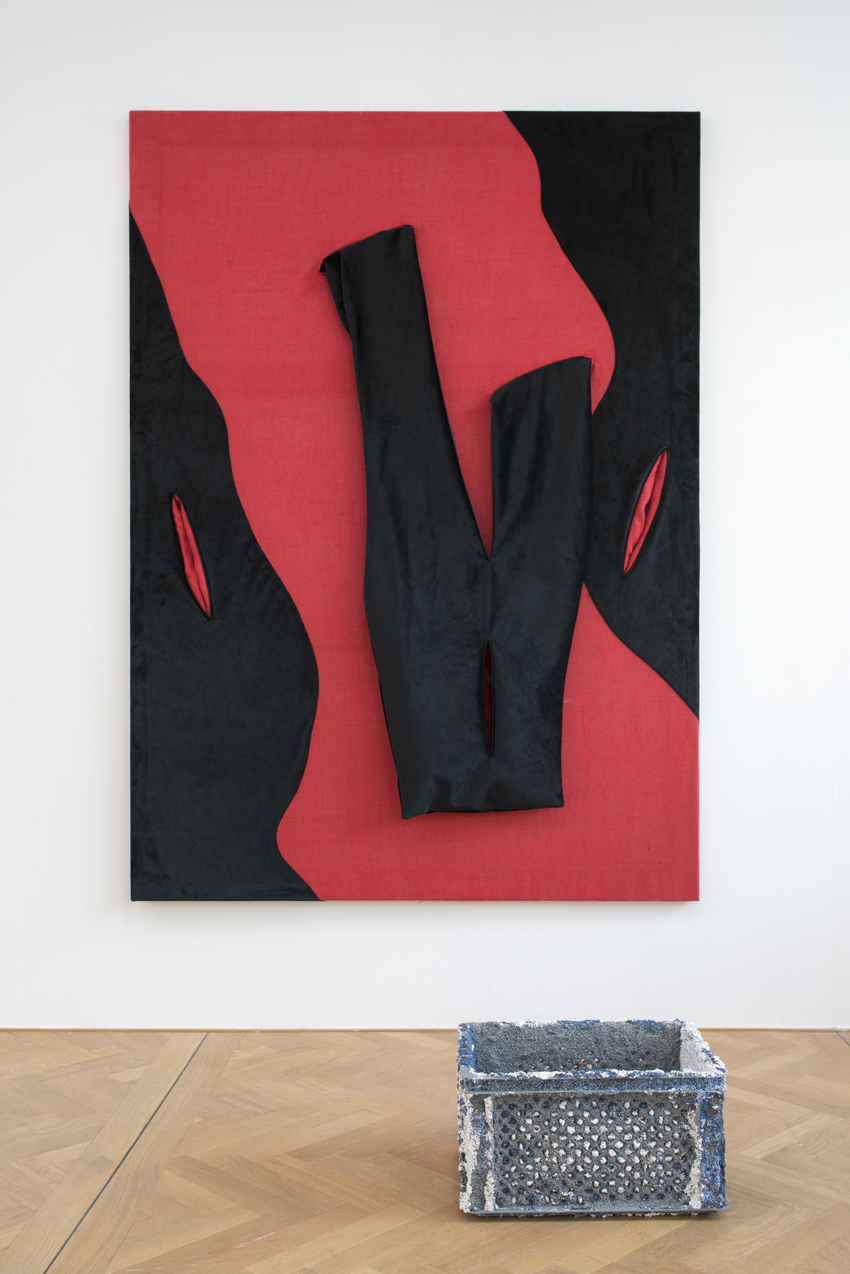 Courtesy of the artists and Levy.Delval