“I believe our future depends powerfully on how well we understand this cosmos in which we float like a mote of dust in the morning sky.”

– Carl Sagan (1934-1996), American astronomer and one of the authors and presenter of Cosmos: A Personal Voyage, the 13-part TV series which was responsible for acquainting the public with the wonders of what’s above. 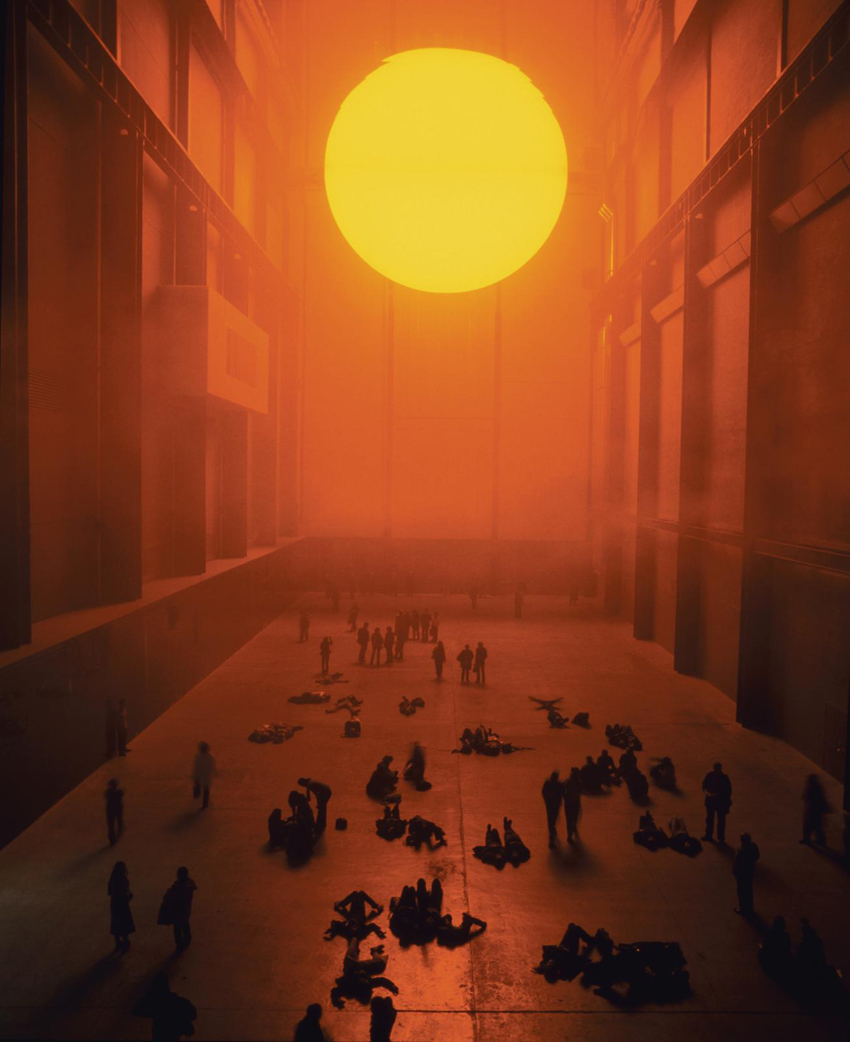 If the international disdain for terms like ‘post-truth’, ‘fake news’ and ‘alternative facts’ has proved one thing, it’s the following. It goes against our most innate relationship with the world around us to say that truth is debatable. We can agree to disagree about what constitutes the truth, but to most of us, ‘alternative reality’ seems to belong to the world of science fiction. Understanding the world means gaining insight in how it all fits together, while, simultaneously, realising that there is so much to know that we can never know or fully understand all of it.

To come to terms with the fact that we’ll never ‘get’ it all, that we’ll never quite reach a full understanding of ‘truth’, we turn to each other and talk about the weather – a force of nature we’ve learned to -somewhat- predict. The English, in particular, are famous for never shutting up about ‘come rain or shine’, simply because English weather is amongst the most precarious to forecast. The Brits never really know if they should bring an umbrella or not. This is about as nice a metaphor for the unknowability of our world as it gets.

It is precisely this unsure relationship we have with our surroundings which fascinates Danish-Icelandic artist Olafur Eliasson. One of Eliasson’s most famous works exploring this concept is The Weather Project, an impressive installation which the artist developed in 2003 for the fourth annual Unilever Series of commissions for the Turbine Hall of Tate Modern in London. 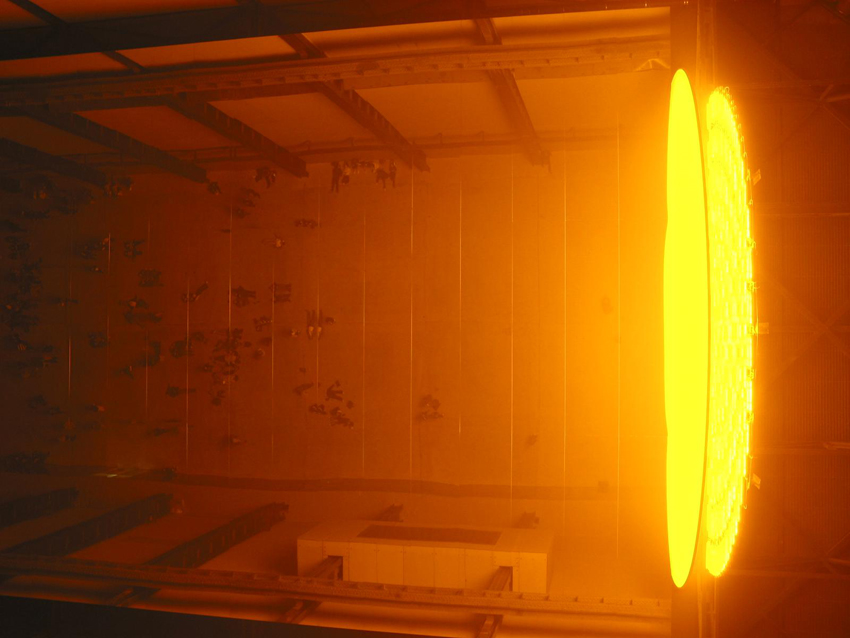 The list of materials used The Weather Project sounds almost like a toolset used by MacGyver: ‘monofrequency lights, projection foil, haze machines, mirror foil, aluminum, and scaffolding’. Smoke and mirrors, as it were, to create an effect which was described in the Tate exhibition text as follows: “…representations of the sun and sky dominate the expanse of the Turbine Hall. A fine mist permeates the space as if creeping in from the environment outside. Throughout the day, the mist accumulates into faint, cloud-like formations, before dissipating across the space. A glance overhead, to see where the mist might escape, reveals that the ceiling of the Turbine Hall has disappeared, replaced by a reflection of the space below. At the far end of the hall is a giant semi-circle of hundreds of mono-frequency lamps. The arc repeated in the mirror overhead produces a sphere of dazzling radiance linking the real space with the reflection”. To create what can only be interpreted as the sun, Eliasson used mono-frequency lamps, which emit light at such a narrow frequency that colours other than yellow and black are invisible. The hall is therefore transformed into a vast duotone landscape, bathing visitors in a light akin to that of a sunset.

Eliasson talked to art critic Hans Ulrich Obrist about the scope of his collaboration with other people on The Weather Project: “What we have in common, is that everyone understands that what they say is not a universal truth, but is always based on a construction. Someone might have something to say that is relevant in a certain context at a certain time, but there is no hierarchical system of truth…”. Eliasson then goes on to defend the power of creativity to counter formalization and its devastating effects.

In this work of art, the smoke and mirrors used to bring about the marvelous effect of a room filled with sunlight are clearly visible for anyone that cares to go looking for them. Yet most of us choose to accept the facts of the construction and to let ourselves enjoy the beauty of what could be called an illusion. We do this because Eliasson has succeeded to hint at a truth, much bigger than the facts of the lamps, foil, and scaffolding. By creating and controlling something that we know is ultimately forever out of our hands, we get to glimpse that detachment and make it our own again. 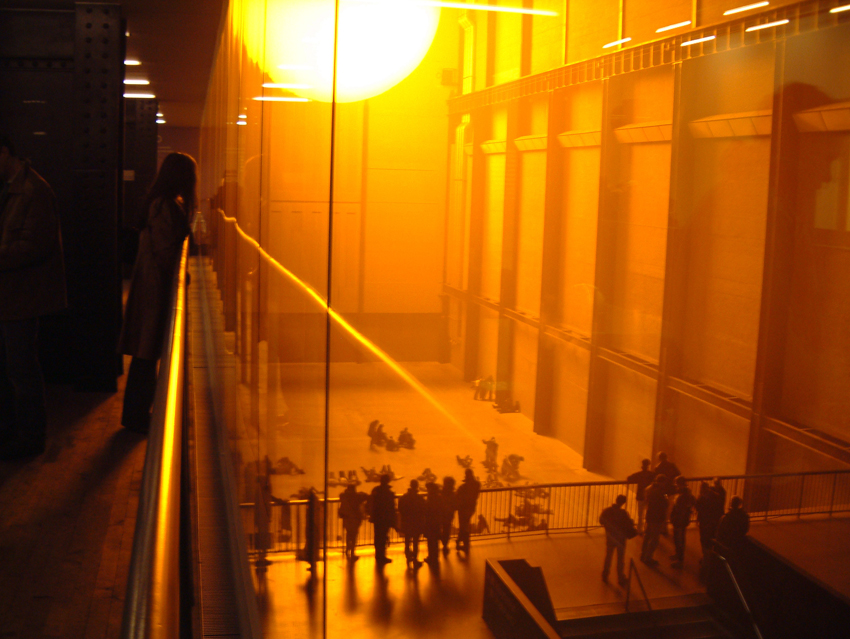 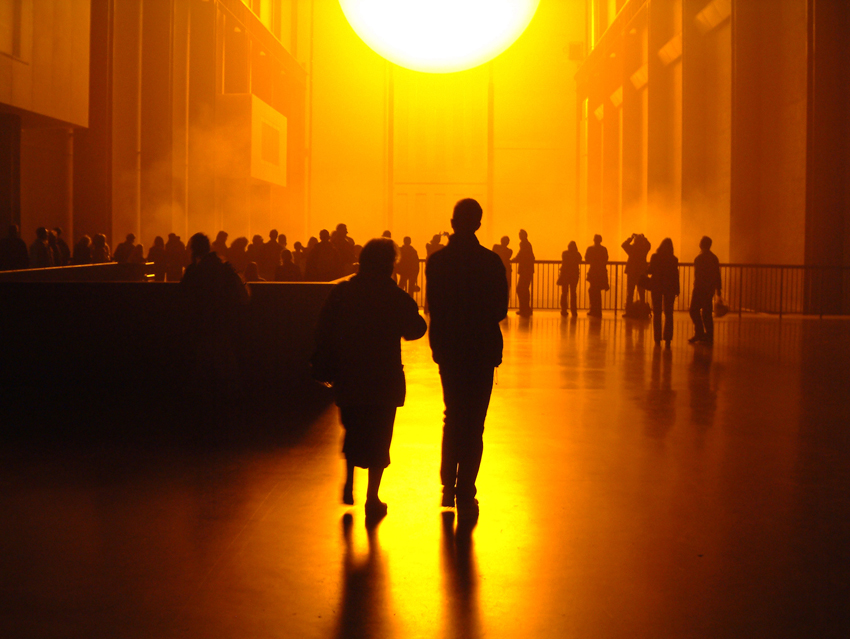 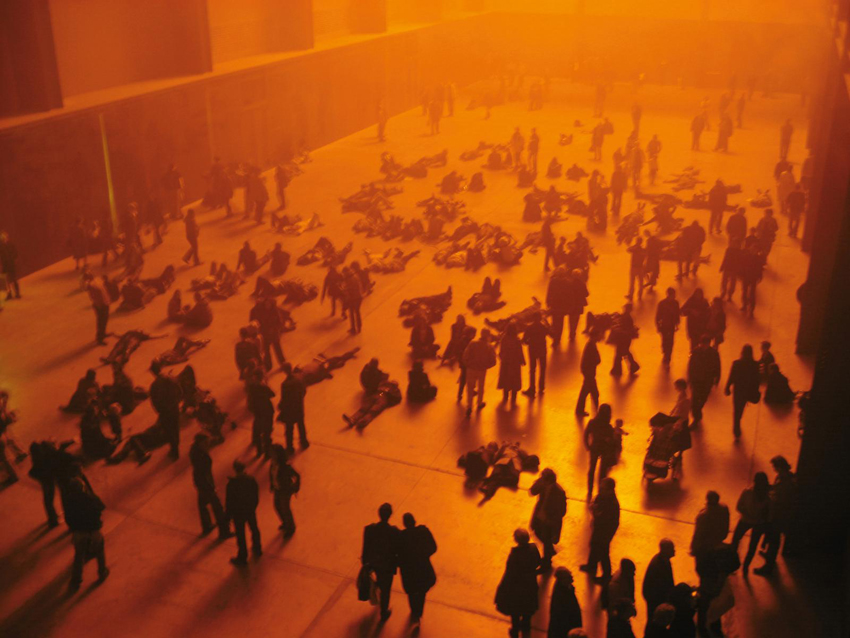 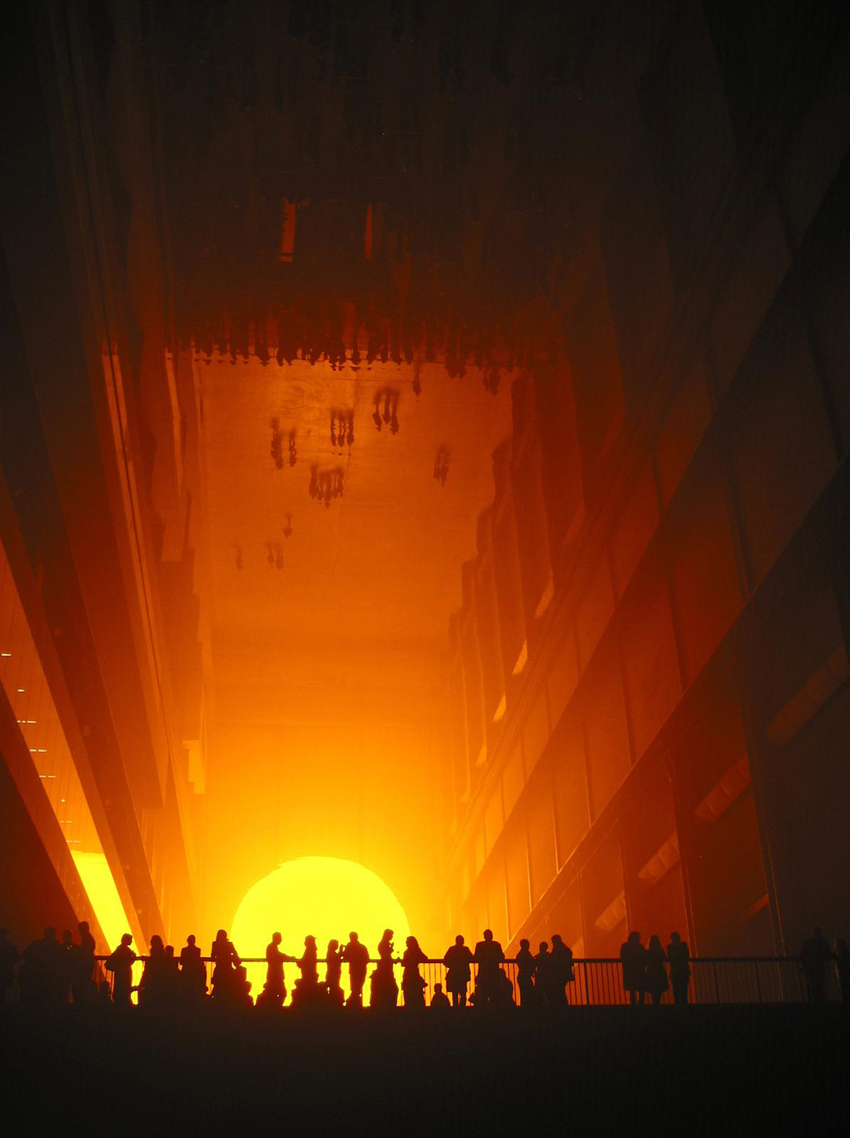