David Hockney’s A Bigger Splash is an invitation to dreamy thoughts of hot Californian days, with sticky air and the coolness of a plunge in the pool. It is understandable that it inspired both Jack Hazan in the 1970s with his documentary biopic of the artist, and more recently Luca Guadagnino who directed A Bigger Splash. Although the latter doesn’t have much to do with Hockney’s painting, it is very much filled with people sensually diving into swimming pools, glintering in full-beam sunlight. And this is exactly what Hockney depicts: a perfect Californian moment. 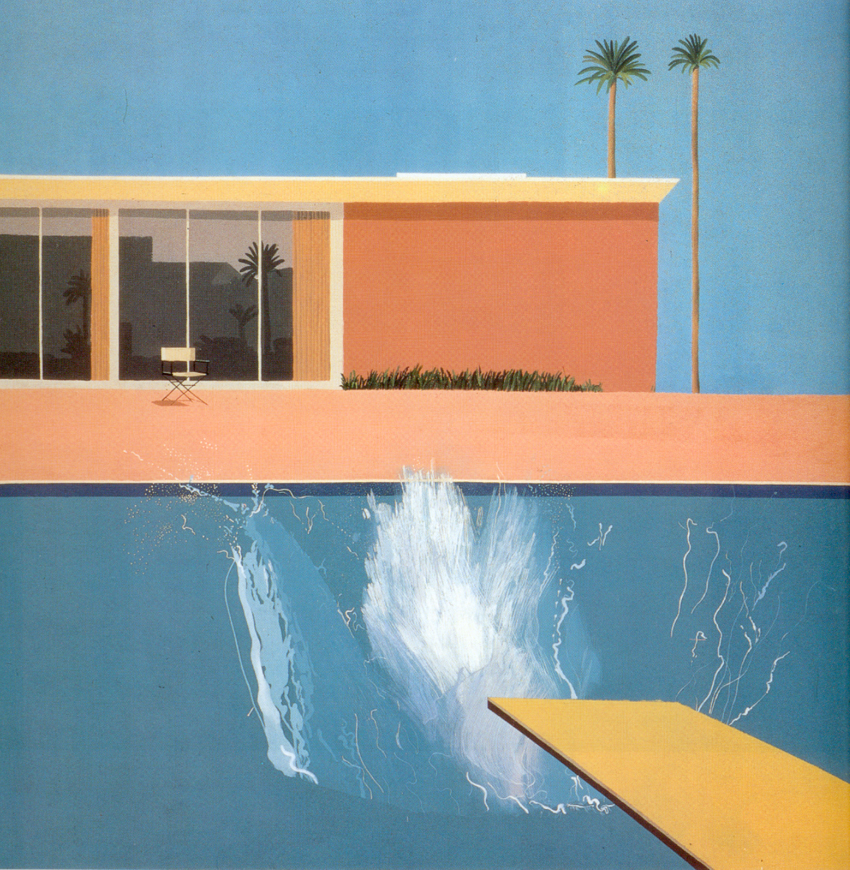 Hockney was born in England and studied there, but a visit to California gave him a taste of a sunny climate with a more relaxed lifestyle. He first moved to Los Angeles in 1964 – and settled there for good in 1978 after returning to London and living some time in Paris. California was the inspiration for his swimming pool series that were painted between 1964 and 1971, in which Hockney tried in numerous ways to capture and represent the constantly changing surface of water.

A Bigger Splash is of course one of these swimming pool portraits, but what far fewer people know is that it is also one of his three ‘splash’ paintings. The Splash and Little Splash were both completed in 1966 and are of smaller size than A Bigger Splash. Hockney said to be fascinated by the temporarily of a jump in the water: “…I loved the idea of painting this thing that lasts for two seconds; it takes me two weeks to paint this event that lasts two seconds. Everyone knows a splash can’t be frozen in time, so when you see it like that in a painting it’s even more striking than in a photograph.” (David Hockney cited in David Hockney by David Hockney, London 1984, p. 126)

Sunny L.A. had not only an influence on the content in Hockney’s paintings, but as well on his technique. Hockney was one of the first artists to make extensive use of acrylic paint, which was then a relatively new medium. He felt that it was more suited to depict the hot and dry landscapes of California than traditional oil paints. 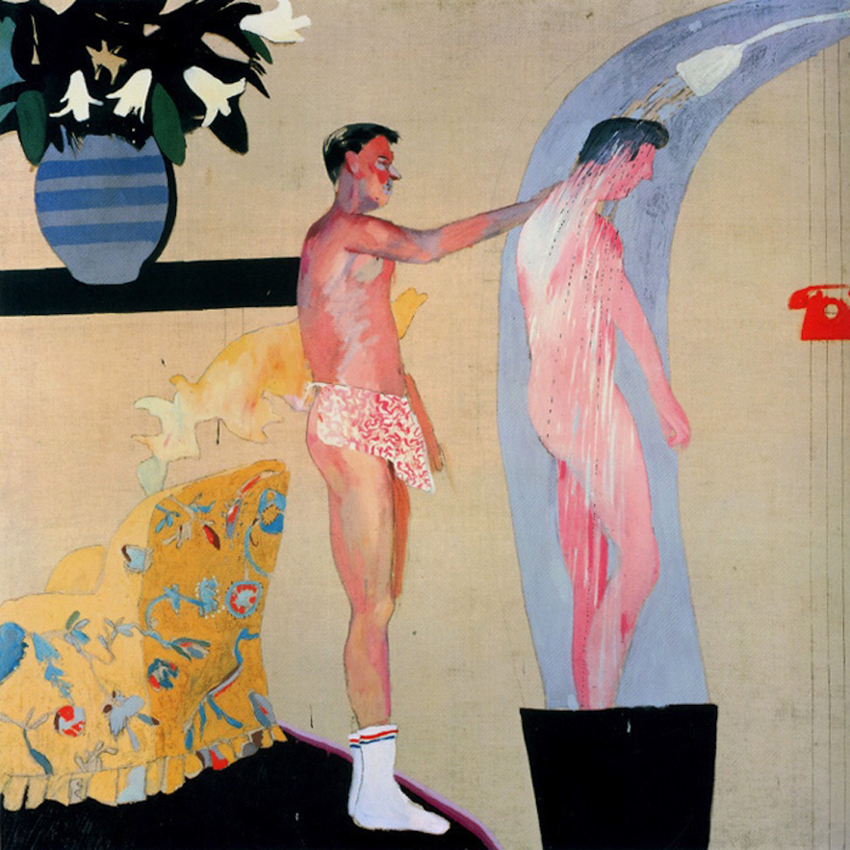 Recurring themes in Hockney’s overall work are portraits of family and friends, bungalows and their gardens, parks with palmtrees, modern interiors, and, of course, swimming pools. The artist is often associated with Pop Art, not specifically because of his art, but in particular because of himself as a public figure, a pop star almost. Hockney is not afraid of the media and he was publicly very open about his homosexuality. As his works are largely biographic, homosexual scenes reappear and allusions to gay porn are never too far away. As in Domestic Scene, where one man washes the back of another man. And even here, in this shower scene, Hockney’s interest for water reoccurs.