Masks, seeds, mushrooms, fertility, hands, fire (…): the protagonists of Martin Belou’s Théâtre Américain are halfway between two extremities. On the one hand they convey without a doubt an imagery of Shamanism, Alchemy or other pre-scientific systems of thought and knowledge. That’s the symbolic aspect of Belou’s work.

Yet, there’s another level. Indeed, these terms could belong to the “work” semantics. “Work” as production of heat (fire and smoke play an important part in Belou’s practice) or as a series of technics. We’re then beyond a mere symbolic level; it’s efficient: the heat of the plasma gun cut the metal, the smoke tints the plaster, hands leave a print, and  plants grow. The title thus becomes meaningful. Le Théâtre Américain is the name of the place where the studio is. The show is then a logbook: what has been produced since Martin Belou entered the studio last January; or even “What has this place produced?”

While the patterns tend to remind us of some primitive mythologies and refer to an exotic place, the production of the objects comes from a very real craftsmanship. It’s the materialistic aspect of Belou’s work.
But the gallery is not a mere copy of the studio. The studio products must be rearranged and staged. The metal curtains divide the space and lighten it; a proscenium stage supports a series of sculptures and plaster columns turn the whole into a ceremony. How then to keep the actuality of the studio’s accumulated energy? How to share it while the smoke smell fades away? It’s not by chance that the visitor must pass through one of the shiny curtains to visit the show. It’s a threshold, one of the most important elements. It refers to a whole part of Belou’s practice that may, at first, look invisible here. It could be called “conviviality”. In parallel to his artistic work, Belou ran an non-for-profit space called “De La Charge” between 2011-2012. Could it be considered as the premise of a series of participatory pieces, where the visitor becomes a guest: meal, bath, wellness…? Thanks to the threshold, space becomes place. The studio as a place to live is to be experimented in a admittedly transposed, yet still physical way. For instance, the plaster coins evoke a cooking process (of bread) arousing a subconscient reflex of “manducation”. Dried mushrooms and squashes laying on a table evoke “commensality” in a space usually devoted to the superficial passage of gazes.

Martin Belou, a reader of Bachelard, could relate to this quote:

“The Novalis complex is characterized, by a consciousness of inner heat which always takes precedence over a purely visual knowledge of light. It is based upon a satis- faction of the thermal sense and the deep-seated consciousness of calorific happiness. Heat is a property a possession. It must be guarded jealously and only given as a gift to a chosen being who merits its communion in a reciprocal fusion. Light plays upon and laughs over the surface of things but only heat penetrates.” (in The Psychoanalysis of Fire) 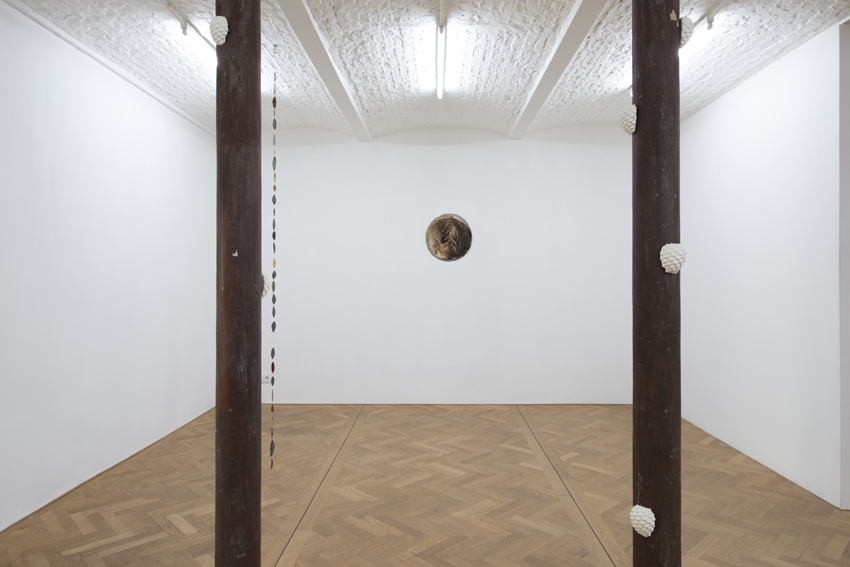 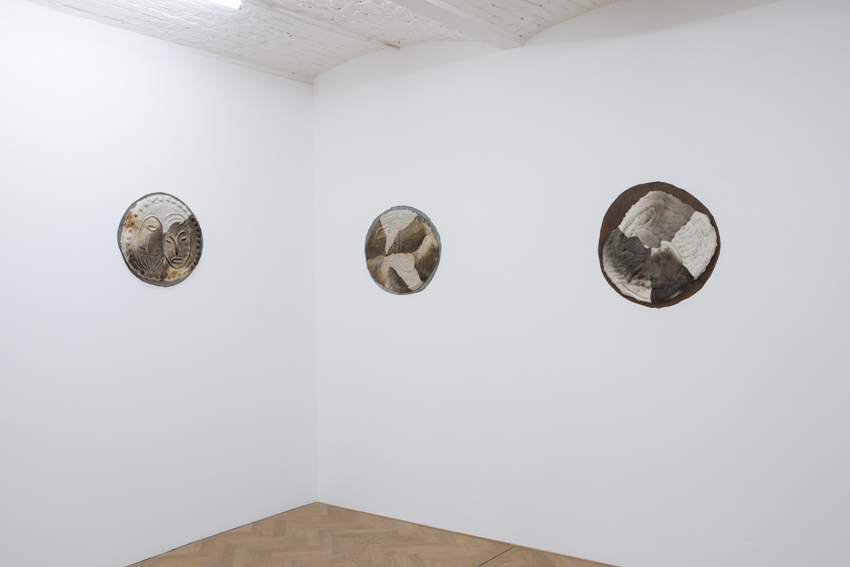 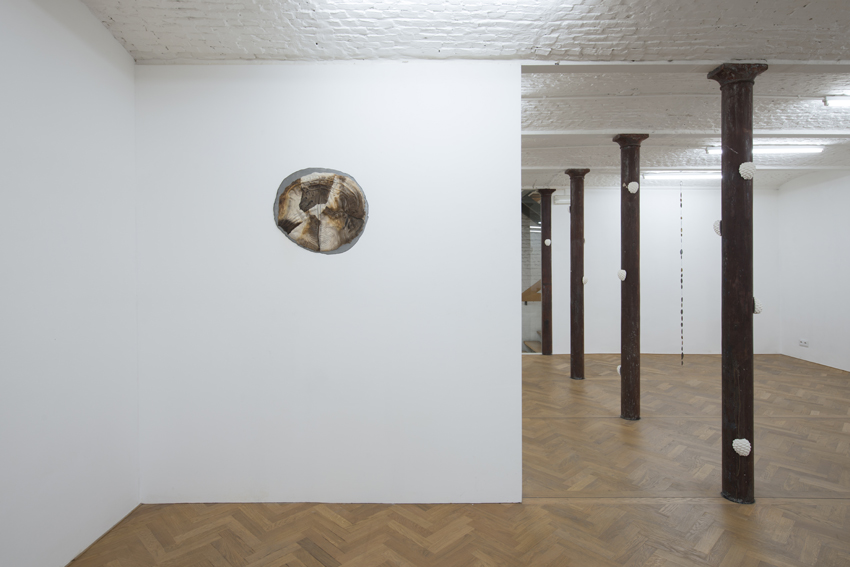 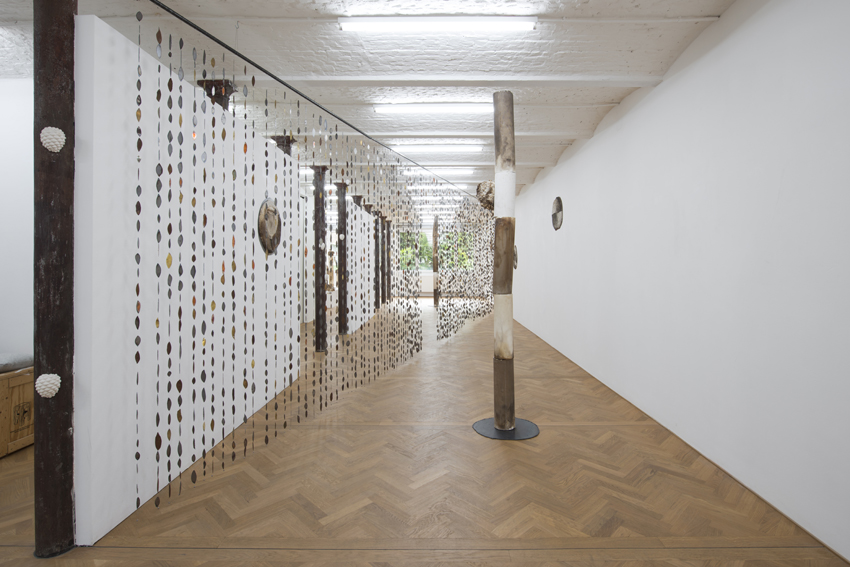 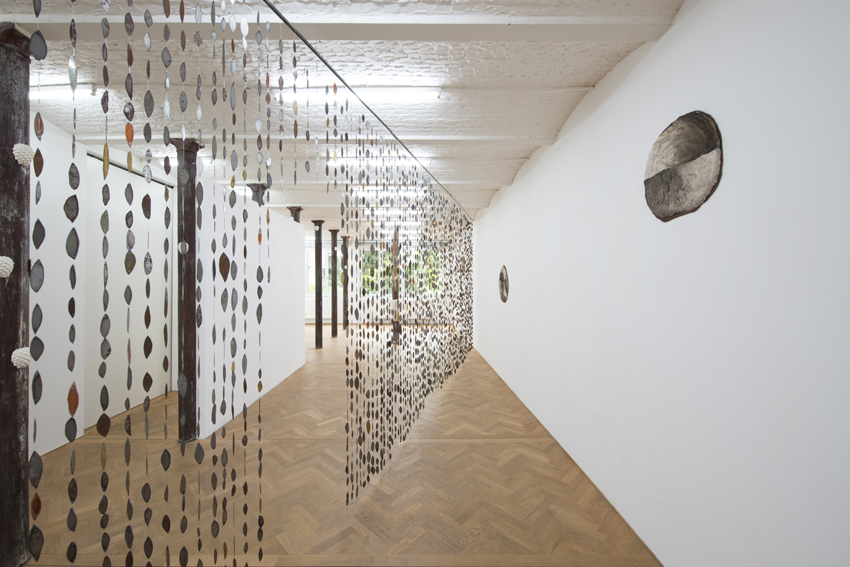 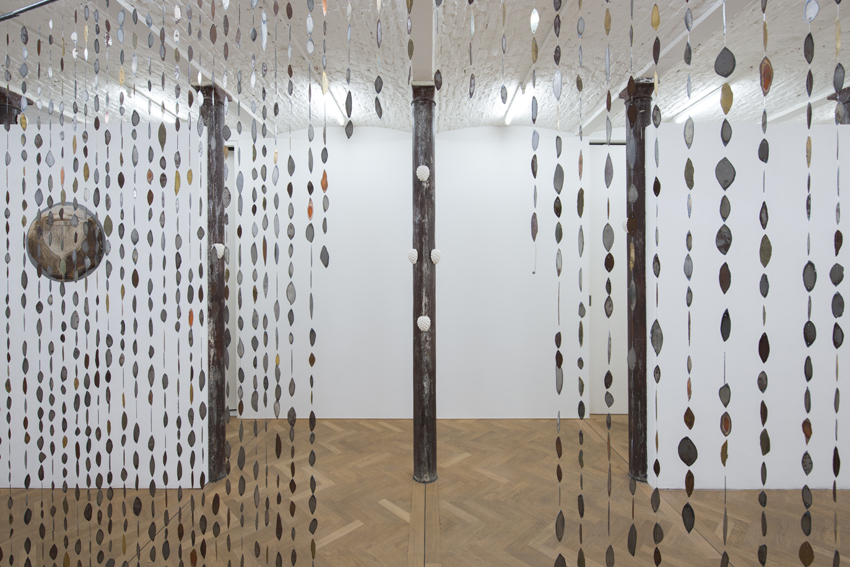 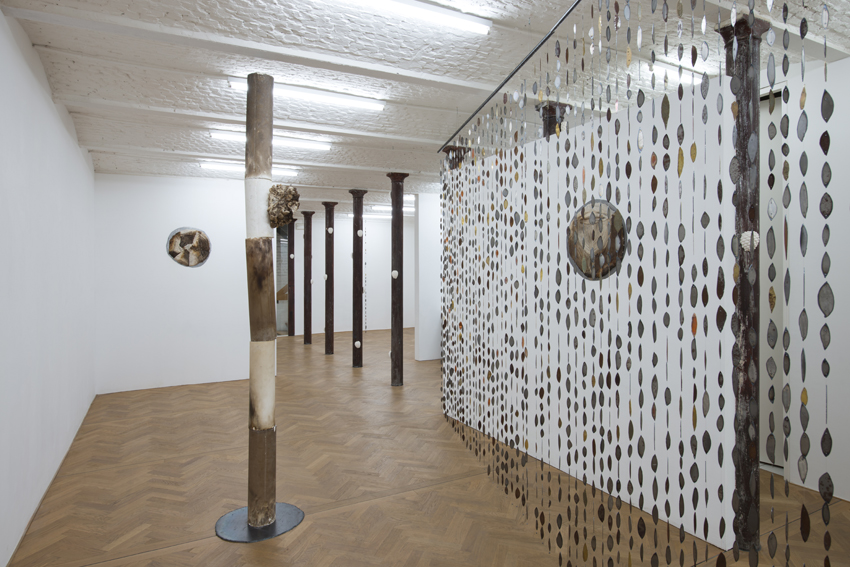 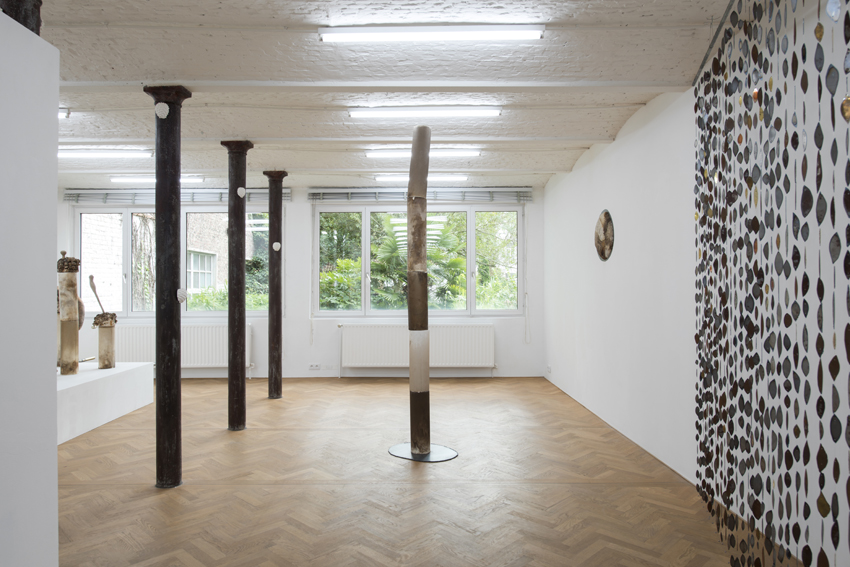 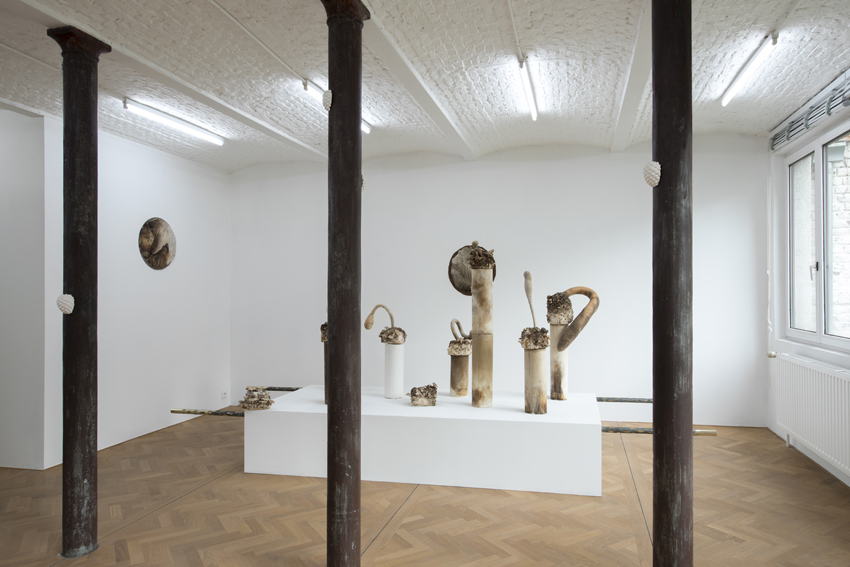 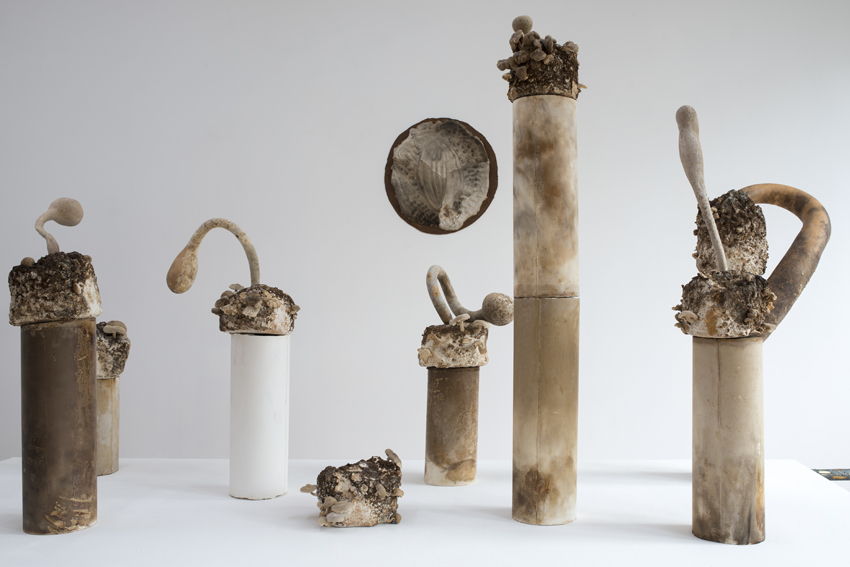 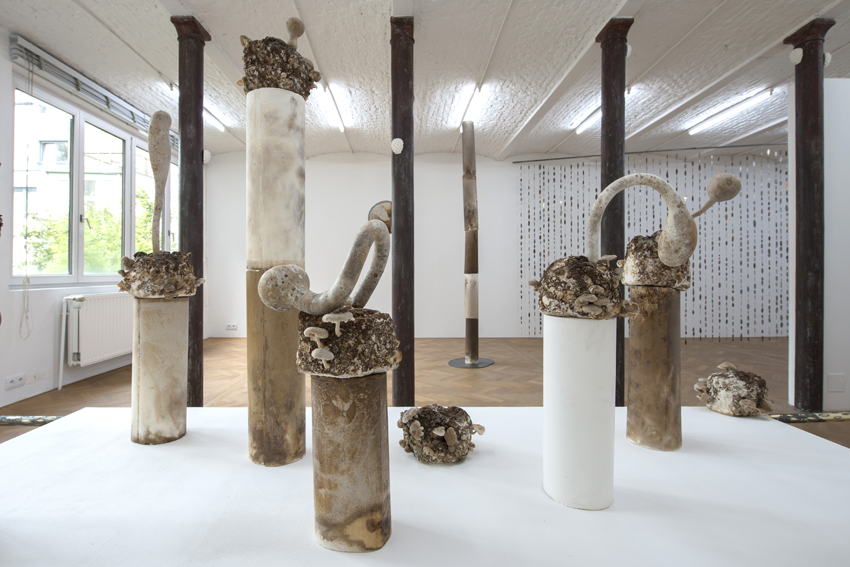 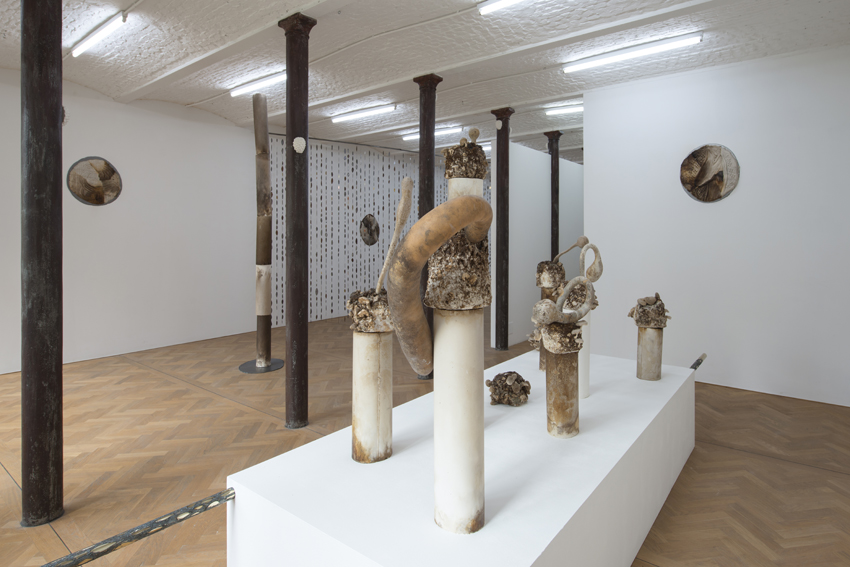 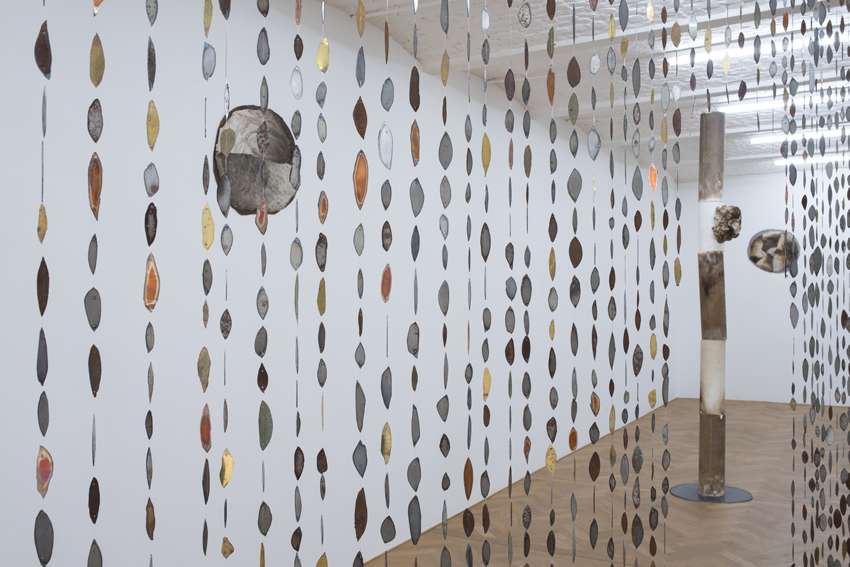 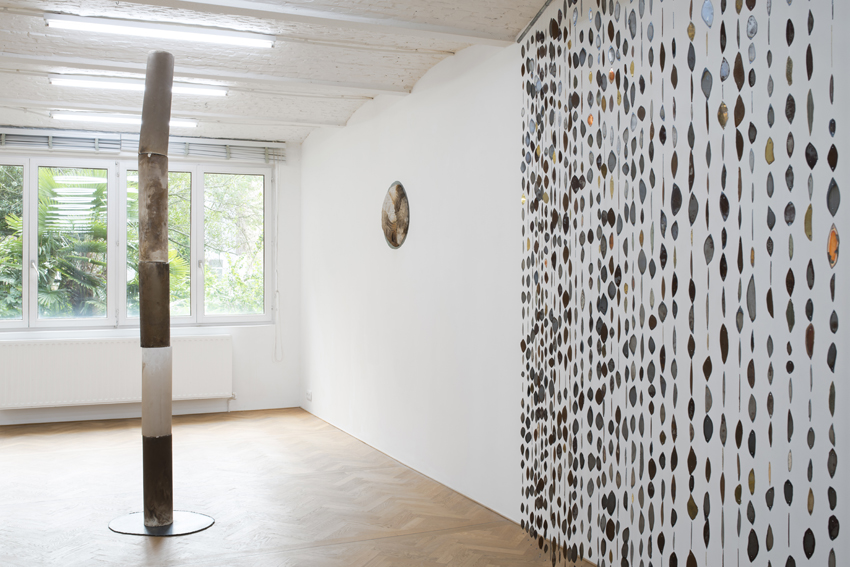 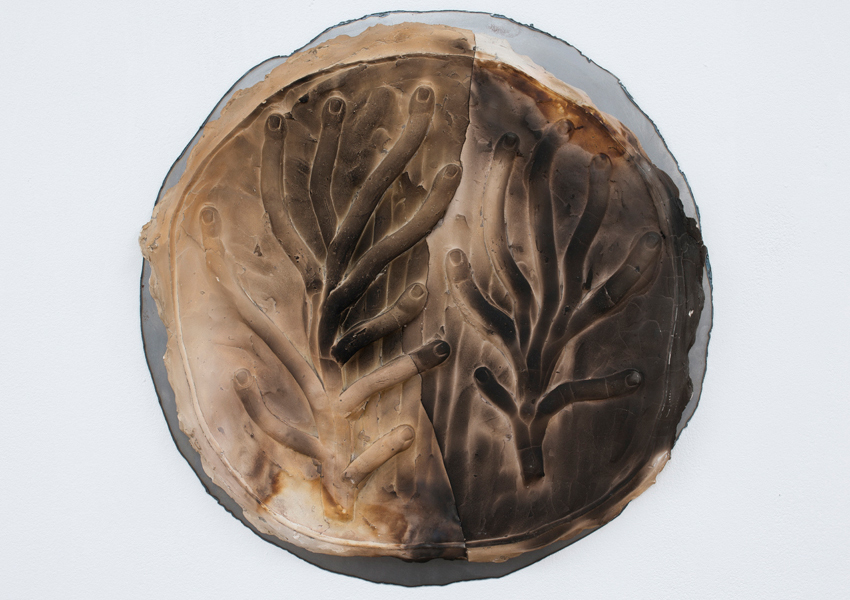 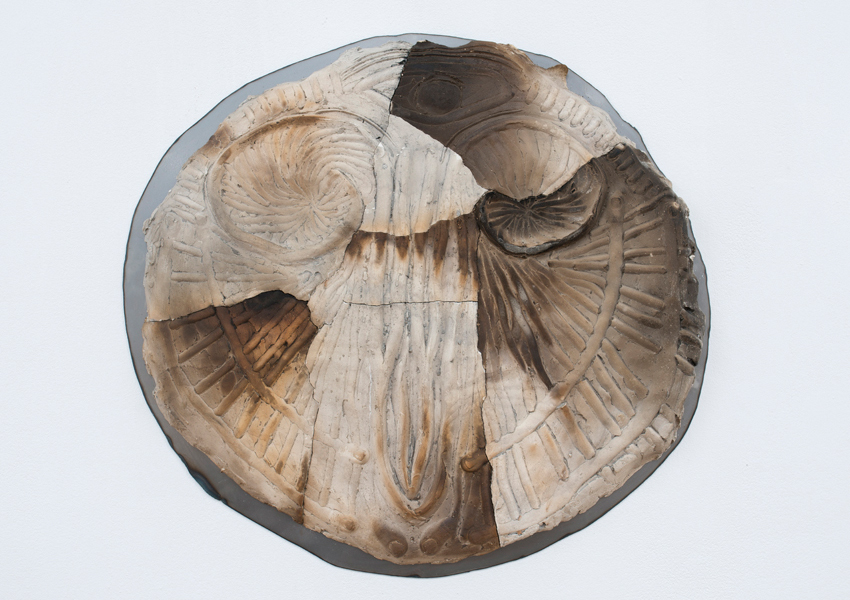 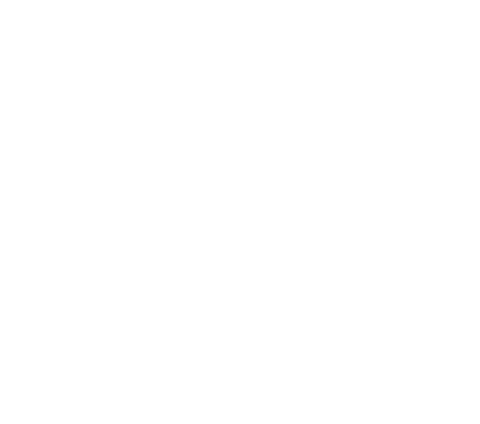