Due to his unceasing fascination and love for the things surrounding us, Martin Belou searches for recognizable objects and phenomena in nature. The common factor in Belou’s collection often appears to be the influence of time and space and their sculptural consequences. Despite their ephemeral nature, processes like smoke or disintegration leave permanent traces. Belou, who developed a sensibility for materials, forms, smells and colours, integrates these traces in his palette, with which he slowly but surely paints a new atmosphere.

In CIAP, the exhibition Objects, Love and Patterns  functions as a laboratory, in which Belou provides his guests a playful assemblage of stones, steam and gas all carefully presented on a large metal table that connects the various rooms of the exhibition space. The artist collects and manipulates, but at the same time he lets the phenomena play their own game; nature improvising. In the balancing act between sculpture and performance, Belou creates a fully synaesthetic experience.

The artist collects his objects not only based on their inherent qualities. In the rooms of the former provincial council hall of Limburg, Belou also aspires to reactivate feelings of domesticity, commonality and community. In this way, a new group of people arises from his collection, united around ancient cultural rituals that have never ceased to exist and simmer deep within our collective memory. 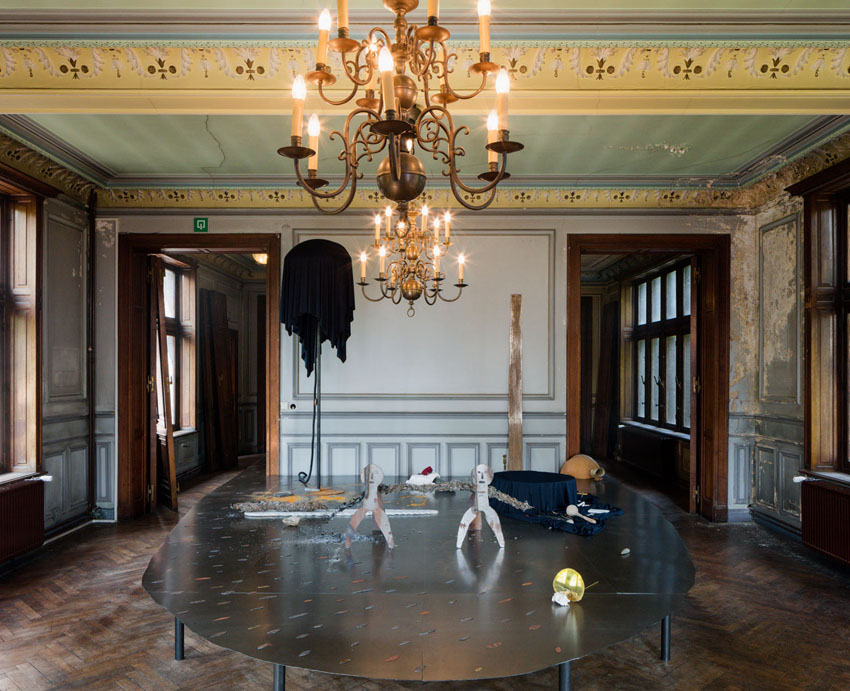 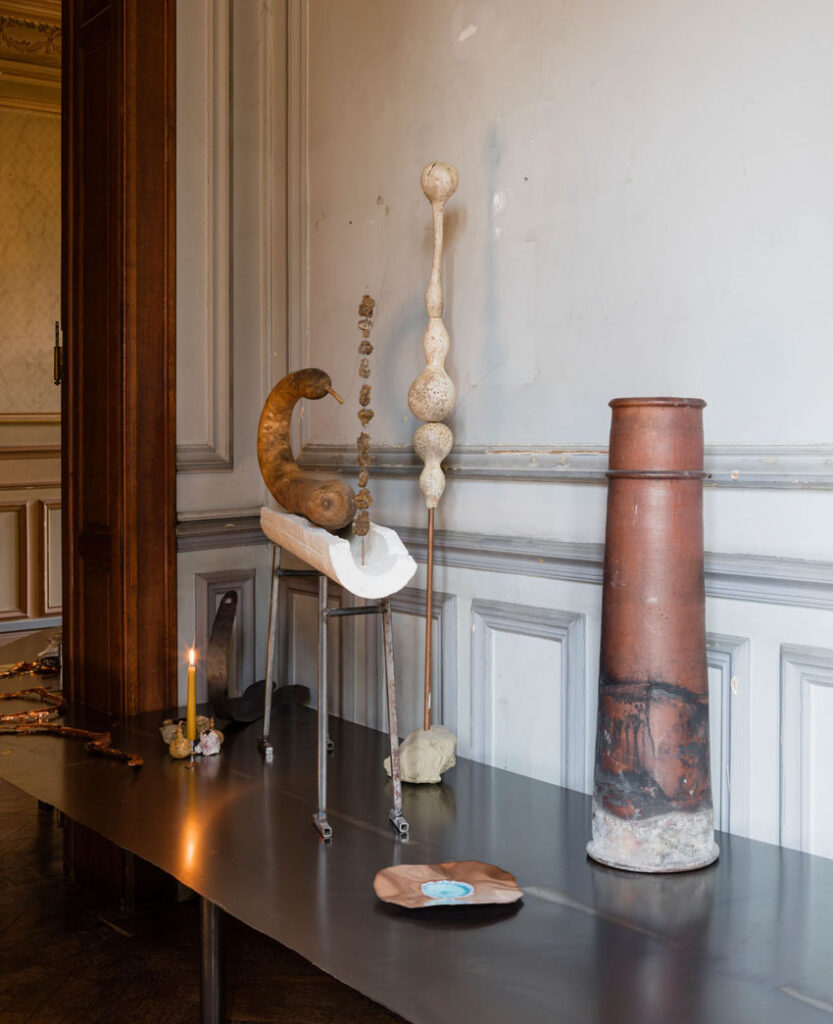 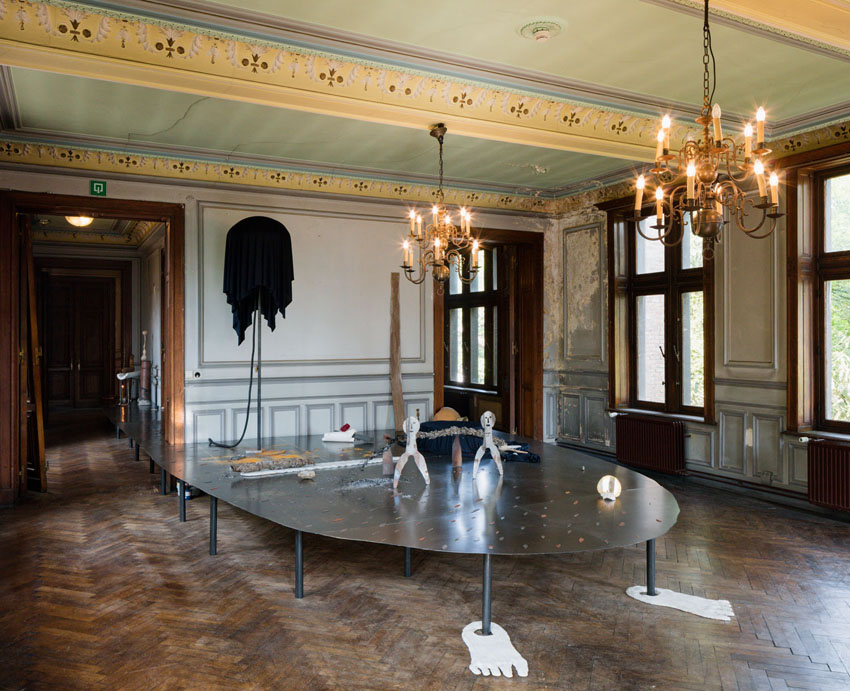 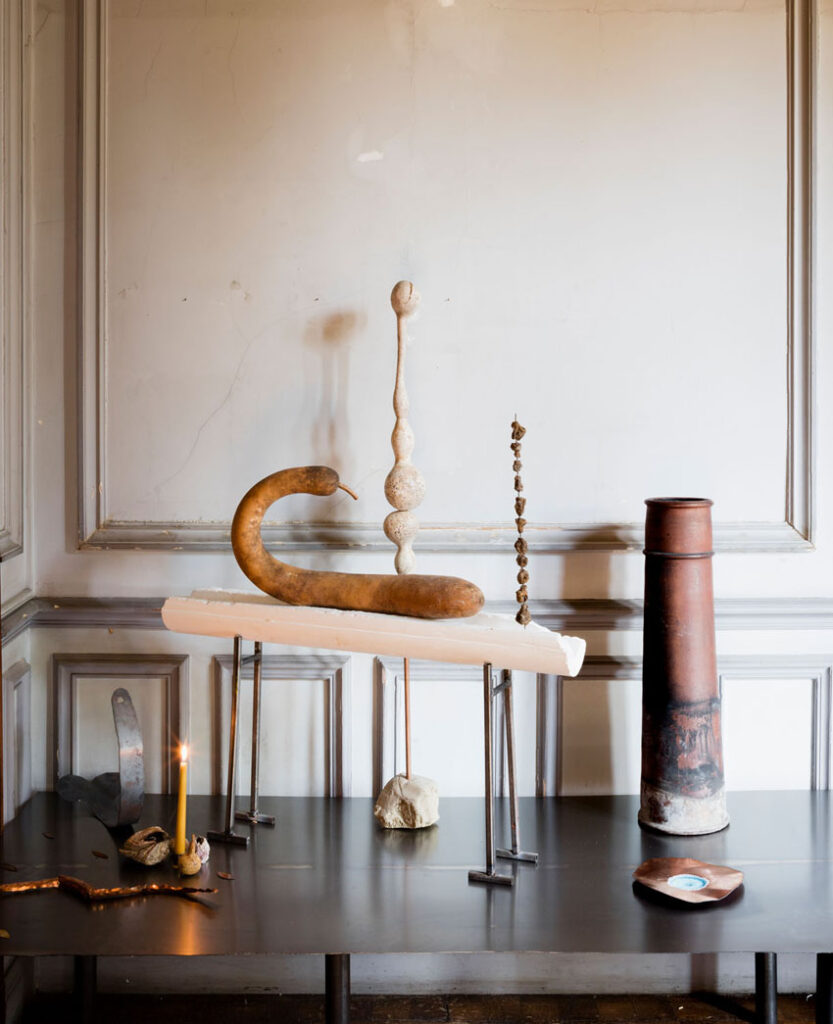 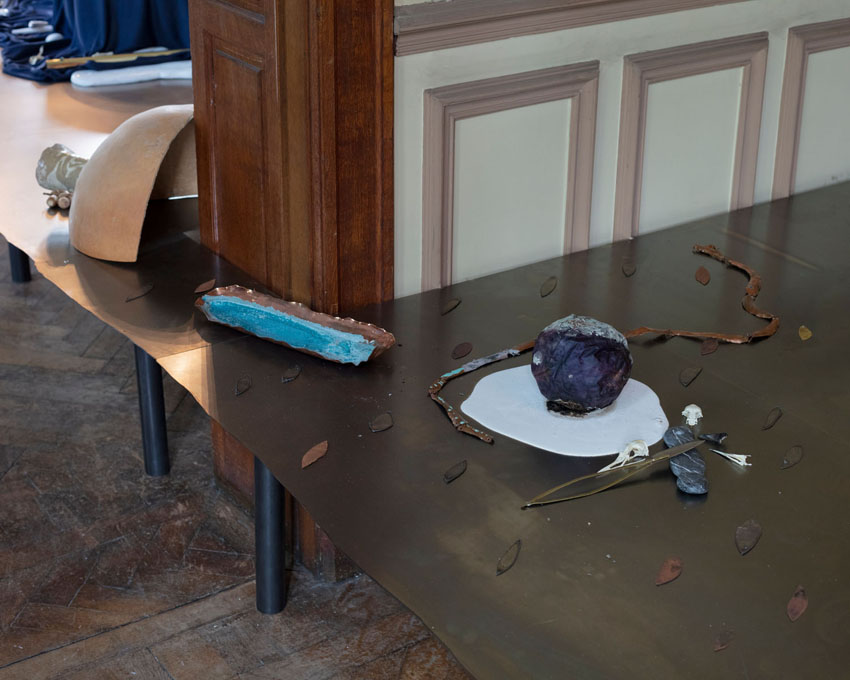 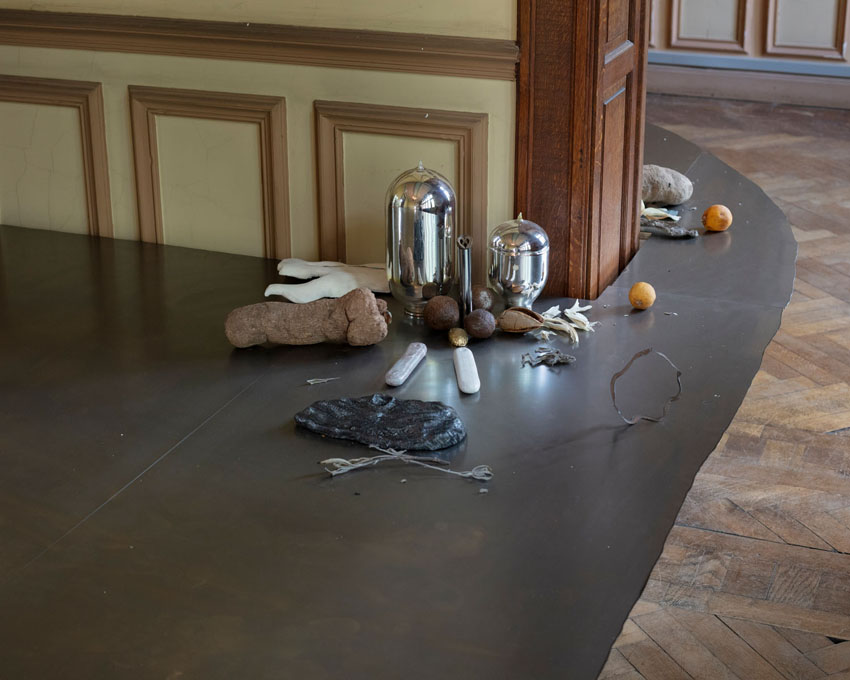 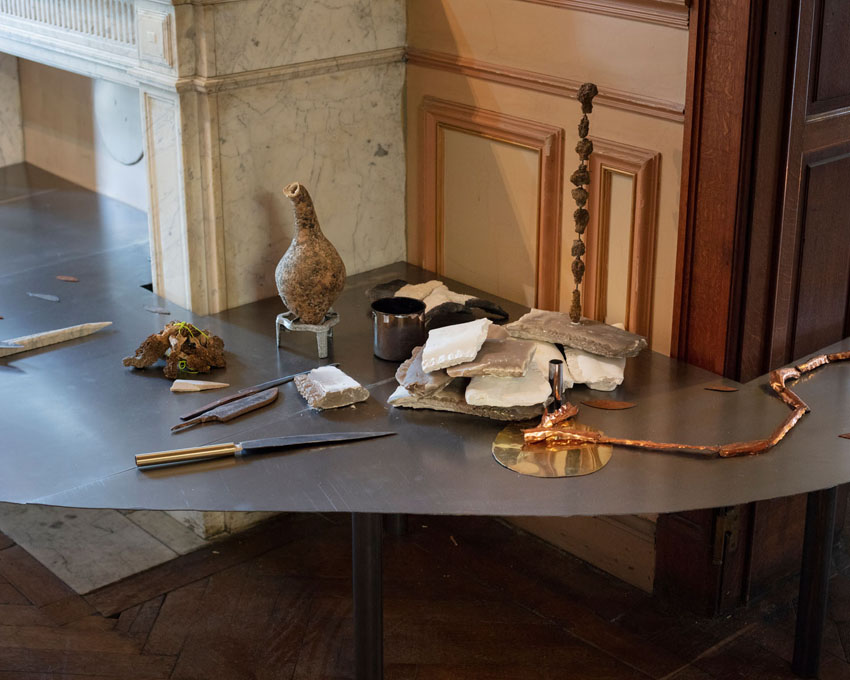 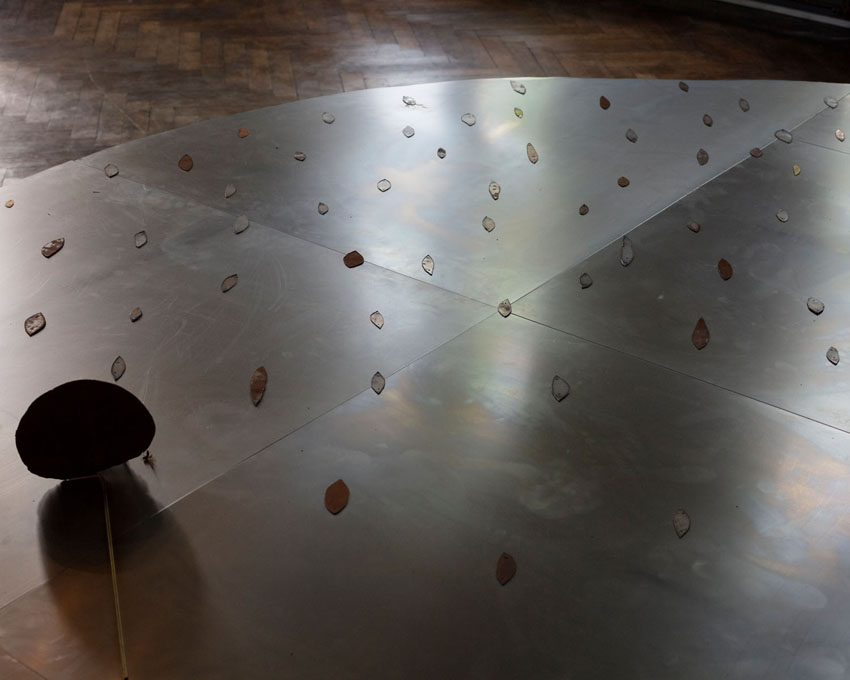 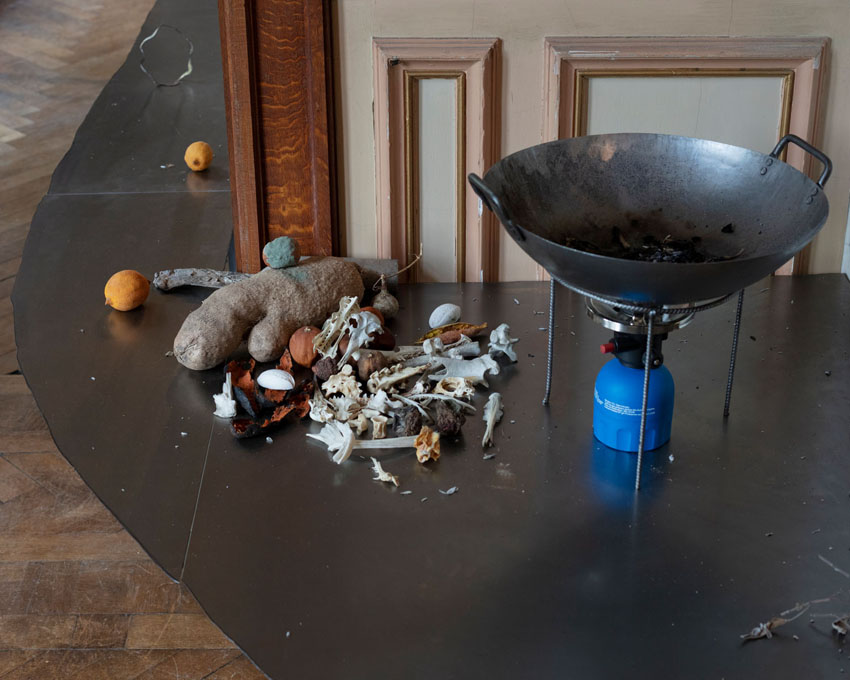 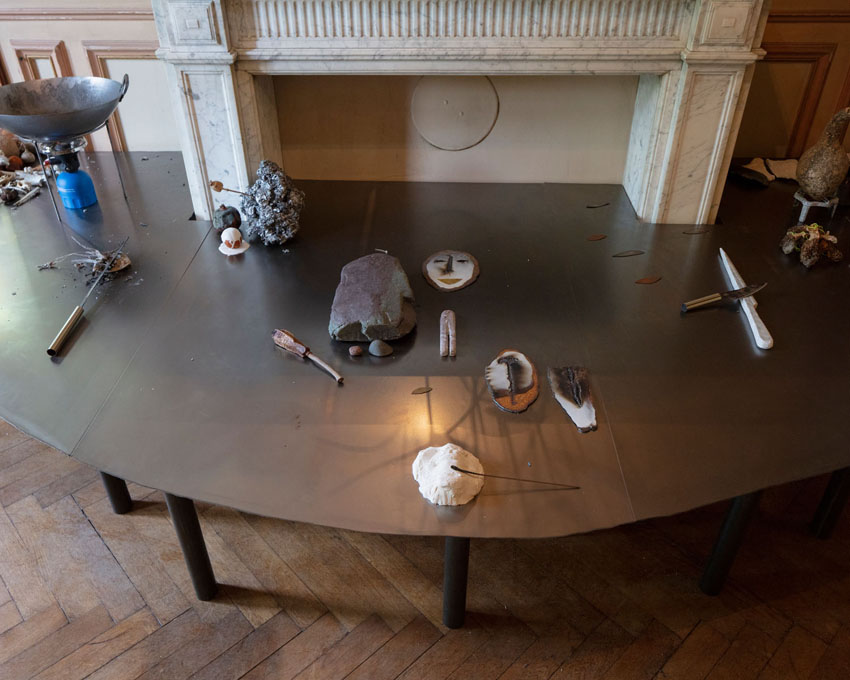 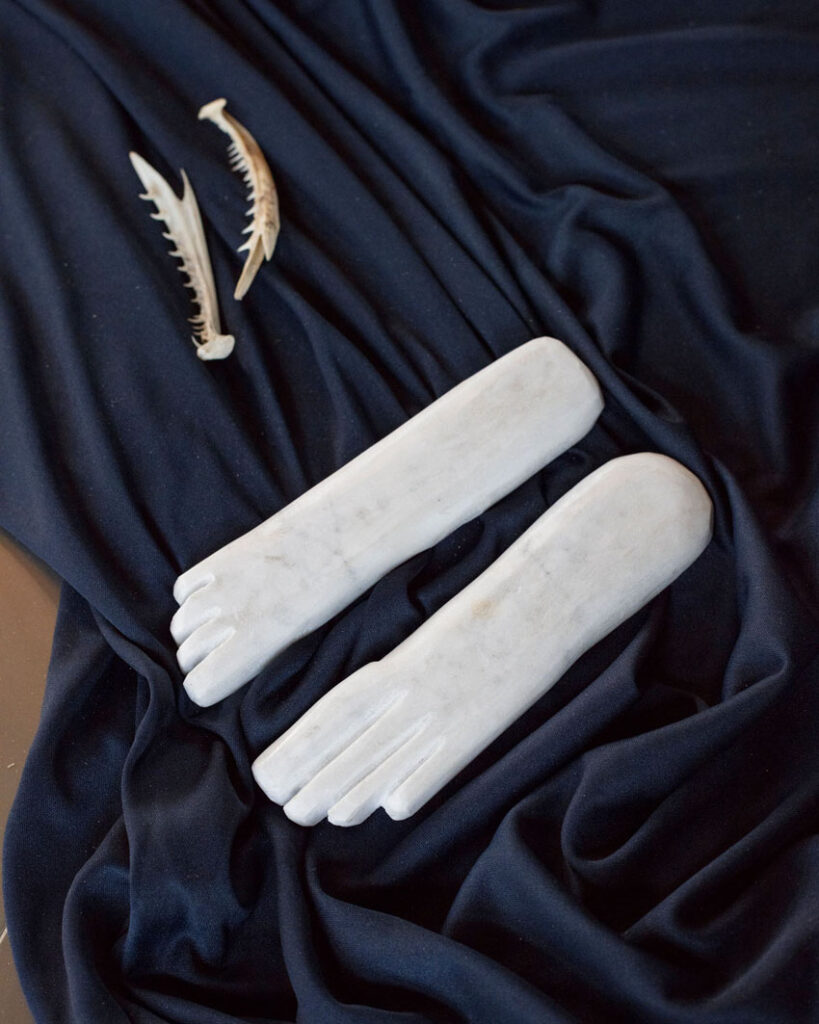 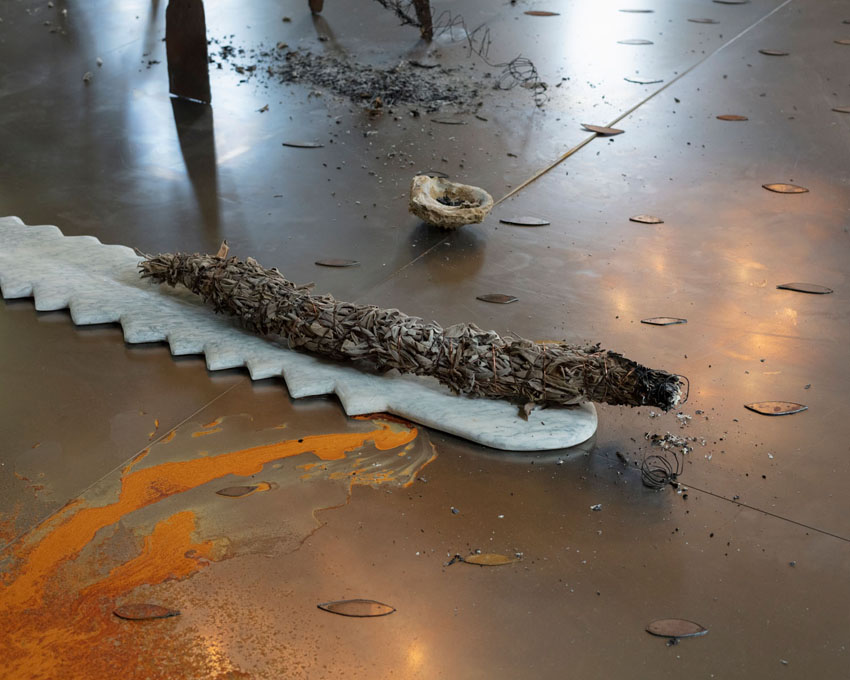 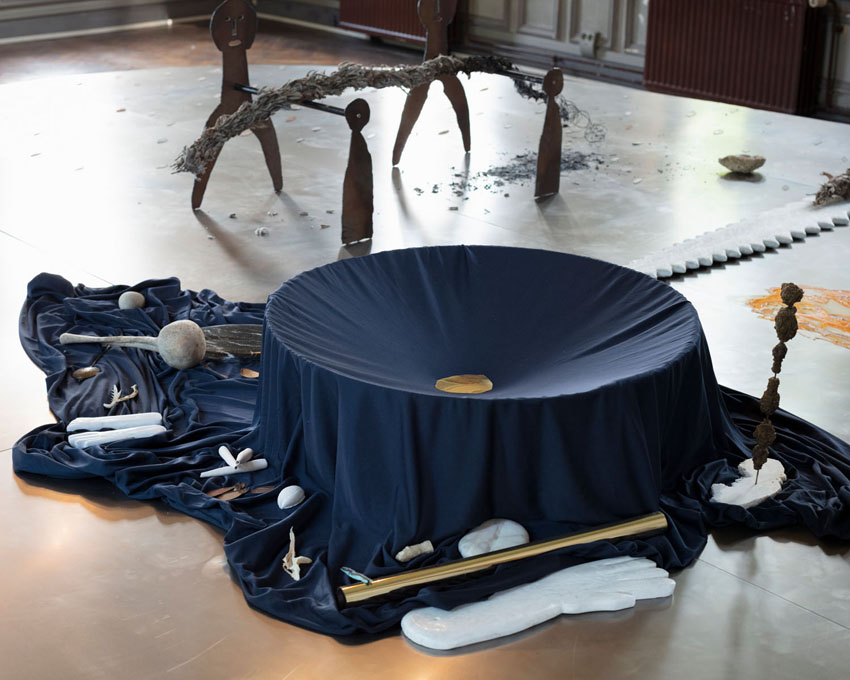 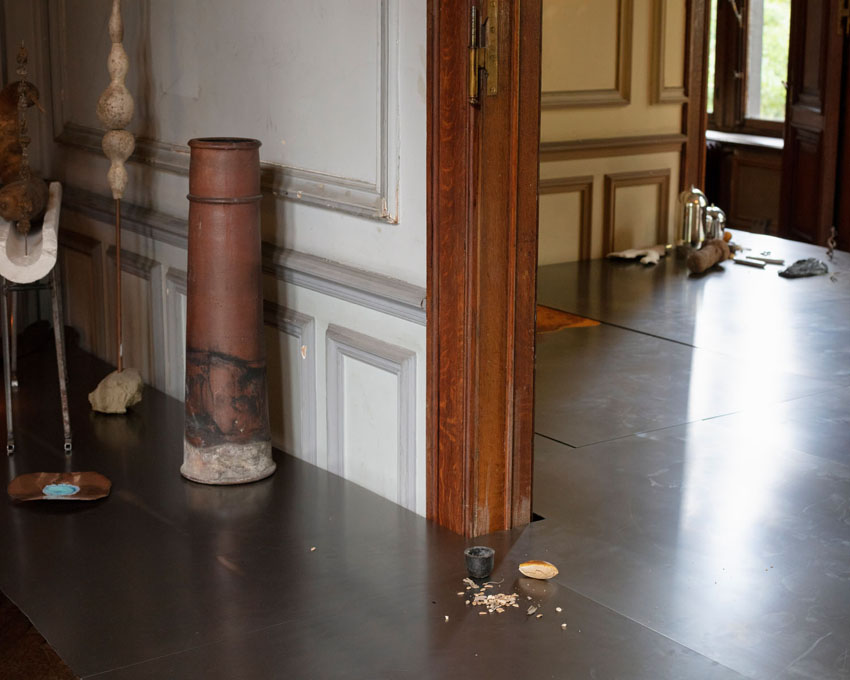 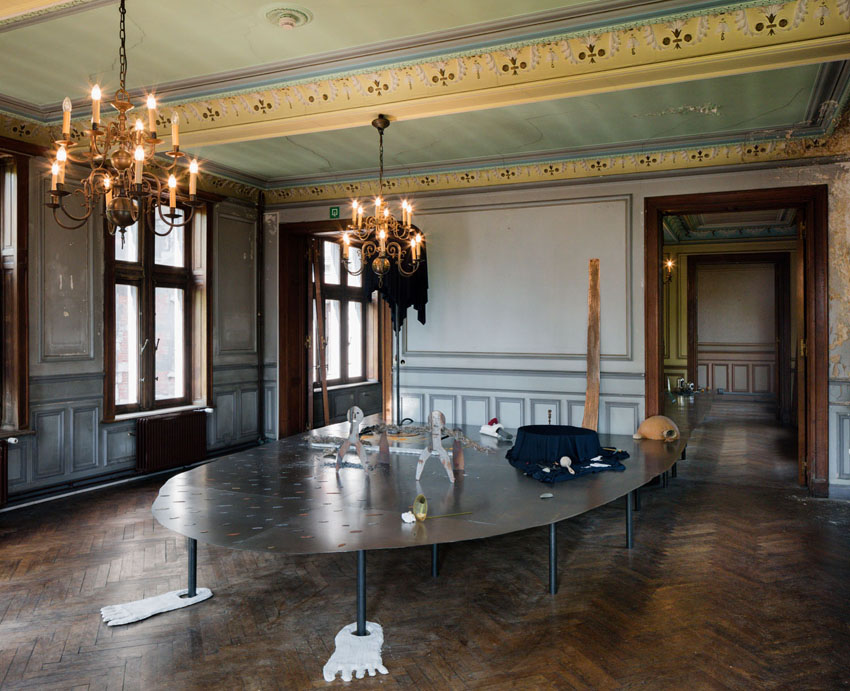