double take (noun): a delayed reaction to a surprising or significant situation after initial failure to notice anything unusual – usually used in the phrase ‘do a double take’an act of quickly looking at something that is surprising or unusual a second time after looking at it a moment earlier. 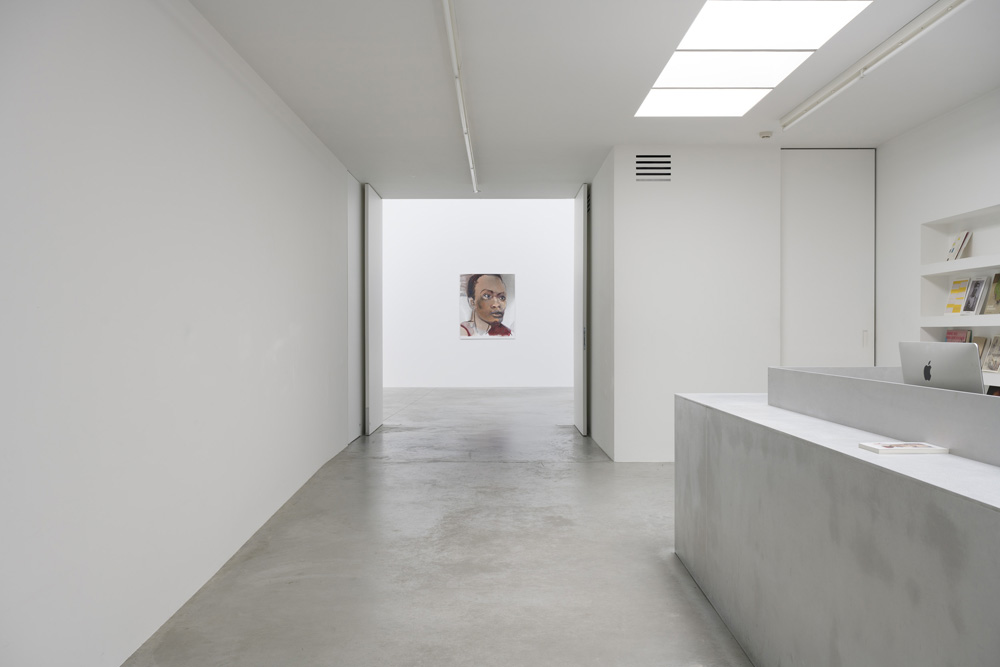 For more than thirty years already, Marlene Dumas has used her paintings and drawings to touch upon existential subjects that often refer to art-historical motifs and topical political subjects. She has been inspired by images found in magazines and newspapers as well as by personal photographs which she has taken of her loved ones. Through her work she tries to explore the social, psychological and emotional aspects of images.

The title Double Takes refers not only to the relevance of taking a second look at something, but also to the importance of ambivalence and of mutual influence. In addition, Double Takes suggests that the exhibition can be divided up into two themes. Some of the works were inspired by – and are also in the spirit of – Charles Baudelaire’s Le Spleen de Paris. Other works consist mainly of portraits of people from the artist’s immediate surroundings as well as of portraits of ‘icons’.

Some time ago Marlene Dumas was asked by the writer Hafid Bouazza to illustrate his Dutch translation of Charles Baudelaire’s Le Spleen de Paris. A few years earlier she had created pictures for his translation of Shakespeare’s Venus and Adonis, pictures which David Zwirner exhibited in New York in 2018 in the exhibition Myths & Mortals. While Shakespeare’s poem foregrounds eroticism, melancholy and the passing of time are central in the works now on display in the gallery. Baudelaire’s most famous collection of poems, Les Fleurs du Mal, was immediately censored upon publication on account of its contents, which were considered immoral and scandalous. Le Spleen de Paris, which the poet worked on for ten years, appeared posthumously. It is closely related thematically to his previous publication: mortality, the hustle and bustle of city life, crowds, and the pleasures of the flesh are all dealt with in a morbid but humorous style.

Some of the paintings in the exhibition freely depict the characters and objects from these fifty prose poems, such as Le Désespoir de la Vieille and Le Joujou du Pauvre. The painting Bottle attempts to represent the contradictions so inherent to Baudelaire’s worldview: “In this reduced world, so full of disgust, just one familiar object consoles me: the phial of laudanum, old and frightful mistress – and like all lovers, alas, abundant with caresses and betrayals”. (The Double Room, translation Martin Sorrell).

Other paintings, such as The Making Of, Time and Chimera and The Origin of Painting, rather represent imaginary figures or abstract moods even, states of mind inspired by the stories. Chance played an important role in these large works: Dumas placed the canvases on the floor and let the paint interact with the surface in an unpremeditated manner. On account of their genesis, and in formal terms too, the works follow naturally from her ink drawings. For its part, Jeanne Duval is a portrait of Charles Baudelaire’s Haitian lover and muse, to whom he devoted several poems in this series and who was famous for her luxuriant hairdos.

The other group of works consists mainly of portraits of people from the artist’s immediate surroundings as well as portraits of ‘icons’. For instance, Dumas painted the famous Nefertiti Bust, on display at the Neues Museum in Berlin. What is special about this bust are the colourful pigments on the porous limestone and the missing inlay in the left eye. Lady of Uruk depicts the ‘Mask of Warka’, which dates from 3100 BC and is believed to be one of the oldest representations of the human face. The marble face is in the National Museum of Iraq and probably represents a goddess. Portraits such as Helena and Eden and Shèrkènt and Eden bear witness to the intimate bond between the artist and the portrayed: they are her daughter, son-in-law and grandson.

The painting reproduced on the invitation, De acteur, is a portrait of the Dutch actor Romana Vrede. In 2017 she won the ‘Theo d’Or’ acting award, whose winners receive a portrait by an artist of their choice. Vrede thus contacted Dumas, who ultimately made not one, but five portraits of the actor. Two of these paintings are included in this exhibition. They show Vrede’s versatility: The Performer shows the actor on stage, while De acteur emphasizes the androgynous expressivity of her face.

Lastly, the exhibition also includes works that connect both categories more explicitly. For instance, Hafid Bouazza is related to Baudelaire, but it is also a painting of a good friend. Likewise, the rat that features in Baudelaire’s poems can also serve as a symbol of the current pandemic. All paintings are related to different individuals: the writer, the actress, but also the gallerist. Dumas connects all the works in one way or another – to see how, you might need to do a double take. 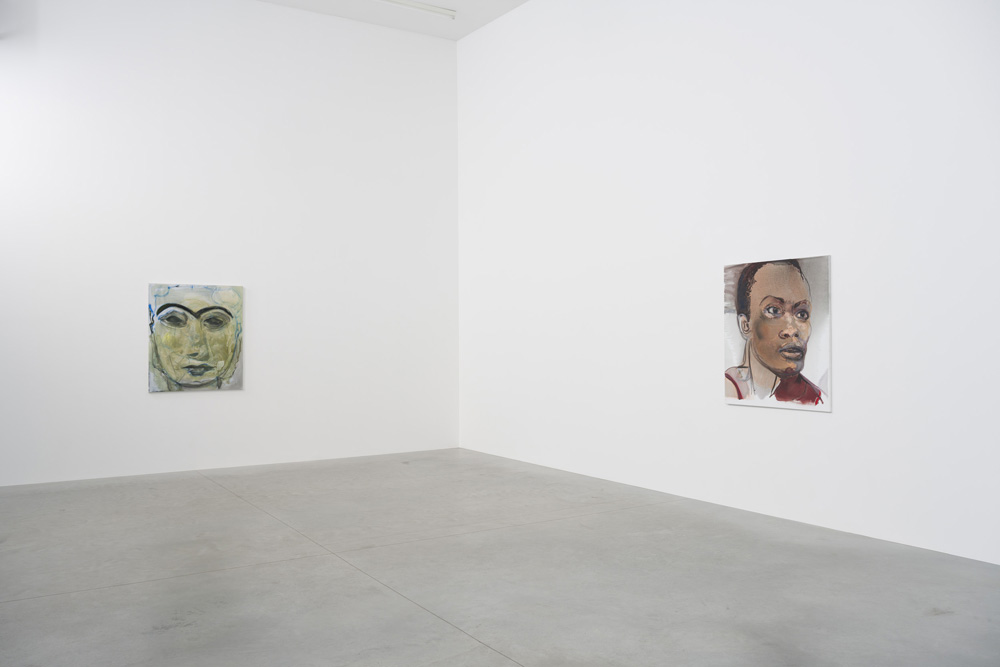 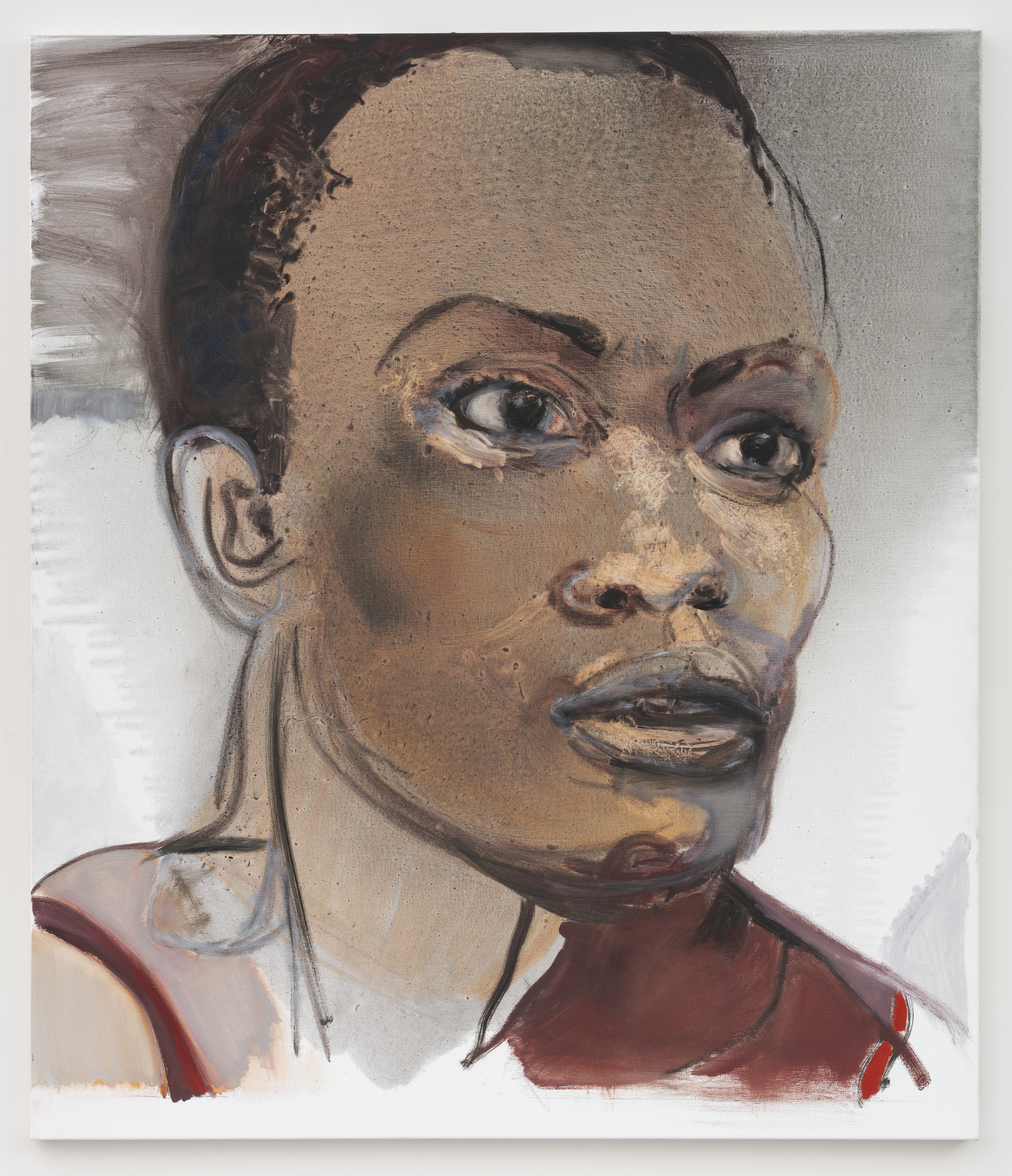 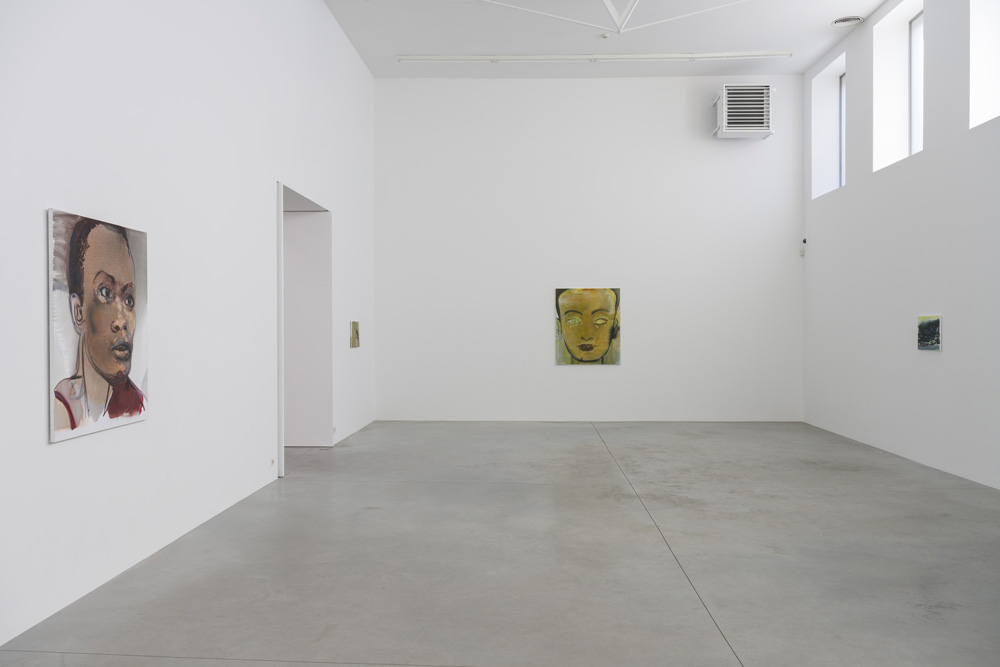 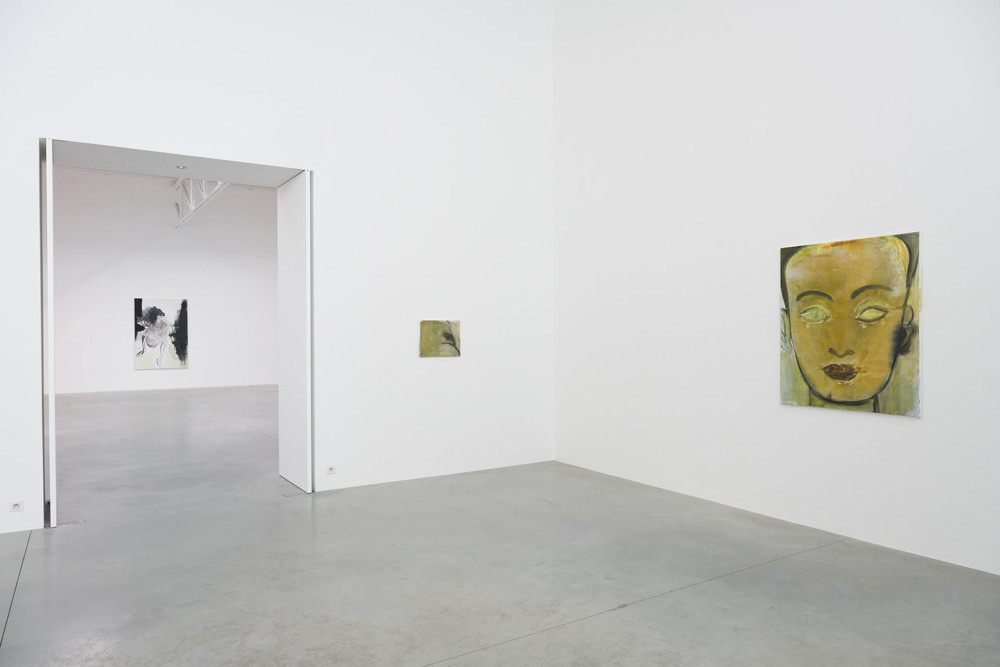 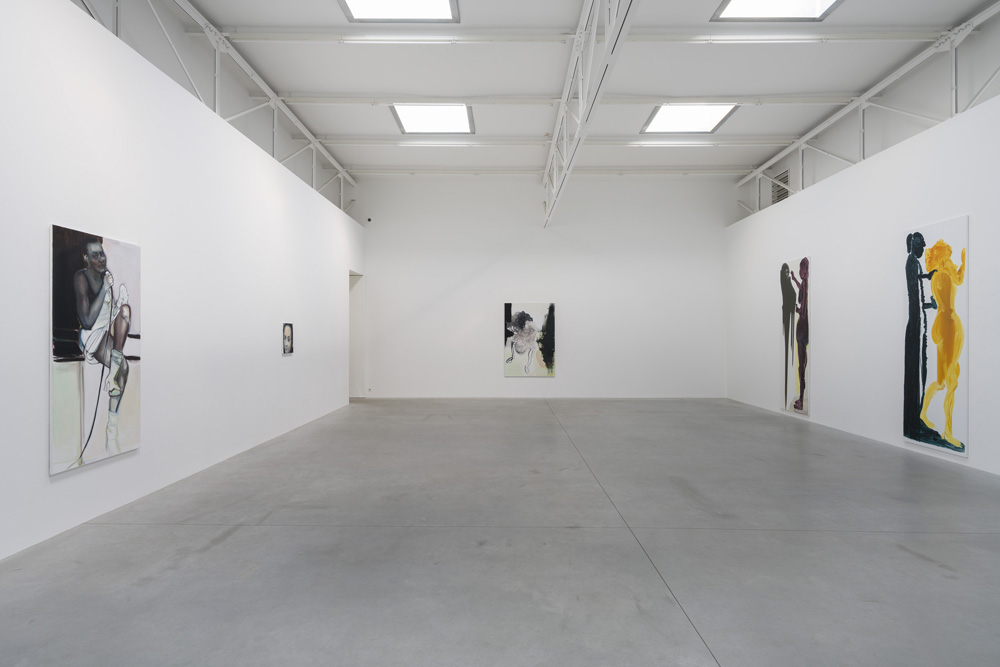 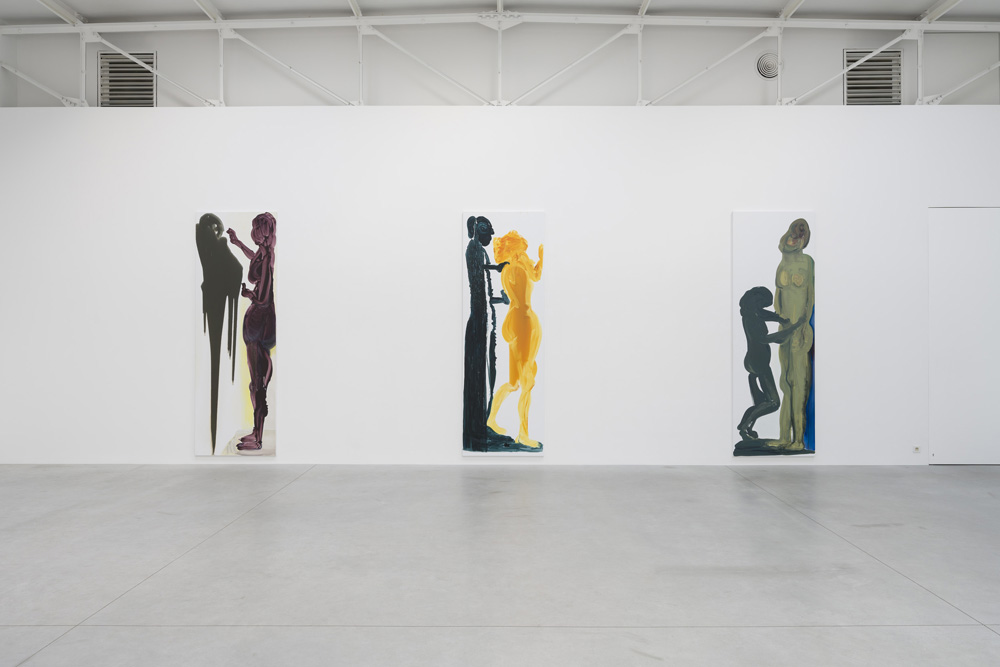 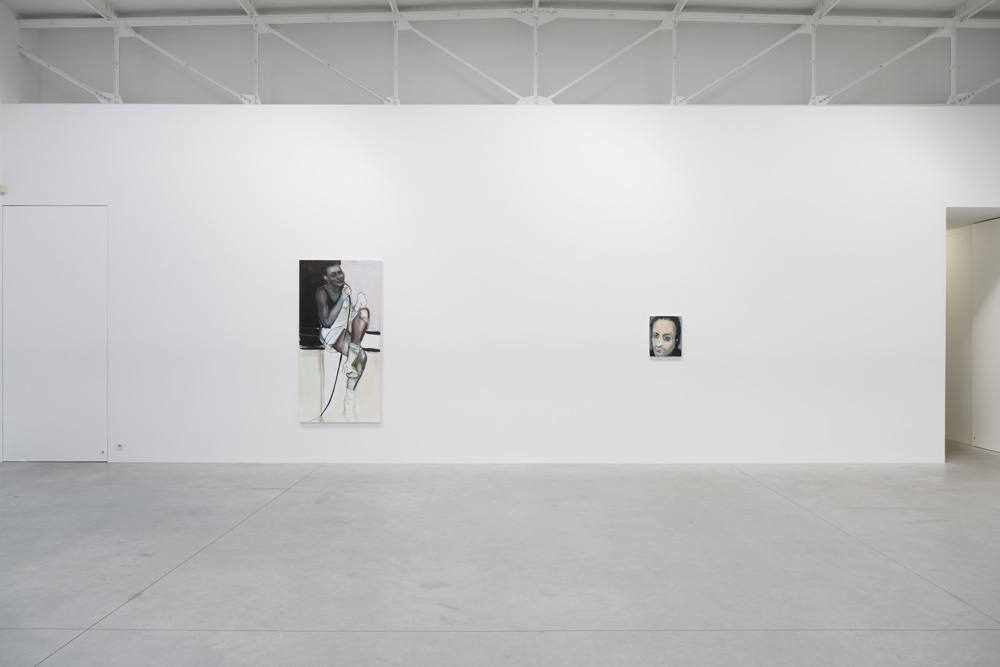 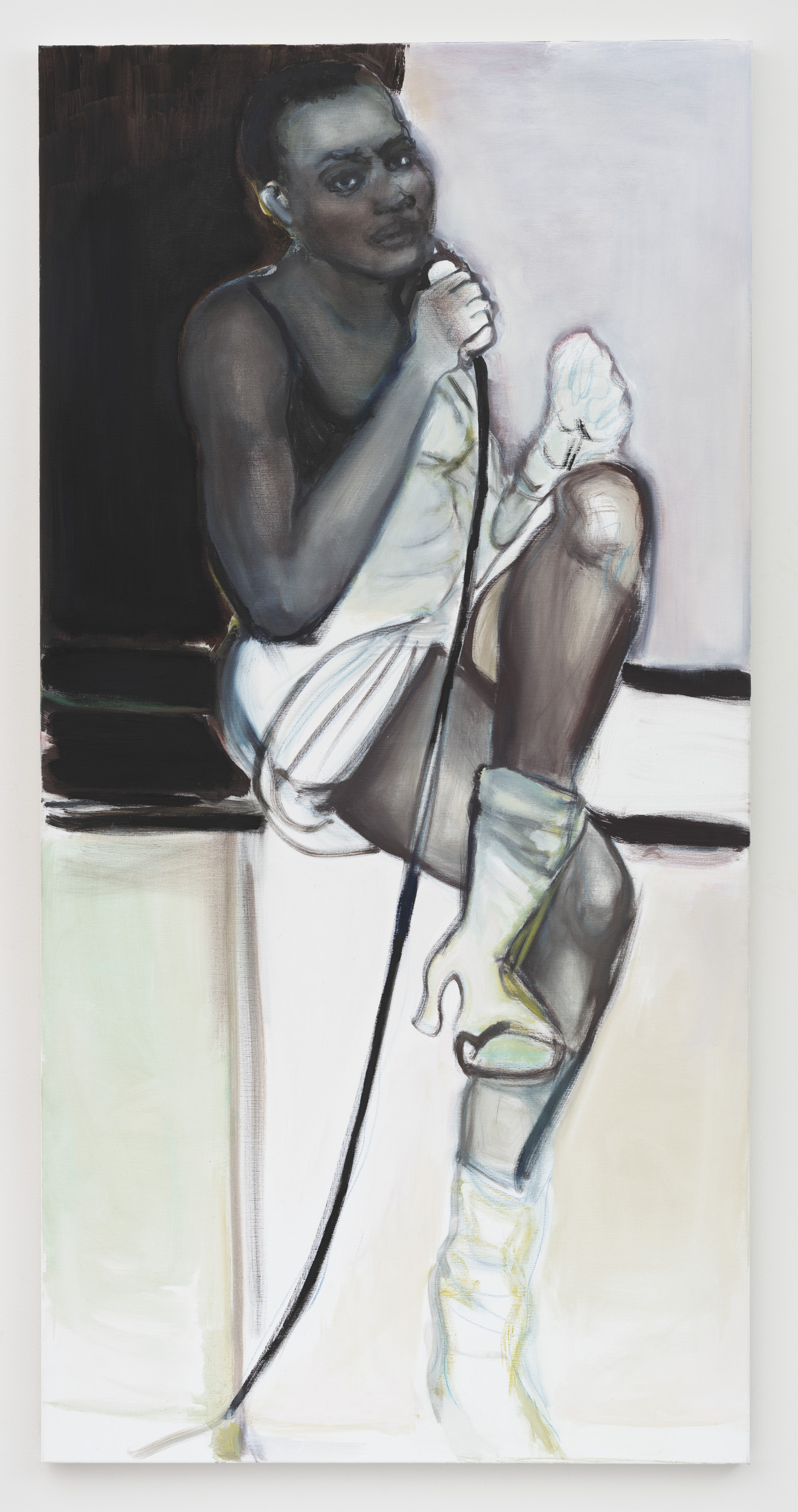 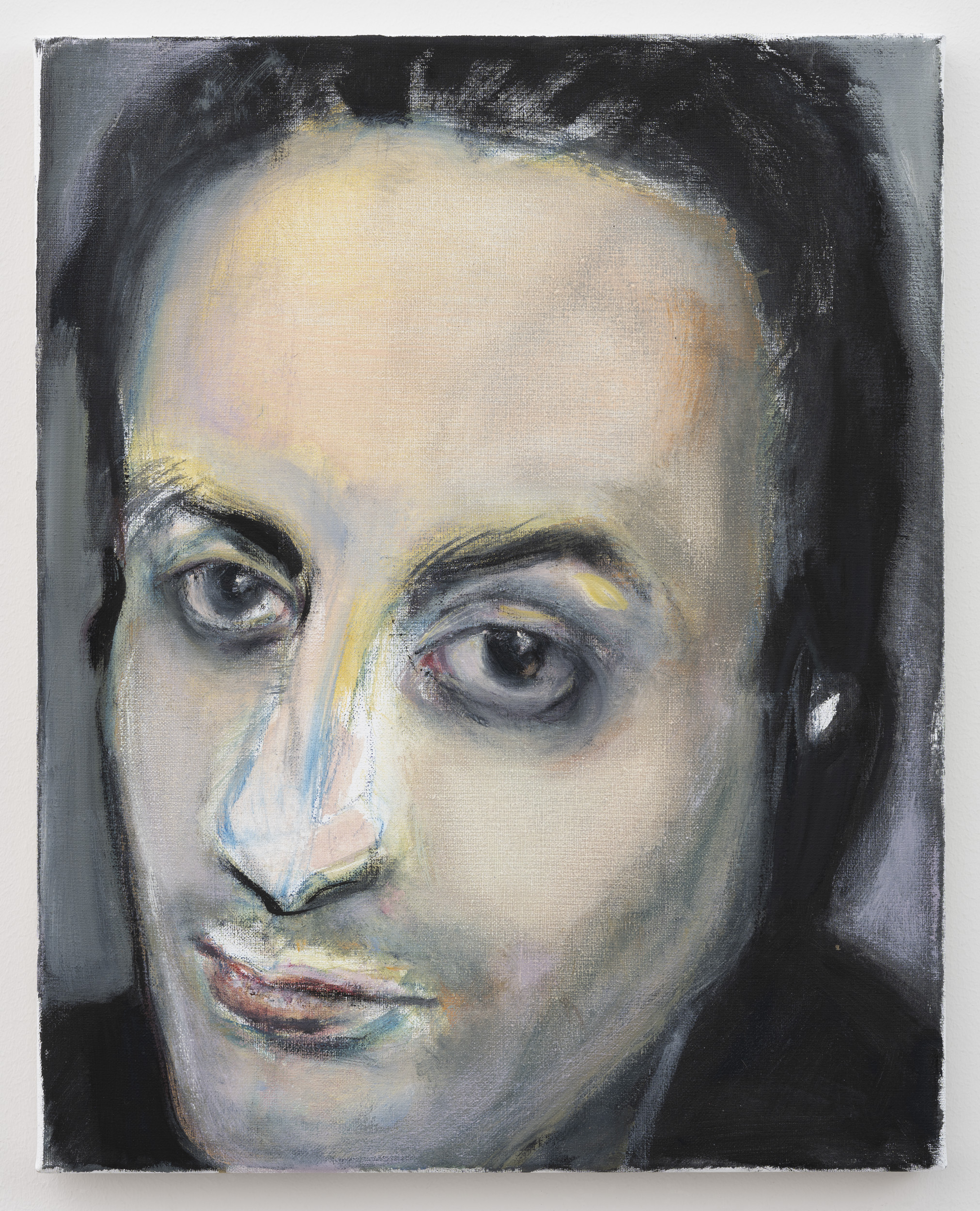 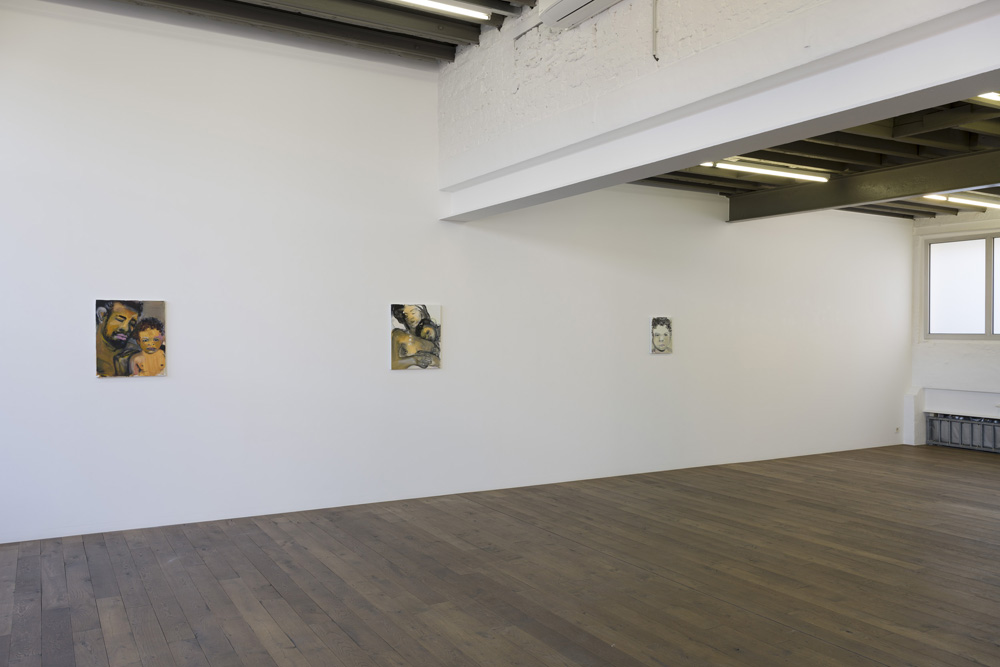 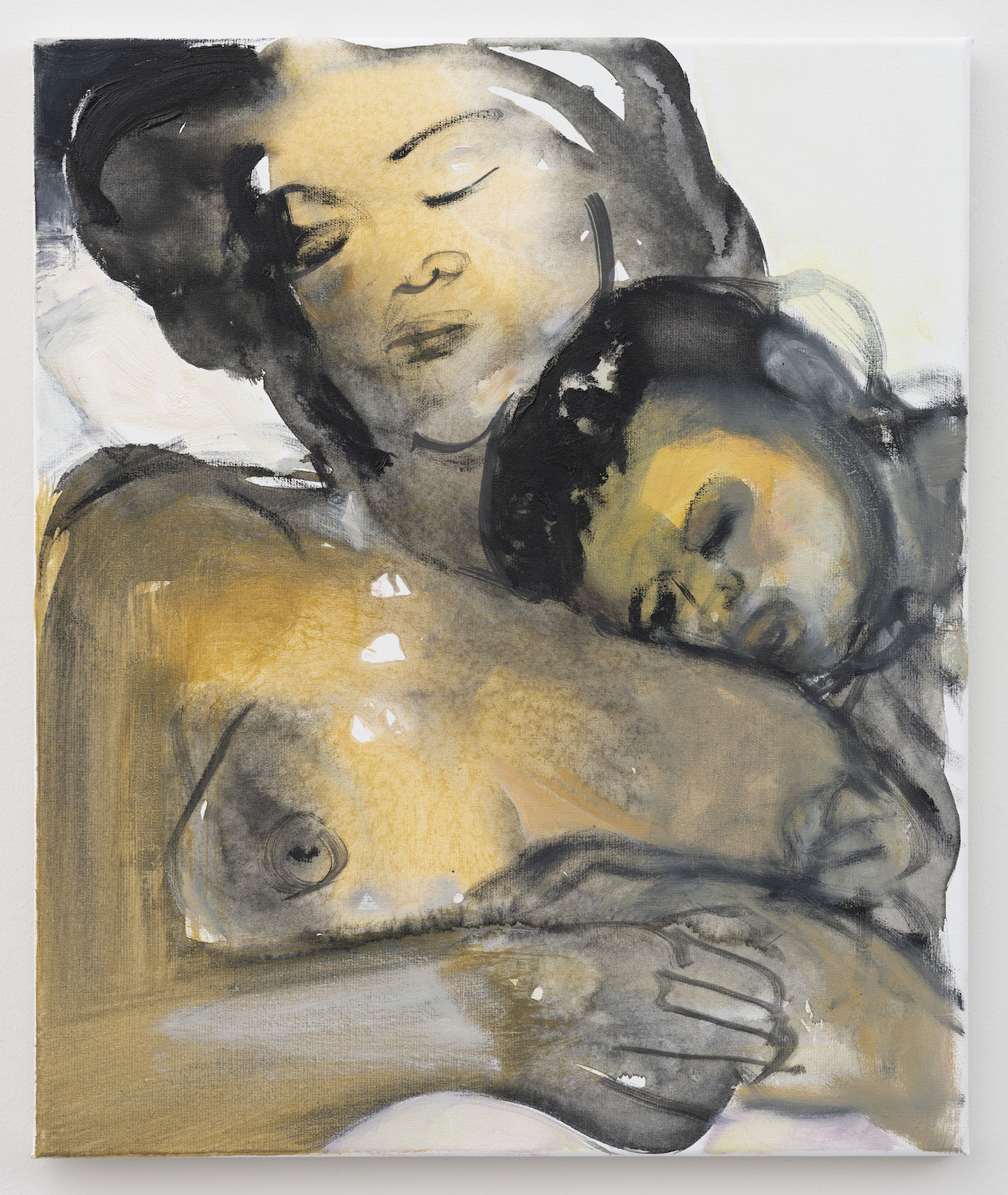 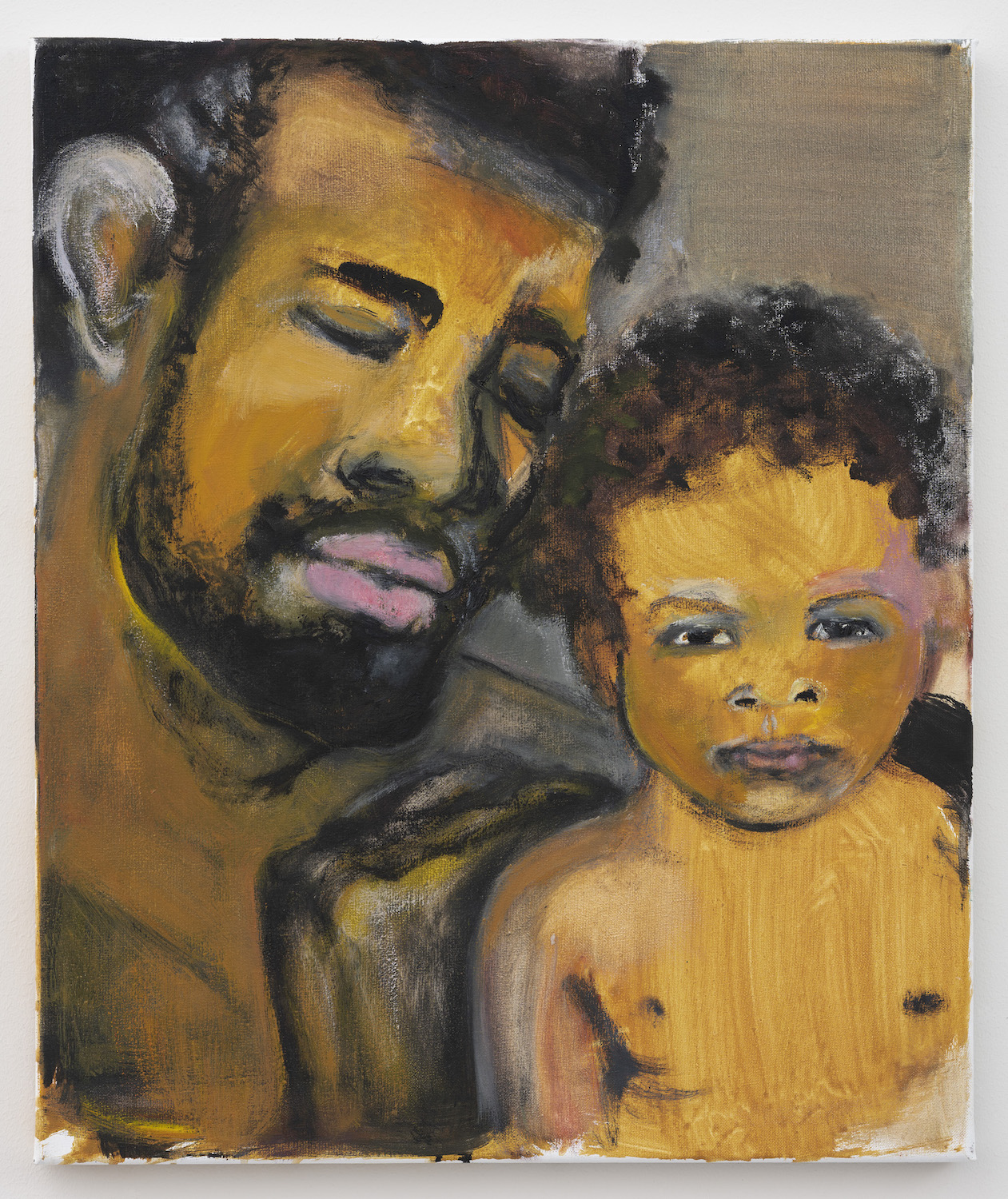 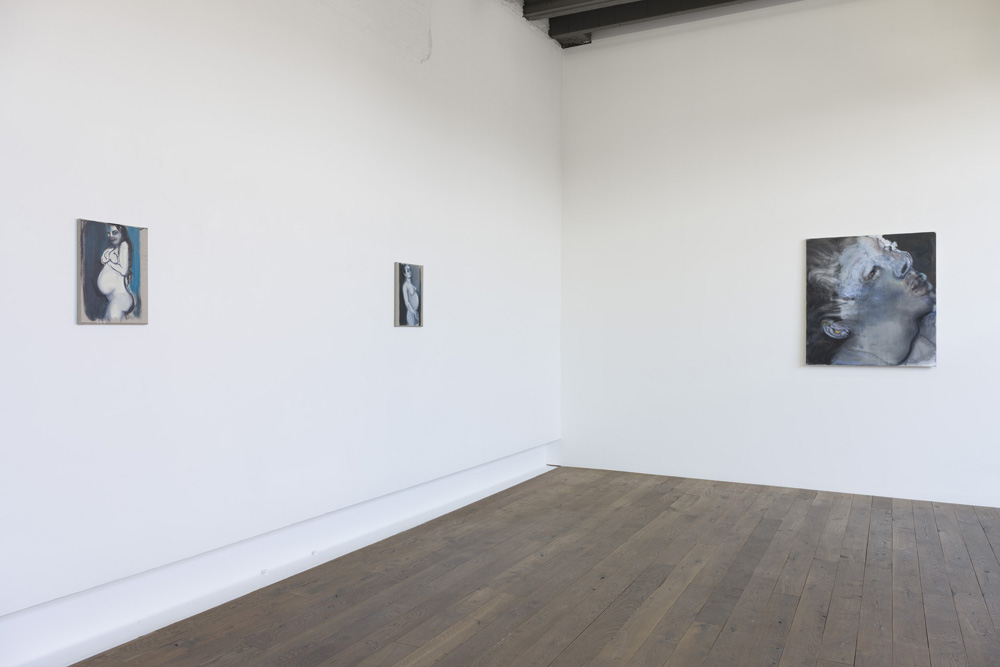 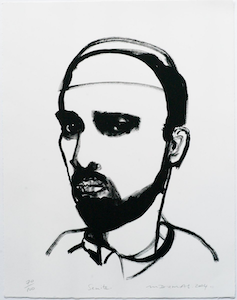 (Framed lithograph print -in an edition of 100 copies)