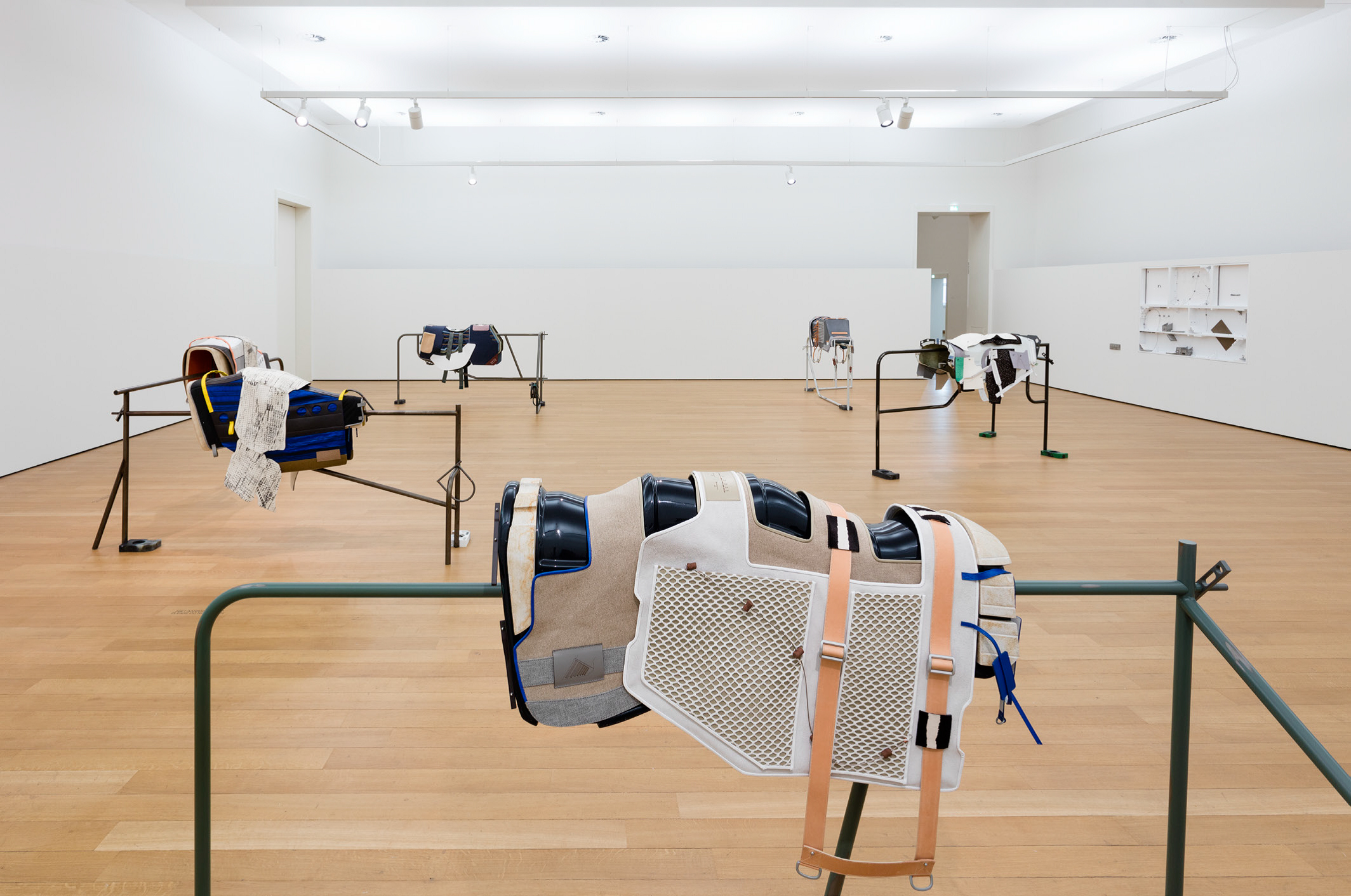 Magali Reus presents Mustard, a new series of sculptures configured into a site-specific installation. This series of works was developed in her London studio over the past year. By using complex techniques to process a variety of synthetic materials alongside fabrics and leather, Reus has created sculptural forms that avoid direct references to existing objects but still evoke associations with saddles, motorcycles, or blankets. Her enlargement of (animal) forms contains elements of camp and the grotesque, imbueing the works with both a strongly physical and simultaneously unsettling presence. Their complex material composition and exuberant ornamentation repurpose decorative impulse into something that on first inspection appears functional or utilitarian.

Through this use of seemingly everyday objects and images, Reus’ work initially evokes a sense of familiarity. It is upon closer scrutiny that the hidden complexity of her works unfolds. Reus adopts an almost obsessive approach of layering and repetition of visual elements, with a resultant crisis of definition that leads to her works to emerge as more personified or simply abstract entities. 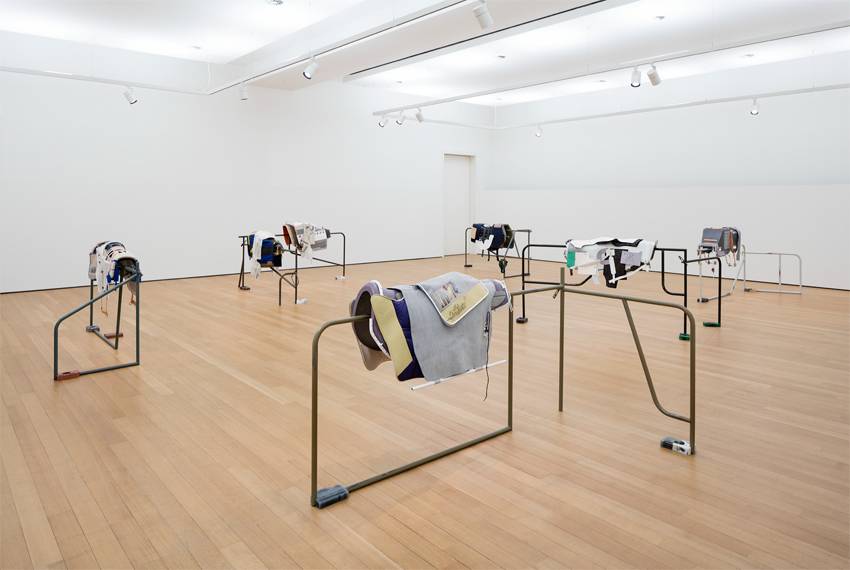 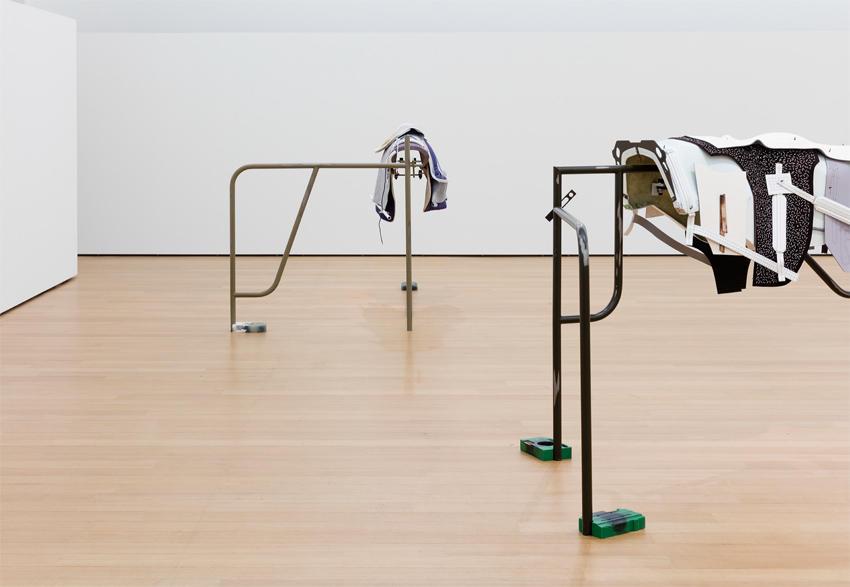 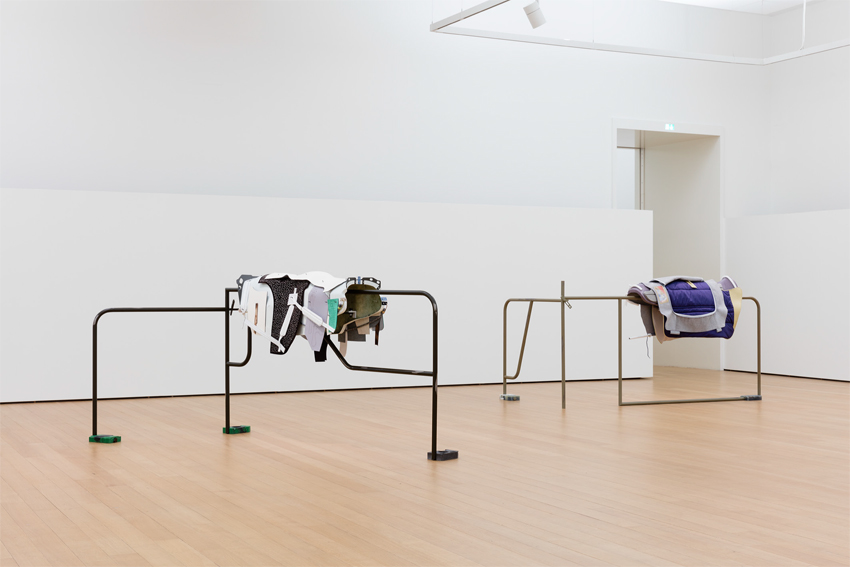 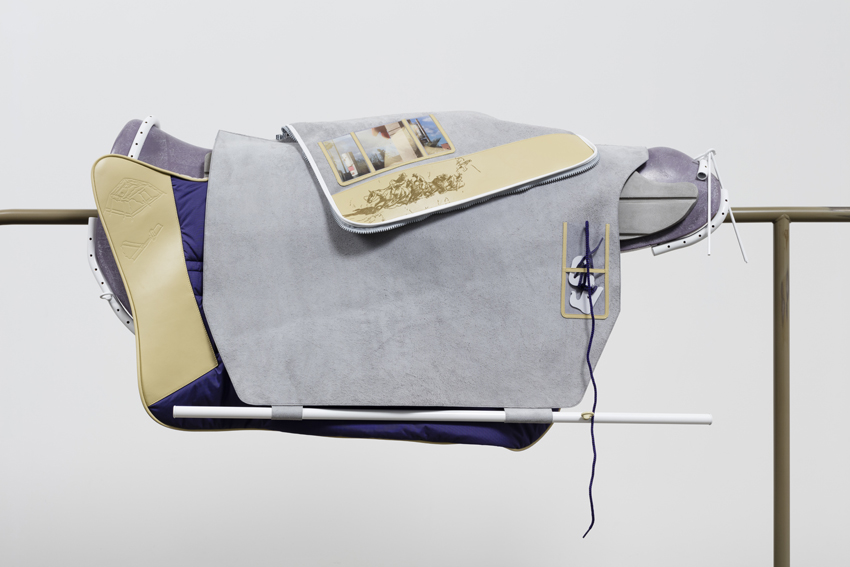 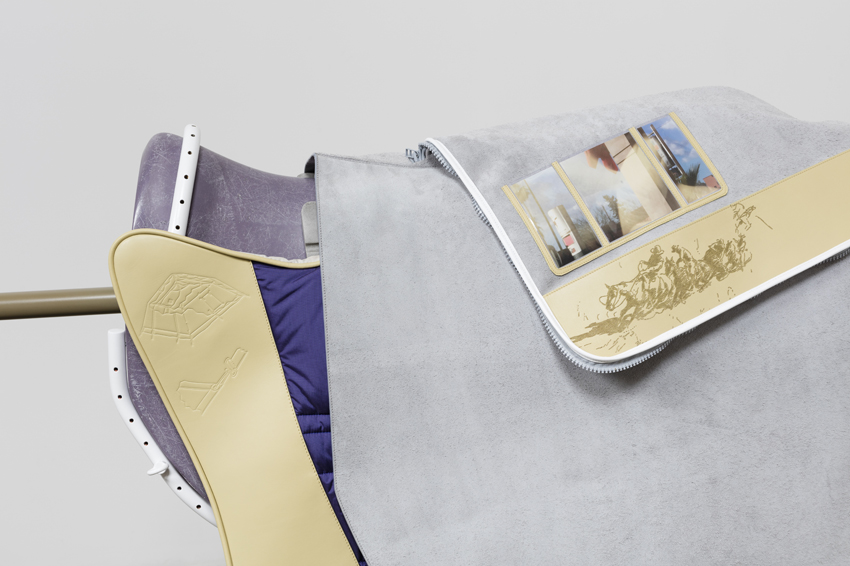 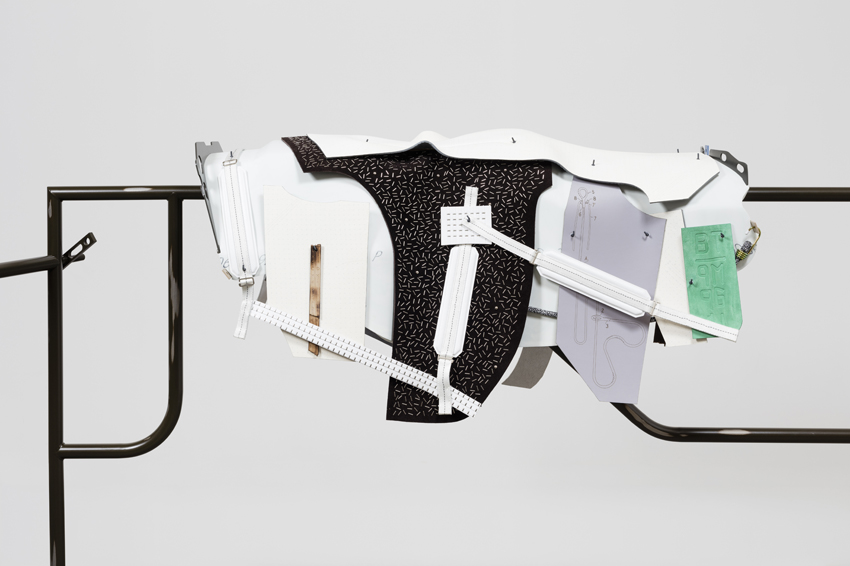 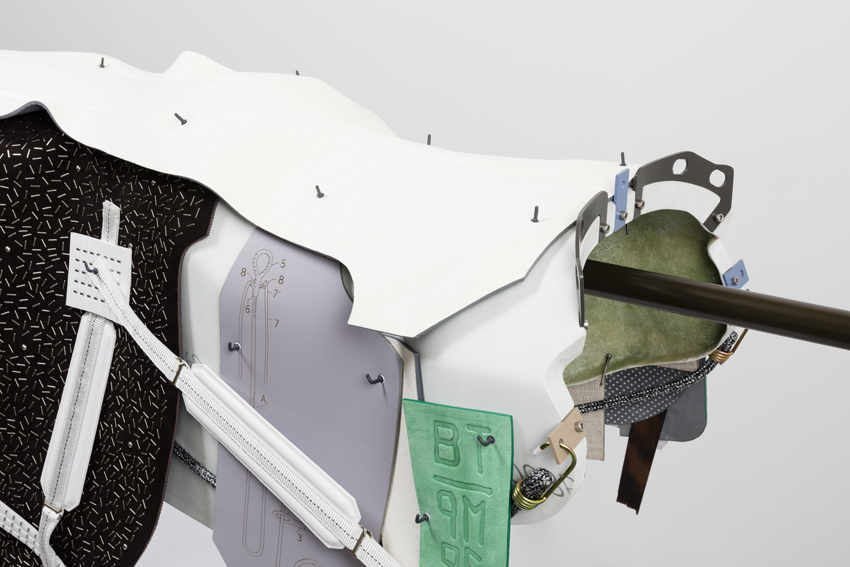 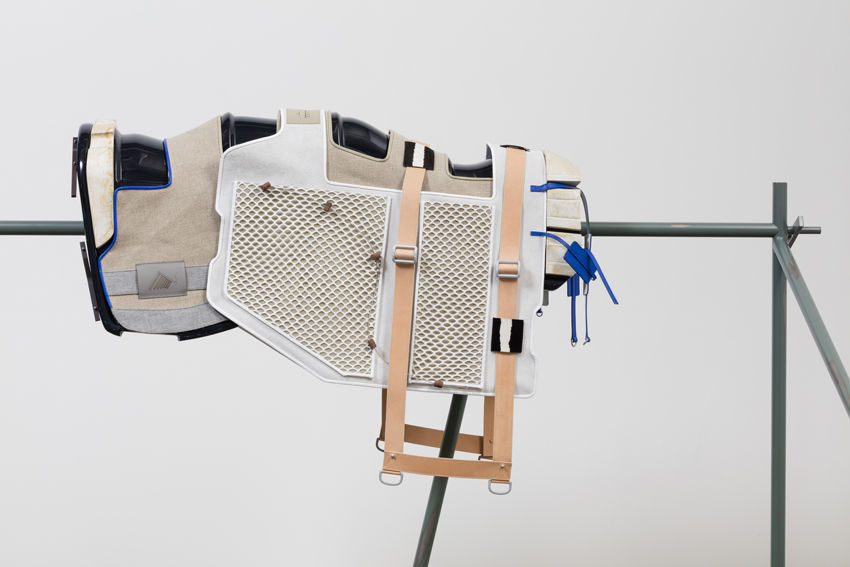 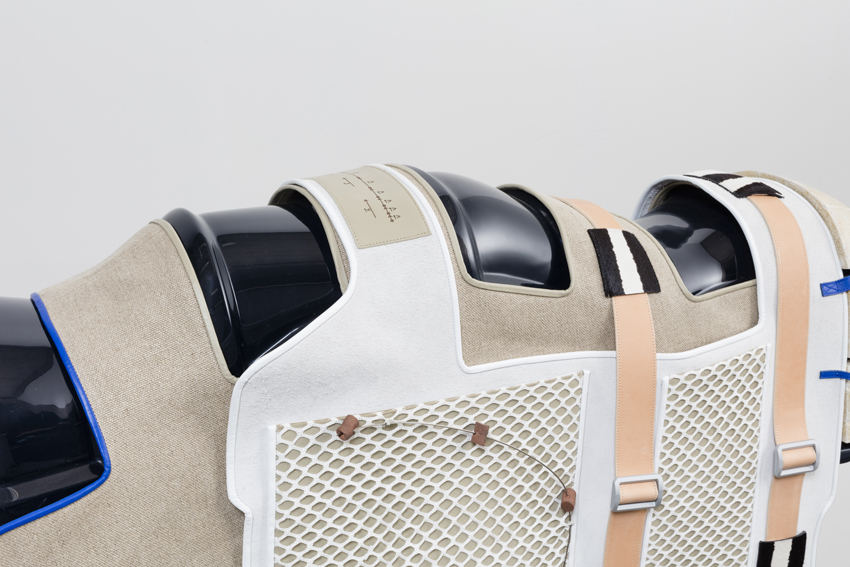 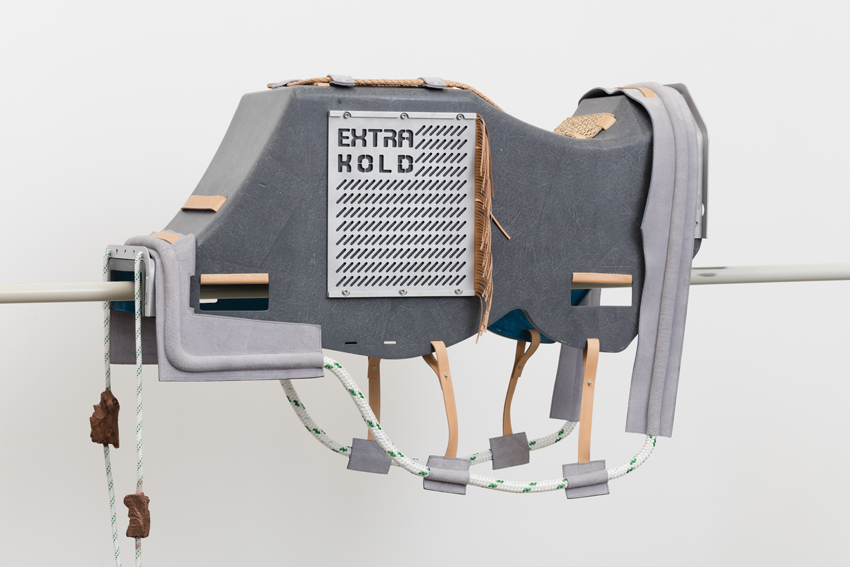 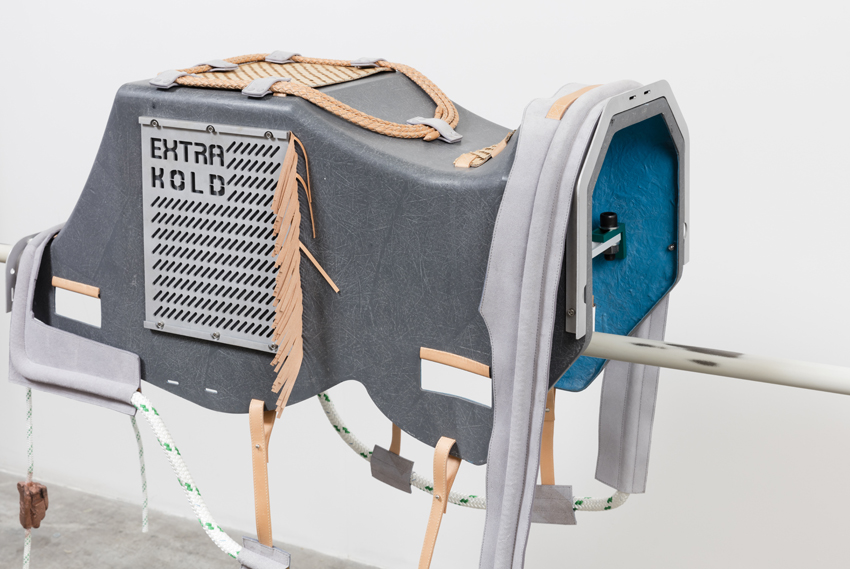 Courtesy of the artist; Stedelijk Museum, Amsterdam; and The Approach, London