In English when the word ‘Uranus’ is spoken it immediately becomes a joke. The word for all it’s noble cosmic intentions consistently points to the body, to the site of the most partizan, de-gendered subject of bodily humour, the anus. The planetary sphere meets the most abject of openings. Uranus is also the name of the magazine of gay emancipatory texts published by Karl Ulrichs in Jan 1870. He coined the phrase Uranian (Urning) to describe homosexuals, part of a pseudo-scientific classification of gay men and women (Urning, Urningin, Mannling, Weibling, etc) in order to convince society of the legitimacy of gayness, and to challenge the prevailing view of it as pathology or sickness.

In the introduction to Arthur Evans’ Witchcraft and the queer counterculture, the author states that writing a gay history should be appended by mythology and authorial invention, given that it is a history that is “mostly concerned with the victims of Western civilisation, rather than their rulers”. Documented gay history without this fabulist invention is one concerned only with punitive charges and death written from the position of the aggressors. This exhibition takes the idea of infection as a metaphor for the re-appropriating of history with a gay voice. Infection is a metaphor which historically has been aligned and entwined with gay male identity, in relationship to AIDS of course, but also the underlying notion that AIDS made physical: the conservative terror of gayness as an infectious idea.

Here infection is deployed as a countermovement, the idea of moving backwards in time and infecting history from the gay present. Infection is framed as a relationship between two bodies, where instead of the physical meeting of bodies in anal or vaginal penetration we get a more intimate meeting of bodies, that of the cells of the host body and the infectious agents own cells. Virus, bacteria, parasites. The body becomes transformed by infection, becomes something between body and parasite. Infection thus becomes a way to discuss differing modes of influence in relation to society. Does the radical nature of same sex desire relate to the general society in the way of two partners fucking, or does it relate to a host body and an infection? Instead of an assimilationist position, or a radical rejection of society, perhaps infection imagines a viral relationship between gay identity and society at large, it’s radicalness infecting the host body.

Justin Fitzpatrick says about this: “I am interested in the act of painting as a way to explore the idea of conceptual metaphors, metaphors that structure our world view and perspective. ( See Metaphors we live by by Lakoff) . For me, painting, in an improvisational mode, can turn the process of metaphor into a visual performance or an evidence, a constant sliding across the surface of a subject, it can enact the semantic jumps the mind makes when likening one thing to another and it provides an evidence of this fundamental activity. I have used text and text-like forms in my paintings a lot, and my interest is around the borders of where text becomes body, things that can hover between legibility and sensibility. I am interested in the choosing of objects to invest with meaning and create a narrative, but also to look at the mechanics and syntax of that meaning and how it is created. Painting becomes a machine that allows metonymic growth, a kind of world building.” 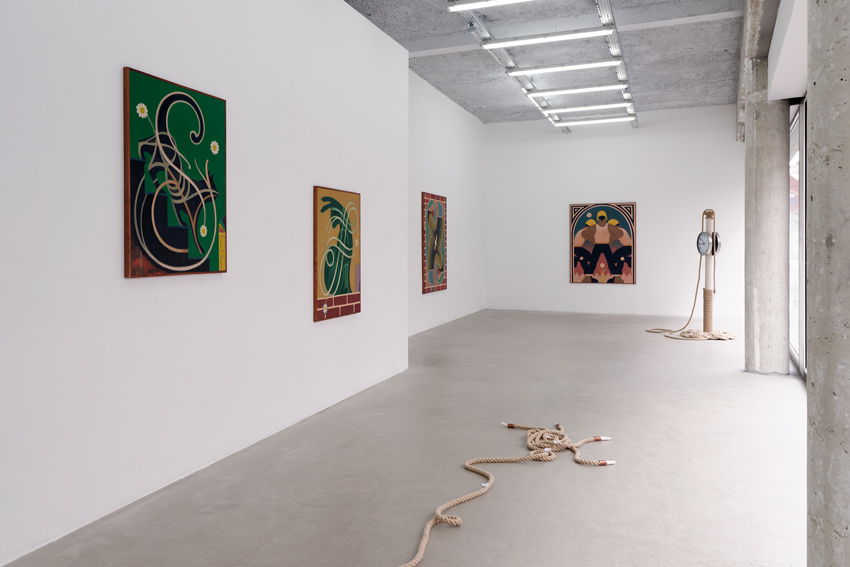 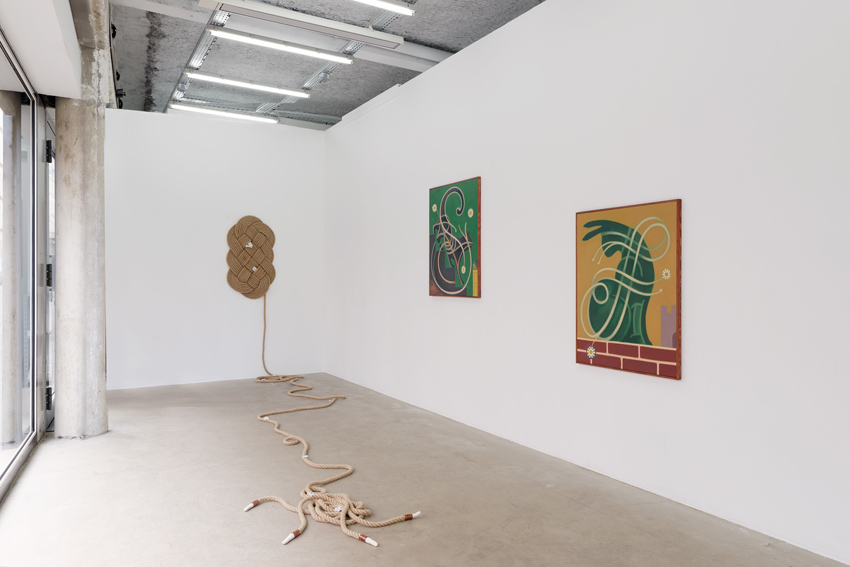 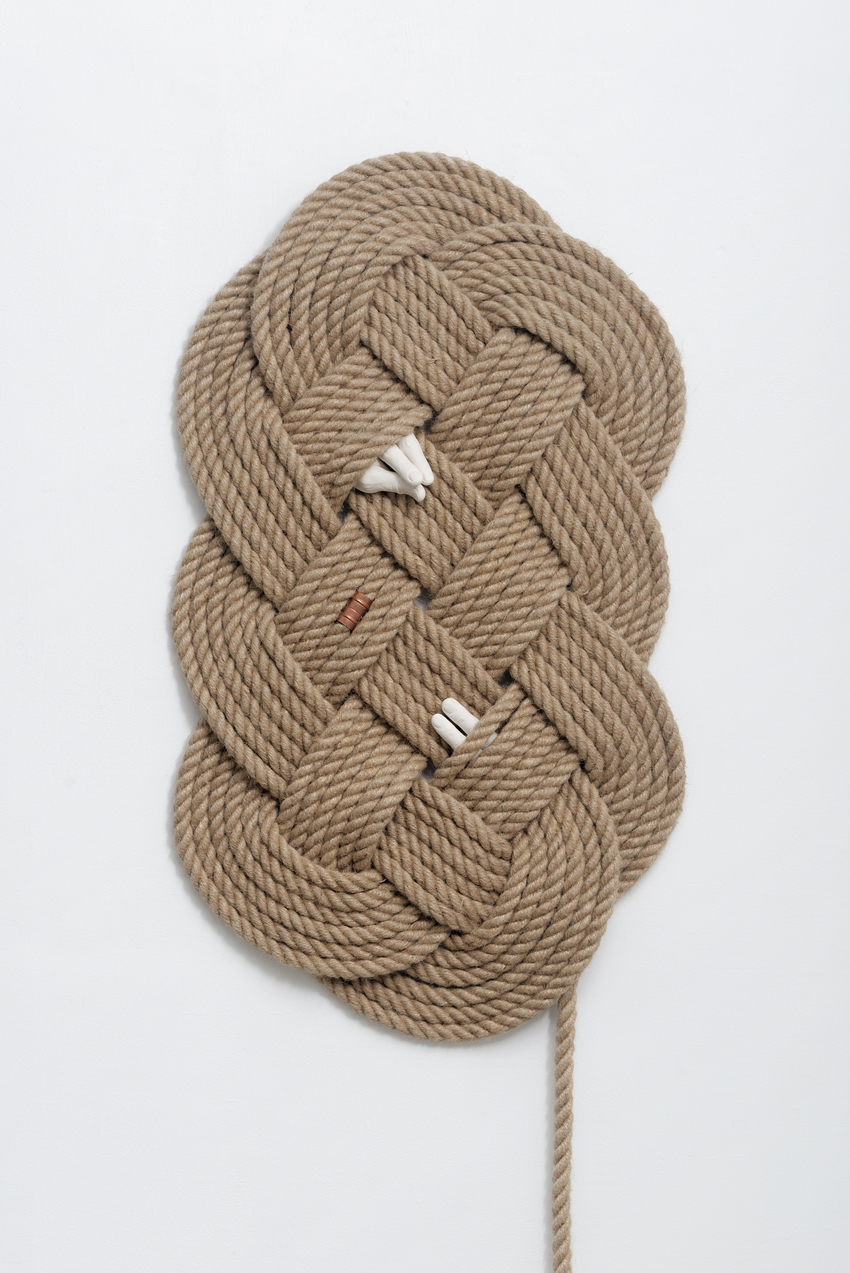 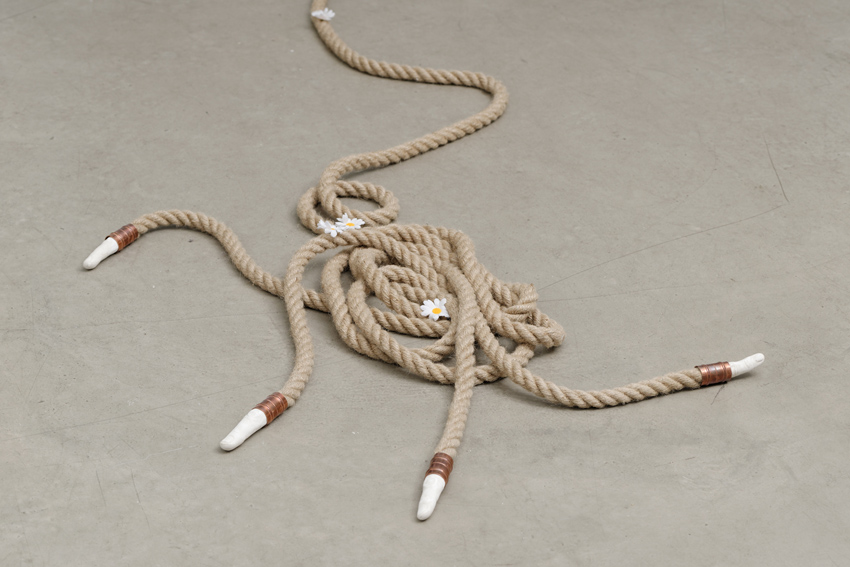 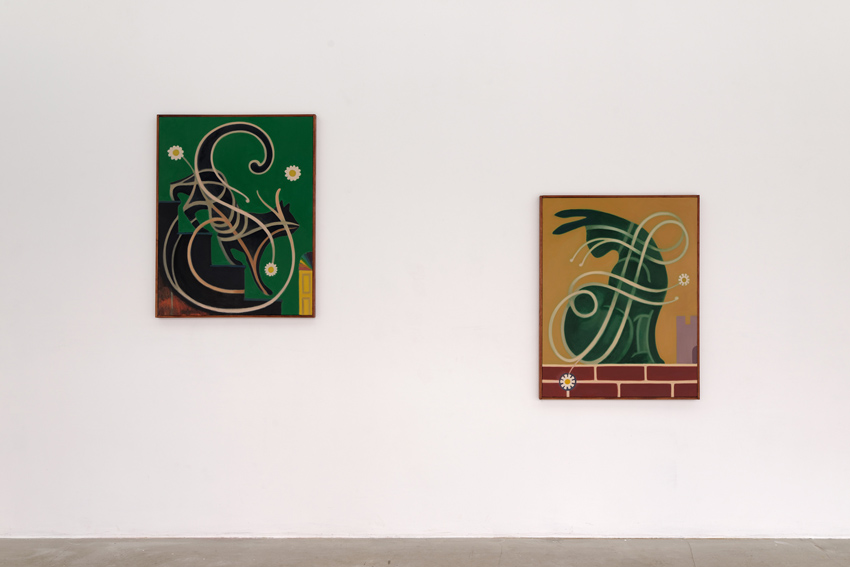 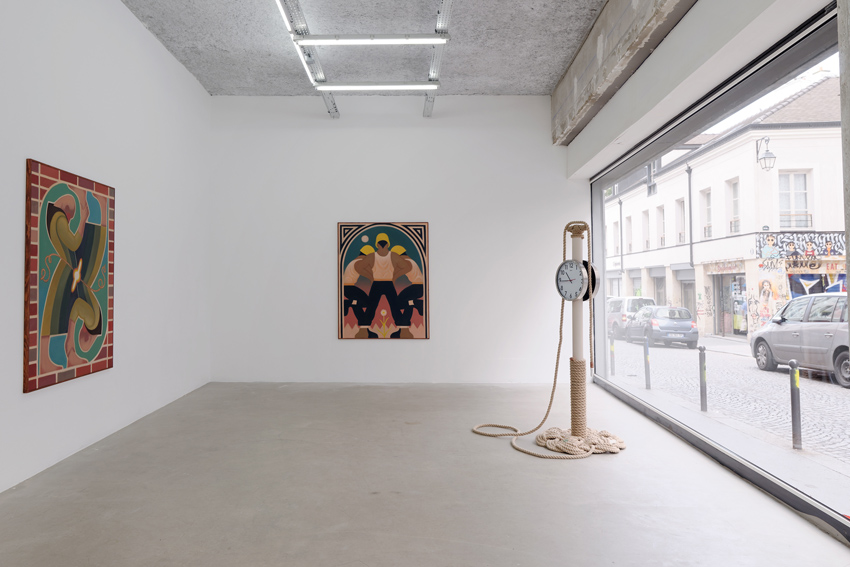 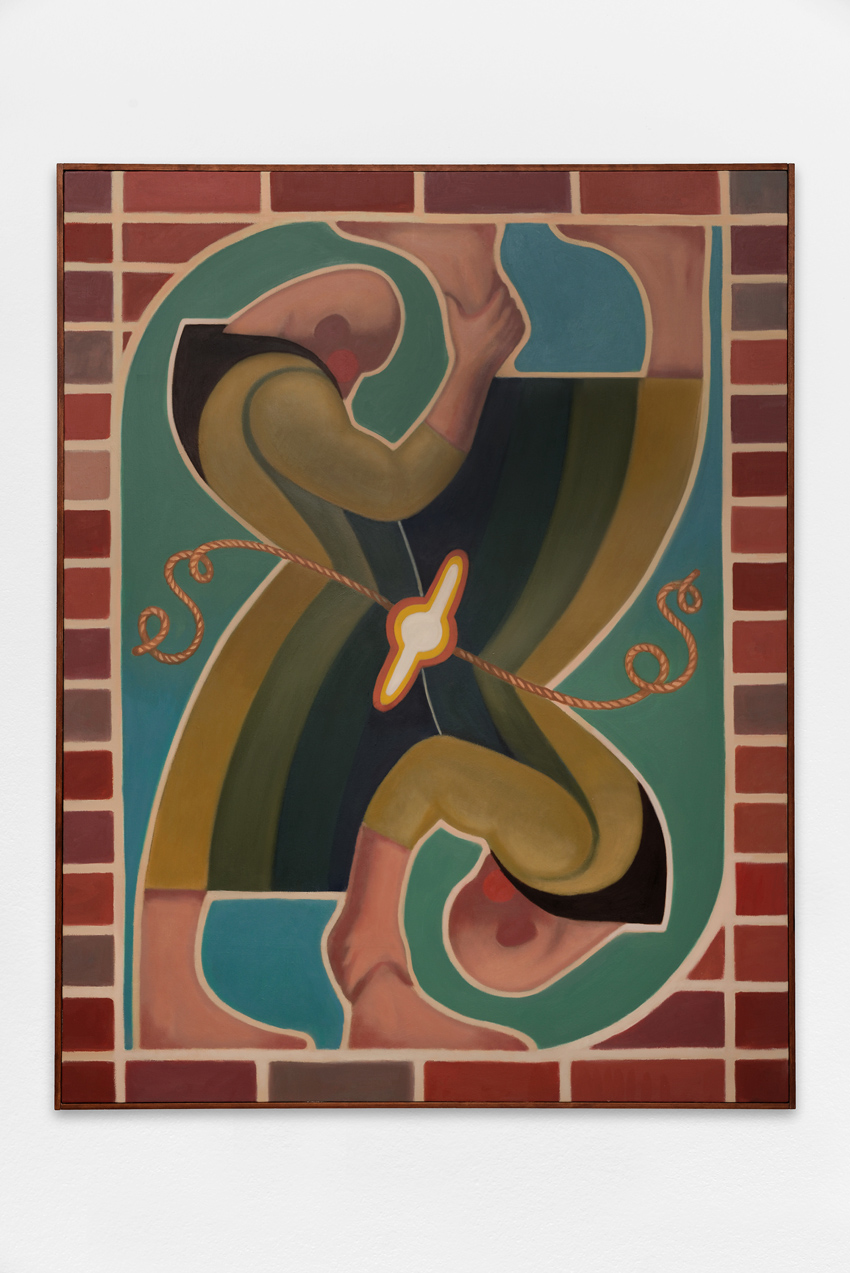 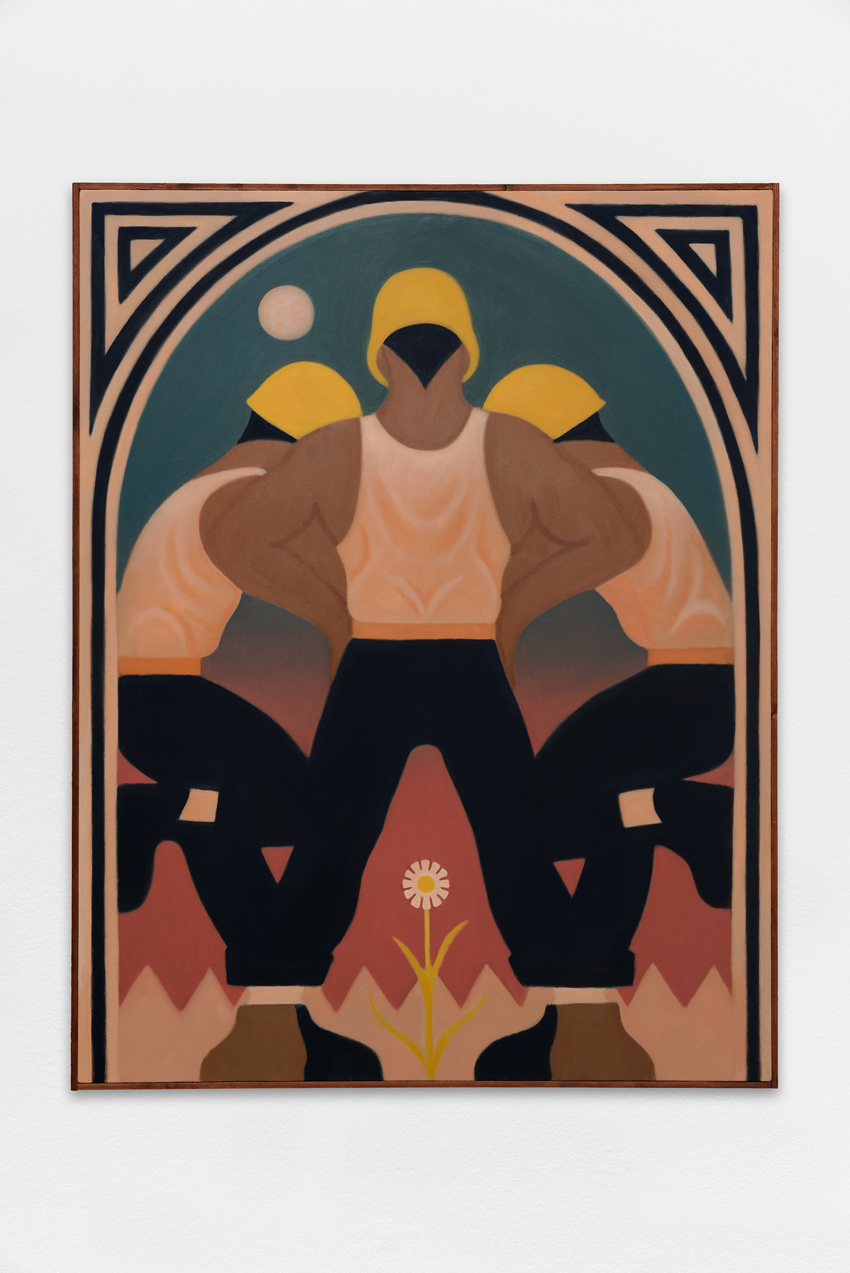 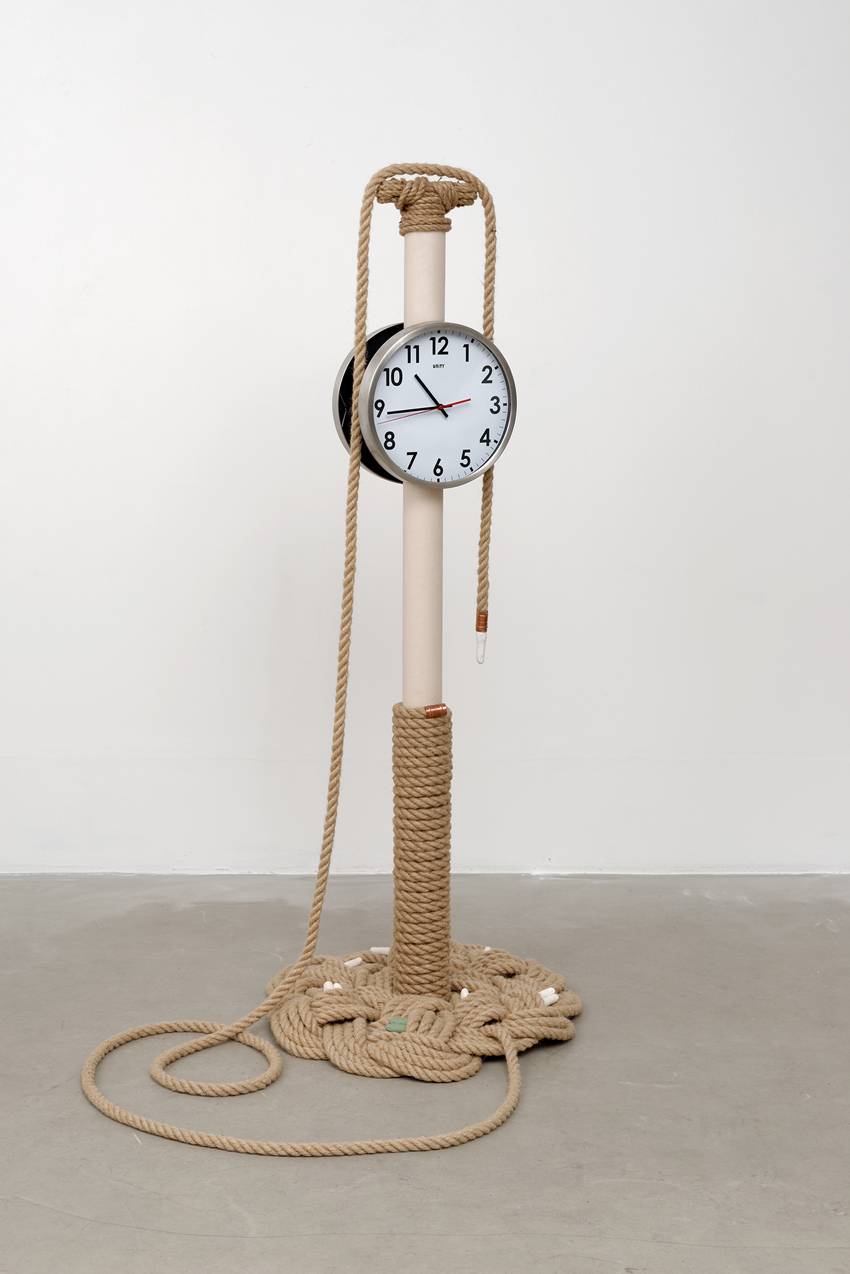 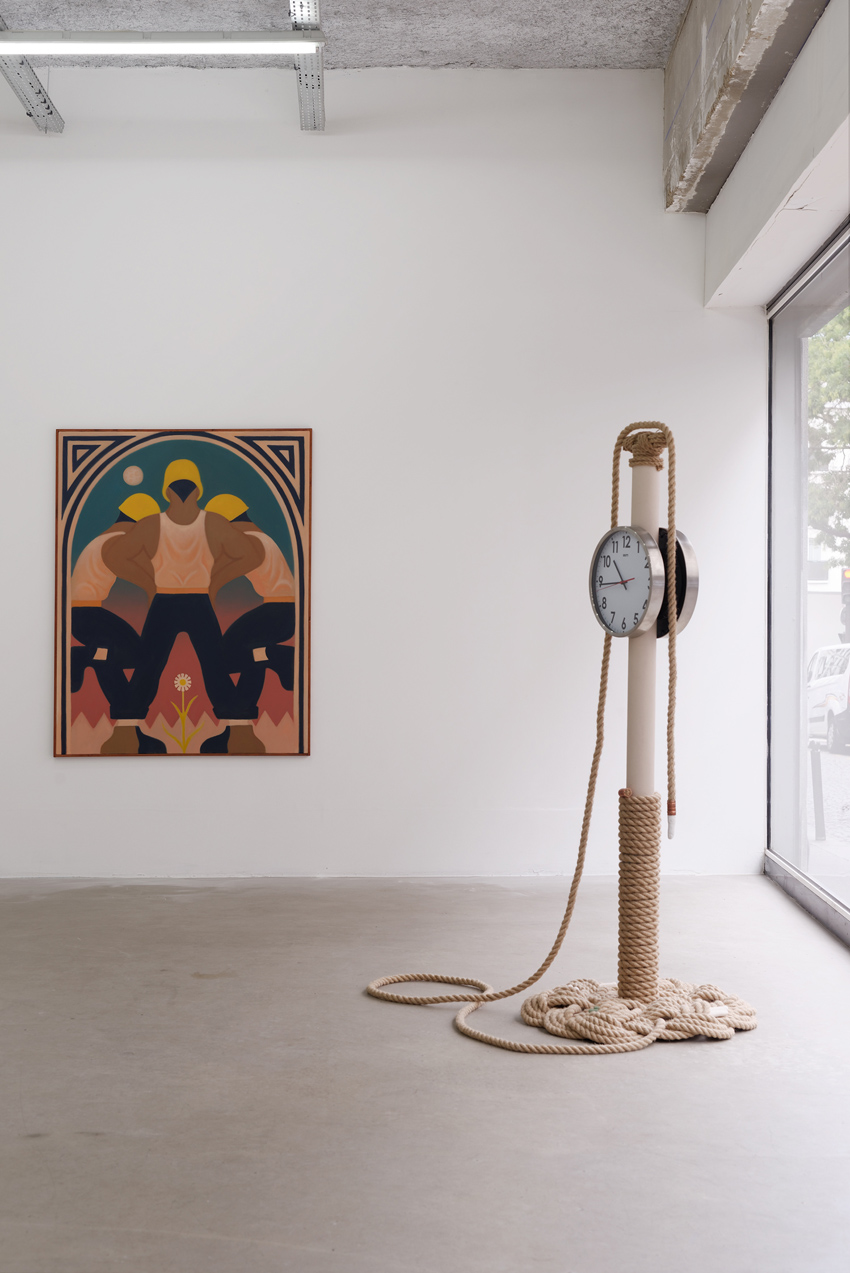 Courtesy of the artist and Sultana, Paris