Taking its title from the 1939 musical The Wizard of Oz, THERE’S NO PLACE LIKE HOME is Jonathan Baldock’s largest solo show to date. Newly commissioned and previously unseen works populate both spaces at CGP London including an extensive installation.

Monumental sculptures and live interventions coexist during the six-week exhibition span. Jonathan Baldock has created this new body of work honing techniques and crafts traditionally associated with the domestic sphere, the home. Felting, basket weaving, candle making, appliqué and stitching allude to idealised domestic bliss and gendered roles. Some iconic references from the Wizard of Oz create an interplay with scale, terrors and wonder bordering on the monstrous.

A host of sculptures collaborate and become a chorus: a pouting stained glass window; a humanscale votive candle adorned with waxen ears; a wicker-chain morphs into a human spine; chandeliers shaped like breasts suspend over us with intent; a sandy table in the form of an eye are vying for attention. This fractured human body is patrolled by a mysterious, statuesque white horse further creating a surreal setting.

Dilston Grove having been a historic church, one of the first concrete buildings of its size in Britain, still carries the idea and the scale of the ritualistic. With Jonathan Baldock’s art occupying such a cavernous space where sculptures are stretching from floor to ceiling, once again encourages us to step within the artist’s created reverie loaded with mythological, folkloric and ceremonial meaning.

During the exhibition, the Dilston Grove installation became animated on three separate public occasions via a series of performances, for which Jonathan Baldock collaborated with Vancouver’s Kokoro Dance company who interacted with it in bespoke, sculptural costumes. 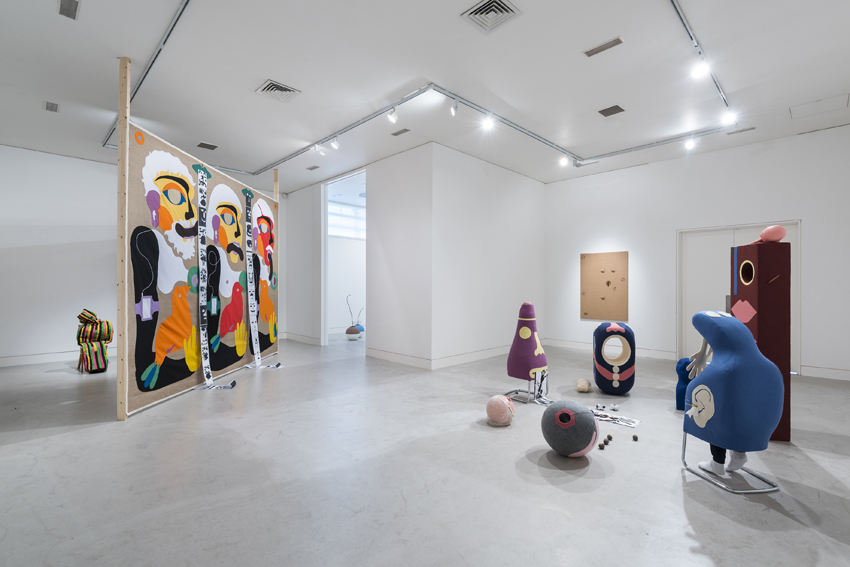 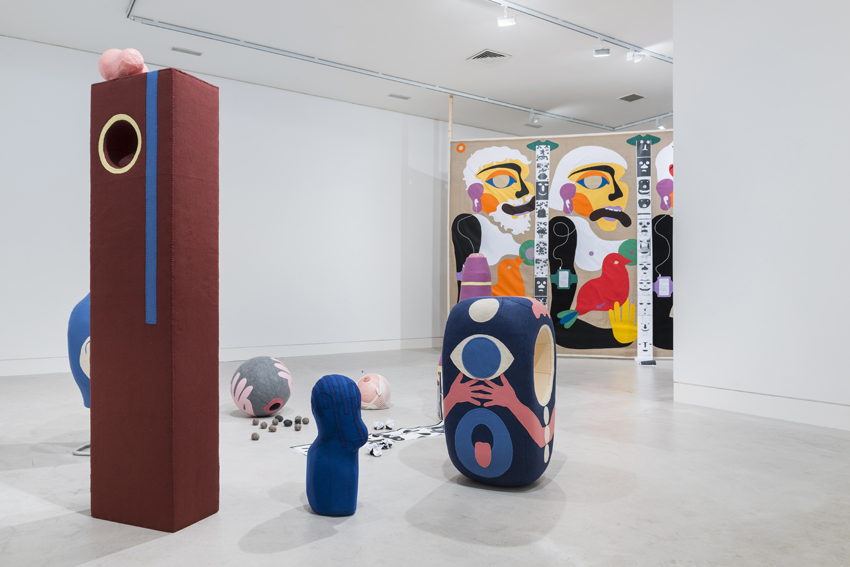 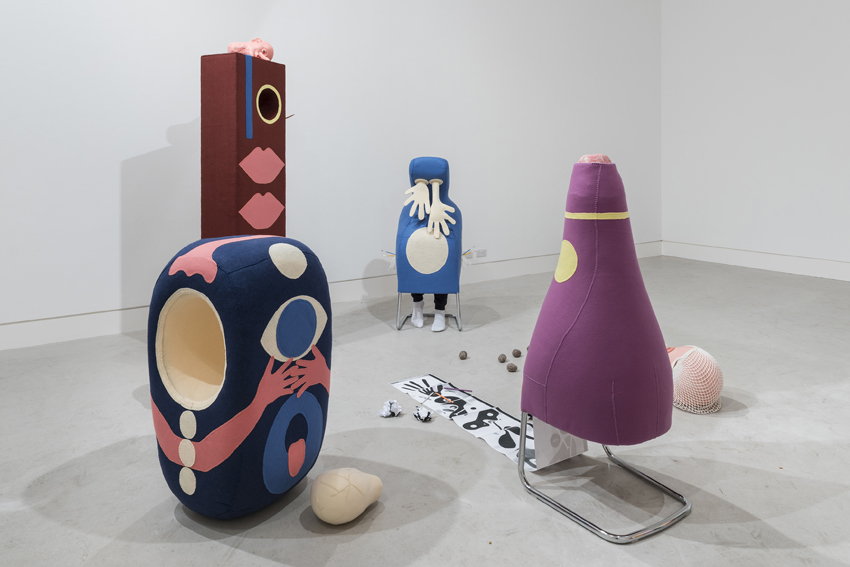 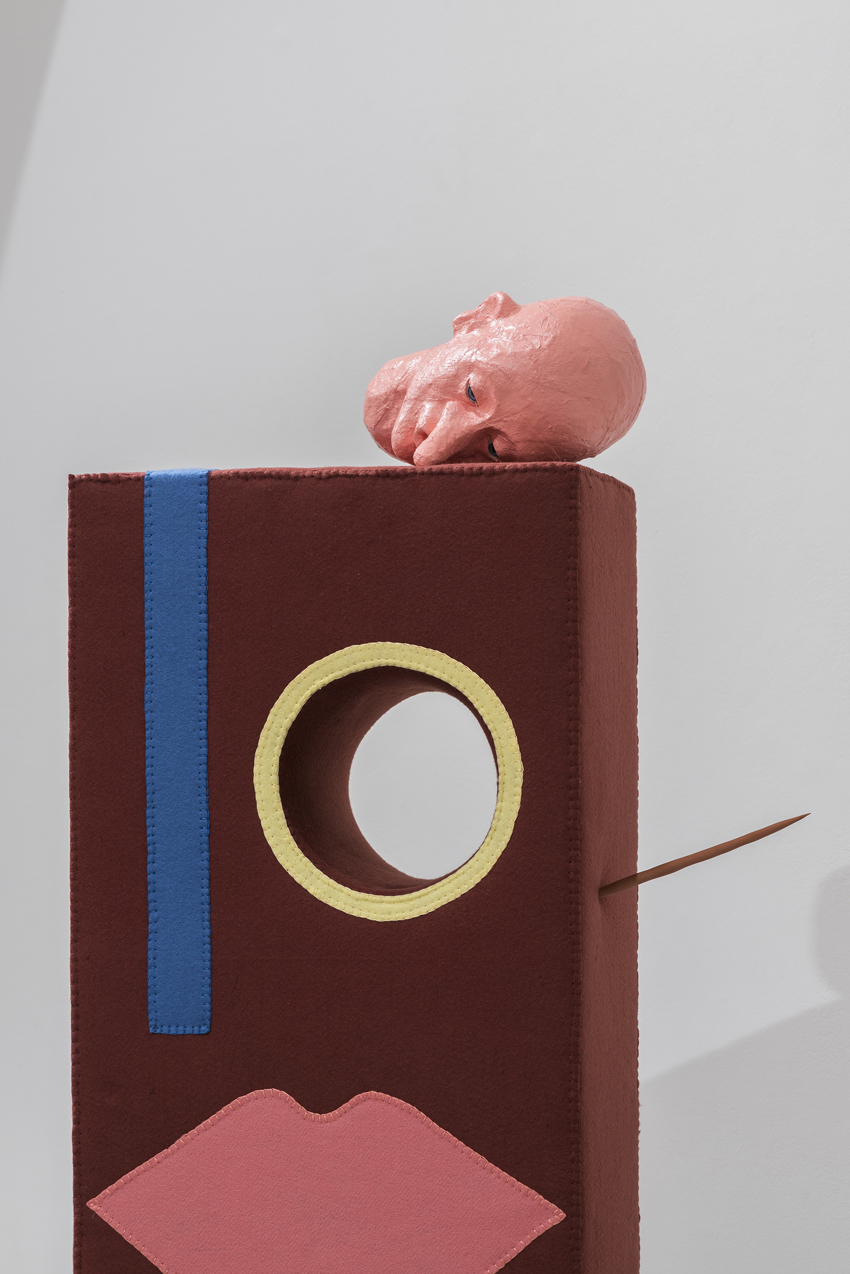 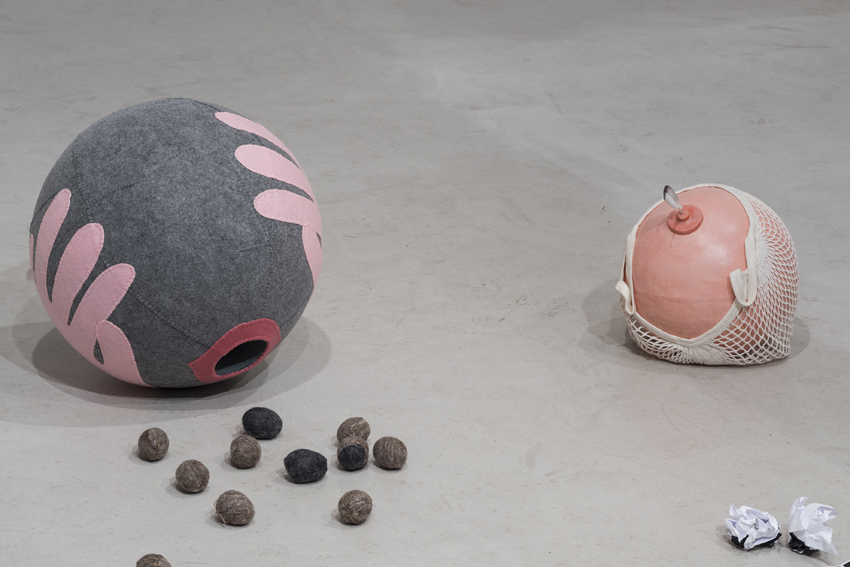 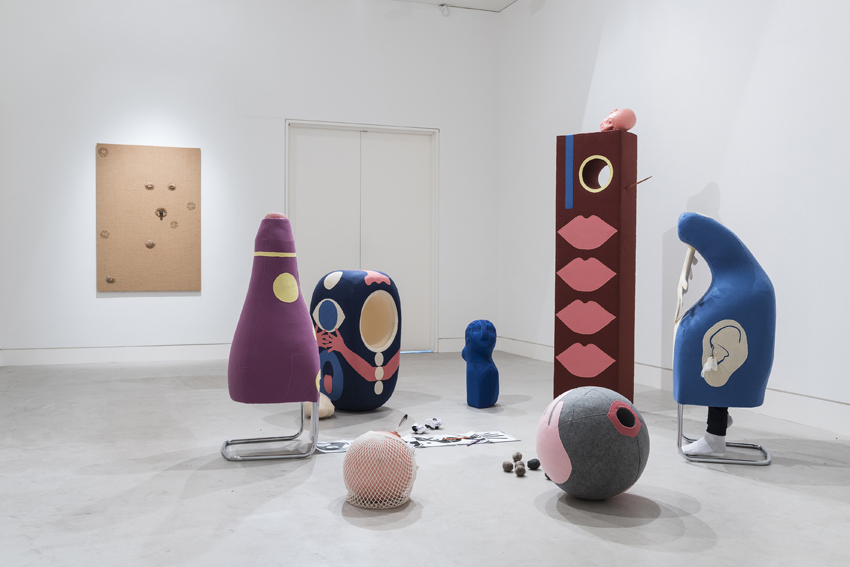 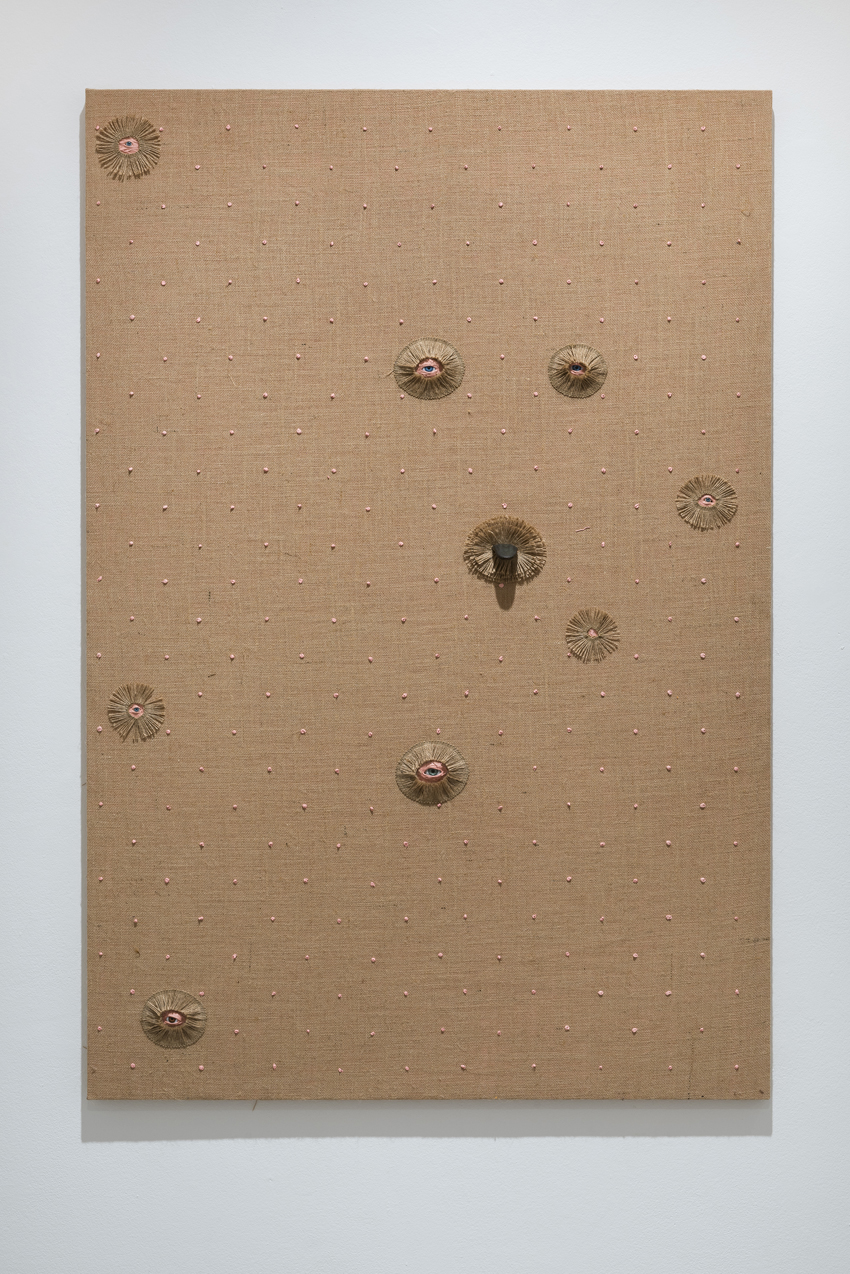 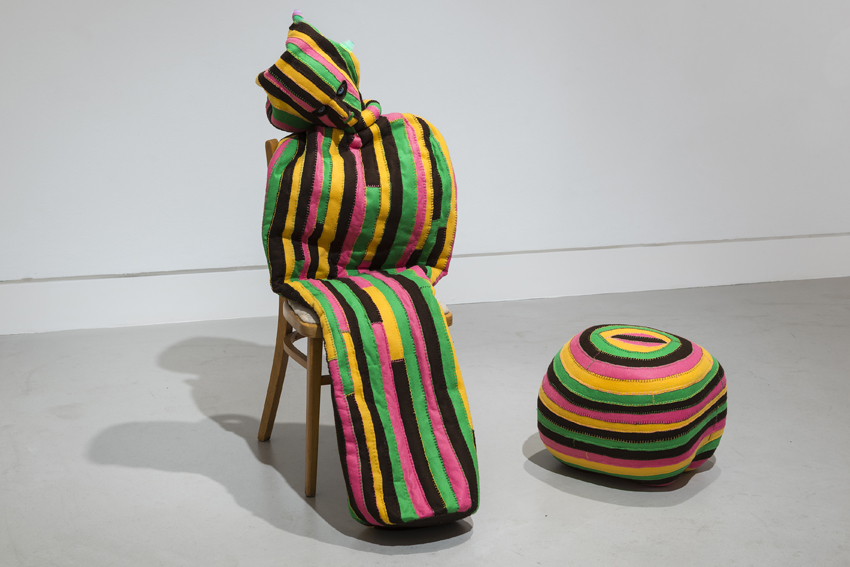 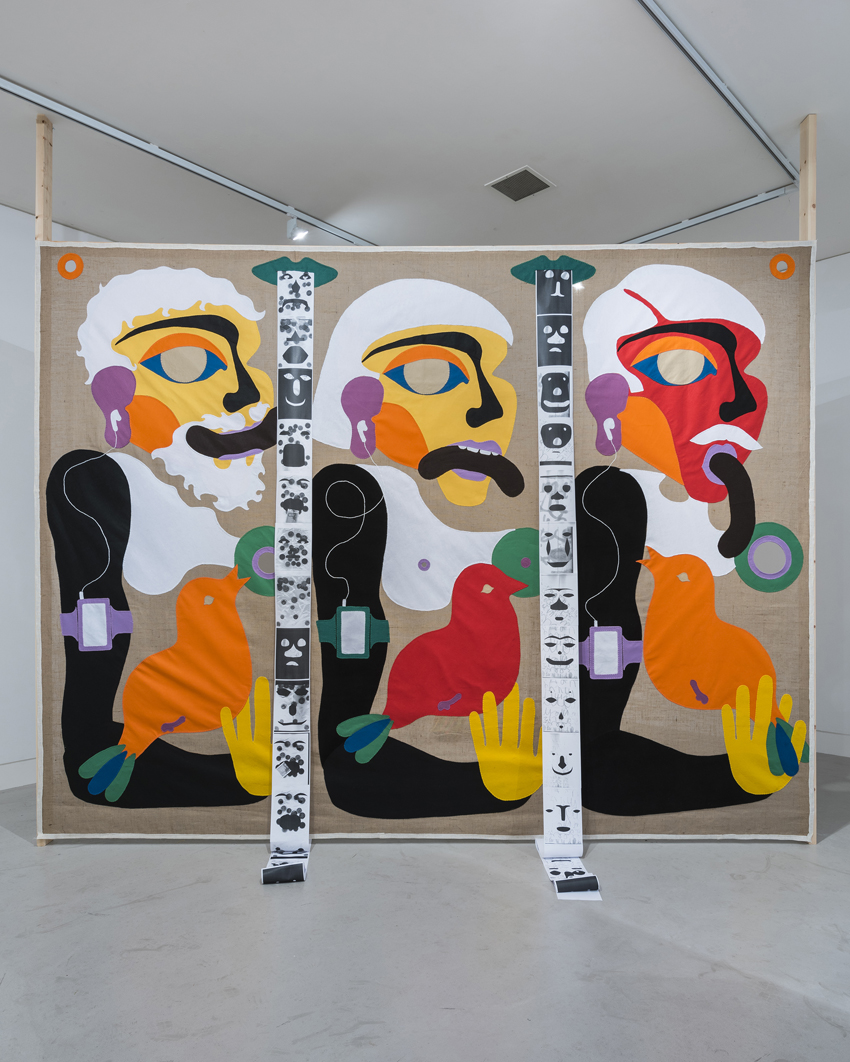 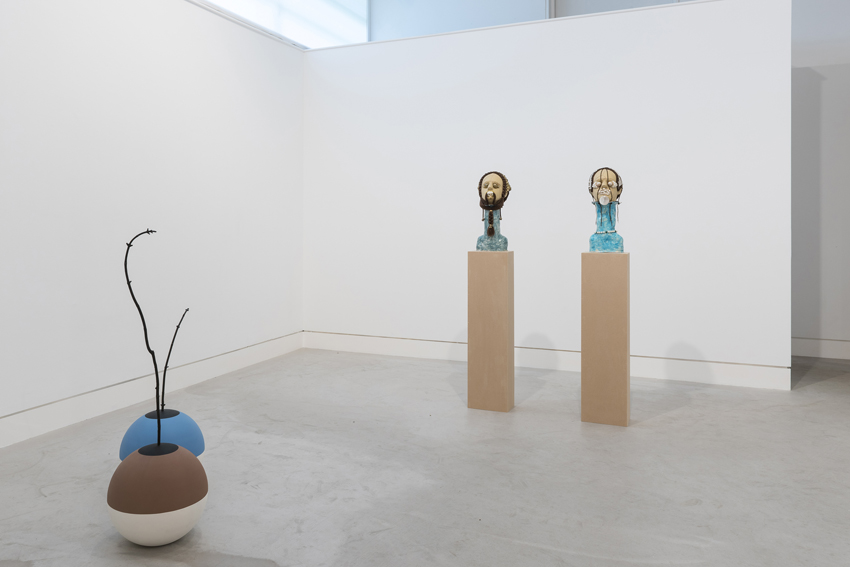 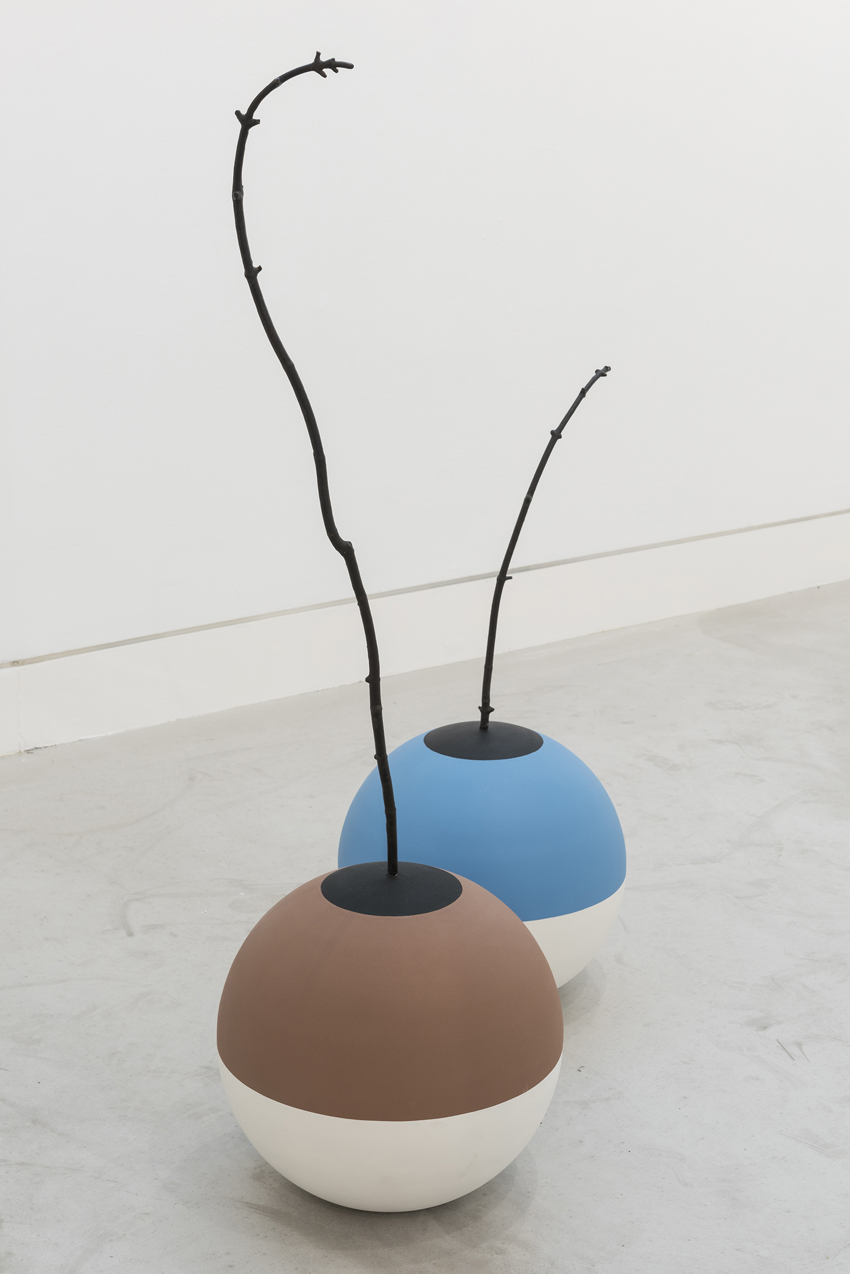 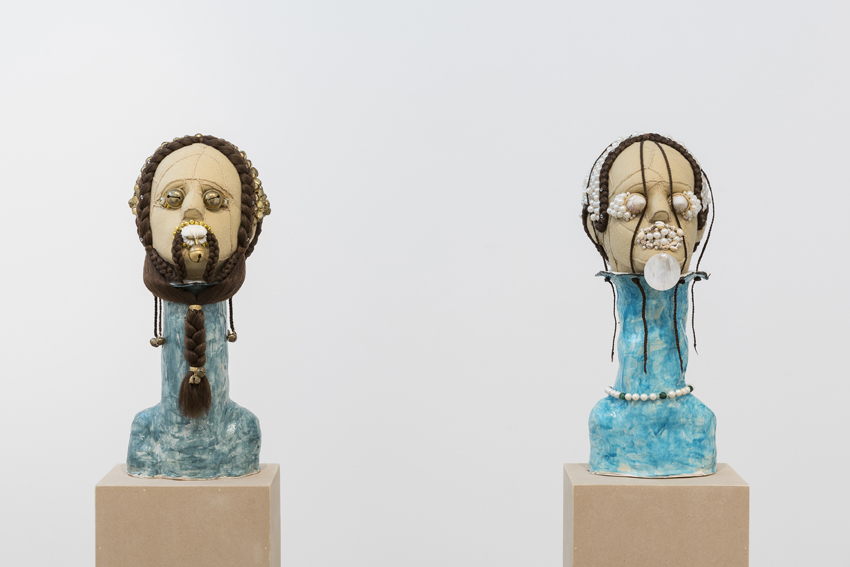 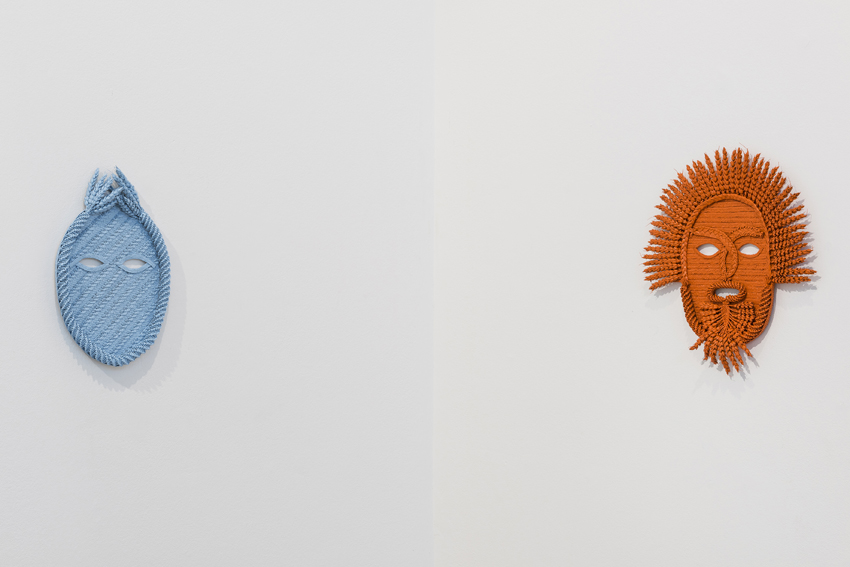 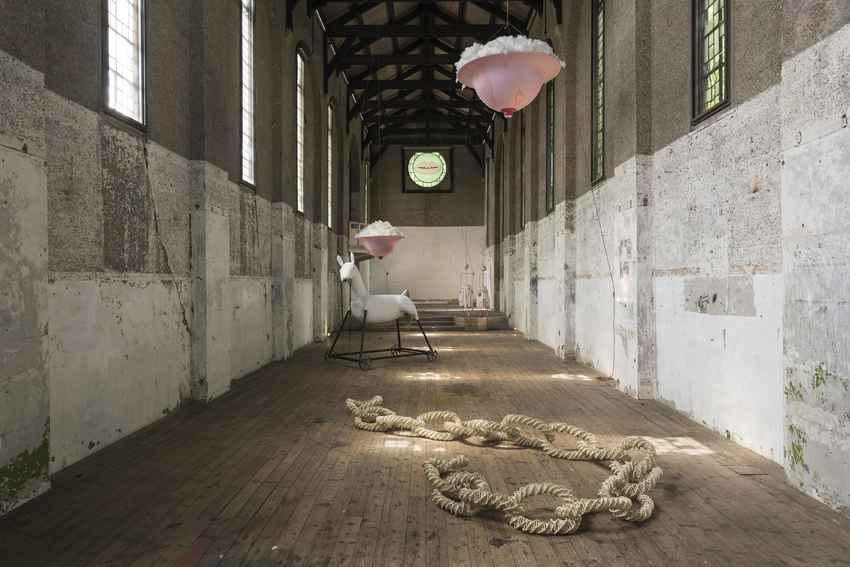 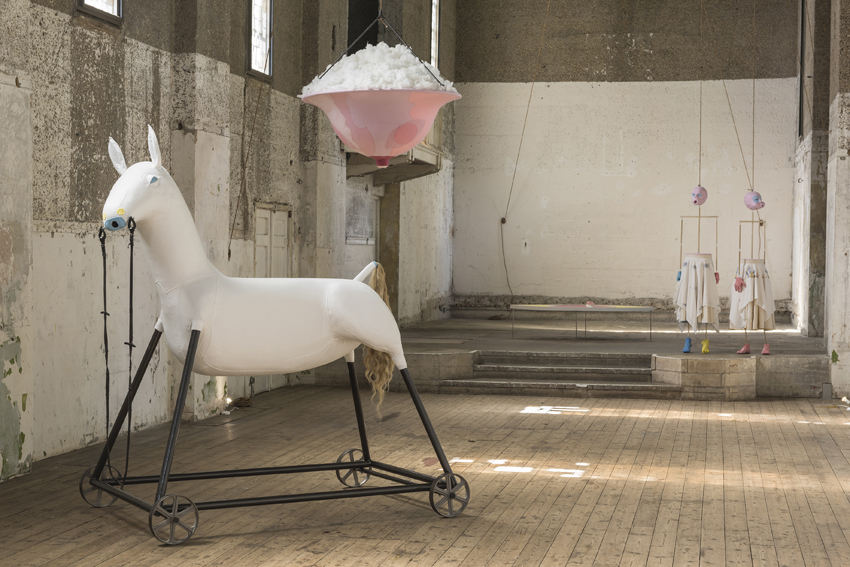 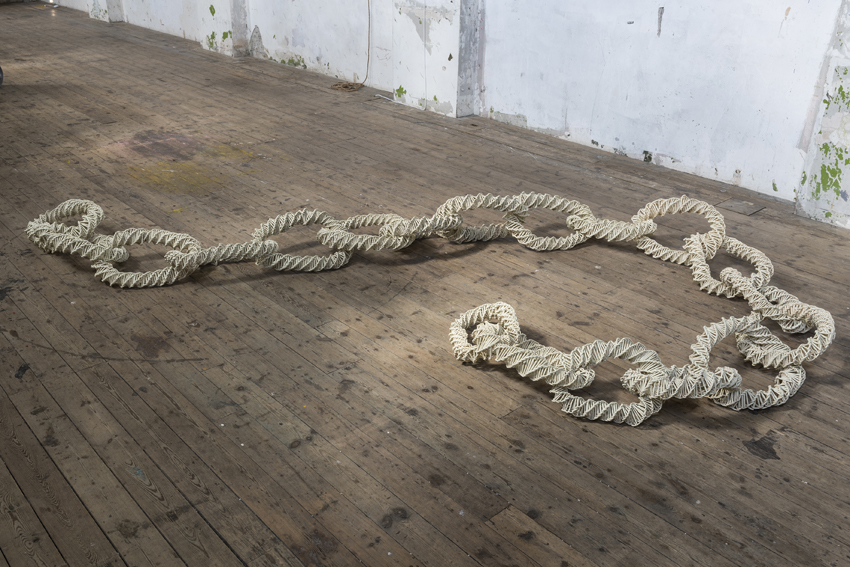 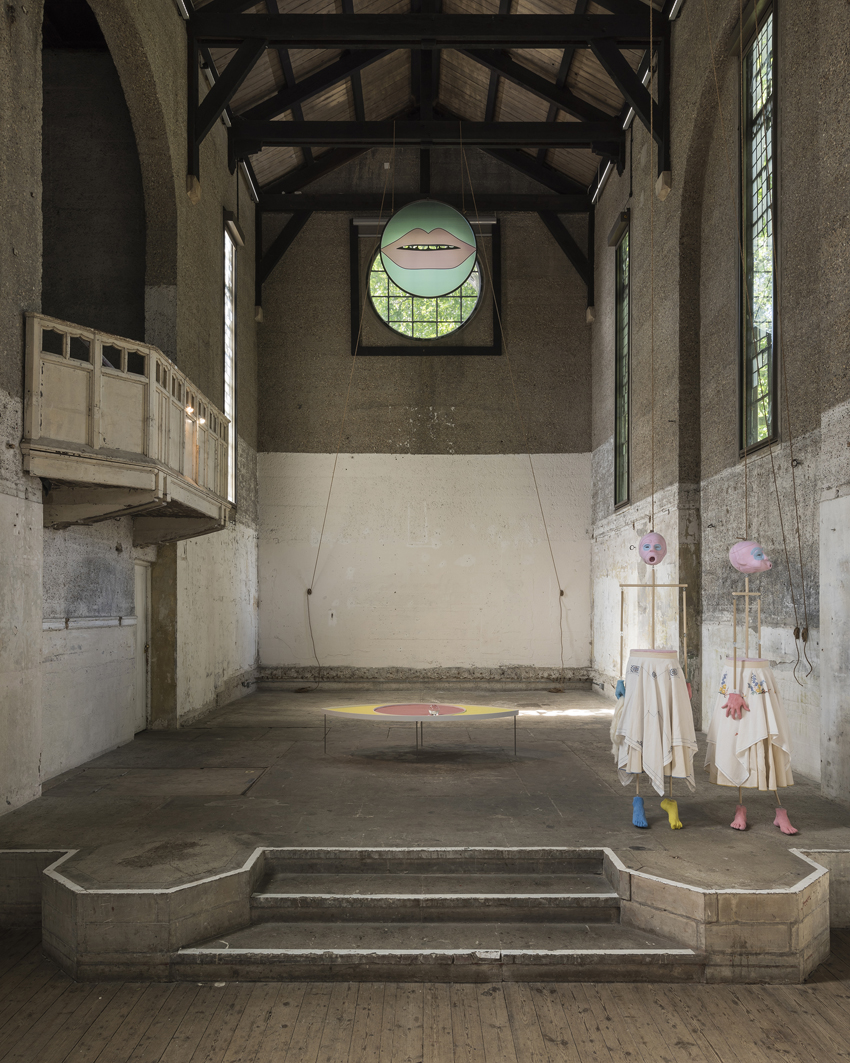 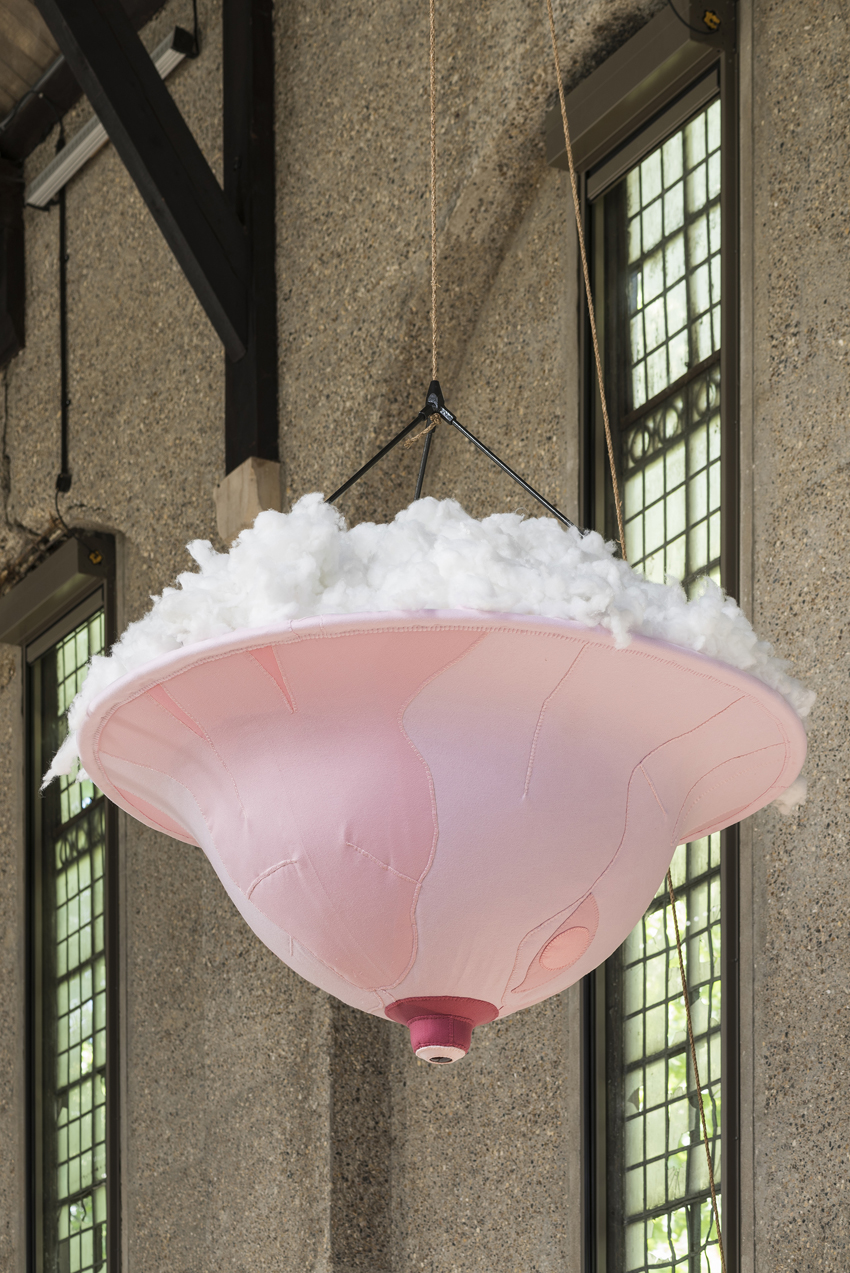 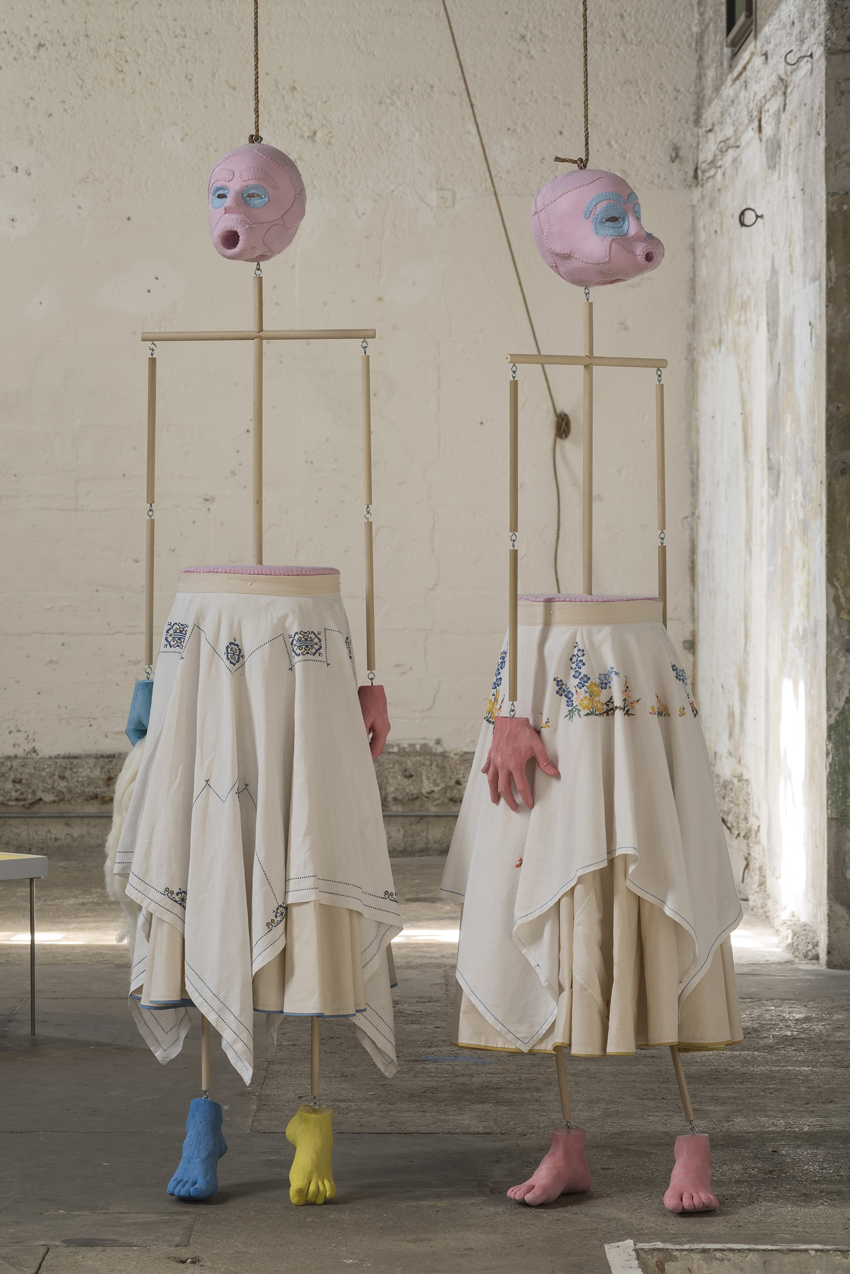 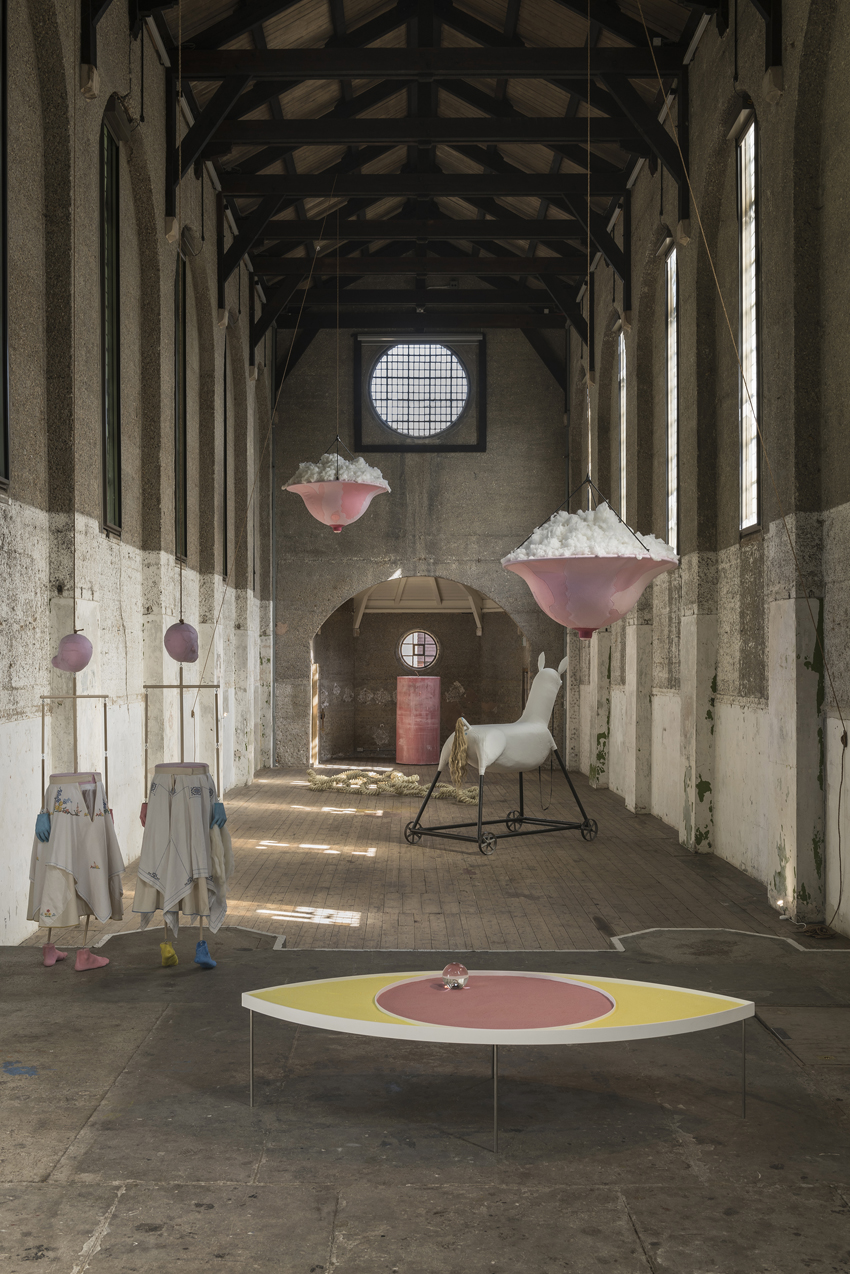