In his artistic practice Cologne based artist Jan Hoeft accurately investigates structures, mechanisms and aesthetic codes of subcultural scenes and further adapts them for his artworks.

For NAK’s exhibition Jan Hoeft / Xavier Mary Hoeft realizes a new series of works as one space-filling installation. Therefore he incorporates technology of computer tuning, originating from the gaming scene. Said technique is generally used to cool down computers, whose processors and internal components heat up during long-time gaming sessions. Countervailing the heat a closed circuit composed of pumps, tubes and gaskets carries a liquid past the heated parts. Hoeft decontextualizes these complex techniques and hence transfers them into the art world.

Positioned in the center of the room installation Heatkiller there is a sculptural item consisting of four tinted windows, square-cut in its layout, each glass panel provided with one pump. Emerging from these pumps is a black liquid, sparkling with silver glitter, running towards the pictorial elements attached to the walls of the exhibition space. The pictures are printed on twin-wall sheets, which are used as an advertising medium in public space and are easily mounted via cable straps. With a clear look for details, Hoeft not only uses the material, but the right manner of montage for his installation as well.

The motives of these picture carriers are borrowed from stock photography. Stock photos are produced, provided and sold by agencies. Hoeft isolates these picture which are mainly used in advertisment from their original purpose and brings them into the context of art. On closer inspection the extreme arti ficiality of the stock photos becomes obvious; they appear aesthetically clinical and sterile. The persons pictured in Hoeft’s work resemble staffage in an allegedly perfectly arranged ensemble. Neutrally formulated titles such as Suitcase or Sky allows one to draw conclusions regarding the buzzwords Hoeft might have used to collect the material for this exhibition.

Belgian Xavier Mary chose the subtitle Dance Floor of Emergency for his works presented in the exhibition Jan Hoeft / Xavier Mary. In his artworks Mary broaches the issue of socio-economic problems of a present-day affluent society, at the same time crafting an almost modern fable about fading dreams and virtues in the afterglow of the bygone industrial age.

The two sculptures Harry and Henry in the central exhibition space on the ground floor of the Kunstverein are composed of two different tractor elements dating back to 1965, a John Deere 710 and a Massey Ferguson 165. Surrounding these two pieces is a site-specific wall installation We’ll roll coal until we die (2018), created by grit blasting the walls with carbon dust. The exhibition space resembles a garage, a car repair shop or a tractor factory, the smell of petrol and oil filling the air.

On the one hand Mary’s intervention unearths residues of exhibitions long past at NAK (Lucy McKenzie’s 2003 trompe l’oeil paintings become visible again) and on the other hand it emblematizes metaphorically the dust of time, referring to the anecdotic story of the handshake-agreement between Harry Ferguson and Henry Ford. Said verbal contract lead to the mass-production of Harry Ferguson’s innovative tractor model. The Ferguson system revolutionized and restructured agriculture in the USA and replaced the horse as draught animal. Due to the missing written agreement Ferguson sued Ford for damages in patent violations in 1948. The legal dispute lasted for years, resulting in Ford having to pay amends in 1952, as Ferguson won in court. By the re- and deconstruction of the historic facts Xavier Mary hints at the mechanical origins of the western industrial society and in addition relegates to the competitive situation between European and US-American corporations in the emerging capitalism of the 20th century. 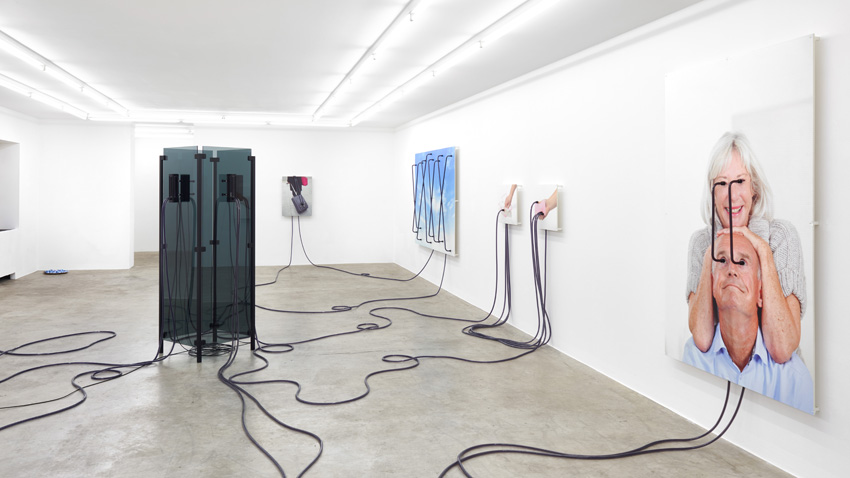 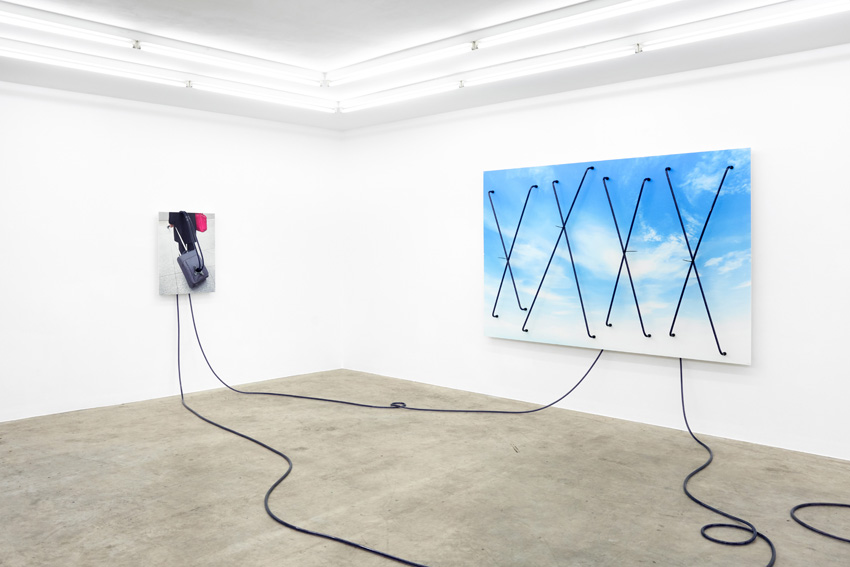 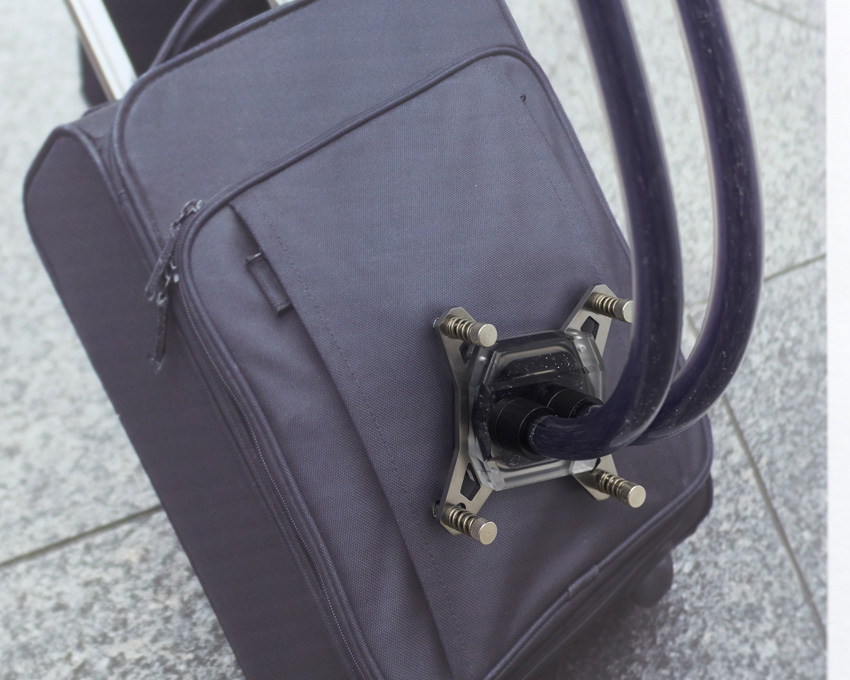 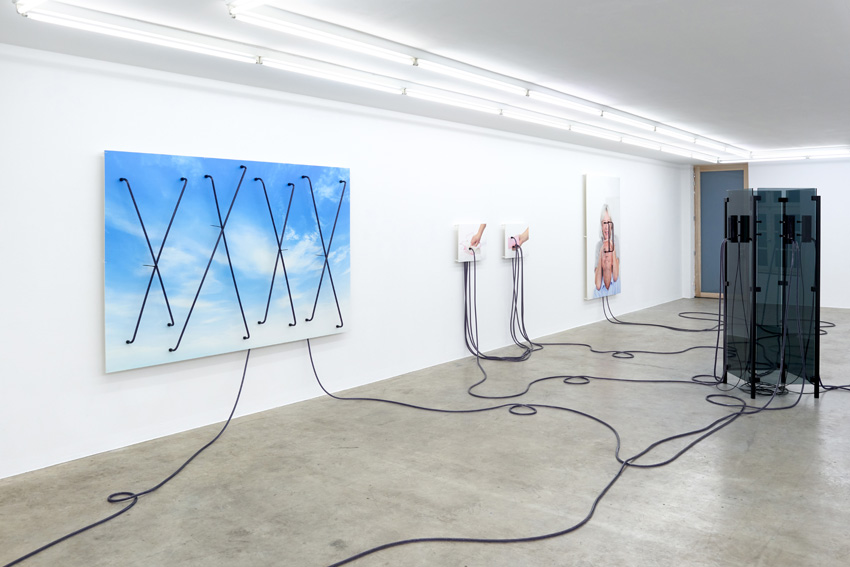 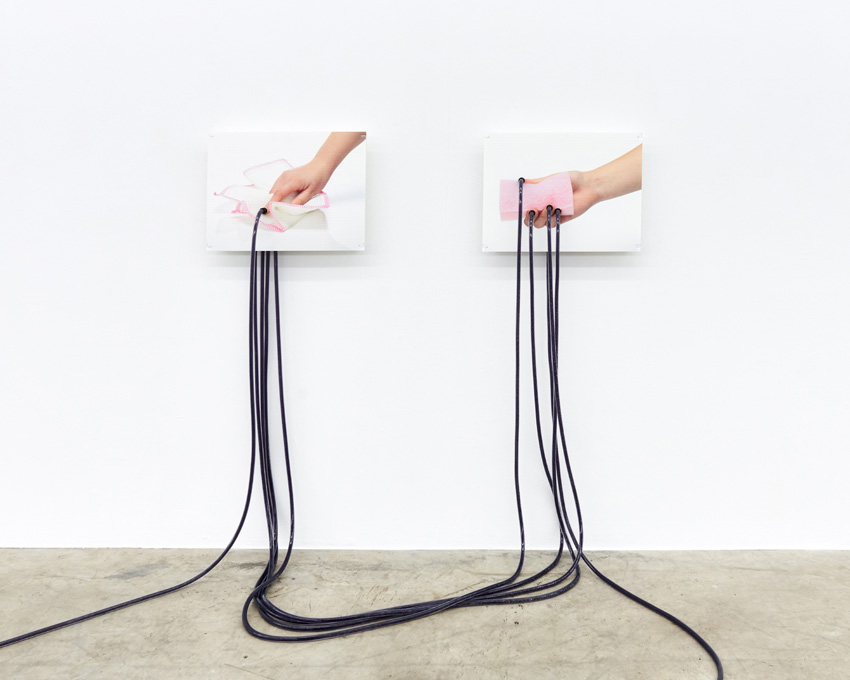 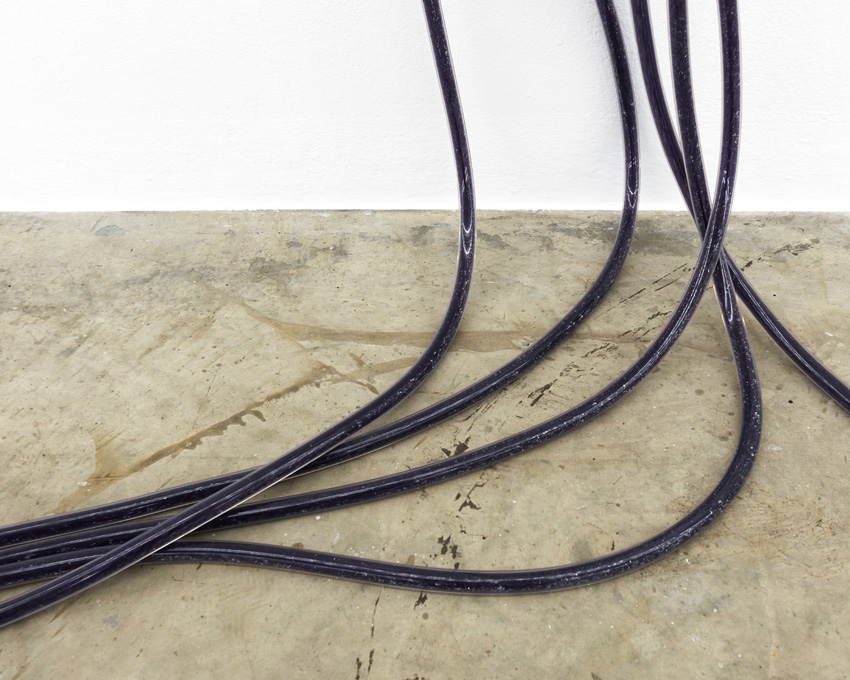 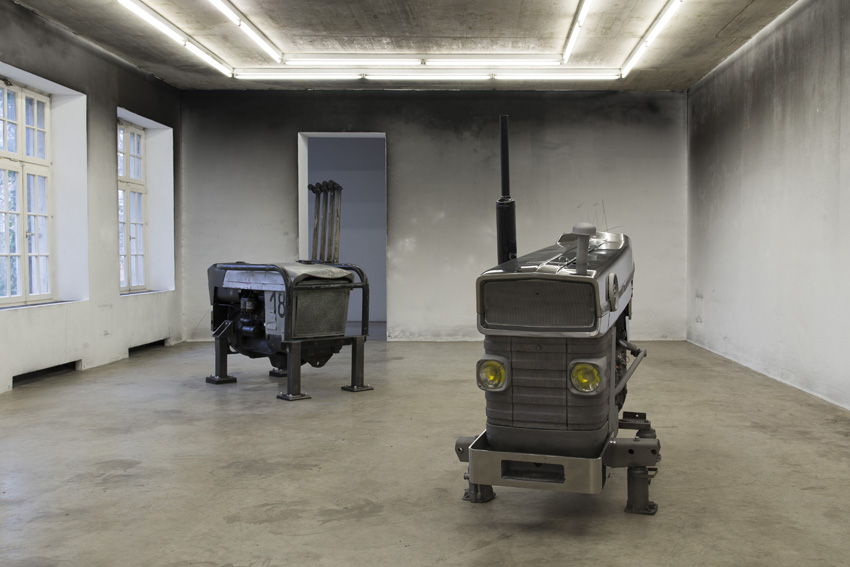 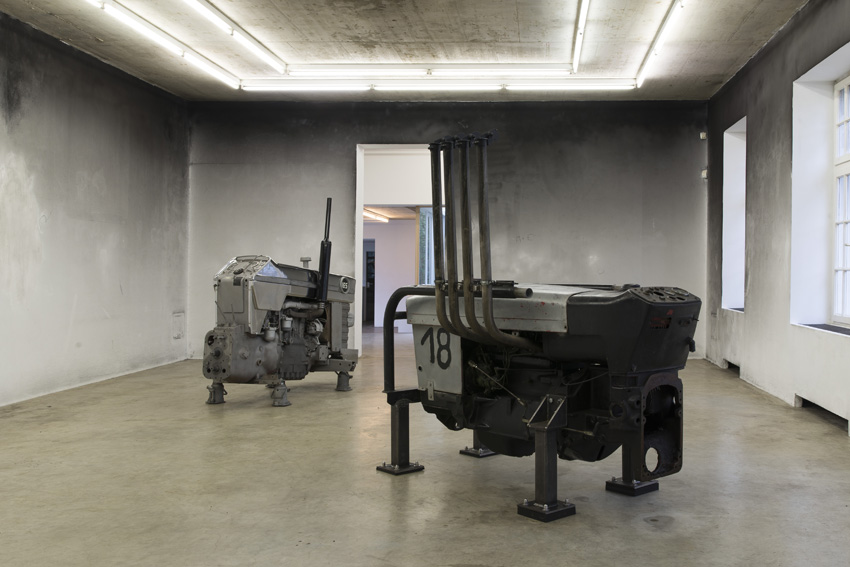 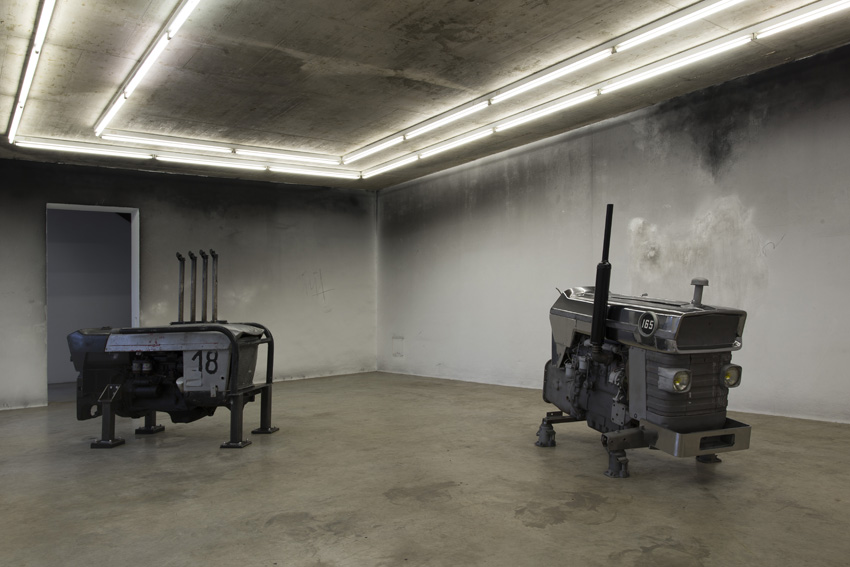 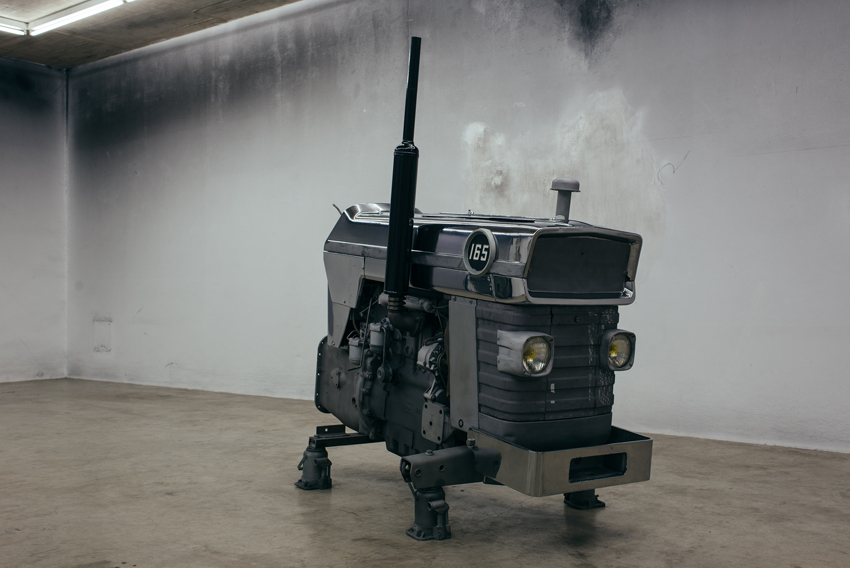 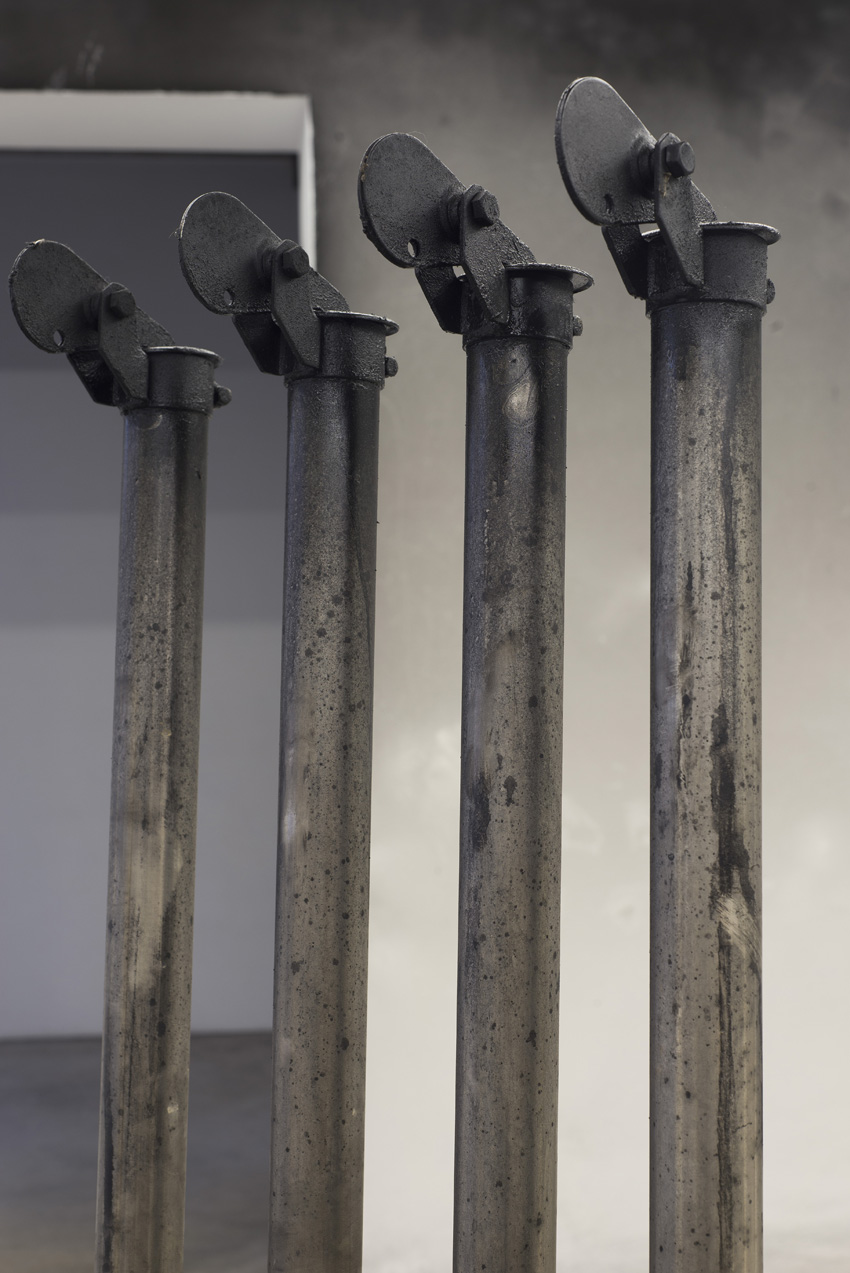 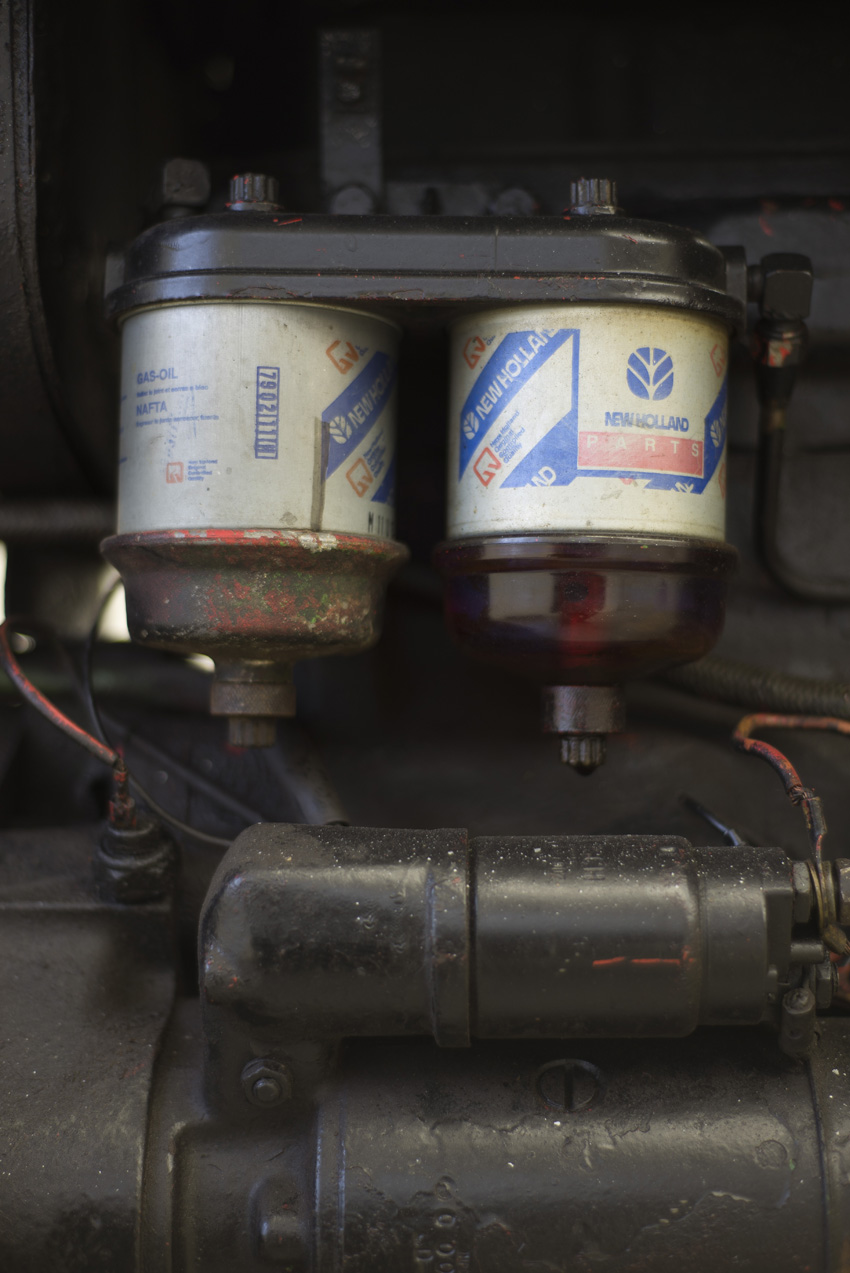 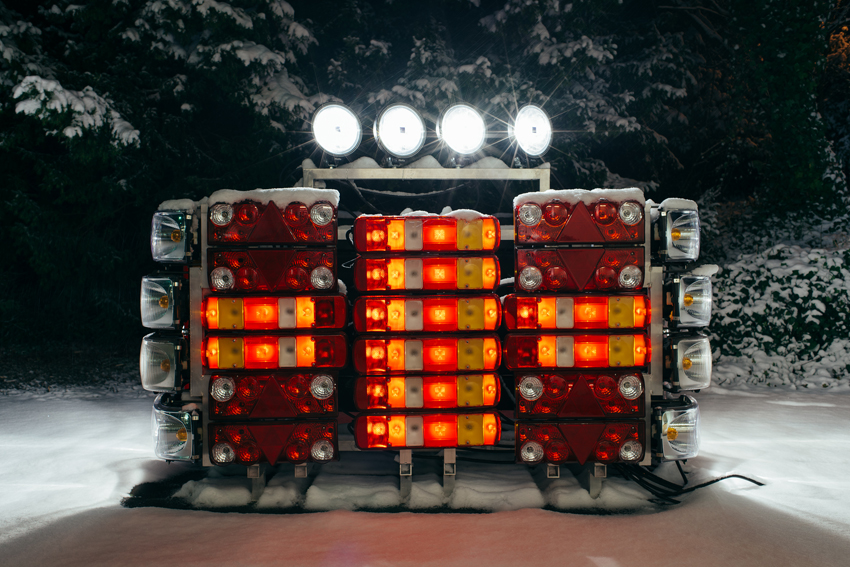