A carpet of dust collected at WIELS over the course of a year shines underneath a spotlight, which shifts like a shadow throughout the day. Following this nomadic, shifting frame the dust is meticulously brushed back under the light. This in-situ installation One Thousand and one Nights sets the tone for Brussels’ first major retrospective by Belgian artist Edith Dekyndt (°1960, BE). On this carpet we are invited to enter her alchemist universe of projections, painterly abstracts and drawings, visual objects and installations, all grasping a permanent state of transformation. 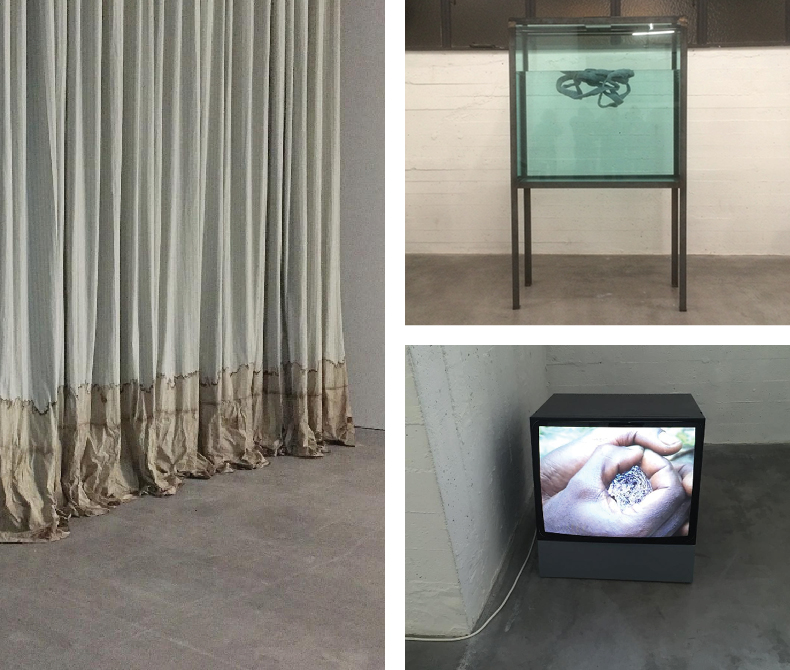 Or at least trying to. Like a scientist, Dekyndt experiments;  she renders tangible and visible intrinsic processes, revealing the strongly material composition of our interconnected world. Galvanized by the post-industrial space at WIELS, Dekyndt constructed a scenario of interactions that almost smell of the former brewery, using materials as copper, yeast, earth, water from the local river Senne, and the bacteria used to brew the Brussels specialty beer Geuze. Combining existing and new works, she links the specificity of the site with the characteristics and general qualities of natural elements and forges connections between the particular and the universal. 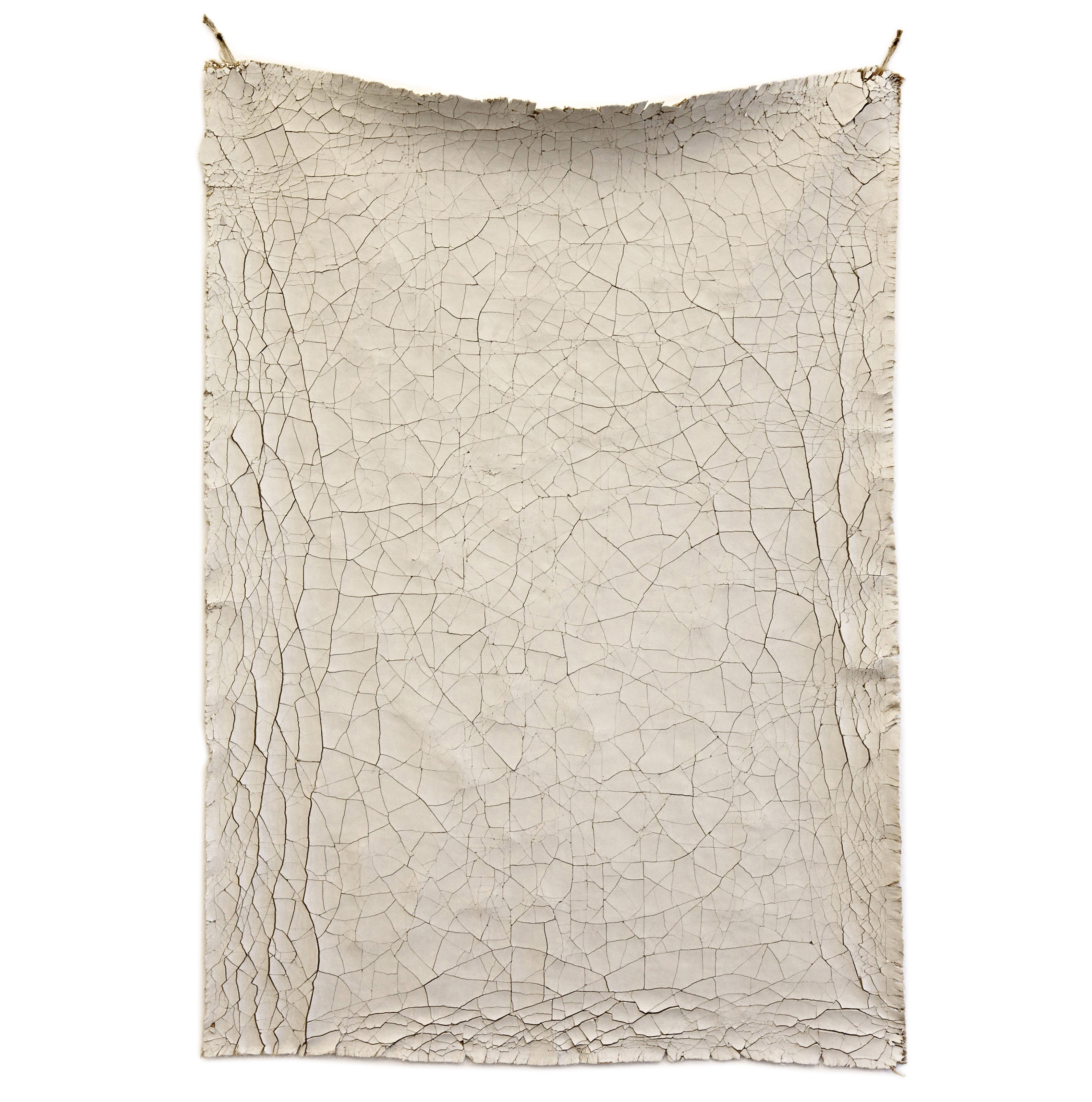 Dekyndt’s physical oeuvre, filled with density and gravity, wavers in between touching the unpredictability of the planet’s environment and the dependence or responsibility of human beings. Her laboratory subtly but decidedly refers to an ecological awareness that does not judge but rather embraces the transitional matter of course. In examining the relationship between organic and inorganic energy through the fascinating properties of materials, she equally questions the difference between here and elsewhere, between ancestry and origin, taking her own trajectory as her starting point for opening up the world.

The title of the exhibition Indigenous Shadow is borrowed from a 2008 work made at the birth and burial place of Edouard Glissant – who coined ideas as métissage (‘cross-breeding’) stating the mutual permeability and permanent evolution of cultures, languages and things. It comprises of a flag made of hair stuck between rocks, overlooking the Diamant coast in Martinique where in the beginning of the 19th century a clandestine slave boat transporting a hundred African captives was entirely destroyed. 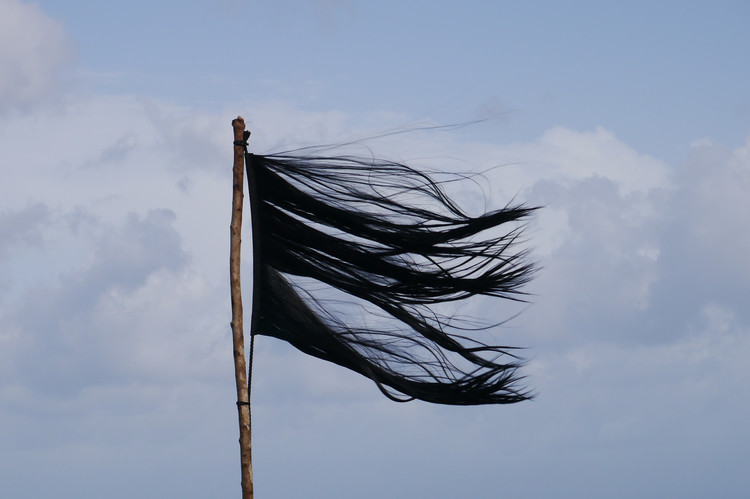 Images courtesy of the artist and Wiels, Brussels