Eleven things to see around Paris during FIAC

If you missed Frieze Week in London two week ago, you’re getting another chance to submerge yourself in the best the art world has to offer – this time in Paris. On Thursday 20 October, the 43rd edition of FIAC – Foire Internationale d’Art Contemporain – opens at the Grand Palais, bringing together 183 of the most prestigious galleries from 26 countries. Of course, there is plenty to do around Paris coinciding with the fair. We’ve gathered some of the most exciting shows and events. 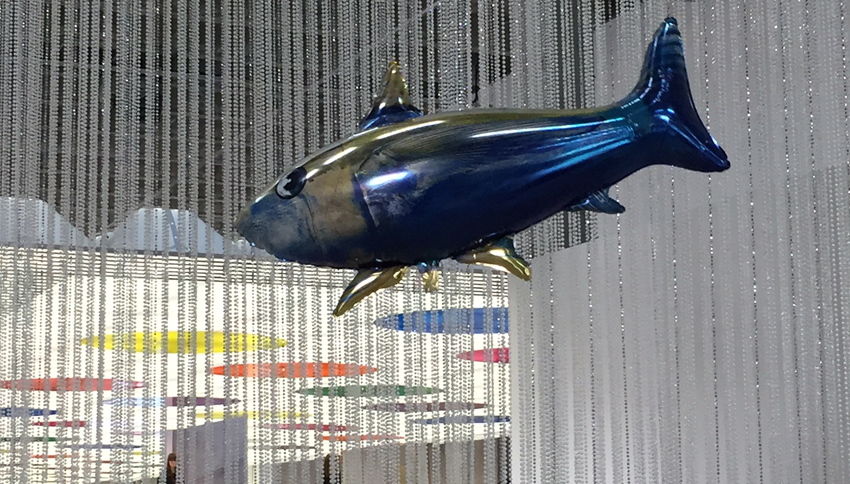 Courtesy of the artists and Palais de Tokyo. Photo by Emilie Lauriola

This is the second exhibition in a series of “carte blanche” shows – interventions by artists covering the entirety of the 13,000m² exhibition space of Palais de Tokyo. The series was inaugurated by Philippe Parreno in 2013. Tino Sehgal brings together a selection of his most important work, shaped around the labyrinthine architecture of Palais de Tokyo, alongside pieces by other artists he has invited, such as Daniel Buren, James Coleman, Félix González-Torres, Pierre Huyghe, Isabel Lewis and Philippe Parreno.

Tino Sehgal challenges conventional museum exhibition precepts by placing a central focus on social interaction, rather than the inanimate object. His artworks are brought into existence through human capacities such as dance, speech and song, and are present during the entire opening hours of the show. Often involving the visitors, each work has its own specific emotional and aesthetic nature.

This young satellite fair is only at its second edition, but has already made a name for itself as the most interesting place to discover new talent. Paris Internationale is a joint initiative from four Paris galleries – Crèvecoeur, High Art, Antoine Levi and Sultana – and Zurich based Gregor Staiger. It’s a collective attempt to develop an appropriate model for fostering new initiatives and promoting contemporary art through national and international collaborations with artists, curators, galleries and project spaces.

Paris Internationale  takes place in an hôtel particulier built in 1897, most notably known as the Parisian residence and salon of prominent art collector Calouste Gulbenkian. The four story mansion will host 61 participants, including 54 galleries and 7 project spaces hailing from 21 countries. 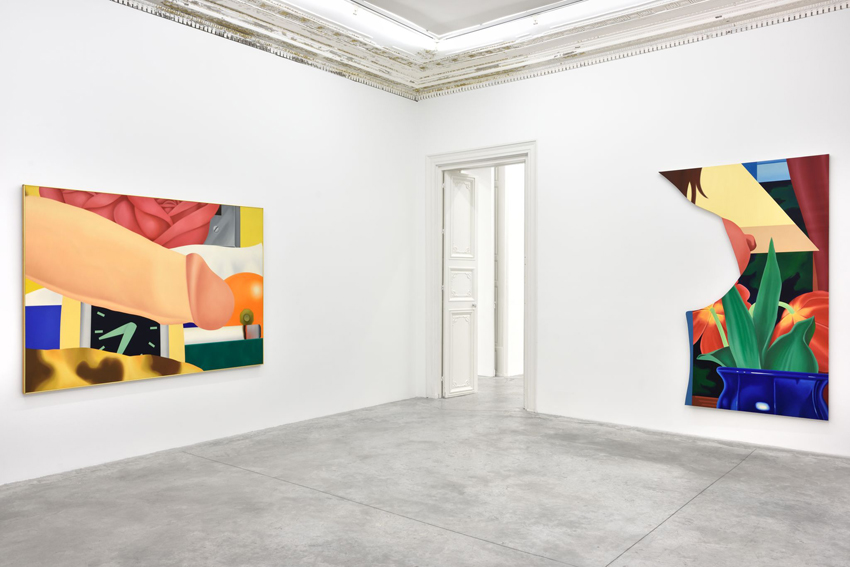 Courtesy of the Estate of Tom Wesselmann and Almine Rech Gallery 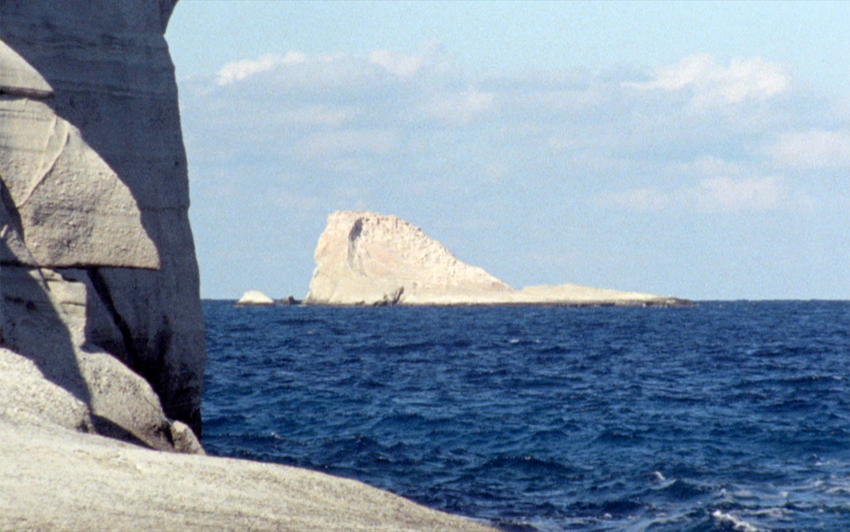 Courtesy of the artist and Jeu de Paume

This exhibition is the last in a series of four solo exhibitions that make up Jeu de Paume’s yearly Satellite program. The comparison of the concepts of oceanic and terrestrial identity, two prisms through which everyone may consider his relationship to the world, are the starting point for Our ocean, your horizon, curated by Heidi Ballet.

Jeu de Paume is presenting a newly commissioned film entitled No Shooting Stars. It is built around the personal narrative of someone whose identity is vested in the ocean, an entity that is willing to unveil the secrets of an underwater world. As the film progresses, images merge and dream-like scenes drift in dissonance with a narration. Alongside this new film, a series of new photographs are shown. 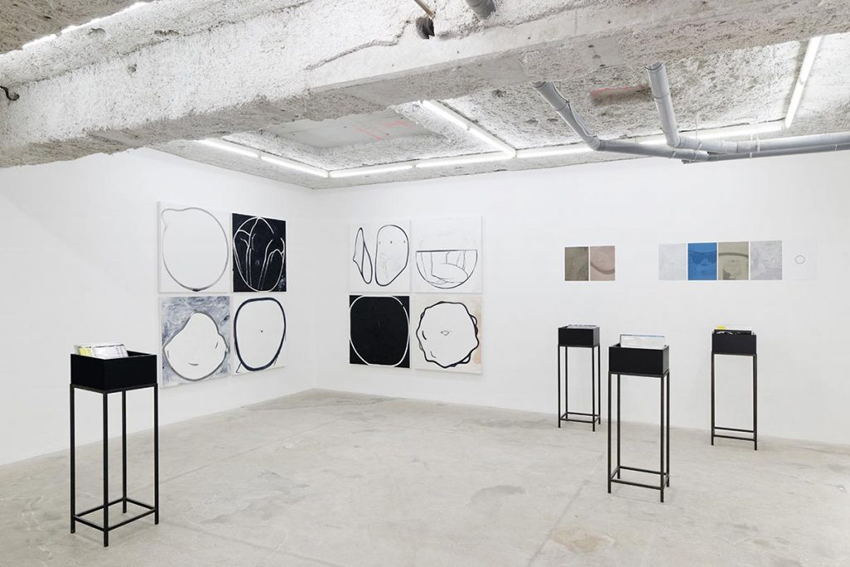 Courtesy of the artist and Galerie Balice Hertling

For her second solo show at the gallery, Julie Beaufils presents two quadriptychs of large-scale abstract oil paintings and standing boxes containing rows of small ink drawings showing portions of female bodies, featureless male characters, speechless speech bubbles and empty trademarks. Also, a series of figurative oil paintings, showing scenes from a popular television series for teens that came on after school in the nineties. All the depicted subjects’ identities and narratives are left open-ended. These works evoke those free spaces, moments after school, after work, just hanging out, watching t.v., thumbing through records, daydreaming. They give form to feelings, floating and disembodied, but thrilling nonetheless. 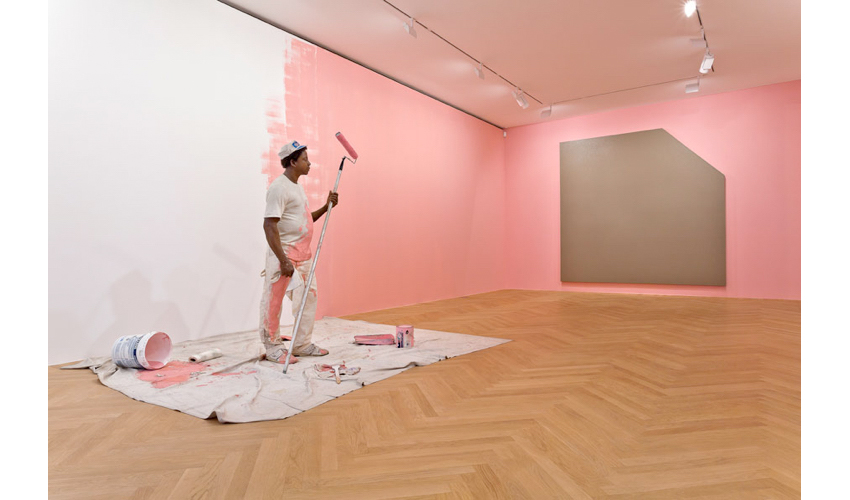 Courtesy of the artists and Gagosian Gallery. Photo by Zarko Vijatovic

The hyperrealistic sculptures of Duane Hanson and the minimalist paintings of Olivier Mosset are brought together in this exhibition for the first time. The two artists, radically different and equally extreme in their respective lines of inquiry, seek, each in his own way, to test the boundaries of human perception. In a potent juxtaposition that contrasts the aspiration toward sublime neutrality with the desire to represent the pathos of human reality, two poles of twentieth-century art create arresting physical experiences, in which the viewer can consider his or her own ways of seeing. 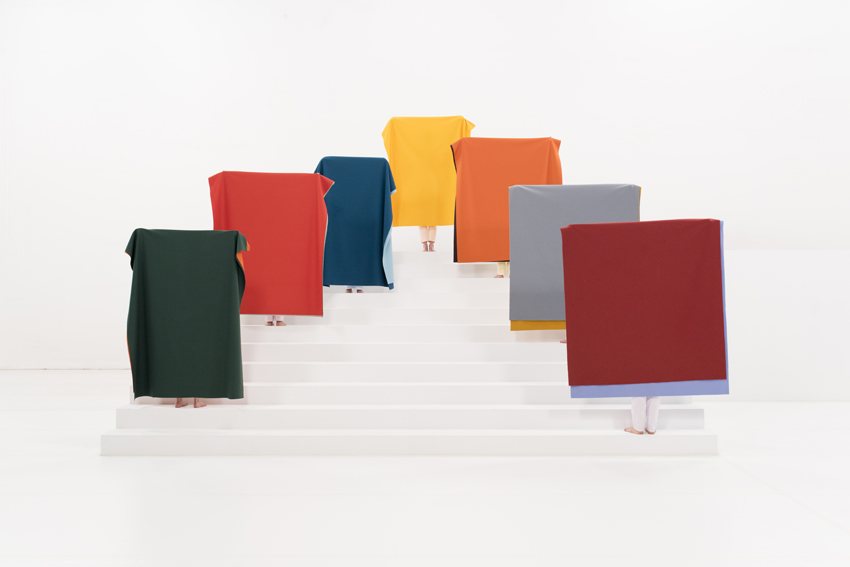 Ulla von Brandeburg – It Has a Golden Sun and an Elderly Grey Moon (video still). Courtesy of the artist, Art : Concept and Centre Pompidou. Photo by Martin Argyroglo

The Marcel Duchamp Prize was created in 2000 with the ambition to honour a French artist or artist residing in France, representative of his or her generation. In keeping with the essential artist after whom it is named, this prize wishes to bring together the most innovative artists of their generation on the French scene and encourage all of the new artistic forms, thereby stimulating creation.

The 16th edition of the prize sees a new format, includes the organization of a group exhibition of the four nominated artists – and not just for the winner as before – to be shown for 3 months in the Centre Pompidou. This year the nominees are Kader Attia, Yto Barrada, Barthélémy Togua and Ulla von Brandenburg. 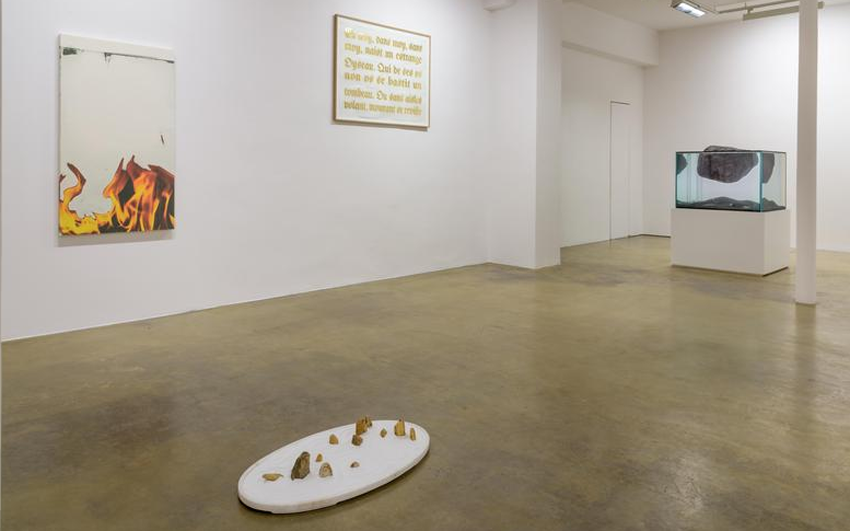 Courtesy of the artists and Galerie Chantal Crousel. Photo by Florian Kleinefenn

This exhibition explores its own mutations and tales, through the illusion of a parallel world, a space of communion between the four elements. Fragment of a sublimated reality, Pierre Huyghe, Tarek Atoui, and Roberto Cuoghi unveil many small and secret lives. Then comes the terrestrial cap, the salt journey from Northern Mali, and the work of rough and translucent matter, with Melik Ohanian, Wolfgang Laib, Gabriel Orozco, Marcel Broodthaers, Zheng Guogu and finally, Jean-Luc Moulène.

José María Sicilia, Robert Filiou, David Douard, Moshe Ninio and Danh Võ examine the elements of the surface, where nature, as fragile and elusive as it can be, is reduced to nothing. At last, and with boldness and simplicity, Yves Klein, Wade Guyton and the duo Jennifer Allora & Guillermo Calzadilla transgress the boundaries of what is apparent, “light is emitted, reflected, refracted, inflected, and heats bodies.” Out of reach, Wifredo Lam, and Wolfgang Tillmans enlighten us on what matters, the untouchable: the heavenly bodies. 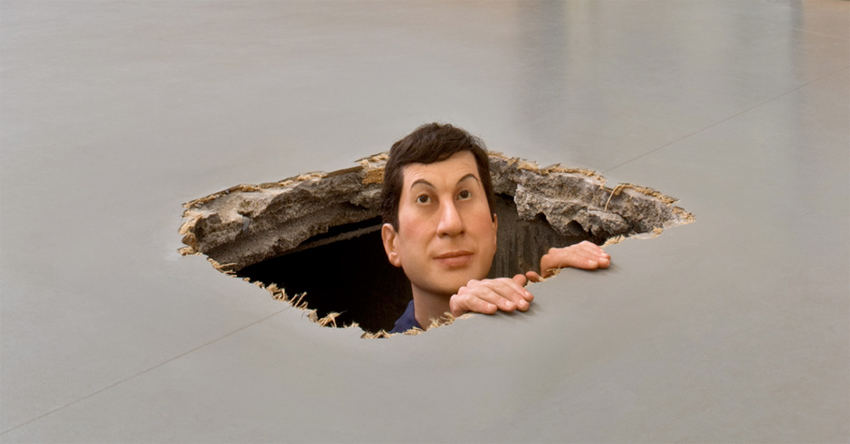 Courtesy of the artist

Five years after his retrospective exhibition at Guggenheim NY, where he announced his retirement from the art world, Maurizio Cattelan is returning with a large selection of works to be displayed in the 18th century salons of la Monnaie de Paris. The image of the artist, and the art of staging his own persona will be at the centre of this exhibition. 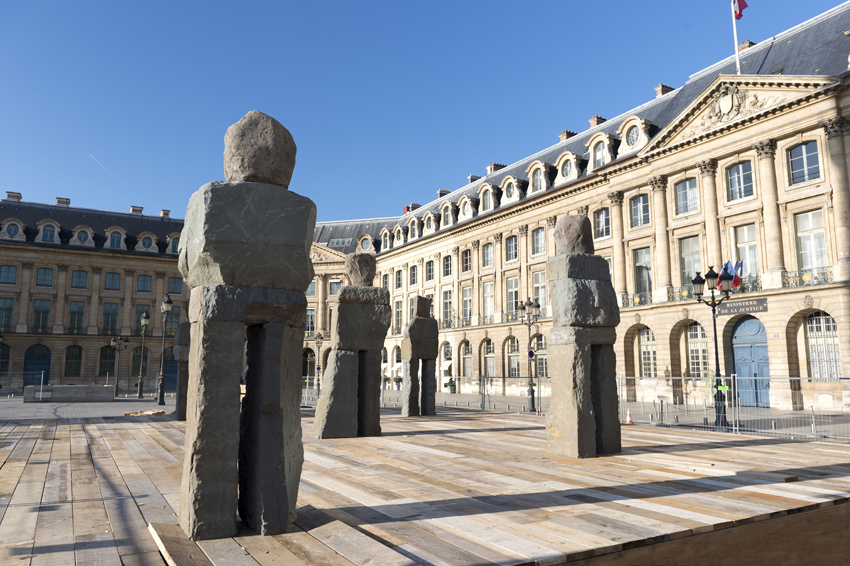 As always, there is a large extra muros program connected to FIAC, presenting a wide range of projects throughout the city. For the fifth time this includes a selection of monumental artworks on the Place Vendôme, this year with work by Ugo Rondinone. Furthermore, for the eleventh time already, a series of outdoor works are located in Le Jardin des Tuilerie with among others Joe Bradley, Mircea Cantor and Michael Sailstorfer. Another must-see is On Site, an exhibition of forty sculptures and installations in and around the Petit Palais – including work by Abraham Cruzvillegas, Jimmie Durham, Mandla Reuter, Manfred Pernice and Lawrence Weiner. 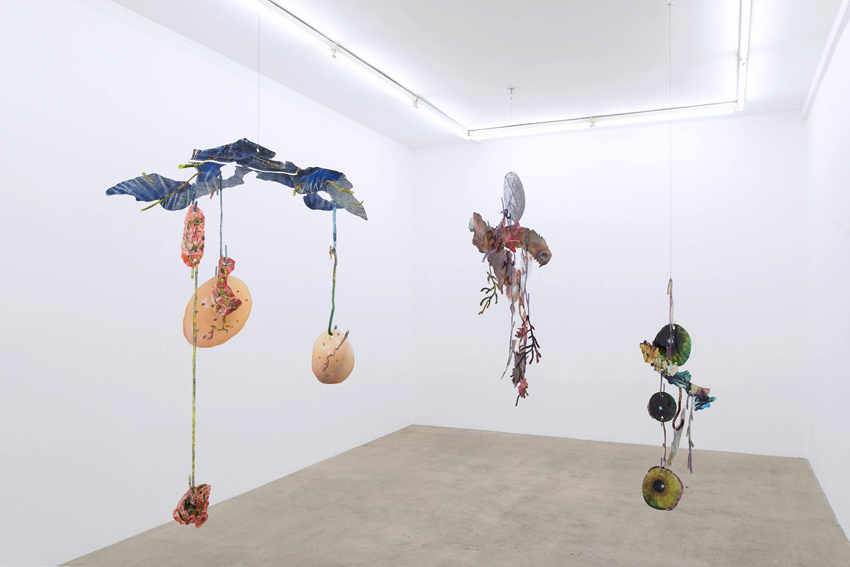 Courtesy of the artist and Galerie Escougnou-Cetraro

Similarly to earlier series made by objects and materials found while wandering, David de Tscharner’s new series presented at Galerie Escougnou-Cetraro are based on the formal and poetic potential of images he collected on Instagram. The artist selected details from images, and saved, printed, enlarged, photocopied and silhouetted these before inserting them in resin and plexiglas. Decontextualised and transposed in volume in the form of mobiles, de Tscharner frees the selected images from the continuous feed flooding the web, offering them a second life.