With C O CO, Austrian artist Christoph Meier attempts to generate exchanges between his work, the visitor, and the KIOSK exhibition space. C O CO was developed from C & O, the show Meier presented at Kunstverein Hamburg last year, and will in turn become the blueprint for another exhibition at Casino Luxembourg next year. For each successive location, the specific space is the basis on which new byroads temporarily cross.

Just as the title C O CO is a loose formation of letters that almost forms a word, the half-open, half-closed objects and structures lean against one another, without revealing a specific meaning. C O CO is a temporary interplay of containers that occupy space, while at the same time also creating perforations and see throughs that emphasize the spaces in between.

In contrast to the dominant, domed space, Christoph Meier has installed a light, elemental structure that cannot be completely viewed at one time, and which is every bit as peculiar and theatrical as the surrounding architecture. The space has been taken over by sticks of bamboo. While these follow a strict, meticulously considered raster structure, they uncompromisingly and repetitively penetrate the architecture, right though bricks and sections of glass, indoors and out. The whole assumes an invasive attitude, yet at the same time, it also stands naked and exposed, ungrounded, as if it were the beginnings of a supporting structure for something else altogether, a framework yet to be filled in.

The perforated sculptures assembled around the bamboo work also play with imaginary spaces and in-between forms, and have both minimalist and complex, unique and serial, and distant yet engaged characteristics. Meier wants to keep his ‘social forms’ in constant movement, in conversation, and consequently also in a certain sense incomplete. He hopes to see them separate away from what they are and, together with the visitors, reach out in search of what they could be. They consequently become table, pedestal, a thing to hold on to, or a stage – in short, carriers of meaning open to dialogue. In the case of the three table sculptures untitled (Discotheque II-IV), the distribution of mezcal is part of the experience, whereby the work consequently creeps under the skin and into the mind of the visitor. Here, the visitor is as much a protagonist as the work itself. This has an echo of the performative neon installation, Proposal for a Discotheque, which Meier created for KIOSK in 2009, when KIOSK was still located in the pavilion in the front garden. The works shed light and colour on one another: although traces of use betray a history, shared or otherwise, some might claim to be site-specific or autonomous, while others hold up a mirror to one another, and to us. 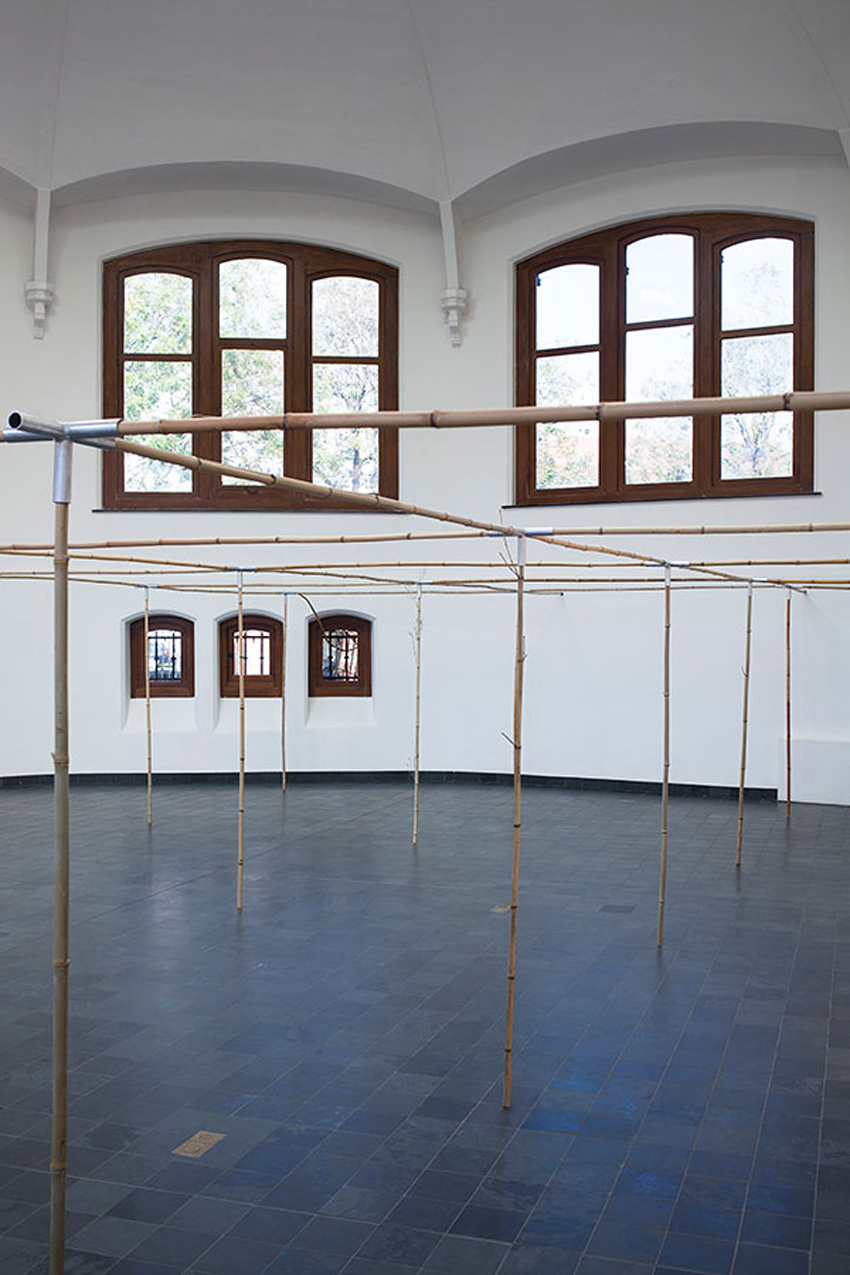 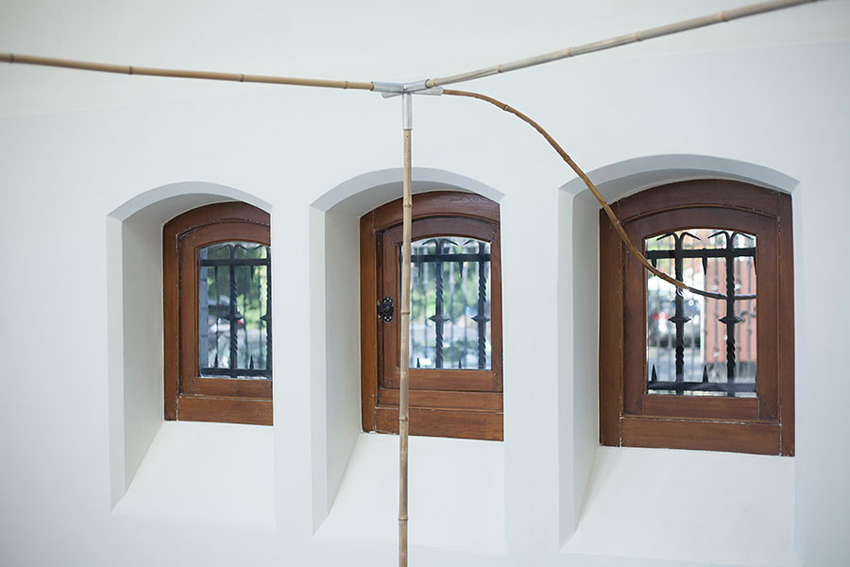 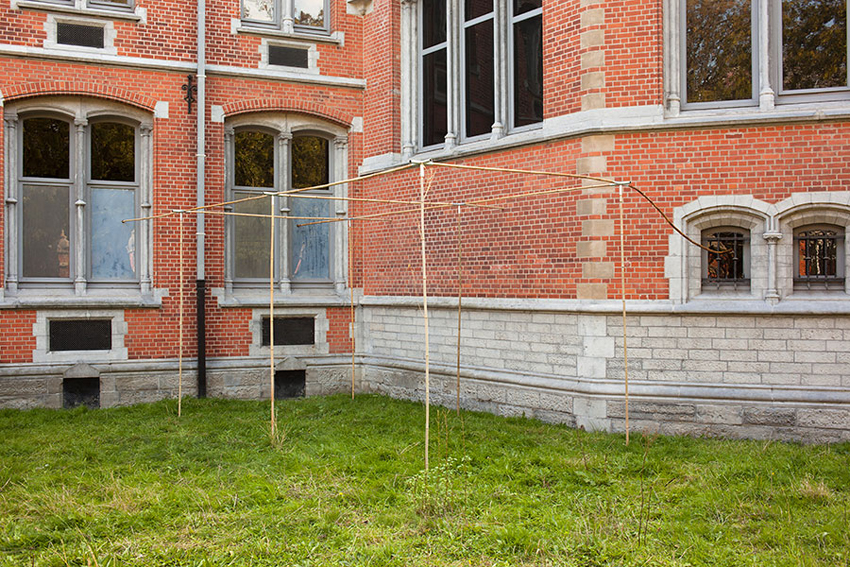 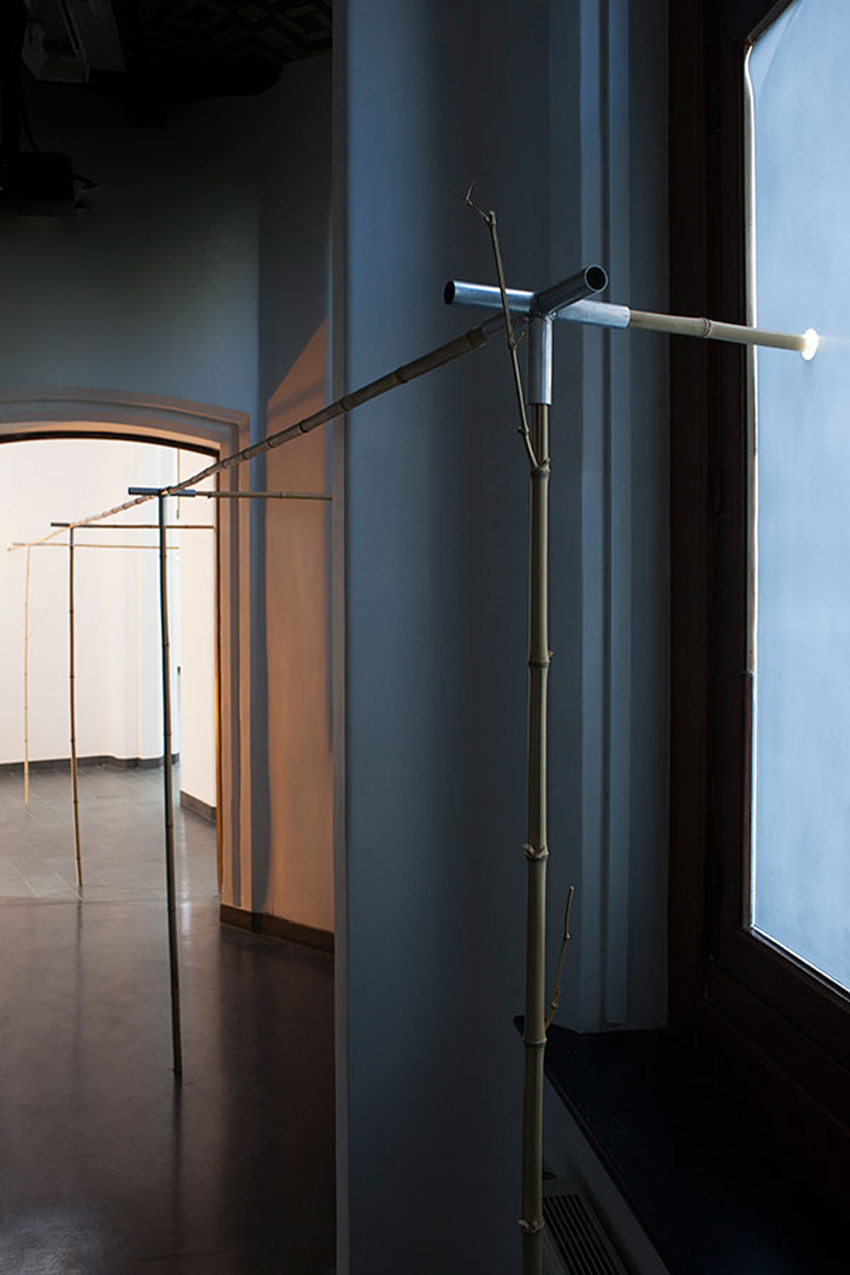 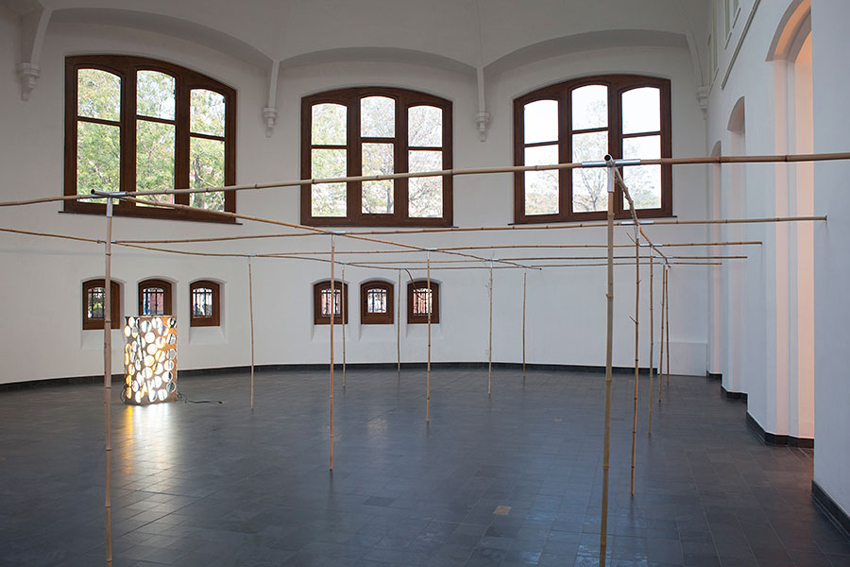 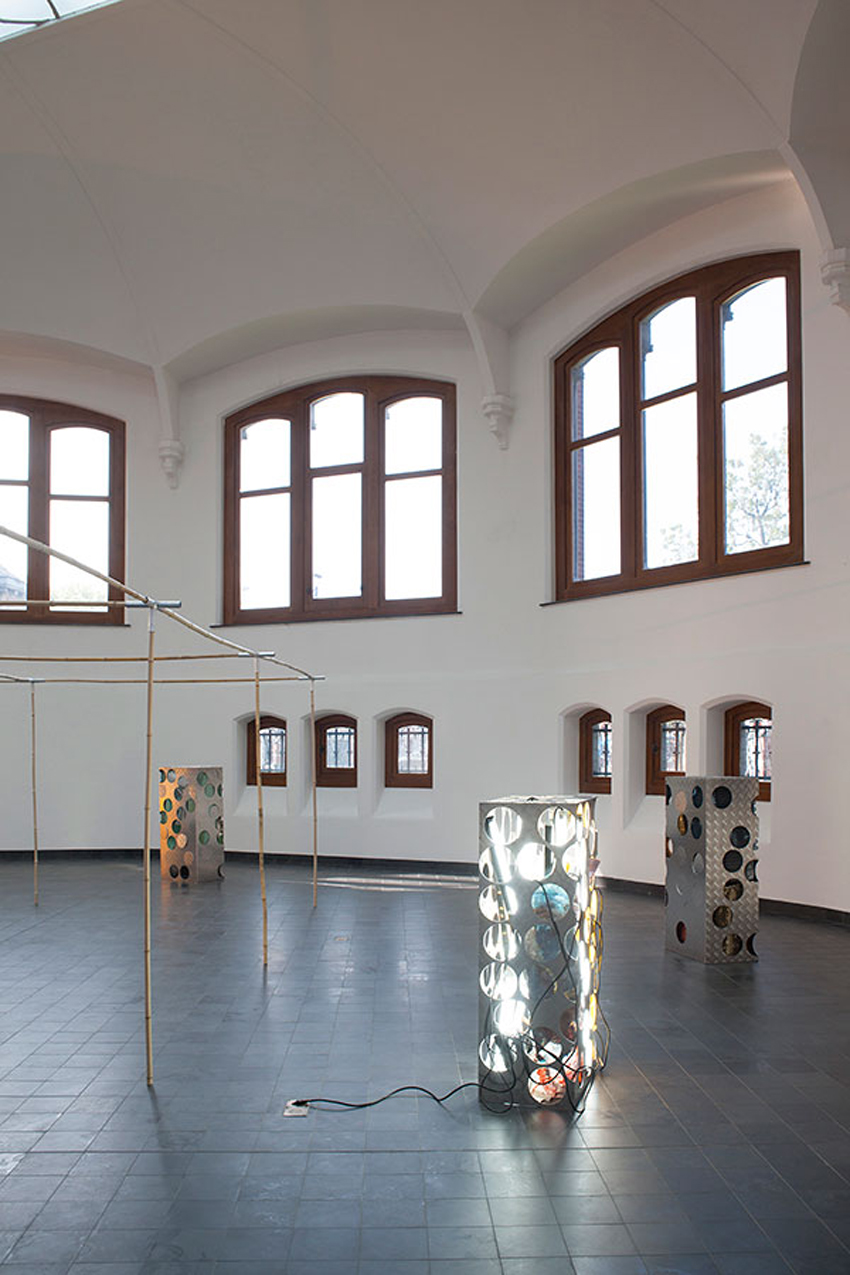 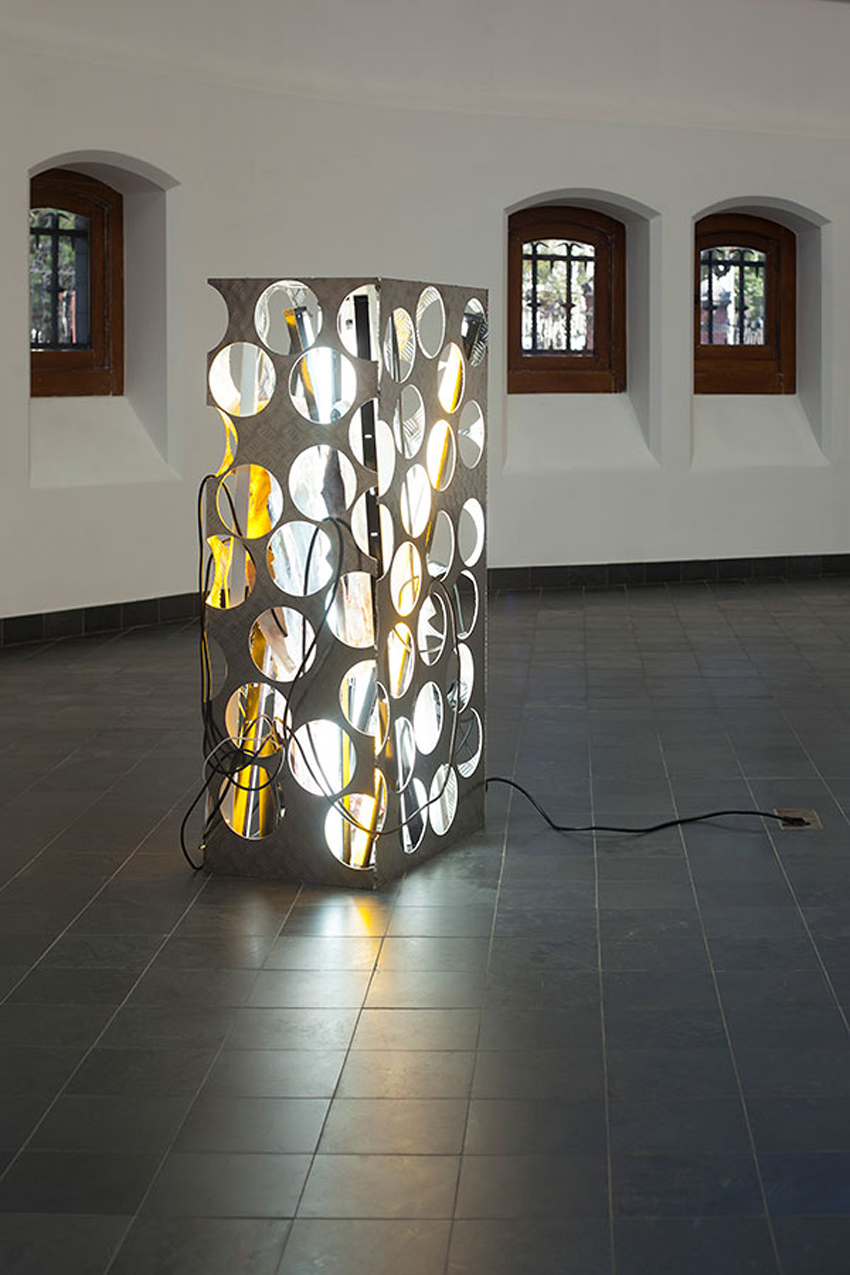 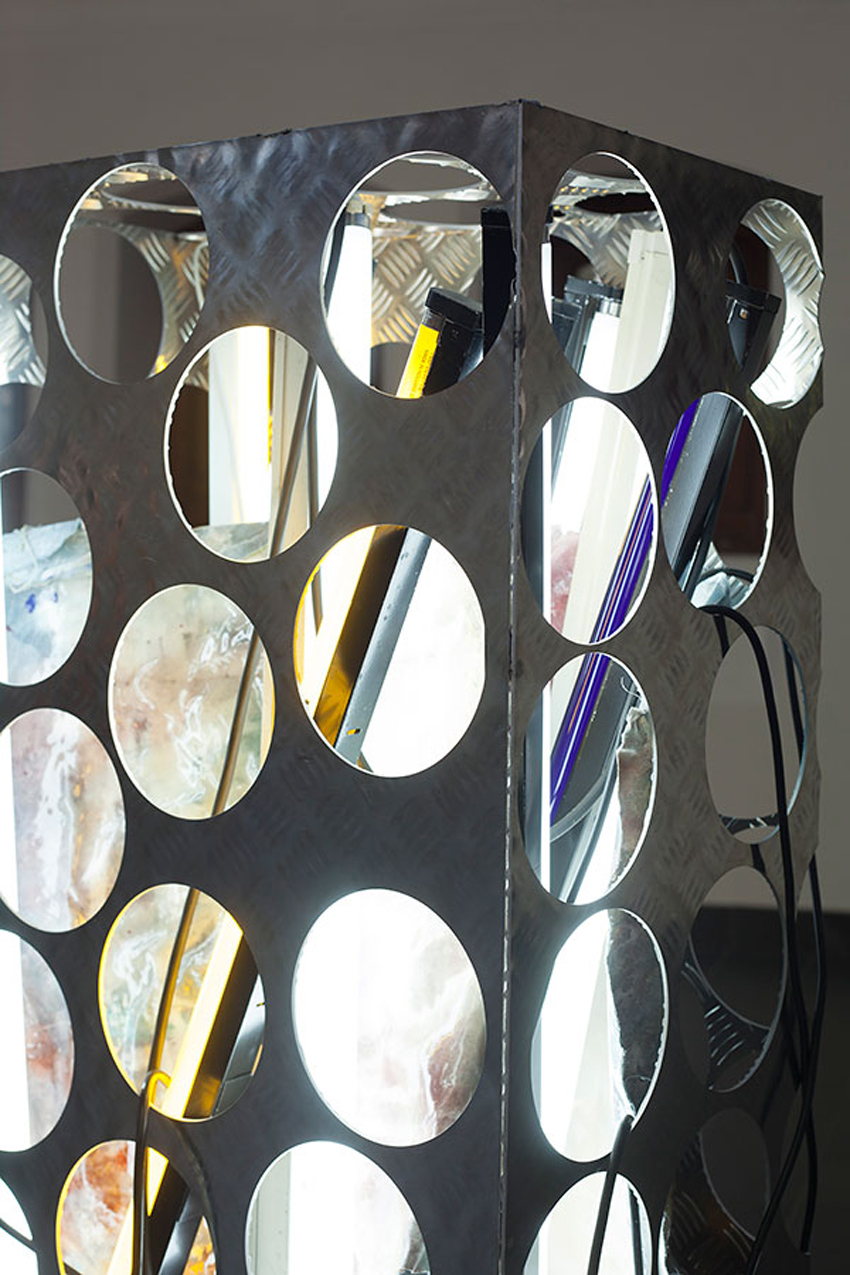 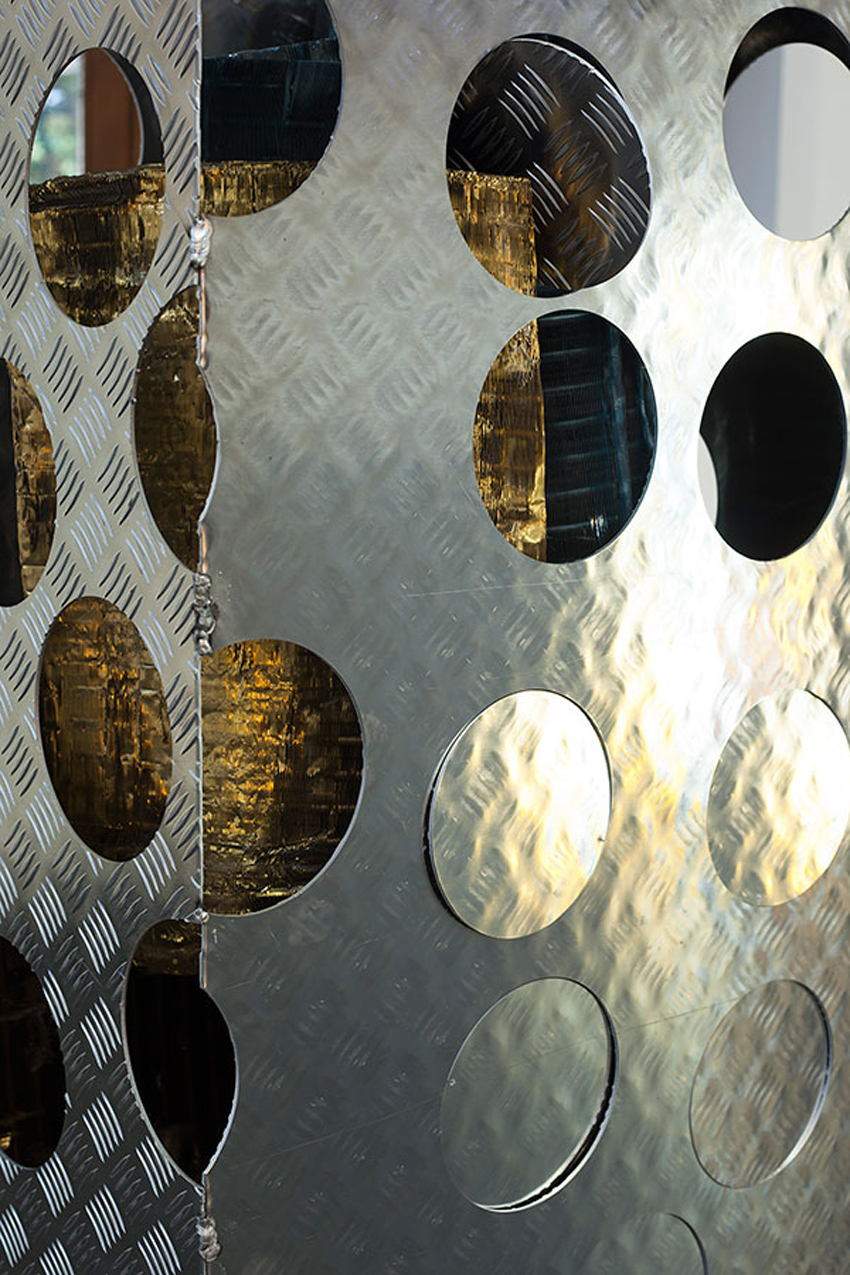 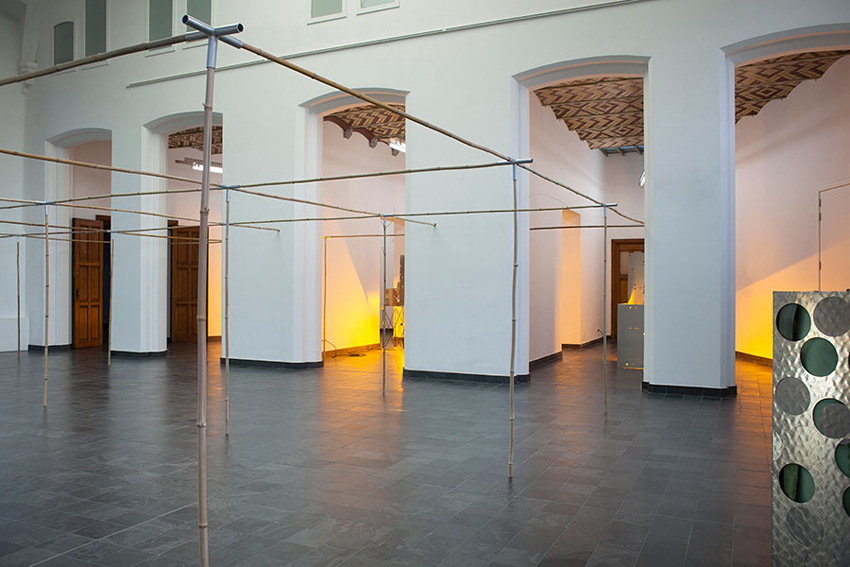 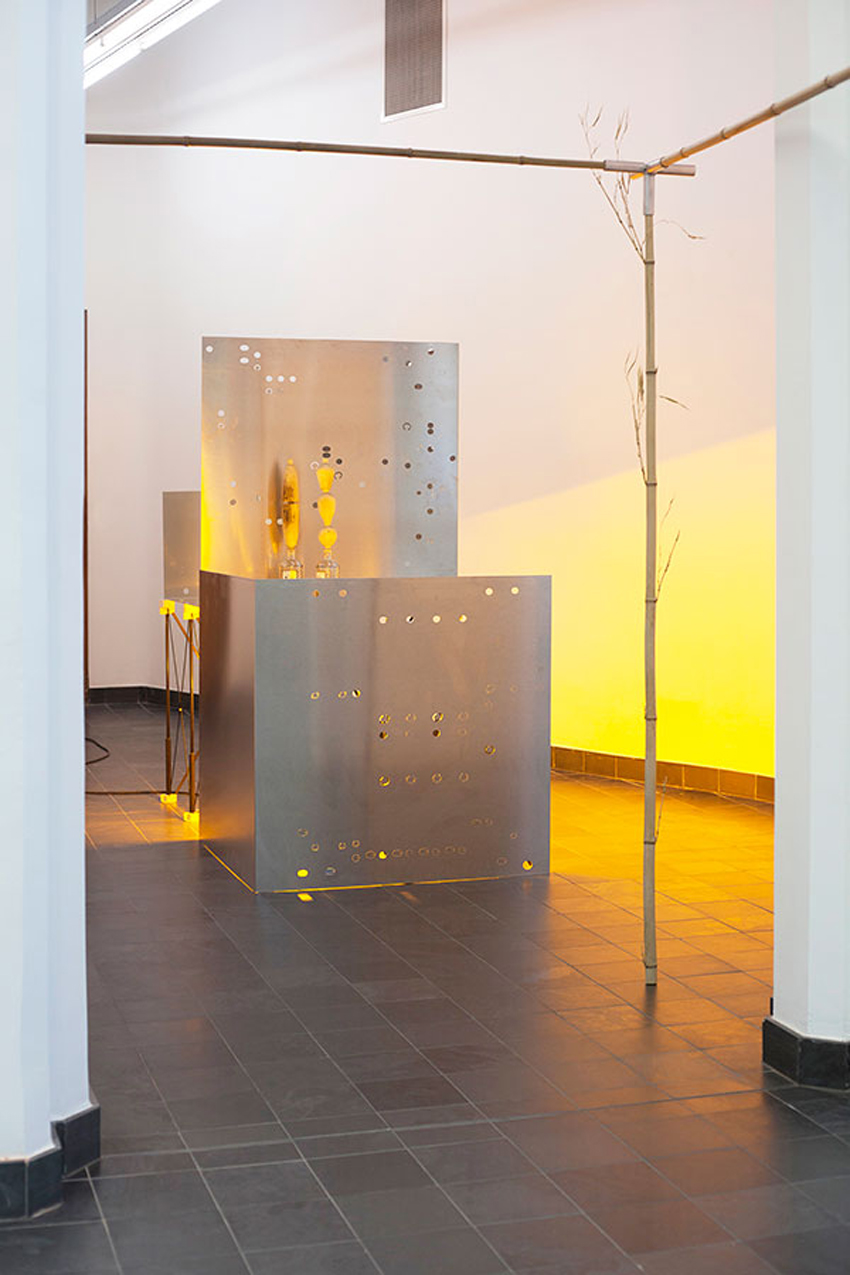 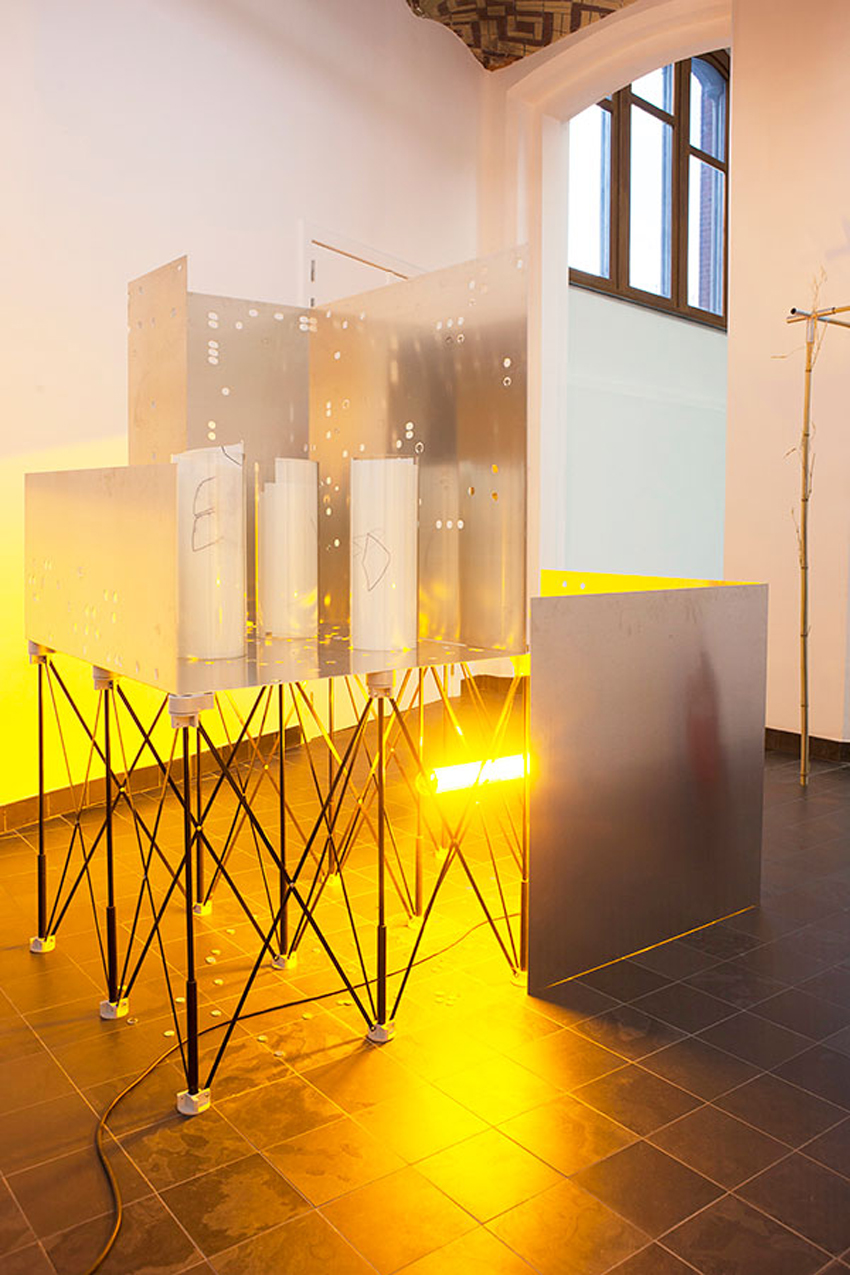 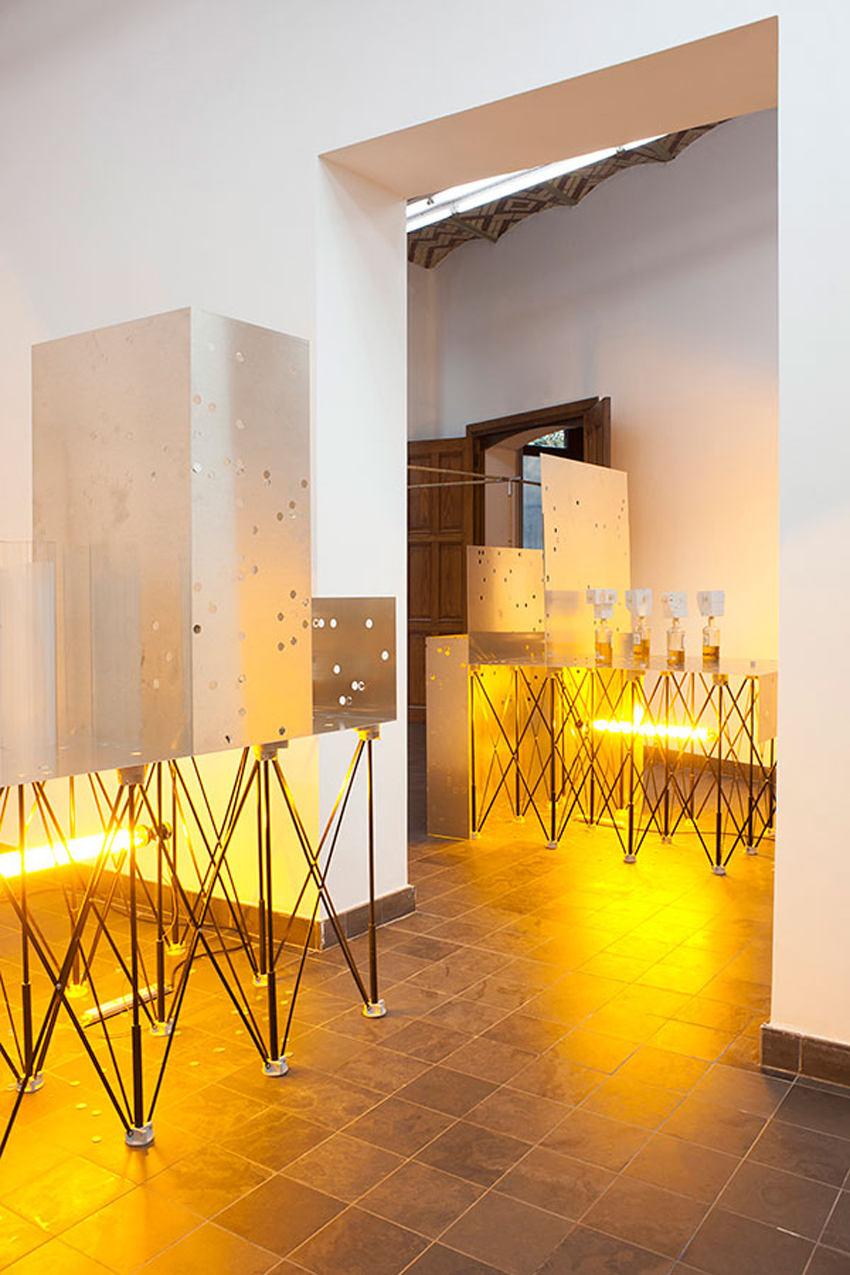 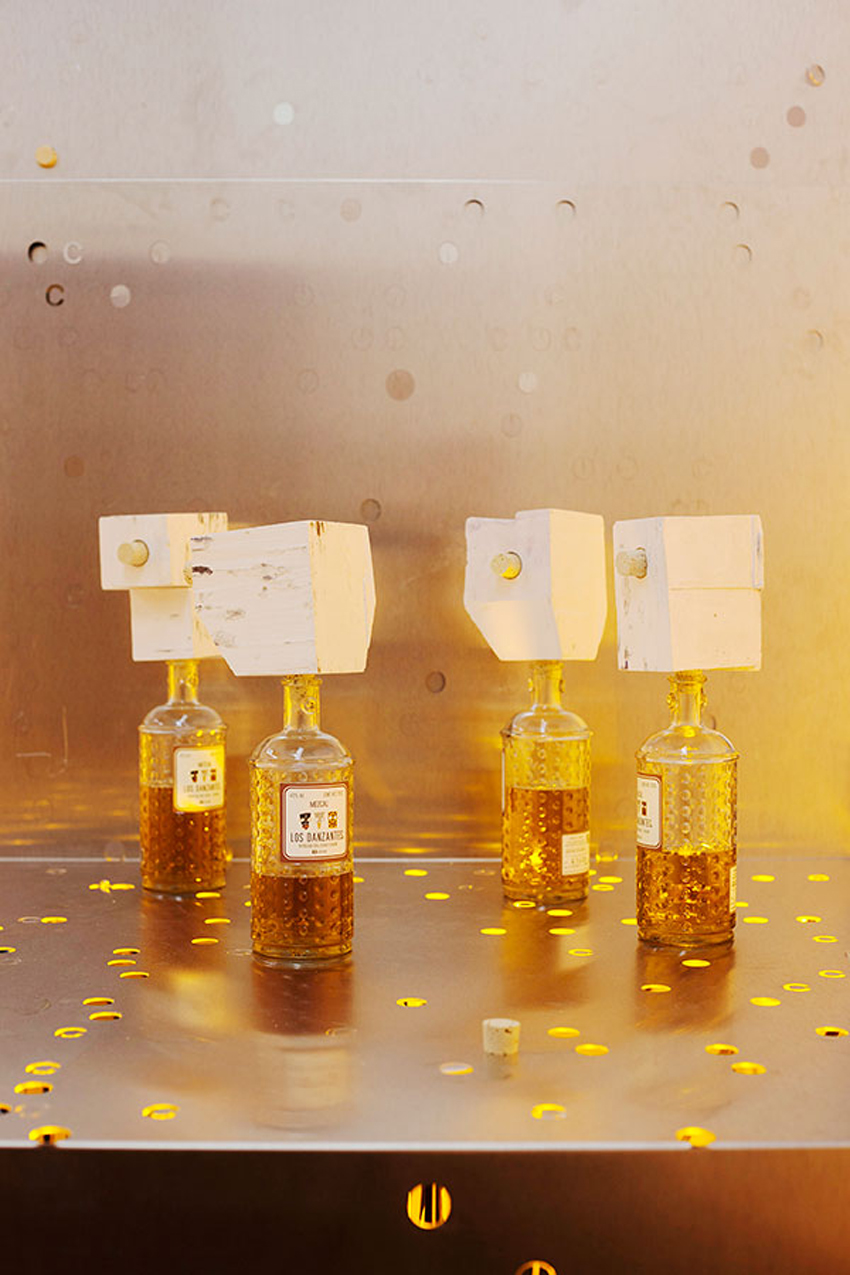 Courtesy of the artist and KIOSK, Ghent