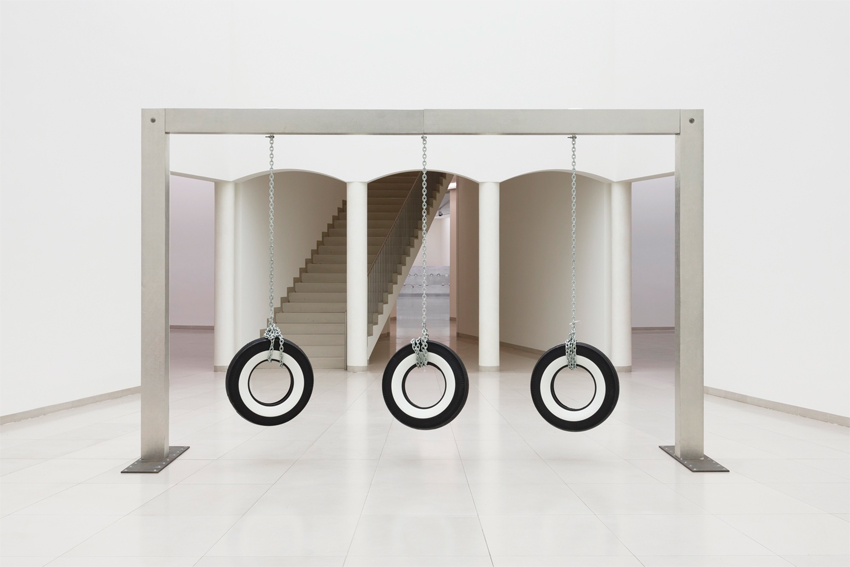 In modernity, violence finds expression not only in social action, but also in omnipresent objects, facilities and urban structures. The severity of the aggression is condensed in both form and material. The geometric austerity suggests functionality; the reflected light of the metallic surfaces creates distance. The shape, shine and hardness of the resistant materials testify to their strength and power, endowing the objects with immediate brutality.

In her works, Cady Noland uncovers the violence we encounter every day in scenarios of spatial and ideological demarcation. She thus exposes the alleged neutrality of material and form. The supposedly clear distinction between objects and subjects becomes blurred, the unceasing interaction between them evident.

The US American flag, charcoal grills, bridles, cowboy saddles and weapons are all symbols of American identity. Yet the myth of the American dream, which Noland – with apparent naivety – takes seriously, has become a globalized reality characterized by the glorification of violence, radical individualism, consumption as both stimulus and fulfilment, and conflict in the form of separatism and exclusion. In her work, barriers, gates and fences are physical and symbolic manifestations that generate publicity and rule out participation. For those unable to comply with the pressure to perform, prostheses such as walkers, picker arms or canes for the blind are the only means of participating in public life. Celebrities, on the other hand, no longer have any choice but to participate. Their involuntary objectification is the prerequisite for the callous treatment they are frequently subjected to. In her 1987 essay “Towards a Metalanguage of Evil”, Noland describes US American society with utter detachment, almost as a psychopath would. It is an analysis that captures global reality today. 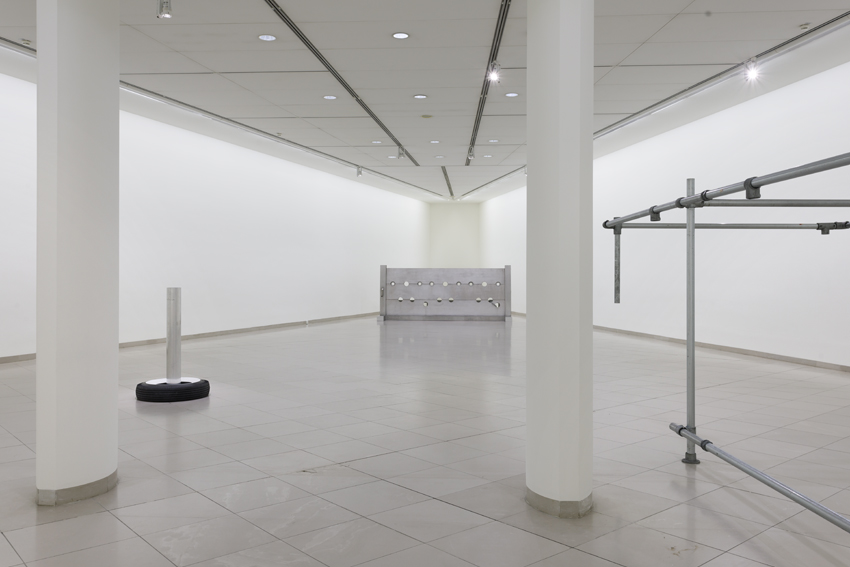 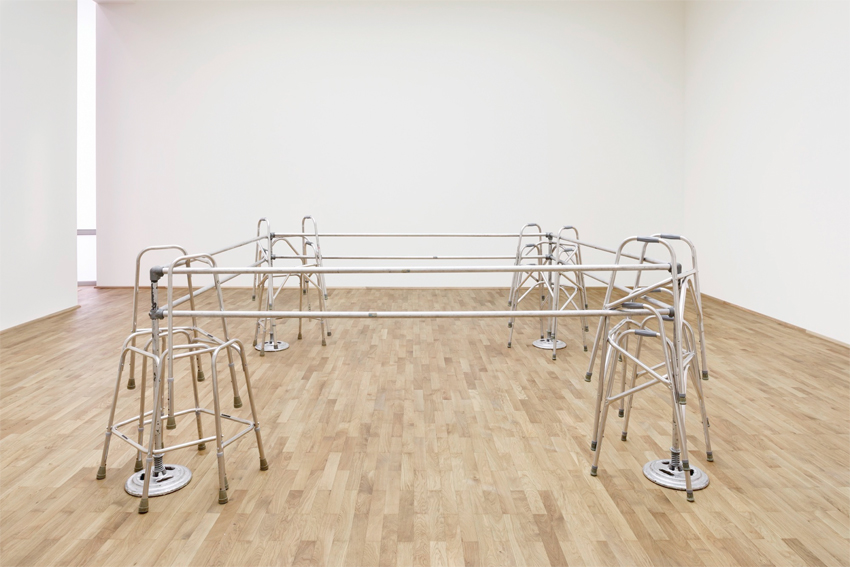 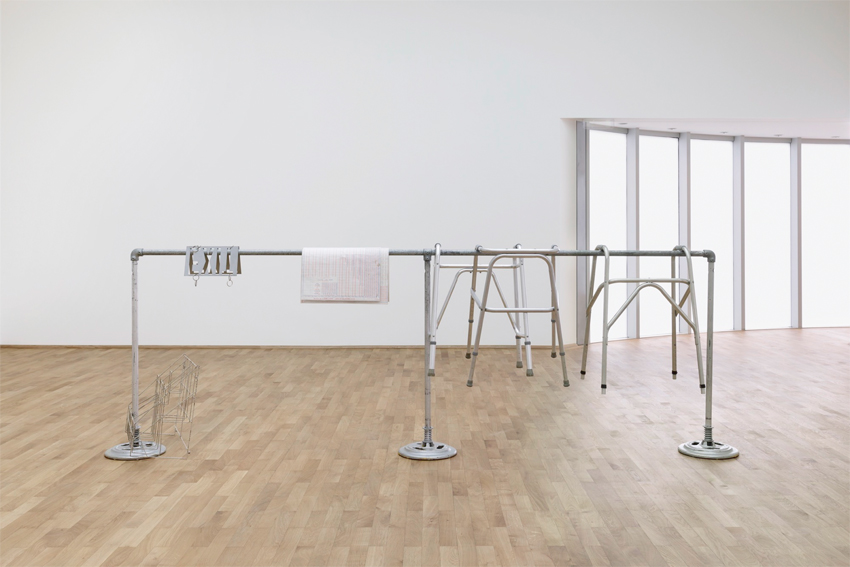 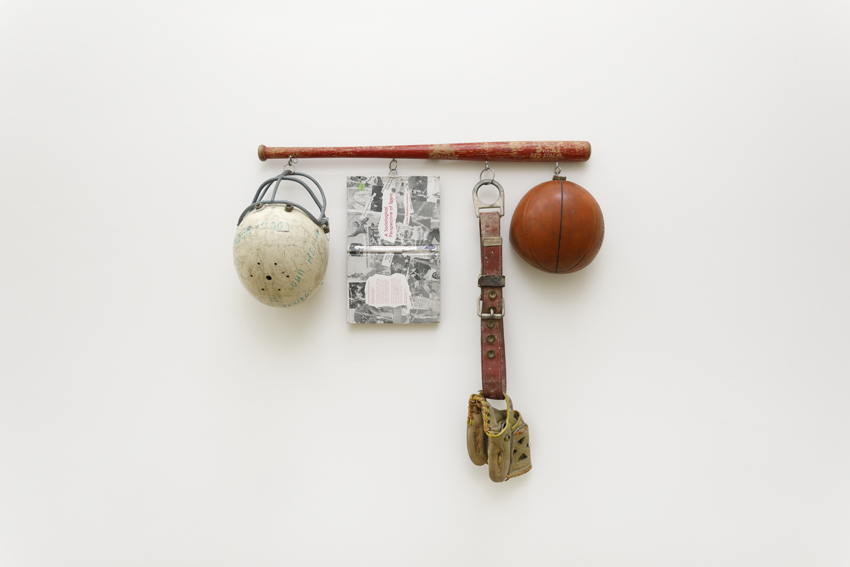 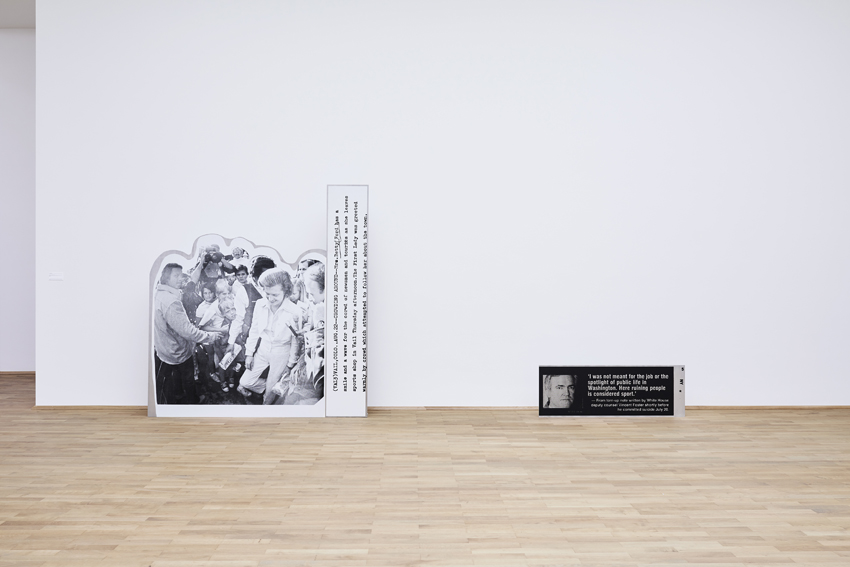 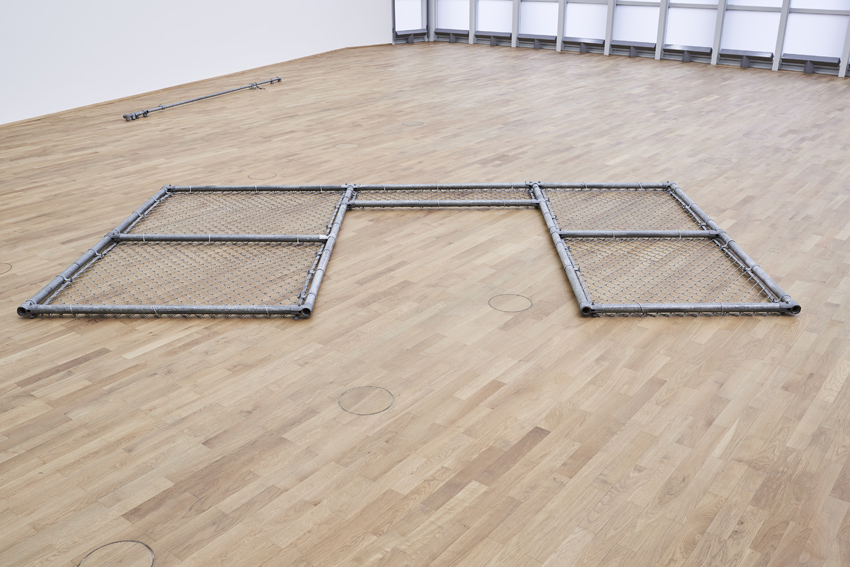 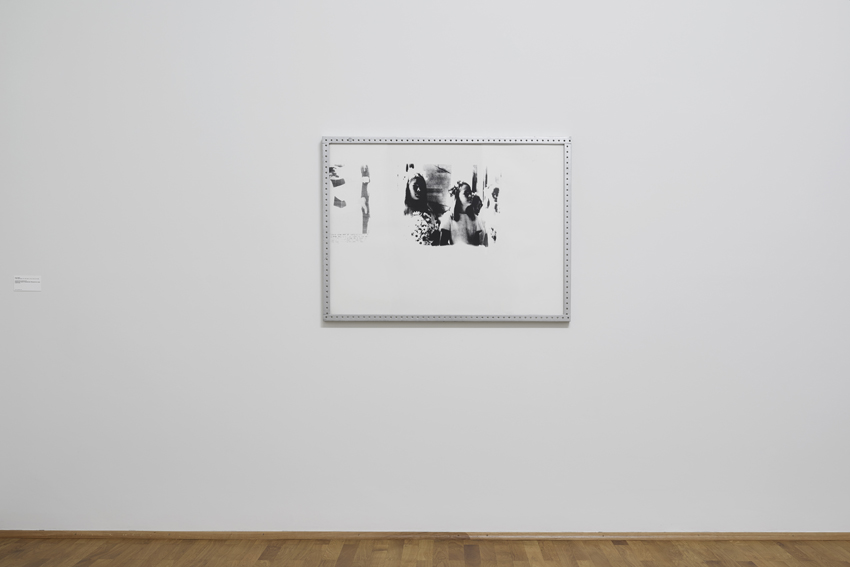 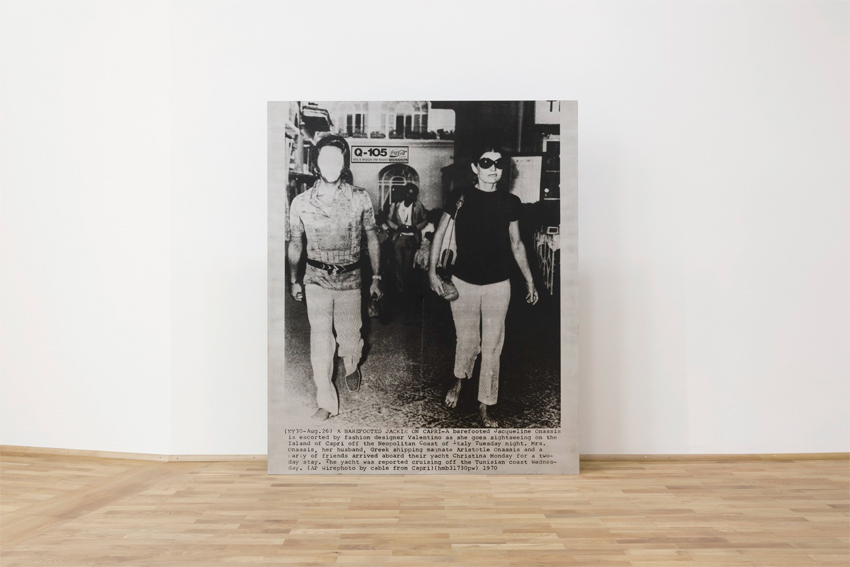 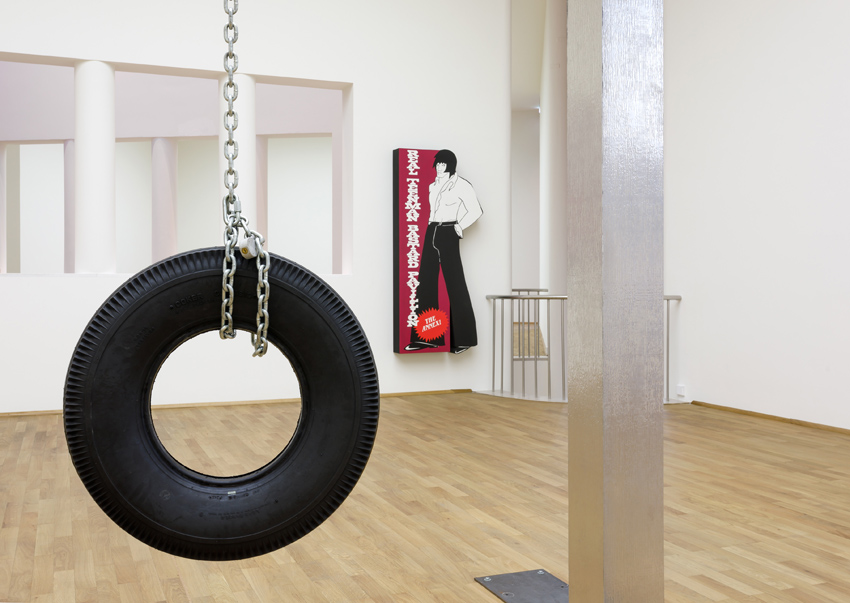 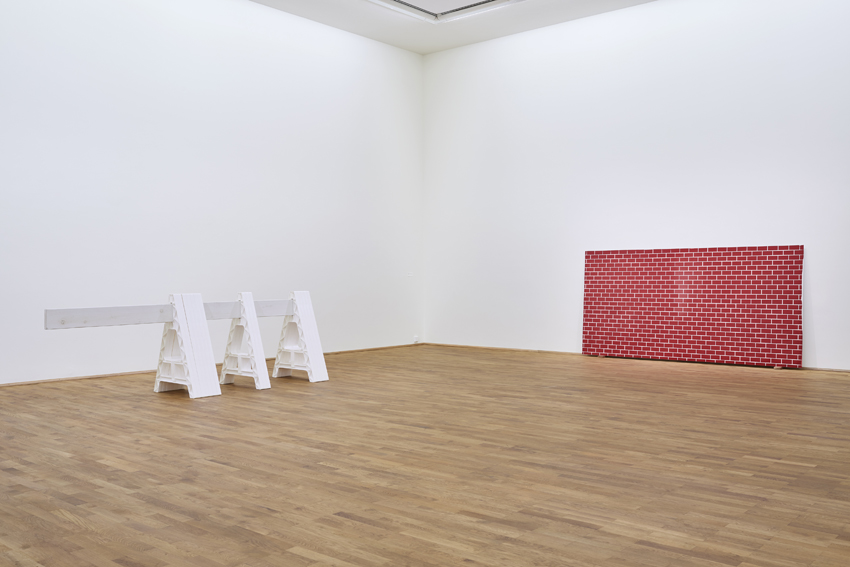 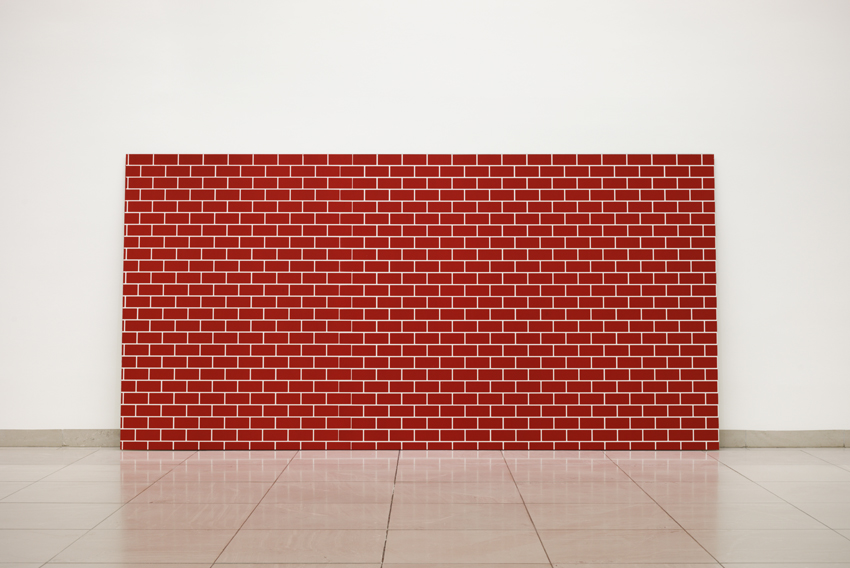 Courtesy of the artist and MMK