Why do you move out West? I’ve still never had a sufficient answer from my parents. I guess everyone’s will be different. Among the various responses you get, patterns start to emerge. You move out West in order to start a new life. Its history includes homesteaders, felons, reformers, gold rush optimists, lumber barons, socialists, hippies, mycologists, religious minorities, mud flat squatters, immigrants and opportunists, and a little later, skaters and punks. And what do you do out West? If you were my parents, you would open a craft store on a quiet street in a small Canadian town. And that is one of the reasons Alex Morrison’s work resonates with me. The West – specifically the West Coast of North America – became a place for idealists and utopians trying to find new ways of living. The aesthetic, particularly from the 1960s-1980s, was influenced by the Arts and Crafts movement, much like the yarn, ceramics, and kaleidoscopes of my childhood, in styles similar to those on display here.

Over the course of the past fifteen years, Morrison has been building a world of sculptures, drawings, paintings, and now digital renderings, all of which take their cue from, play with, and critique, West Coast idealism and the many ideological and cultural sources of it. “Dun Roamin” is such an example. The exhibition takes its name from a 1933 Garden City development in the suburbs of London. The phrase combines the Gaelic word “Dun” (which means “castle” or “keep”) with the English word “Roaming” in a rather humorous way. The name suggested to its new inhabitants that they should settle into their new modernist housing development at a moment when such projects were believed to better the conditions of the working class. Those idealistic projects are then juxtaposed with examples of Arts and Craft-inspired West Coast counterculture. We see bead trays, mushrooms, clay sculptures of jade plants, and drawings that reference utopian design.

Morrison comes from this world too. The title of his new rendering, Brand New Era Social Club (2017) refers to a 1980s space located in Victoria, Canada, where the artist spent some of his teens, skateboarding and listening to punk rock, on the historical tail end of that long countercultural movement that began with English Romanticism. Brand New Era itself is a kaleidoscope of objects, styles, and attitudes, as if seen through a mushroom trip. Why did people go there in the first place

Where is that world now?

Aaron Peck is the author of a novel, The Bewilderments of Bernard Willis, and a monograph, Jeff Wall: North & West. He frequently writes for Artforum. 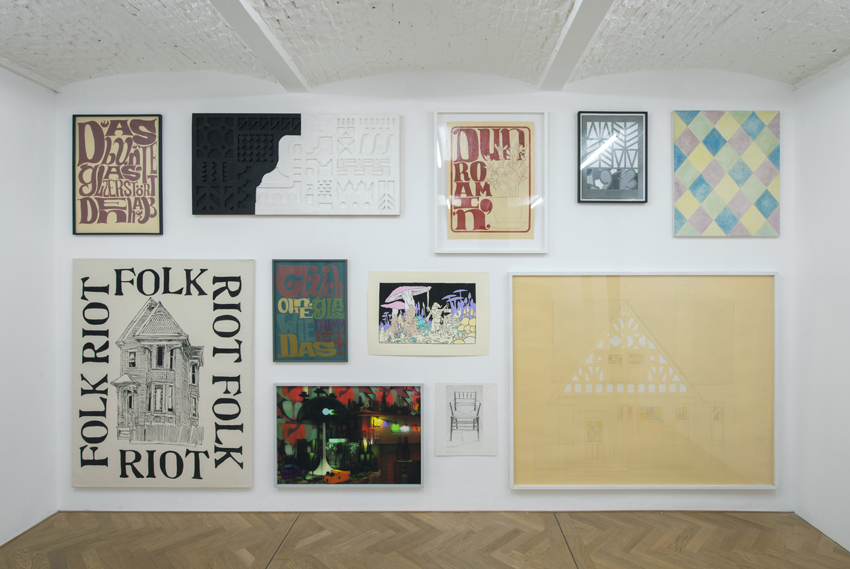 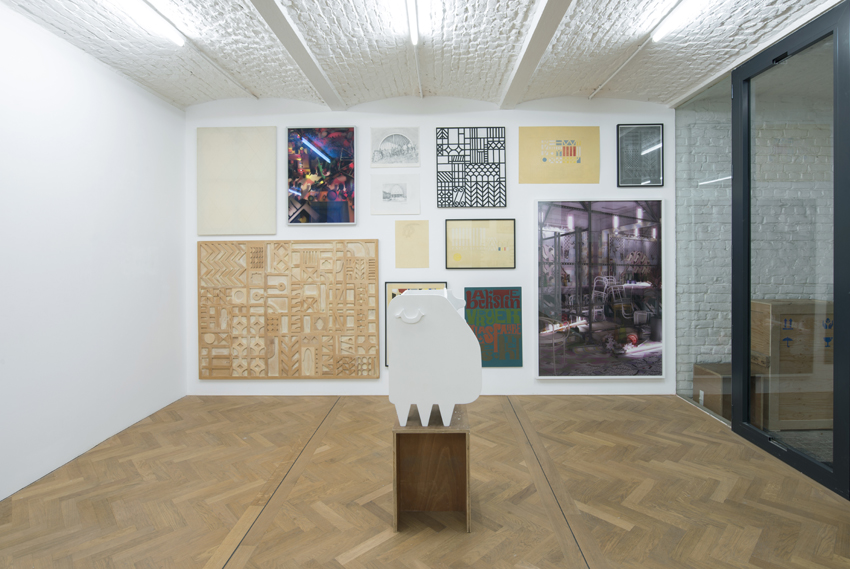 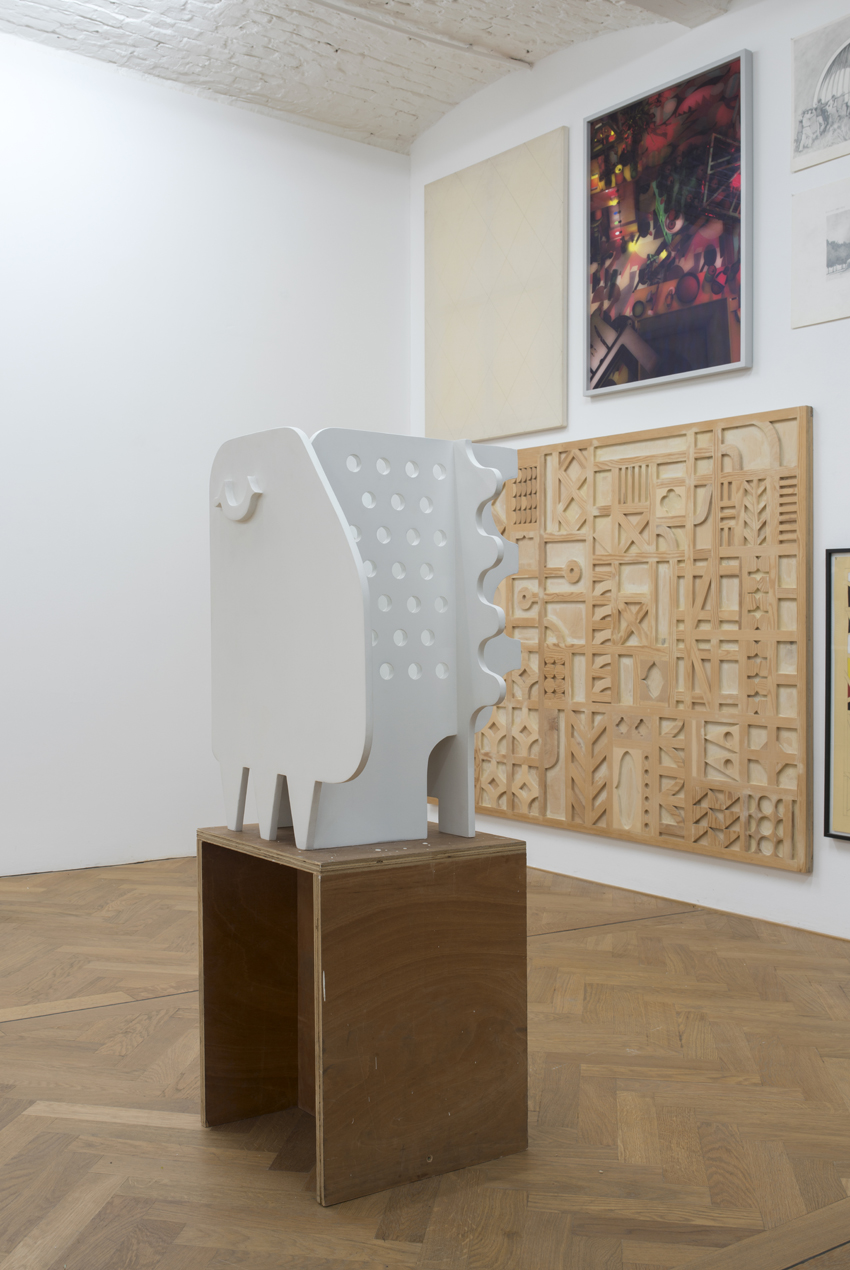 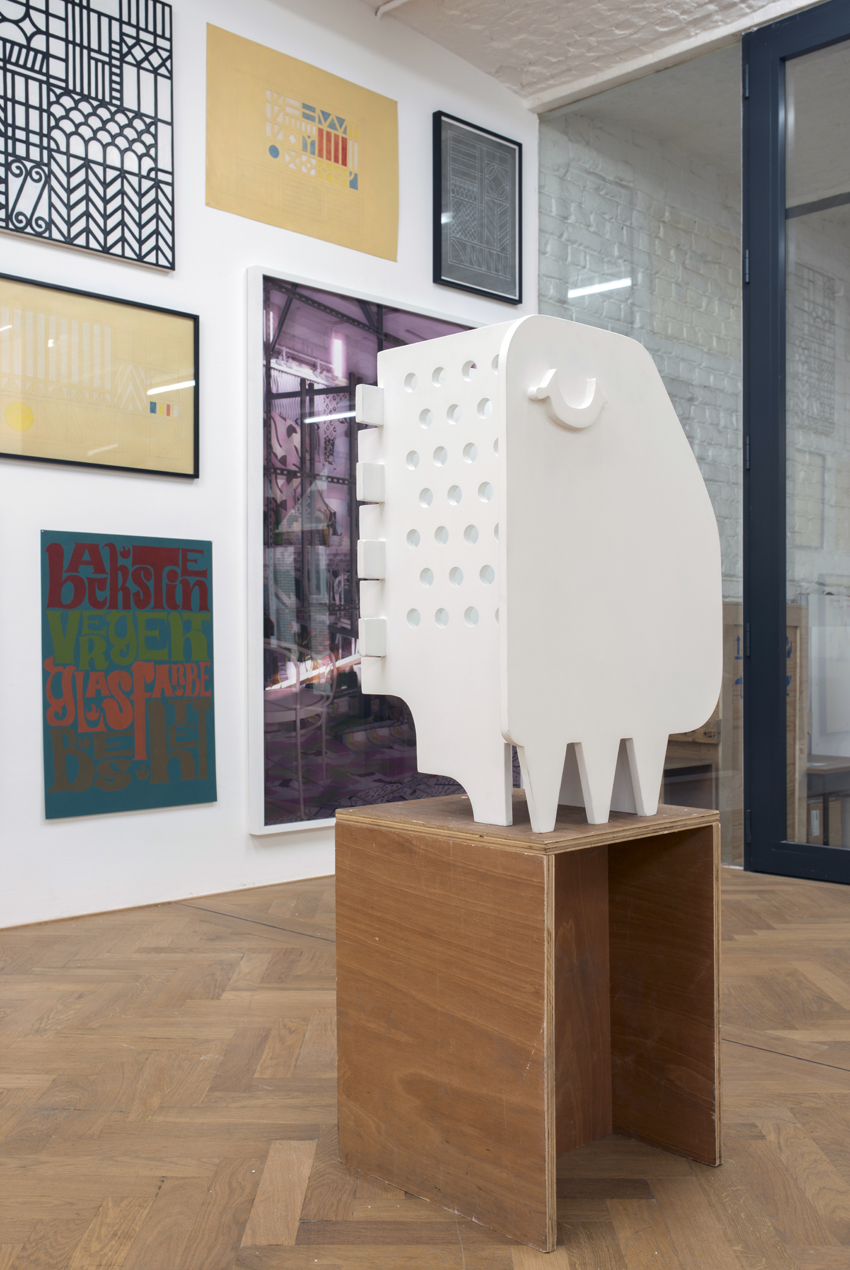 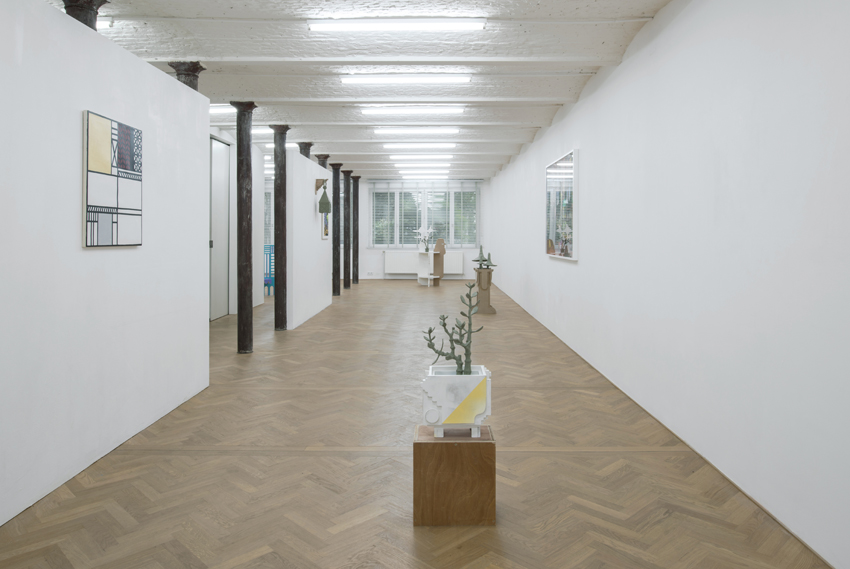 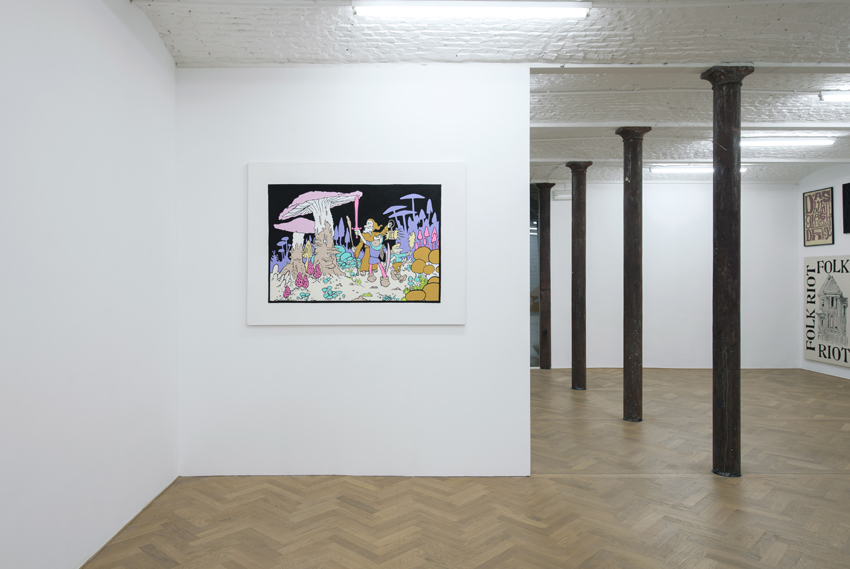 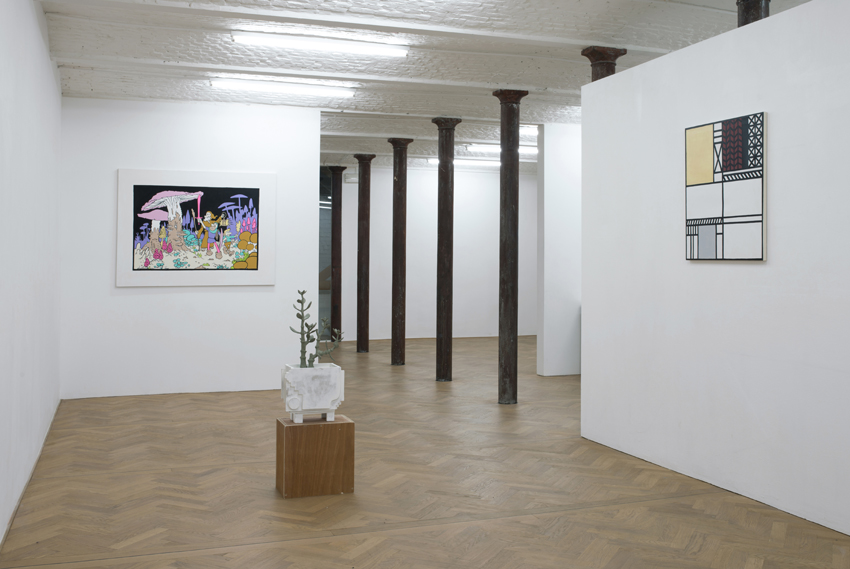 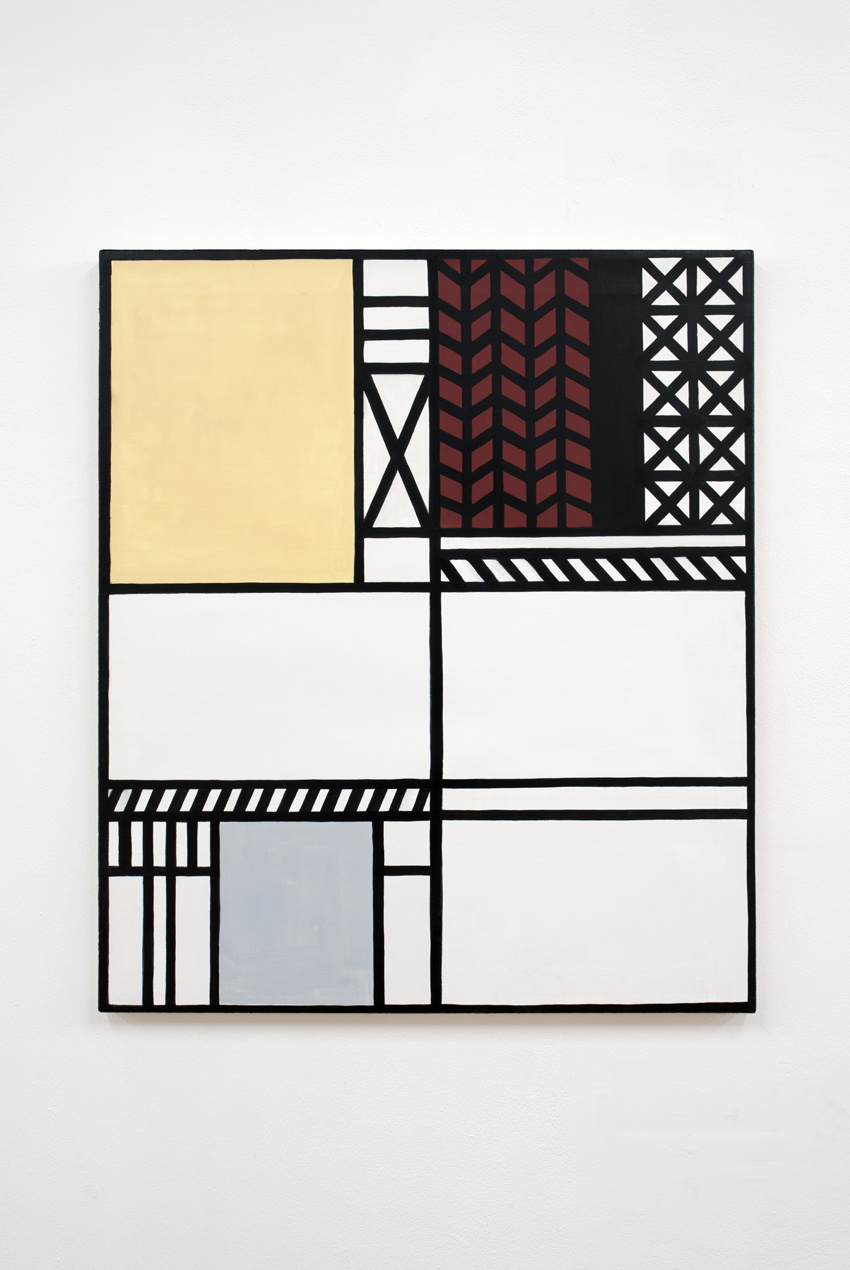 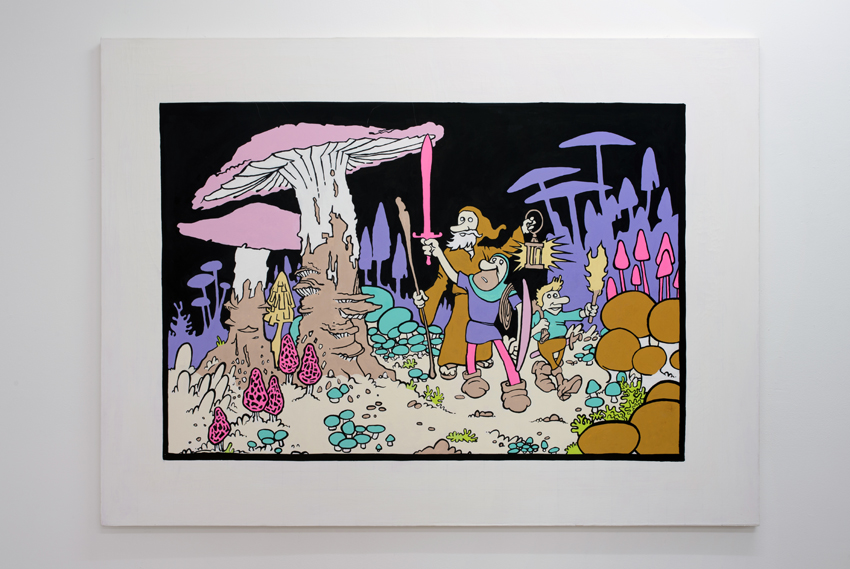 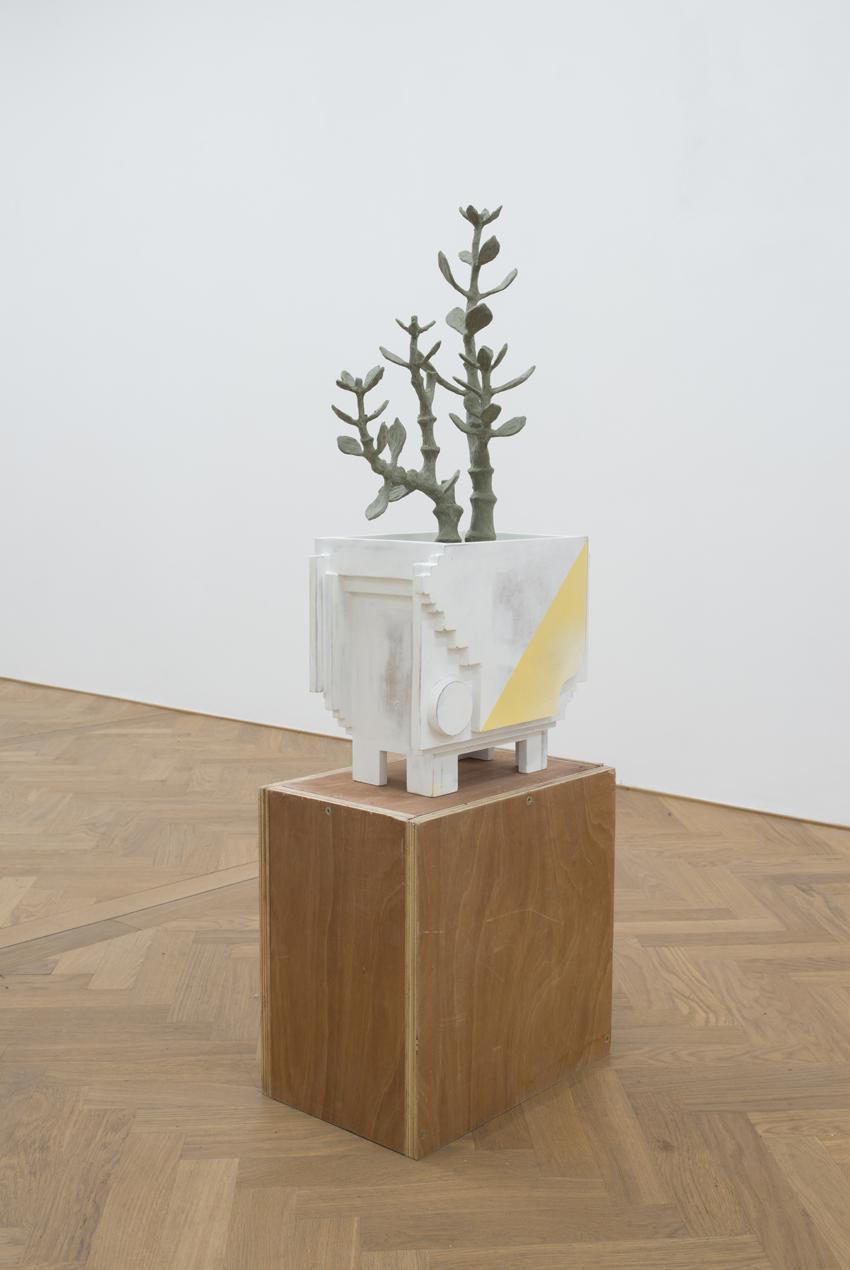 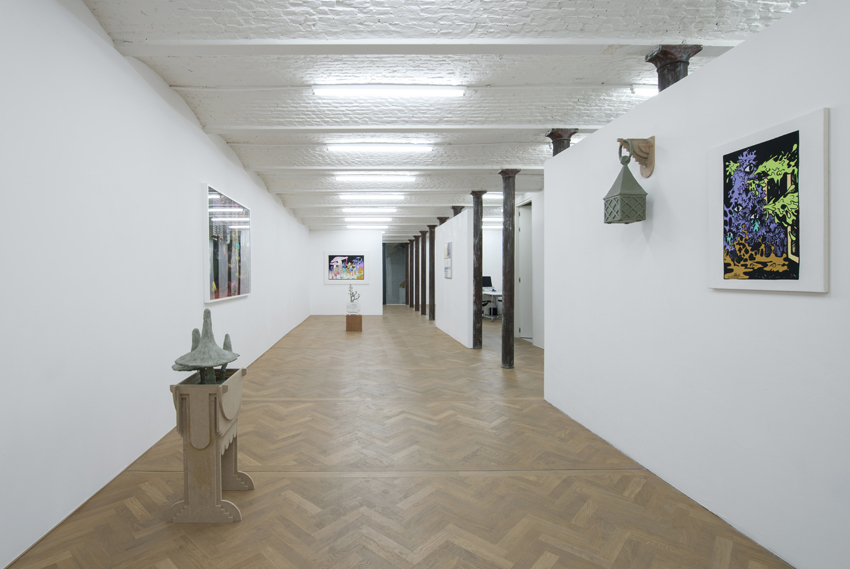 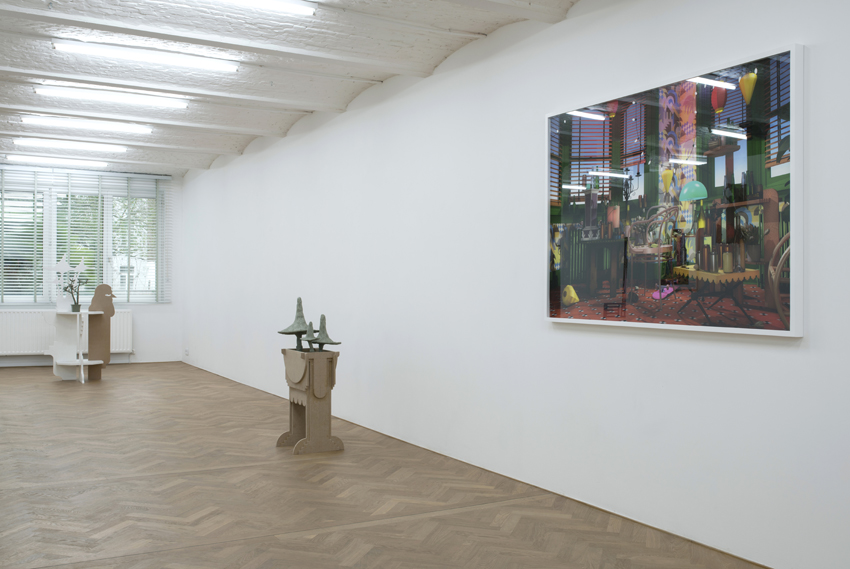 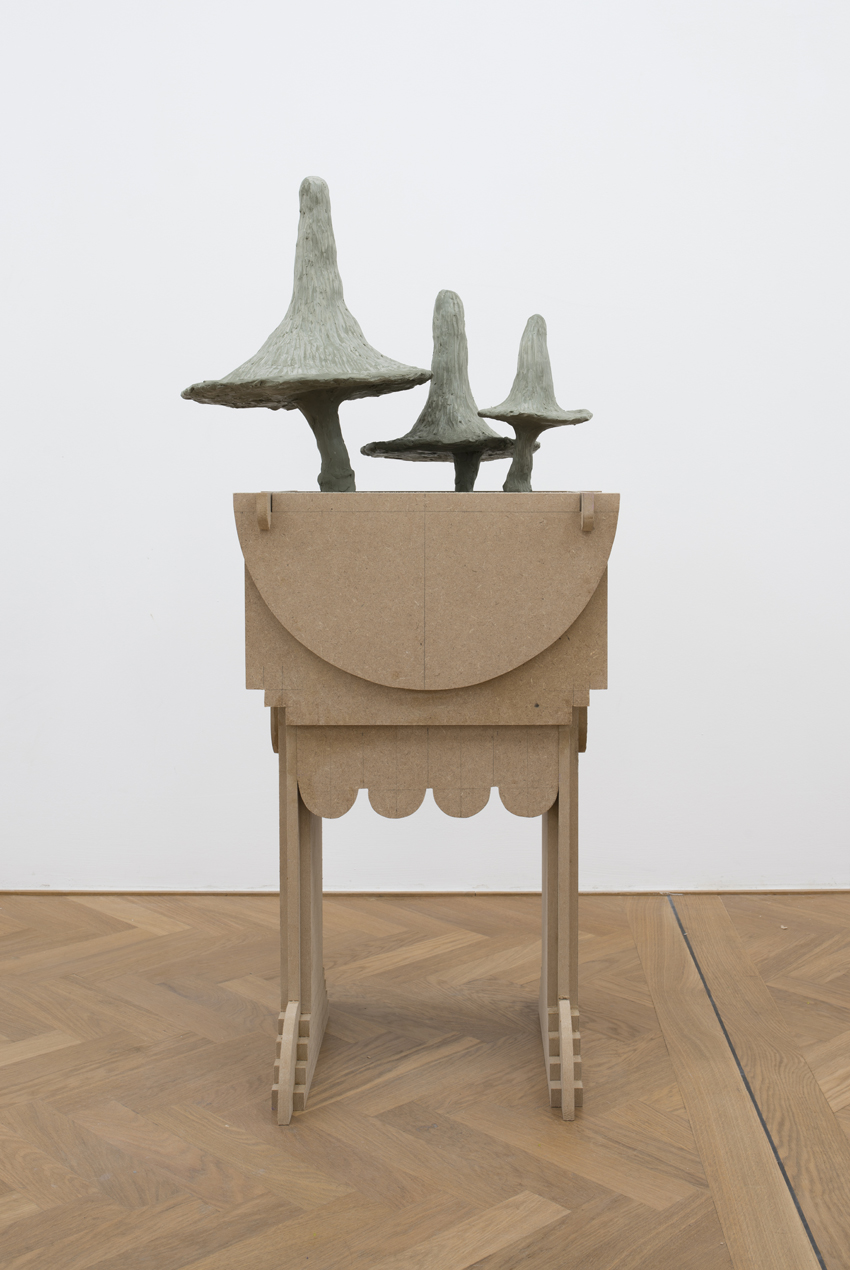 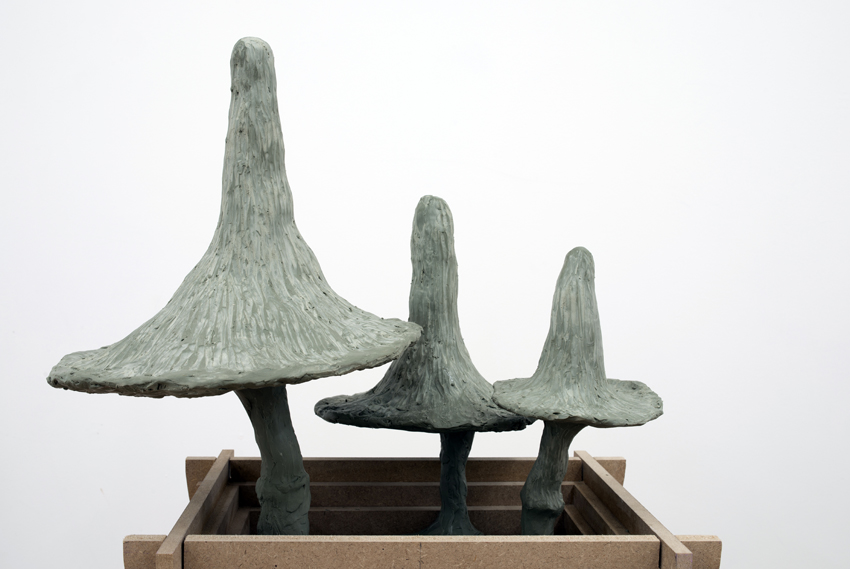 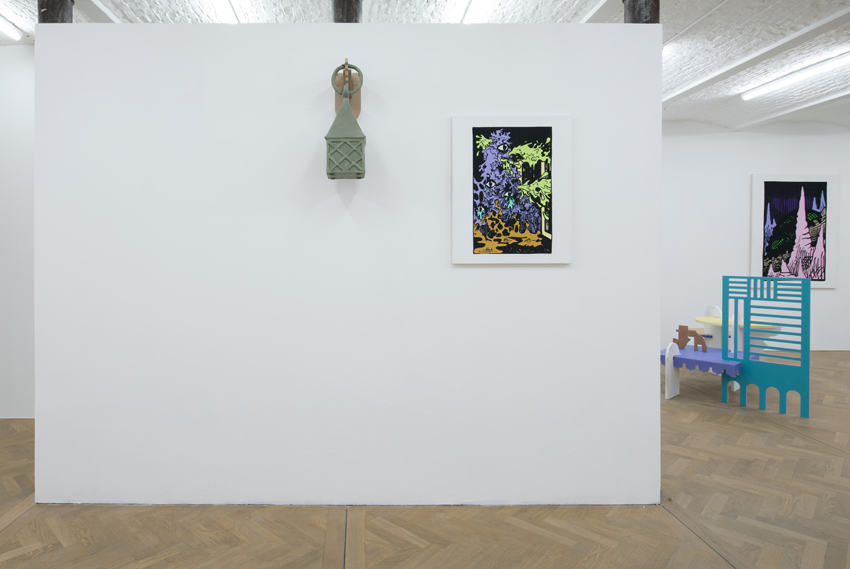 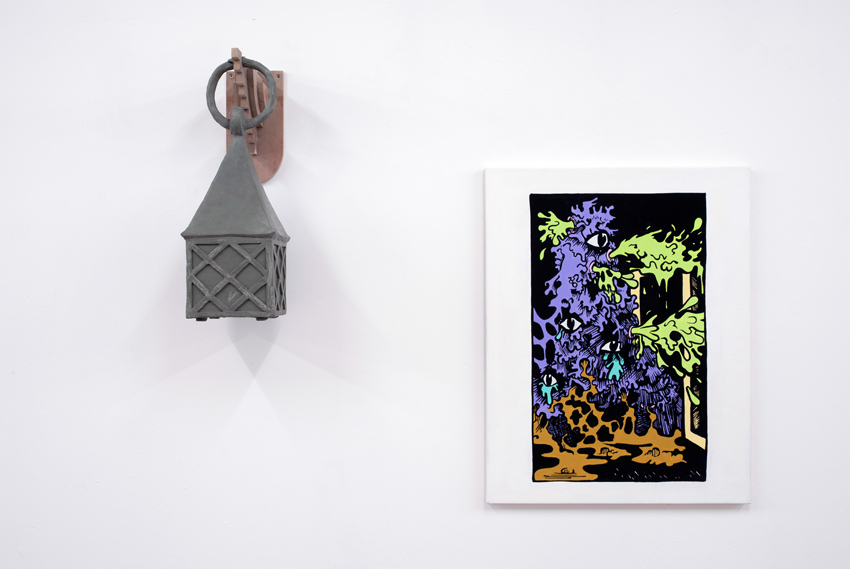 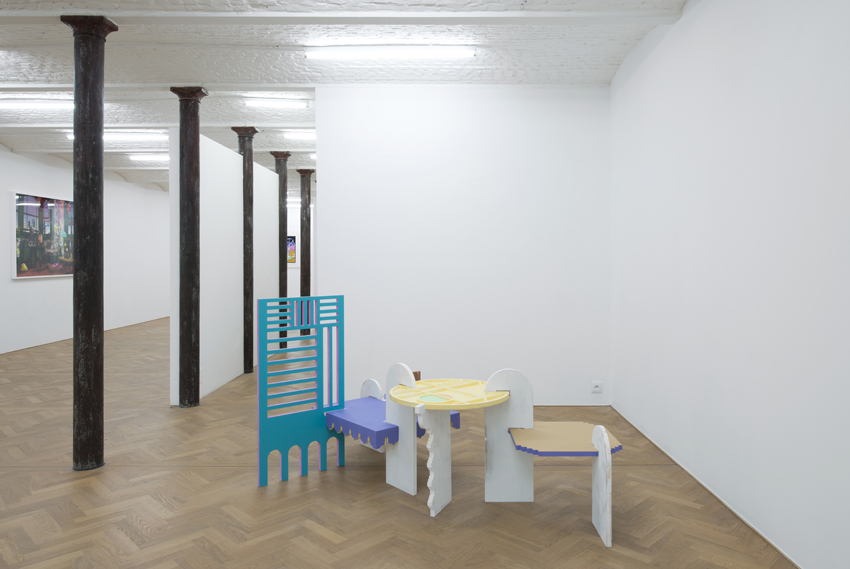 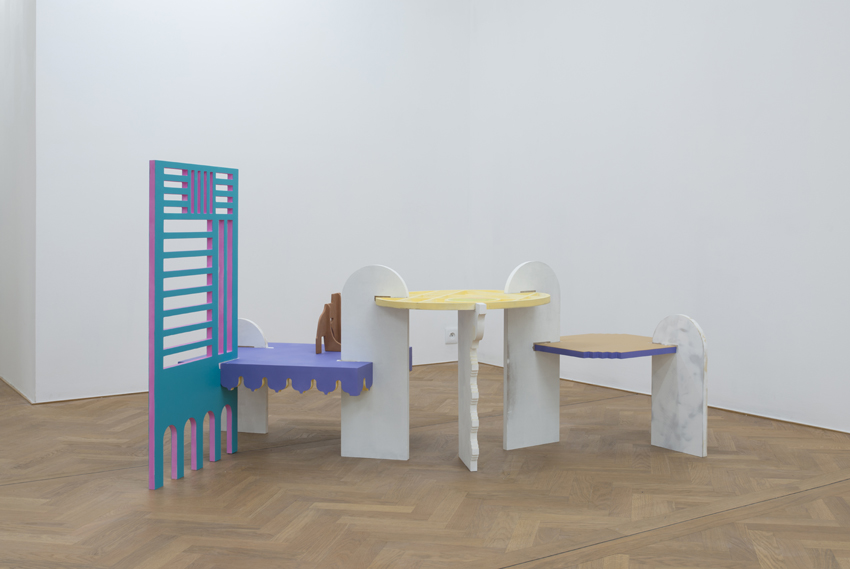 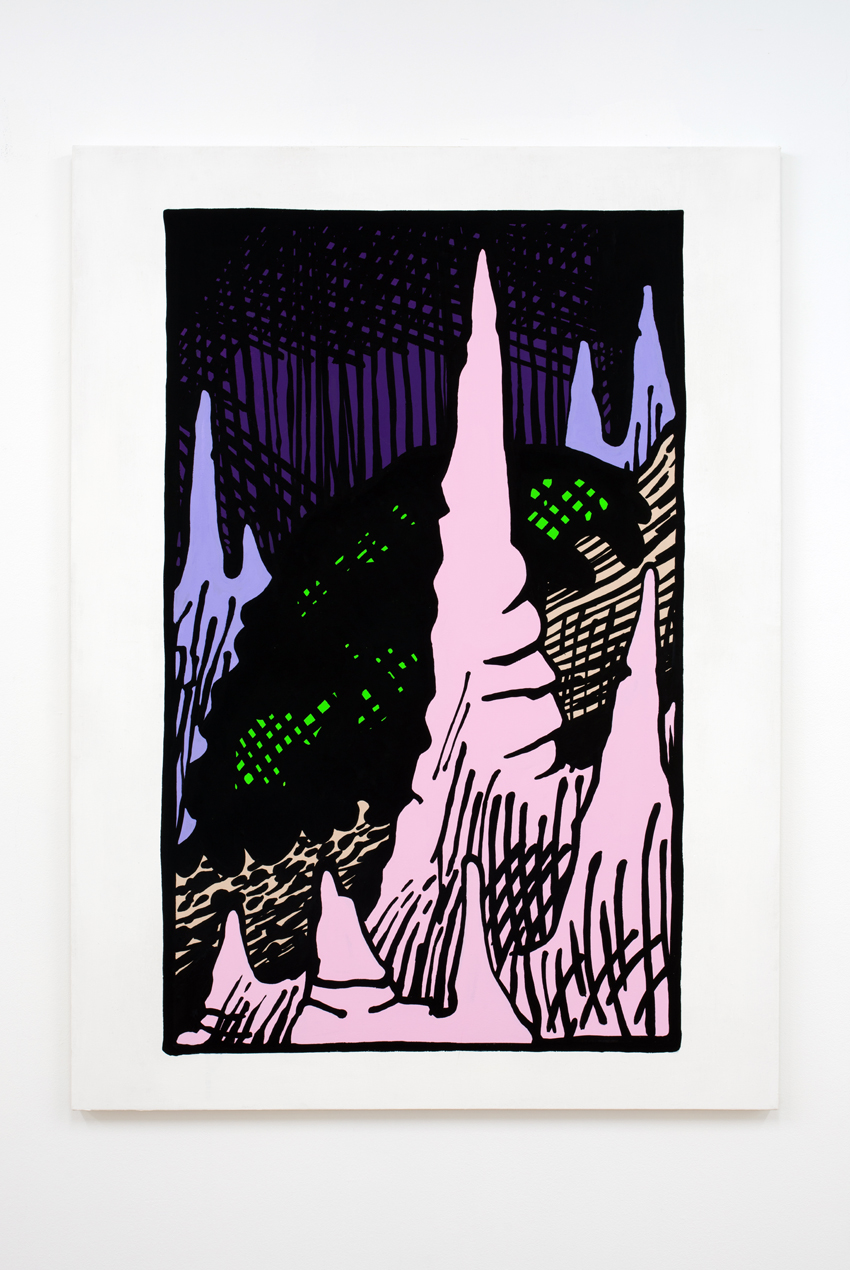 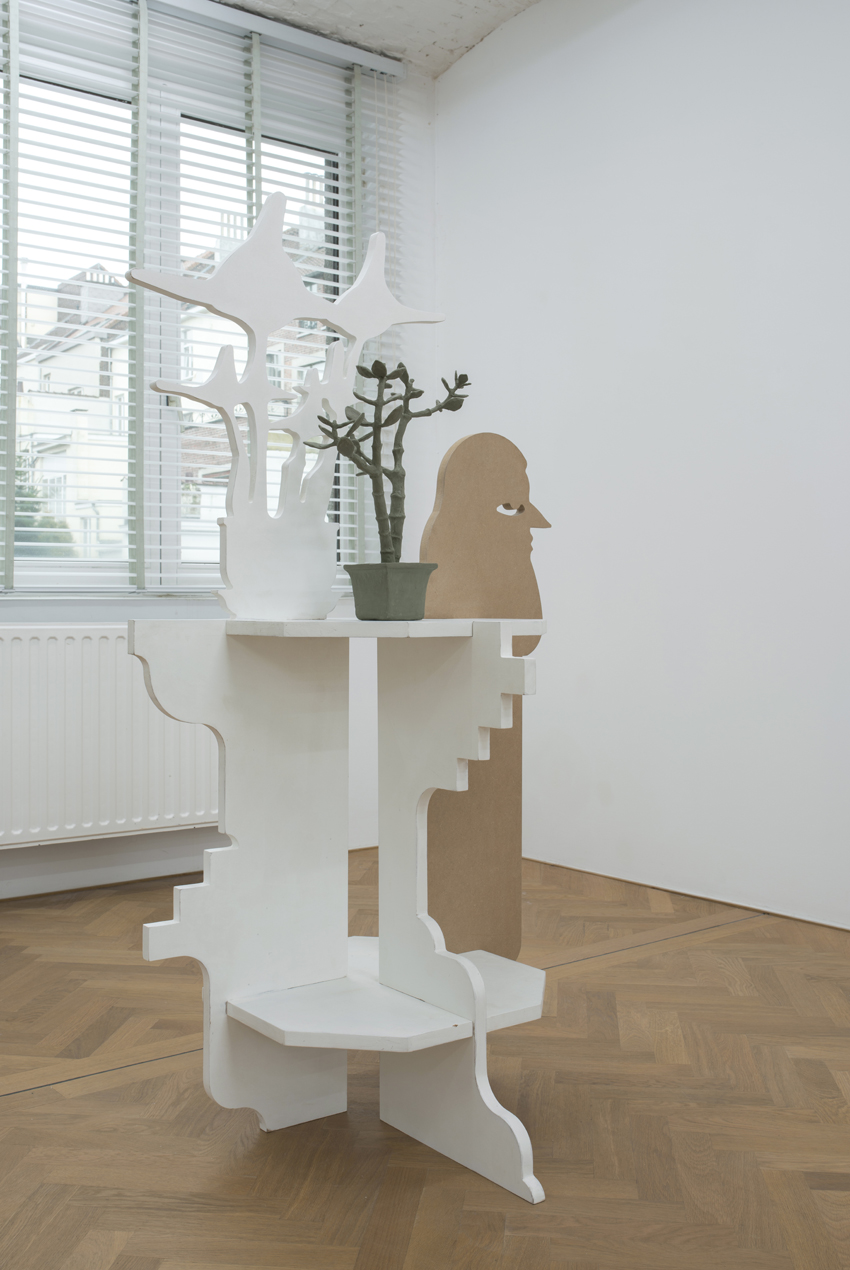 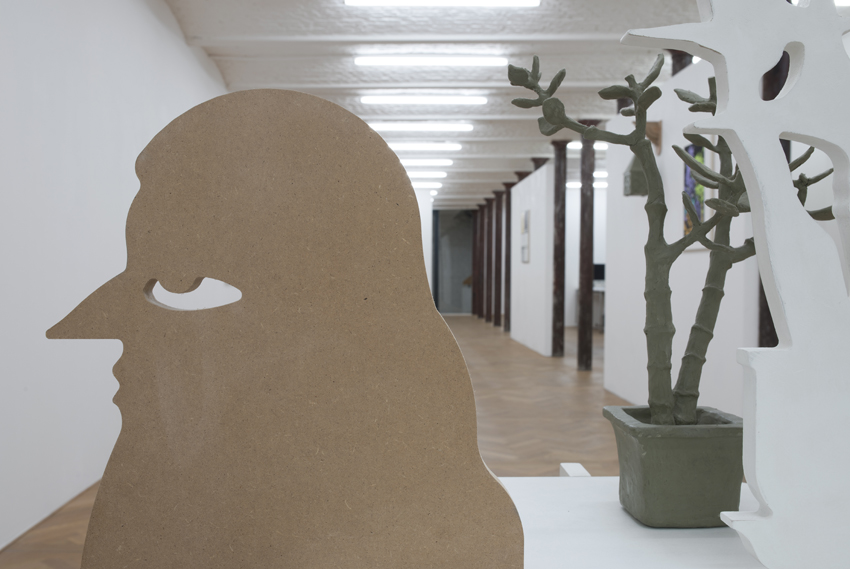 courtesy of the artist and Levy Delval, Brussels