Adam Pendleton:
shot him in the face – at Baltic, Gateshead

Pendleton’s practice interweaves the language of politics, history, and display as a way of confronting the past and present. His work undercuts ingrained perceptions and representations of social history. Pendleton moves fluidly between painting, wall-based installations, photographic collage, video, performance and publishing.

Through collage, layering, and repetition, Pendleton re-contextualises his subjects, prompting the viewer to recognise and reconsider familiar cultural references. The artist’s largest project to date is inspired by a poem by the writer LeRoi Jones (1934–2014), who was also known as Amiri Baraka, titled Black Dada Nihilismus (1964). Using provocative language and merging high and low cultural references, Baraka critiques linear representations of African-Americans by creating a space for new artistic, personal, and social possibilities. Begun in 2008, Pendleton’s ongoing project has taken several forms varying from large, abstract textual silkscreen paintings to Pendleton’s recently launched publication, Black Dada Reader. With roots extending back to the disobedient nature of the Dada avant-garde, the project shares Dadaism’s concern with language and aims at breaking it away from its “inherent logic.” Through the use of emblematic works such Sol LeWitt’s Variations of Incomplete Open Cubes (1974), in his Black Dada silkscreen paintings Pendleton insists on questioning the cartographies of Western art discourse and their capacity to effect real political change.

The exhibition shot him in the face is both an exhibition and an installation.
The presentation uses the poem Albany by poet Ron Silliman as its starting point. Written in 1979/80, Albany is a long prose paragraph made up of one hundred “new sentences,” to use Silliman’s own term. The “new sentence” is conceived as an independent unit, neither causally nor temporally related to the sentences that precede and follow it. Like a line in poetry, its length is operative, and its meaning depends on the larger paragraph as an organising system. Silliman is known for his deconstructed poems in which pun, paradigm, and sound form larger paragraph units that juxtapose autobiographical elements with larger political issues.

Pendleton appropriates the first sentence of Silliman’s poem, “If the function of writing is to ‘express the world’”, which he incorporates into an immersive floor to ceiling wall work based on photographic and text-based collages that spans the entirety of a constructed wall some seventeen metres long, bisecting the gallery. As in previous ,wall works, layers are built in order to disrupt the readability of the text. The arrangements, which appear like constellations, consist of one and two-dimensional collages and silkscreens on Mylar and are all based on Pendleton’s extensive archival material, which he continuously reworks through reuse and cropping. This installation invokes multiple sources, such as sentences from Silliman’s poems (“A woman on the train asks Angela Davis for an autograph”), images of a Dada dancer from 1916, an installation shot from the first documenta exhibition featuring work by Picasso, a couple dancing during the independence celebration of the Republic of Congo, and part of a speech by Malcolm X.

shot him in the face was originally shown at KW Institute of Contemporary Art, Berlin. It was curated by Krist Gruijthuijsen, with the assistance of Maurin Dietrich. 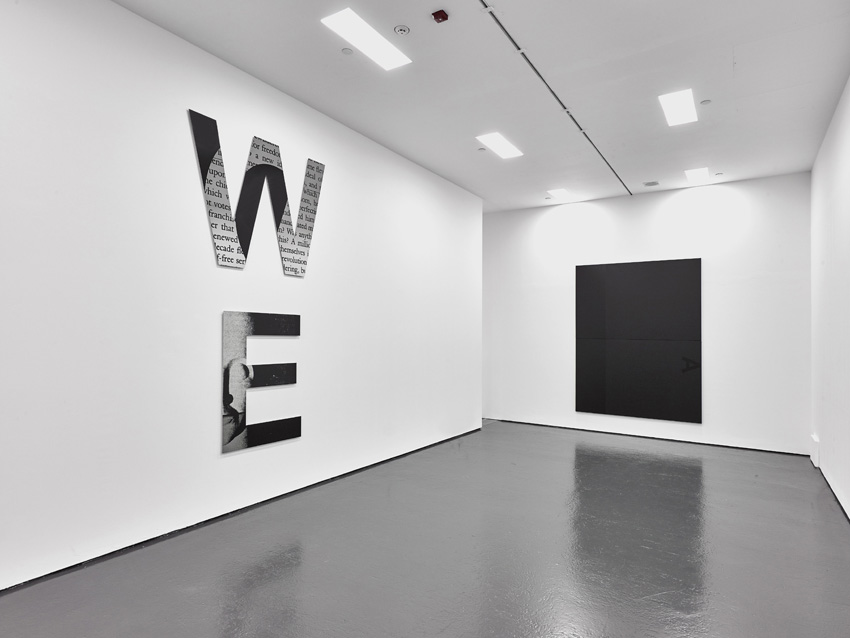 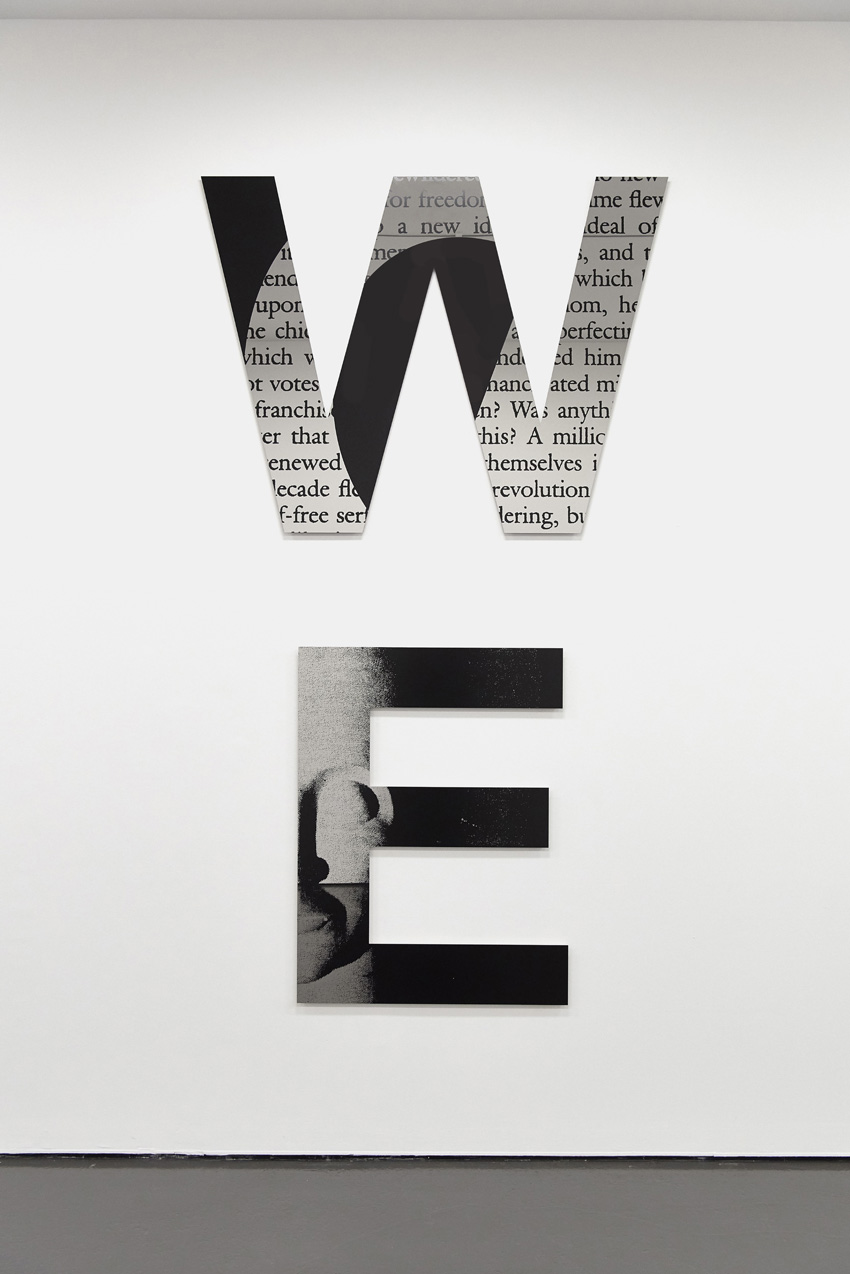 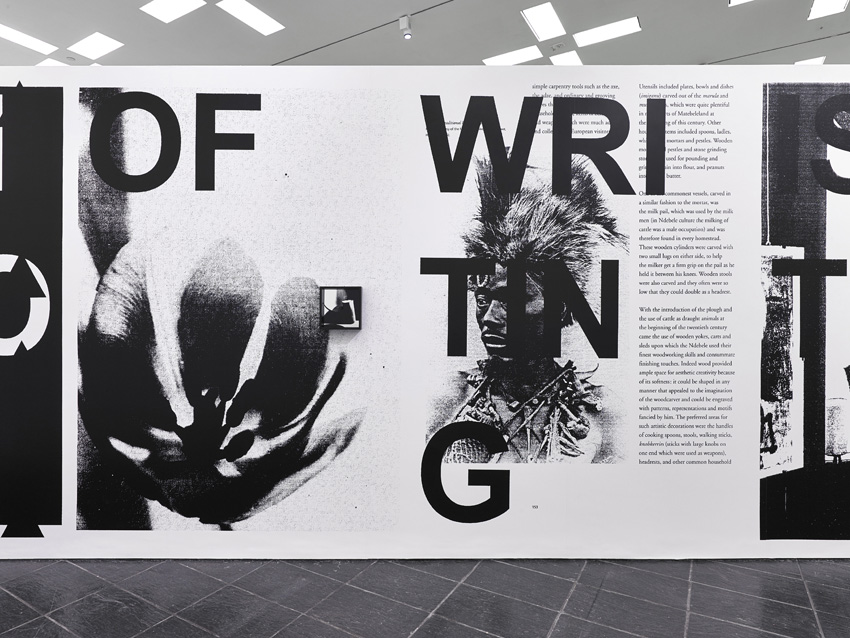 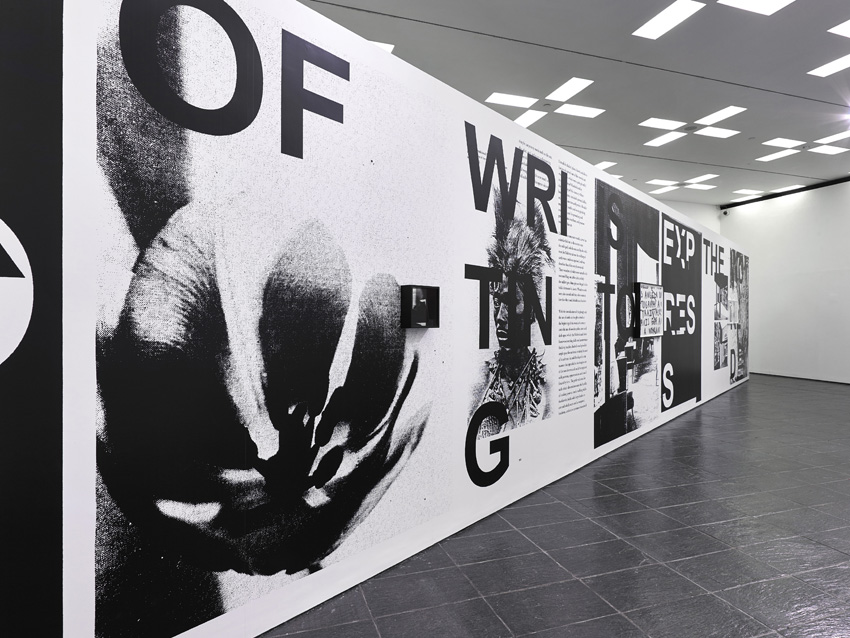 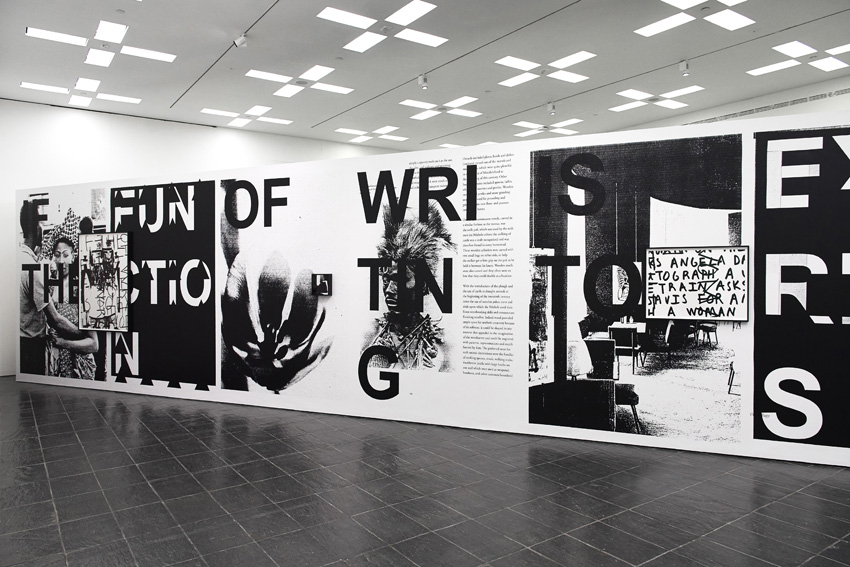 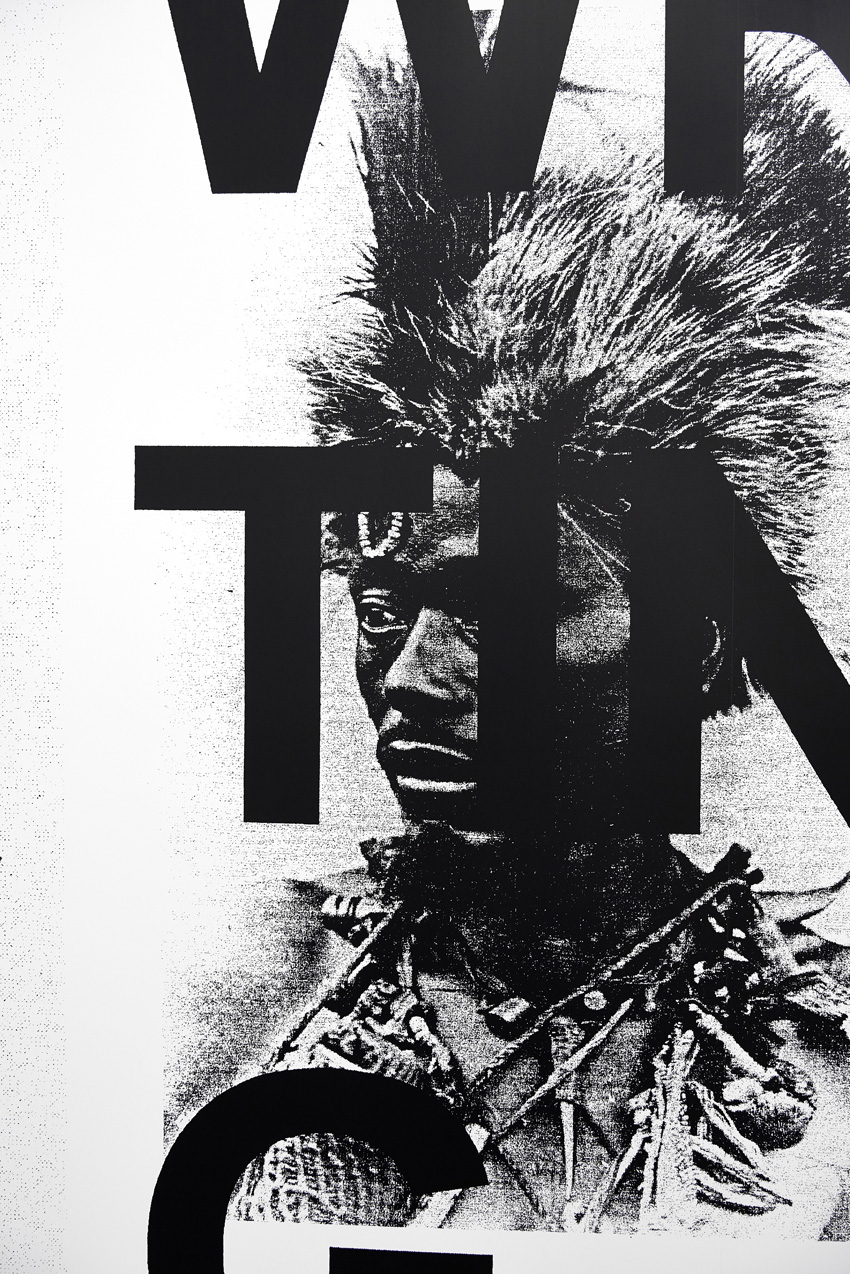 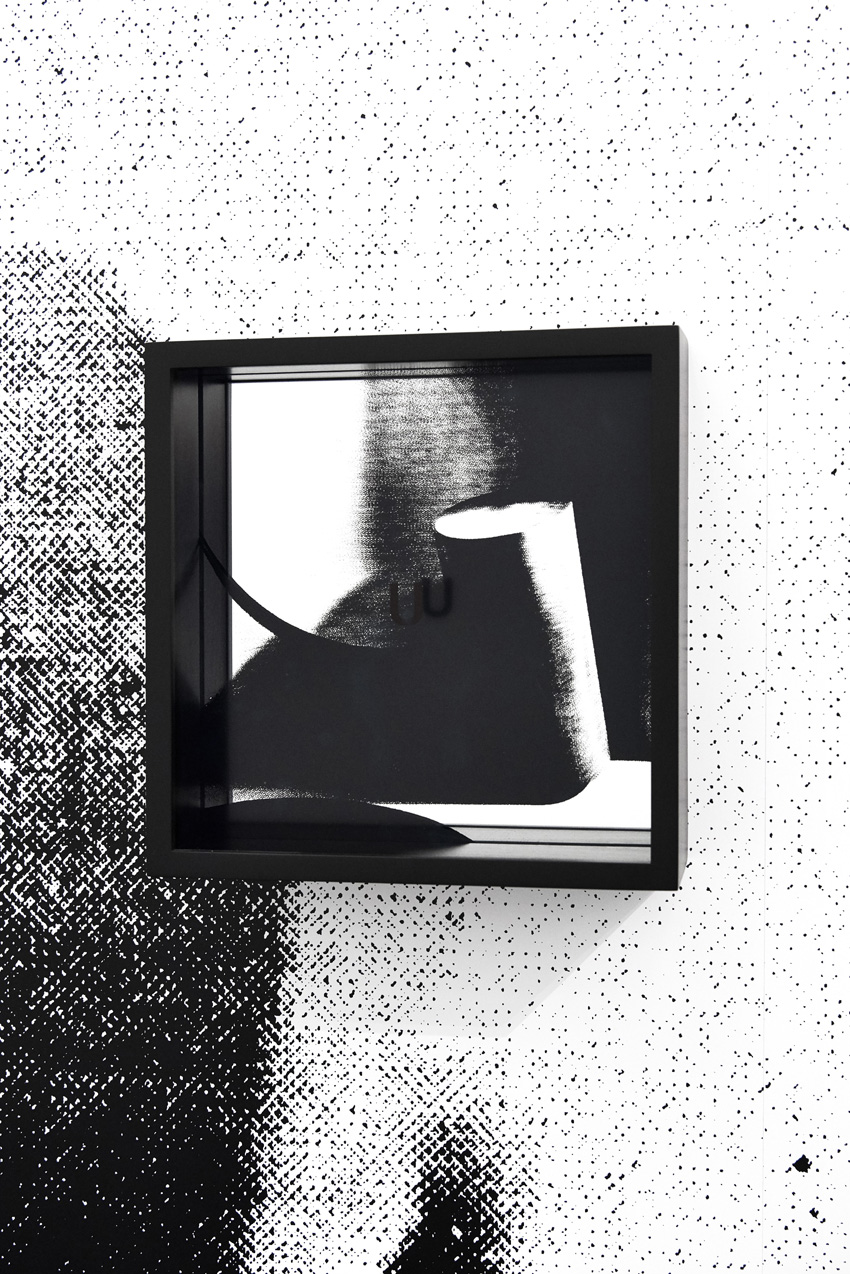 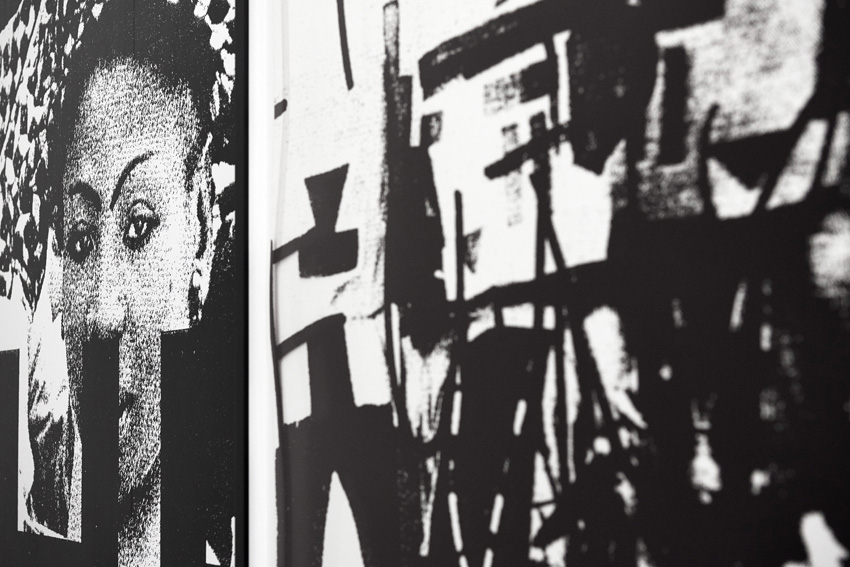 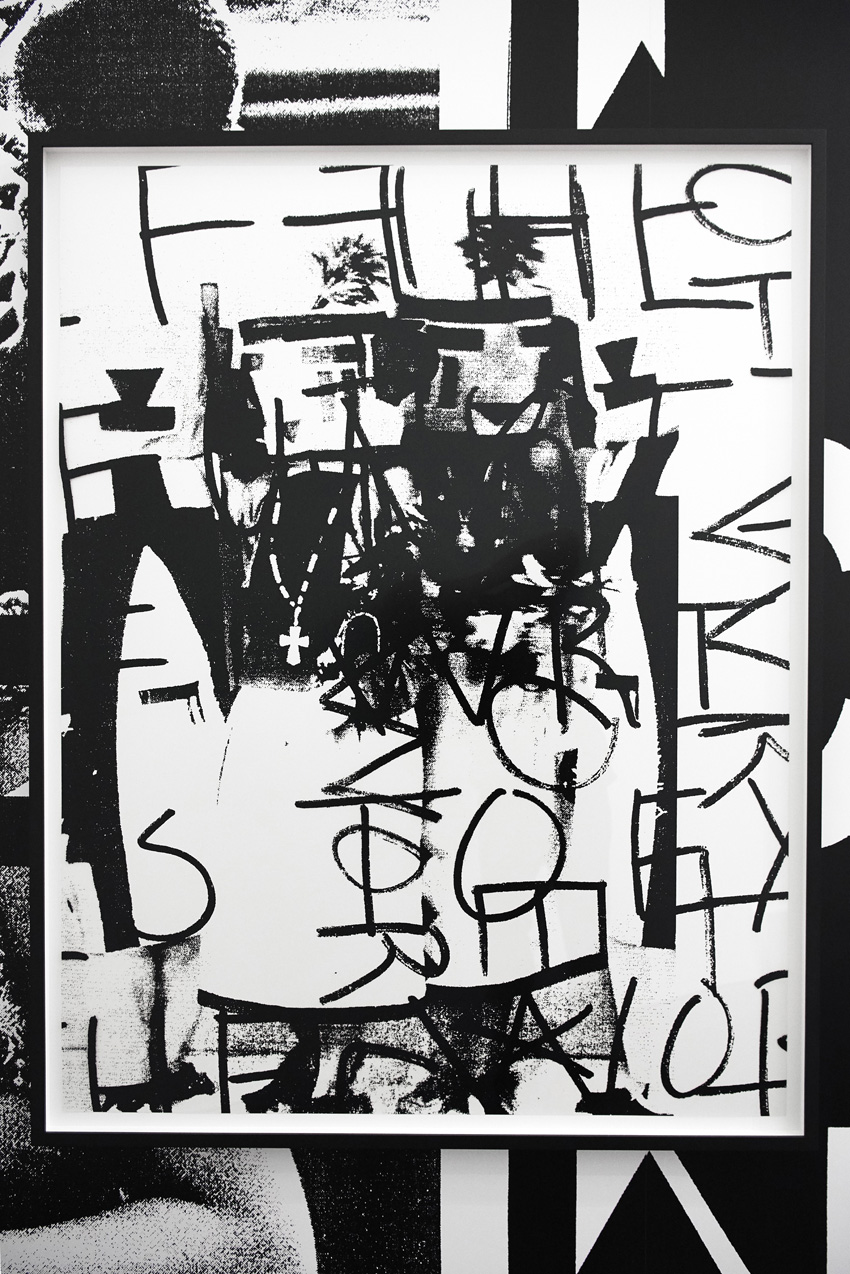 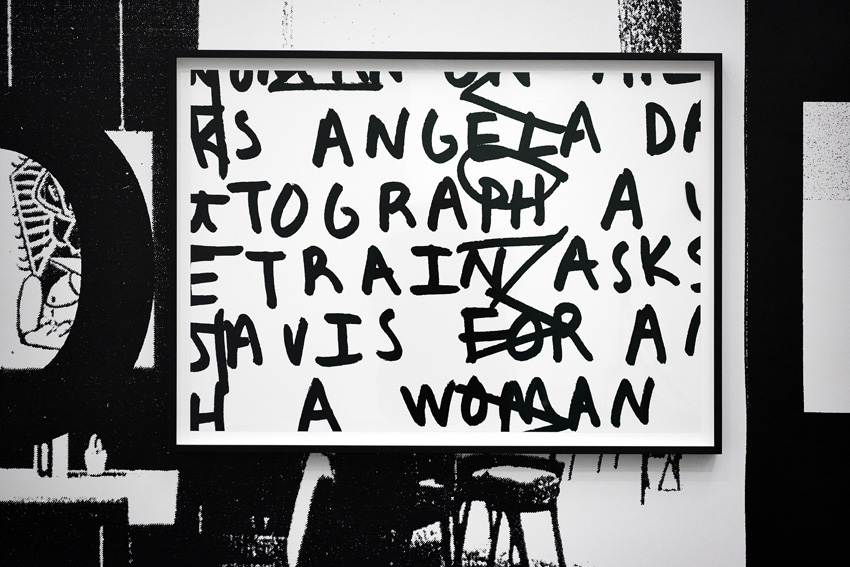 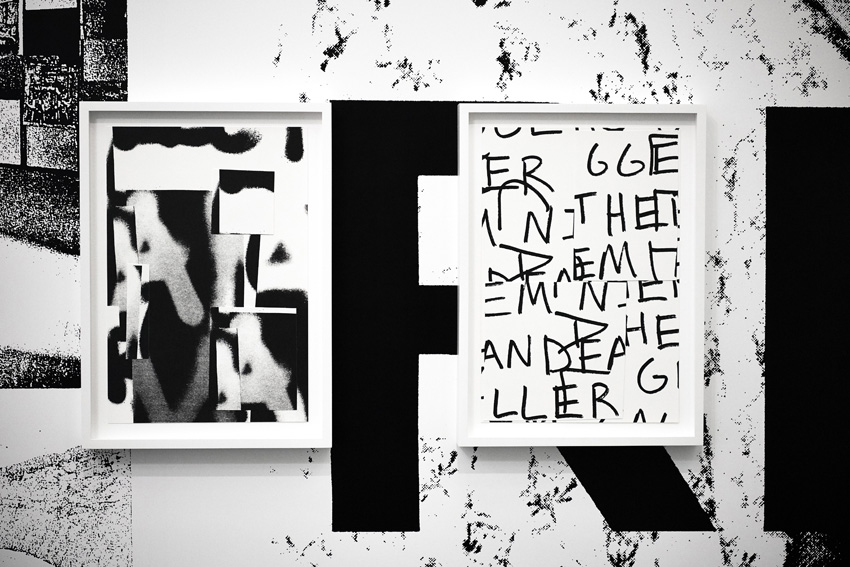 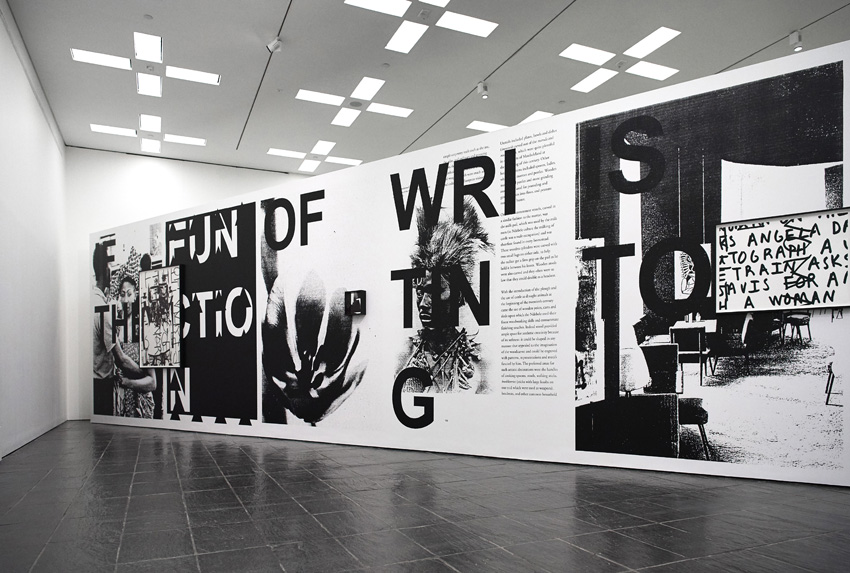 shot him in the face

Courtesy of the artist and Baltic – Centre for Contemporary Art