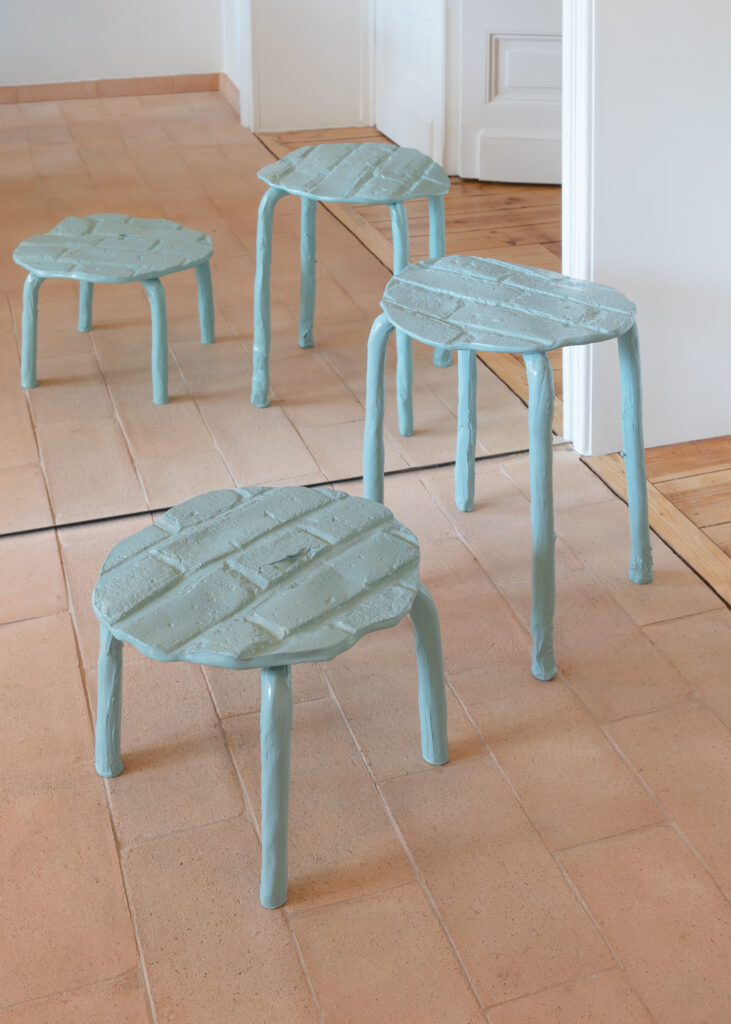 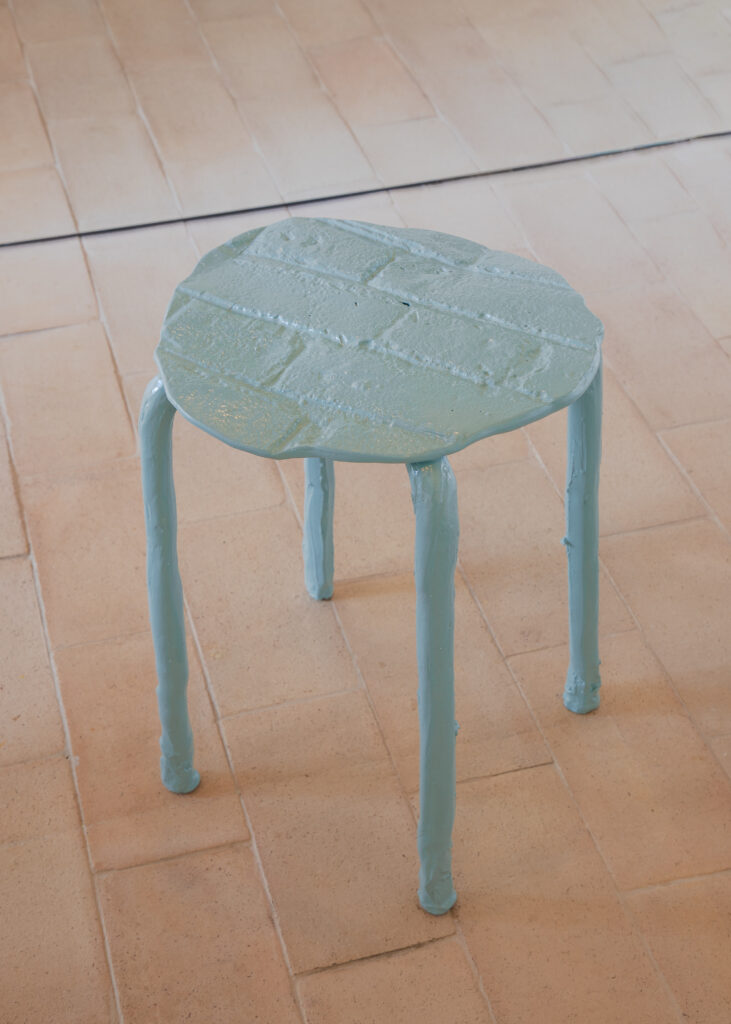 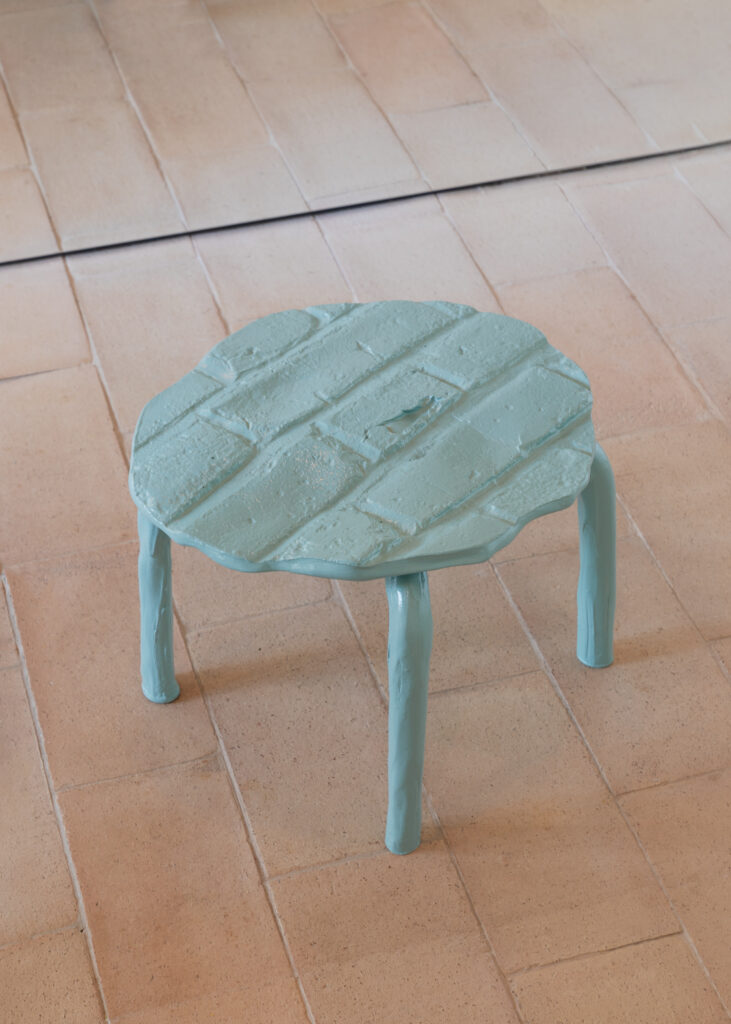 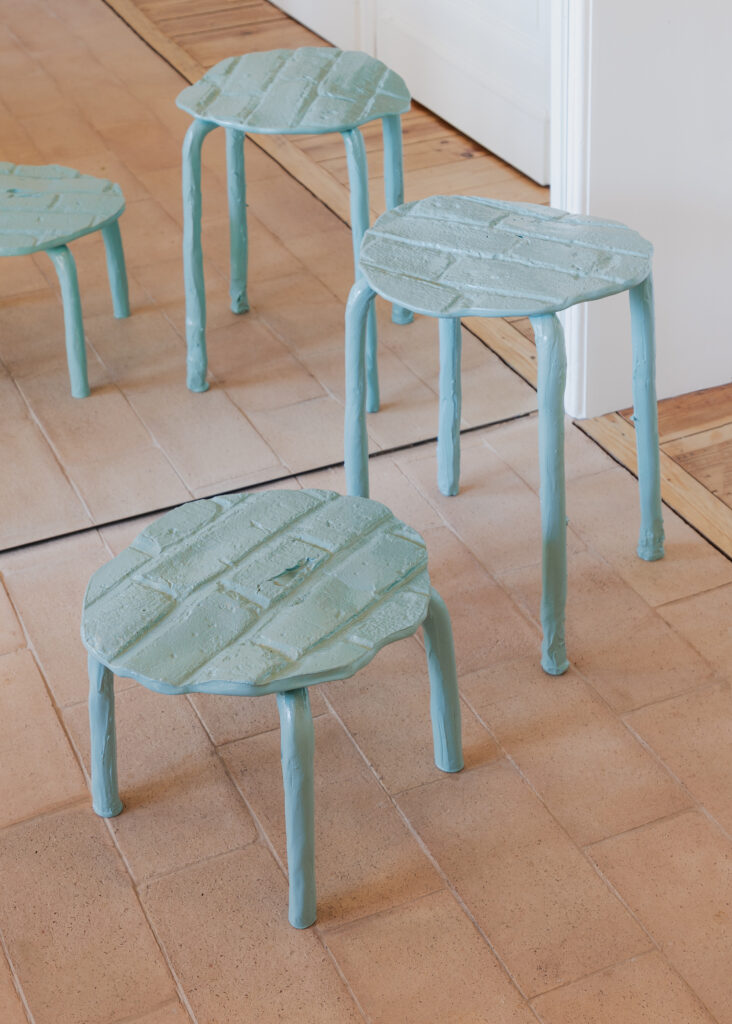 Unique stools, made to order

This series is presented by artlead objects

Sarah & Charles’ work draws from a continuous interest in the concept of simulation. In 2009, they started a series of works titled PROPS FOR DRAMA, which in the following years became a comprehensive project with several installations and two short films. The series played with the fact that viewers can at the same time observe the construction of the fiction and the fiction itself. As part of this series, Sarah & Charles have constructed an archive, a ‘storage of props” used in these films and installations, including PVC prints of doors, windows and bricks. Stripped of patina, colour and matter, these objects invite the viewer to a more subjective experience of the objects form.

The brick pattern became a signature motive. It was translated to textile in their Brick Curtain (2015), and the original moulded PVC sheets became prominent elements in various series such as Structures (2016) or Haut Reliefs (2013-2015).

Sarah & Charles now revisit their signature brick pattern in a series of handmade stools. Moulded and painted by the artists and produced in two sizes (approx 45cm and 25 cm high respectively) all brick-patterned stools are unique.

(Please mention with your order if you prefer a low or a tall stool.)

Sarah & Charles’ s work comprises various forms of arts: installations, decors, sculptures and videos. The artists have a particular interest in narration, fiction and mise-en-scene. In their work, both front and backstage are visible. That way the viewers can at the same time observe the construction of the fiction and the fiction itself. Their entire artistic practise revolves around the creation and simultaneously subversion of illusions.

On the one hand, they stimulate the imagination through the use of images that reflect the illusions fostered by the viewer, on the other hand they constantly dismantle those illusions. Besides staging, memory is also an important theme in the work of Sarah & Charles, memories and the personal experience of it.

Other works by Sarah & Charles

VEIN SECTION (or a Cave Painting) at Berthold Pott, Cologne