Produced with Rafael Ortega and Artangel, supported by Outset

Courtesy of the artist and Artangel, London

Over a span of several years, Francis Alÿs spent extensive periods of time in London, searching for a way of responding to the metropolis. He walked the streets of the city, observing its particular characteristics, listening to its sounds, reading its signs and surfaces, trying to get underneath its skin. He slowly shaped a project based on a number of different walks by different protagonists, notably the artist himself, an urban fox and a retinue of Coldstream Guards marching through the City of London.

Seven Walks (2004-2005) was commissioned by Artangel, and first presented in a sequence of rooms over two floors of a neo-classical building on Portman Square and in the National Portrait Gallery in central London. Paintings, drawings, maps, and notes made by Alÿs during his periods in London were brought together with a number of videos including the 30-minute work Guards, looped sequences of Alÿs playing on the metal railings of London streets with a drumstick and The Nightwatch, which tracks the furtive movements of a fox through the galleries of the National Portrait Gallery at night.

The walks were for the most part enacted in parts of the city where its wealth and history are particularly conspicuous – the City of London, the National Portrait Gallery, Hyde Park, and some of its most grand neo-classical squares. Three of the walks – Guards, The Nightwatch and Railings – were made with Alÿs’s long-term collaborator Rafael Ortega.

For Guards, the artist passed on instructions to a troop of 64 Coldstream Guards to take one of many pre-planned routes through the city.

When one soldier met another, they were to march together until they met another soldier or group. At the point when the entire troop was in formation, they marched to the nearest bridge and then dispersed, breaking from anonymous military mass to individual agents.

A selection of Francis Alÿs films is presented on the artist’s website. Click through to see more classics such as The Modern Procession, When Faith Moves Mountains or Paradox of Praxis. 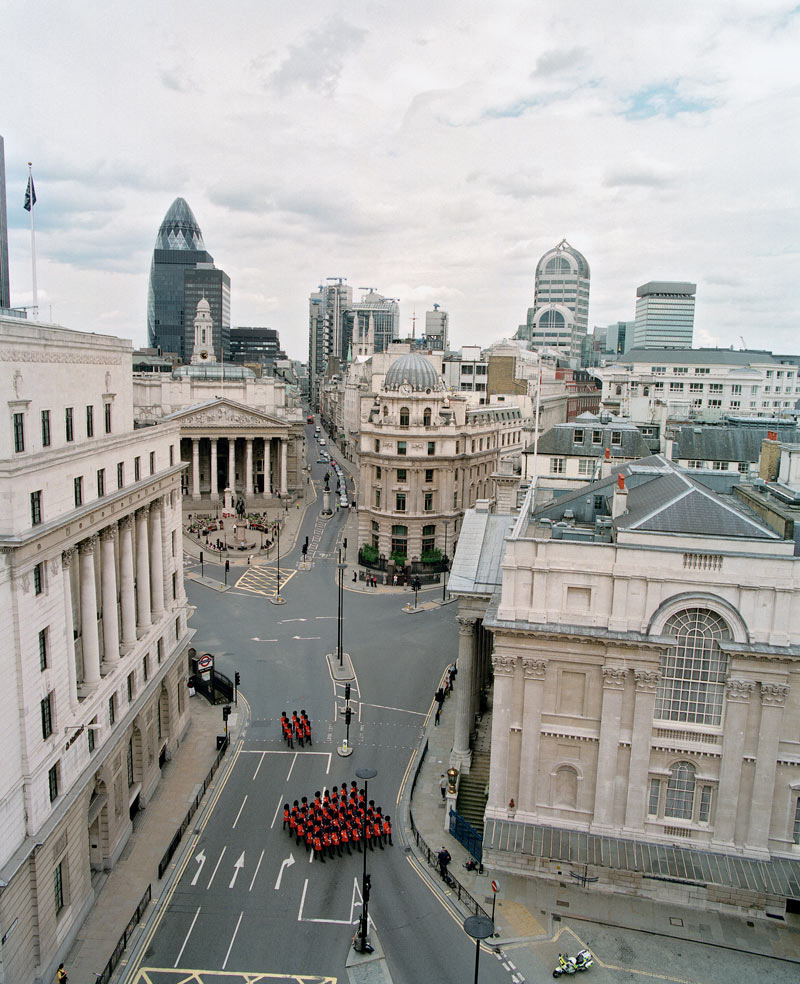 Images and text courtesy of the artist and Artangel, London.