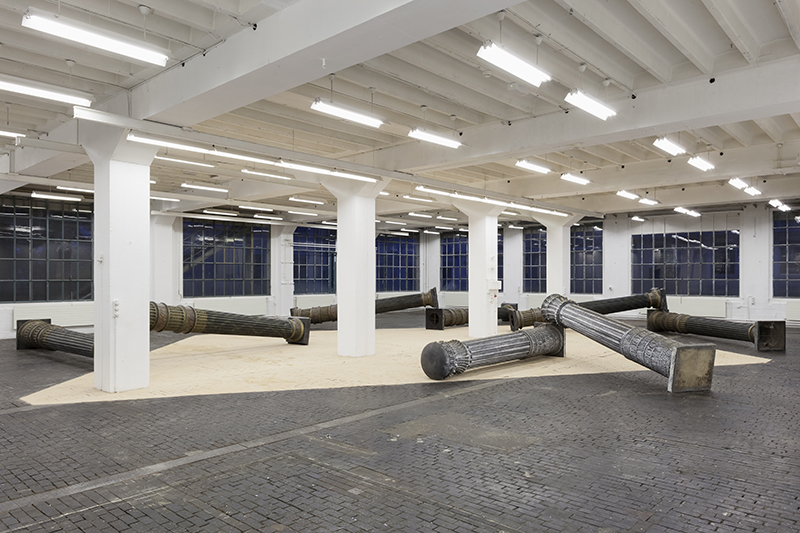 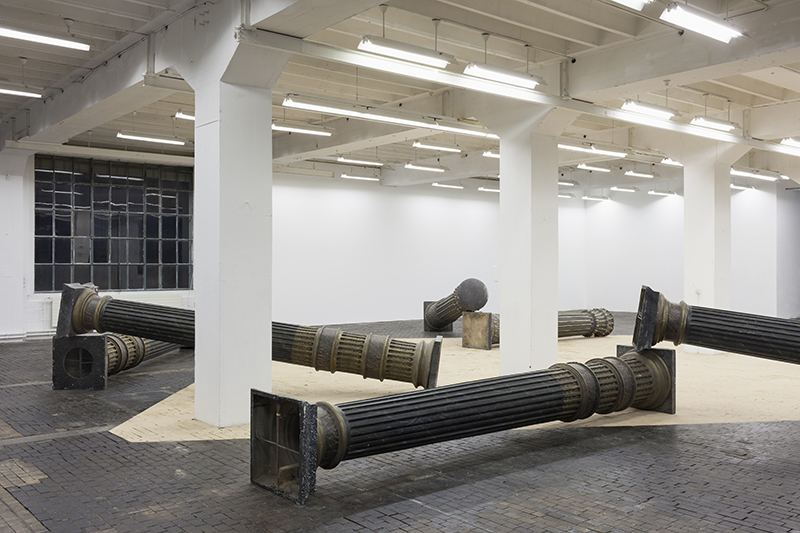 Since its origins, the work of Sonia Kacem is driven by the deeply intuitive and sensual relationship she has with her chosen materials. Her voluminous ephemeral site-specific compositions are the result of an array of spontaneous gestures, which use a kind of performative system attempting to merge the content and the container, the macro- and the microscopical.

The ephemeral and modular aspect of Sonia Kacem’s installation requires preliminary plastic research work, taking place in the studio. She stores an array of materials that might one day serve her: dust samples, pieces of fabrics, sketches, models, bric-a-brac of objects, books where she jots down ideas and reinterprets old works to develop new ones.

Night Shift – Kacem’s first major solo exhibition in a Swiss institution – was conceived during her four-month residency at the Centre, and reflects its own architectural format. Objects manufactured in the industrial world and the matter – retrieved or rented for the occasion – are here taken out of context, deprived of their artifact status, grouped and staged in provisional situations echoing the two very distinct spaces intended to receive them: the open space of the second floor, with its natural light, evoking a horizon versus the fragmentation of the closed rooms of the third floor.

The large installation on the second floor consists of a series of columns in glass resin, decorative elements from the Theatre de Carouge, giving life to a mysterious and imposing landscape. In some way, extending throughout the environment, Kacem’s work always possesses a strong pictorial component. In the case of this installation it seems as if the artist invites us to enter physically into a painting by De Chirico. The area drawn with wood dust accentuates the pictorial dimension of this great picture taken out of time and echoes the installation presented on the third floor.

The work on display on the third floor has been conceived as a succession of five diverse episodes characterized by a diverse ‘dramaturgy’, which summarise, in their diversity, the major part of Kacem’s artist practice: she uses foldable sheets which allow painterly gestures in the space. In the first room the gesture is a radical one: a laminated shining black sheet is stretched from pillar to pillar, to form a sort of black wall that covers the space normally intended for the exhibition of works. In the second room Kacem repeats the same gesture, but the black sheet this time allows a glimpse on two bands of yellow fabric that dynamically run along the wall and make up a background for a group of wooden sculptures. These works demonstrate the extreme articulation and complexity of the practice of this Geneva based artist, who does not limit herself to working on existing materials and objects but creates instead complex and unusual forms. Then comes the third room, inside of which Kacem has placed a few bedheads that she collected during her recent residence at the Centre. As often happens in her work, Kacem appears concerned with an examination of the result between the interaction and juxtaposition of varied elements. In this sense Kacem’s practice appears to be based essentially on a process of associative thought. The artist seems interested in exposing her found objects to a strong tension, to let the audience examine their interaction. In the fourth room Kacem places a band of blue fabric, two simple horizontal strips forming, in a corner, a sort of waterfall, a drape elegantly falling to the ground. On the floor, diverse orange sheets of material form an elegant panorama. The artist’s sensual approach to materials plays a leading part in this composition. The exhibition concludes with the fifth room, again with a simple clear gesture. Here, in a corner, Kacem creates a kind of unexpected embrace using the grey dome of camping tent, the result of the tension in a plastic flap pulled towards the opposite wall.

These autonomous and built forms confront the random and disorderly nature of installation. Through its sculptural components and its appearance of décor, this project walks the trails of fiction or drama, question the notion of the status of the artwork and of the production cycle while staying in the abstract register. 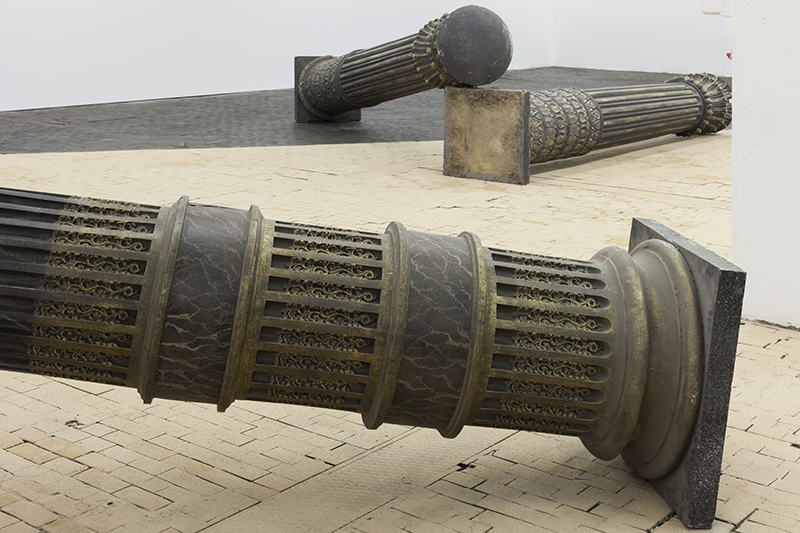 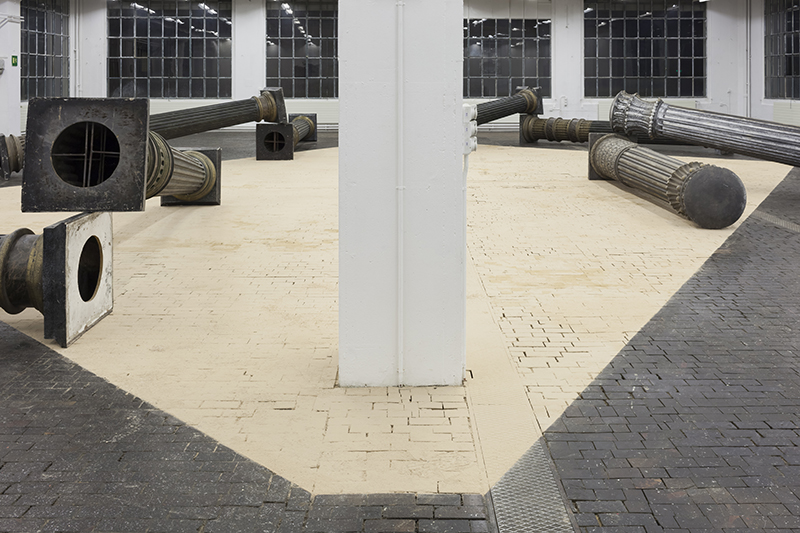 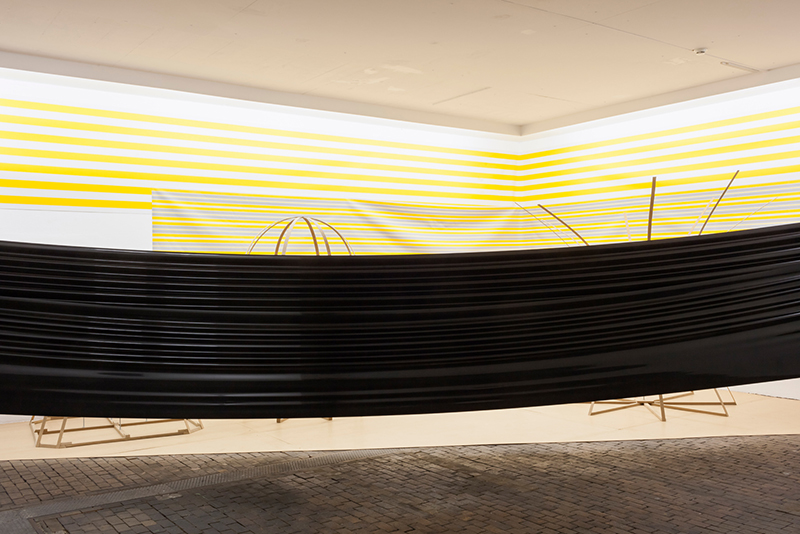 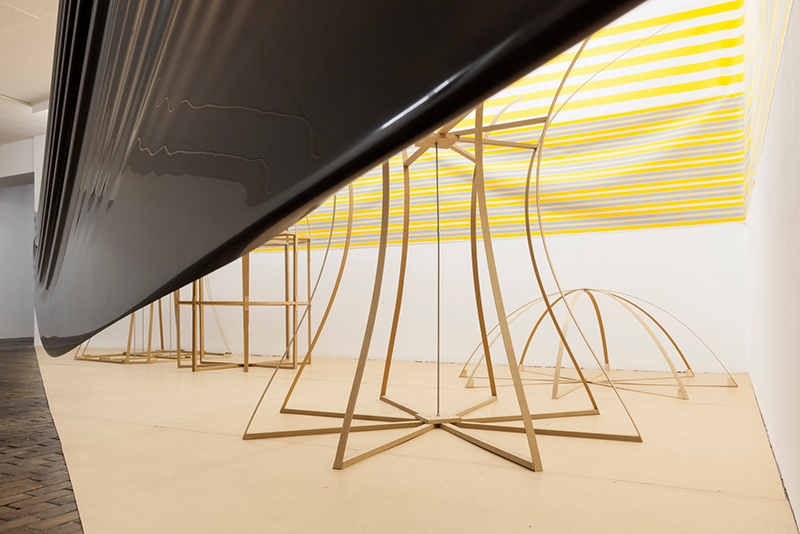 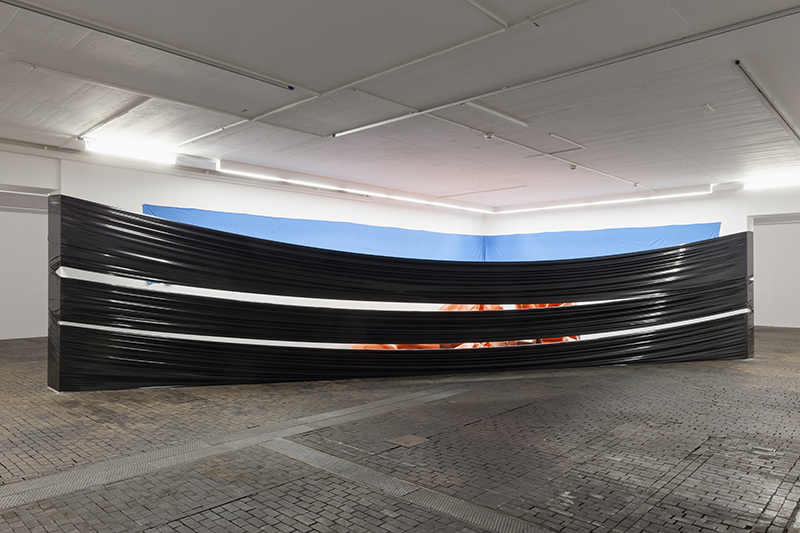 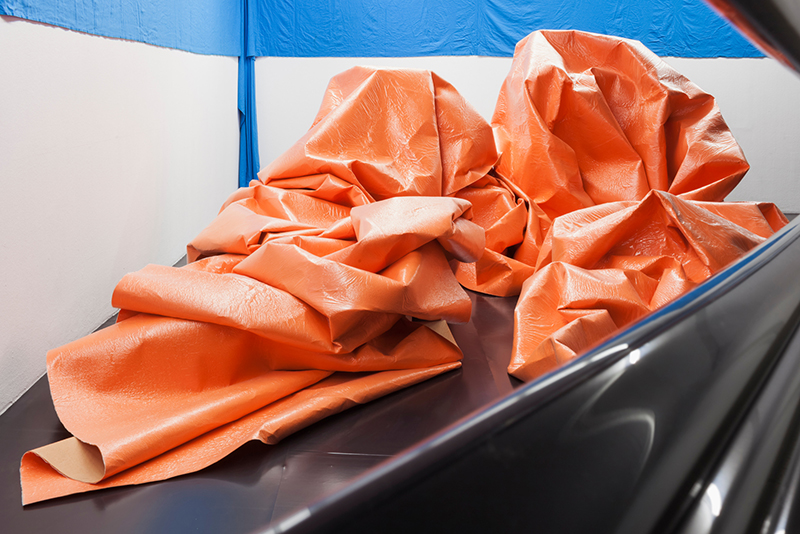 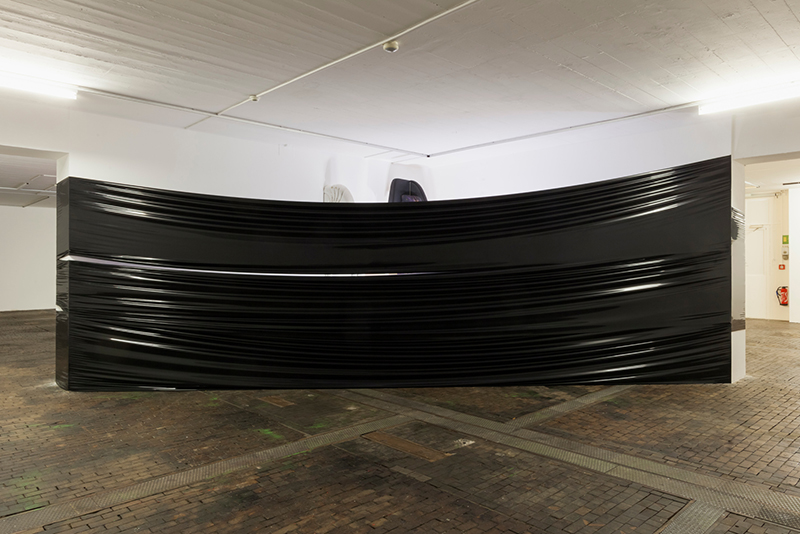 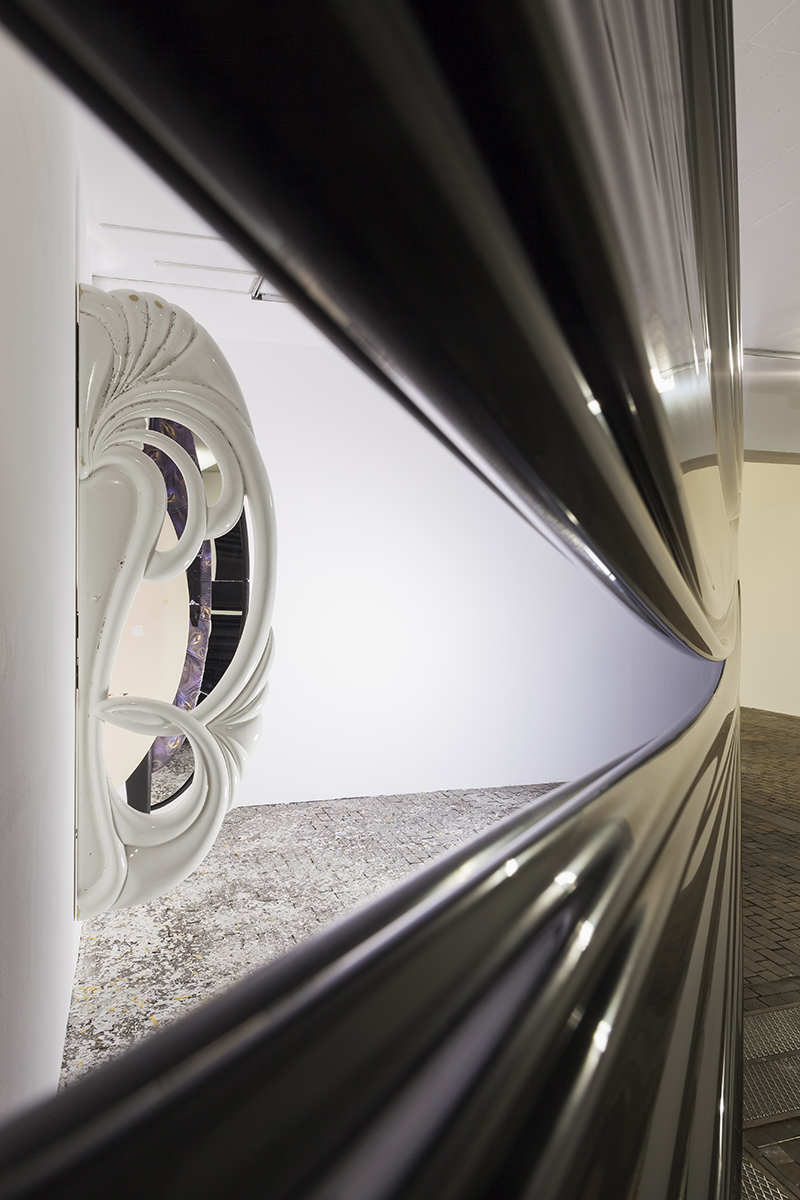 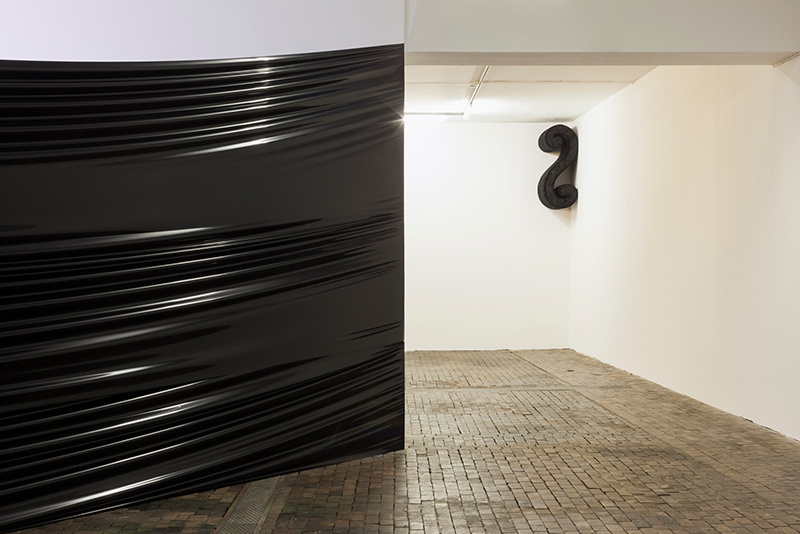 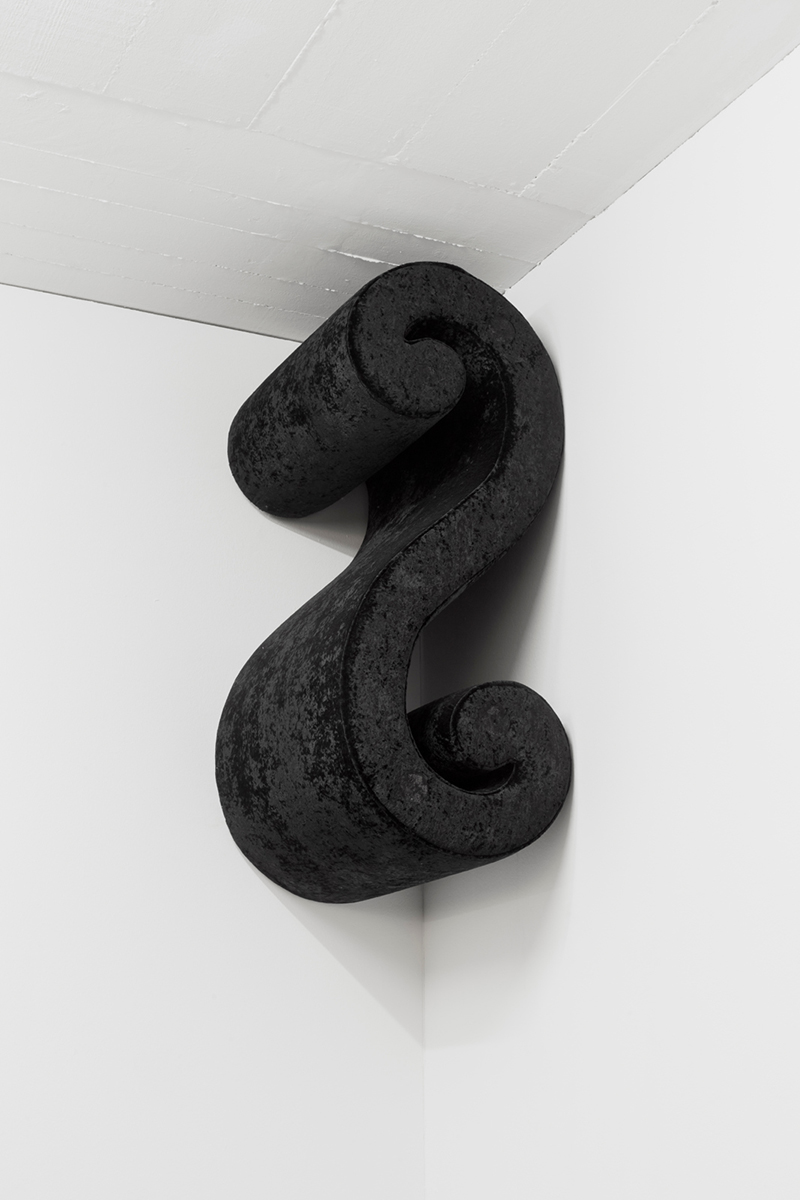 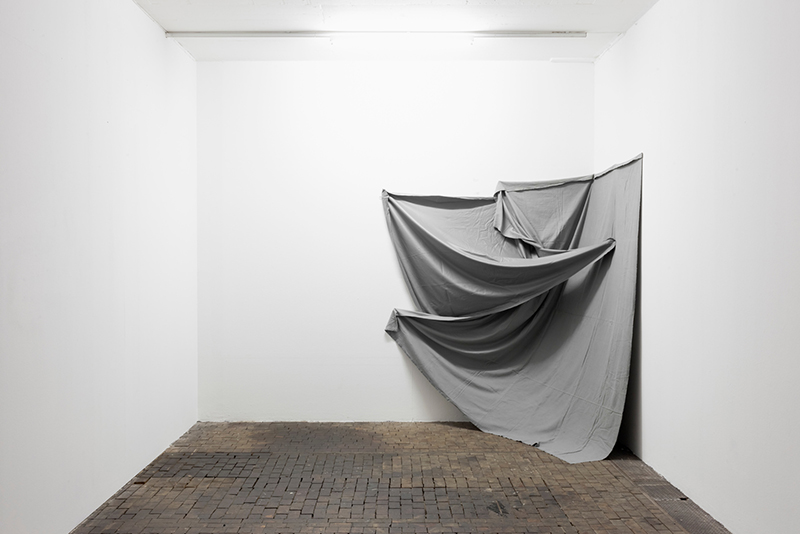 Images courtesy of the artist and Centre d’Art Contemporain Genève