Seth Price holds a unique place in contemporary art. Rather than settle into one medium or style he has repeatedly pushed into new territory. His innovations, interests and themes have been widely influential on his own generation and younger artists, due partly to his approach to digital manipulation and cultural flux, in which a deep kinship with technology meets skepticism towards these advances. Novelist Rachel Kushner has called Price’s work “vision so accurate it becomes fiction.” Beatrix Ruf, director of the Stedelijk Museum, observes: “Seth Price is a key figure in addressing technology and artistic authorship. His work traces an important art historical shift from the concept of collage, where chance played a major role and the image was constructed of multiple layers, to the concept of a unified image, which envelops us in an endless, undifferentiated, digital stream.”

Price’s exhibition at the Stedelijk Museum offers an unflinching portrait of contemporary, mediated Western life. A key theme in Price’s work is the self under technological pressure. This is often expressed in terms of the ‘skins’ of surface, packaging, and wrapping: a photographic study of a person’s skin obtained through the technologies Google employs for mapping; a vacuum-formed plastic relief presenting a body part stranded in plastic; a large wall sculpture depicting the negative space between two people engaged in intimate action, greatly enlarged from a tiny internet jpeg.

Materiality is the leitmotiv that runs throughout the exhibition. Price uses his materials not simply for aesthetic reasons but for their sociological and historical resonances. The Vintage Bomber (2005-2008) wall reliefs were produced by forcing heated polystyrene over the cast of a bomber jacket to yield an empty shell that is both 3D icon and 2D image; while they may initially seem abstract, Price here considers the way a utilitarian object invented by the military becomes embraced and reworked, first by repeated waves of 20th century subcultures, finally by the global fashion industry. For Price, plastic here holds many cultural and symbolic references: to the Postwar North American and European belief in progress, to the packaging industry and the distribution of consumer goods, and to the elasticity of the virtually endless possibilities inherent in digital manipulation.

In his sculptures, films, and writings, Price has also been a prominent and early exponent of an art that depends on interlinked webs of works, media, and references, and which has come to be called ‘networked art.’ To disseminate his work, he has always opted for a miscellany of networks beyond the gallery: the free circulation of music, writing, and video, or the sale of clothes and books outside the art world. Price is also one of the foremost and best-read artist writers of our time, and his publications and essays enjoys cult status among artists, designers, and thinkers. His books include Dispersion (2002), a prophetic and almost instantly canonical essay on digital culture; How to Disappear in America (2008), a manipulated assemblage of found texts about vanishing from contemporary life; and the 2015 autofictional novel Fuck Seth Price. 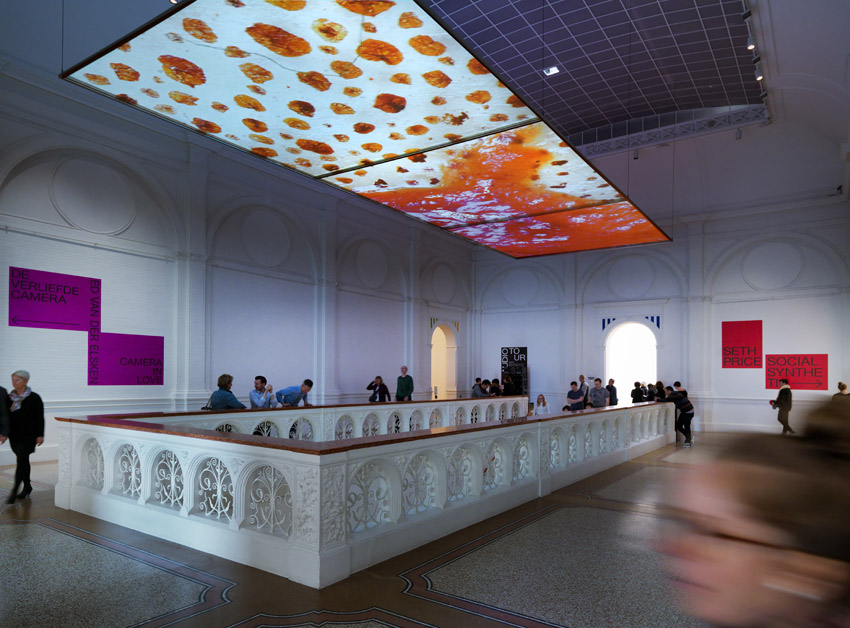 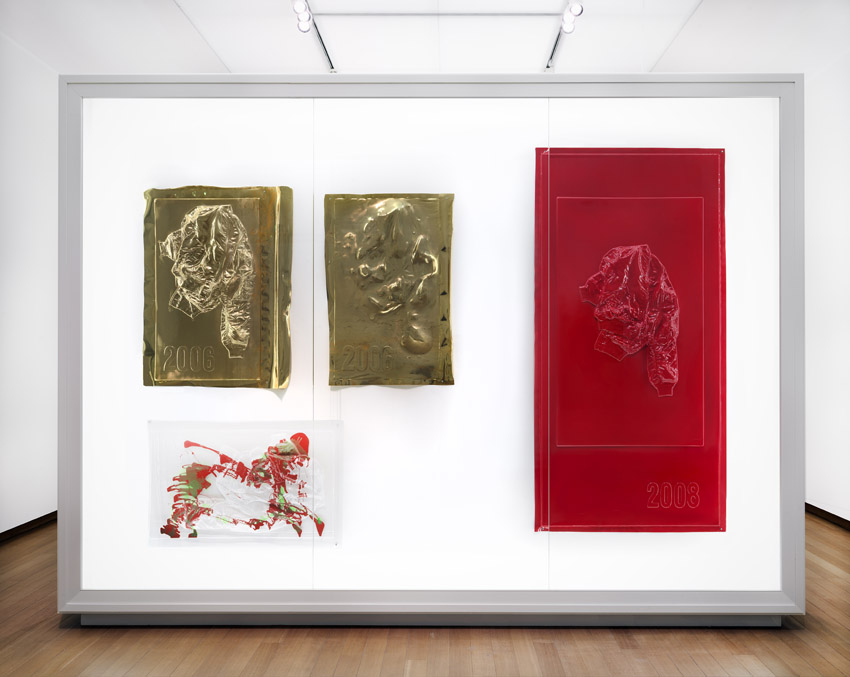 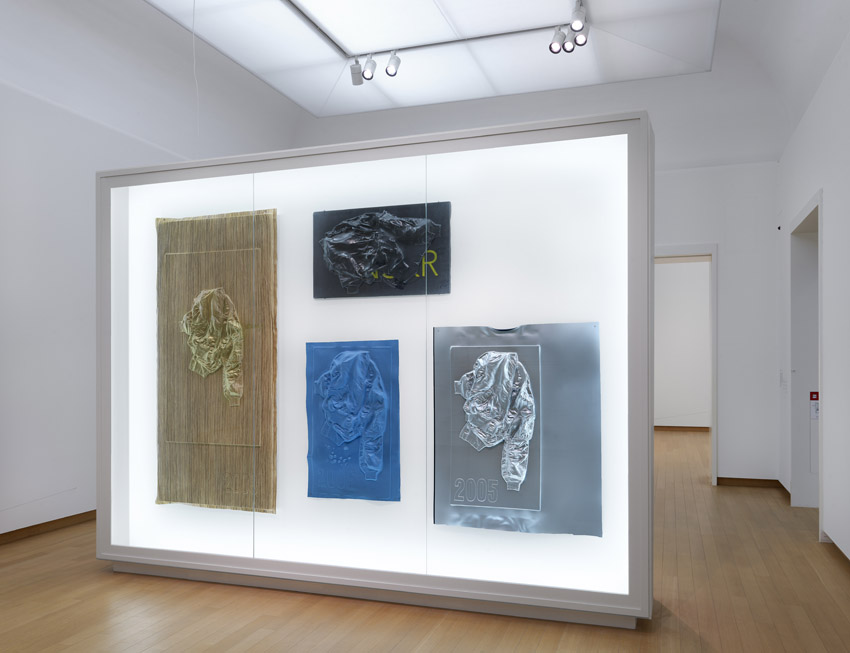 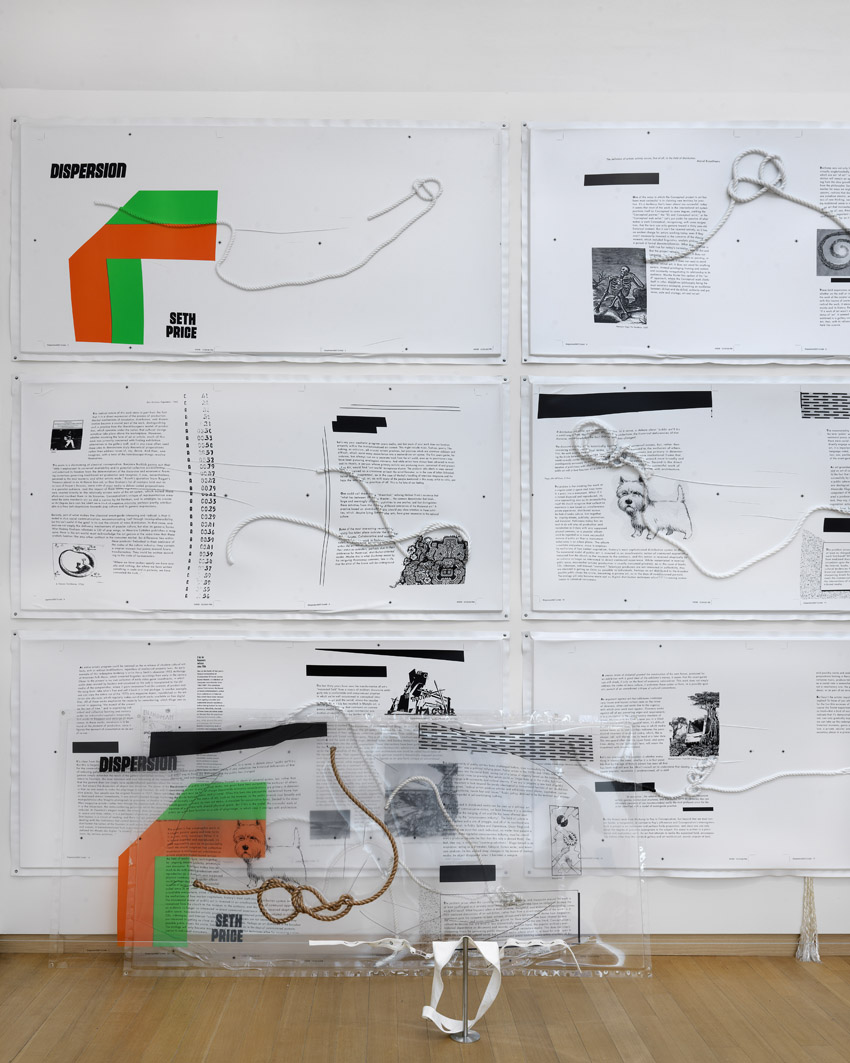 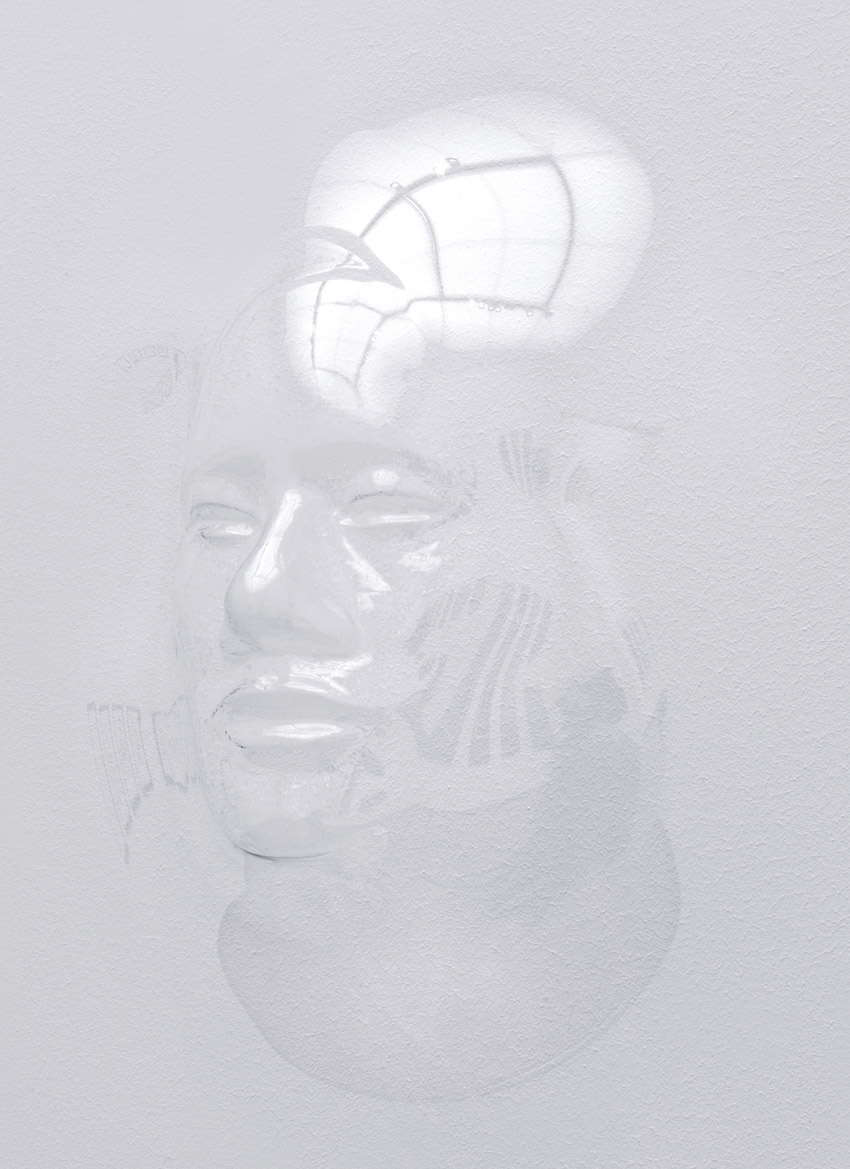 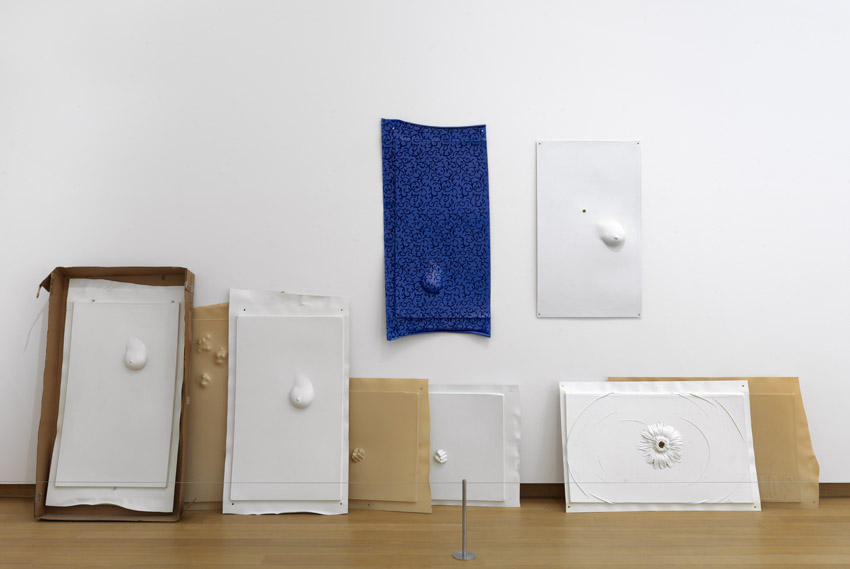 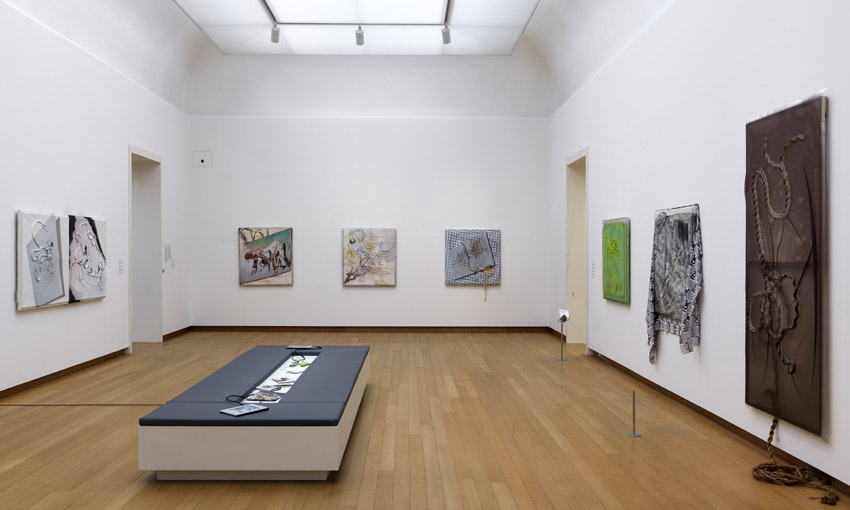 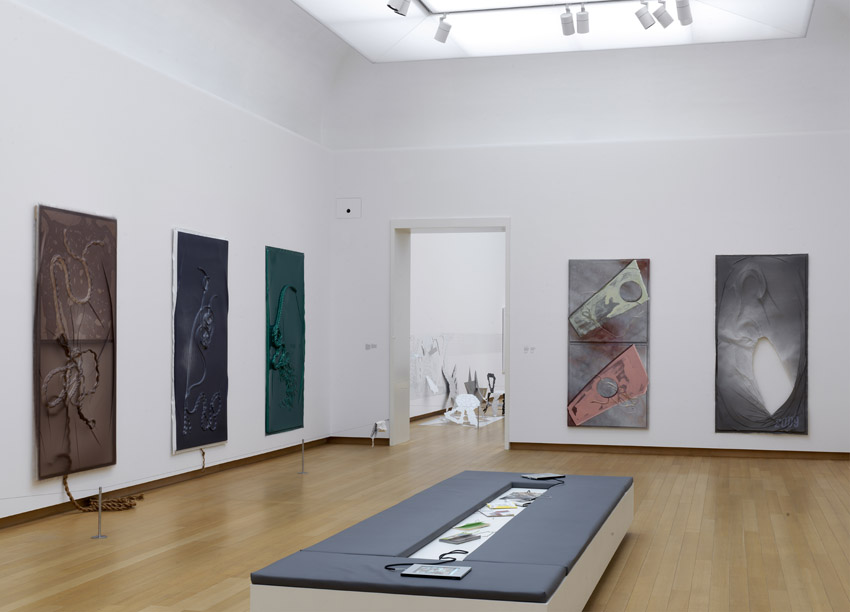 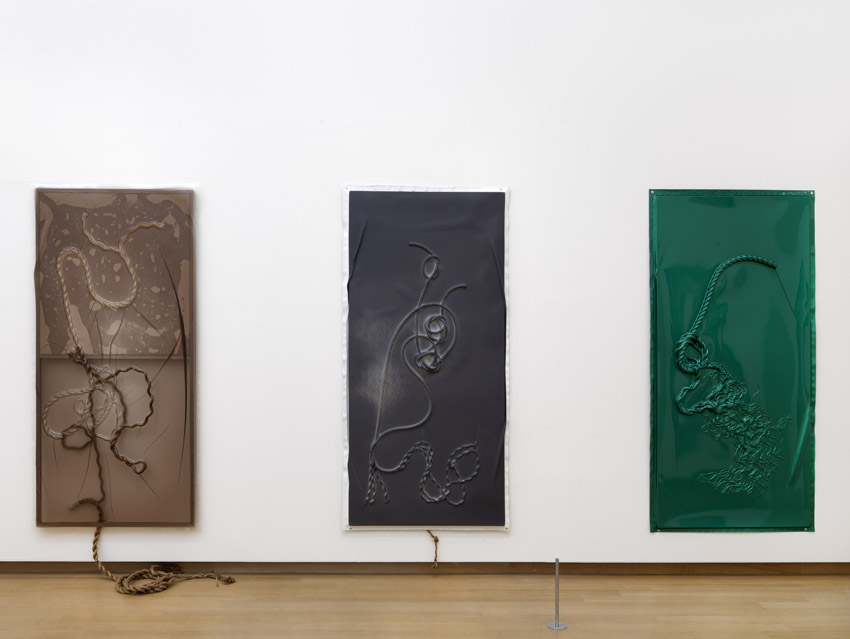 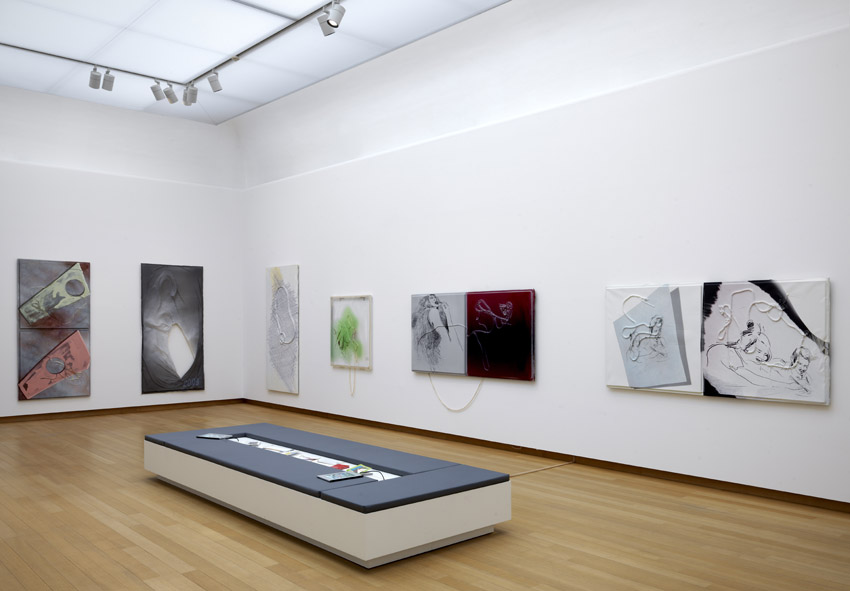 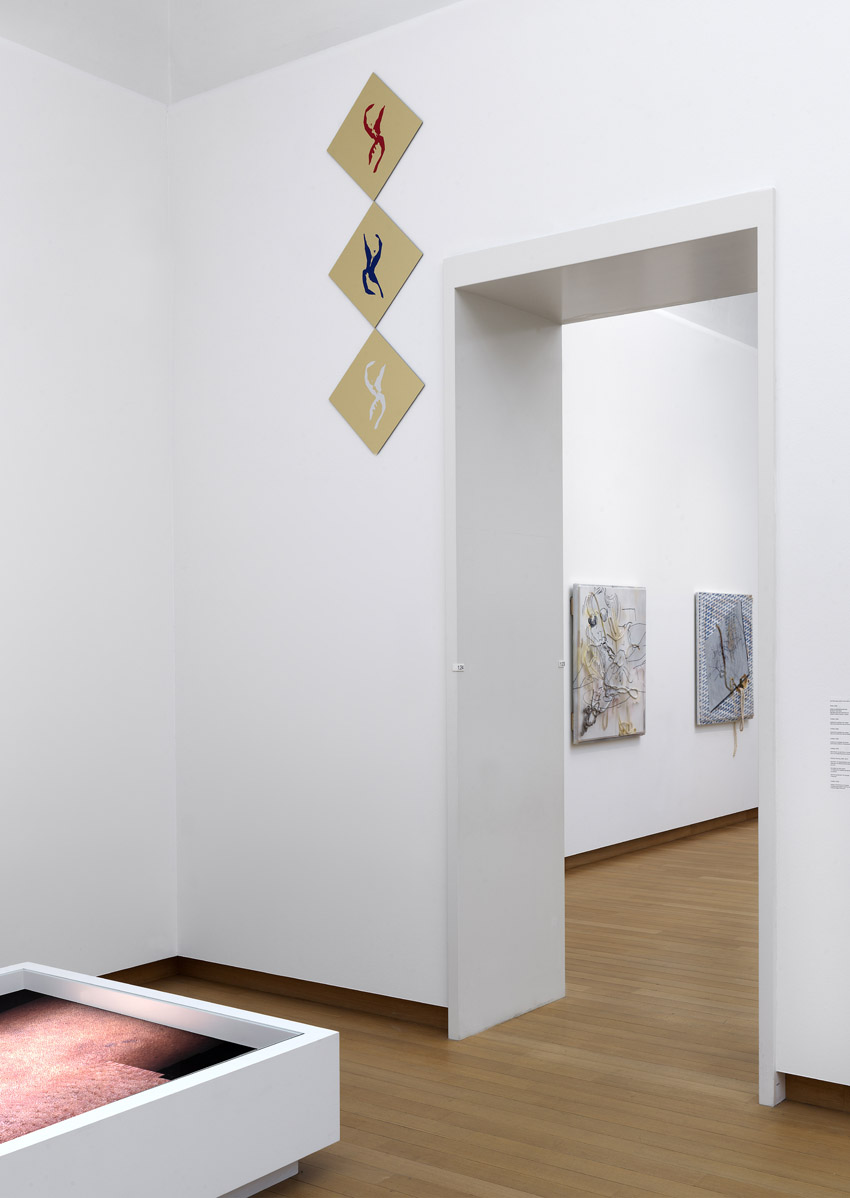 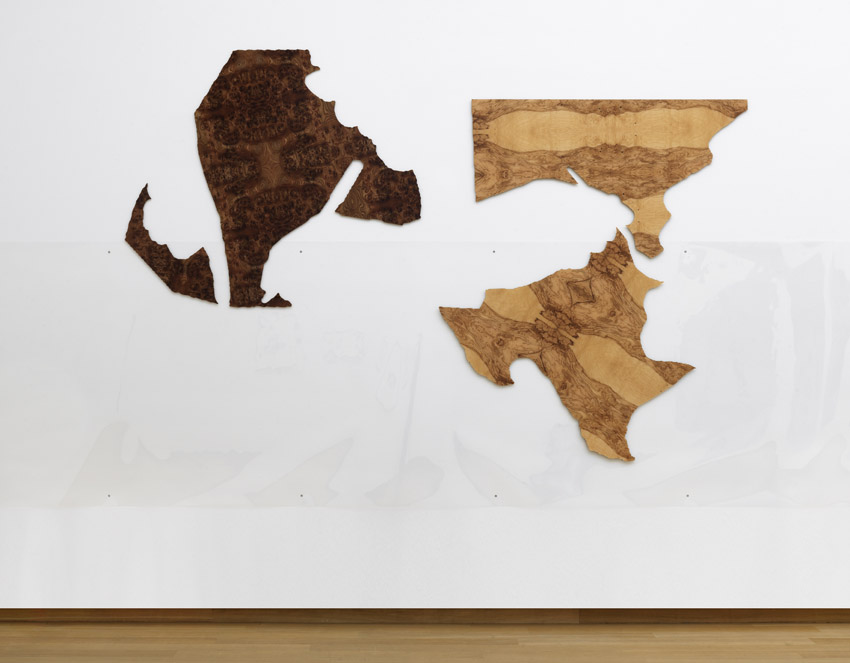 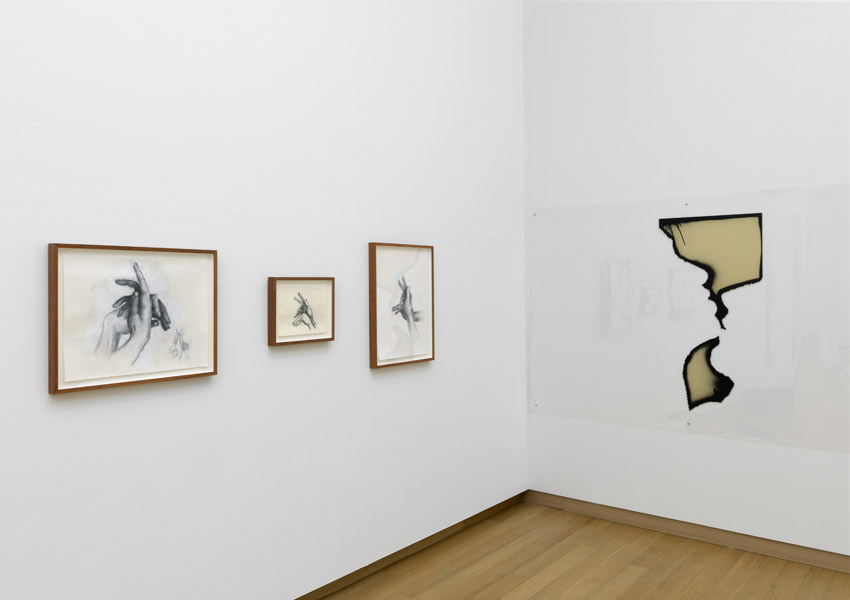 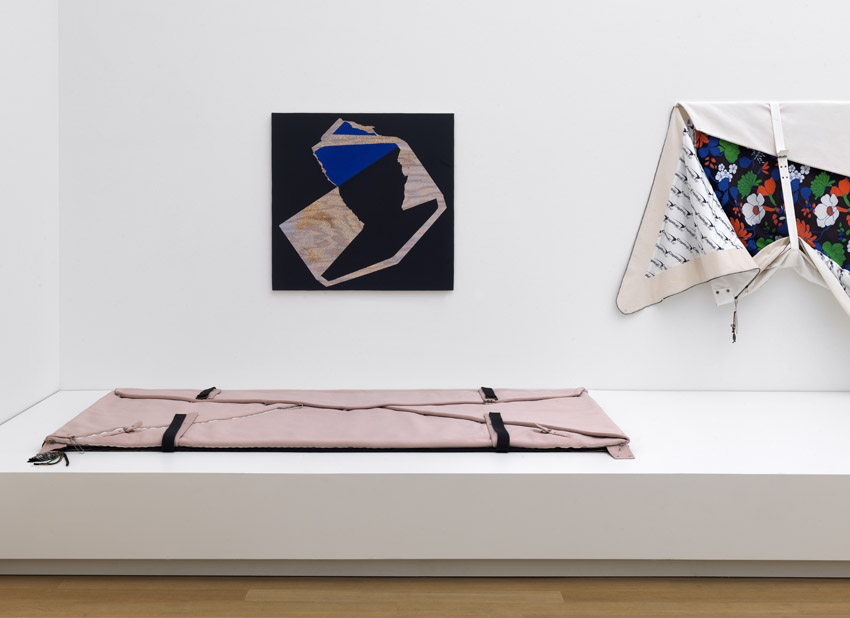 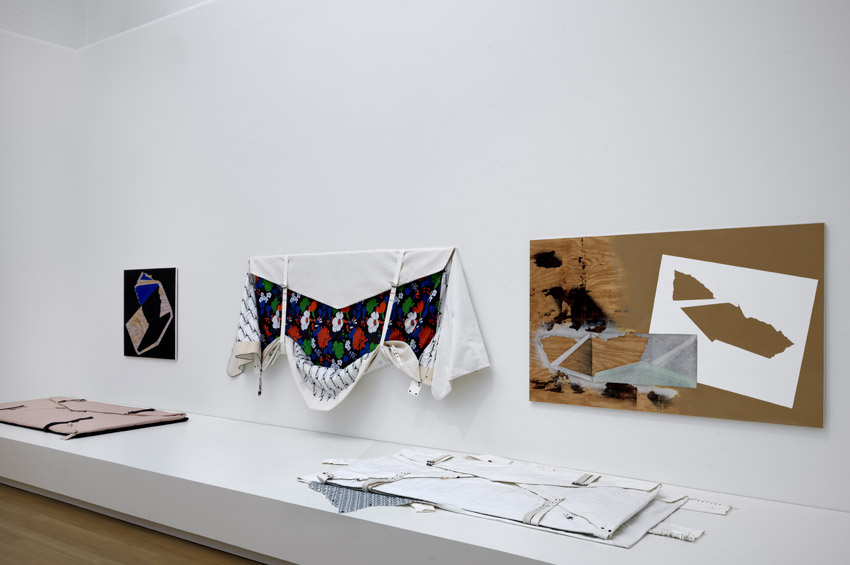 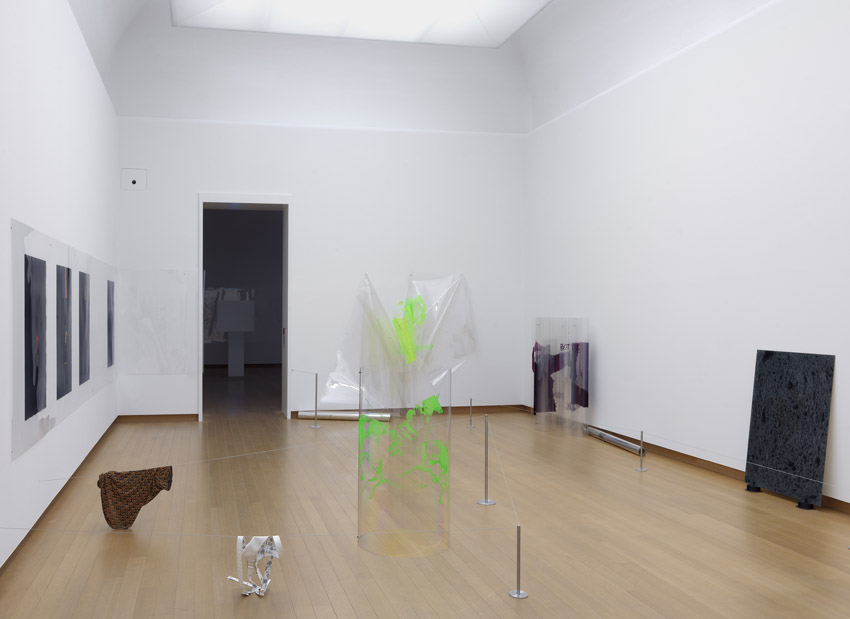 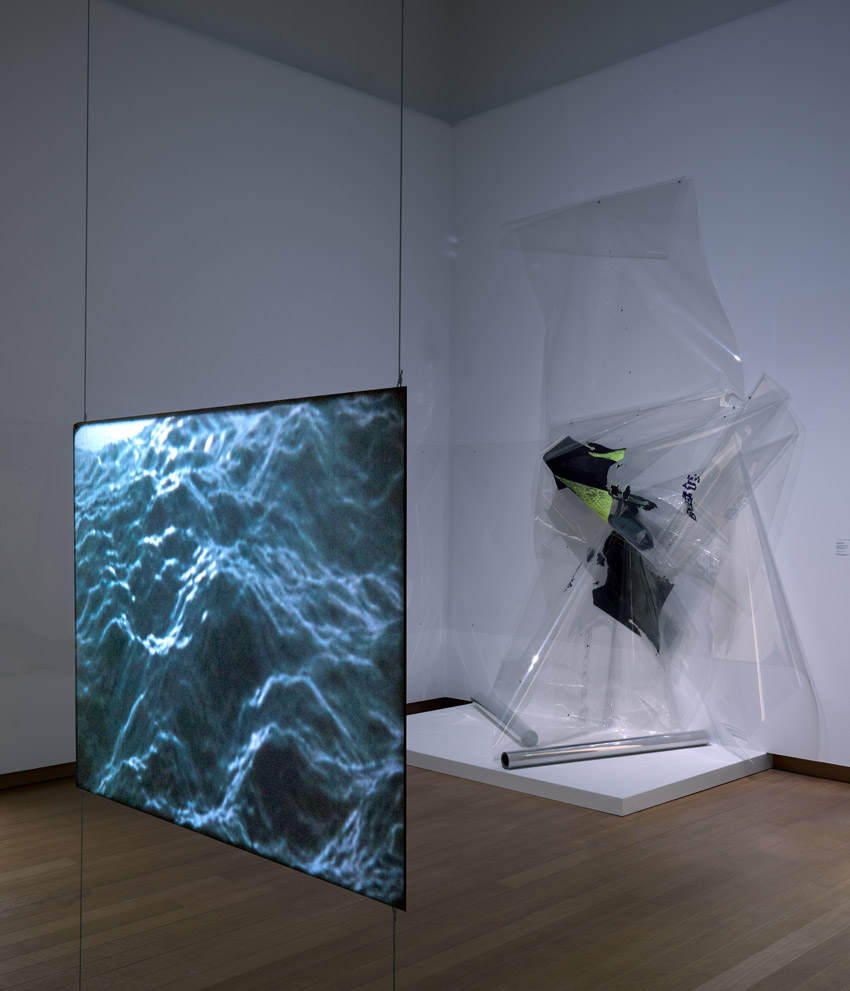 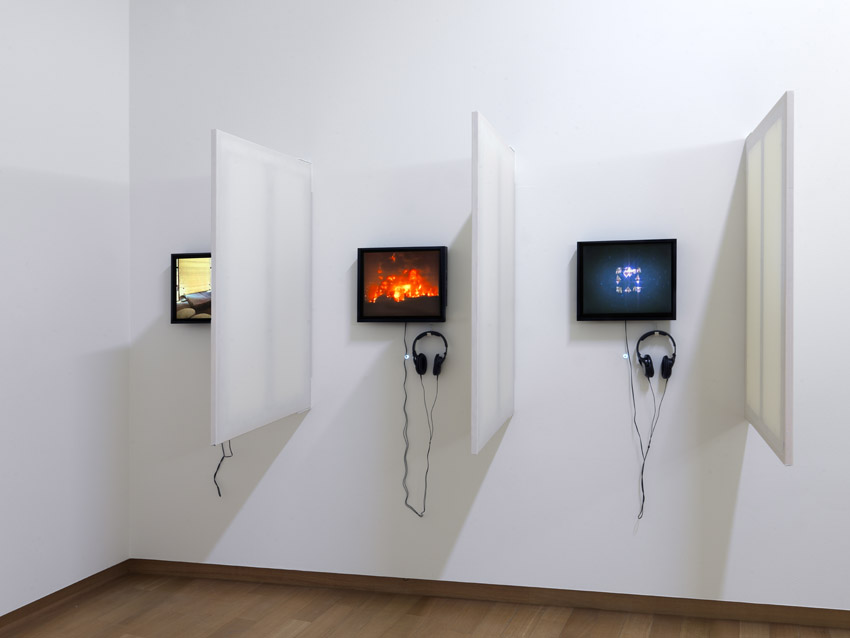 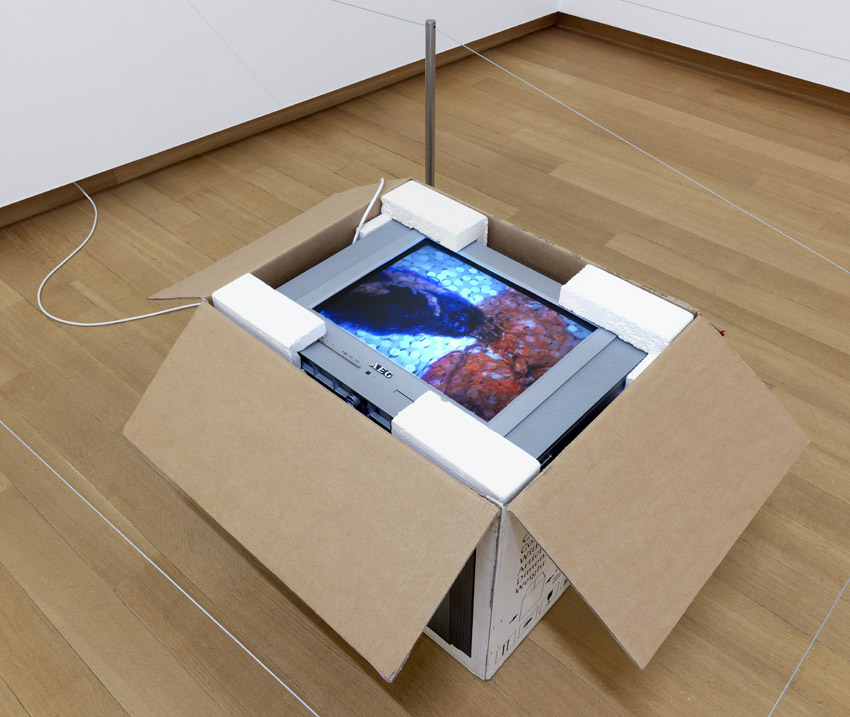 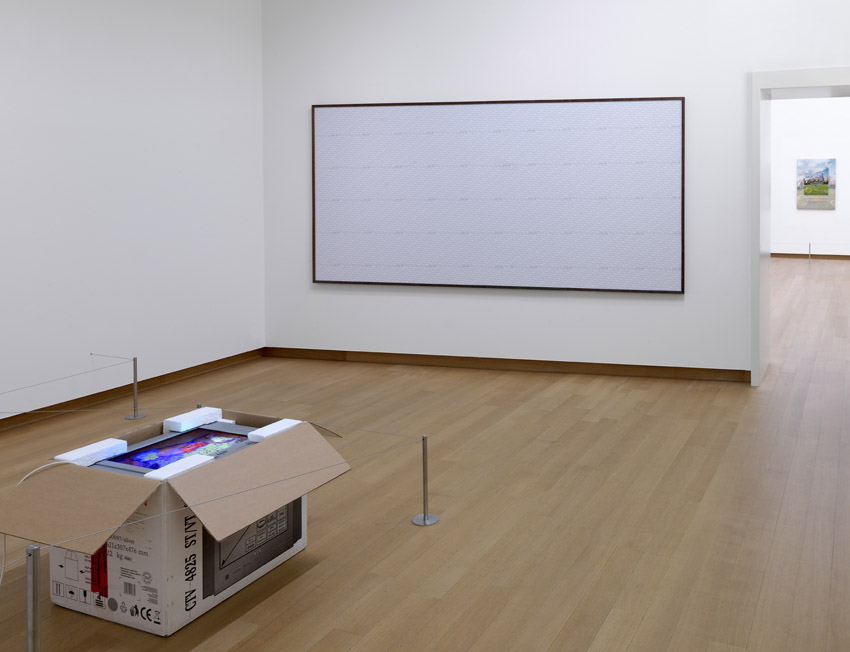 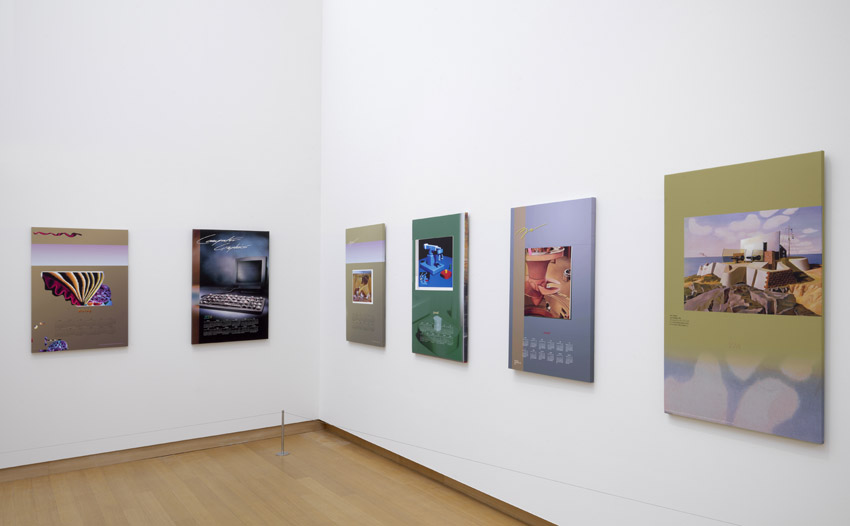 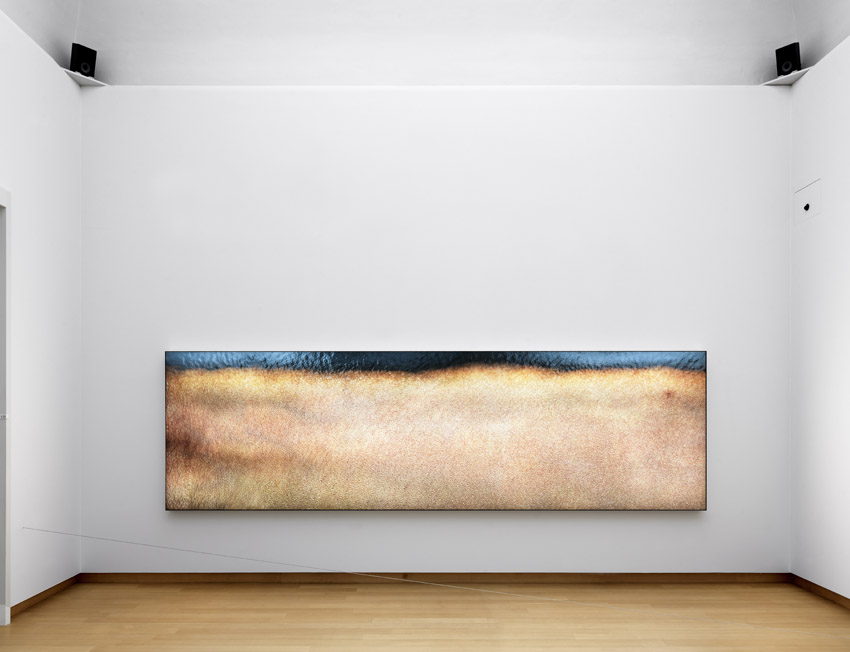 Courtesy of the artist;