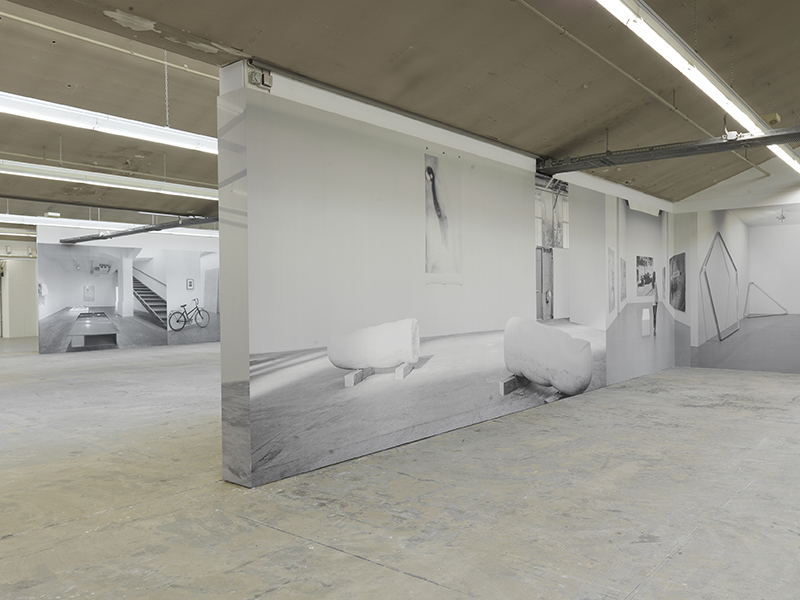 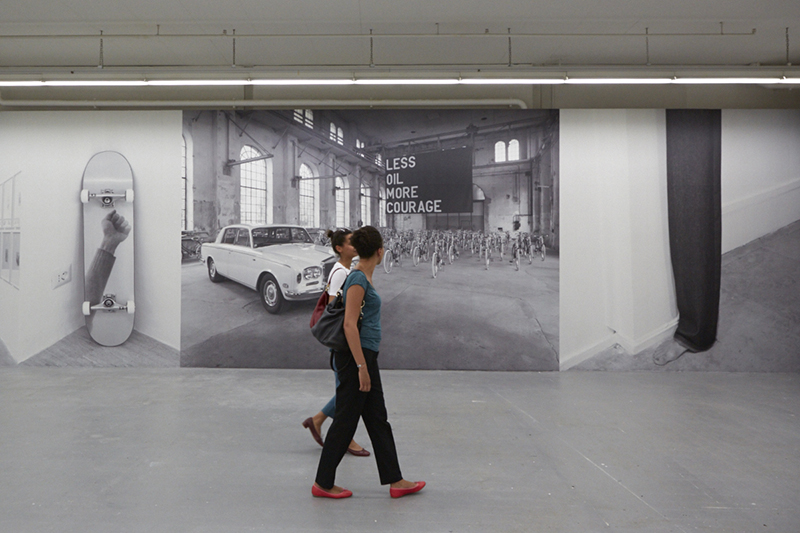 British artist Jonathan Monk revisits and reinterprets artworks with a mixture of wit and mockery, often even ironically appropriating elements of his own work. And his current show at Kunsthaus Baselland does just that. Entitled Exhibit Model One, the show is bringing a model of an exhibition; a model that does not really include specific works, but is rather made up of images of some of Monk’s previous exhibitions. He takes as his subject not only the conditions, possibilities and limitations that are linked with making an exhibition, but also the expectations, particularly for an exhibition during the course of which the Art Basel fair takes place. Monk also interrogates the conditions under which we view art today—via digital media, exhibition catalogues or moving swiftly through installations of work.

We gladly share part of an enlightening conversation Jonathan Monk had with Ines Goldbach, the curator of the exhibition and director at Kunsthaus Baseland.

Ines Goldbach: Let’s talk about your concept for the solo exhibition here at the Kunsthaus, which is quite unusual. You once said that what you really like is the fact that a lot of artists make models for their exhibitions – and now we are making an installation that will look like a model; all the works are black and white images of themselves. What interests you most in this idea?

Jonathan Monk: My original plan was a straightforward exhibition of objects. But to invent something new, to add a new aspect within the usual framework of realizing an exhibition, though also due to the financial constraints, I decided to come up with something that was a new departure for me, yet would still fit within Kunsthaus Baselland’s proposed budget and open up questions about the condition of an exhibition itself. In the past I’ve tried to make exhibitions that had no fixed concept, but the actual installation would be what held the works together…works that had been made years apart were encouraged to sit together. I never make models of exhibition spaces; I prefer to deal with works directly in the space. For Baselland I’ve worked with the idea of a model of an exhibition, a model that does not really include specific works. The idea was an exhibition made up of images of some of my previous exhibition – a 2D installation of installations.

IG: What, in your opinion, will be the most  interesting point for you, though also for the audience, about experiencing works of art in a 2D image installation instead of having them 1:1 in front of you? A model of an exhibition, for example, gives an idea of an exhibition but does not represent the work itself, and is usually unable to mediate the physical experience of the work.

JM: A lot of art is experienced in book form and it is probably more common now to see art via the Internet. We are used to looking at pictures of work rather than the work itself. It has become almost impossible to tell the difference. I often see art in museums that I only know from books; sometimes it feels like I am just ticking things off the long list of things I need to see. I feel I already know the work, probably without having seen it. Most art I experience in my head anyway…but naturally the physical interaction with some artwork can’t be matched on the printed page. My show might have the feeling of walking through the pages of a crudely photocopied book.

IG: Your exhibition is entitled Exhibit Model One – this sounds like an ongoing process. Do you already know where the project of an exhibition with no limits might lead? What interests you most about this new kind of exhibition model?

JM: There is a plan for this type of exhibition to continue. But I’m not sure exactly where. Within each exhibition space the images used in the piece would function differently and could be exchanged for many others. Once the system is in place the show makes itself. It needs some help but can grow quite easily if nurtured. I also think it would be possible to install another, more traditional exhibition directly upon this one. One would be the background for the other.

IG: Could that lead to more freedom for both the artist and the institution, without missing the physical part of an ‘exhibition of objects’ as you offer a physical experience of the space? You once mentioned the idea of traveling with an exhibition – also a retrospective – on a memory stick.

JM: Certainly in this case. I’m slowly starting to see the rooms of the Kunsthaus as the object; images from some previous exhibitions have simply been allowed to envelop the space. I’m hoping the lack of objects will allow the viewer to focus on the spaces seen within the space. But I’ll only know this once the exhibition has been installed…it might be impossible to paper over the cracks after the fact. Perhaps reviewing images allowed me to focus, to find a place to which we can come and be free for a while to think about what we are going to do.

IG: I always admired the way you deal with expectations, those of institutions as well as those of visitors. Could it be more radical for an internationally known, mid-career artist – with many artworks in circulation, working with several important galleries – to have an exhibition during the period of the most significant international art fair but to exhibit not a single artwork in it? Is the show here at the Kunsthaus an answer to some of the expectations placed upon you as an artist?

JM: This context was a starting point, yes. But it was perhaps too obvious, even for me, to fill the show with things that could be sold. I know that Art Basel is more than a trade fair… though from the outside it is basically a place where we are encouraged to sell our wares; two weeks after Art Basel the giant halls of the Messe will be pitching to completely different kinds of buyers. I have very low expectations; I also try not to think too much about what is expected from me. It’s probably nothing; Exhibit Model One is an experiment and it seems to work on the screen of my computer. Clean, polished and perfectly aligned. The reality of 400m2 of wallpaper might be something different – awkward and messy and out of sync – both approaches seem to fit the way I work. 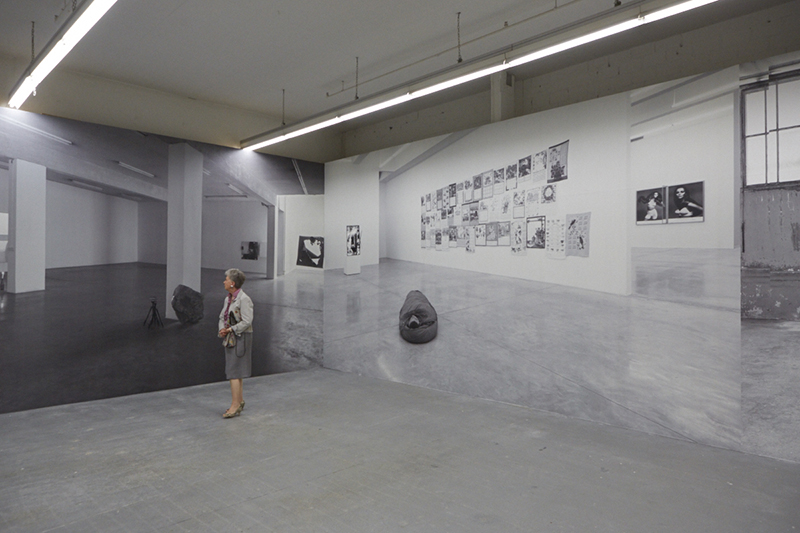 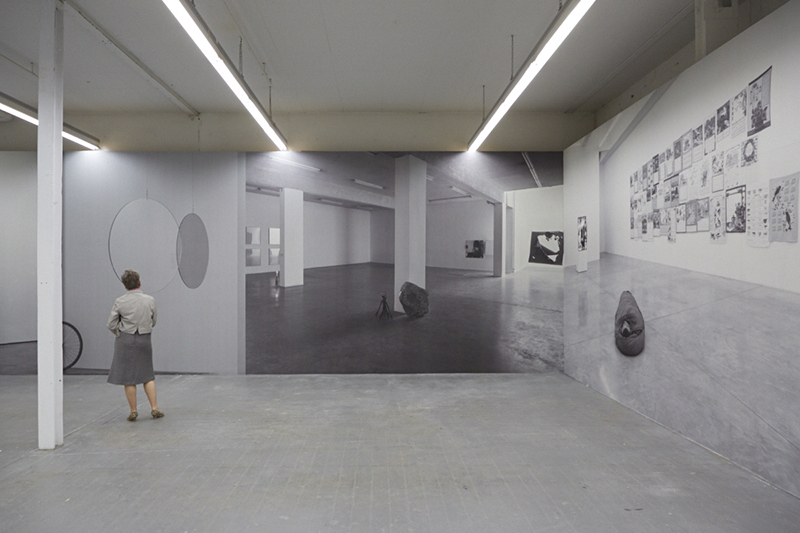 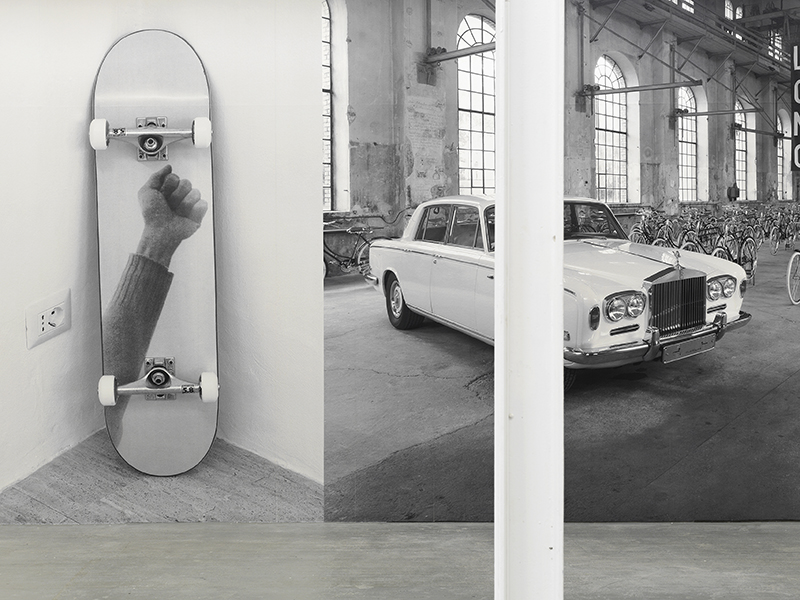 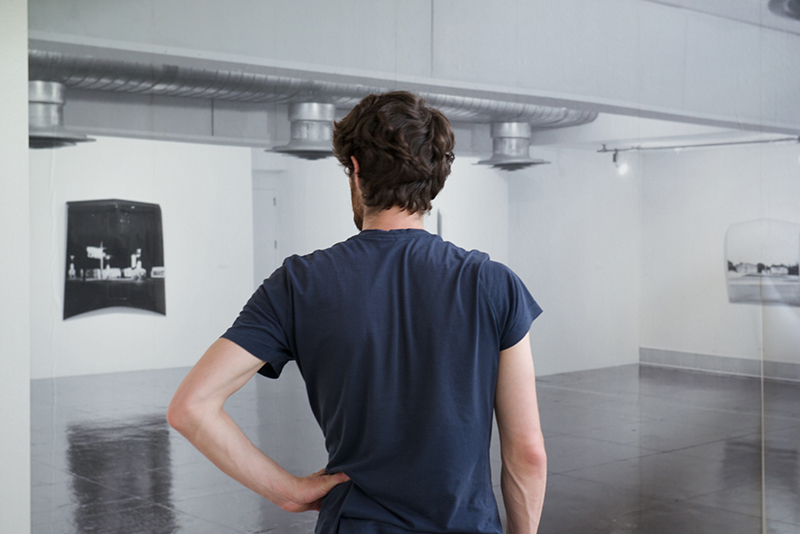 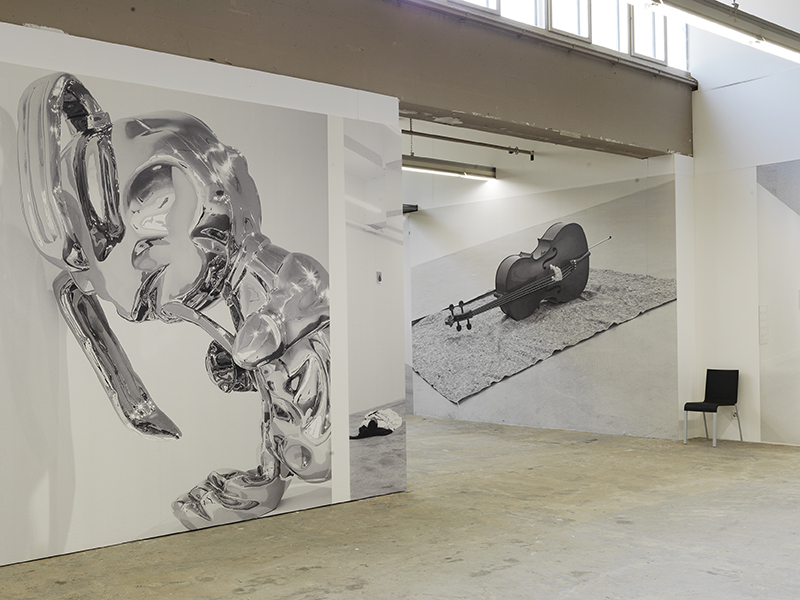 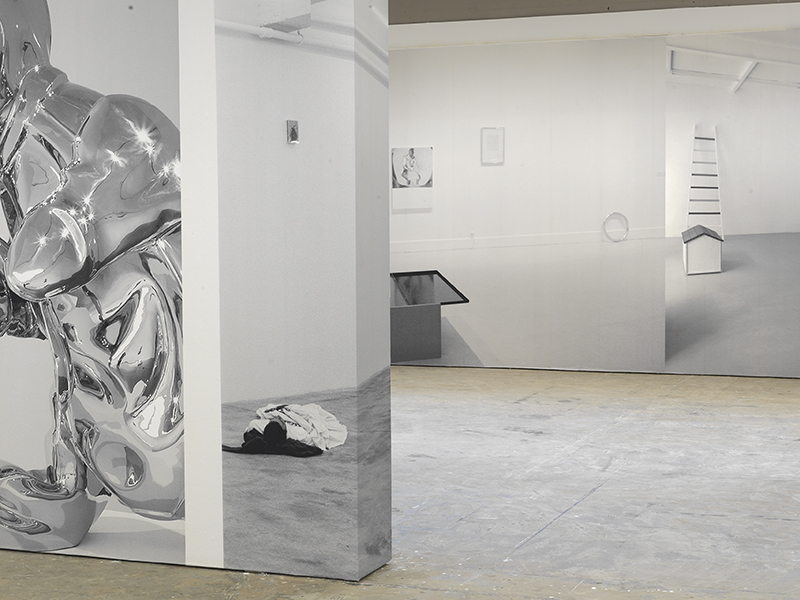 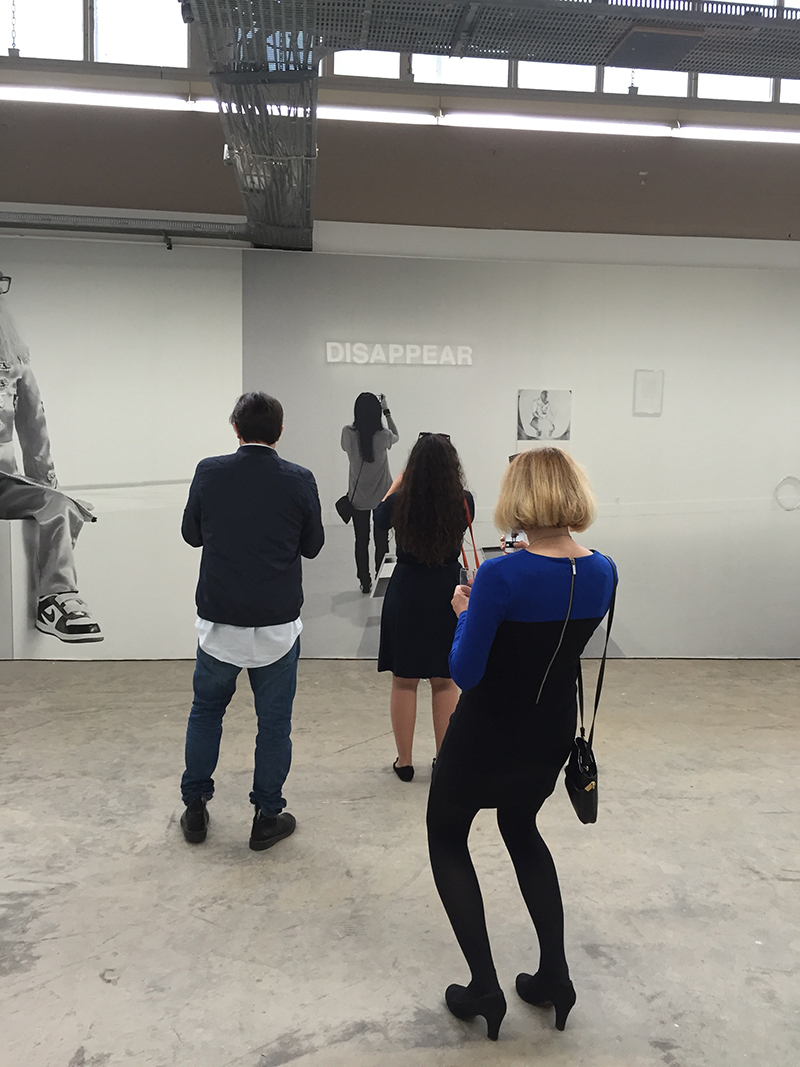 Images and interview courtesy of the artist and Kunsthaus Baselland.
Photography:  Serge Hasenboehler