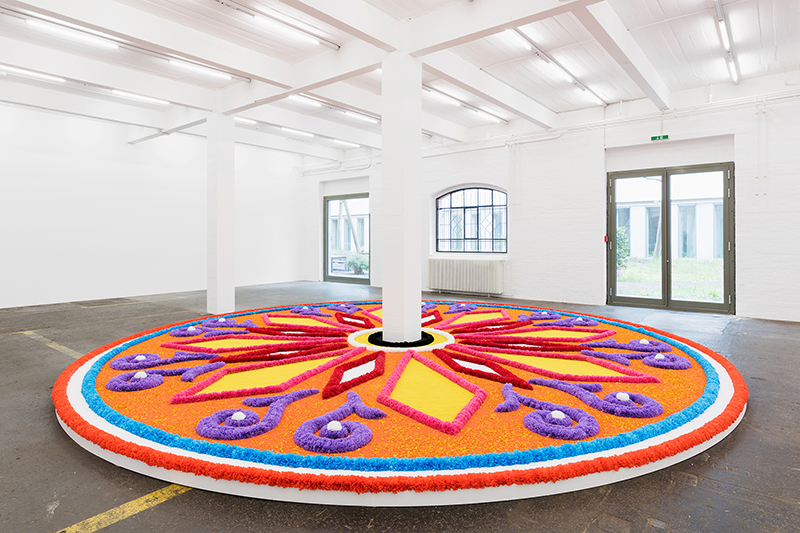 Through an artistic practice that is at once visual, textual, and performative, Jill Magid forges intimate relationships within bureaucratic structures – flirting with, seducing, and subverting authority. Her projects probe seemingly impenetrable systems, such as the NYPD, the Dutch Secret Service, surveillance systems, and, most recently, the legacy of architect Luis Barragán, and unsettle these forms of power.

Magid’s works often take the form of elliptical love letters that draw out human qualities in agents of control. These charged encounters are founded on mutual trust, but are also fraught with ethical complications and social asymmetries. Through her works, the artist reframes the complexity, potential intimacy, and absurdity of our relationship with institutions and power.

The solo exhibition The Proposal at Kunst Halle Sankt Gallen presents a climactic moment within Magid’s extended, multimedia project The Barragán Archives which examines the legacy of Mexican architect and Pritzker Prize-winner Luis Barragán (1902–1988). The multi-year project poses piercing, radical, and pragmatic questions about the forms of power, public access, and copyright that construct artistic legacy.

In his will, Barragán split his archive into two parts. Along with the vast majority of his architecture, his personal archive remains in Mexico at his home, Casa Barragán, which is now a museum and UNESCO World Heritage Site. In 1995, Barragán’s professional archive, including the rights to his name and work and all photographs taken of it, was purchased by Rolf Fehlbaum, the Chairman of the Swiss furniture company Vitra, who, so it is said, gifted it to his fiancé, Federica Zanco; she now serves as Director of the Barragan Foundation. For the last twenty years, the archive has been publicly inaccessible, housed below Vitra corporate headquarters.

Since its launch in 2013, Jill Magid’s project The Barragán Archives has encompassed major installations and performances at art spaces, galleries, and established museums. In each case, Magid structured the exhibitions as opportunities to push the narrative forward, and to embody – within the work – the distinct legal copyright parameters within the countries in which it is shown. The Proposal reaches a thrilling and unexpected salvo in Magid’s long-term engagement with Luis Barragán, Barragan Foundation, Barragán’s descendants, the Mexican Government and the indispensable creative legacy that binds them. Through the public exhibition of The Proposal, Jill Magid presents Federica Zanco with the gift of a two-carat diamond grown from the cremated remains of Barragán’s body and set into a ring, in exchange for the return of his archive to Mexico.

The exhibit serves as both a poetic counterproposal to Fehlbaum’s offer of marriage to Zanco, and a sweeping disruption of the decades-long stalled negotiation. The Proposal elegantly and forcefully rejoins the divergent paths of Barragán’s professional and personal archives. Probing Barragán’s official and private selves, and the unique interests of the multiple individual, governmental, and corporate entities that have become the archives’ guardians, Magid directly engages complex intersections of the psychological and the judicial, national identity and repatriation, international property rights and copyright law, authorship and ownership, the human body and the body of work. 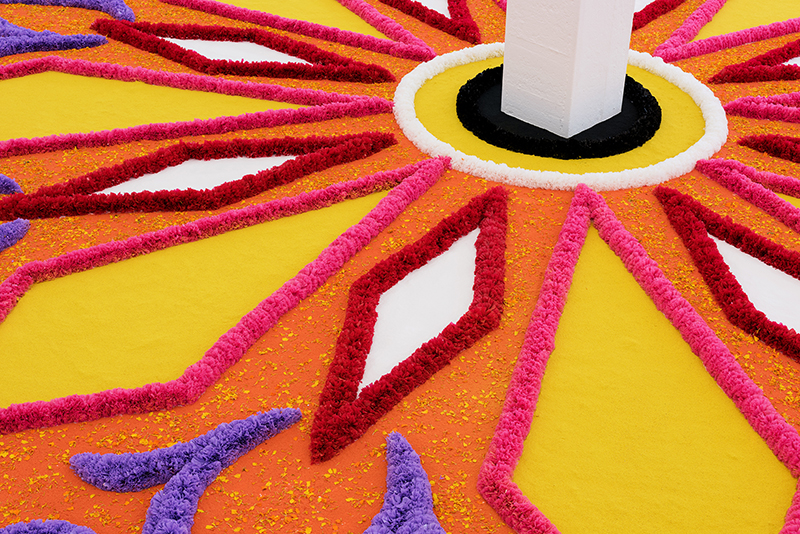 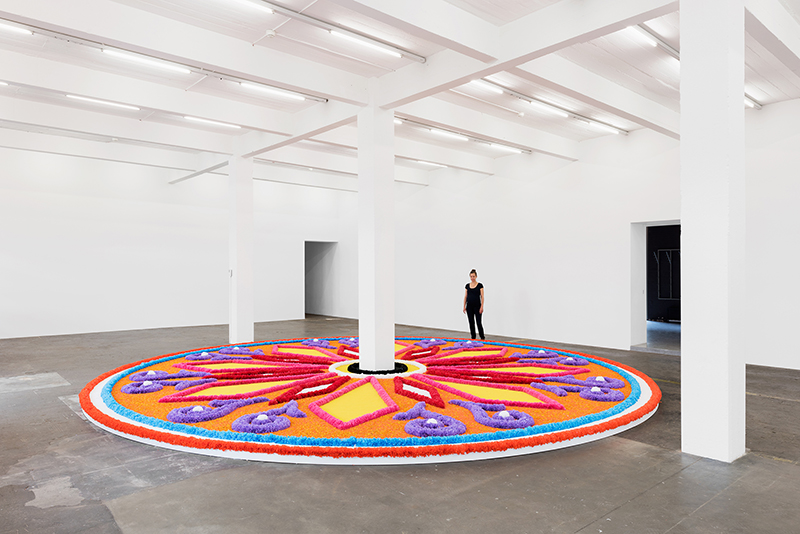 Tapete de Flores is part of the Ofrenda (“offering” or altar) set up on the Day of the Dead in Mexico to celebrate family members who have died, represents the shared path between the living and the dead. 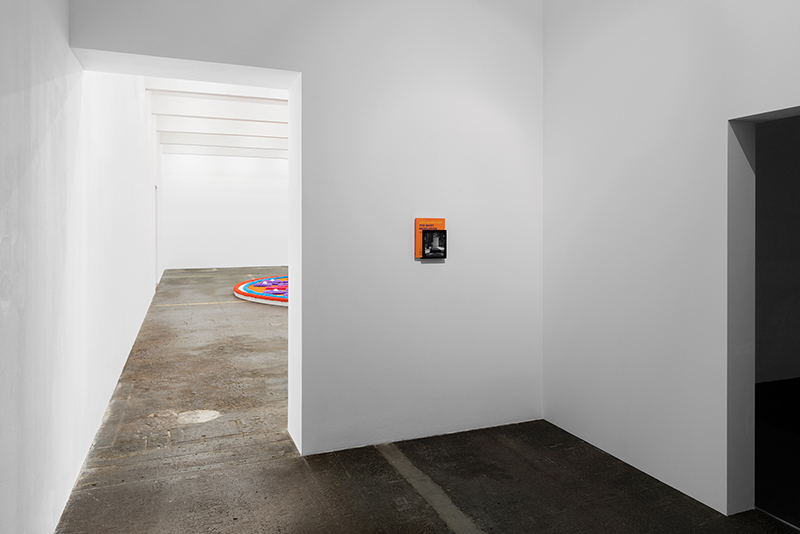 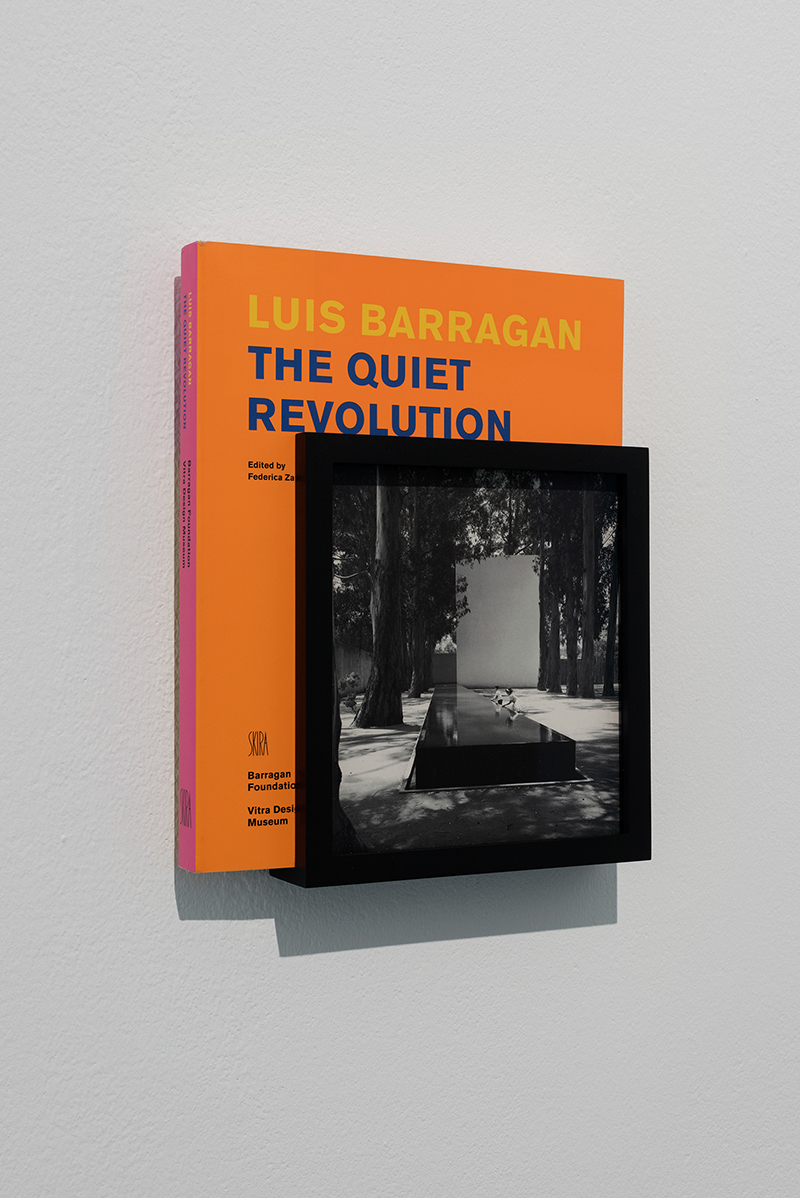 Unable to reproduce photographs of the architect’s work because of copyright restrictions, Magid framed a book on Barragán, published by Vitra and the Barragan Foundation in 2001. It hangs on the wall like a readymade. 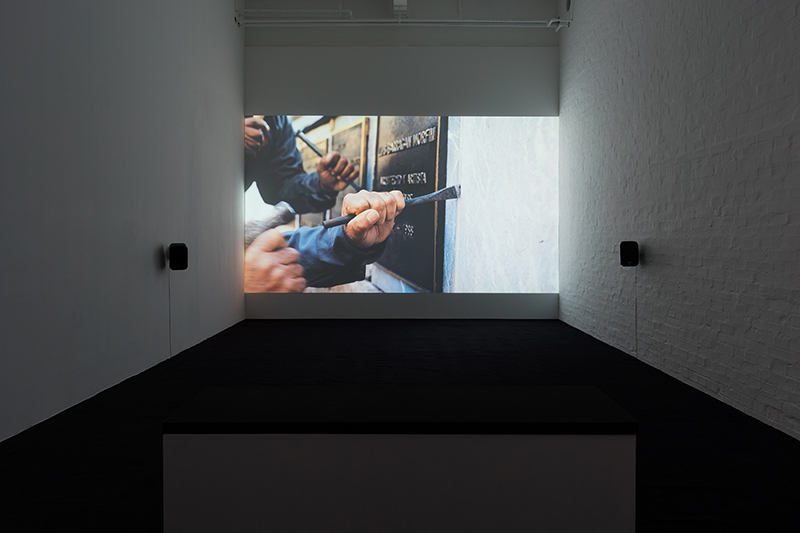 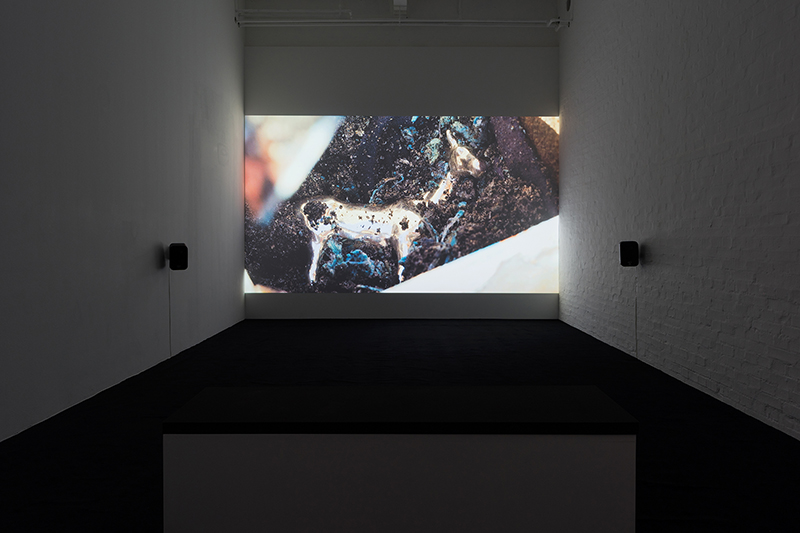 On September 23, 2015, 530 gr of Luis Barragán’s cremated remains were removed from the Rotonda de los Jaliscienses Ilustres in Guadalajara, Mexico, and were given to Jill Magid, who in return placed a silver ex-voto of a horse weighing exactly 530 gr with the ashes. Magid subsequently delivered the ashes to the Swiss company Algordanza, where they were transformed into a diamond. 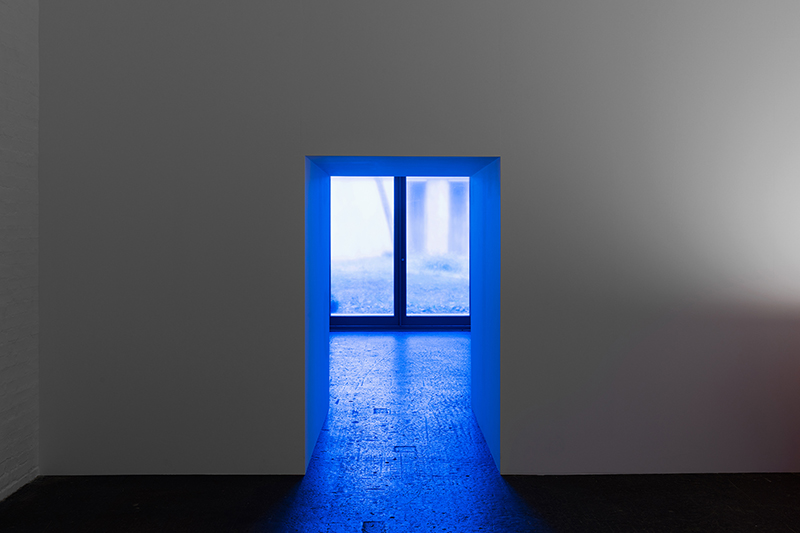 Inspired by the corridor, which Barragán built to the height of his body, between the vestibule and living room in the architect’s home, Casa Barragán. 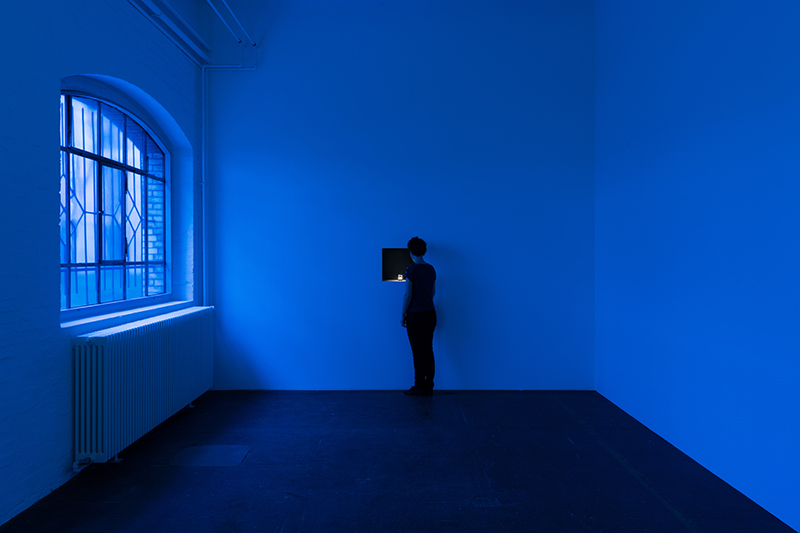 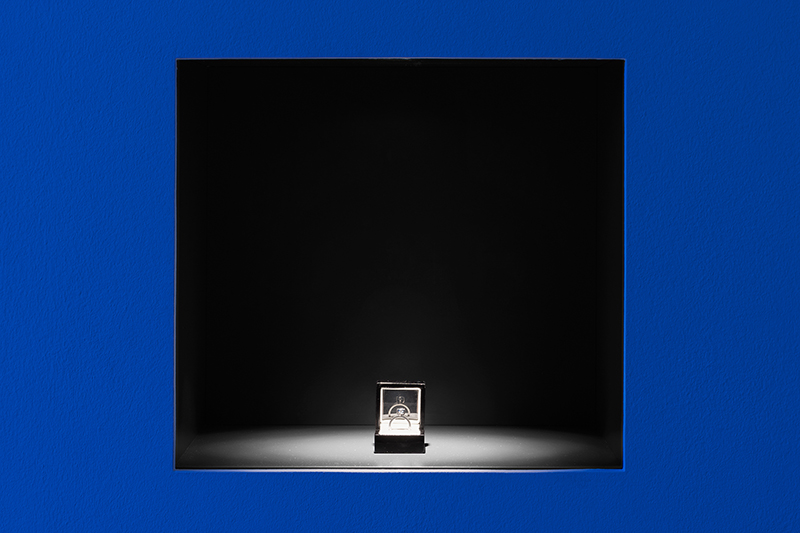 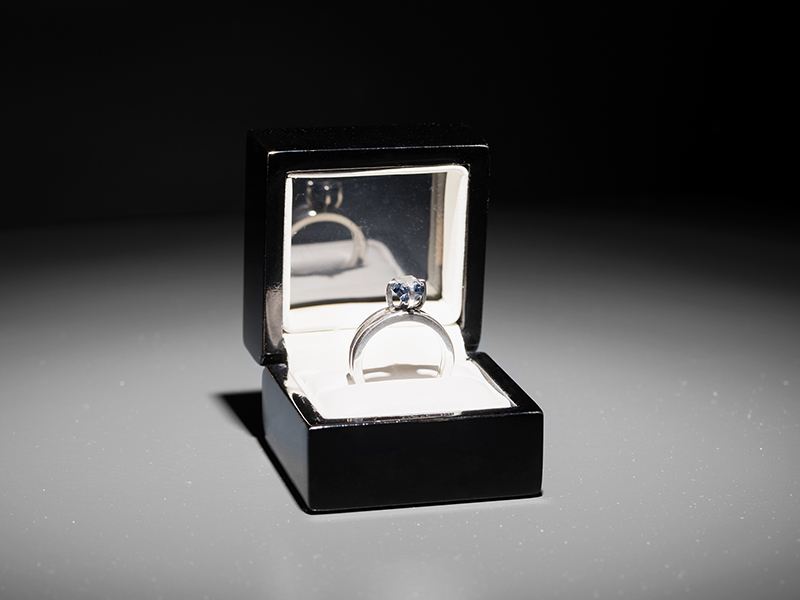 The 2.02 carat uncut blue diamond with the micro-laser inscription I am wholeheartedly yours, made from the ashes of Luis Barragán and offered to Federica Zanco in return of Barragán’s professional archive.

The Proposal is commissioned by San Francisco Art Institute, where it will be on view from 9 September until 15 December 2016. A publication will be launched by Sternberg Press, San Francisco Art Institute, The Vera List Center for Art and Politics and The New School. Further, a documentary about The Proposal directed by Jill Magid and produced by Jarred Alterman will premiere on TheIntercept.com as a part of a commission by Field of Vision in fall 2016.