Jana Euler:
In It at Portikus, Frankfurt 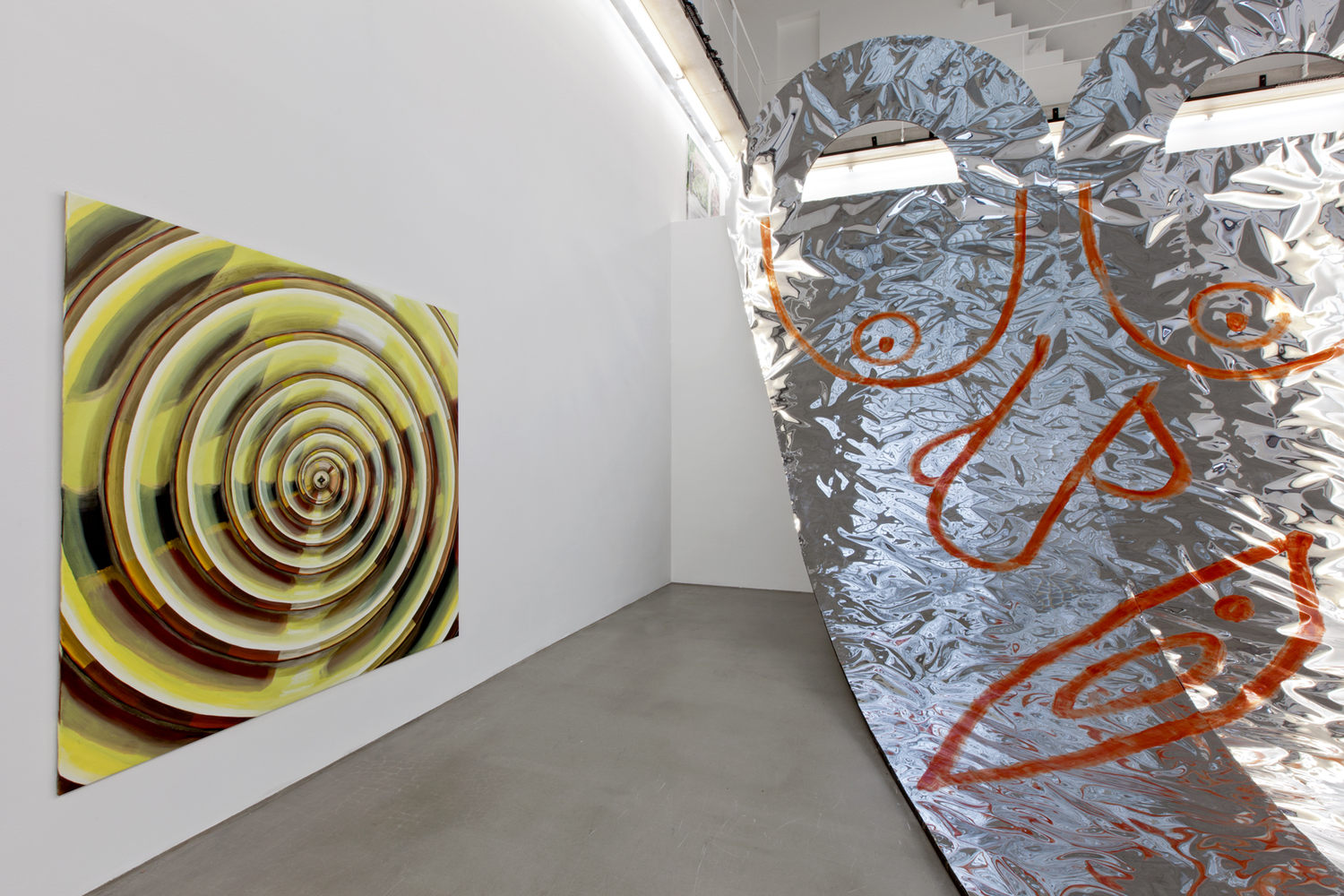 Portikus is pleased to announce “In It”, an exhibition of work by Jana Euler. An alumna of Frankfurt’s Städelschule, where she studied from 2002 to 2008, Euler has been widely presented and discussed in Germany and abroad. The show at Portikus now features a series of new works—paintings and installations—the artist created in Marseille and Frankfurt for this occasion.

Euler’s practice ranges far beyond the confines of the medium of painting, although they are central to each of her exhibitions. In the past, the artist prepared for solo shows by devising comprehensive installations encompassing sculptures, paintings, and wall texts, drawing connections between individual works and outlining possible ways to read her art based on the architectural situation or the viewer’s position in the space. The works as such defy stylistic classification, alternating between abstraction and figuration, text and form, gravitas and jocularity. Over the past several years, Euler has developed a distinctive visual language; the works on display at Portikus represent the next stage in its evolution.

An airbrush drawing Euler created for the exhibition invitation card, where it appears superimposed on a schematic view of Portikus’s gallery, introduces the idea behind the exhibition. Figurative and yet abstract, the simplified and pointed illustration visualizes the transformation of the space into a quasi-human character: a self-penetrating emoticon atop a central heart with hands and feet taking up the gallery’s wall in their entirety. The motif recurs in the exhibition itself.

The show’s title, “In it”, challenges to question our own position in its space while also adumbrating the motifs and visual vocabulary of the art on display. An expansive heart-shaped installation likewise titled In it initially seems to block the visitor’s entry to the gallery before welcoming the viewer into the room. The anthropomorphized space’s face from the invitation card now appears on the heart’s reflective surface. The installation’s materiality and design broach a theme the paintings in the exhibition elaborate on: perspective and specular doubling, a device that unifies the works in the absence of a shared thematic focus. As with In it, the titles of the painterly works double as indications of their subjects and informal descriptions. They more or less repeat what we see and propose a possible reading while being abstract enough to leave room for interpretation.

If the invitation card acts as a cartographic introduction to the exhibition and the show itself is its physical implementation, the artist’s edition serves to take their ideas further, to isolate aspects and bind them together in focused form. The edition is based on elements of the two preceding formats—the reflective surface and the emoticon anthropomorphizing the gallery—that returns and mirrors the viewer’s gaze.

Photography: Diana Pfammatter, images copyright and courtesy of the artist and Portikus