Hedwig Houben:
Others and I at Spike Island, Bristol 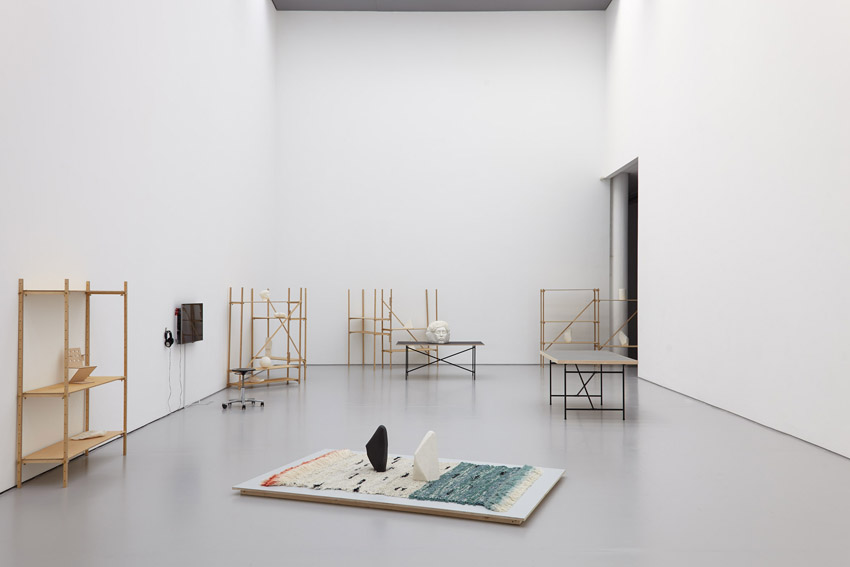 Dutch artist Hedwig Houben makes work that is difficult to categorise: Others and I, her first solo exhibition in the UK, is made of key works from the last five years that encompass sculptural objects, scripts, multiple performances and drawings. In these she foregrounds acts of making and talking about art, revealing the questions she asks of her own identity, activity and process and of the nature of the work of art.

At the heart of her works lies an expanding cast of ‘characters’, including the Good and the Bad sculptures, the Hand, the Eye, the Foot, It, the Being, the Made, the Imitator and so on. While each takes the form of an object, Houben personifies them – giving to each attitudes, ideas and points of view – and positions them in relation to each other. The characters often recur across a number of works, in which their relationships shift, suggesting that they are not fixed entities but rather, dependent upon context. Houben has described her work as an attempt to understand how the process of making works ‘relates to the structures that we create together within society – rules, assumptions, expectations.’

The illustrated scripts displayed in the vitrine to the left of the entrance are written in the form of an artist’s lecture, ostensibly introducing and explaining her work. This straightforward approach quickly breaks down; in The Good, the Bad, the Happy, the Sad (2014) the lecture is handed over to the two objects on show, which, we are told, represent good and bad sculpture – even though on the surface, any difference between them is slight. It is the artist who continues to speak, taking on the parts of the two characters, staging a conversation between them as a child might play with inanimate objects. There is similar confusion in Five Possible Lectures on Six Possibilities for a Sculpture (2012), in which the Hedwig Houben of the present moment begins to speak about the Hedwig Houben of the past as if a separate person. The ‘I’ of Personal Matters and Public Affairs (2015) signifies both the artist/ performer and a plasticine self-portrait. Identity and language collapse into uncertainty and expectation is subverted. This is further complicated by the fact that for this exhibition Houben has invited a number of others – a collector, an artist based in the studios here, a staff member and a visitor – to activate her scripts taking on the role of the performer.

Houben has said of her work: “I’m interested in why we make the things we make and what that tells us about ourselves. Talking about the process of making is actually talking about decision-making and its consequences, about what is behind the façade or what happens before a work is made public. This includes desires, manipulation, knowledge, nonsense, naivety, facts, assumptions, moods etc.”

Her performances typically involve the delivery of a memorised script while the artist is engaged with some kind of physical making activity. In Imitator Being Made she grinds down the plaster head on the table in front of her; in Five Possible Lectures on Six Possibilities for a Sculpture she works into the material on the table in front of her with enough effort that she becomes short of breath. This interaction of thinking and making, of presenting logical or mental processes and practices that are intertwined with more intuitive, physical activities asserts that the two cannot be isolated, but rather, feed into and from each other.

On the opening night of the exhibition, the artist performed Personal Matters and Public Affairs (2016), which examines the position and status of the individual when they are removed from their private space. A 1:1 scale plasticine model of a Volkswagen hatchback, “The Other”, is confronted by a plasticine portrait of the performer, “I”. During the exhibition a number of different people take on the role of performer, thus modifying “The Other”. 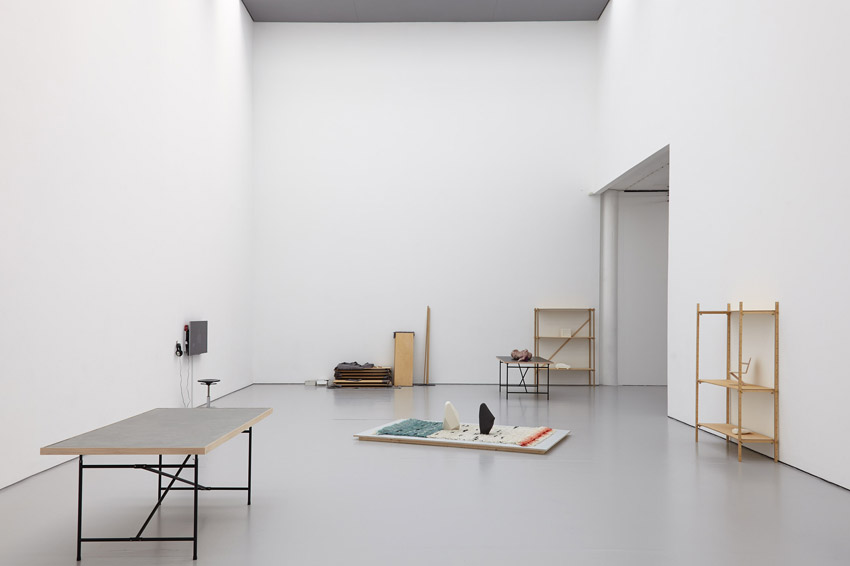 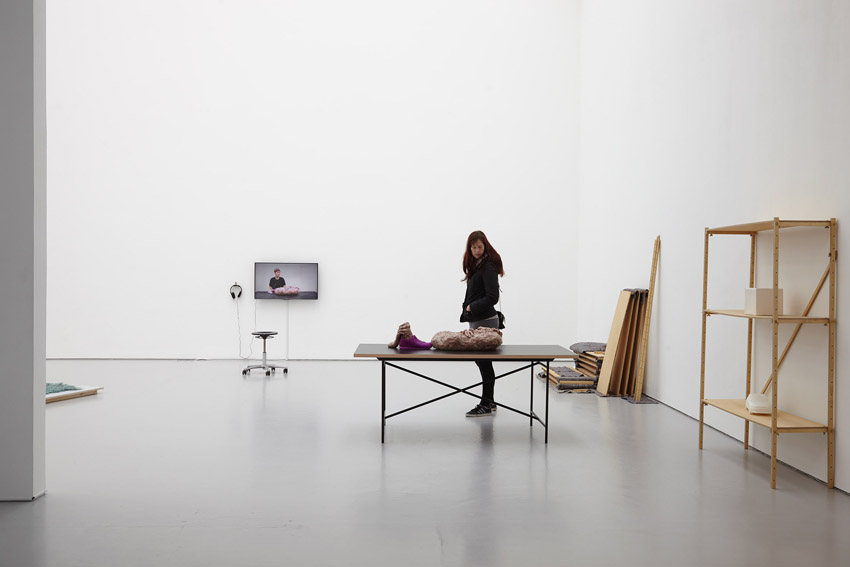 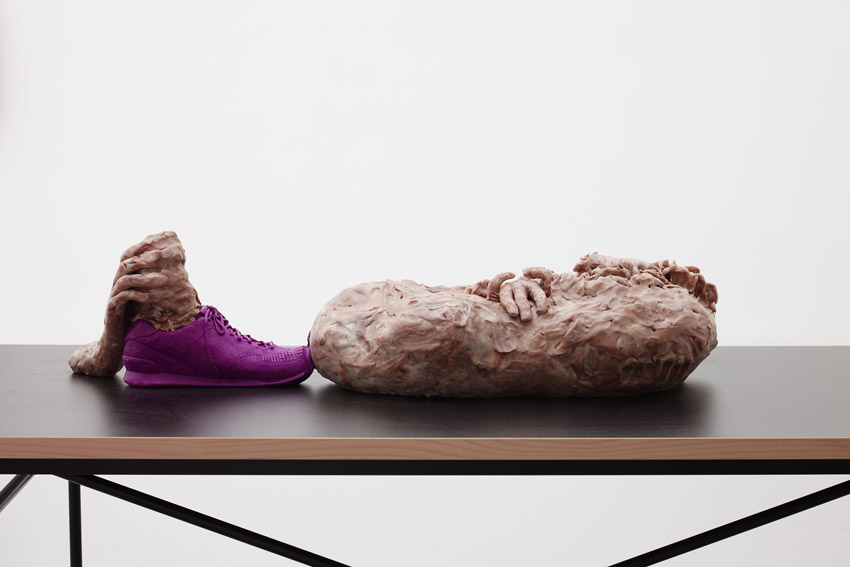 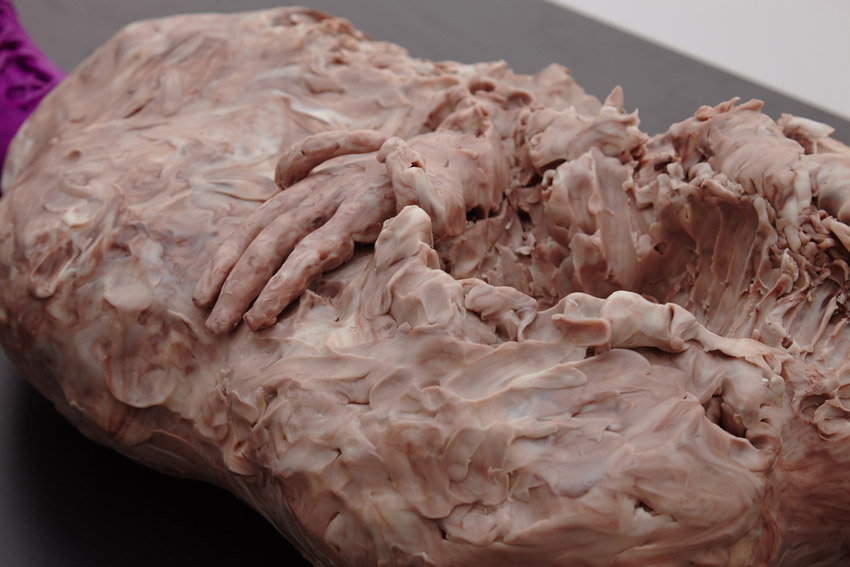 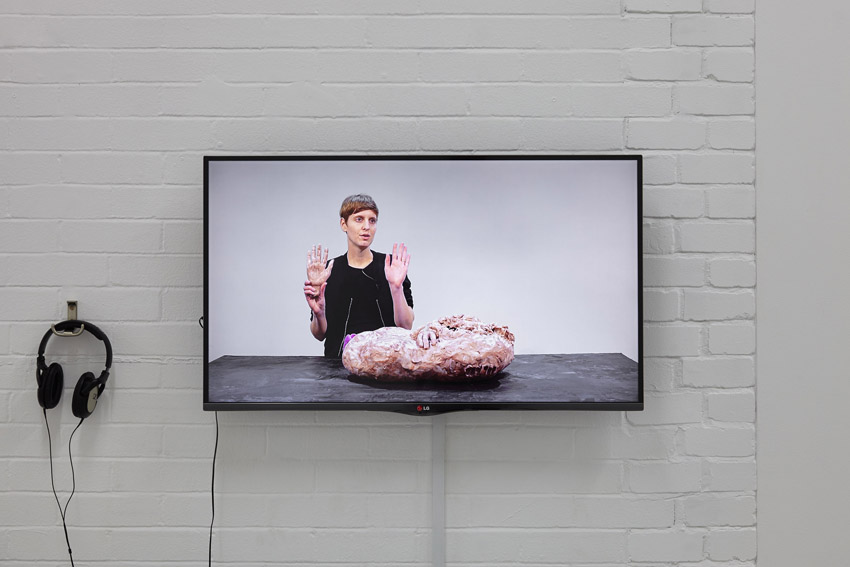 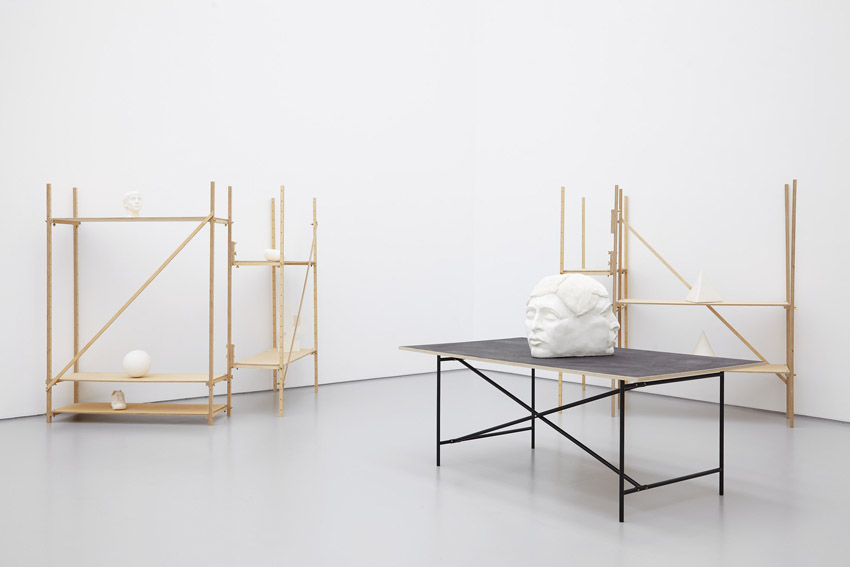 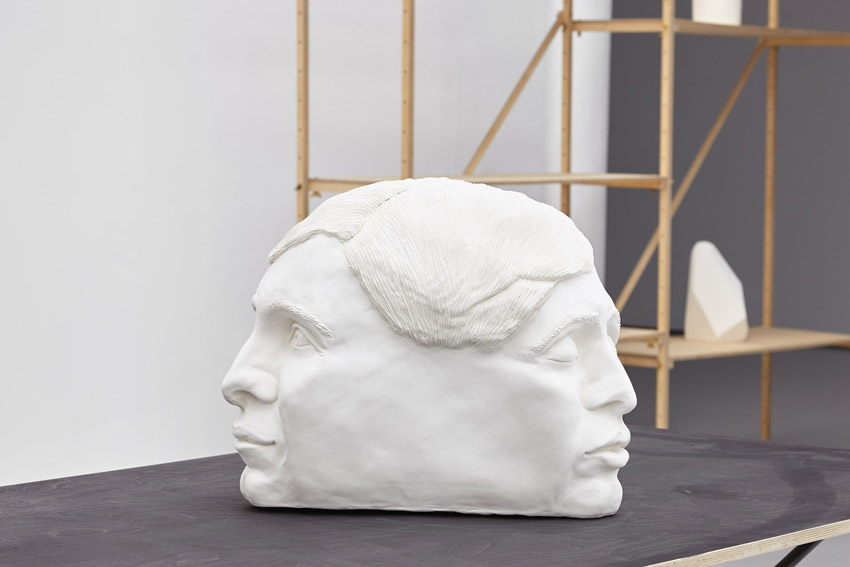 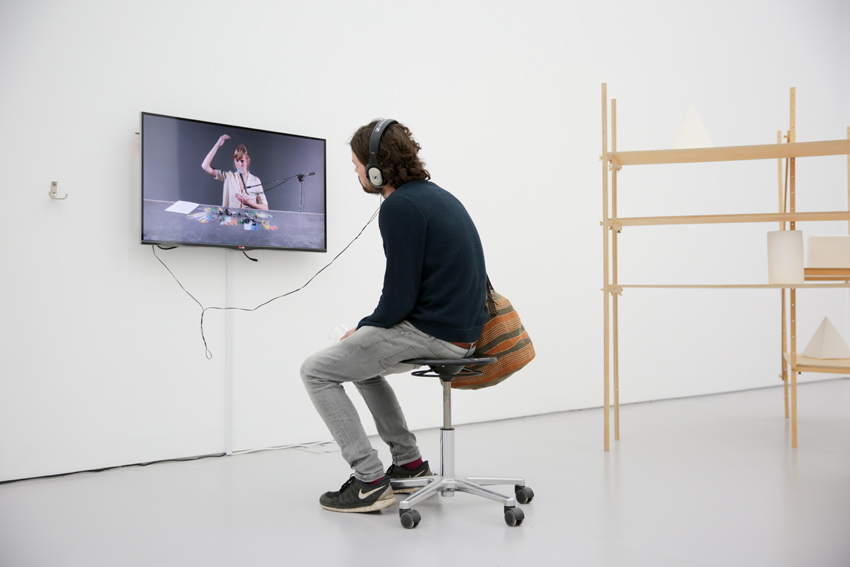 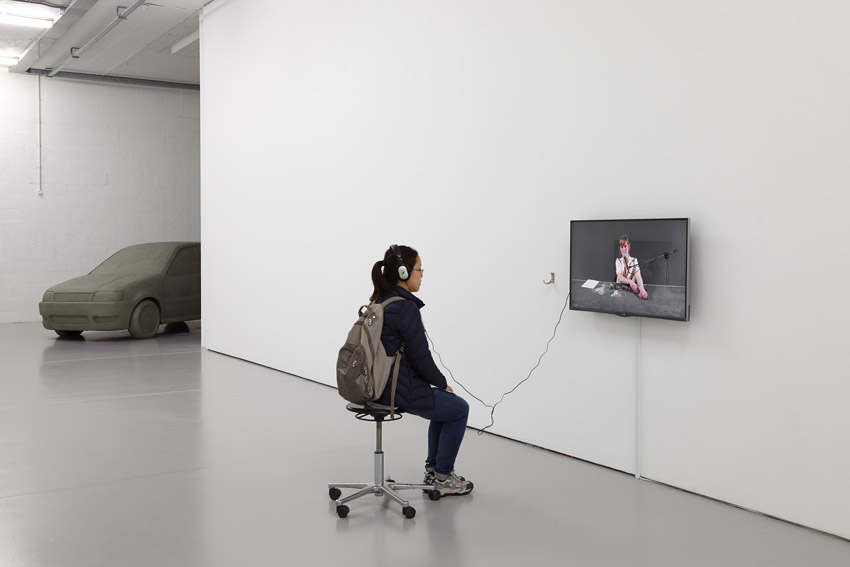 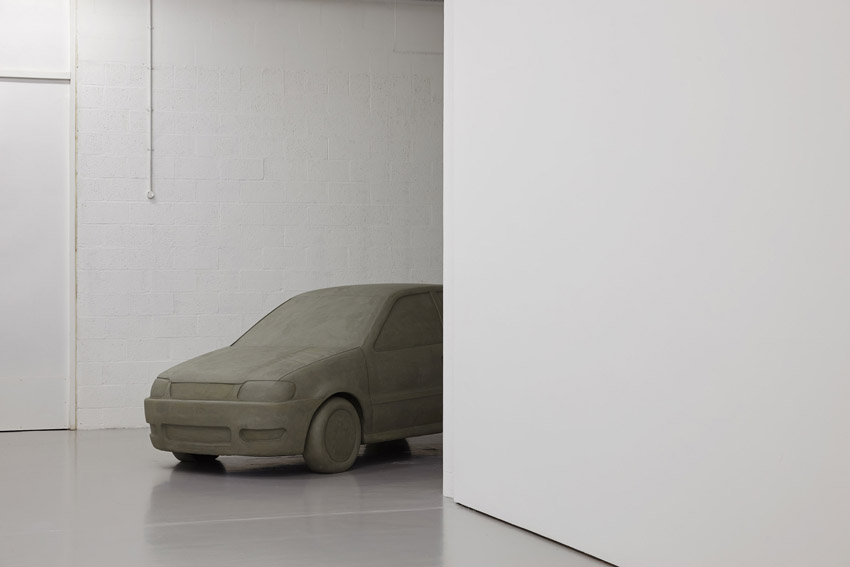 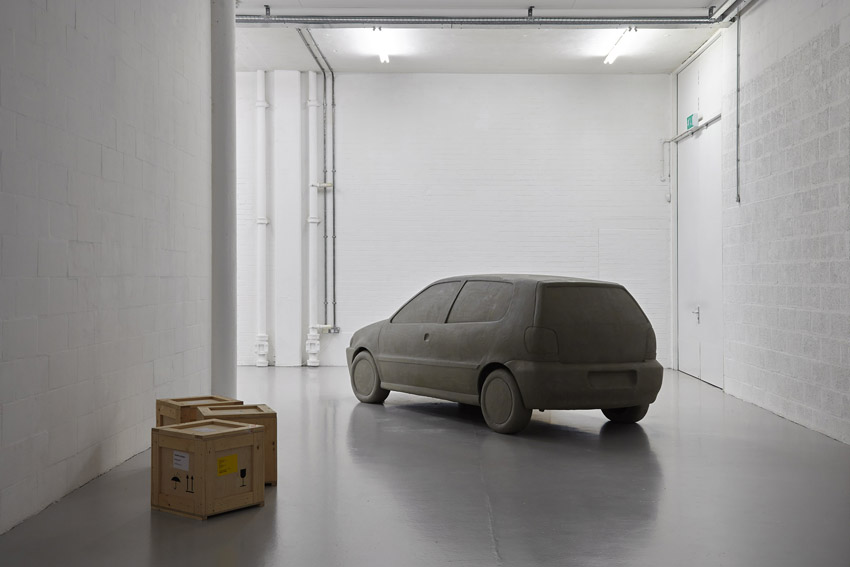 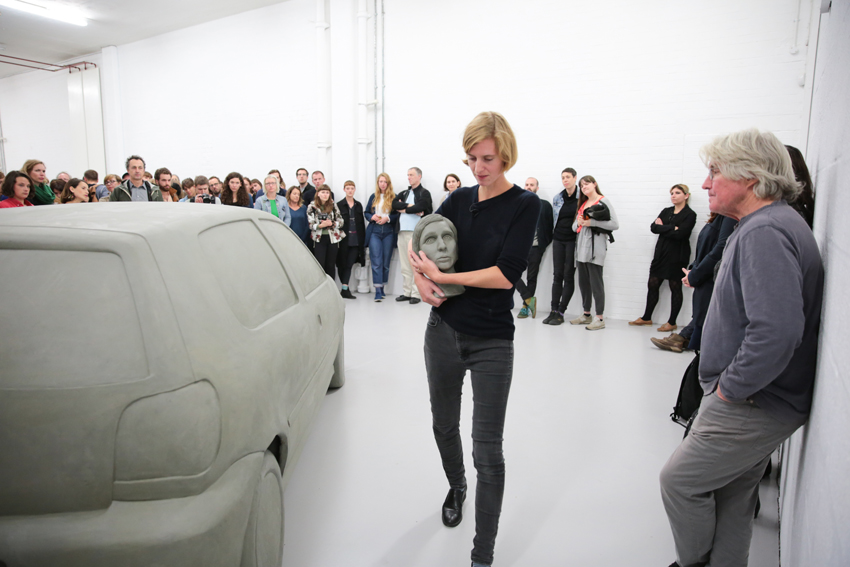 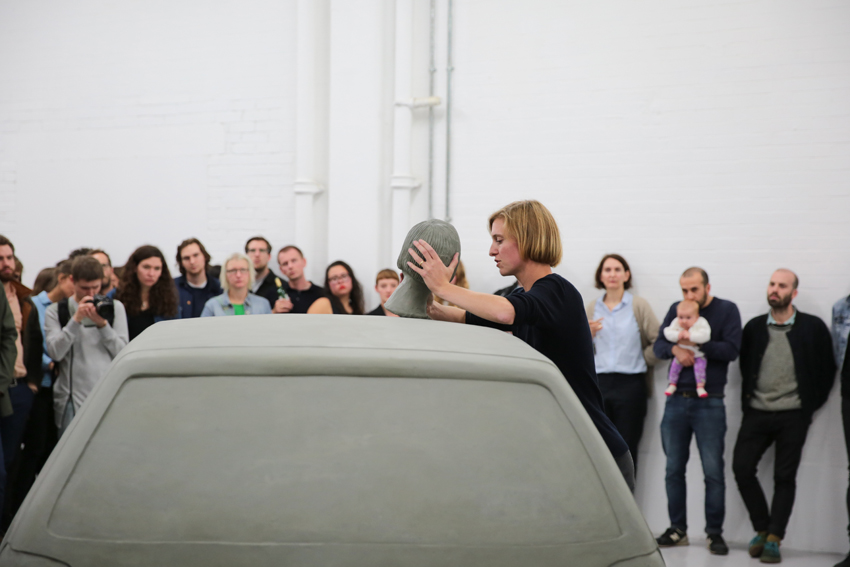 Courtesy of the artist, Spike Island and Galerie Fons Welters