Jimmy Robert “A clean line that starts from the shoulder” at M – Museum, Leuven 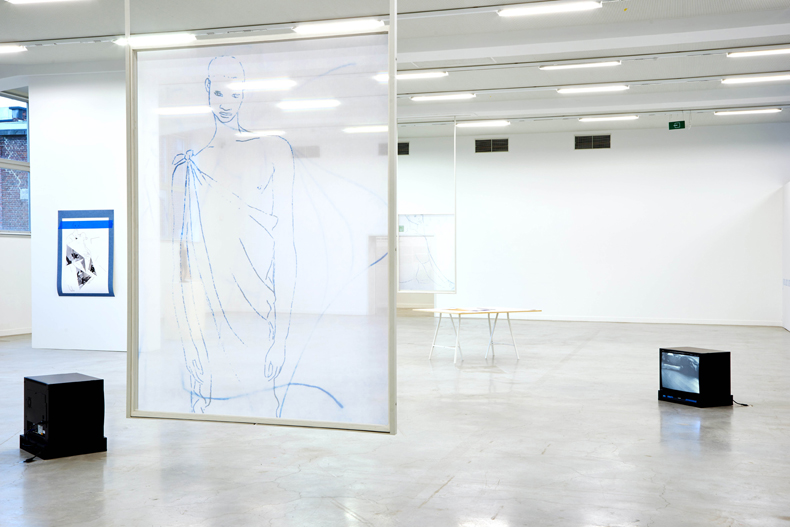 “Set up the parameters, adjust the structure,” recites Jimmy Robert (°1975, Guadaloupe) in his video Paramètres (2011) while holding cut-out geometric drawings against the contours of his face. These become sculptures, even masks, as his meticulous movements add to the magic of the choreography. In order to – literally – move lines, he commits to an extensive physicality of bodily movement. On top of that, his interpretation of body is often stripped from gender, as if androgyny can more easily take on such attributes as LGBT, race or origin. This intensified vulnerability is central to Robert’s entire artistic practice comprising collages, prints, texts, films and installations, and is clearly palpable throughout the comprehensive installation marking Robert’s first solo exhibition in Belgium. A clean line that starts from the shoulder highlights this research of line handling, always in motion, both visual and textual. 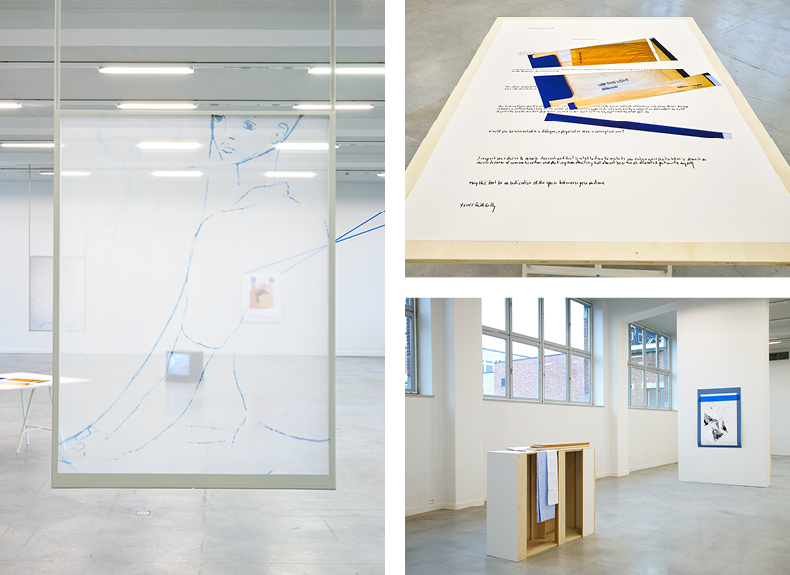 The work Silks (2015) visualizes this imaginative starting point: several drawings by Belgian-Romanian artist Idel Ianchelevici representing the local population of Congo dressed in draped robes, are layered and printed on silk. Robert’s work often departs from existing artworks, which he appropriates in adding layers of meaning. Next to two videos by Belgian artist Lili Dujourie, featuring a tense, clothed figure on a bare wooden floor rolling between waking and sleeping, Robert also integrated several works by Dutch conceptual artist Stanley Brouwn into the collage Untitled (Brouwn) (2015). The basis is a hand-written letter to the artist, ending with the words “May this text be an indication of the space between you and me”. In this way Robert elicited a response, speaking Brouwn’s language of measuring distances based on a personal measurement system, albeit without success. 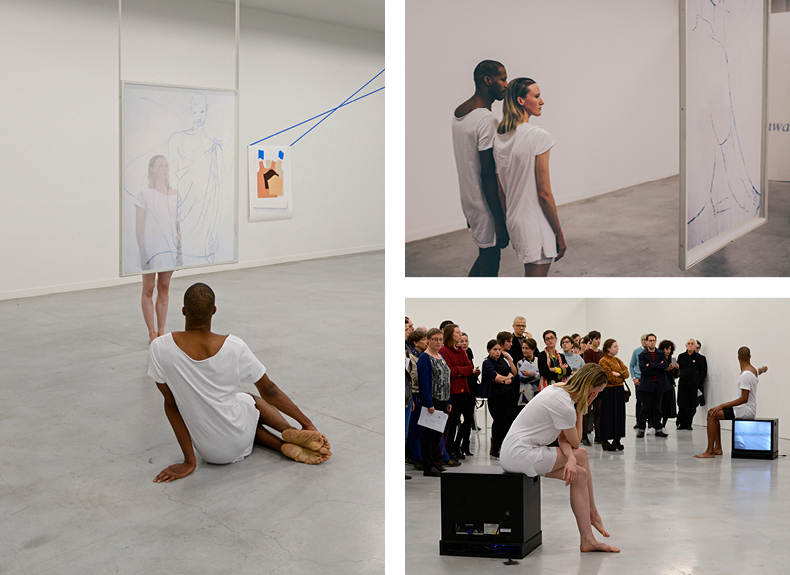 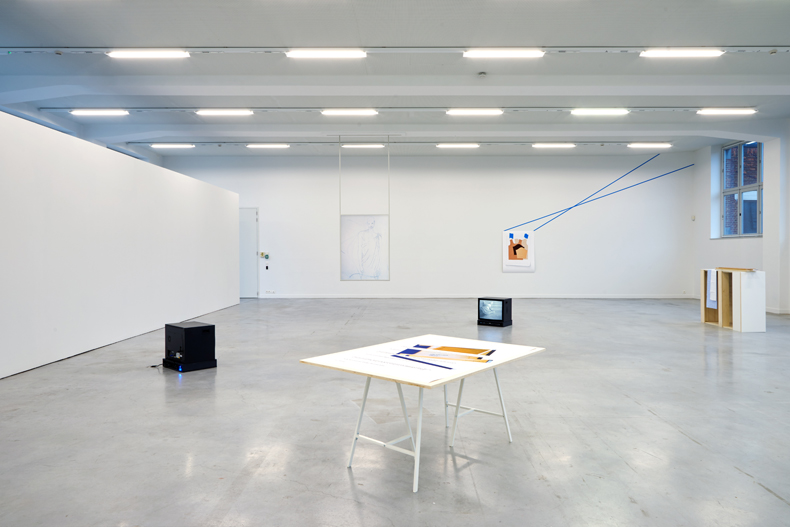 His self-proclaimed ‘linguistic asymmetries’, on the other hand, are inspired by quotes from fashion magazines published in the seventies. This jargon of dropping textures and clothes proposes another perspective to see body through lines and lines through body. In fact, Robert employed this particular speech to interact with the sculptures and objects throughout his exclusive performance on the exhibition’s opening night. Together with a female dancer whose build and height mirrored his own, both covered (draped) only in white, oversized T-shirts, he moved gracefully through the exhibition space, embracing the works in a stylized tour. In that way, the artist considers both the exhibition and the performance to be complementary. Although props in the performance, the artworks do not cease to be autonomous and independent, embodying ever-recurring lines and movement.

A clean line that starts from the shoulder