Ella Kruglyanskaya:
How to Work Together – at Studio Voltaire, London 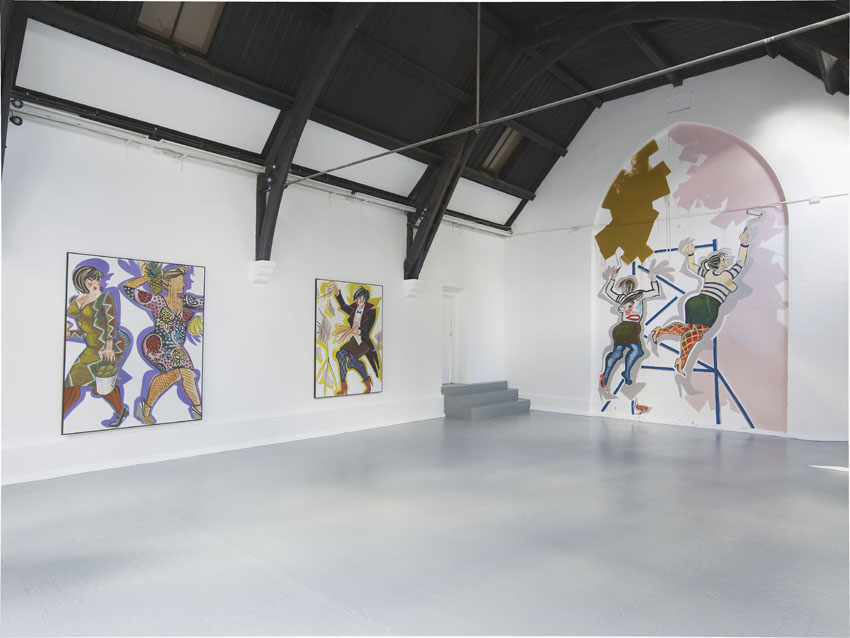 Studio Voltaire presents a new commission by Latvian-born, New York-based Ella Kruglyanskaya – her first solo show in a public gallery outside of the US. Kruglyanskaya’s paintings vigorously play with the female form, female sexuality and social interaction.
Kruglyanskaya’s cartoon-like characters are friends and ‘frienemies’ down at the beach, out-and-about, running from a menacing presence: enforced neighbours butting against each other in the tight space of the stretched canvas. These buxom women anticipate an audience, exaggerating both voyeurism and exhibitionism, confronting cultural tropes with bawdy humour.

For her Studio Voltaire commission, Kruglyanskaya has worked on a production residency in the gallery creating an interior wall-mural and a series of large-scale oil paintings depicting women engaged in labour and work: “grooming, brooming, and bricklaying”, her exuberant and cartoon-like paintings running onto the gallery walls. The exhibition also includes multiple preparatory works on paper.

The façade of the gallery has been taken over by two of Kruglyanskaya’s ample females, leaning seductively on the peaked roof of the building, taking a cigarette break whilst their peers are busy at work inside the gallery. The artist’s use of deft, fluid brush strokes and an exuberant palette make her paintings, and indeed her subjects, irresistible forces. 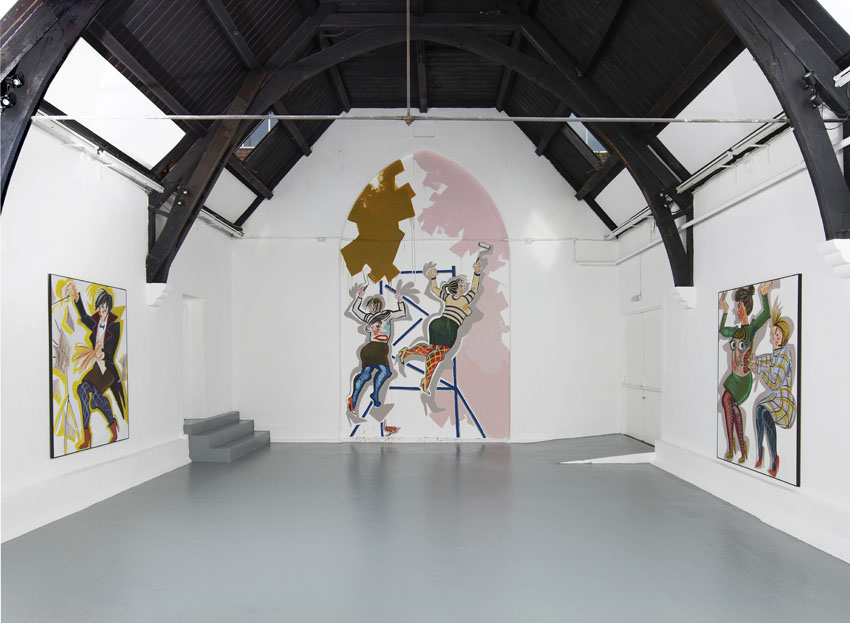 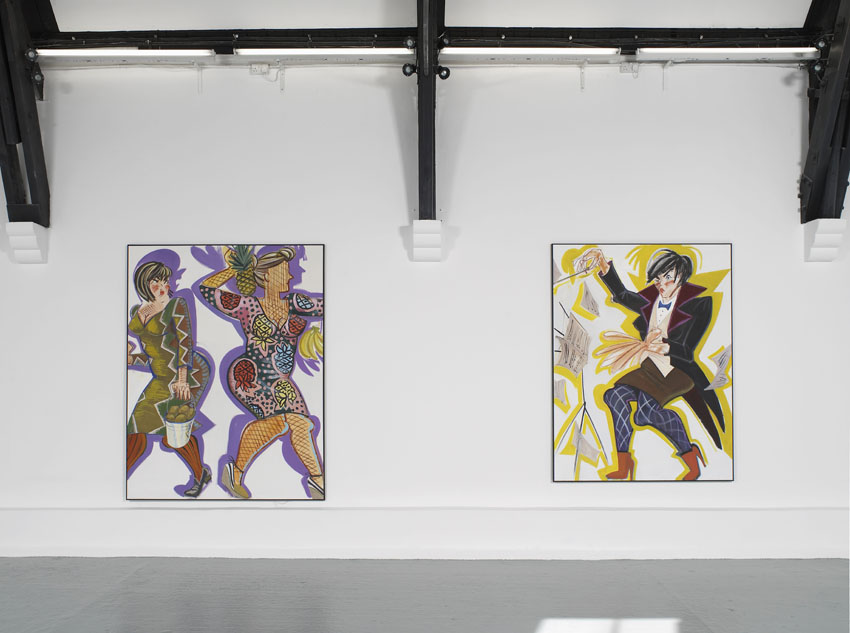 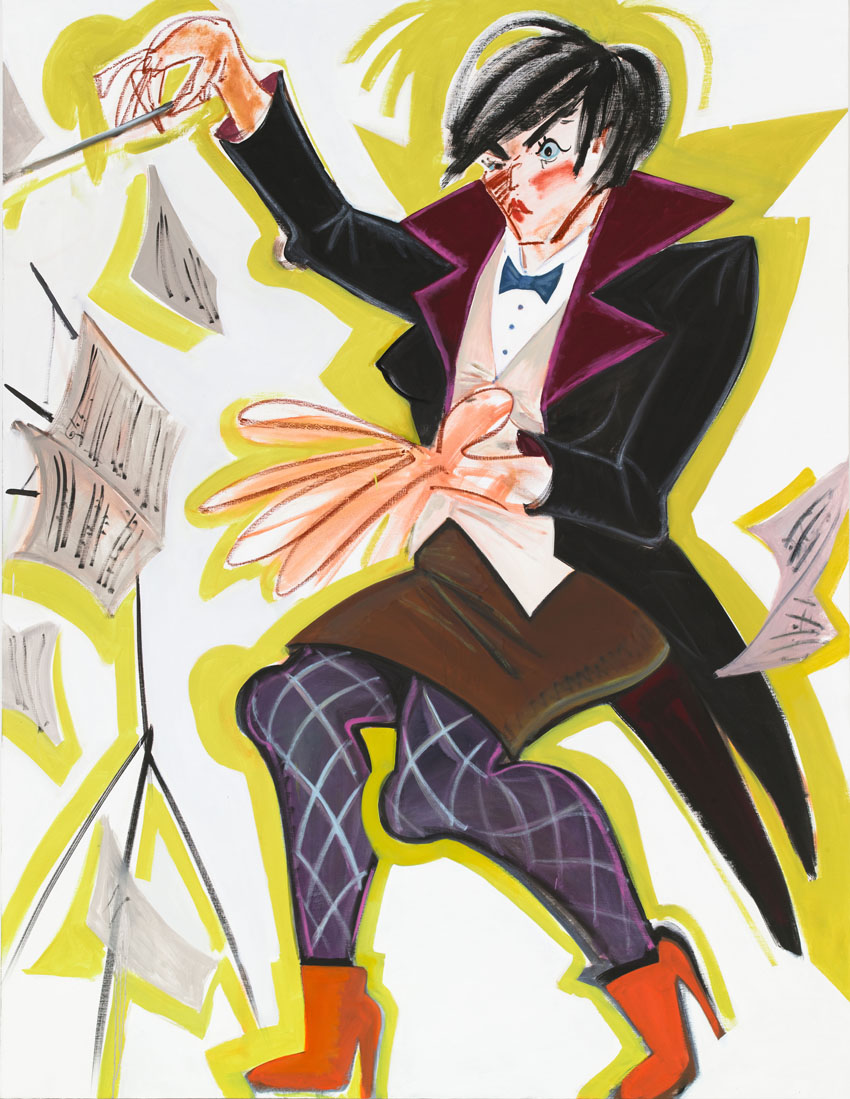 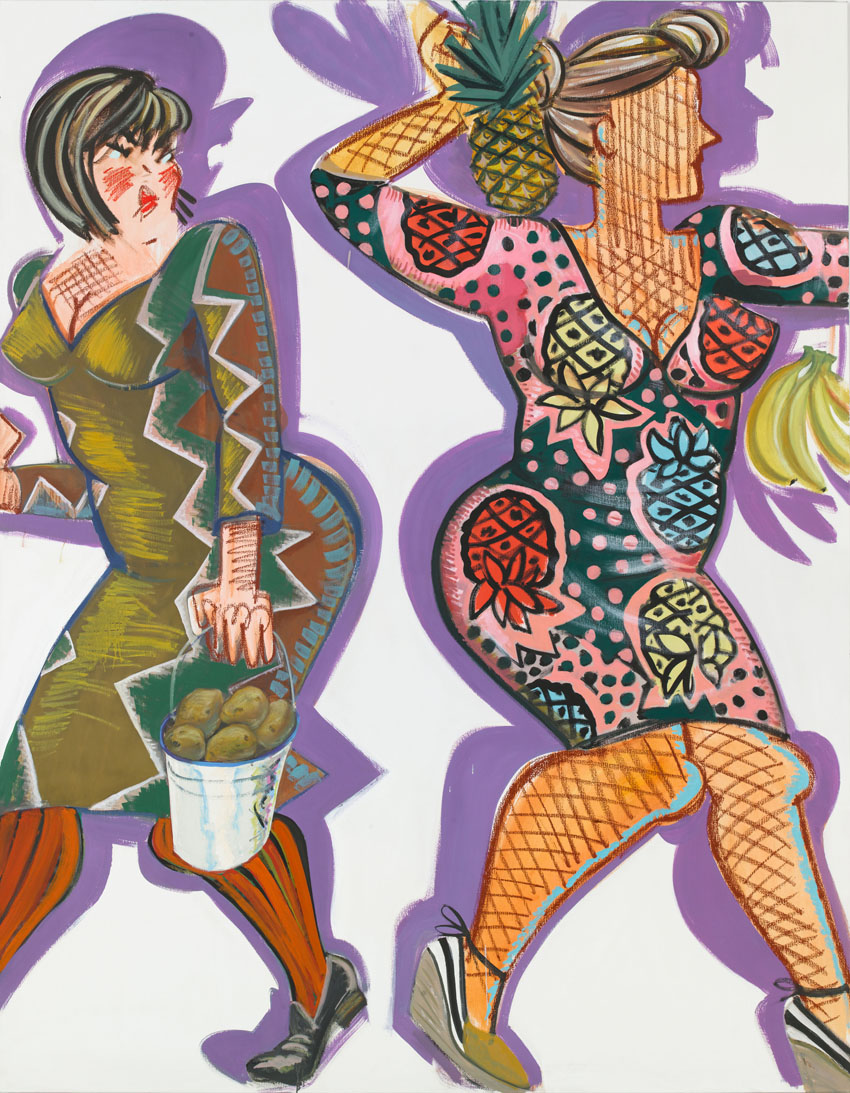 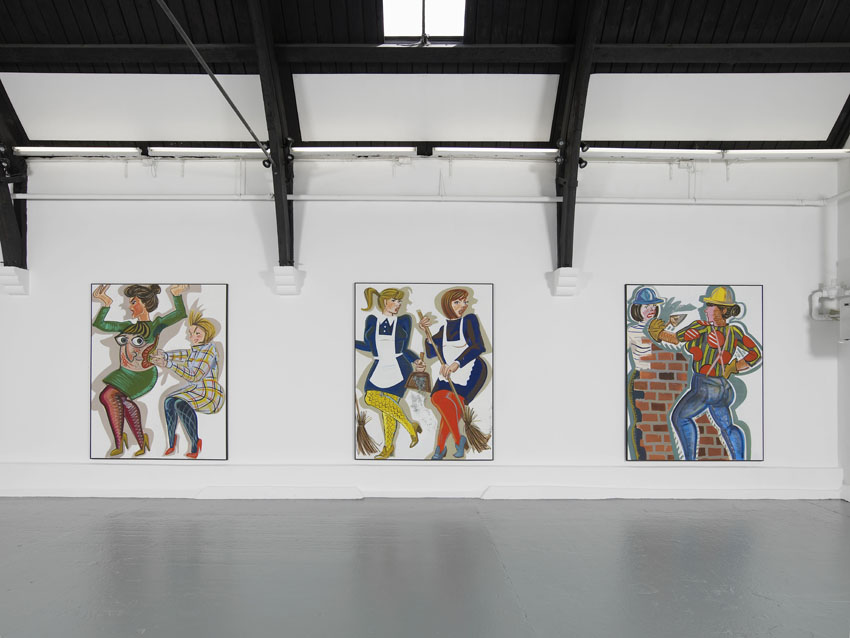 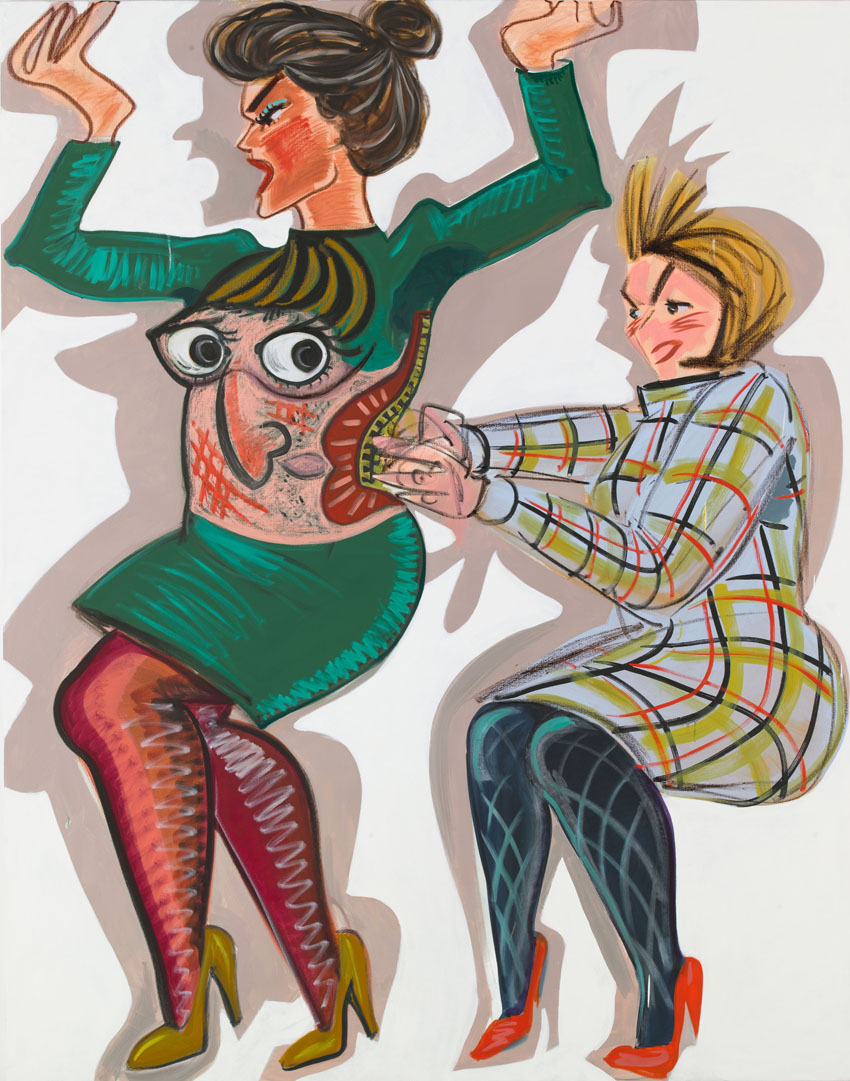 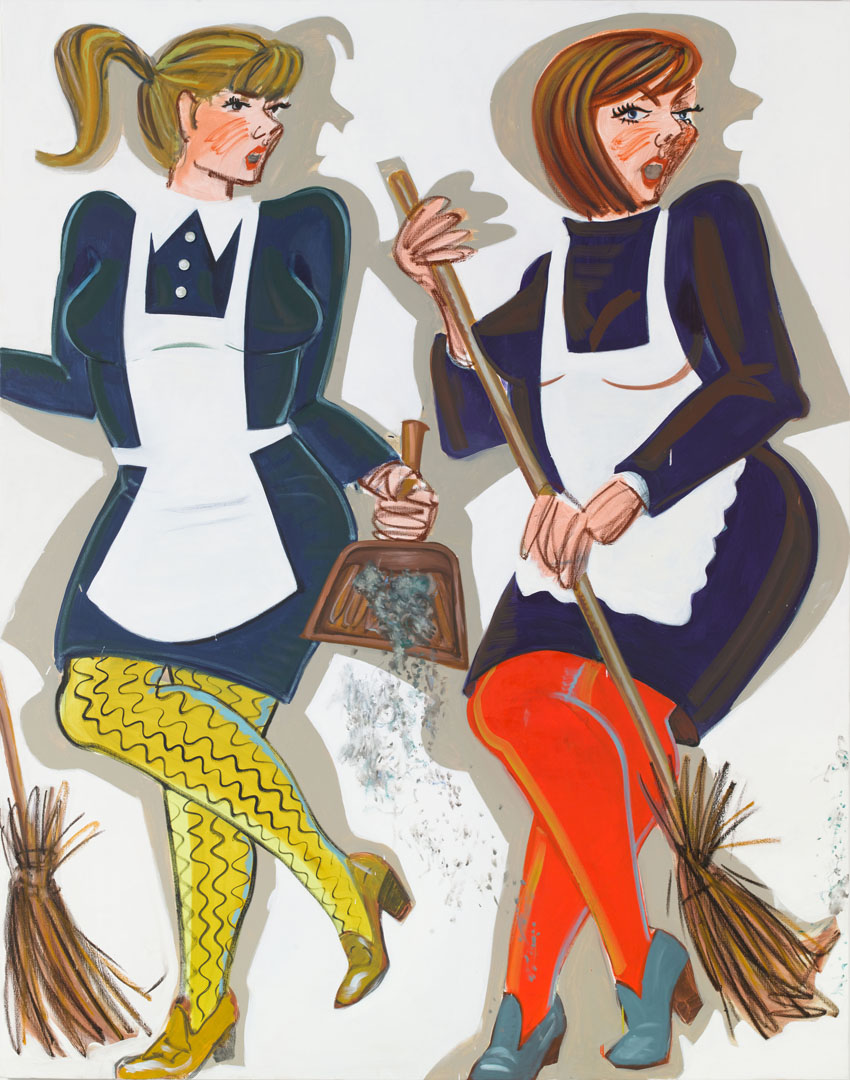 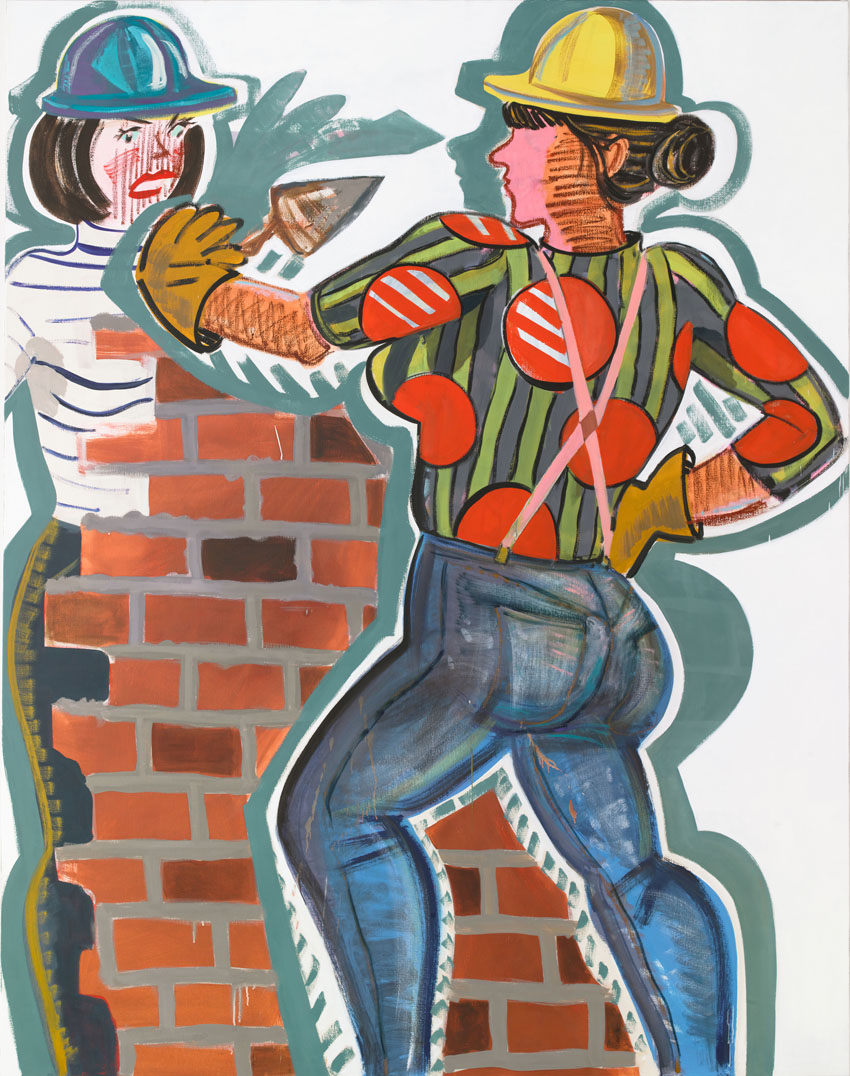 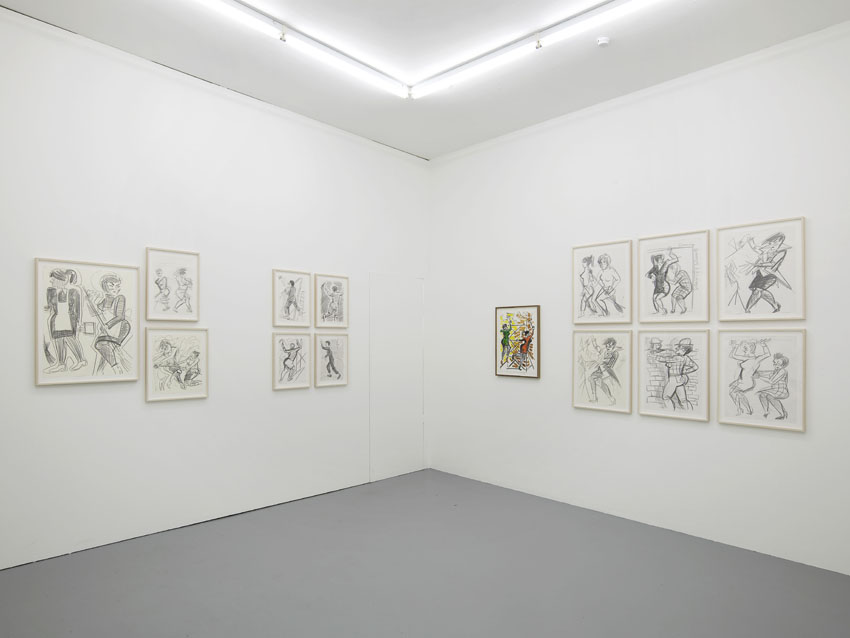 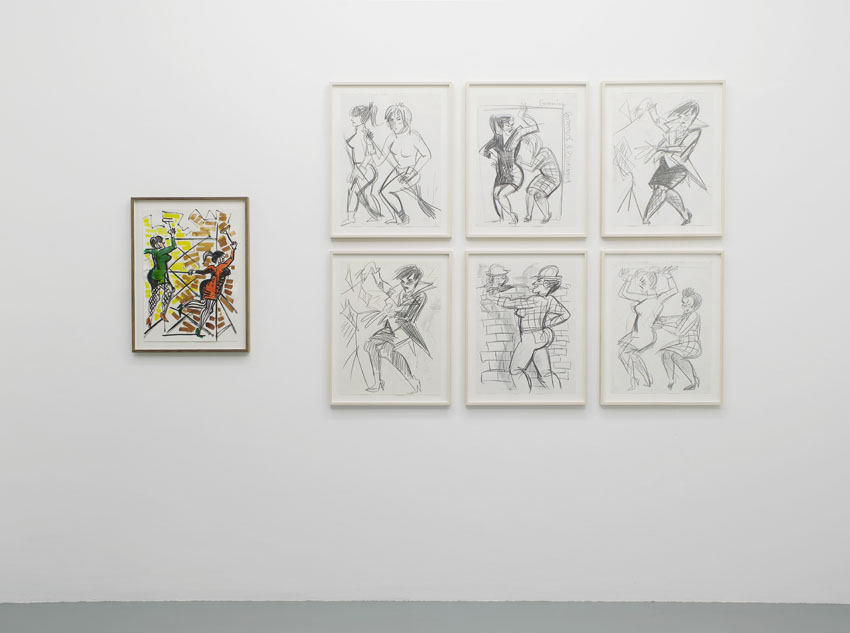 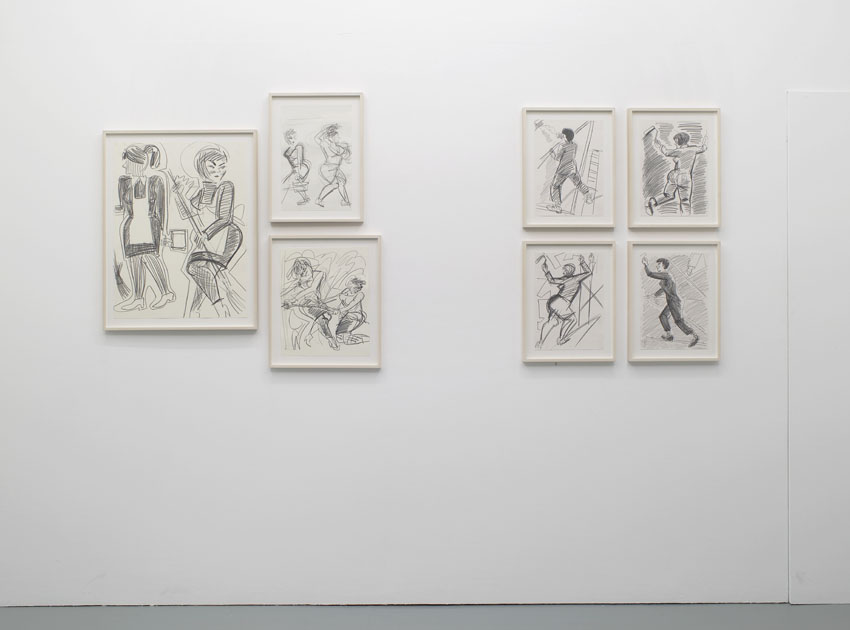 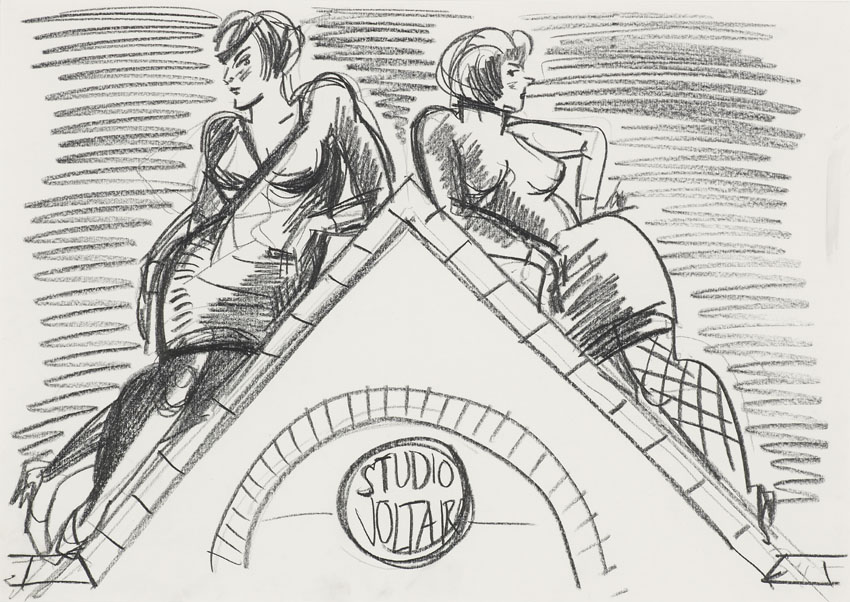 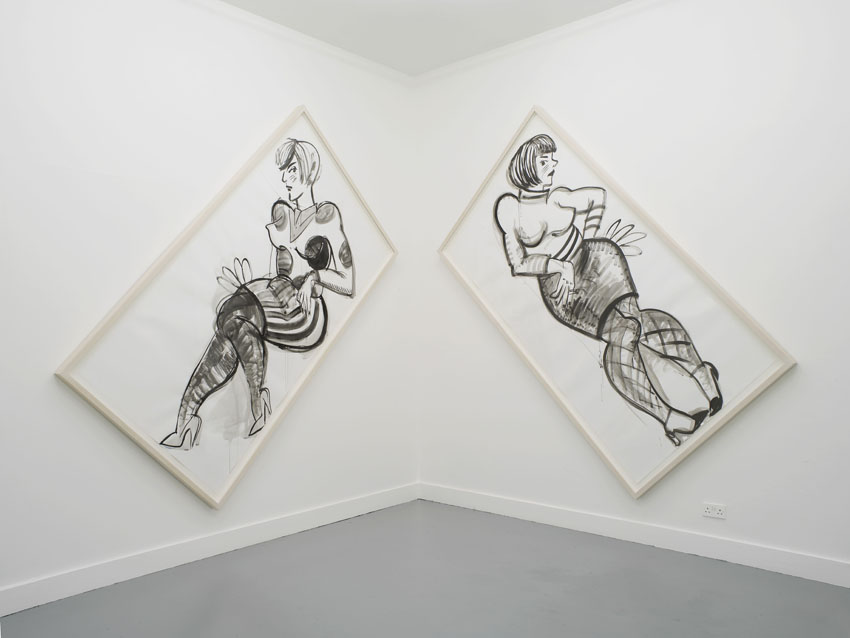 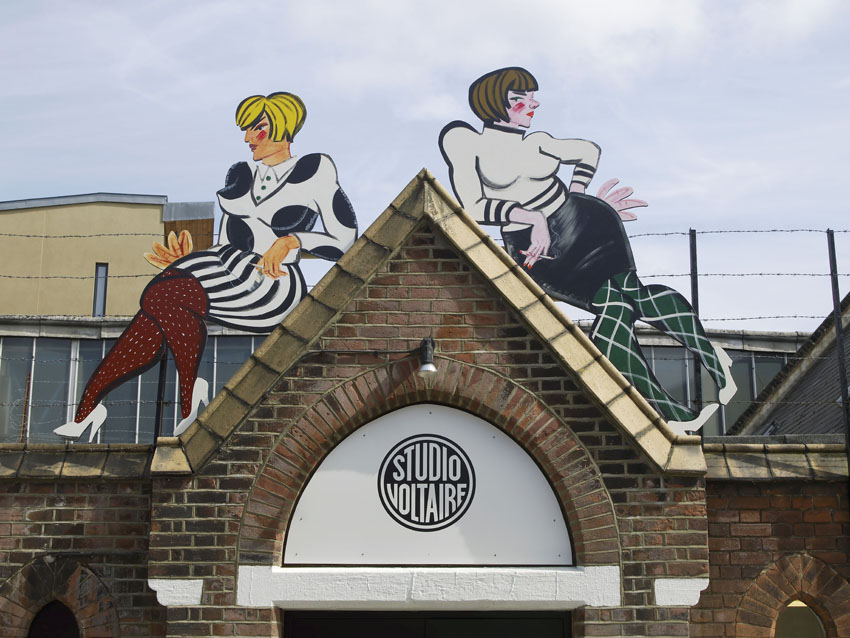 How to Work Together

Courtesy of the artist and Studio Voltaire