Drawing forms the basis for every piece Dirk Zoete creates. For him it is a way of thinking, a concentrated involvement in his work and a mirror in which to view and make art. Starting from drawings, he develops models, sculptures, architectural constructions, photos, films and also new drawings.

Dirk Zoete stages his imagination. He presents his conceptual models concerning man and the world on platforms and in stage sets that form part of his work. He directs variable scenes with a slightly absurd company of characters, animals and their props. In both his drawings and his spatial works, the emphasis is on the surface: the figures are flat and schematic and populate frontal spaces. They function as the signs in Zoete’s playful artistic language. The form of Dirk Zoete’s spaces and characters is reminiscent of the revolutionary stage sets and costumes of the German Bauhaus and Russian Constructivism at the beginning of the 20th  century. Except that his figures display a more human, almost melancholy nature. Some remind  us of the later portraits of farmers by the painter Kazimir Malevich. This is no coincidence, as Zoete is from a farming family. In his creations, the farming occupation is intimated by his choice of images and also literally in his choice of materials.

At S.M.A.K. Dirk Zoete is showing new and recent work – drawings, objects and prints – in a varying display that is midway between an exhibition and a temporary artist’s studio. To be determined. According to the situation is his first major solo exhibition in a Belgian museum.
Dirk Zoete’s oeuvre can be seen as one big work in progress. It functions as an entity in a constant state of movement, with shifting techniques, try-outs, changeable rules and individual images that expand into series. The artist directs, speeds up or slows down the flow, but shows no interest at all in unique, finished artworks. His imagination is inexhaustible and unstoppable. Dirk Zoete creates his own scenes and stage sets, in miniature or full size, invariably on the basis of drawings. Sometimes he completely transforms his studio or the exhibition space into a stage on which he sets living models. Wearing masks and theatre costumes, they perform actions, dance or adopt poses inspired by the situation or by spontaneous interaction with the artist. Their dance idiom follows the forms and lines of their costumes and the characteristics
of the props that they carry, bring on or remove.

While these stage settings are being created, the artist is behind the camera to capture the various stages and variations of the performance. In this way he reduces the set and the moving figures and objects to two-dimensional images, like the drawings that initially inspired them. Zoete sometimes assembles the photos into stop-motion series reminiscent of the iconic studies of movement by the 19th-century photographer Eadweard Muybridge. Zoete’s series of moving images at a standstill have a similarly odd effect. Dirk Zoete also draws on the photos, photographs these new versions, works on or reworks them manually or digitally and ultimately presents them as photos in decorative frames that he makes himself. These playful transformations bring reality, performance, photo, drawing and imagination into an unexpected equilibrium. No one medium ever dominates another. The images reveal their many layers and open themselves to numerous ways of reading.

Lastly, the artist uses everyday things, sculptures and self-made objects in wood, metal and wool to build three-dimensional compositions. They seem like snapshots or ‘in-between models’ and suggest a wide range of variants. The only constant is the angle of view: it is always frontal. The frontal view is actually the image. The sides and profiles play no part and
the back is utterly unimportant. So the artist produces his spatial compositions like drawings and thus, after a process that took place in space, he ends up with a flat image. This in its turn creates possibilities for the development of new work. 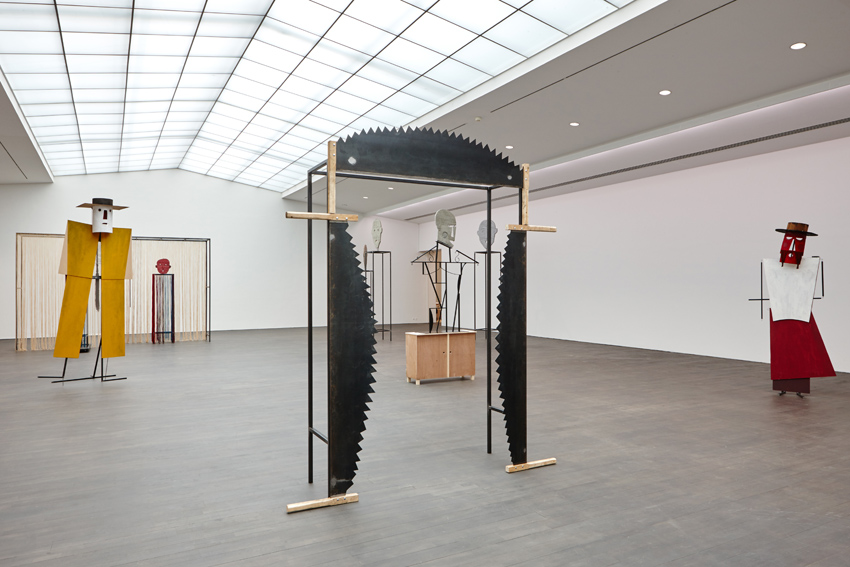 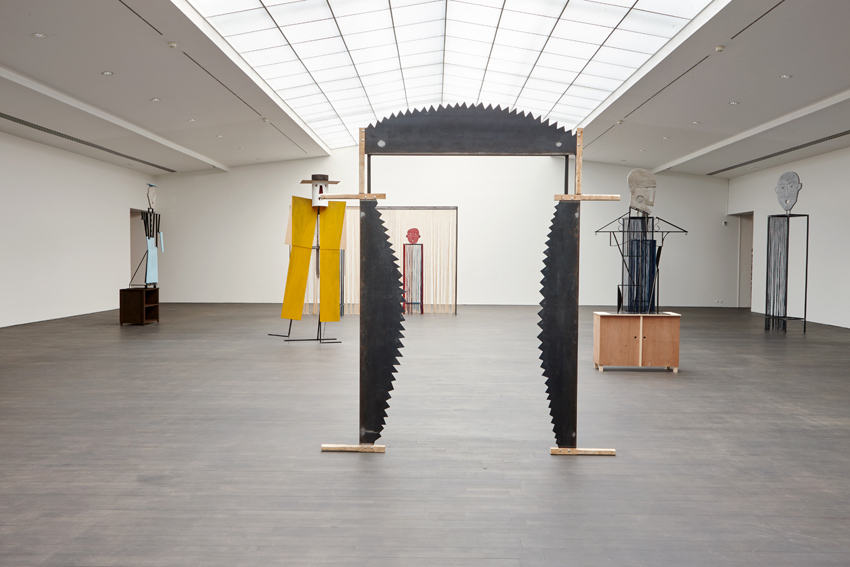 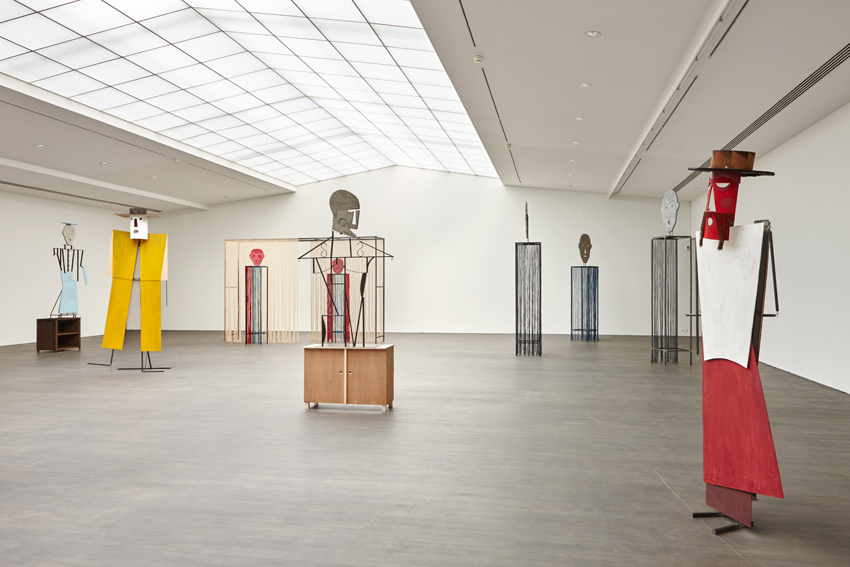 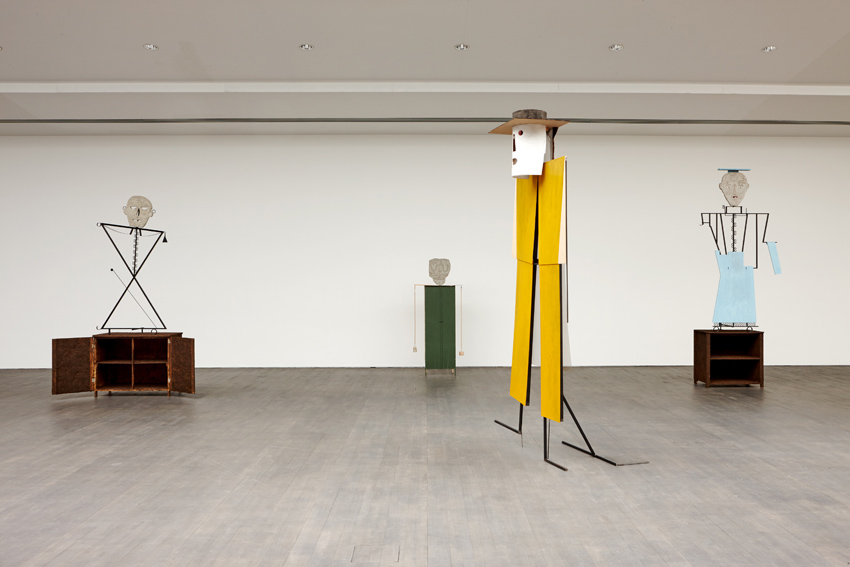 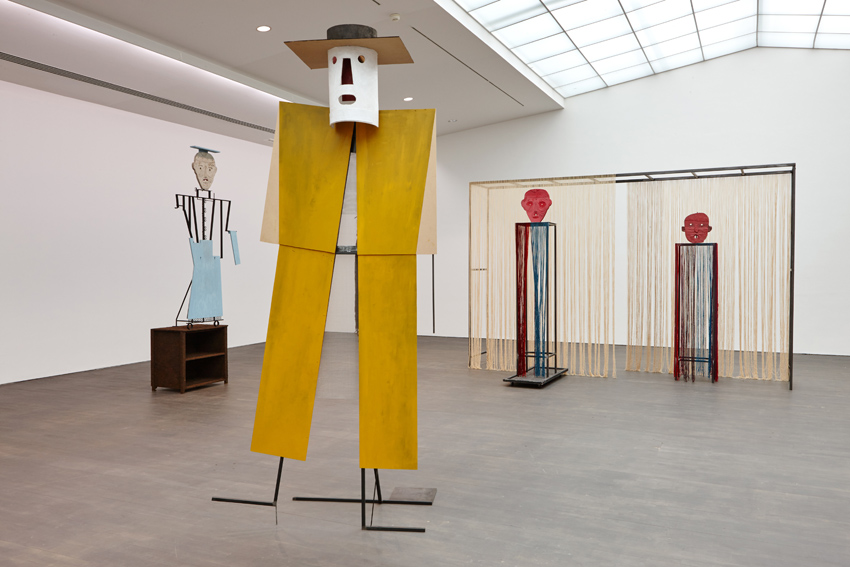 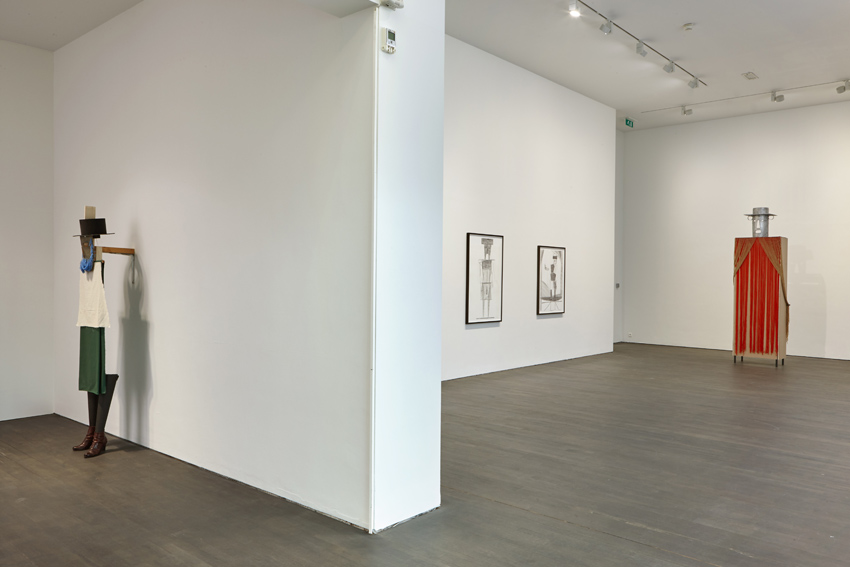 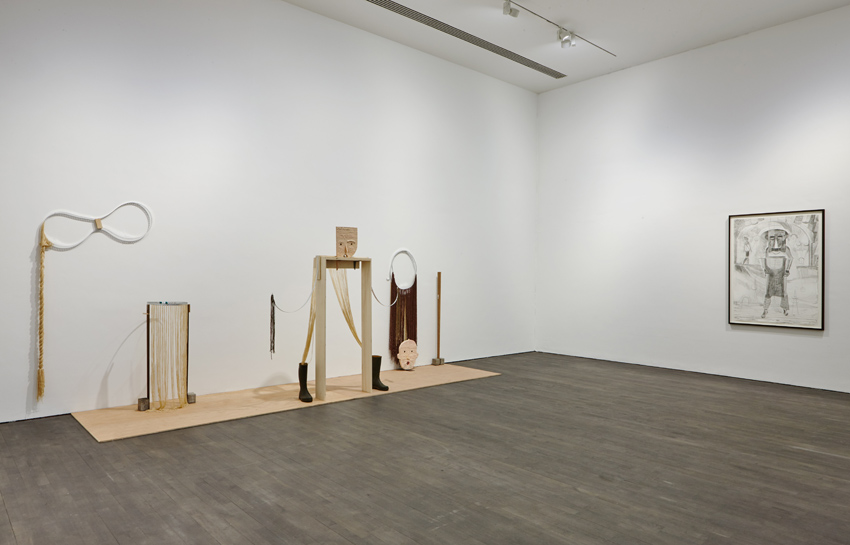 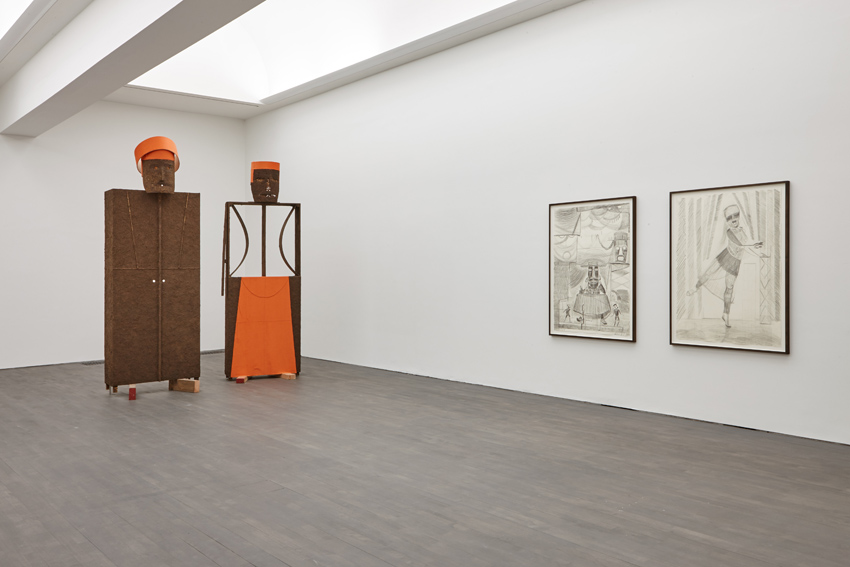 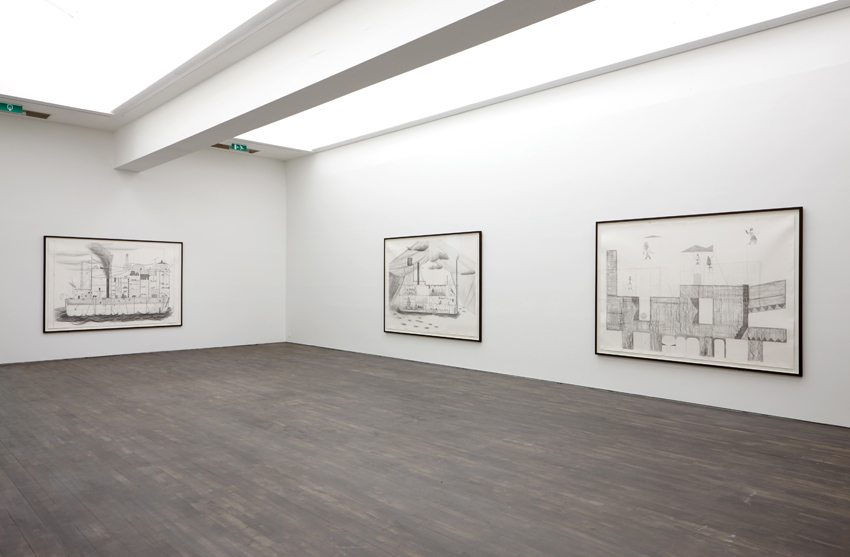 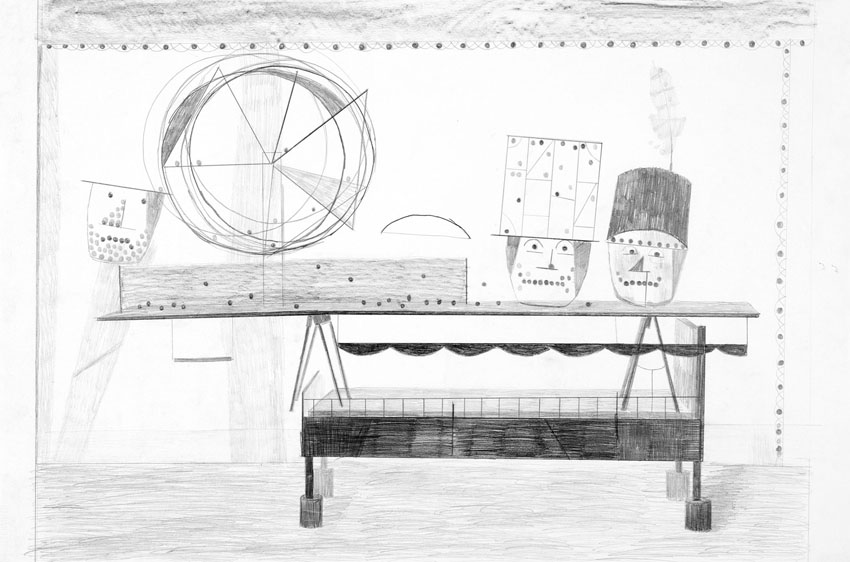 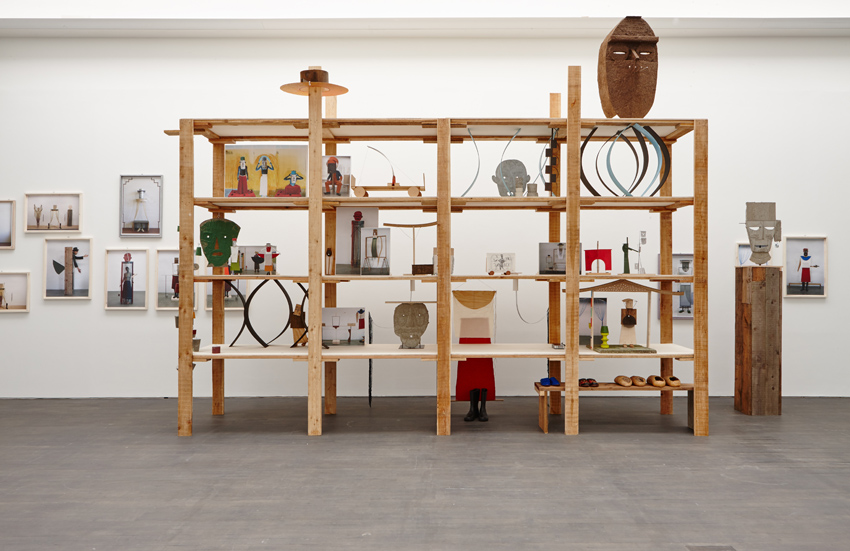 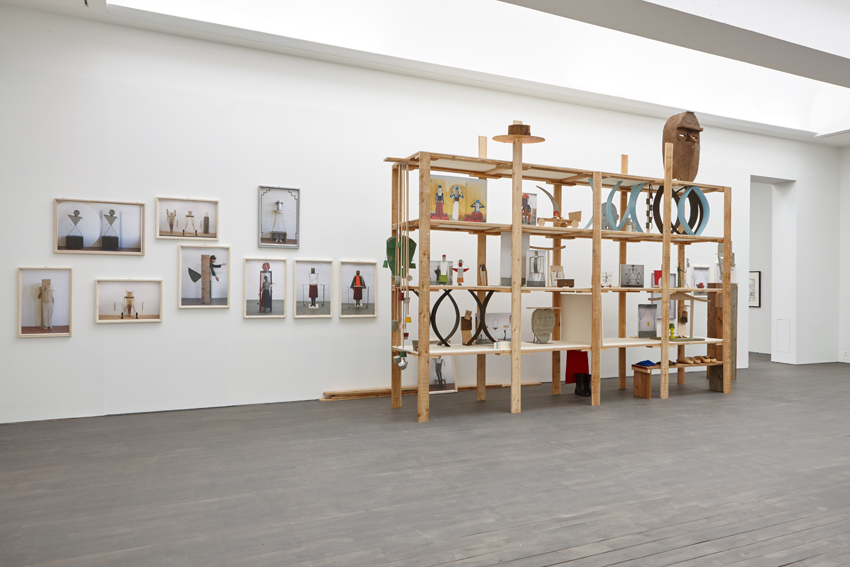 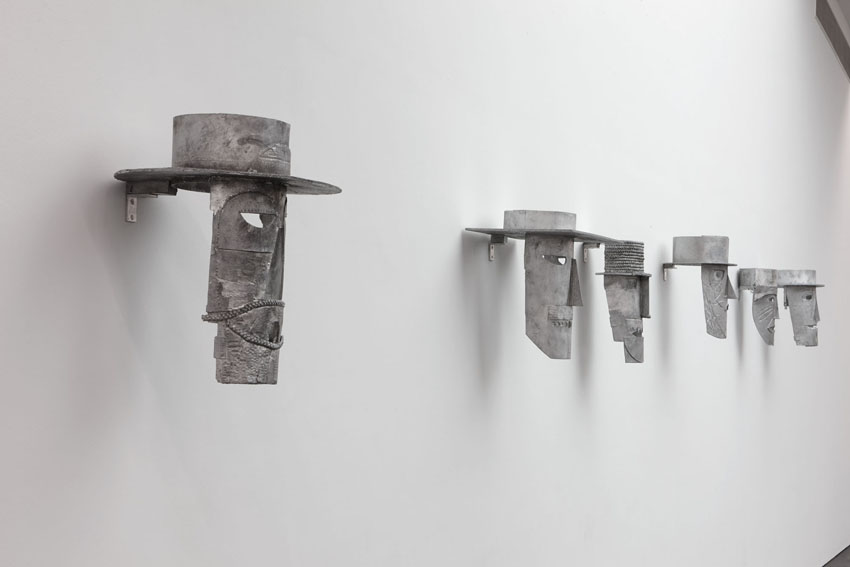 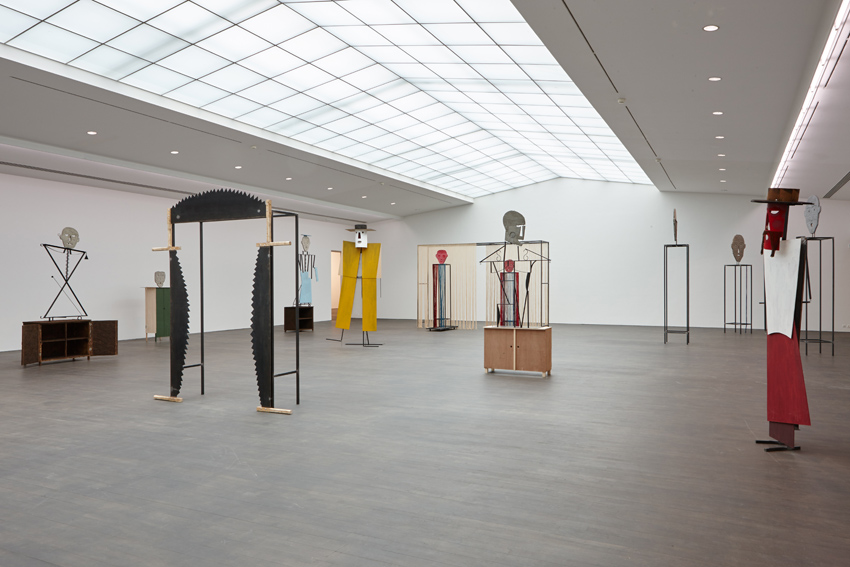 To be determined. According to the situation

Courtesy of the artist, S.M.A.K. and Galerie Zink

(43 x 55 cm – edition of 15 copies in an artist-made veneer frame, signed and numbered by the artist)

COLLECT ART FROM FRIENDS OF S.M.A.K.